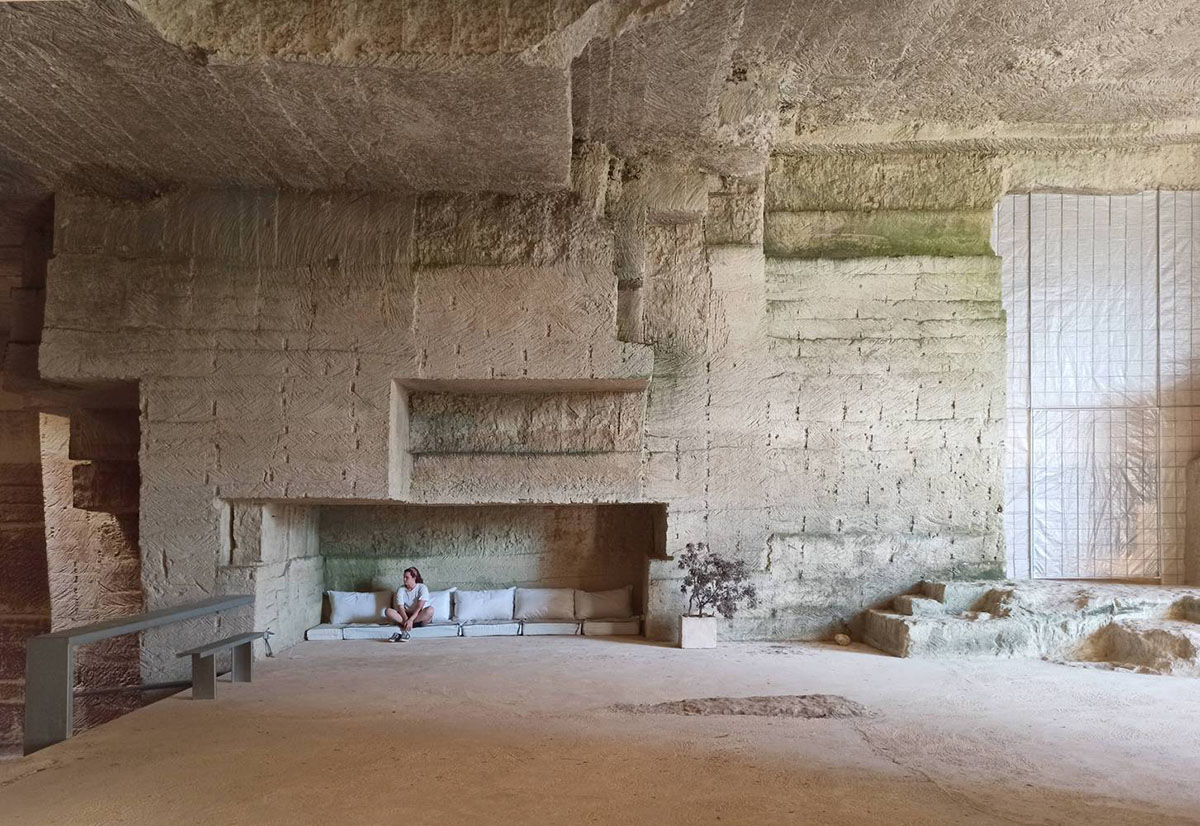 Ensamble Studio has carved out a former sandstone quarry to design a dwelling on the island of Menorca, Spain.

Named Ca'n Terra House, the house has been placed within the existing sandstone quarry that was used by the military as ammunition dump during the Spanish Civil War but the formation was later abandoned. 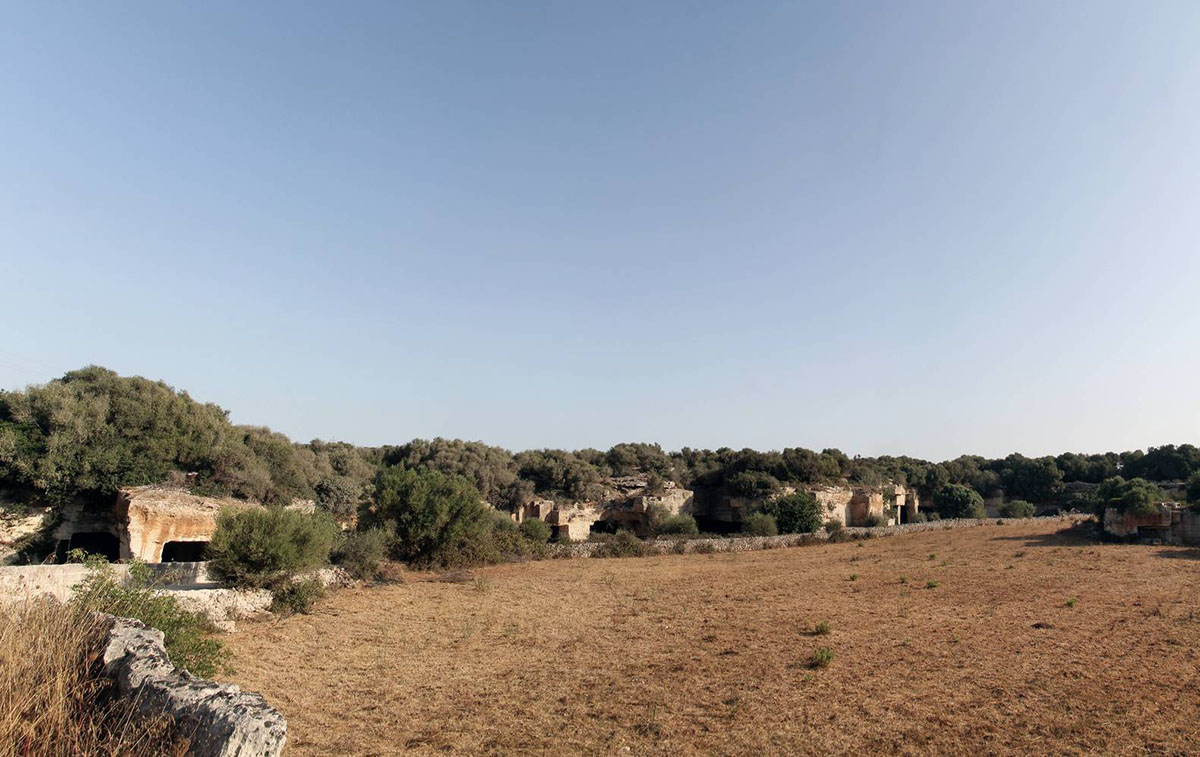 The architects used this industrial logic and existing sandstone quarry to revel its artistic potential, they transformed the place into a raw and sublime cavern carved by hand with its mineral nature as an extract of the stony landscape on the island of Menorca.

The 1,000-square-metre space has not ben designed with a familiar plan layout, the nature of the stone quarry decided the flow of functions. 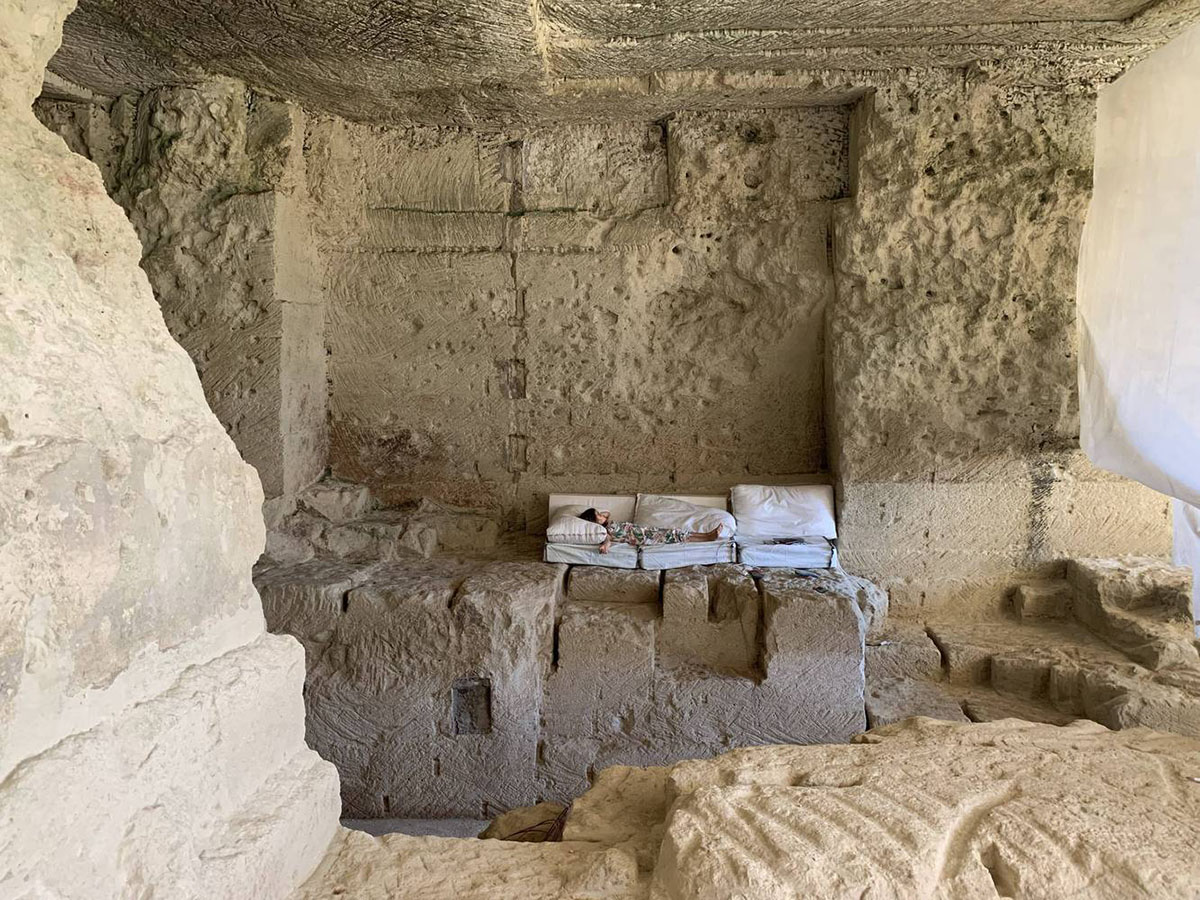 "Finding this excavated space in the guts of the earth and reinventing its use implies writing a new story that can rescue it from its abandonment," said Ensamble Studio.

"If the history of civilization has evolved transforming ideas into matter, here the process is inverted." 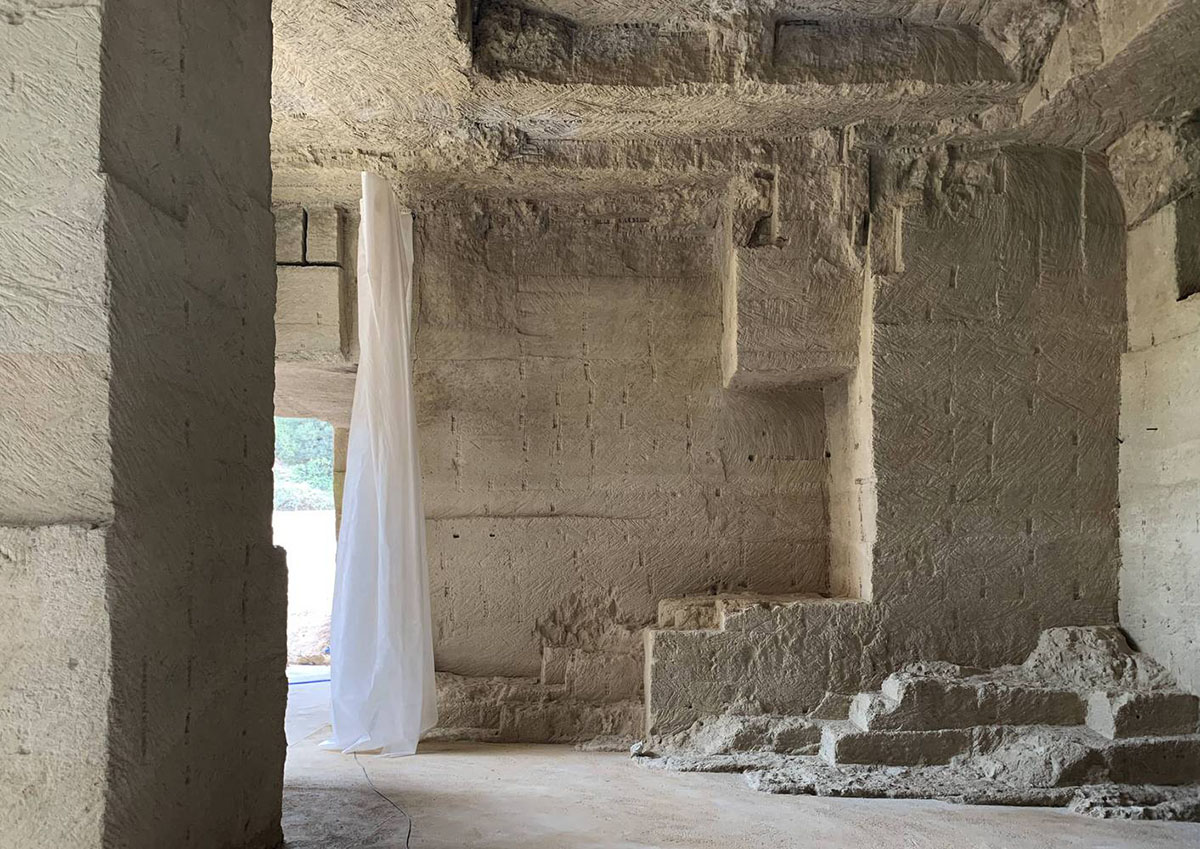 According to the architects, the design of this project is entirely a new discovery to place all living functions in it.

"We enter the space like explorers would do, equipped with the technology that expands our vision in the dark; scanning the solid structure that was built for us," the architects added. 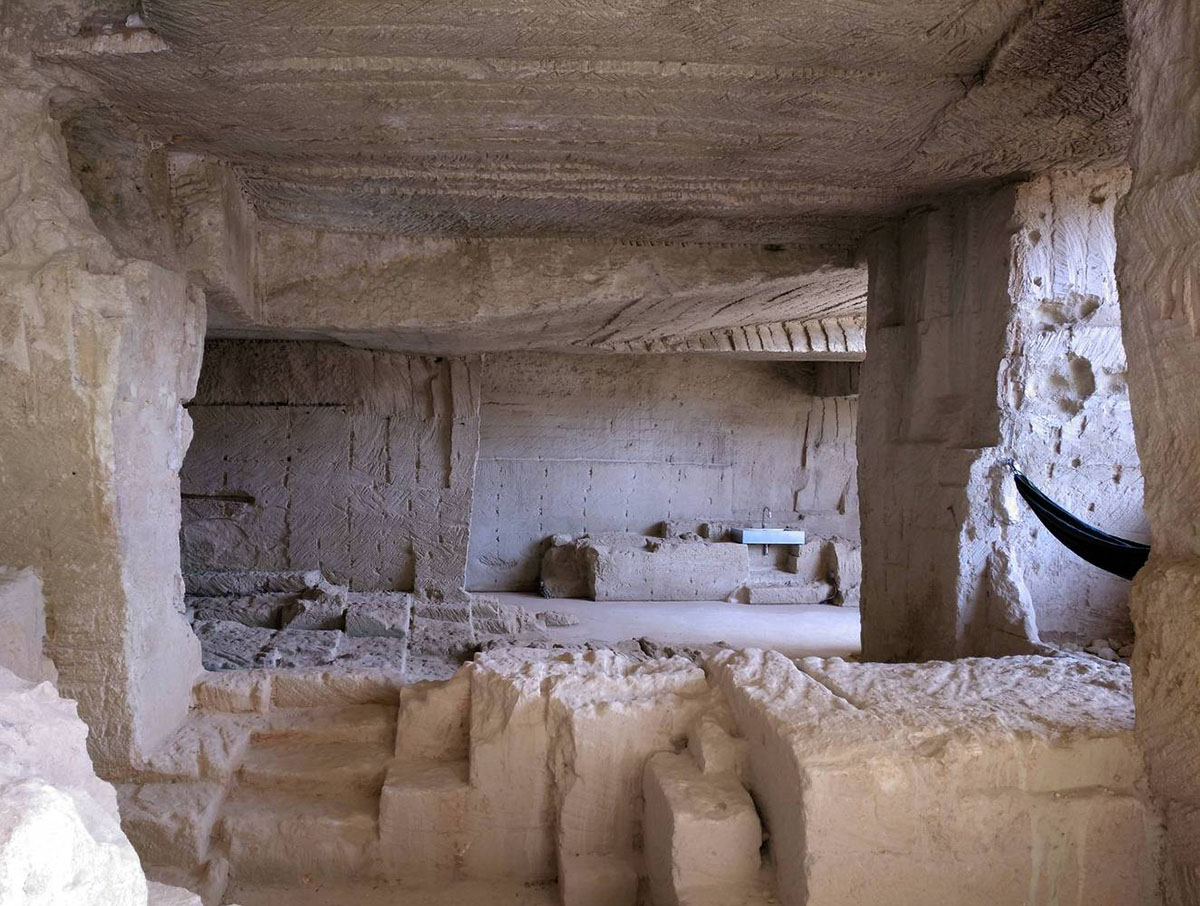 By scanning every point of the structure, the architects tried to direct, interpret and create the space again, completing it with operations that are familiar to the stone mass - they decided to open new cuts to build using air and light.

They carved out three skylights in the darkest corners to get natural light and ventilate the space. They also cleaned all stone surfaces from the mold and dirt accumulated. 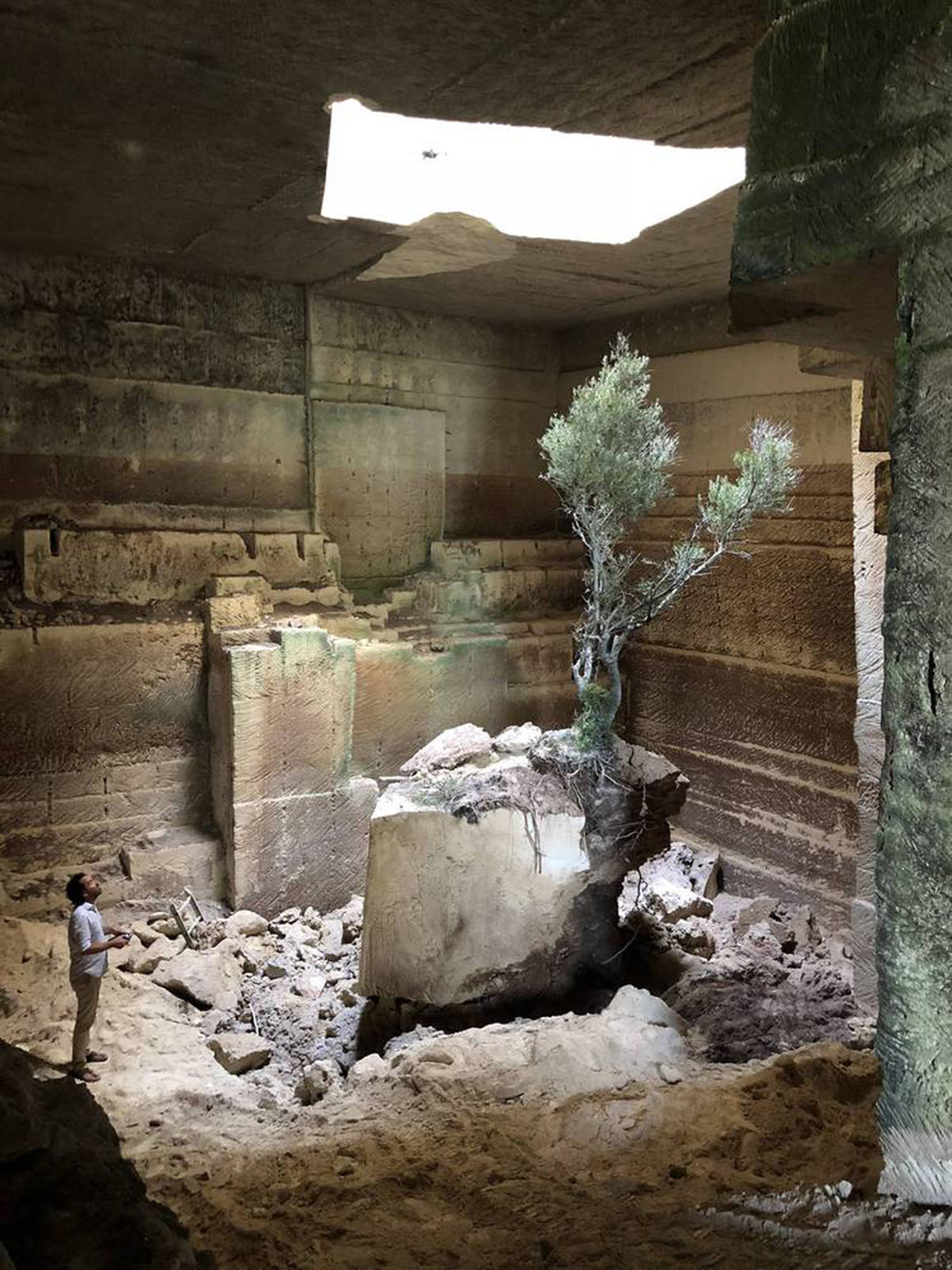 According to the studio, introducing a piece of furniture would help to define it as a dwelling. They added translucent curtains in the interiors to delimit areas of intimacy. 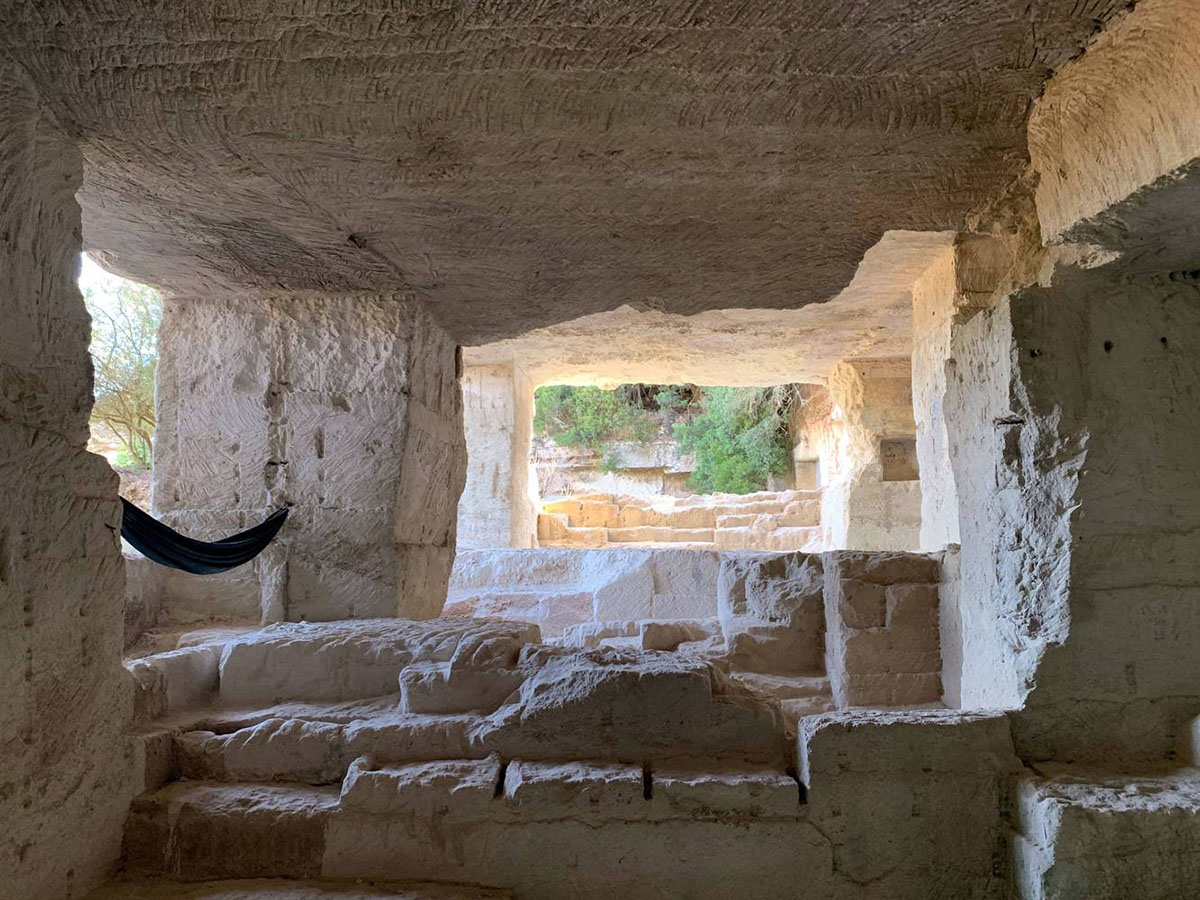 "Mechanical systems are integrated in a series of casted slabs that follow the topography of the cave and mixes cement with Mares powder to create a new stone," the studio continued.

"Solar panels, septic tank and water cistern enable its use off the grid." 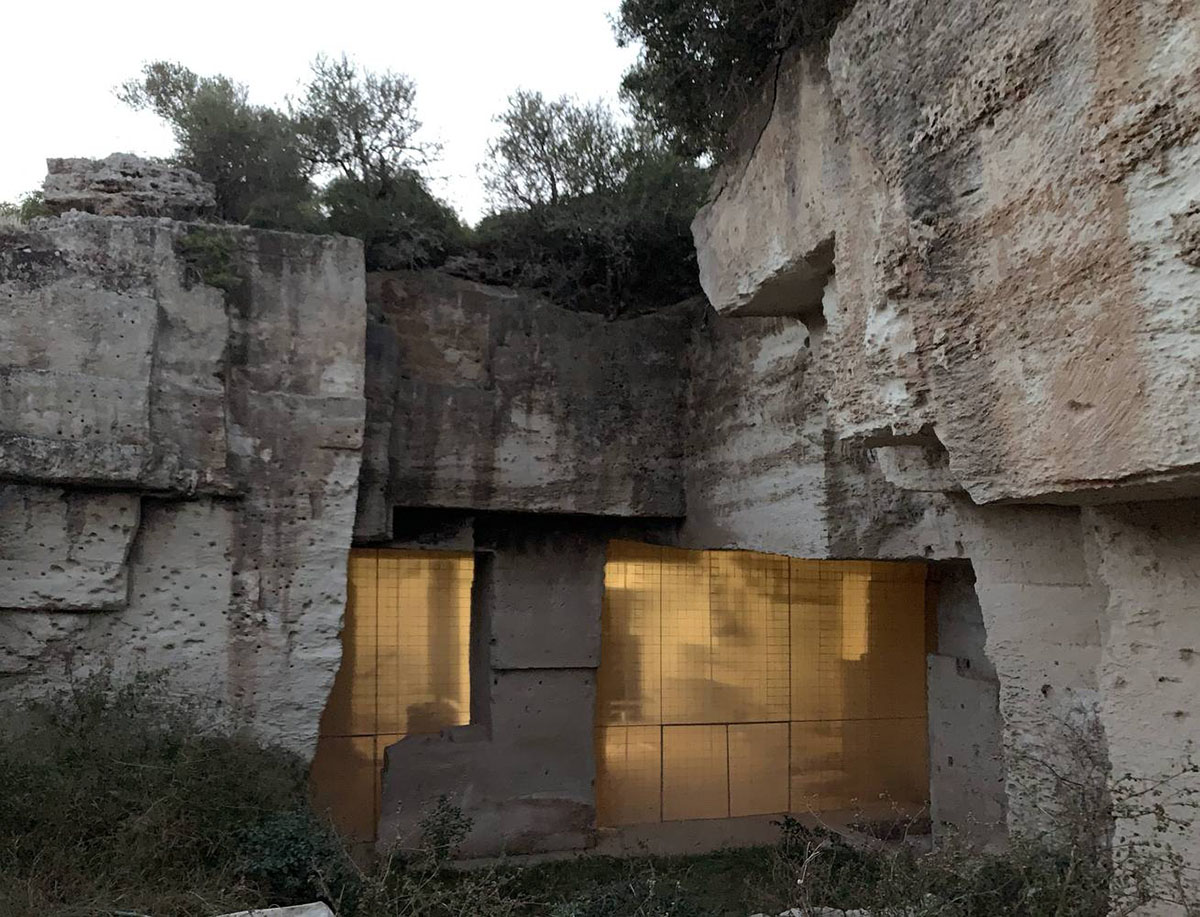 Apart from the fact that you cannot identify which room is where, the house is completely improvised and gives the feeling of living in a cave.

"Architecture appears and we can inhabit," added the studio.

"In lieu of the imposing action that we often exert on the environment, we propose a trip to the interior being of matter, and recognize the beauty of the spaces that are waiting to be lived." 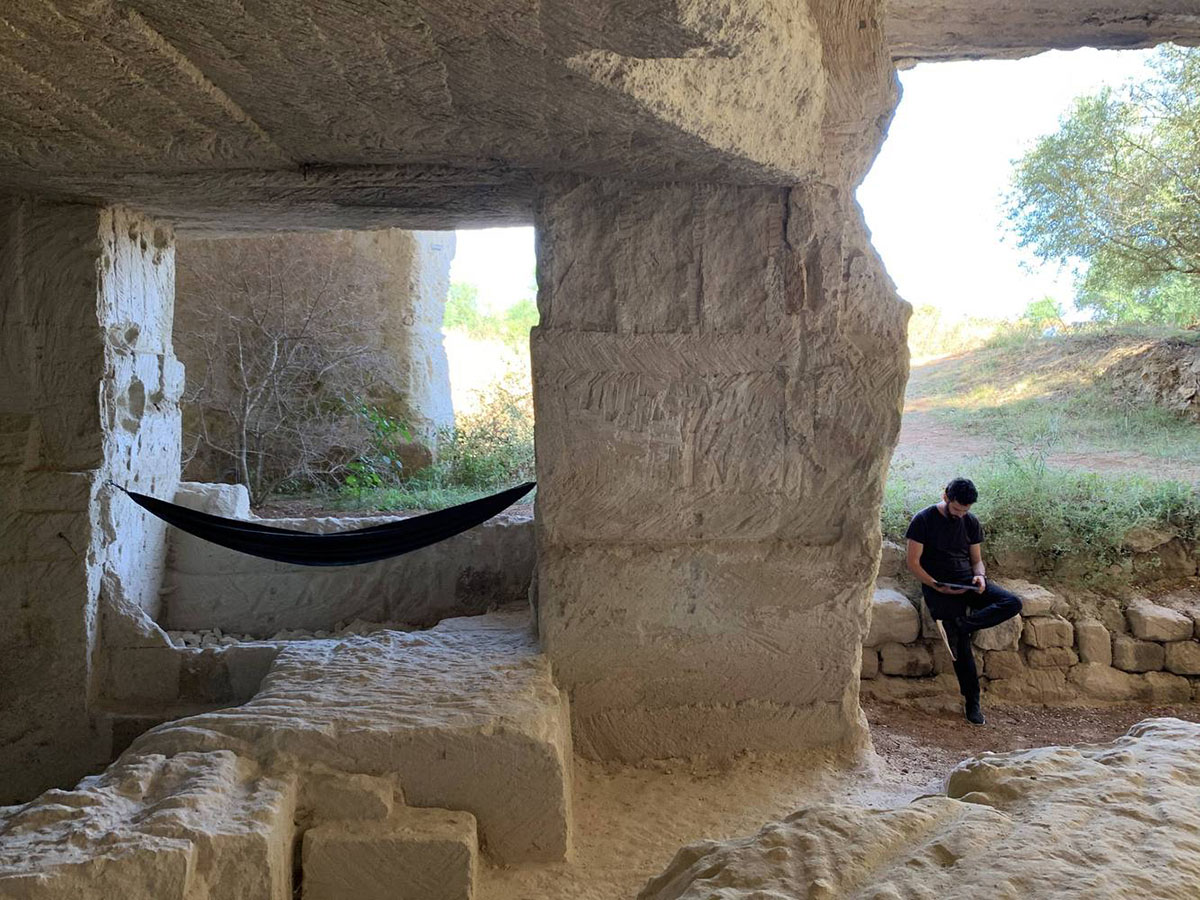 As the architects highlight, "this is a project that boldly seeks a balance between nature and artifice, between histories and times, between people and the environment." 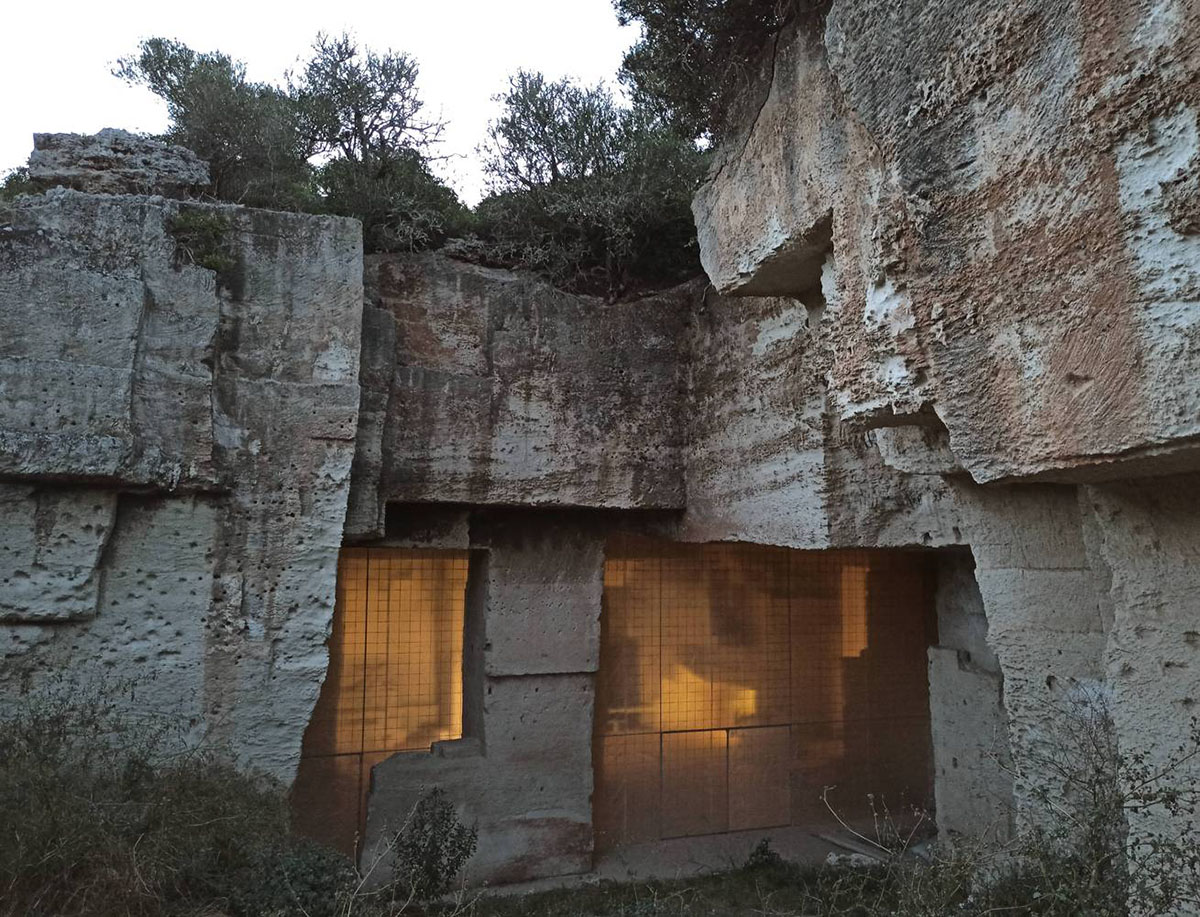 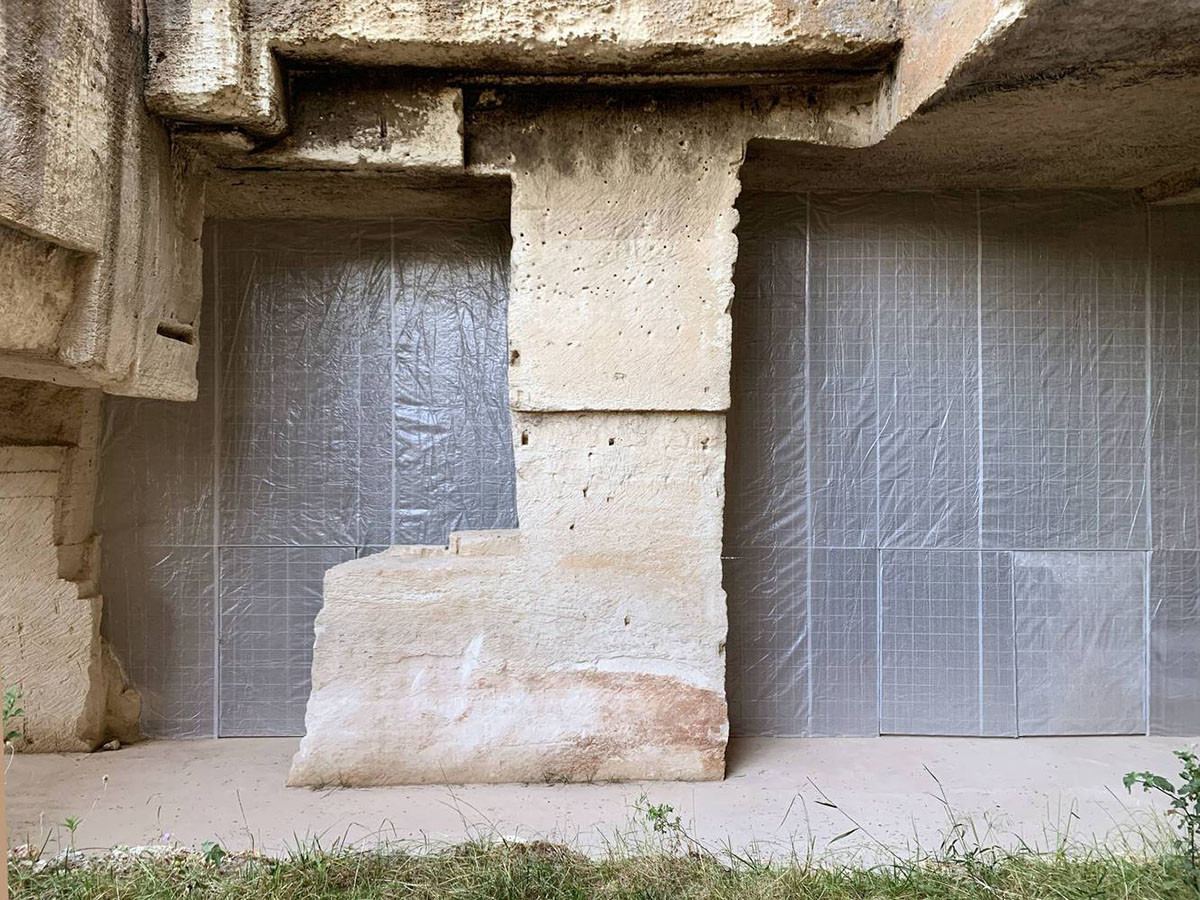 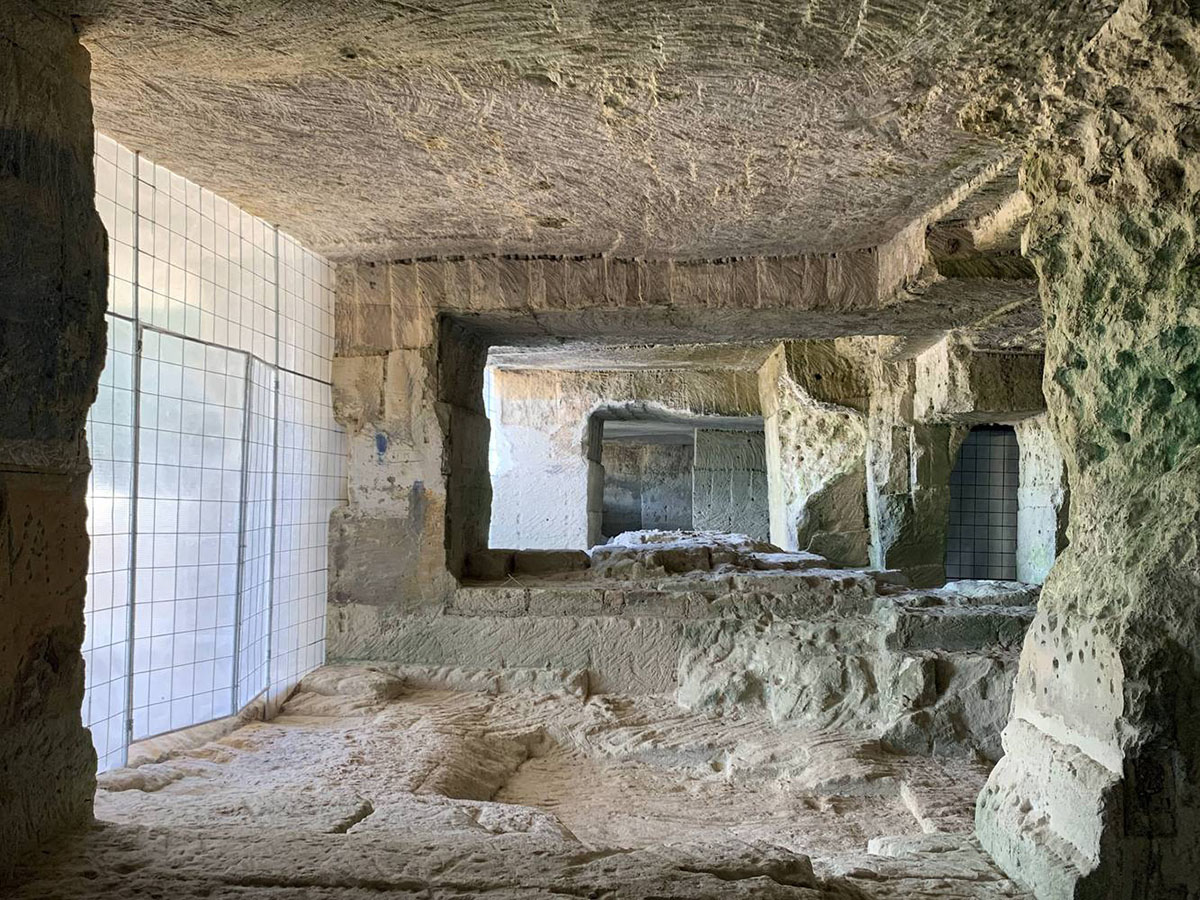 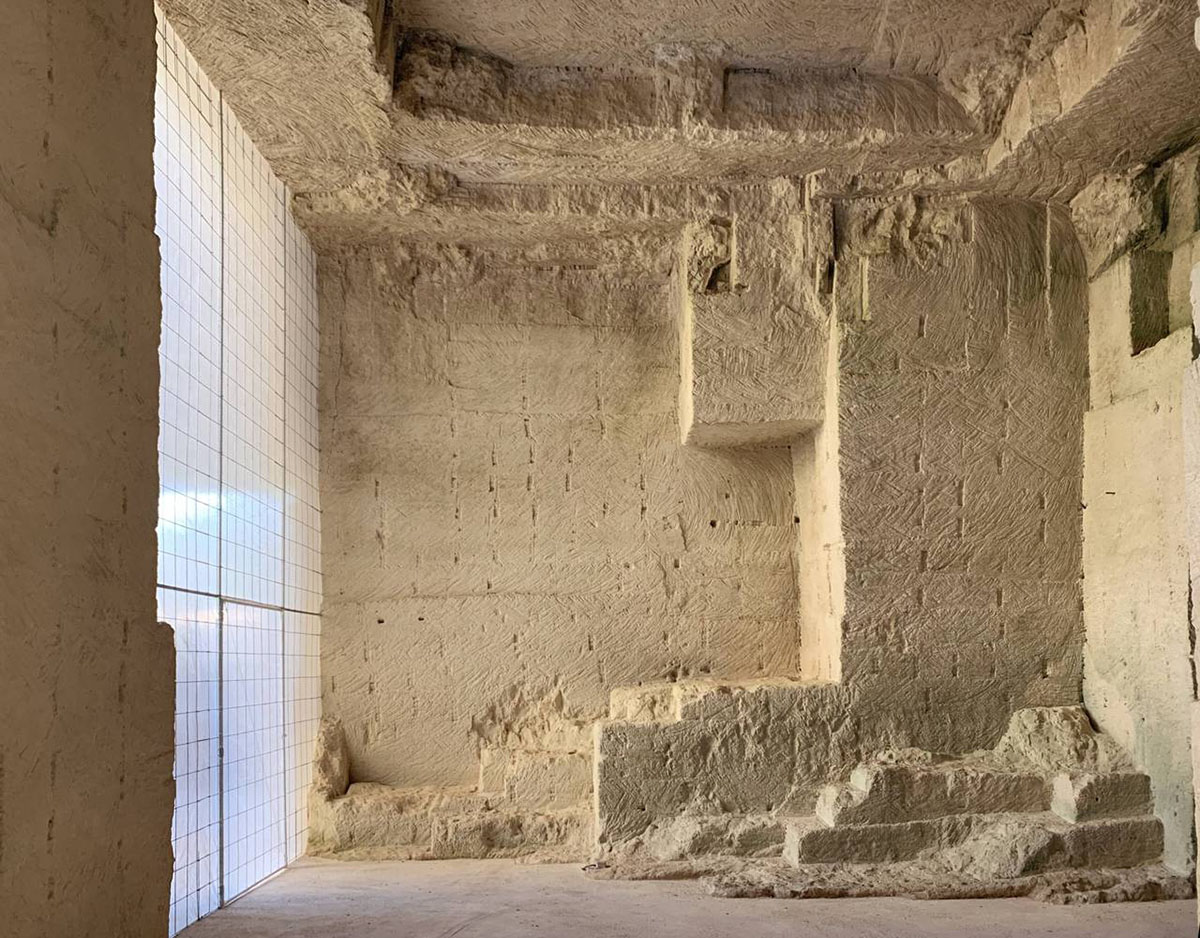 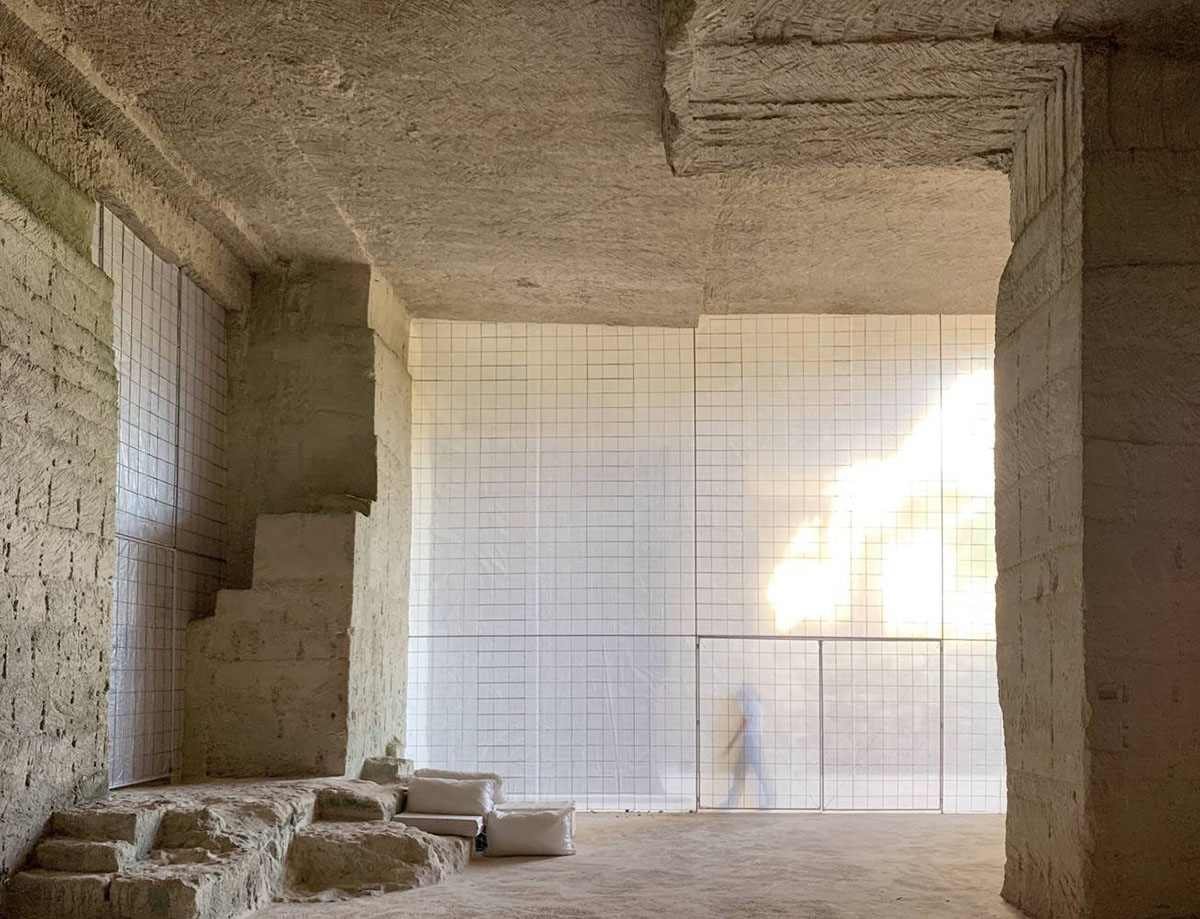 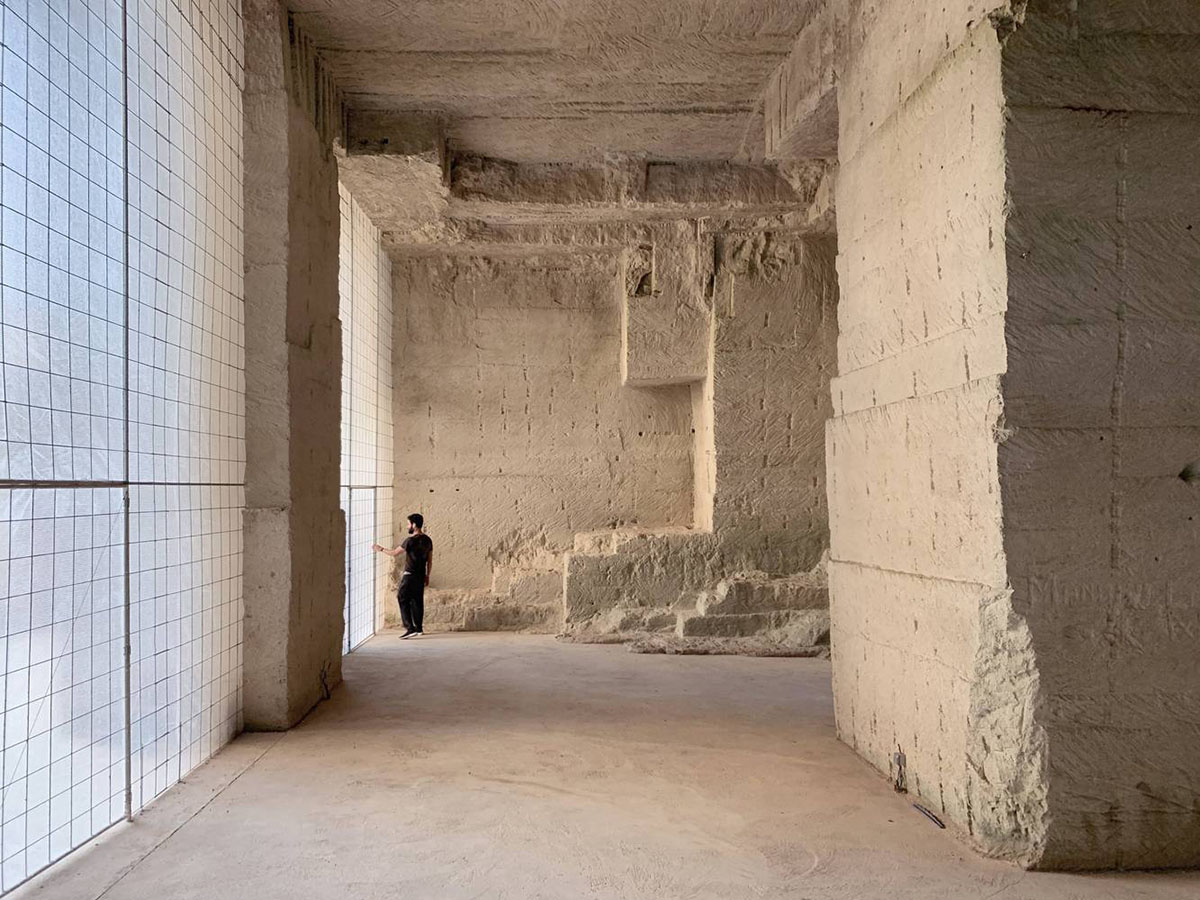 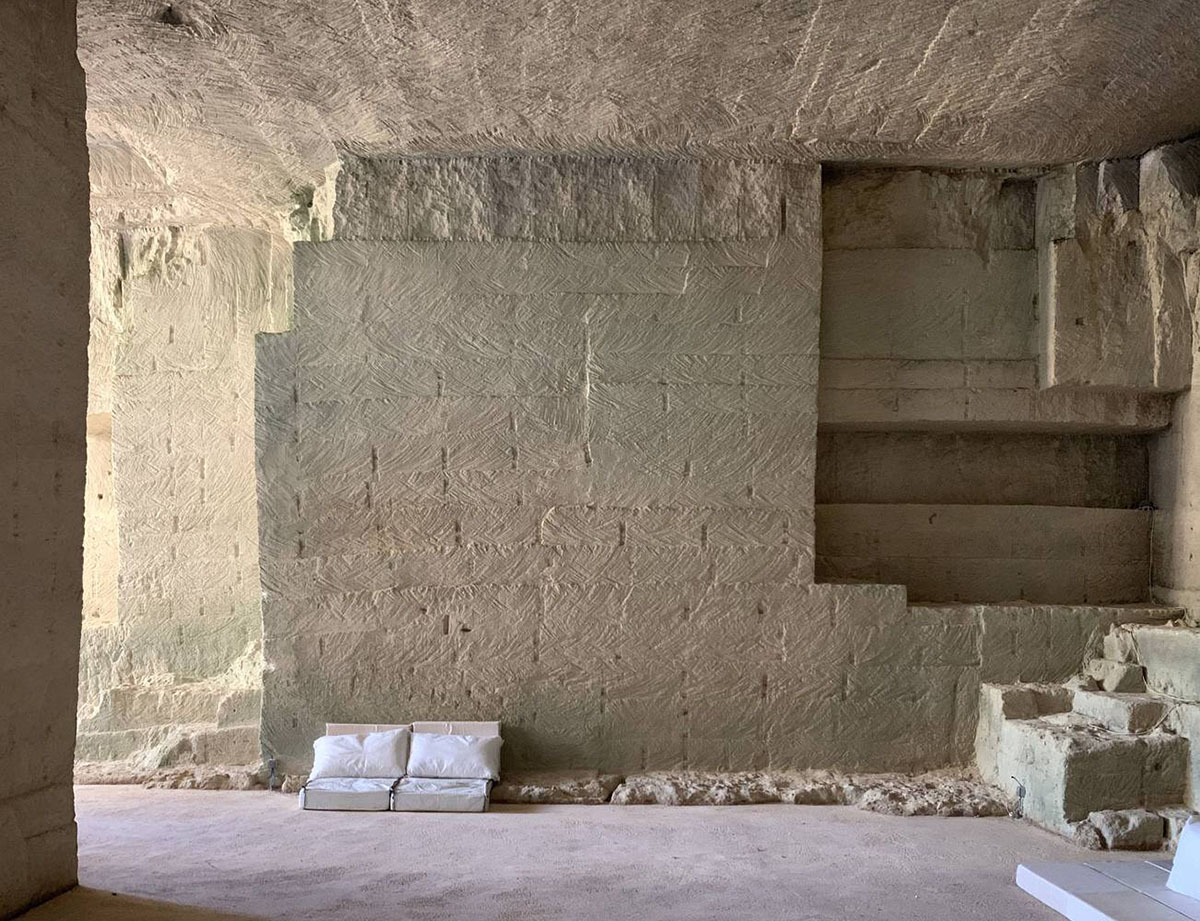 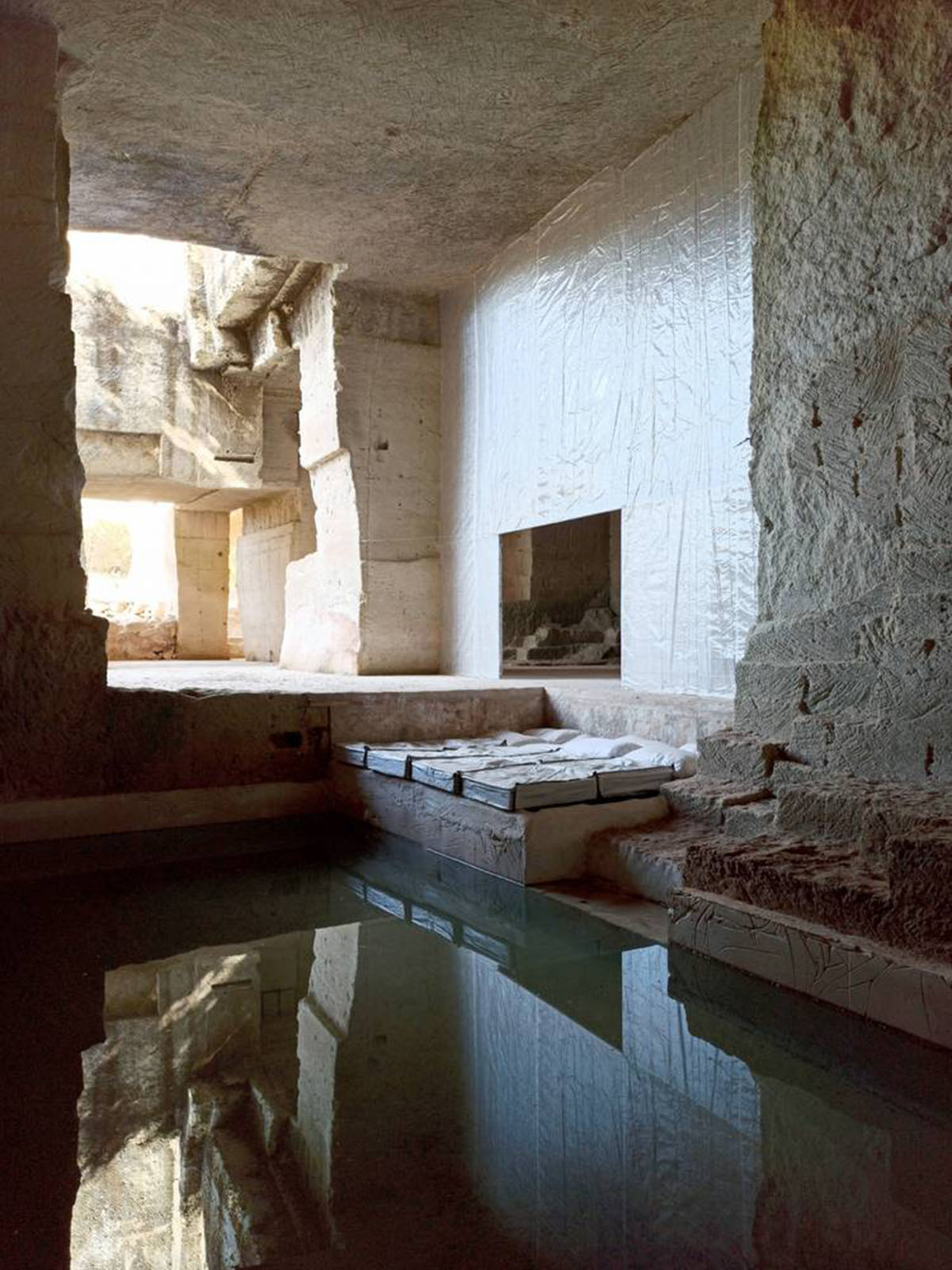 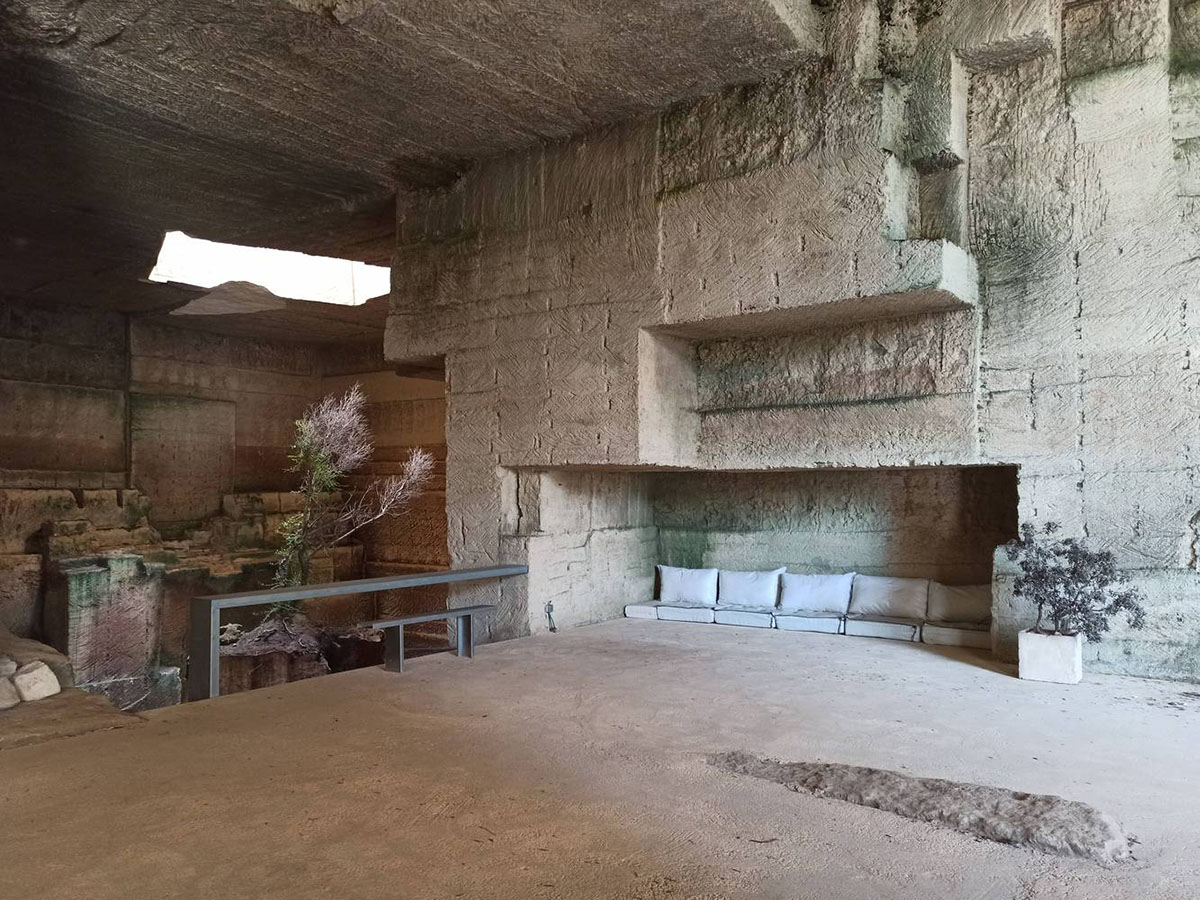 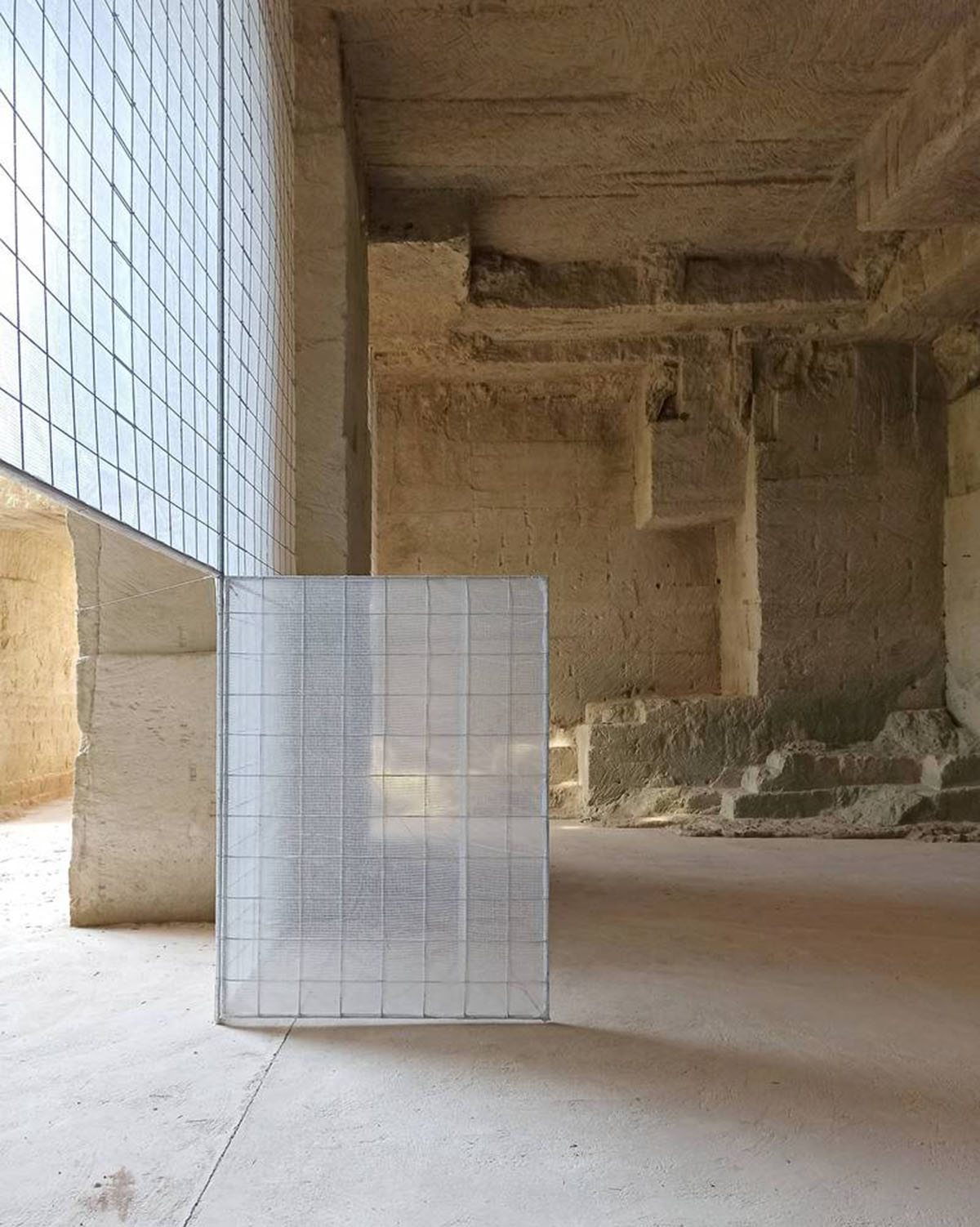 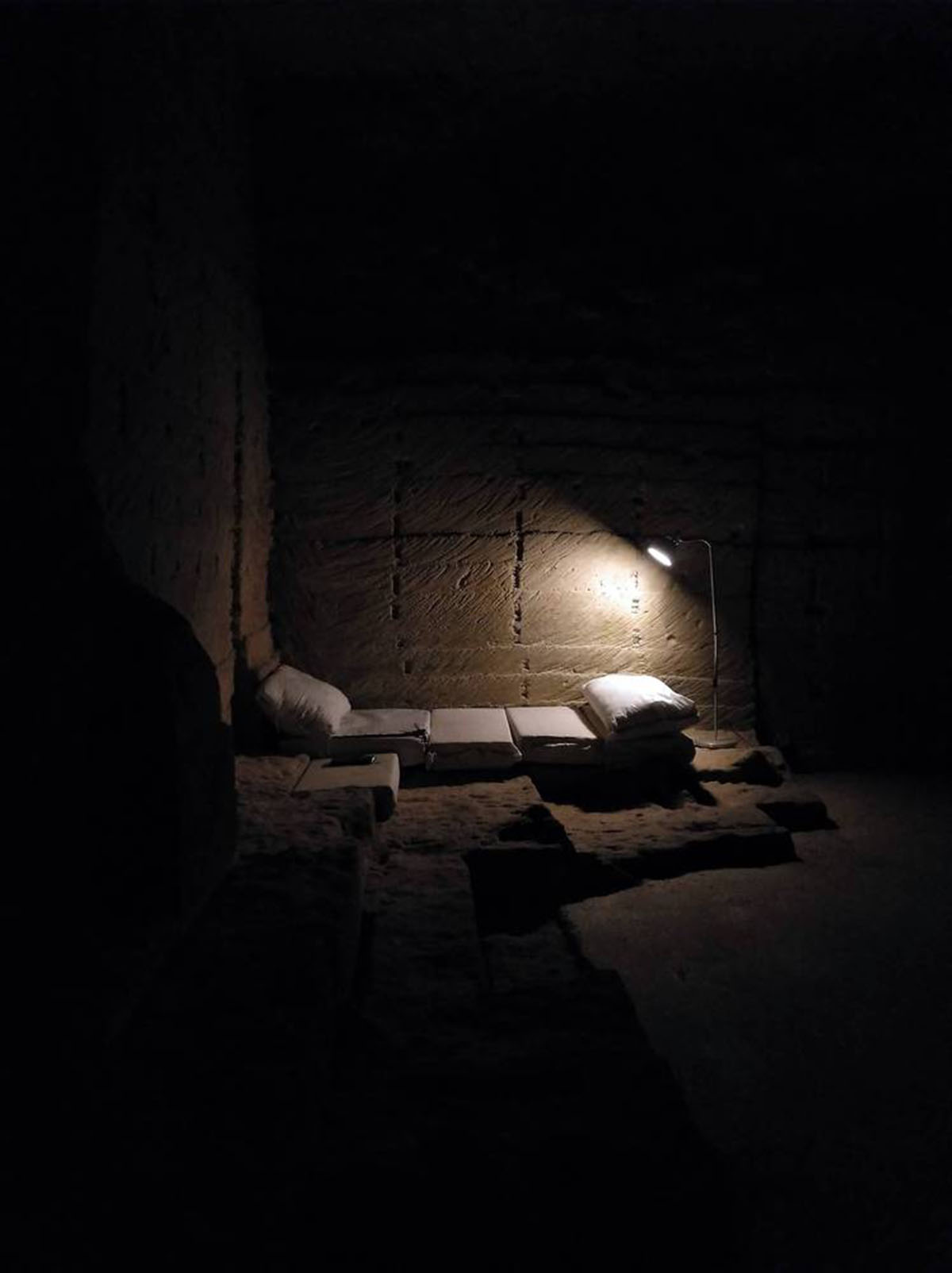 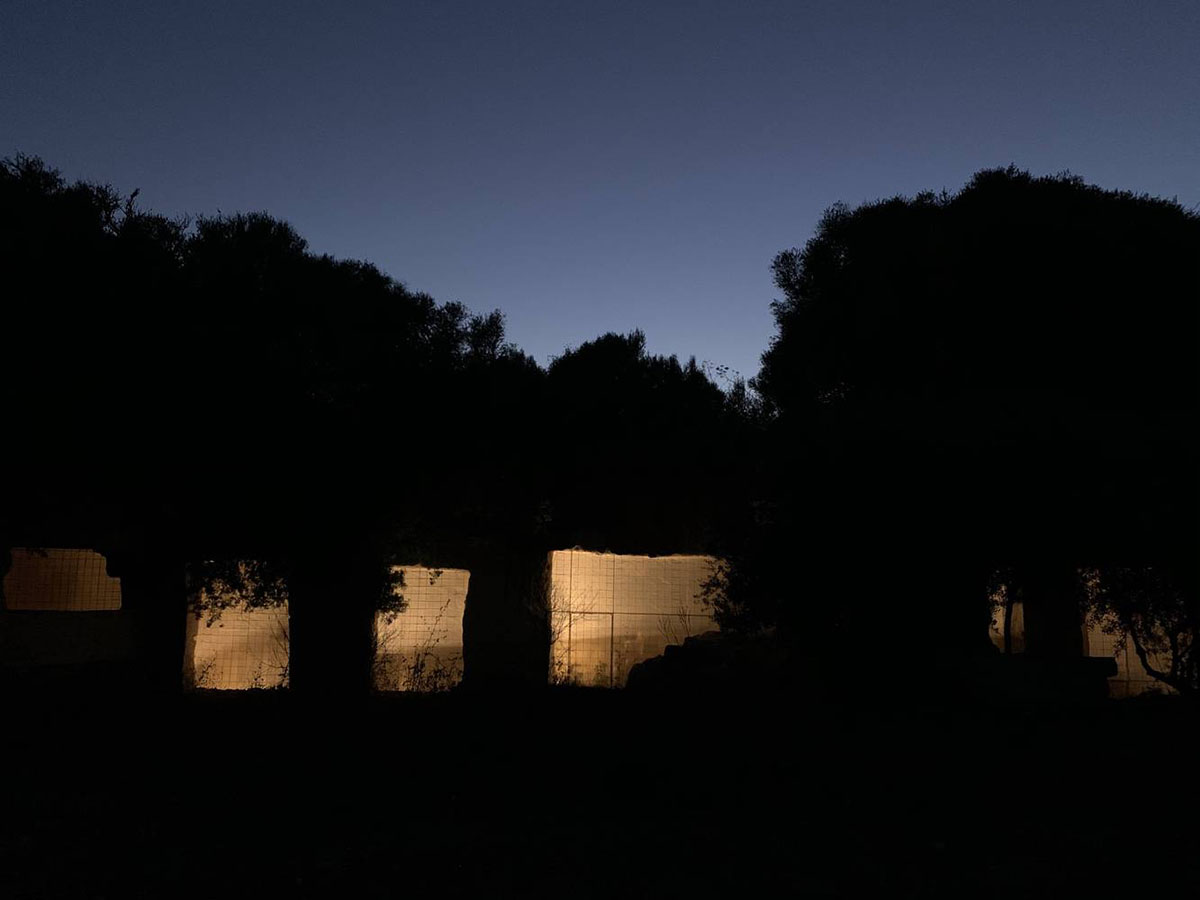 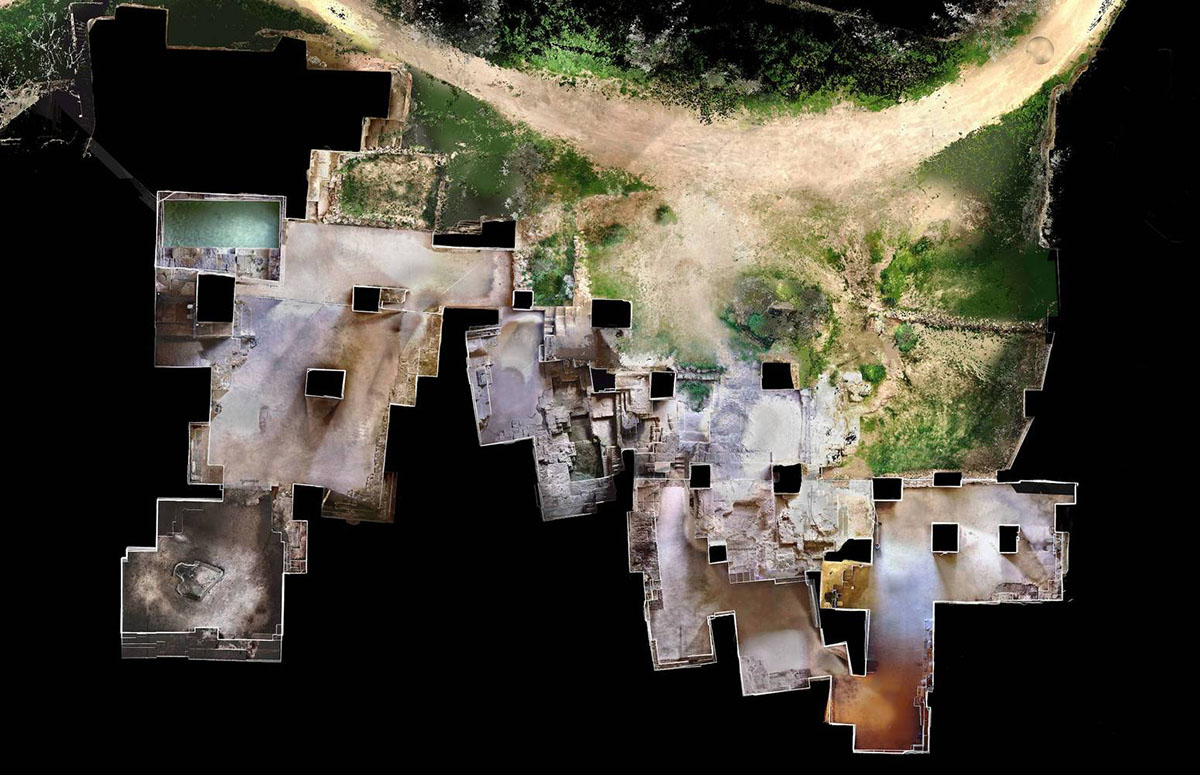 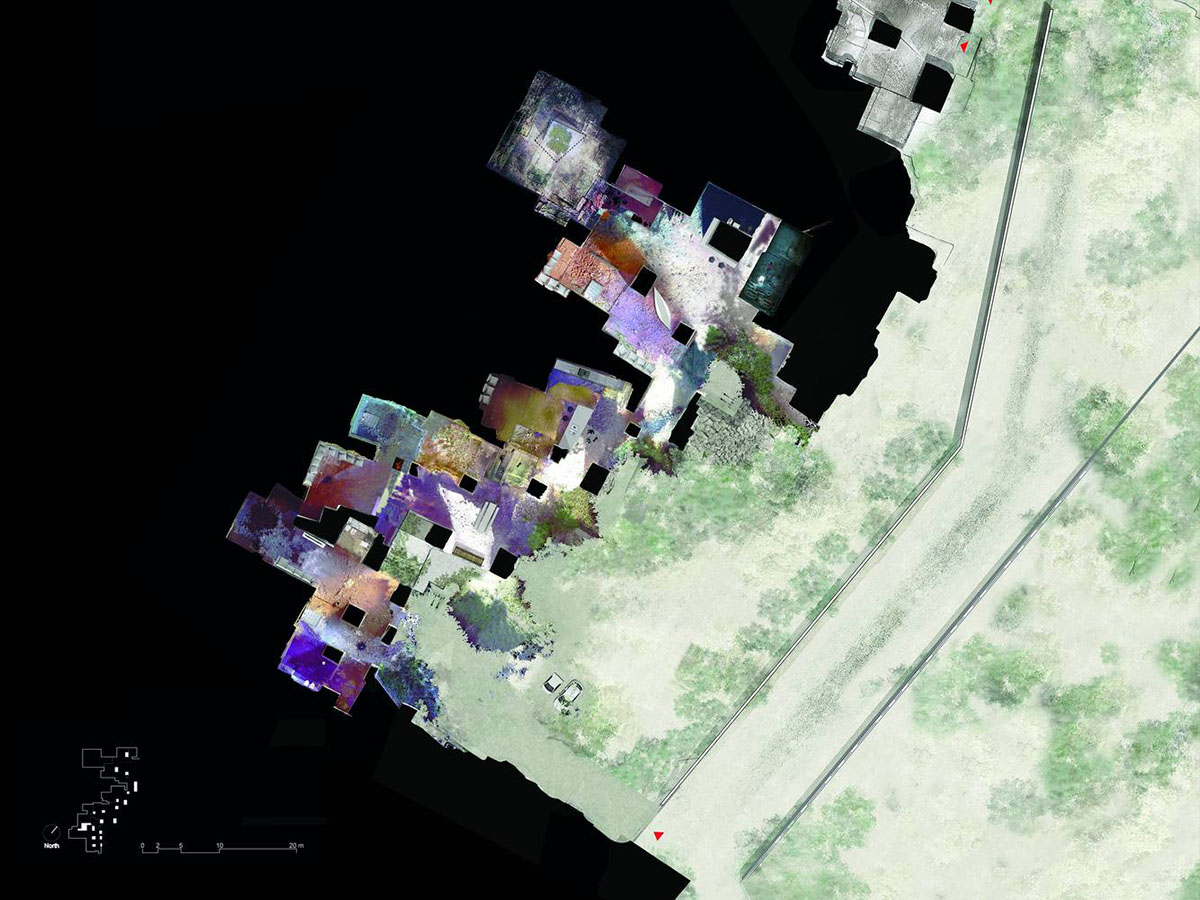 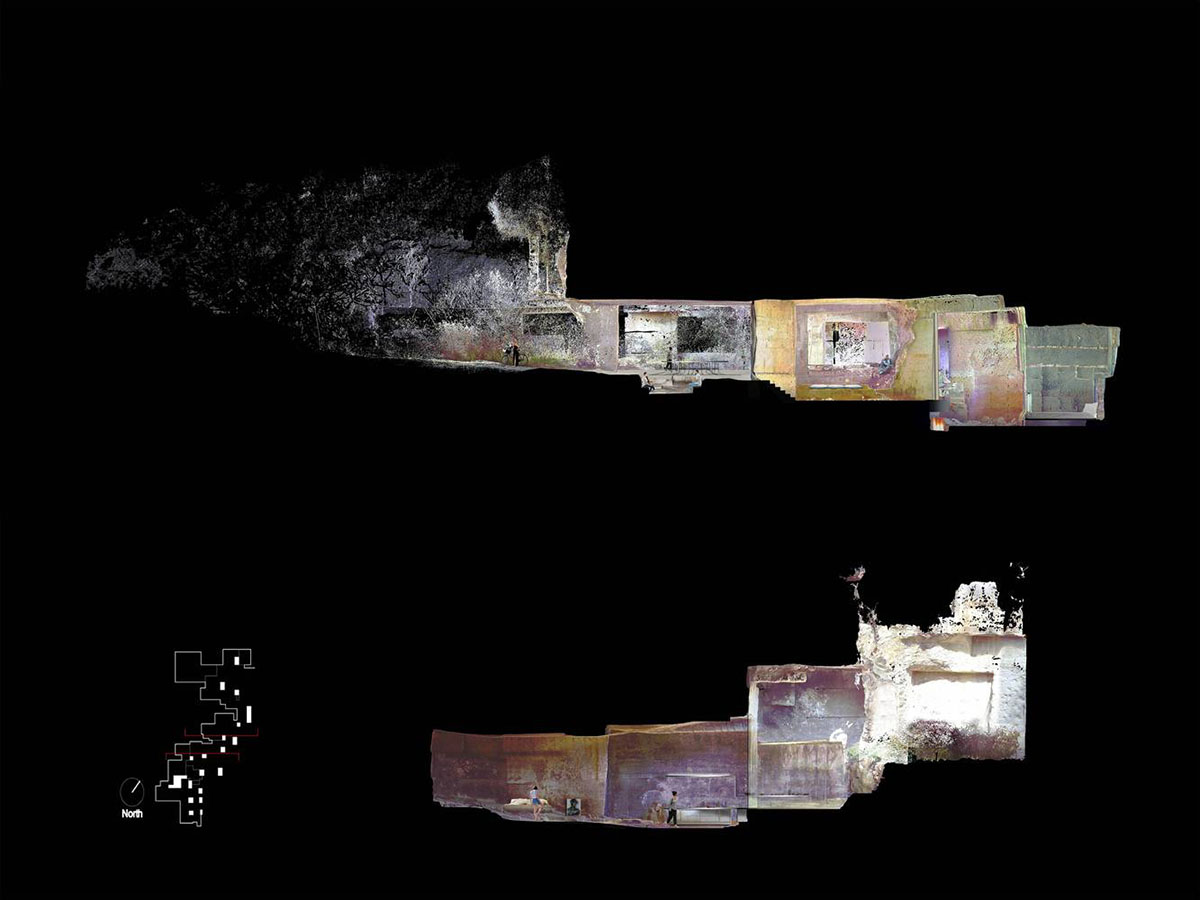 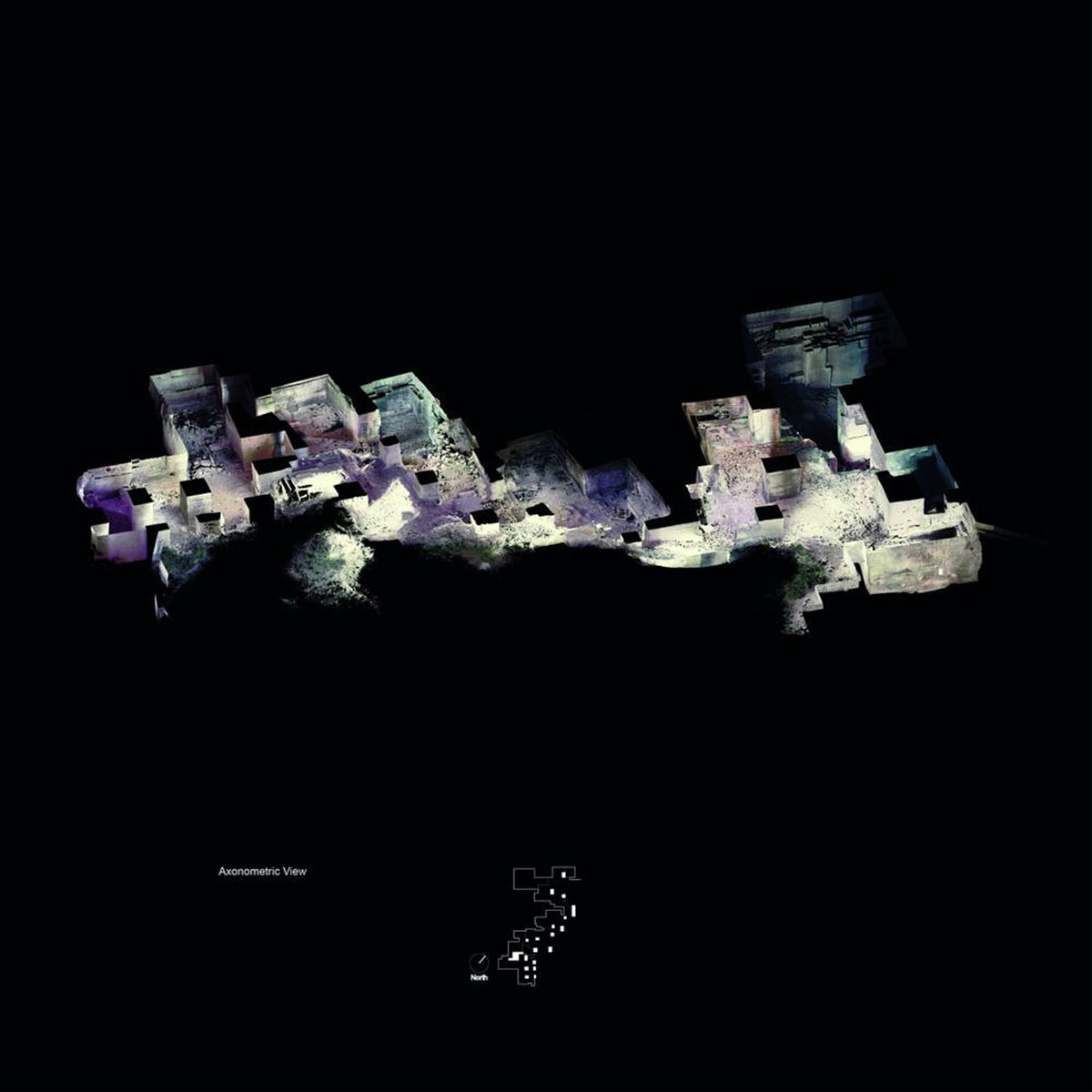 Ensamble Studio was founded in 2000 and led by architects Antón García-Abril and Débora Mesa. Balancing imagination and reality, art and science, their work innovates typologies, technologies and methodologies to address issues as diverse as the construction of the landscape or the prefabrication of the house.

The studio recently opened a new research and fabrication facility in Madrid.

All images courtesy of Ensamble Studio