Weiss/Manfredi Architecture/Landscape/Urbanism was selected as design architect by the U.S. Department of State’s Bureau of Overseas Buildings Operations (OBO) in 2015. The entire campus project is expected to be completed in fall 2027.

The first phase of this long-term master plan will include a new office building, a support annex, and a unifying landscape that will provide a secure campus for America’s Mission in India. 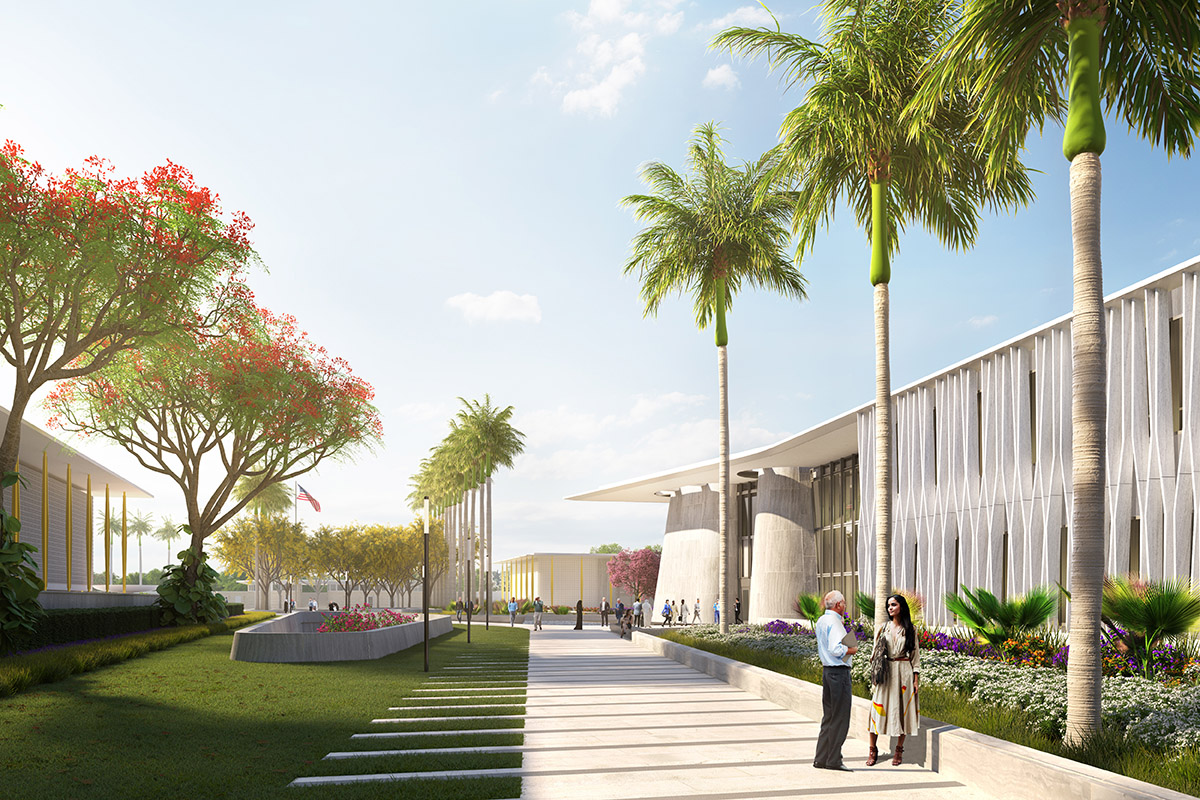 A tree-lined promenade links all new and existing buildings on the campus, connects functional zones, and introduces reciprocal relationships between buildings and gardens. 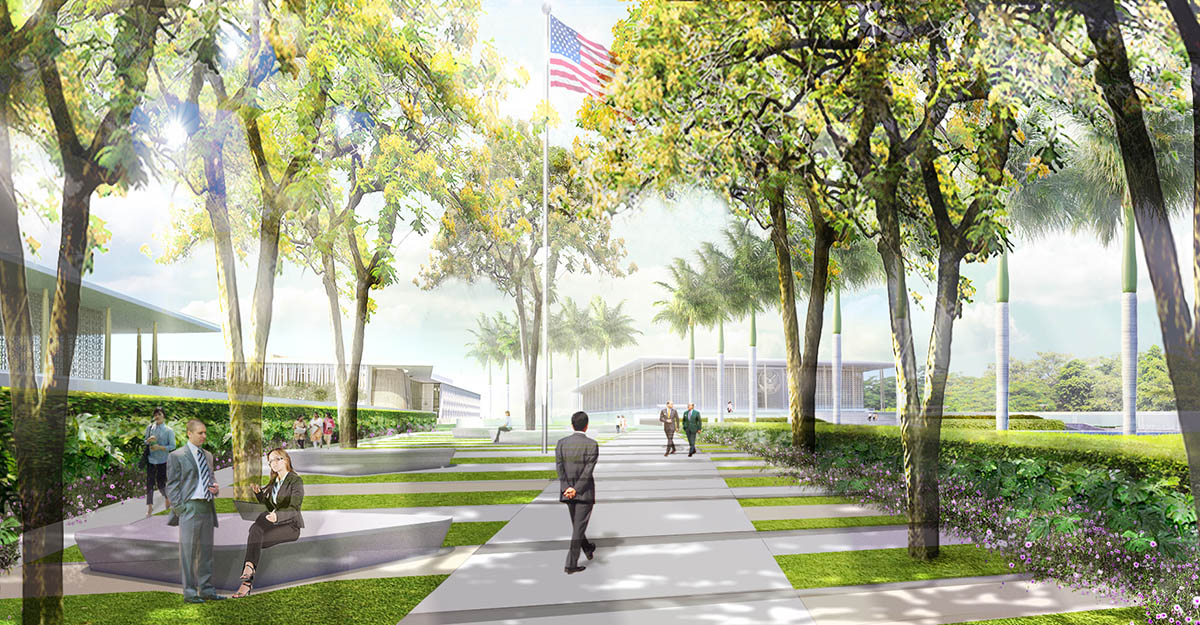 "Nearly sixty years after the opening of the Edward Durell Stone-designed embassy, the new master plan by WEISS/MANFREDI will support the next generation of U.S. diplomats in India," said Kenneth I. Juster, U.S. Ambassador to India.

"This design defines a new foundation and sustainable vision for diplomacy, while drawing from the architectural traditions of both countries." 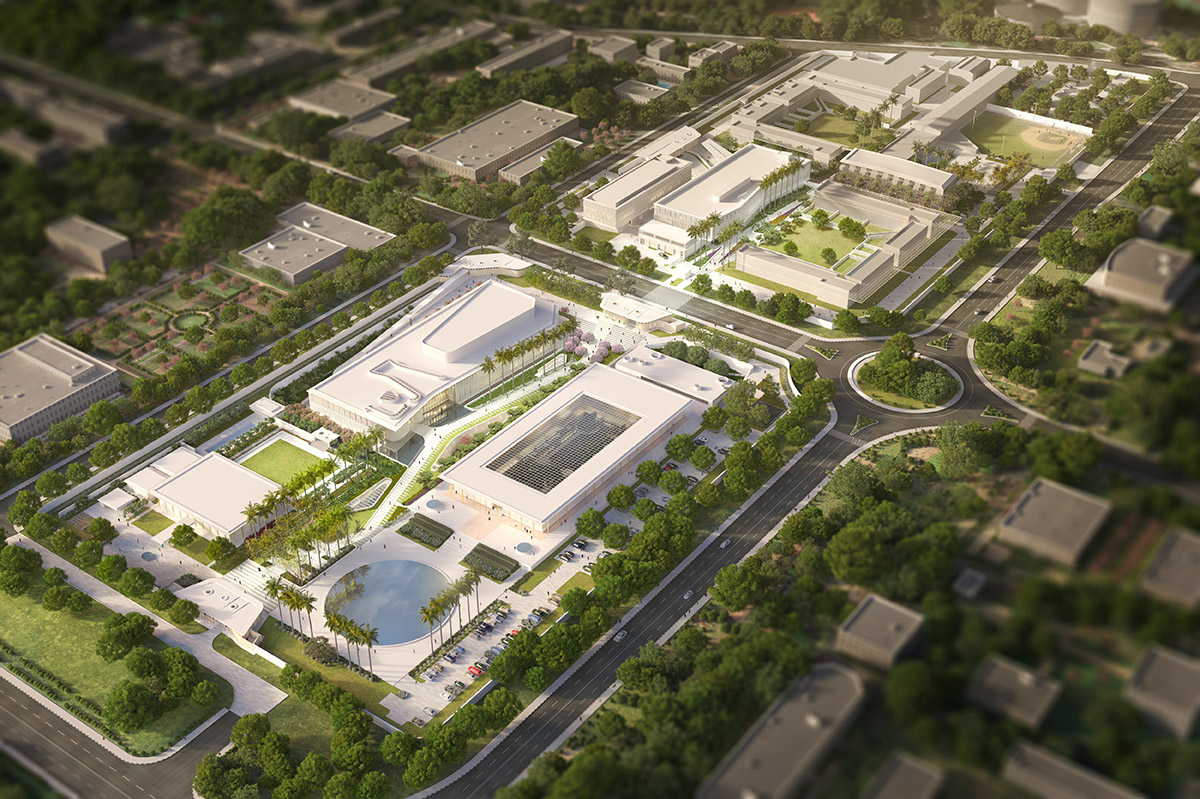 "Our goal is to create an open, unified campus that is safe and secure," said architects Marion Weiss and Michael Manfredi.

"To do that, we drew upon traditional Indian garden elements such as walls, screens, moats, and reflecting pools that provide not only a level of security, but also a connection to the great legacy of Indian architecture."

The Office of Art in Embassies is curating an art collection that will showcase works from both Indian and U.S. artists in a variety of media, including paintings, photography, textiles, and sculptures.

Highlights include a site-specific work by contemporary Indian artist Bharti Kher whose stone inlay piece will be integrated permanently into the India-sourced marble flooring for the consular area and a glass installation by American artist Spencer Finch that will be positioned below the office building’s entry skylight, filling the space with colorful, dappled shadows.

Weiss/Manfredi Architecture/Landscape/Urbanism is a multidisciplinary design practice based in New York City.

Founded by Marion Weiss and Michael Manfredi, the firm is known for the dynamic integration of architecture, art, infrastructure, and landscape design.

Weiss/Manfredi is currently working on a masterplan of La Brea Tar Pits in California. The studio will also reimagine former jail at 106 W Commerce in Dallas.