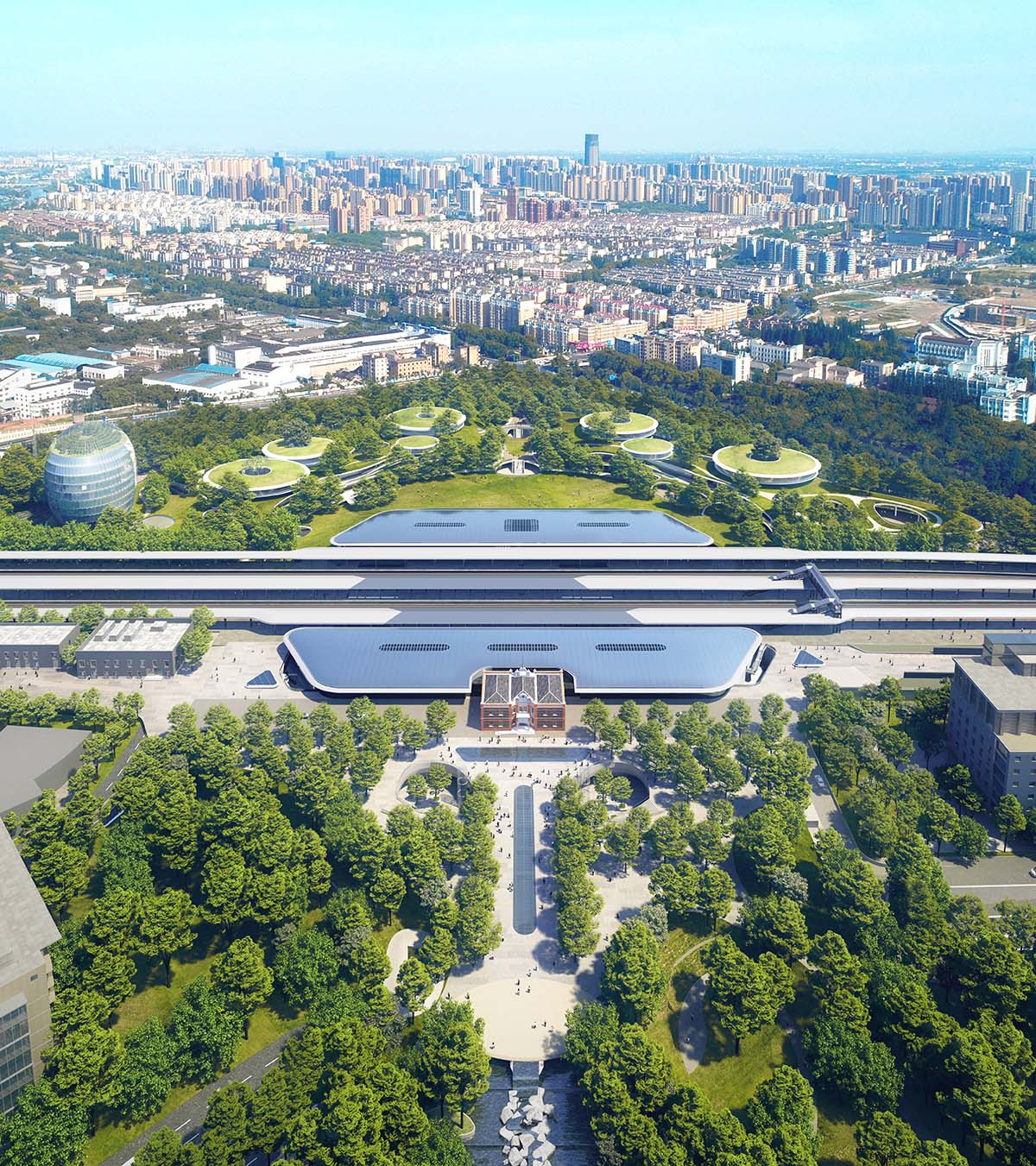 MAD has unveiled design for "Train Station in the Forest" that will become "borderless park" of the city of Jiaxing, China, the station with its multiple functions will invite citizens and travelers to dwell and enjoy the beautiful natural environment.

The project, coving an area of 35.4 hectares and encompassing Jiaxing Train Station, the plazas to the north and south, and a renovation of the adjacent People’s Park, is under construction since the end of 2019, it is expected to be completed by July 1st. 2021. 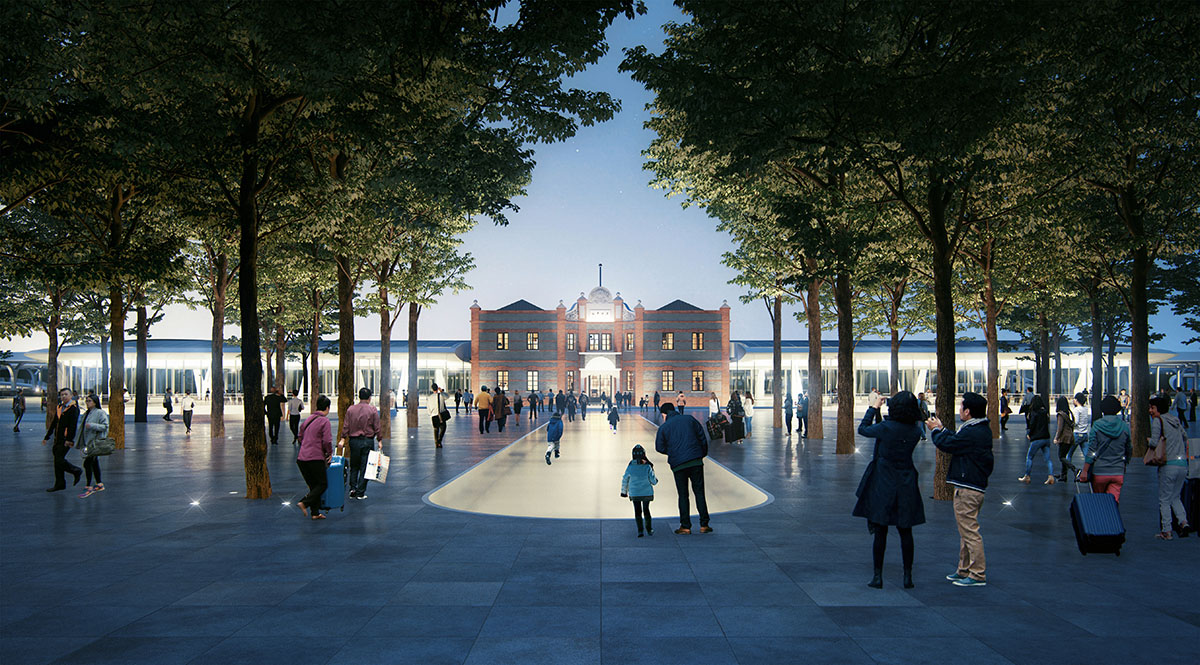 The train station is situated in the center of Jiaxing, an interconnected city in southeast China close to Shanghai, Hangzhou, and Suzhou.

A key city for several major industries, Jiaxing is referred to as the “home of silk” and the “land of milk and honey.” In 1921, the First Party Congress of the Communist Party of China was held in Jiaxing, which led to the founding of the Party. 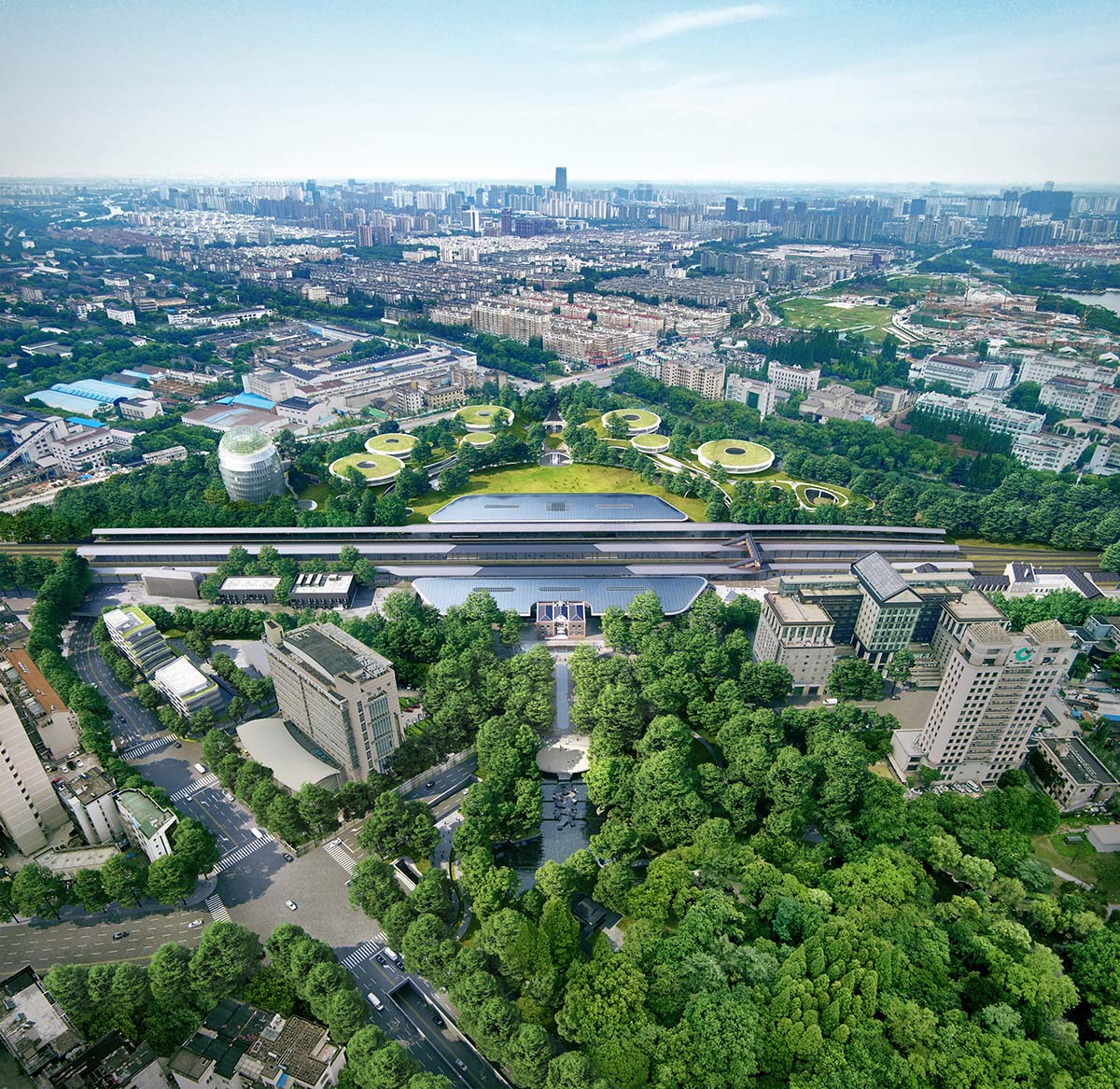 "Before the renovation, the existing station had reached its maximum capacity. In addition, the disorder of the surrounding transportation system and a deficient supporting infrastructure had led to a decline in the area surrounding the station," said MAD. 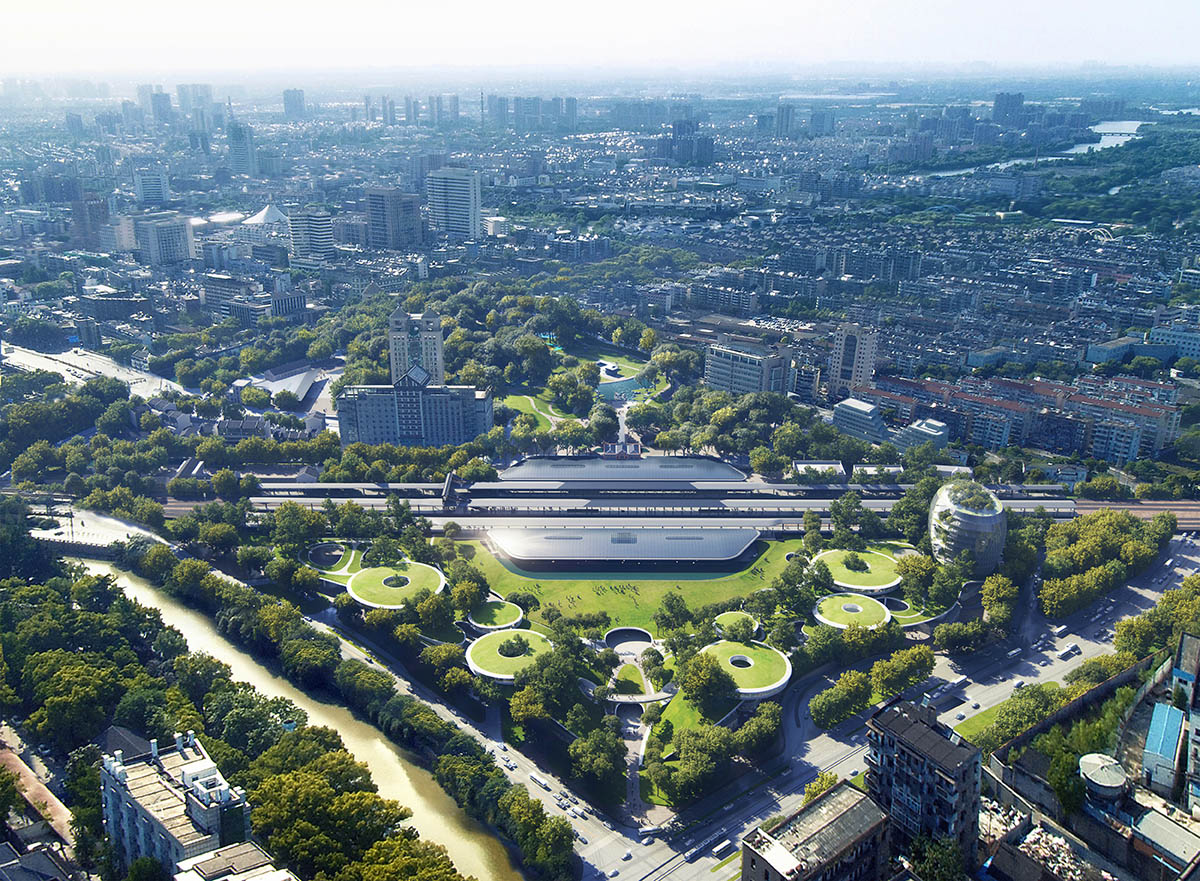 MAD's new design scheme will be bright, efficient, and human-scaled, with a flood of natural light to create a friendly, comfortable environment.

The main transportation and commercial functions are to be located in the basement level, allowing the ground-floor space to be given back to nature. A shared space between Jiaxing’s citizens and travelers, this new green urban center will transform into a “train station in the forest.” 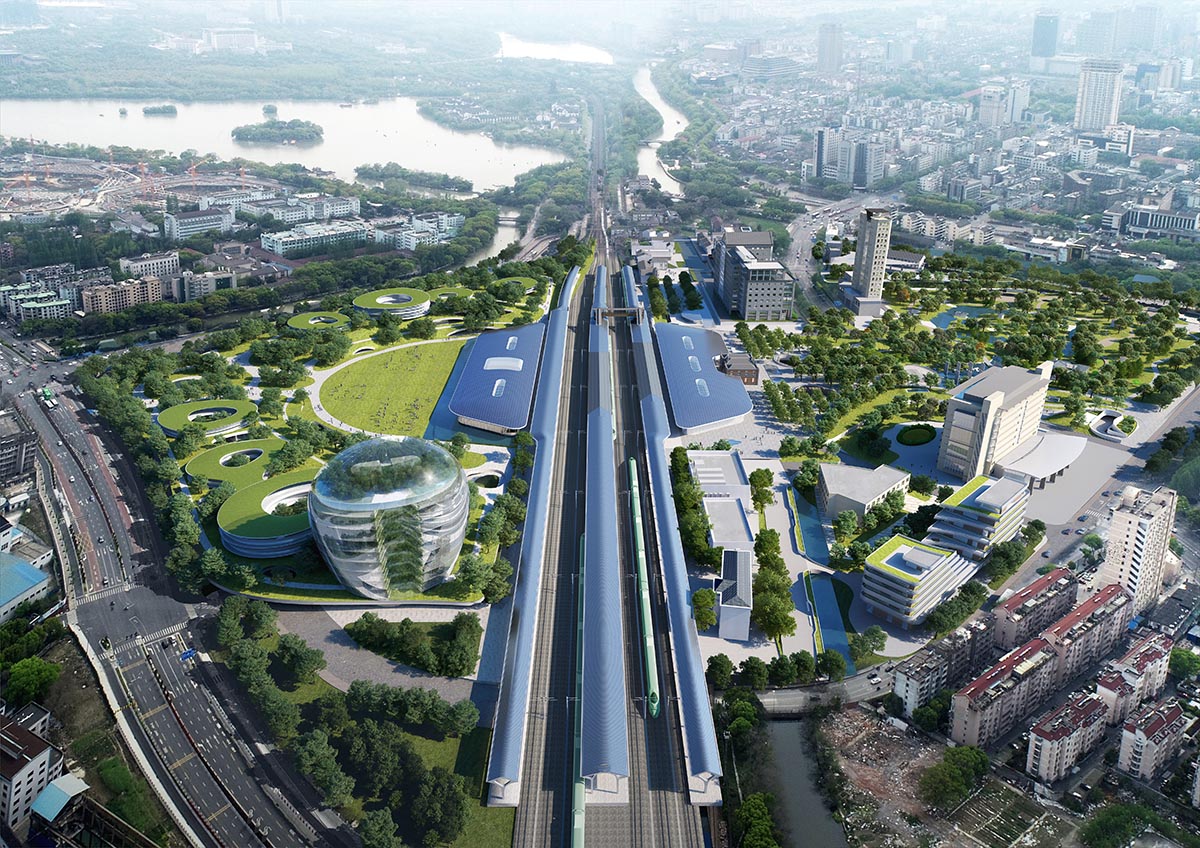 "China’s train stations are competing to be bigger than one another. Standing tall in the city like grand palaces, they are surrounded by large main roads, imposing viaducts, and often empty plazas," said Ma Yansong.

"Rather than this pursuit of grand, monumental architecture, is it possible for urban train stations to create their own beautiful environment, with comfortable scales, and a blend of transport and urban functions that are both efficient and humane?."

"Is it possible for train stations to be more than a stopover for travelers, but an urban public space that people can enjoy?," Yansong added. 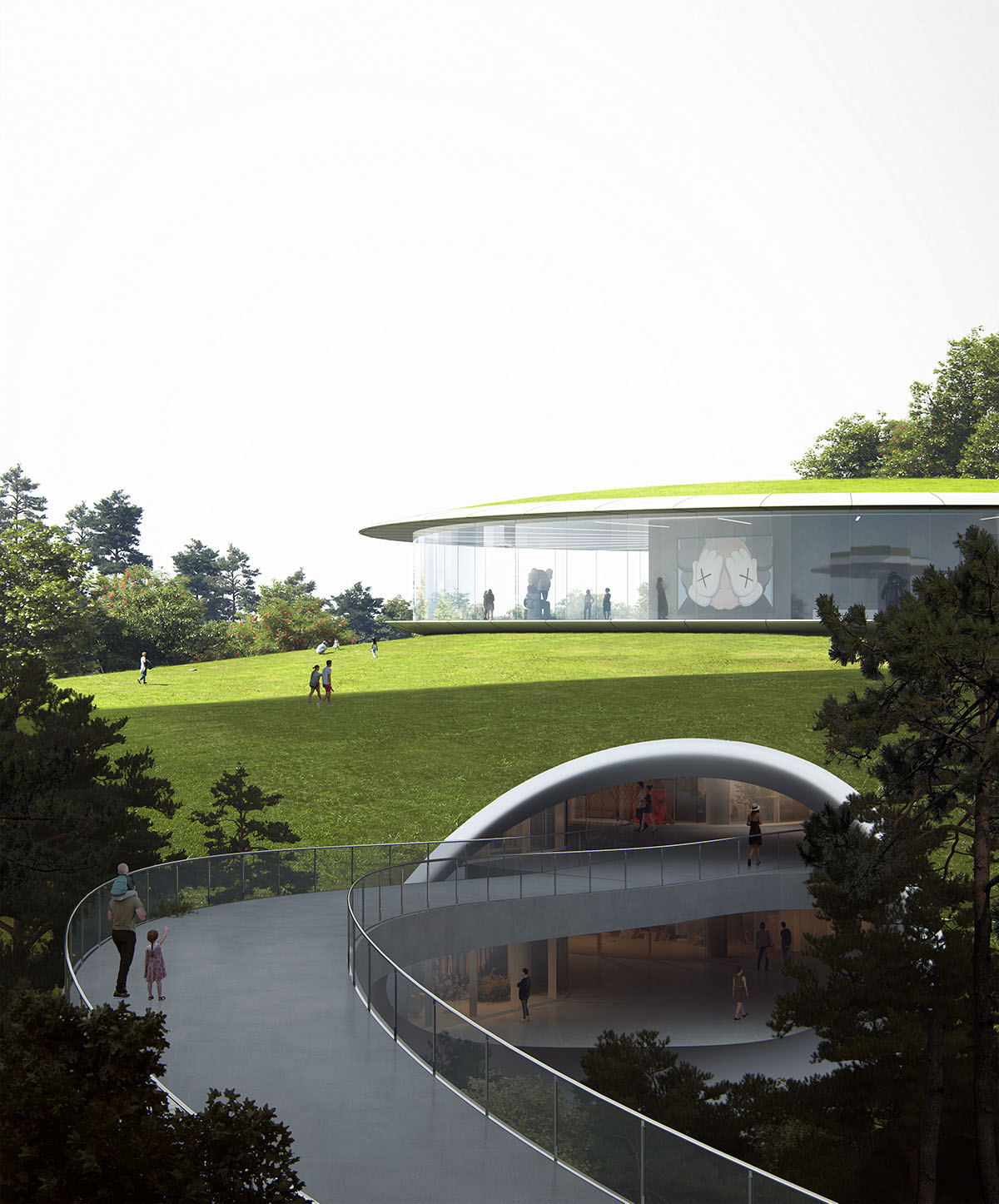 MAD’s proposal places the busy transportation junction underground, freeing the ground floor of obtrusive infrastructure, thus allowing the People’s Park to radiate through the scheme into the city, and form an urban oasis.

A careful consideration to landscape and massing has formed an axis with the reconstructed old station building at its core. In front of the station, a large collection of canopy shaped trees have been planted, creating comfortable, natural shades for the plaza. 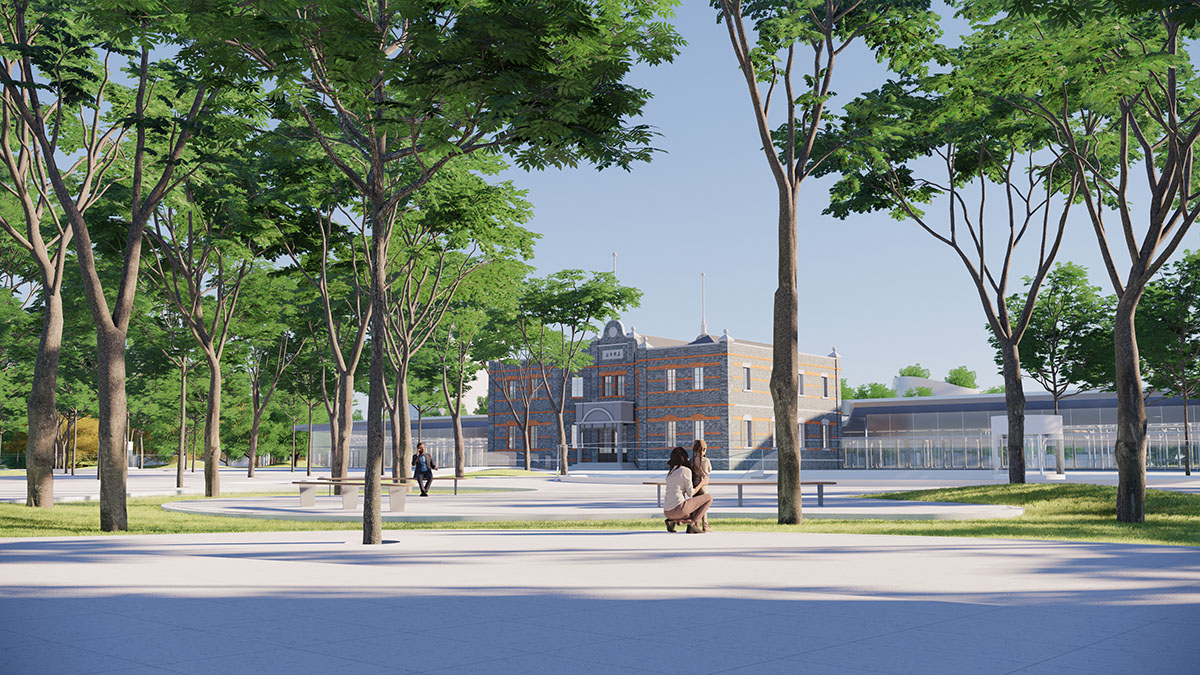 As the studio said: "upon completion, the scheme will become a “borderless park” where citizens and travelers can dwell and enjoy the beautiful natural environment."

"In contrast with the busy infrastructure beneath, the park will be a place of comfort and quiet, bringing the city center back to the people."

The original Jiaxing Train Station was built in 1907, and opened in 1909 as an important junction for the Shanghai-Hangzhou Railway Line. In 1921, the train station received delegates bound for the First Party Congress of the CPC, but was later destroyed by war in 1937. 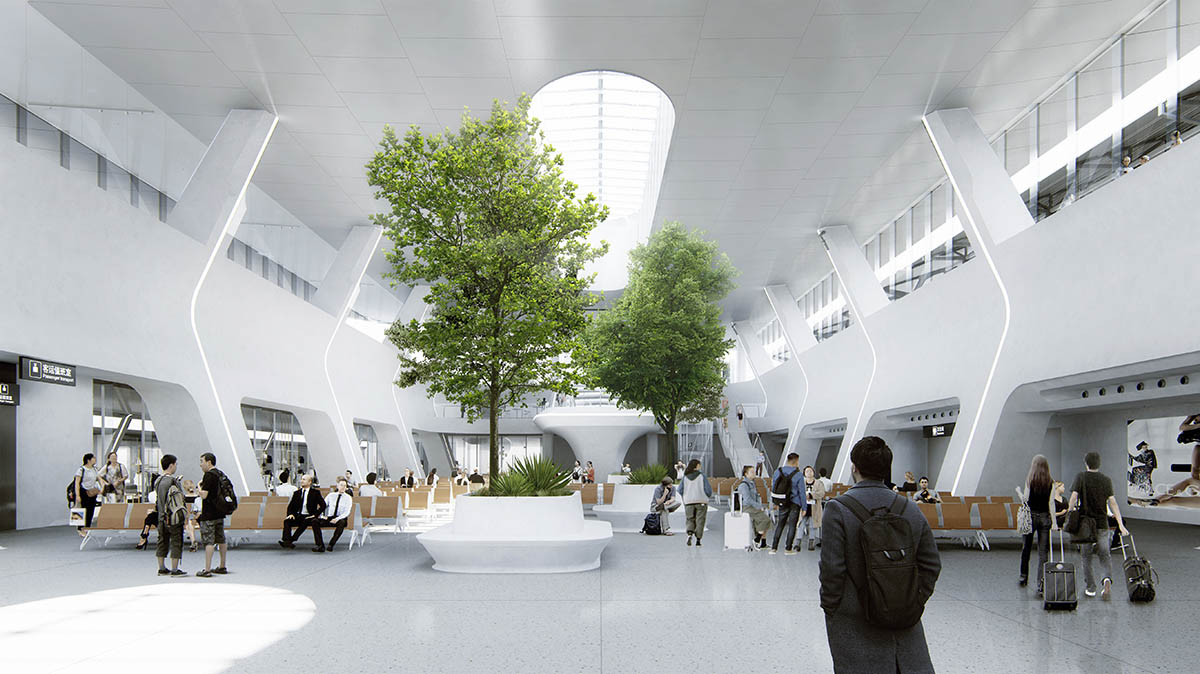 In order to create a 1:1 reconstruction of the old station building, MAD closely worked with scholars, consultants and experts in heritage architecture to recover data which might aid the project.

The relationship and scale between canopies, bridges, platforms, and the building were calculated, allowing for a more accurate reconstruction of the historic station and its features.

Upon completion, the old station building will become the Jiaxing Railway History Museum. 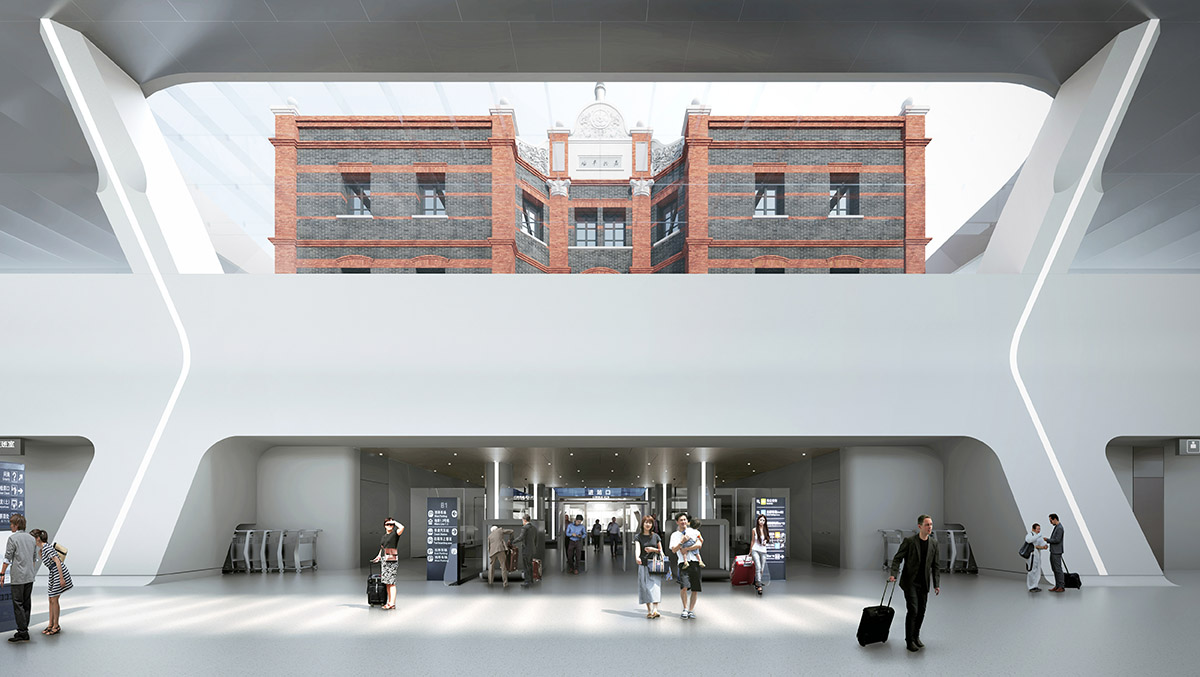 Looking south along the central axis, the rebuilt station building and the “floating” metal roof of the new station will blend with the forest trees.

The station concourse, platforms, and waiting hall are hidden underground, while the building’s single-story height above ground level humbly respects the scale of the old station building. 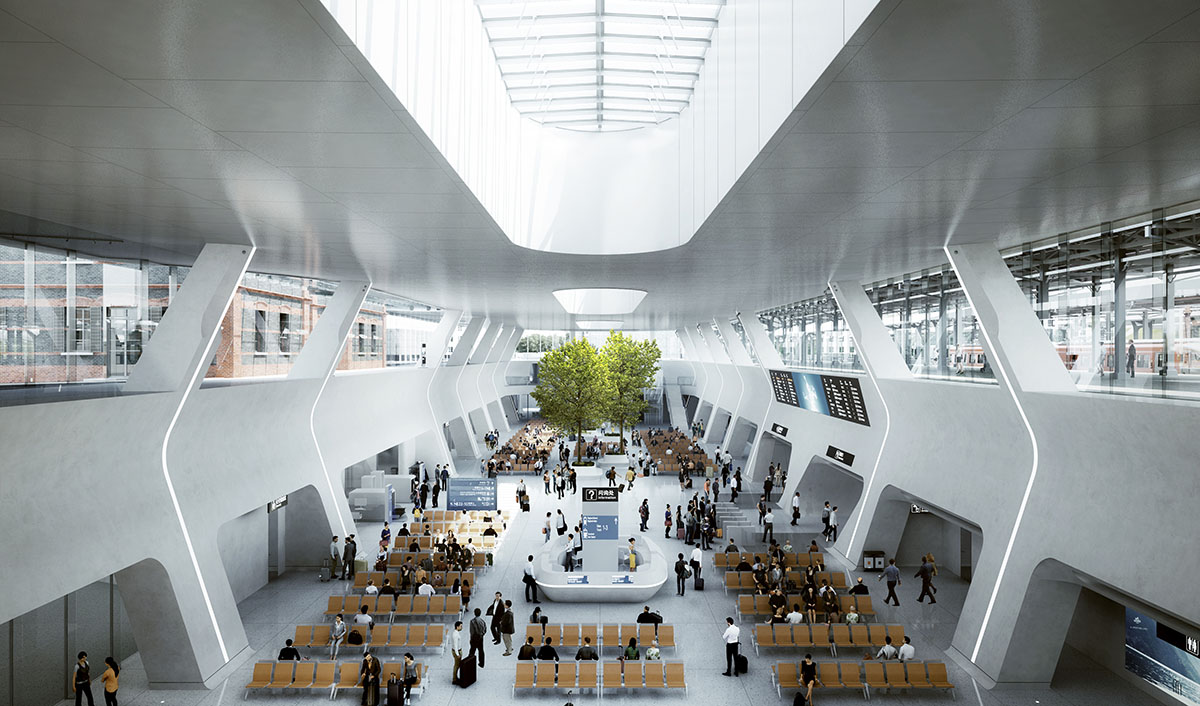 Underground level, visitors will meet with an abundance of natural light flooding into the underground waiting hall through skylights and glass curtain walls on the ground floor, creating a subterranean space which is both open and bright. 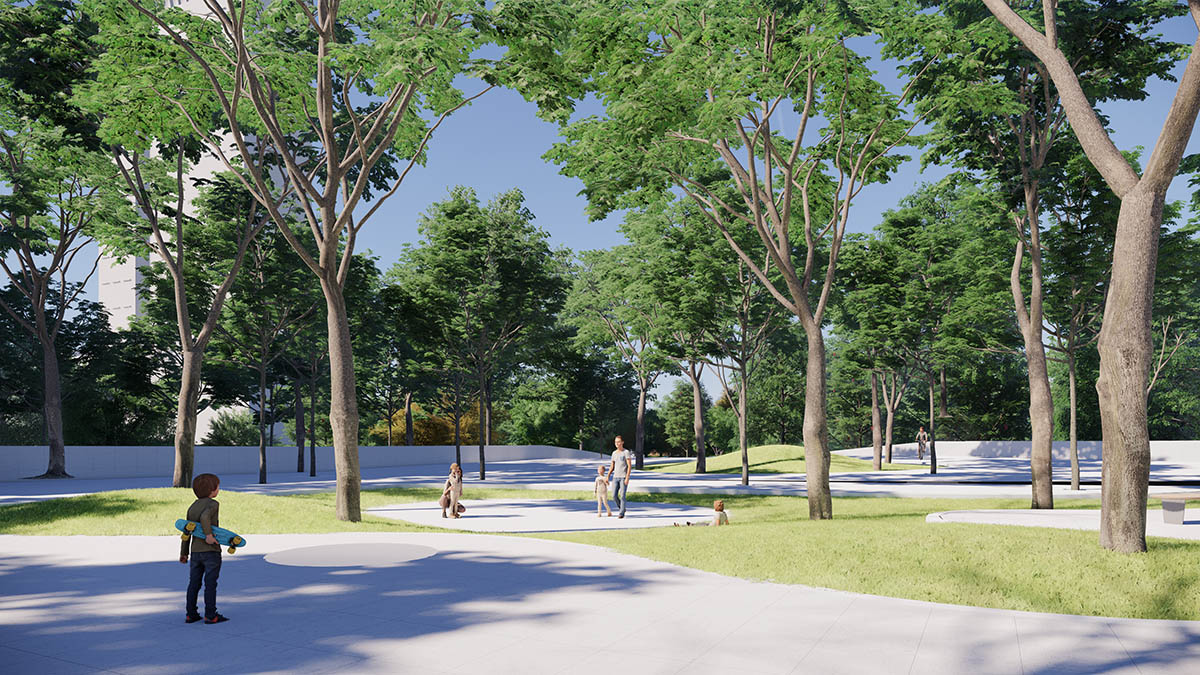 The internal atmosphere and tone are centered on the human scale, with the aim of creating a pleasant, comfortable experience for travelers.

As people move from the waiting hall to the platforms via a futuristic underground tunnel, they observe the rebuilt old station building overhead. Here, a moment is created where old meets new, and a sharp yet composed contrast is showcased between the past and future.

On the roof of the new station, solar photovoltaic panels will be installed to enhance the project’s sustainability. 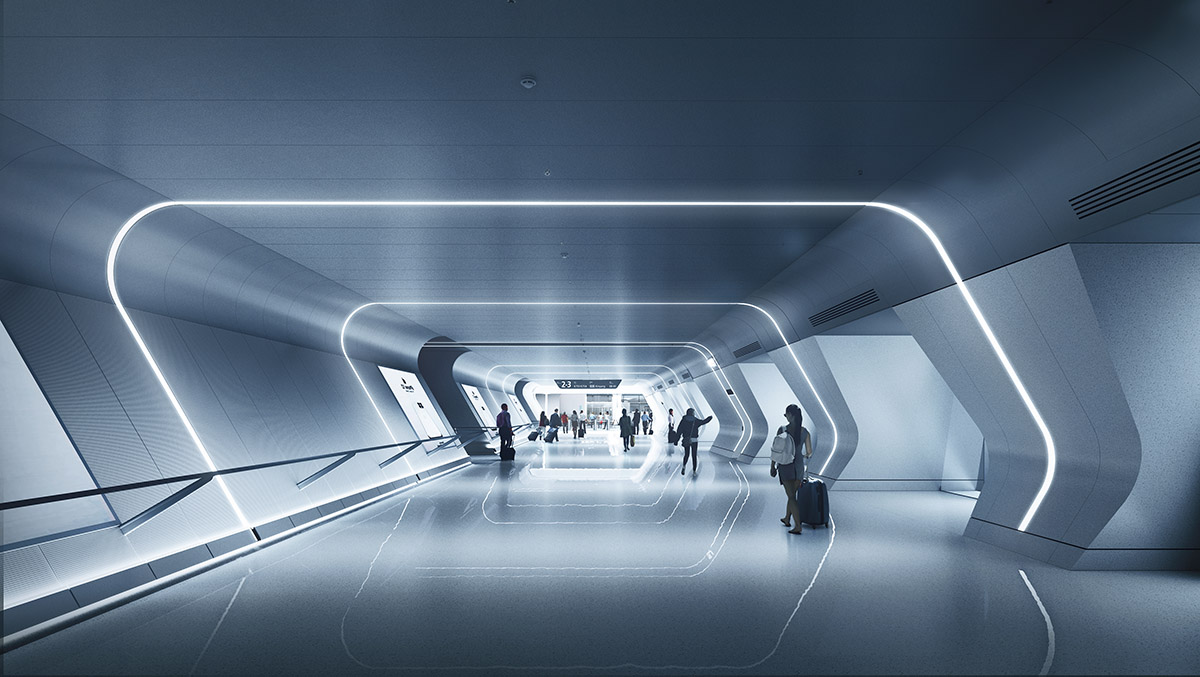 A commercial zone will be underneath the “Forest”

To the south of the station, a new above-ground commercial area is created, enclosed by landscaped public lawns that can host a variety of events, festivals, concerts, or markets. Beneath the urban oasis, visitors will be welcomed with a wide variety of functions and services are connected with each other. For instance, visitors at street level can efficiently enter and exit the transport hub, while others meander through the park, visit the railway museum, or explore the commercial area before embarking on their train journey.

A series of transport options are linked throughout the underground system, directly connected to the sunken municipal roads. Bus terminals, a tramway, metro, car parking, and taxi stands are interconnected by the proposed scheme, creating an efficient transportation portfolio accessed from the train station, and fulfilling the demand for transport facilities created by the new commercial zone. 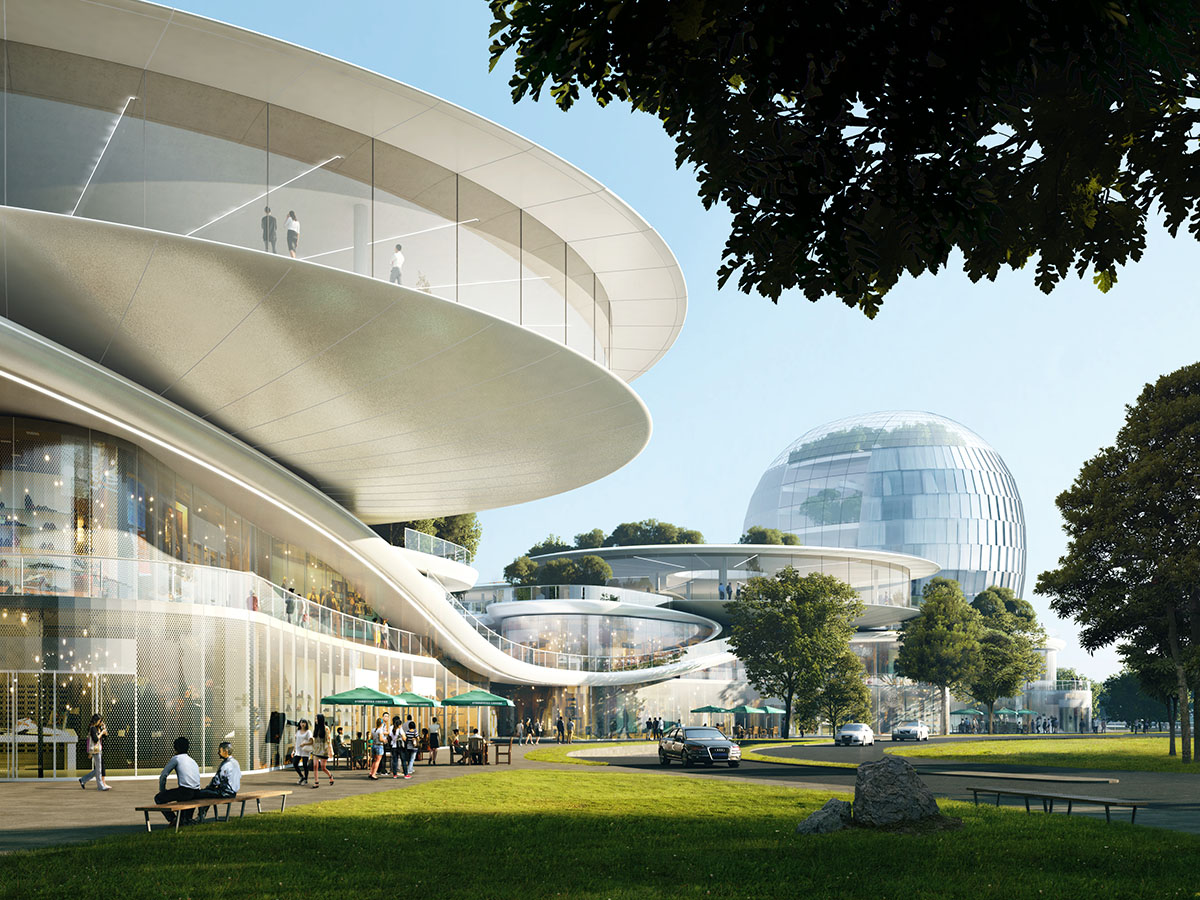 Through careful transportation planning and vertical use of the space, MAD’s scheme accommodates the existing passenger demands for the station, while also allowing for future sustainable development and expansion.

The scheme’s emphasis on connecting with its surroundings will also serve to increase human activity and visitors to the area, enhance its commercial offering, and ultimately rejuvenate the old city center with a new vitality. 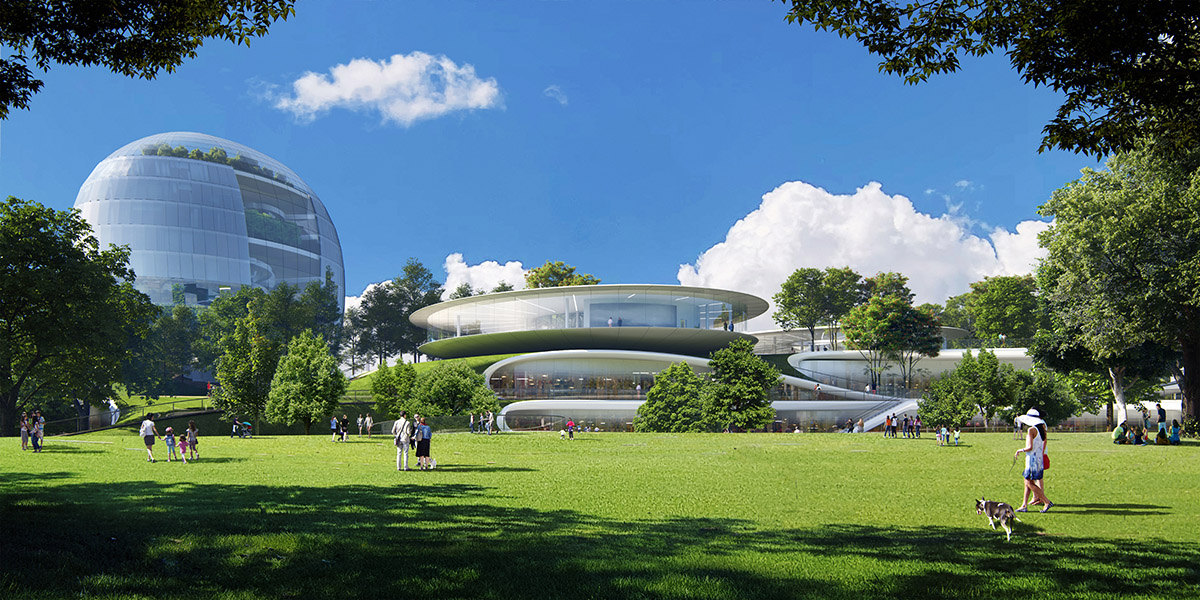 The overall passenger capacity is expected to reach 5.28 million people per year, with peak-time capacity reaching 2,300 people per hour. MAD believes that a city’s best urban spaces should belong to everybody. Architecture, sunlight, nature, and fresh air should work in harmony to be shared by all; creating an environment where people can both live and travel with convenience, dignity, and comfort. 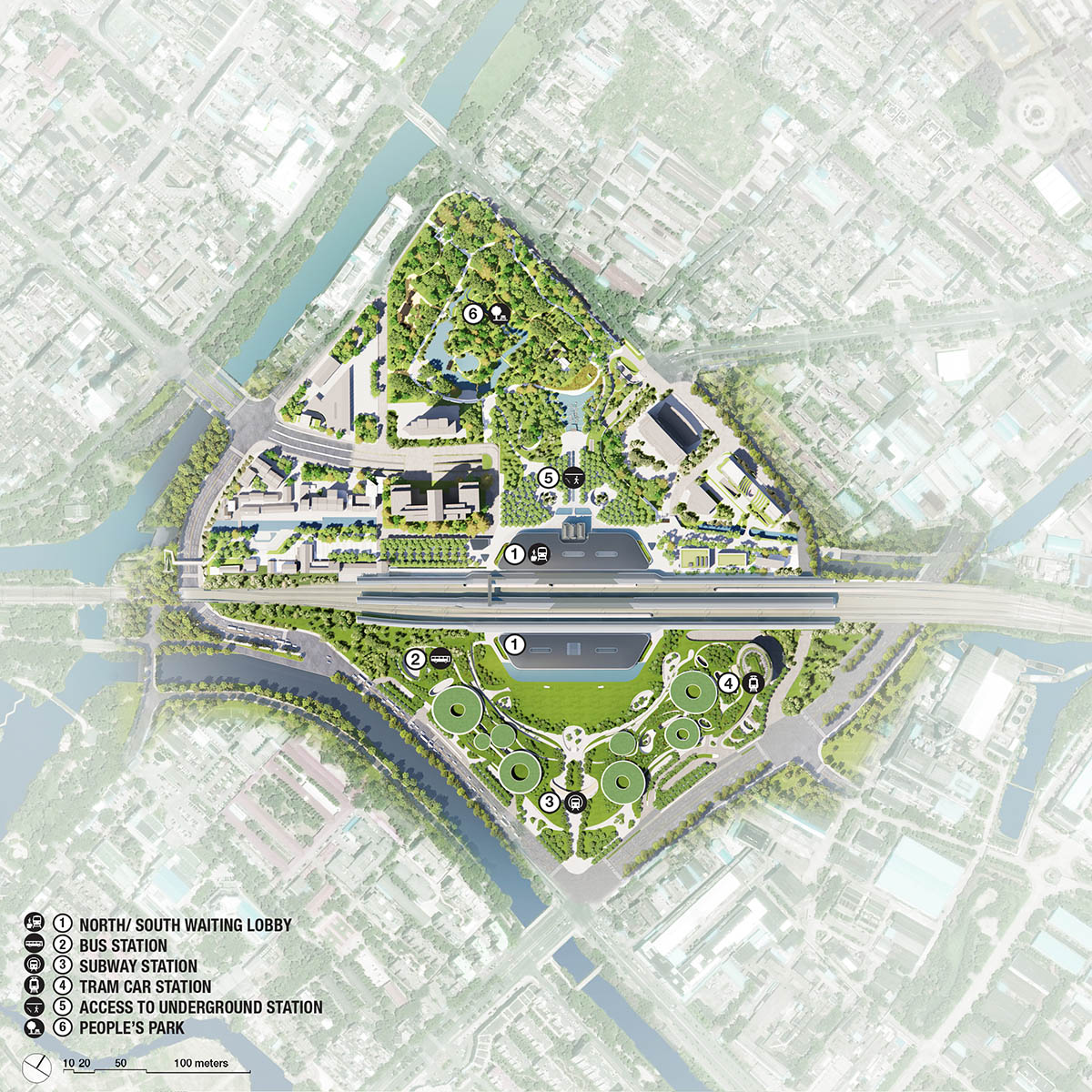 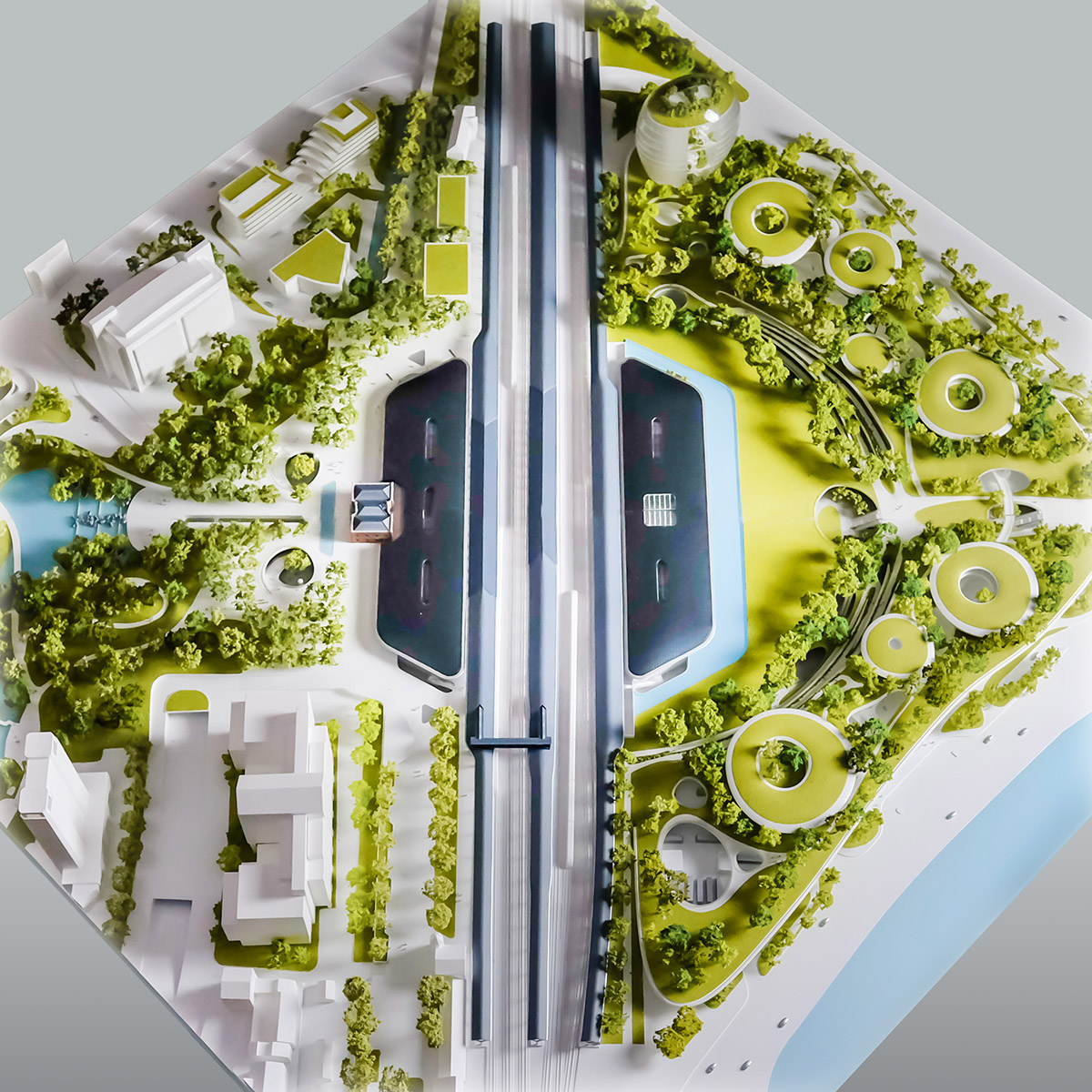 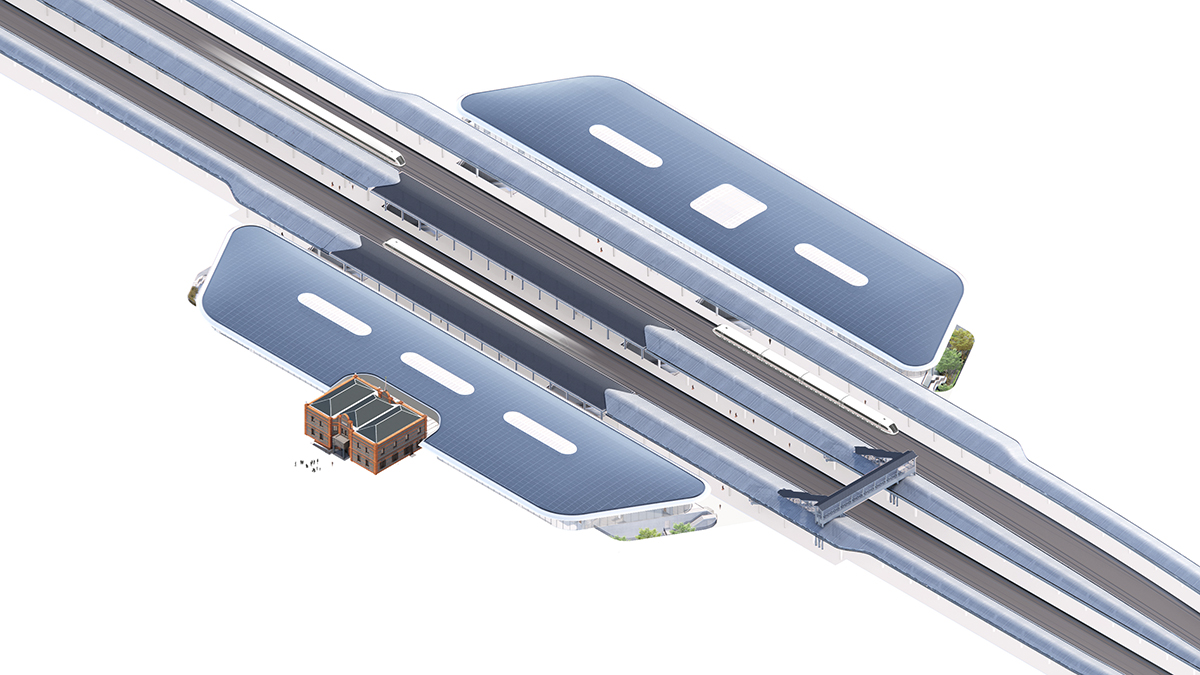 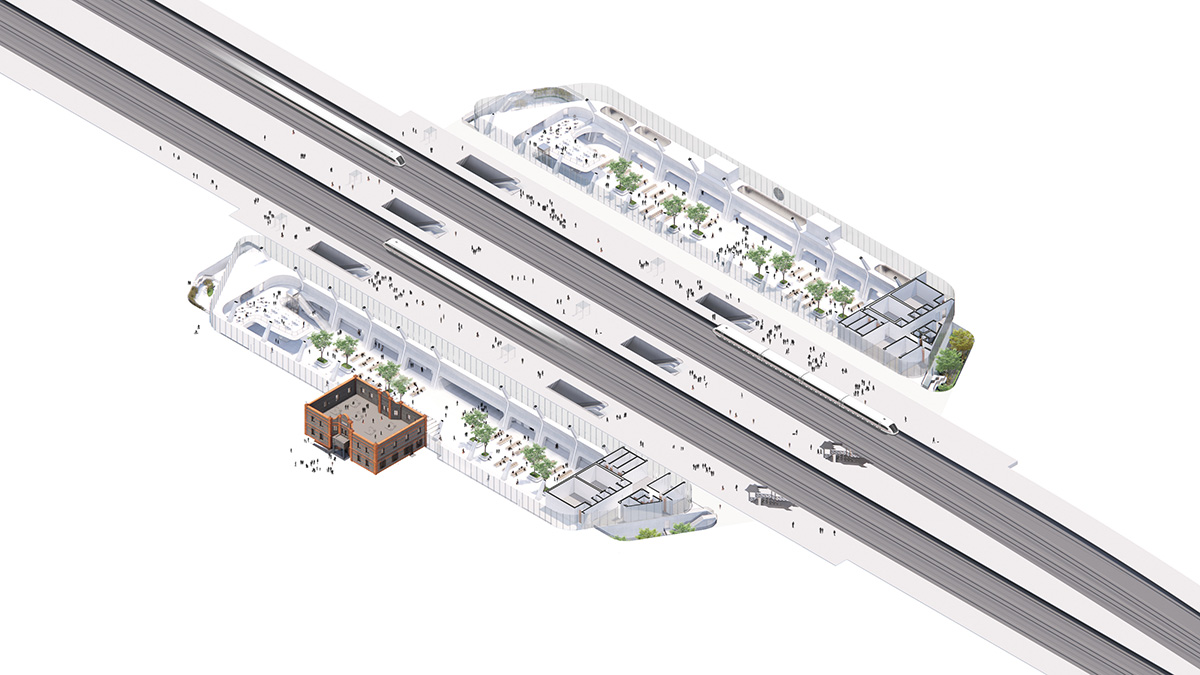 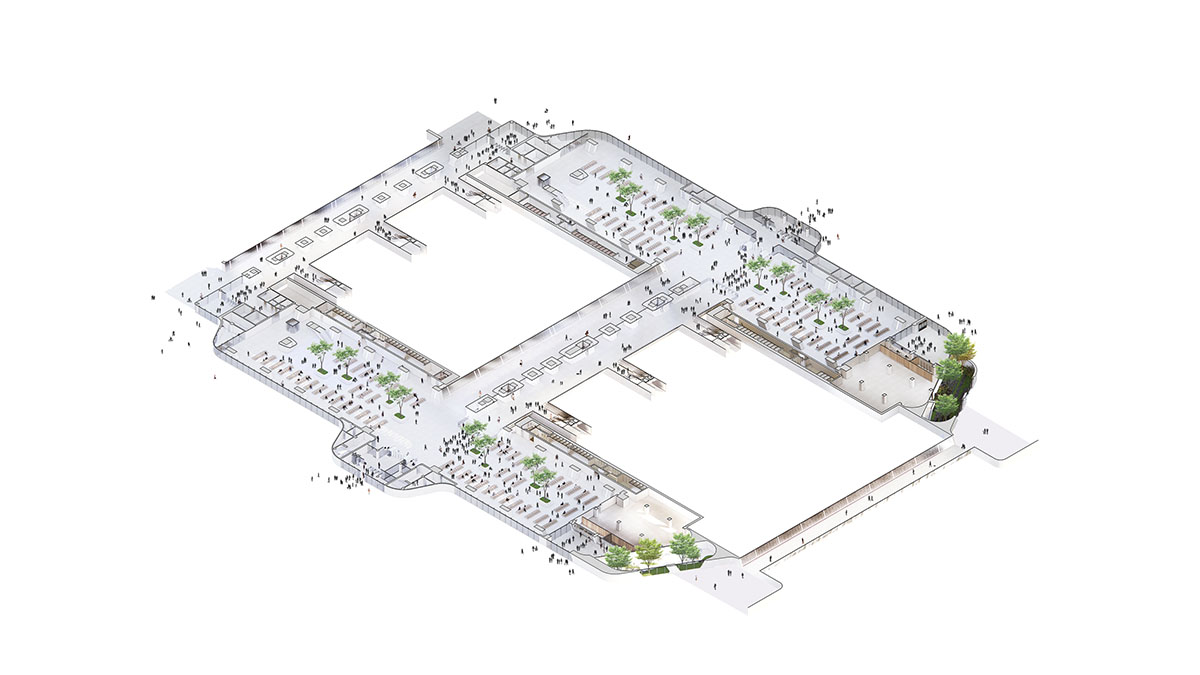 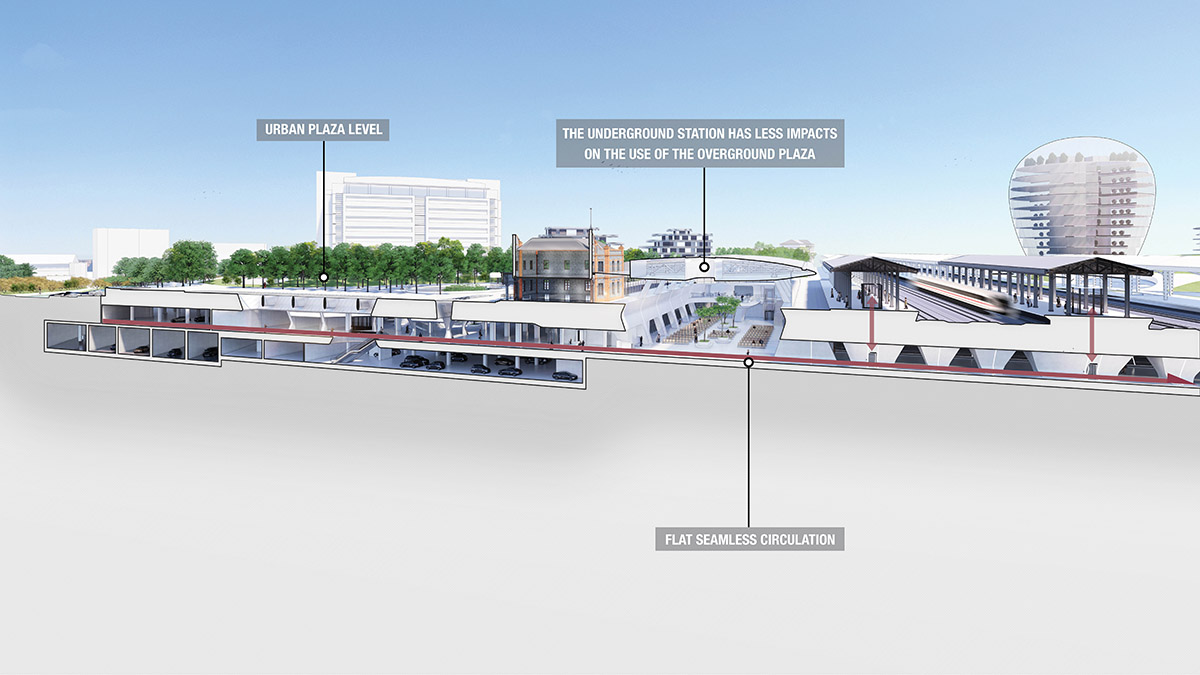 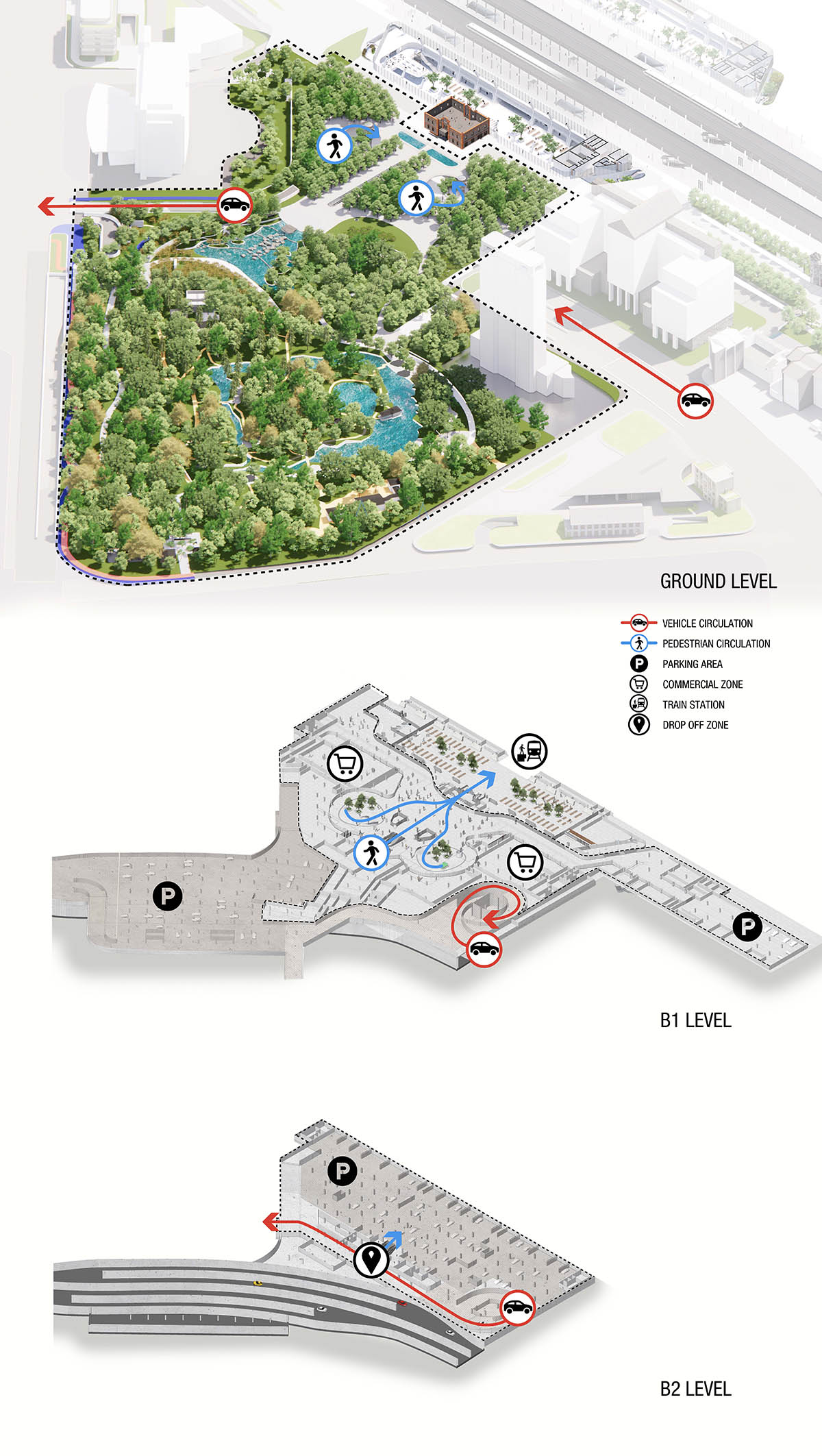