Competition launched for the new 2021 Bauhaus Campus for students 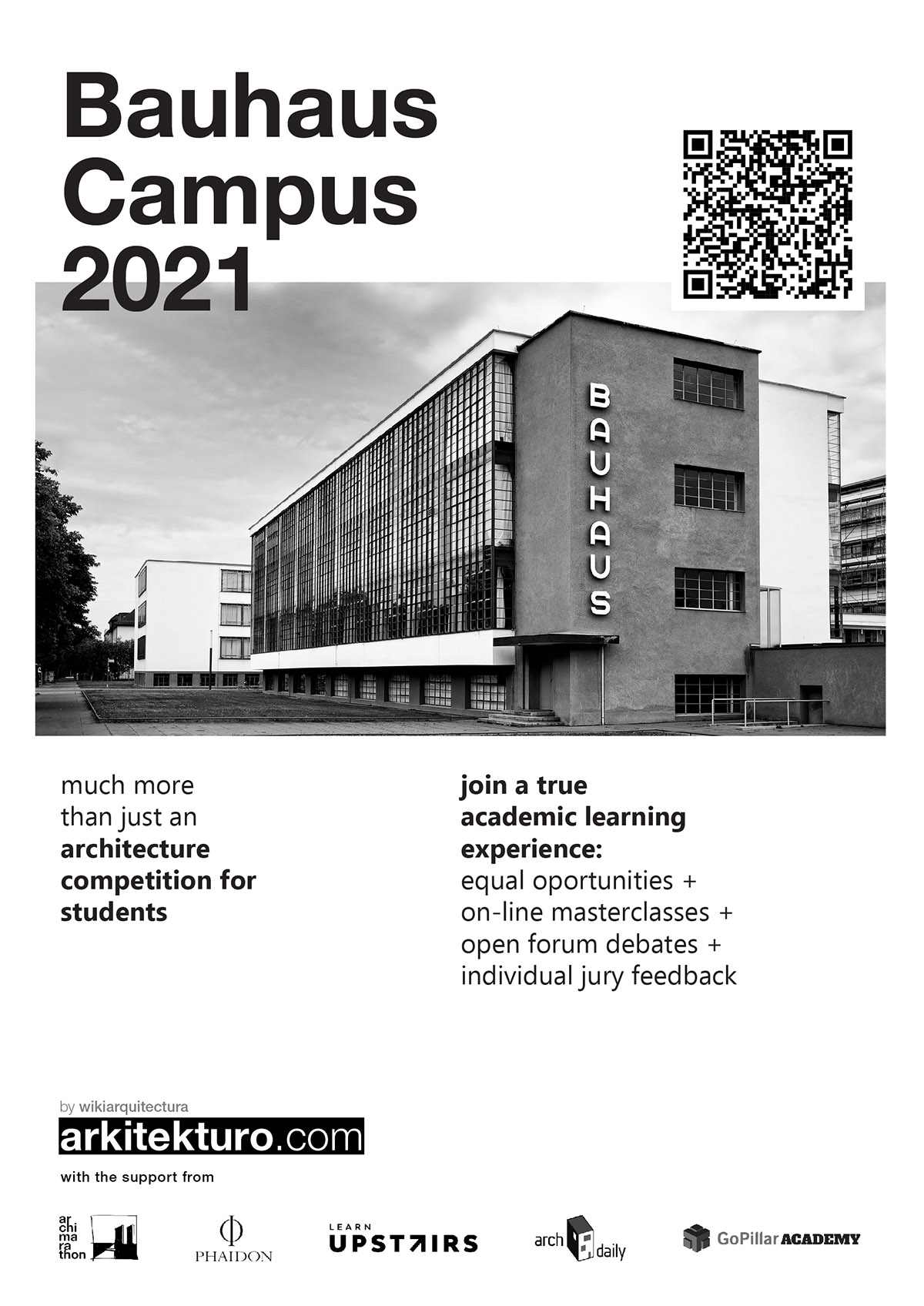 The challenge you are about to embark is the design of the new 2021 Bauhaus Campus. An educational space where the status quo of architecture can be challenged and where new ideas and solutions can be explored.

The 2021 Bauhaus Campus is not meant to be a traditional university, but a creative and explorative space instead. The campus will not offer the traditional undergraduate, graduate or masters programs, there will be no exams, no grades… Instead, students and professionals from around the globe who have shown an interested in proposing design and architecture solutions to today’s problems, will be invited to come together on campus for different periods of time to share their ideas and visions.

After putting his career as an architect on hold to fight the first world war between 1914 and 1918, Walter Gropius sensed the world needed a radical change, a change in which arts and architecture would play a fundamental role.

His previous ideas of what architecture should be didn’t quite make sense anymore. His new vision of architecture was one were all arts came together to re-imagine the material world, were craftmanship would reclaim its leading position in the production process and were artists would find a way to imprint their soul and essence into rational, useful and beautiful objects that could be mass produced following the ideals of Fordism and Taylorism.

It was 1919 in post-war Weimar, Germany. Walter Gropius had just founded the Bauhaus. One of the most radical evolutions architecture has ever experienced was about to begin.

World Architecture Community readers can receive an exclusive 10% discount over registrations with a promo code: WorldArchitecture_10. The code is valid until Thursday, December 17th (Thursday included).

Addenda architects, Architects of the Bauhaus Museum in Dessau.

Leku Studio, Studio focused on urban design in a range of different scales.

- All participants will get access to exclusive online lectures.

- Personalized feedback from the jury.