Moscow-based architect Davit Jilavyan and designer and visualizer Mary Jilavyan have envisioned a new stone-shaped hotel after they saw a composition of three stones near their home in Moscow.

Called Dolmen Shelter, the duo imagined a mini hotel that can comprise individuals guest rooms made of real stones. Inspired by dolmens - consisting of two or more megalithic legs carrying a flat "table" stone, the duo wanted the Dolmen Shelter to evoke these mysterious structures but giving them some sort of characteristics. 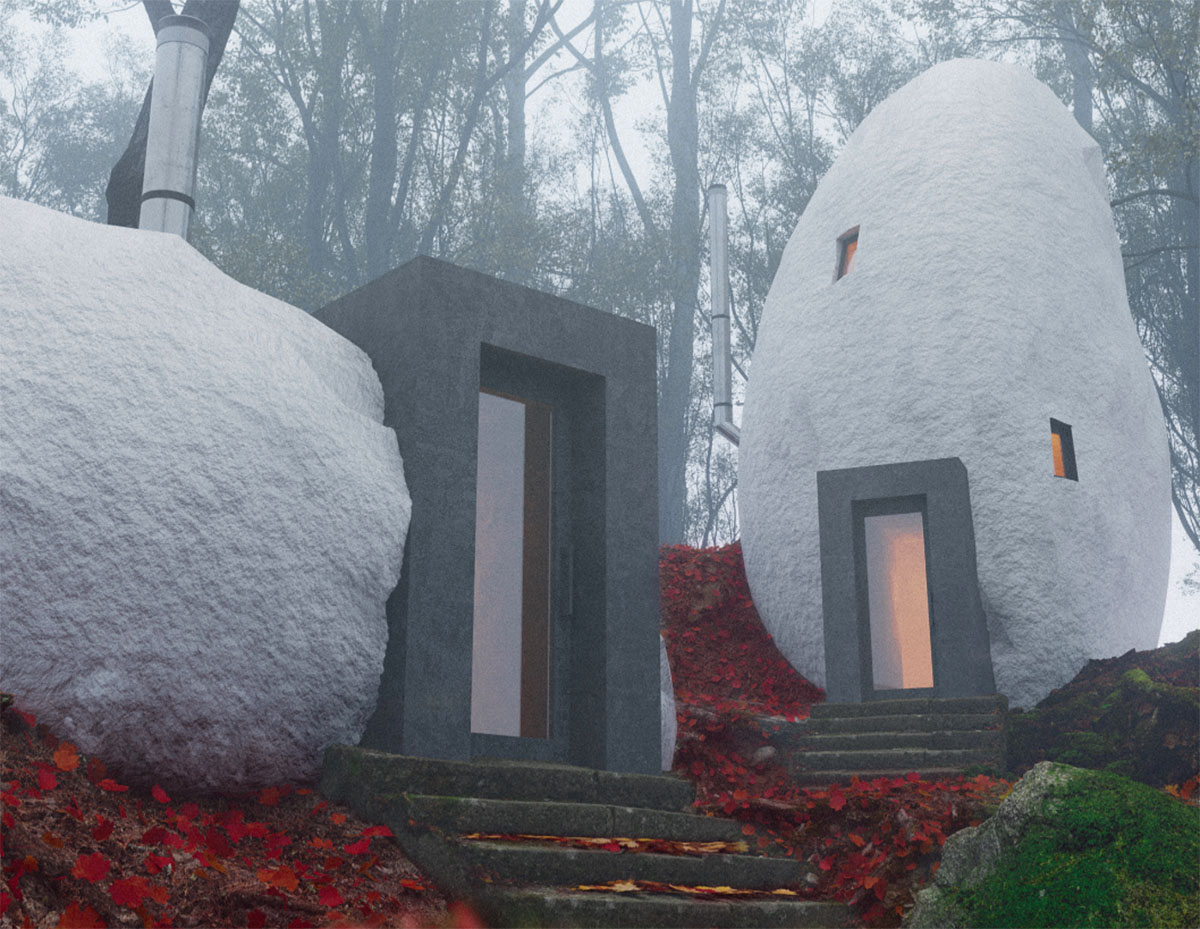 Davit Jilavyan and Mary Jilavyan imagined only three guest rooms - but there can be added later to offer more stone-shaped houses. All stone-formed volumes have a ragged texture with large door that point out the rooms from afar. They are reached through natural stairs, the rooms have very small windows on their facade. 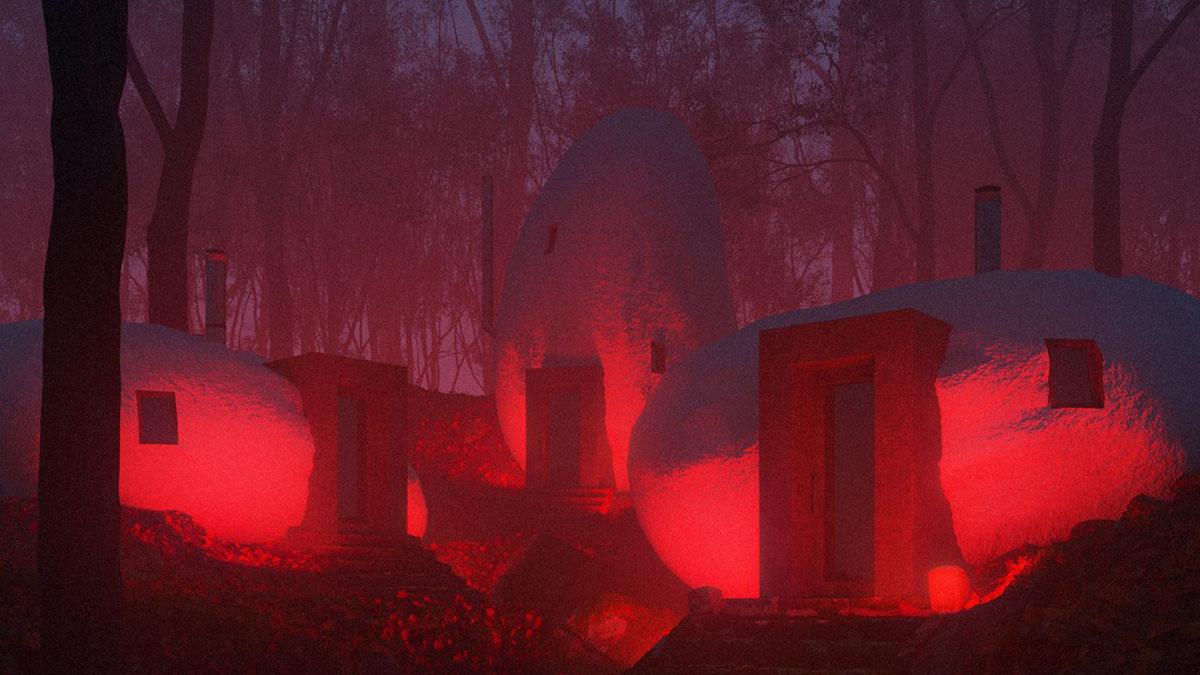 It is like staying in a real cave, as the interiors are entirely made of rounded walls which showcases the natural shape of a stone. In the vertical stone, which is positioned in the middle, the room also contains a mezzanine floor including sleeping area.

The interiors are in free form and they don't have many furnitures - the furnitures are derived from the shape of a stone - it is sometime a small sofa or sometimes it becomes a chair.

"Everything created by the nature is perfect. People can never achieve that perfection but we can see and learn from the nature, the greatest creator,  So the shape is made of reinforced concrete and faced with plaster imitating natural stone," said Davit Jilavyan and Mary Jilavyan. 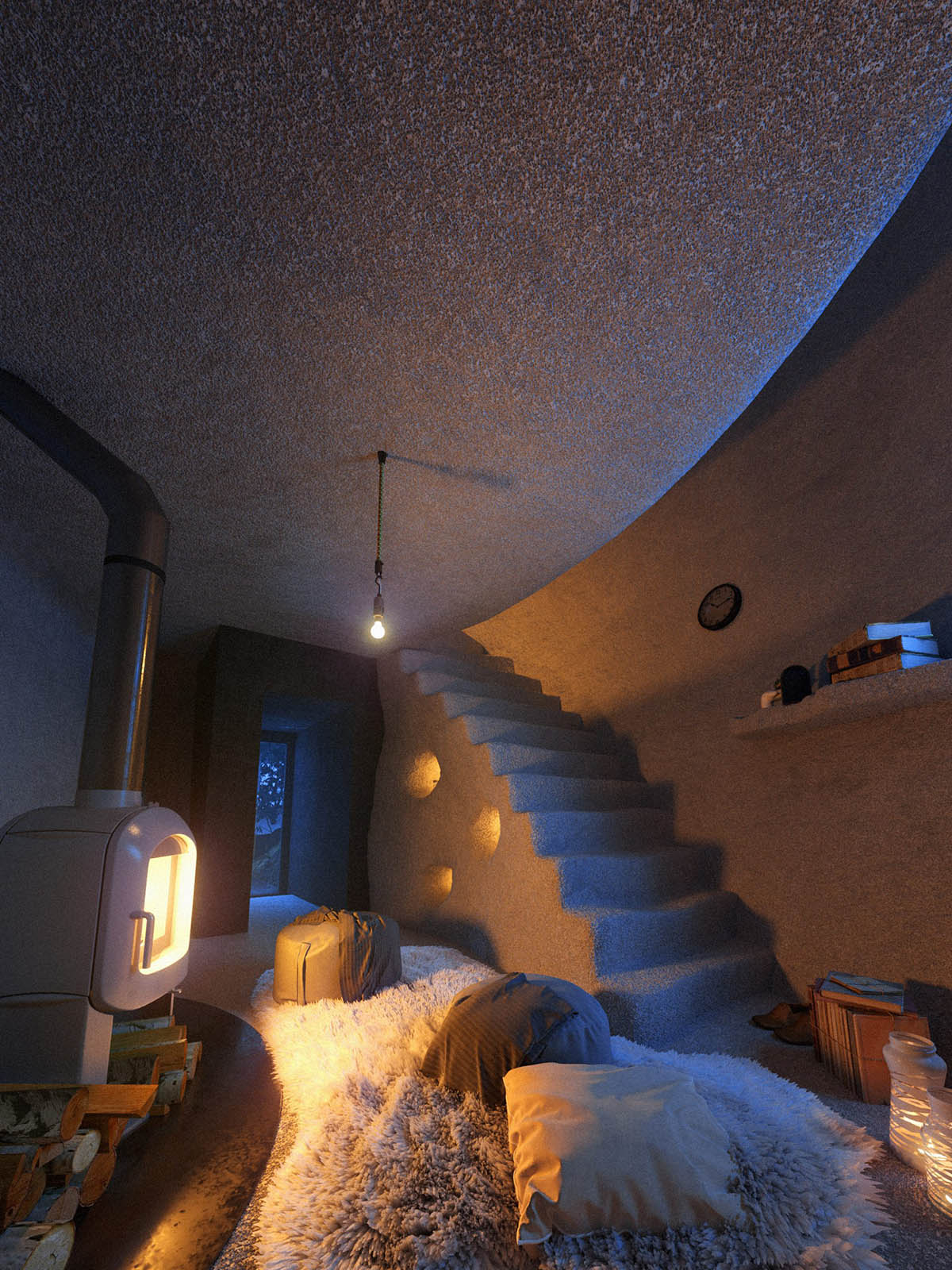 "We are tired of modern house projects which look like aquarium, with four sides of glass, so there are just a couple windows, we didn't want much light to come into the house."

"Also there are not very much furniture but enough for comfortable living, A rectangular volume with an entrance space is built into each house."

"We wanted to create an atmosphere of cave case caves are the places where our ancestors all lived, Isn't it interesting to feel that but have all you need to live comfortable?," they asked. 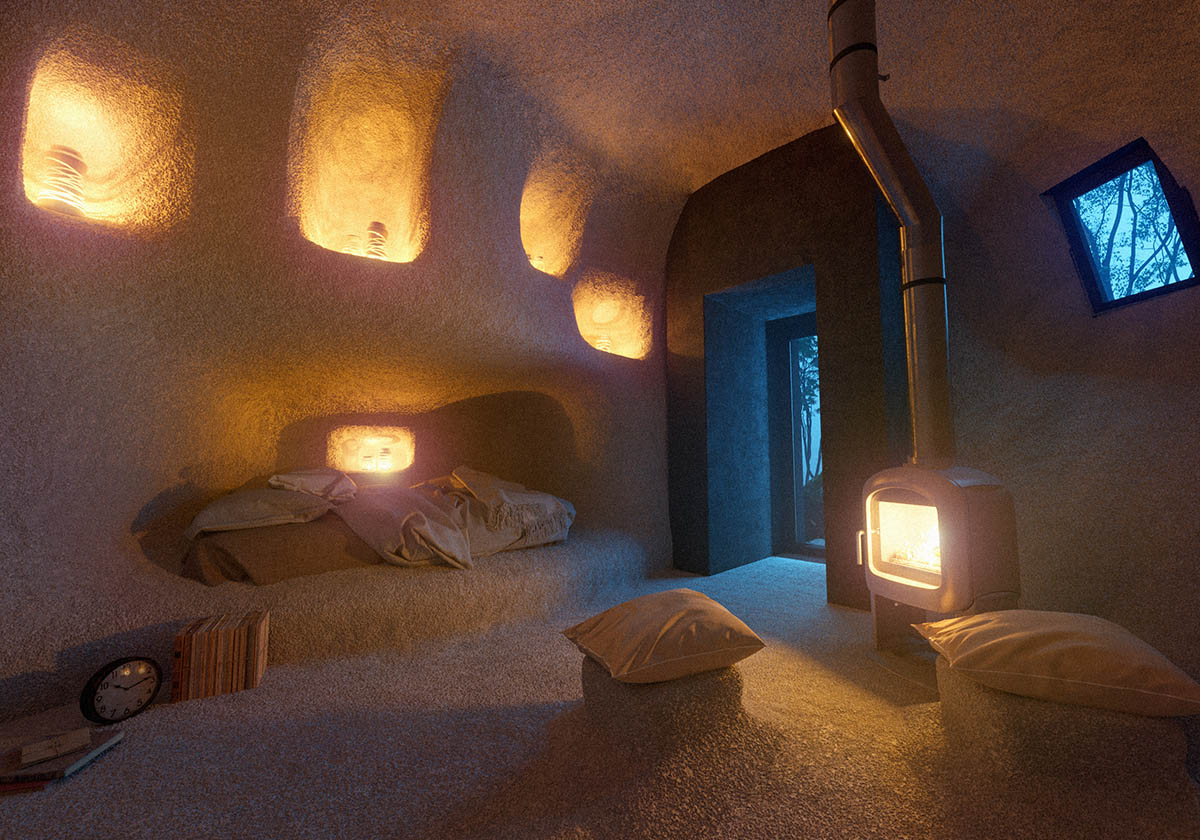 "We believe that in such place people could really abstract from the current nervous lifestyles and concentrate on themselves and their inner voices. To give themselves the rest they deserve."

"This red lighting looks quite ominously, isn't it? We wanted to create some mysterious atmosphere cause  the dolmens are a mystery, their estrangement from everything else is mesmerizing, they attract people. So we wanted to give our buildings some of these characteristics," they added. 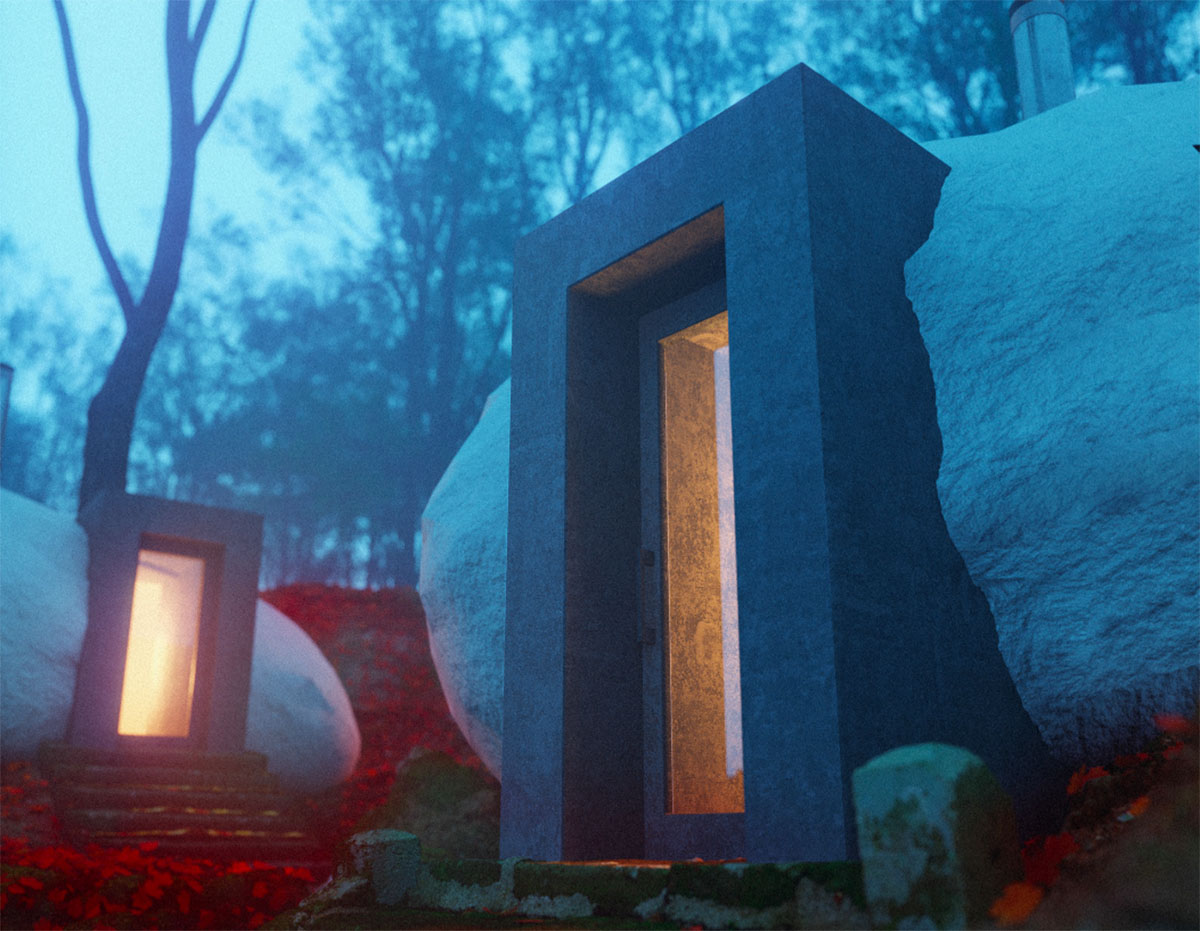 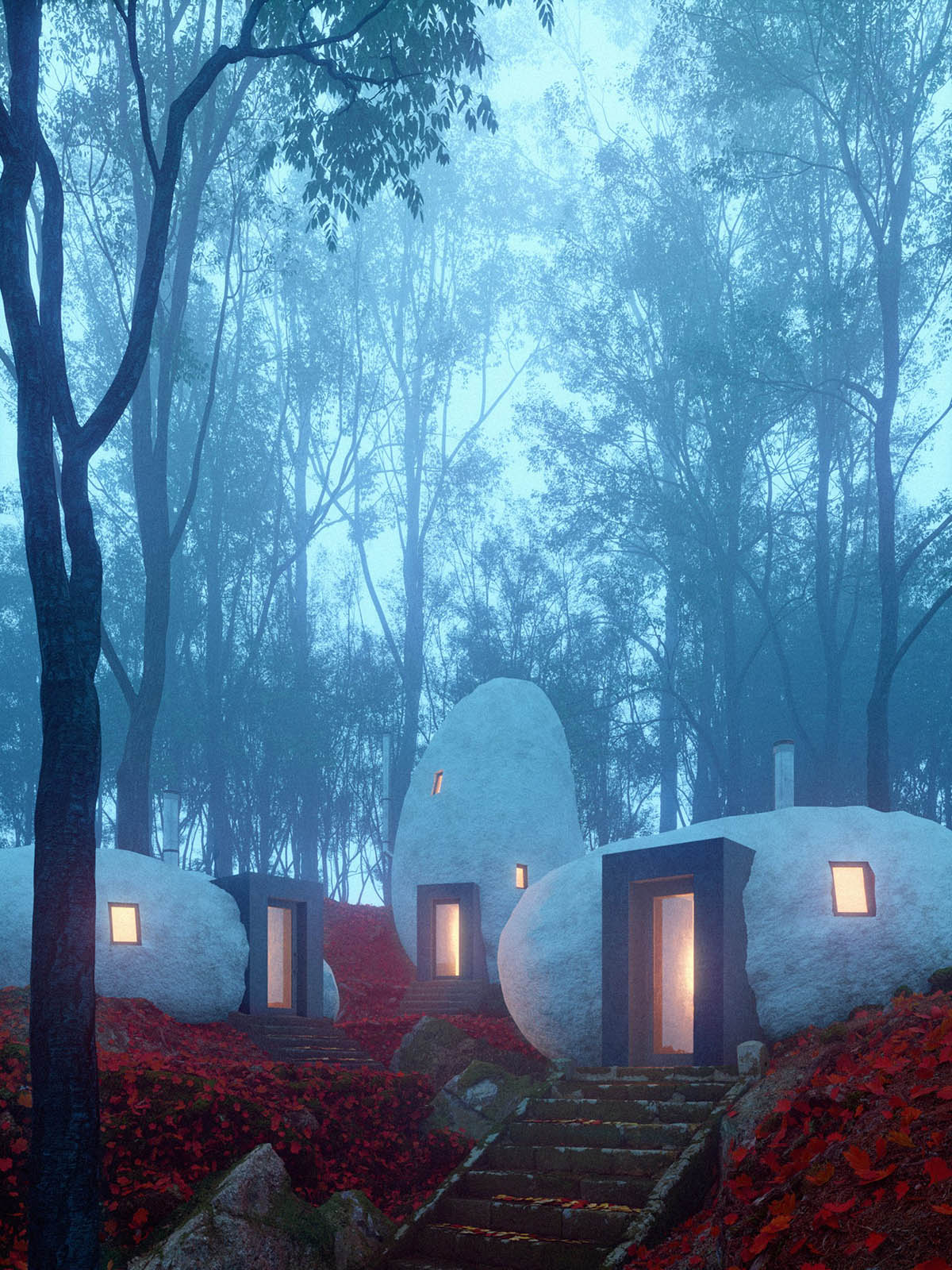