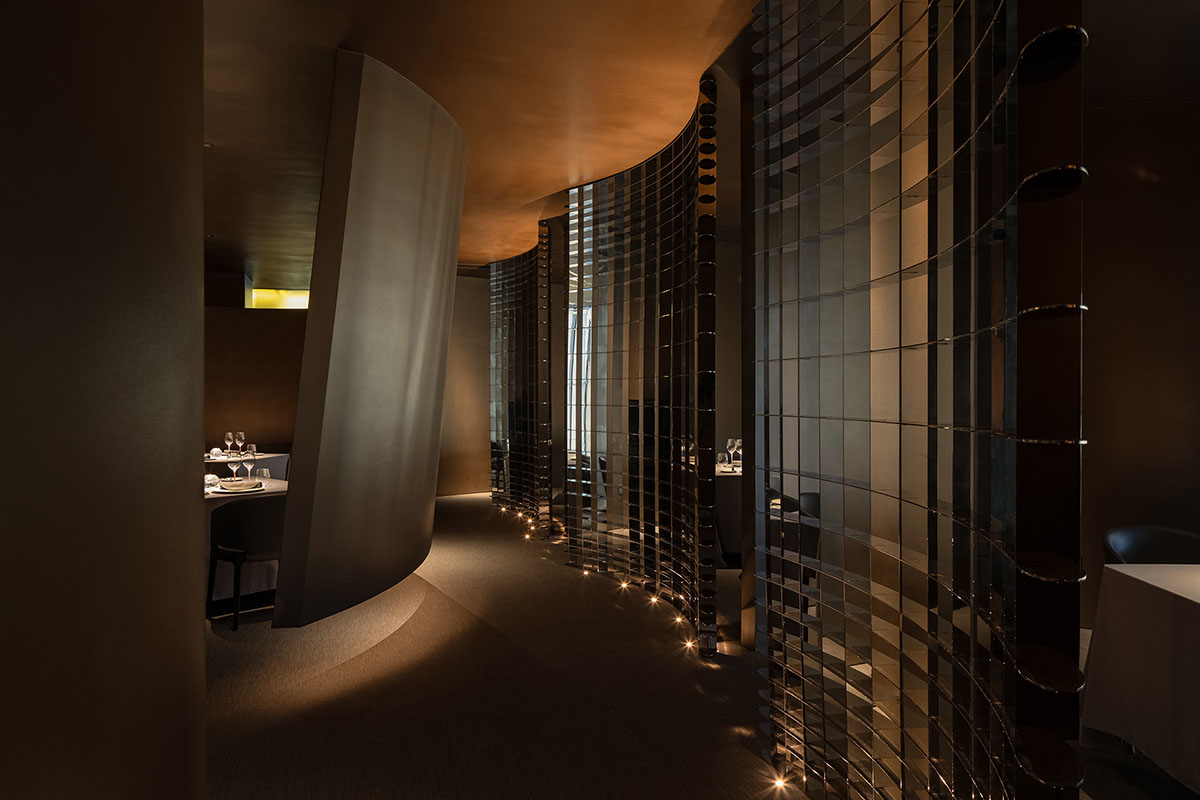 AD ARCHITECTURE has designed a restaurant with dark and cozy interiors in Shenzhen, Guangdong, China. Named Gentle L By Alan Yu, the restaurant hopes to provide a private and cozy environment for people to enjoy fine French cuisine, regardless of the hustle and bustle of the outside world.

Situated on the second floor of Hilton in Futian District, Shenzhen, China, Gentle L By Alan Yu is a French restaurant, co-founded by Léon LI and Alan YU. 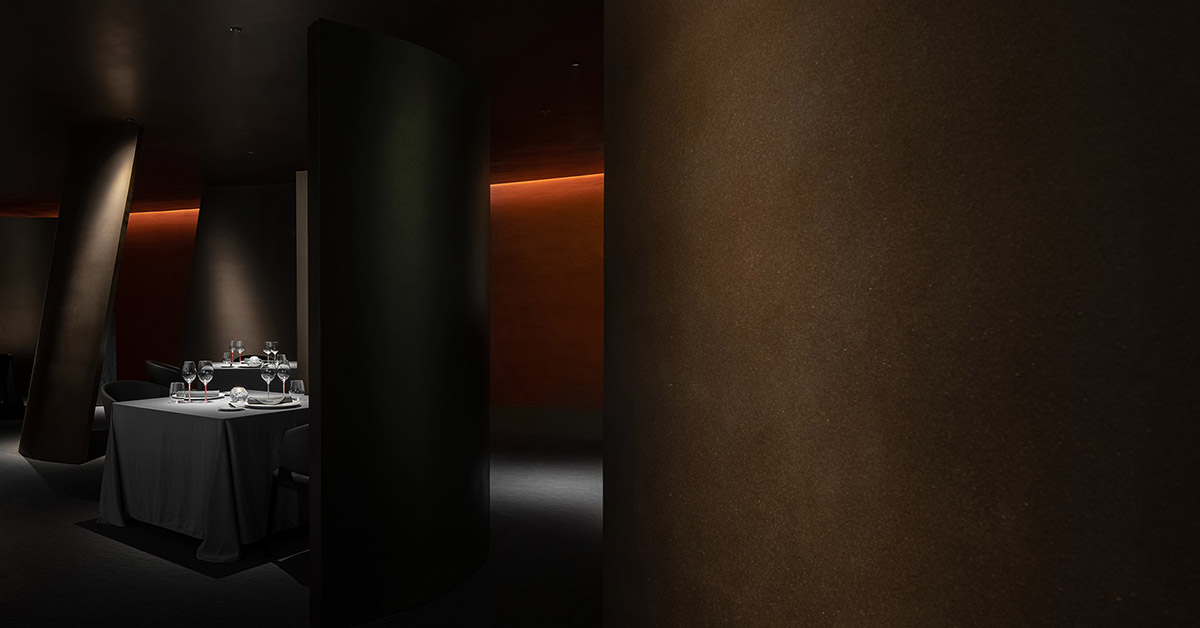 The letter "L" in the brand name represents the initials of Léon LI, while "GENTLE" indicates a sense of ritual and French elegance, besides, Alan YU was previously the Executive Chef of a three-Michelin-starred restaurant. 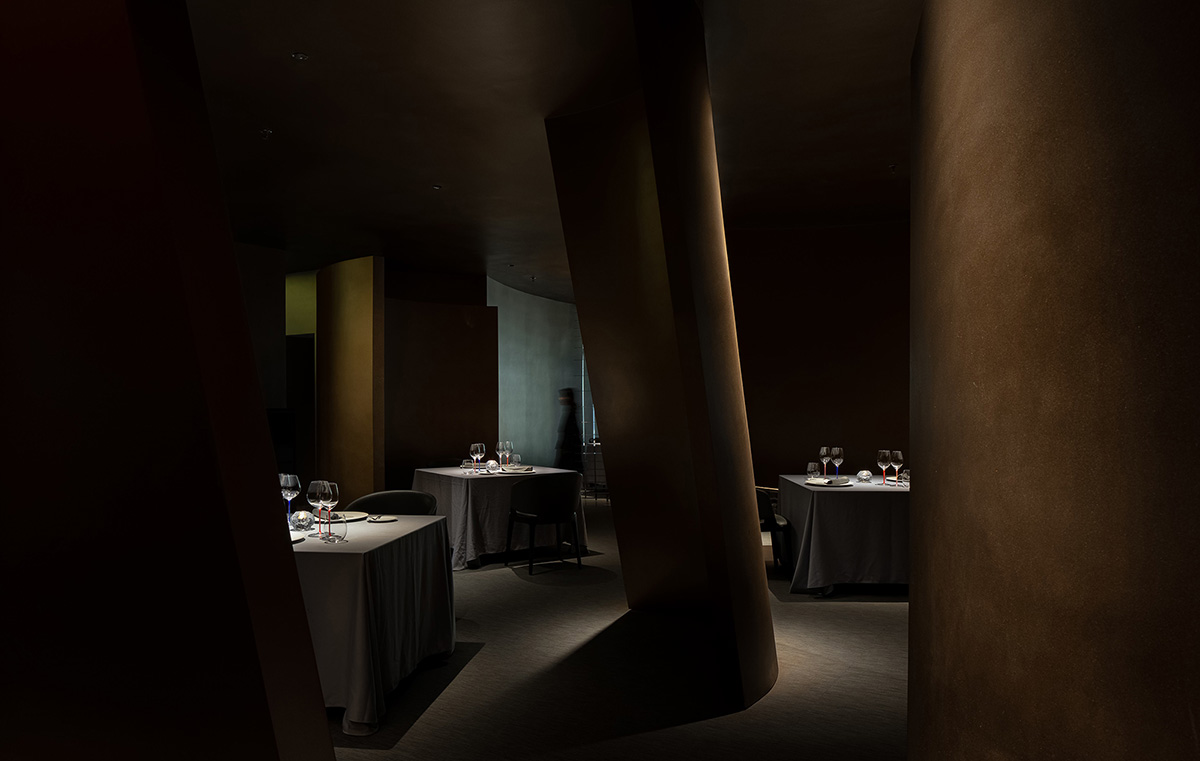 Most French restaurants usually have a traditional spatial pattern. However, as approaching the project, the design firm AD ARCHITECTURE made an innovative attempt, which broke with the conventional layout while also bringing in French-style elegance and romance. The design focuses on creating immersive French-style dining experiences.

From geometric shapes to natural material textures, dim light and music, all those elements are aimed at producing unique emotion-evoking spatial experiences and allowing people to feel the space as if they are enjoying a concert, which is mysterious and fabulous. 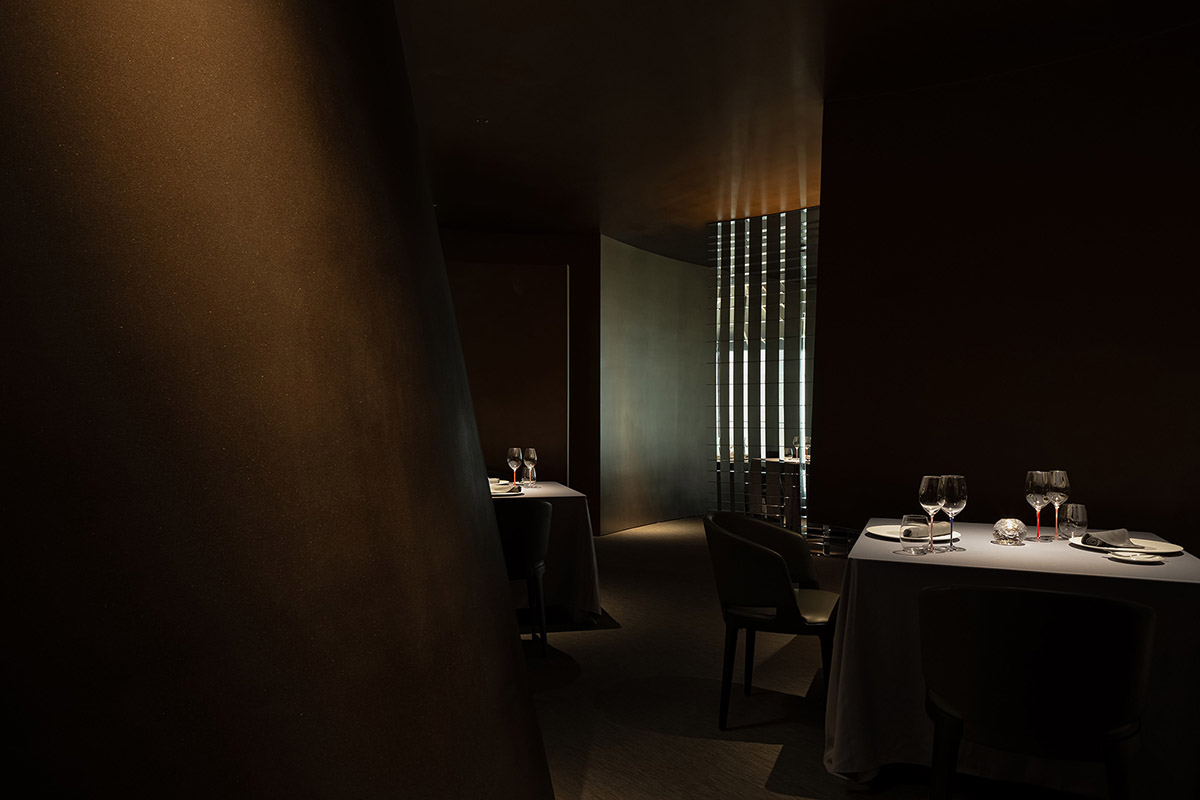 When people enter the restaurant, a large red logo backdrop wall firstly comes into view, the coarse texture of which symbolizes nature and health.

Complemented with the delicate metal logo, the wall brings surprises and stimulates imagination. It conveys that this is not a conventional French restaurant and the authentic and innovative food served here will give diners a new understanding of French cuisine. 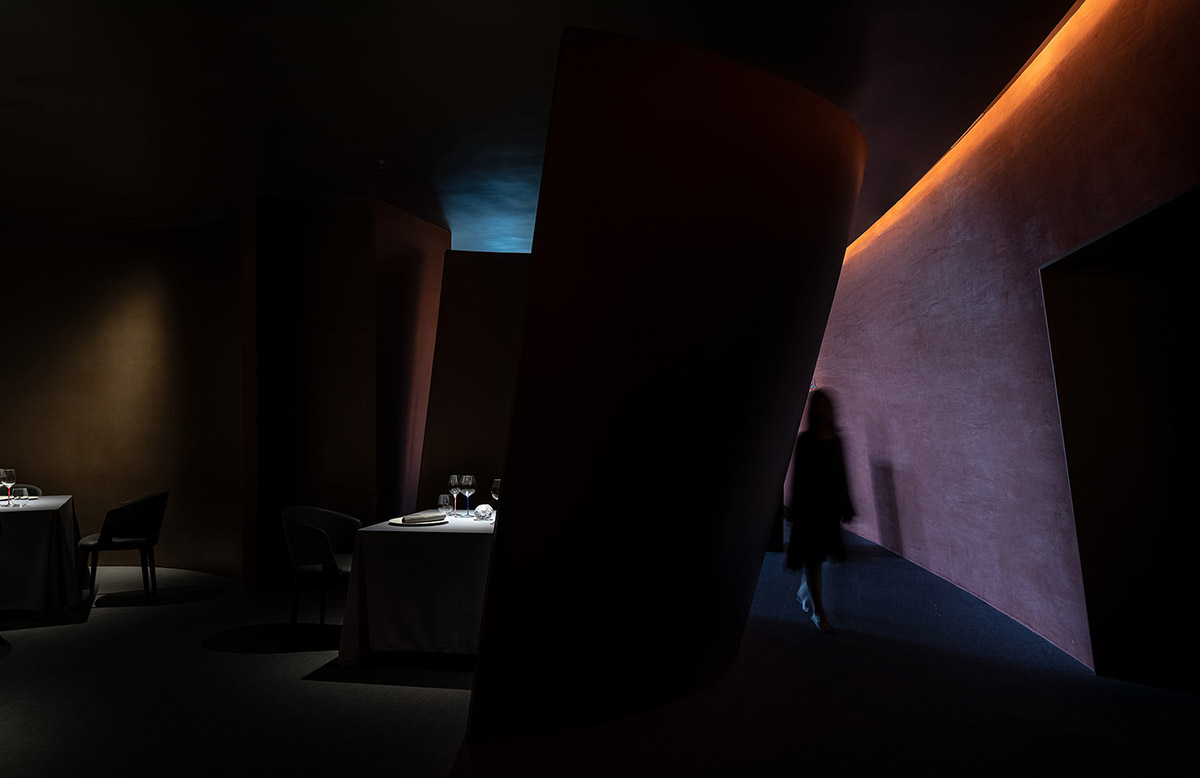 The overall space is semi-enclosed, which not only ensures privacy but also enables people to enjoy varying scenes and have different feelings when walking in it. The dim light environment implies that what happens to people in the space is the core of design. It's about new hedonism. 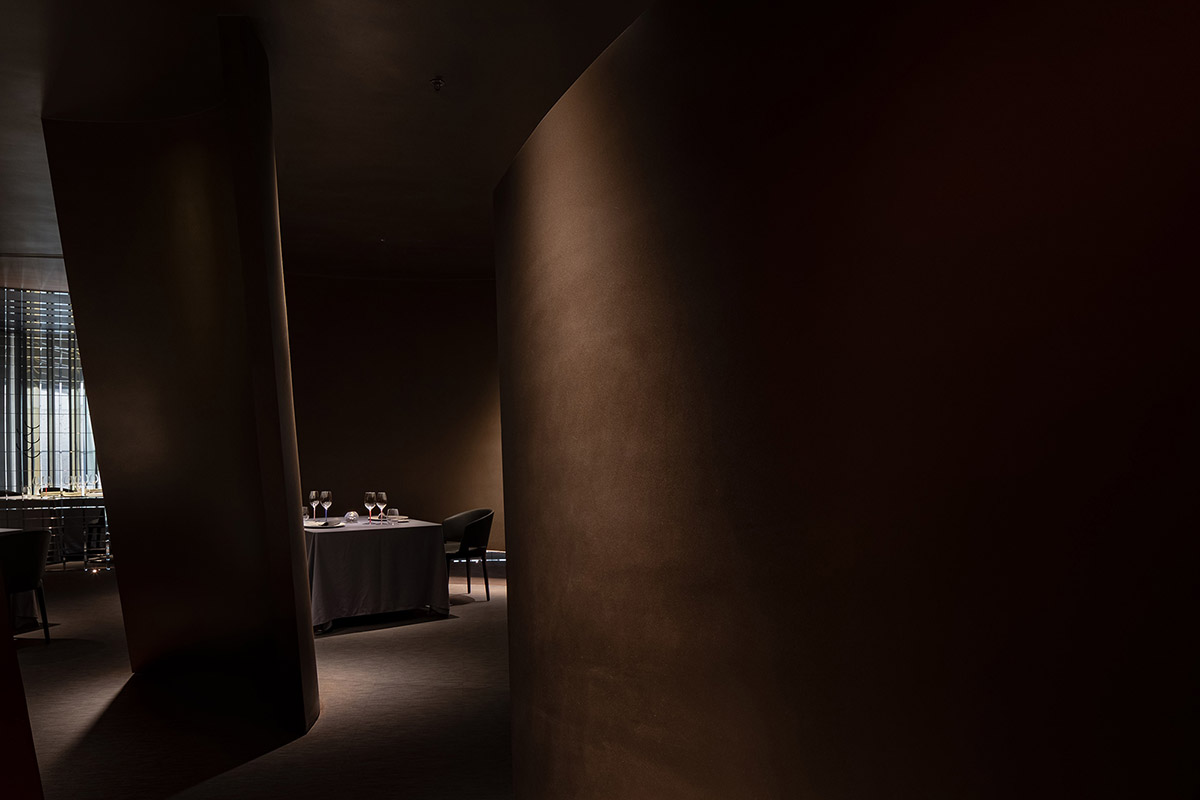 At the middle of the space erects a huge steel column made of hand-made wrinkled aluminum featuring wrinkles, which soften the column visually and make it appear more flexible and elegant, hence becoming a visual highlight in the space. 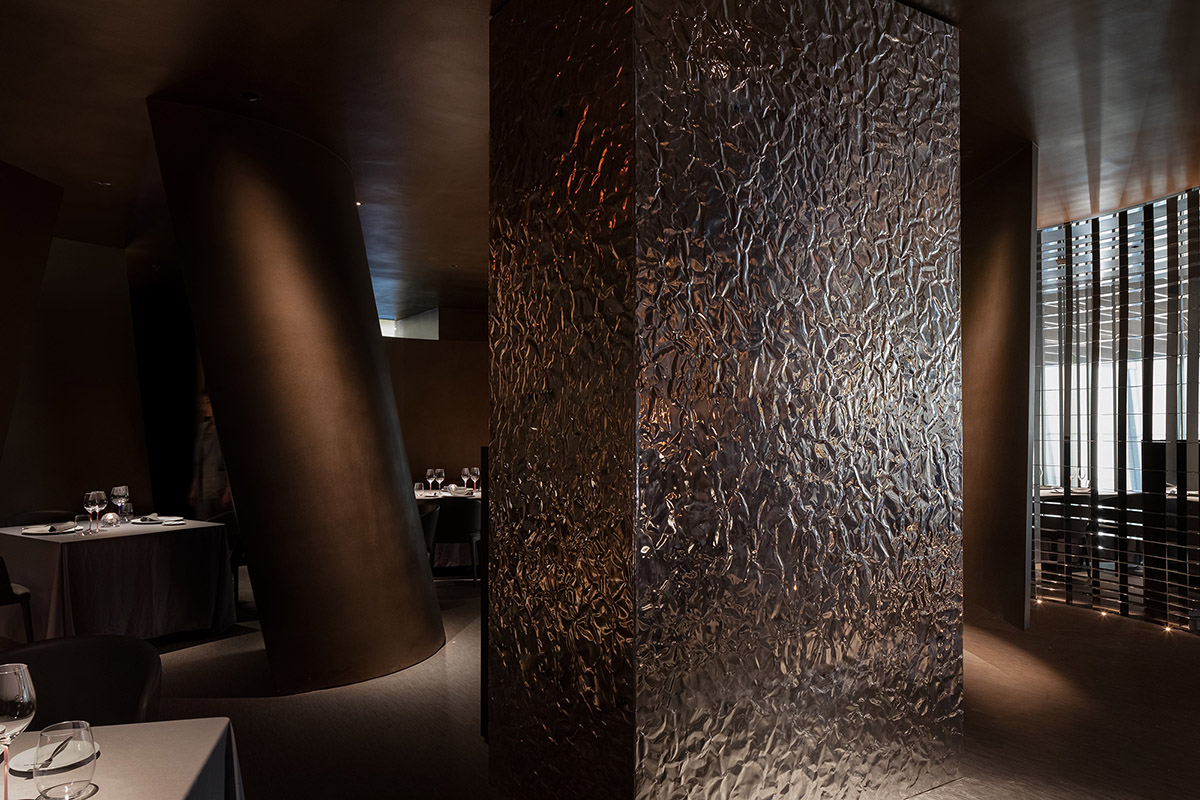 Set at the corner of the restaurant, the bar area is accessible to all dining tables. Not far away from every dining area, it satisfies necessary functional demands while also adding a romantic yet playful character to the space. Different from common noisy pubs, the bar area is tranquil but is charming as well. 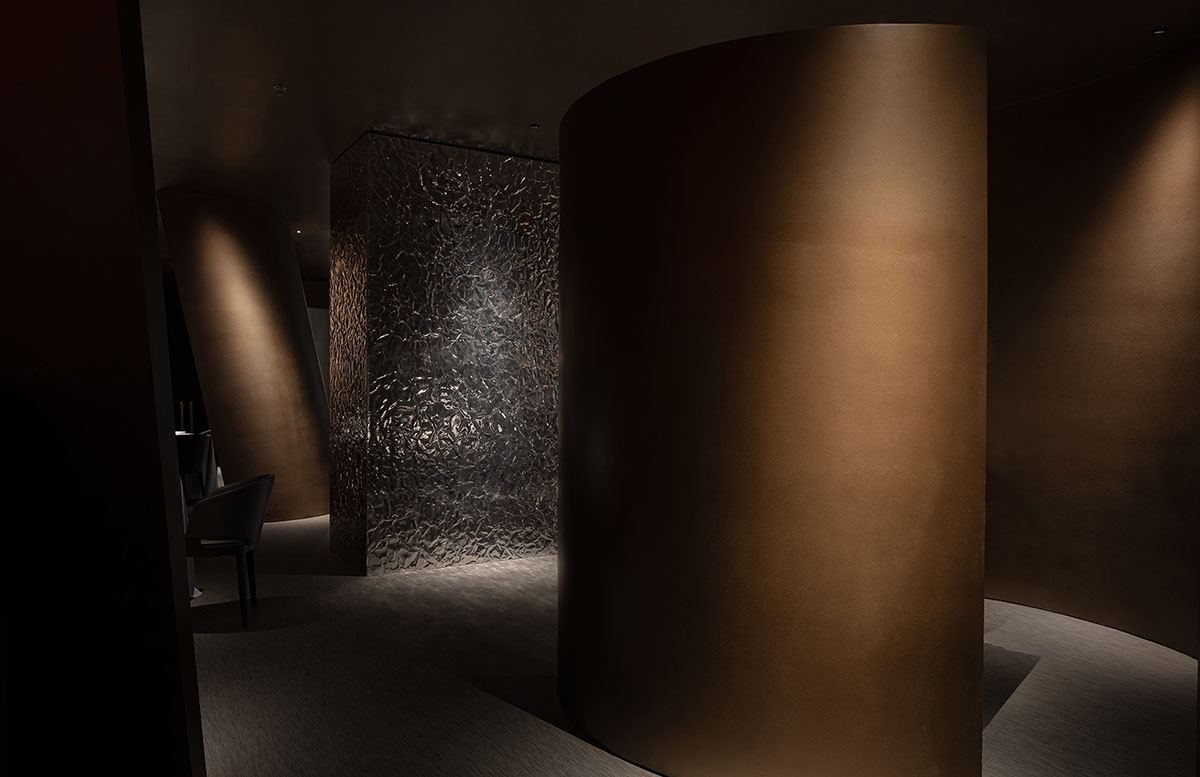 The design of the banquet hall emphasizes the elegance and simplicity of spatial scenes, as well as the sense of ritual during dining. A counter is placed there, enabling the guests to enjoy food-making process. 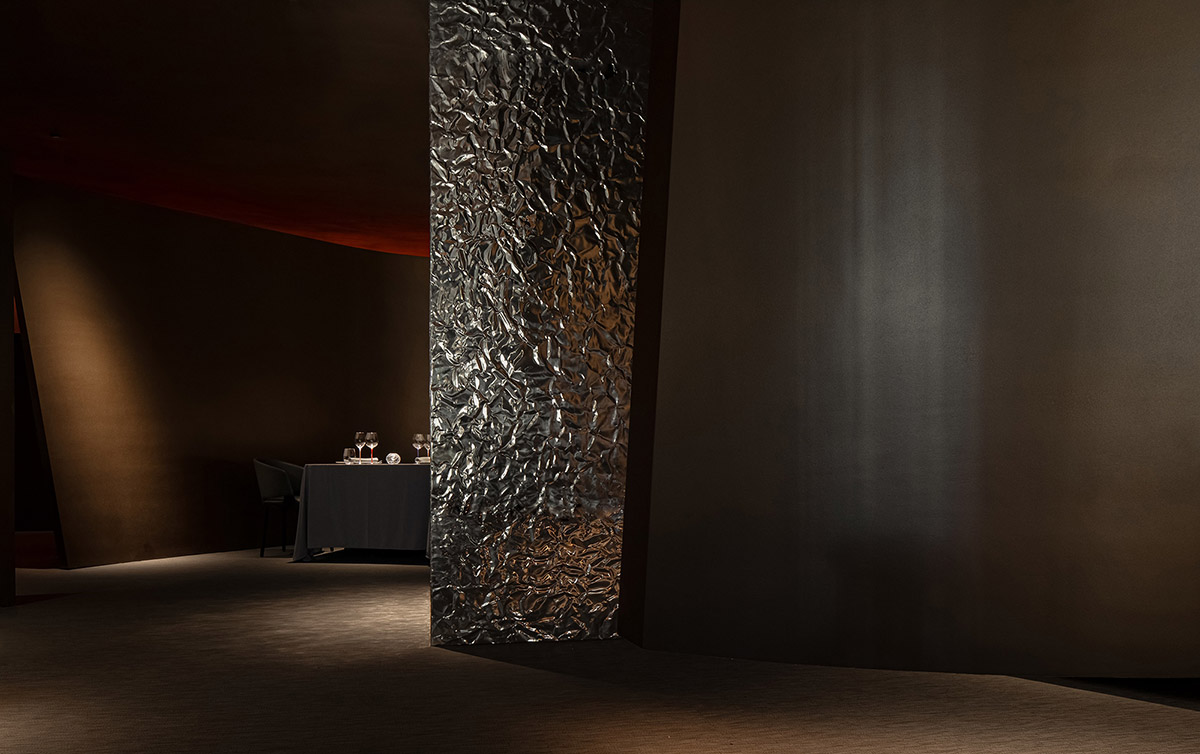 The project shows a novel artistic interpretation of aesthetics. In such a space, one table, two persons and delicious food can form a poetic, distinctive and storytelling scene.

The project is an attempt to shape the future of the city, and to stimulate people to discover the inner mind and explore playful experiences. 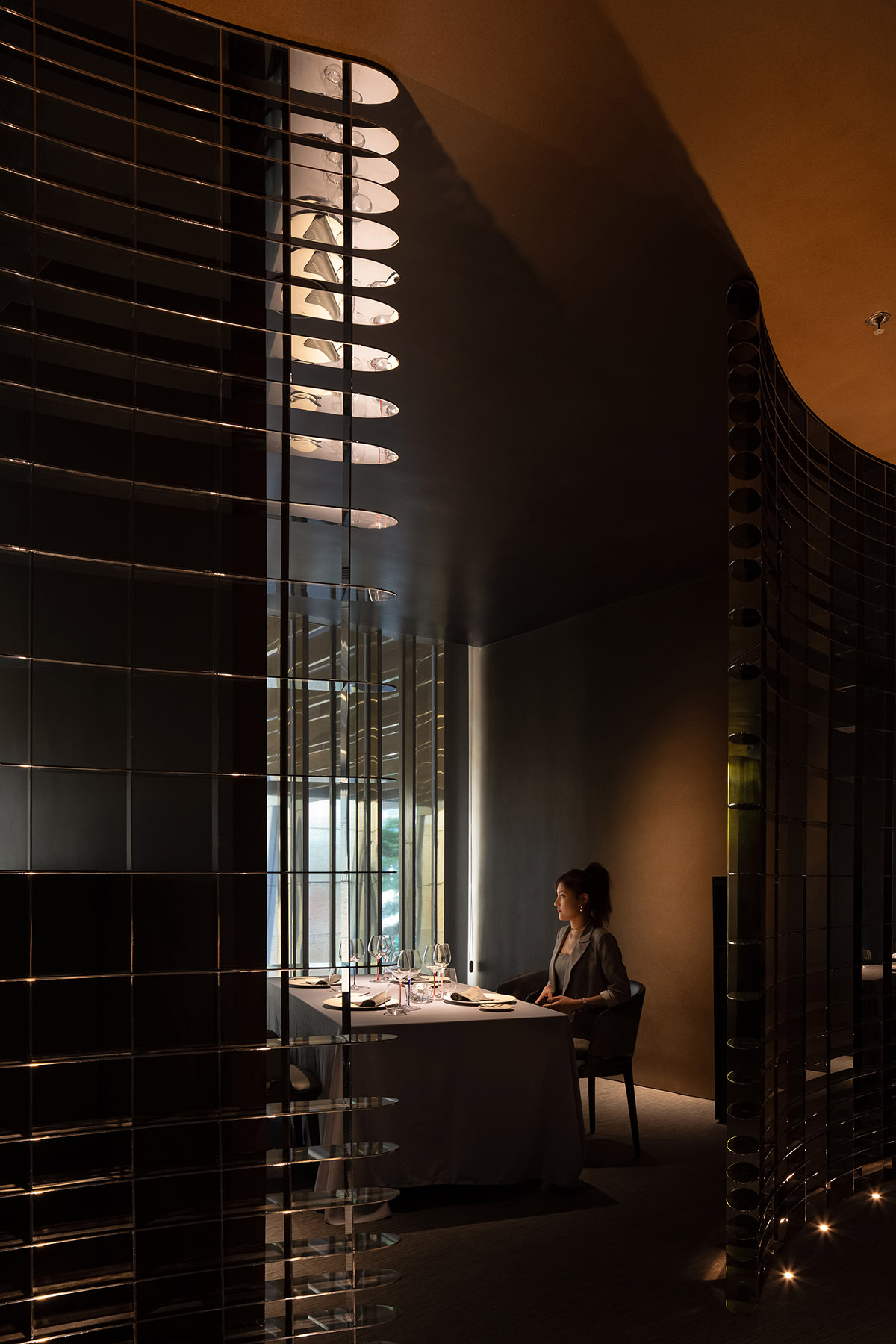 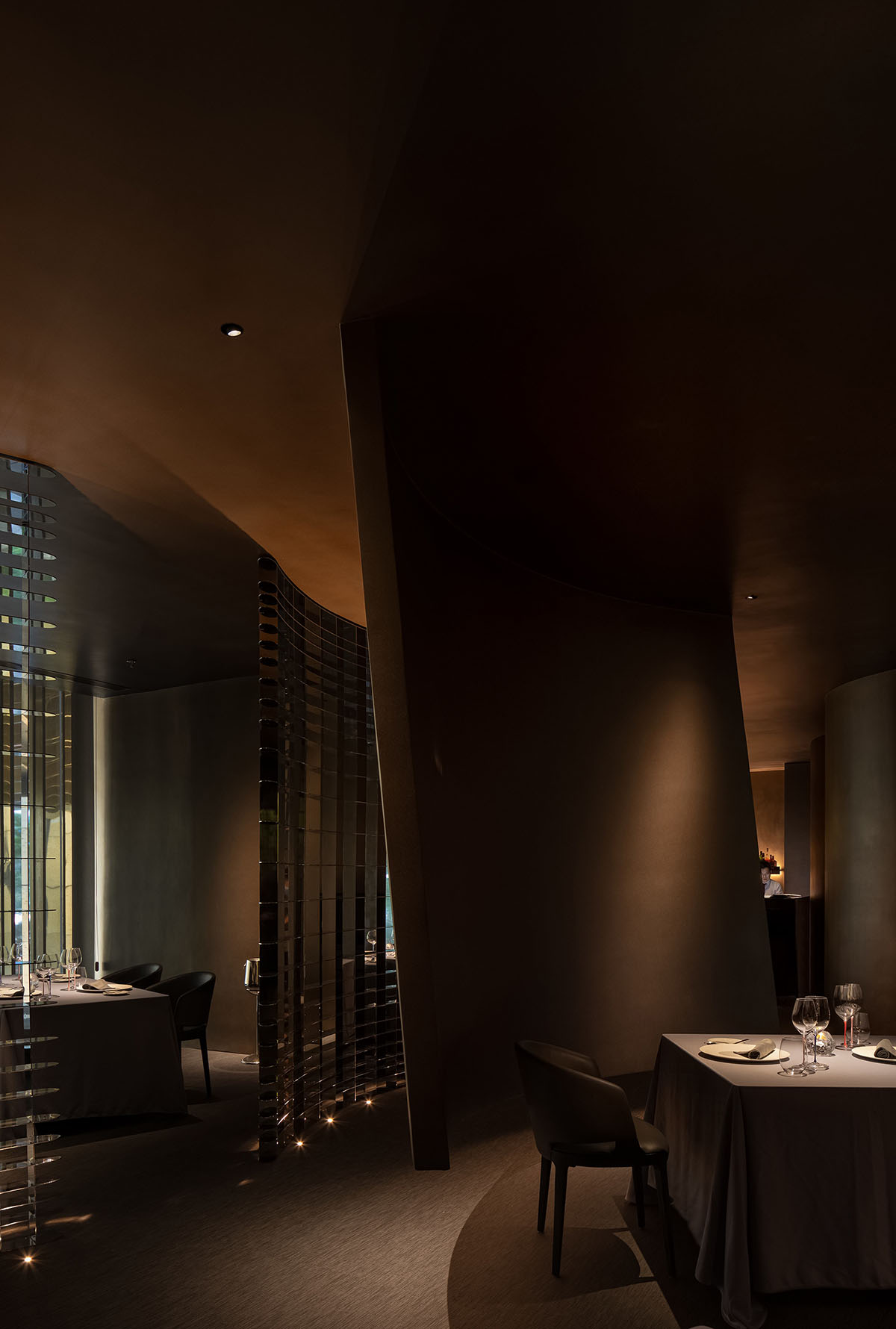 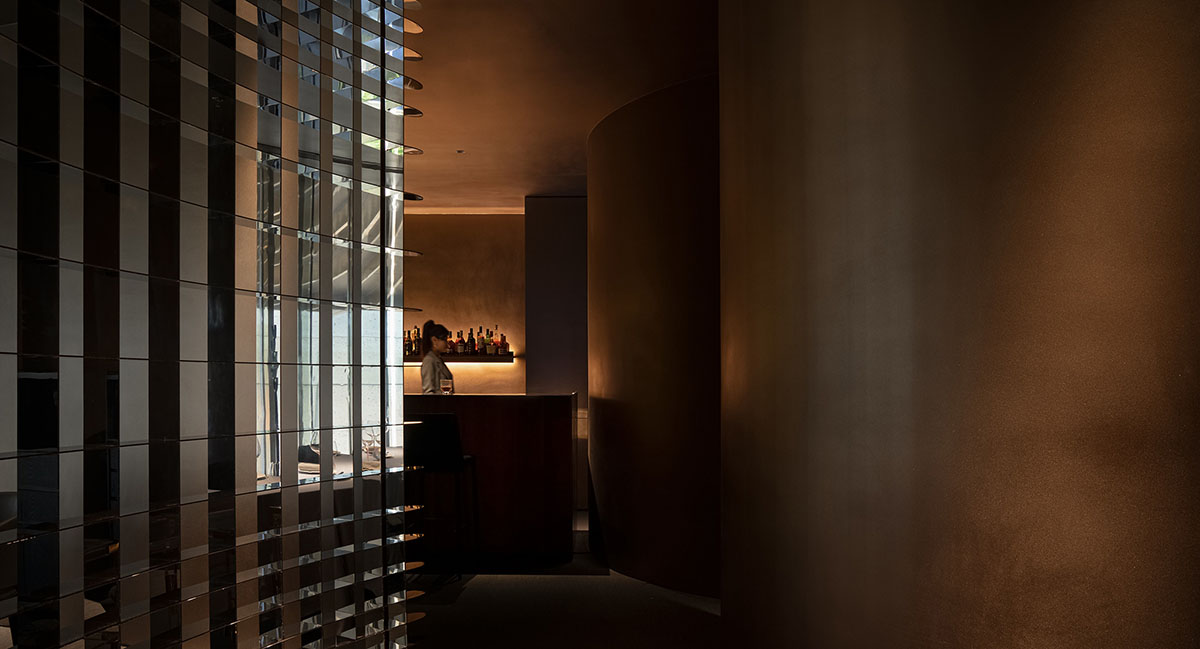 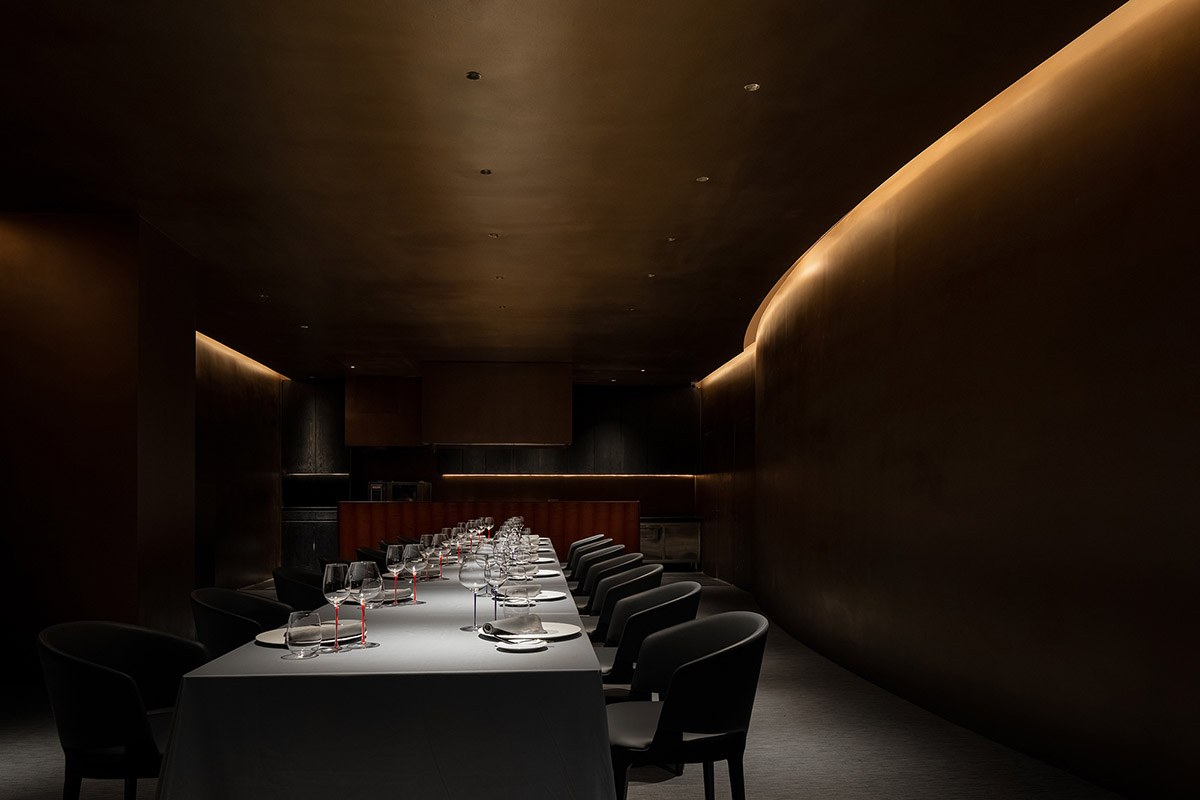 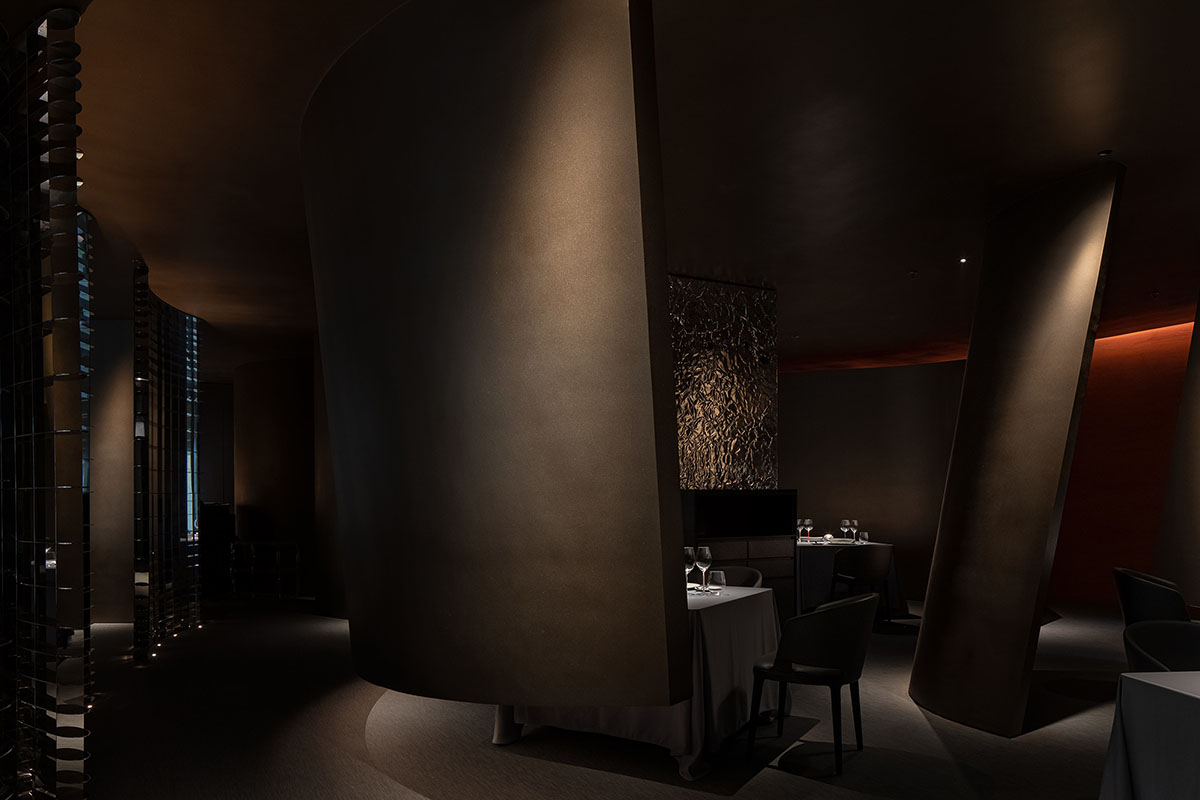 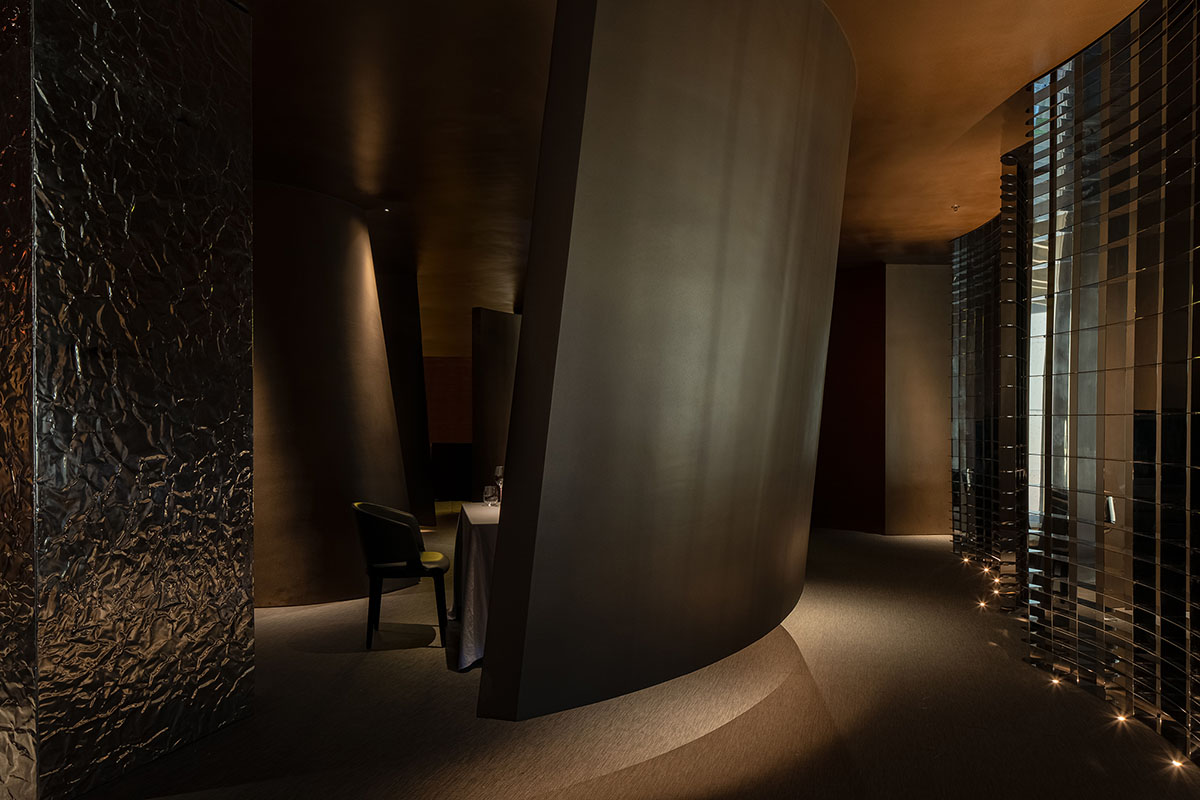 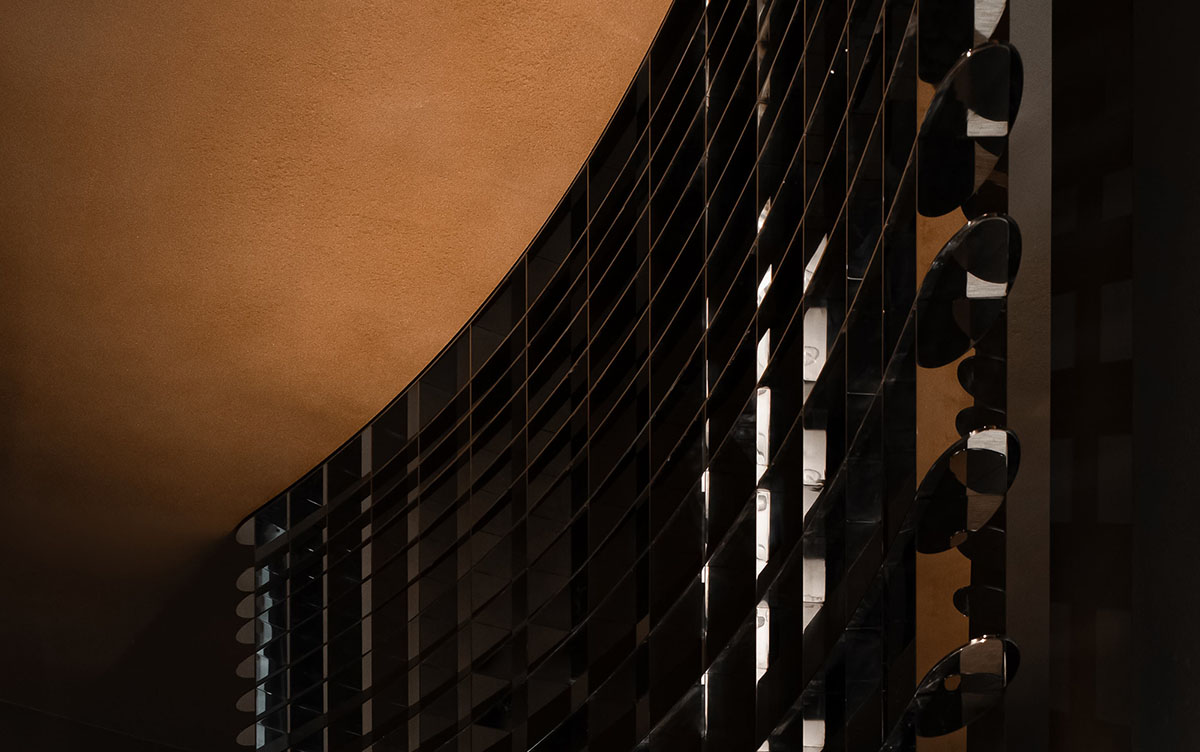 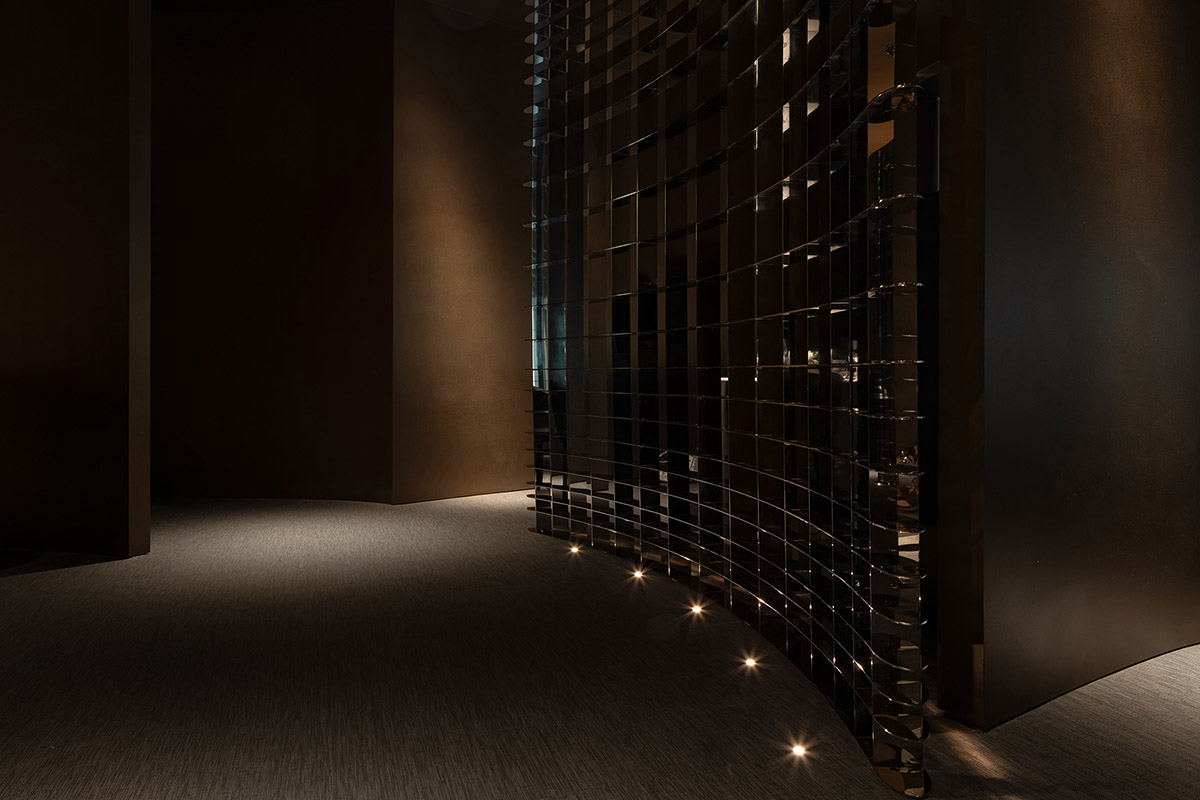