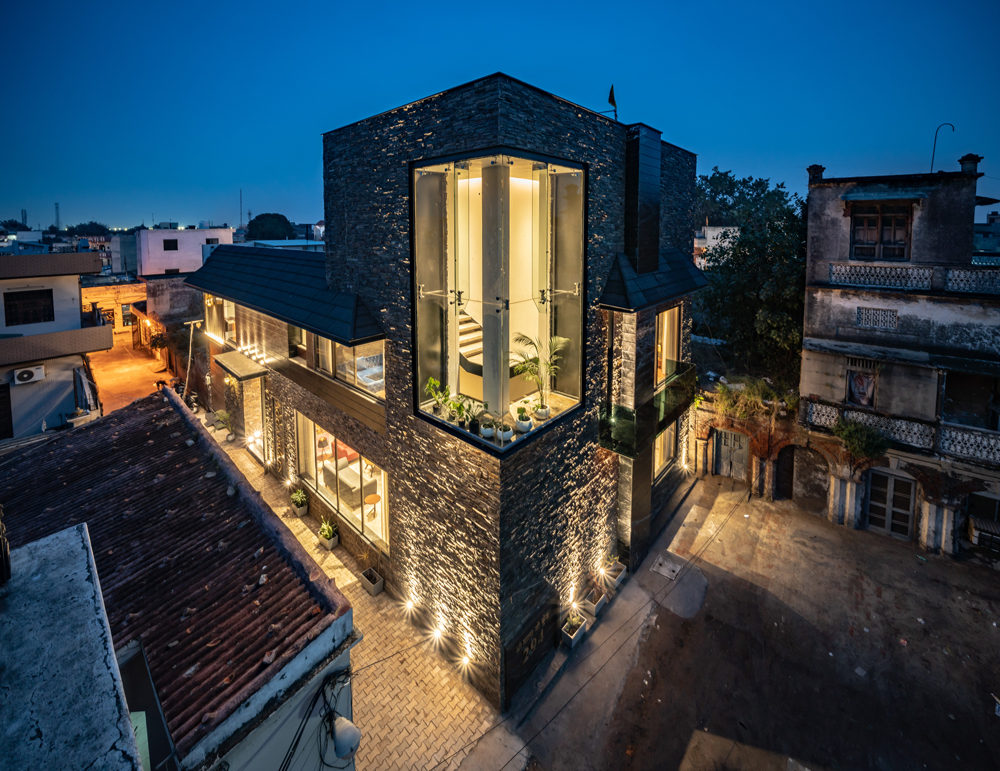 Standing as an eminent structure in the typical Old Jalandhar gully, The ‘Hidden Mansion’ designed for the Aggarwal’s by Space Race Architects, is situated in a modest neighborhood. The house is an attempt to bring a change in the conventional design approach keeping in mind the changing visual interests of the new generation that is primarily happening because of globalization. Amidst old colonial architecture, the house establishes a vocabulary of its own, energizing the idea of nuclear families. The house is designed for a young couple who have two daughters and a son. It is flamboyant yet grounded in reality and responsive to its context of old town morphology. The narrow lanes of Old Jalandhar involve hideous spaces, which one stumbles upon while walking. These spaces promote efficient light and ventilation in surrounding houses. Interestingly, the mansion is located at the curb of one such hideous space. The house is positioned in such a way that it not only utilizes its traditional characteristics but also enhances the surprise element through its eccentric form. 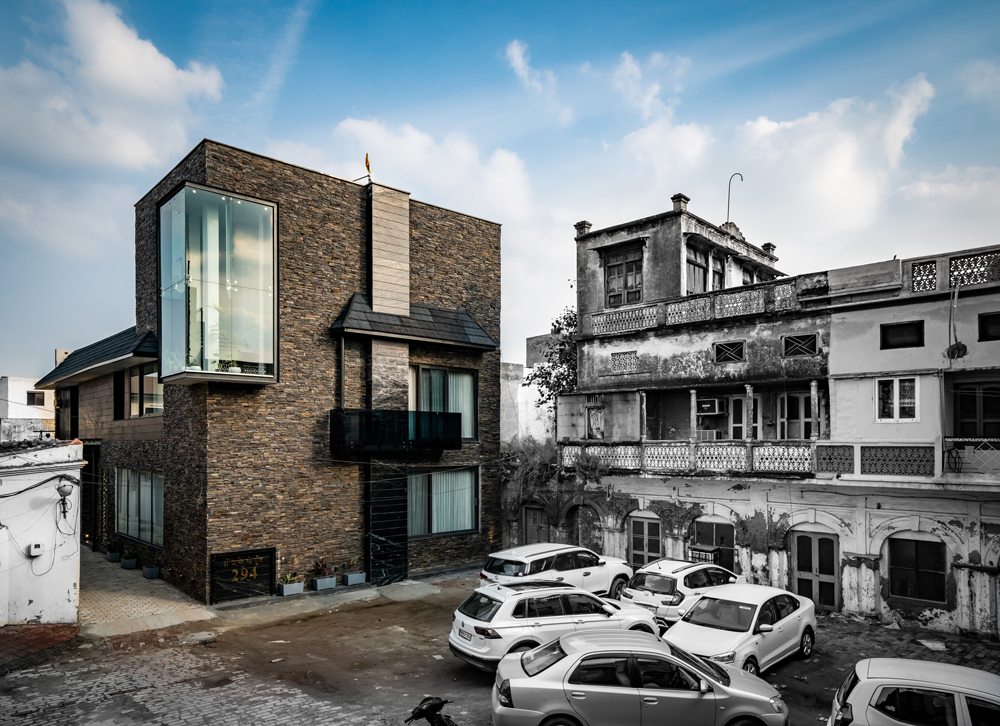 The two-storied structure with traditional stone masonry embellishes the exterior, and the sleek pitched roof, a chimney, and dark slate cladding add to the humbleness of the façade. The skillful use of glass not only enriches the face of the house but also improves the functionality in terms of natural light for the insides. The interior is a perfect blend of luxury and simplicity. Seamless Italian marble, minimal furniture, rich fabrics, and exquisite wooden grains keep the interiors classy yet subtle. The walls are mostly kept bare, except for the occasional paintings or an iconic wall piece, such as the judicious wall clock. The wisely placed lighting enhances the appearance of natural finishes and adds the necessary spectacle to the interior spaces, which transforms throughout the day. 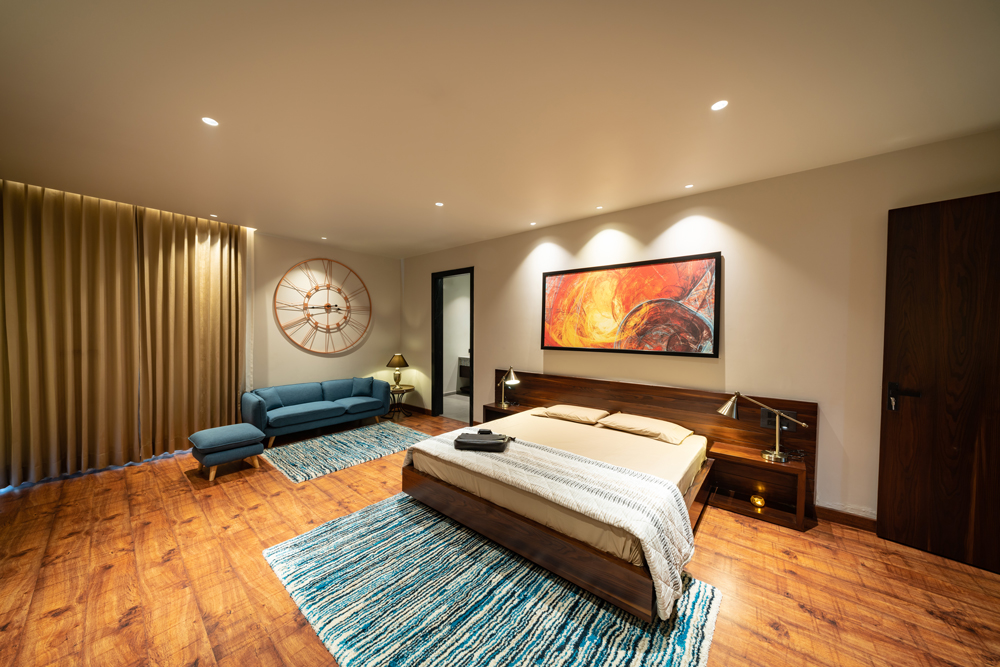 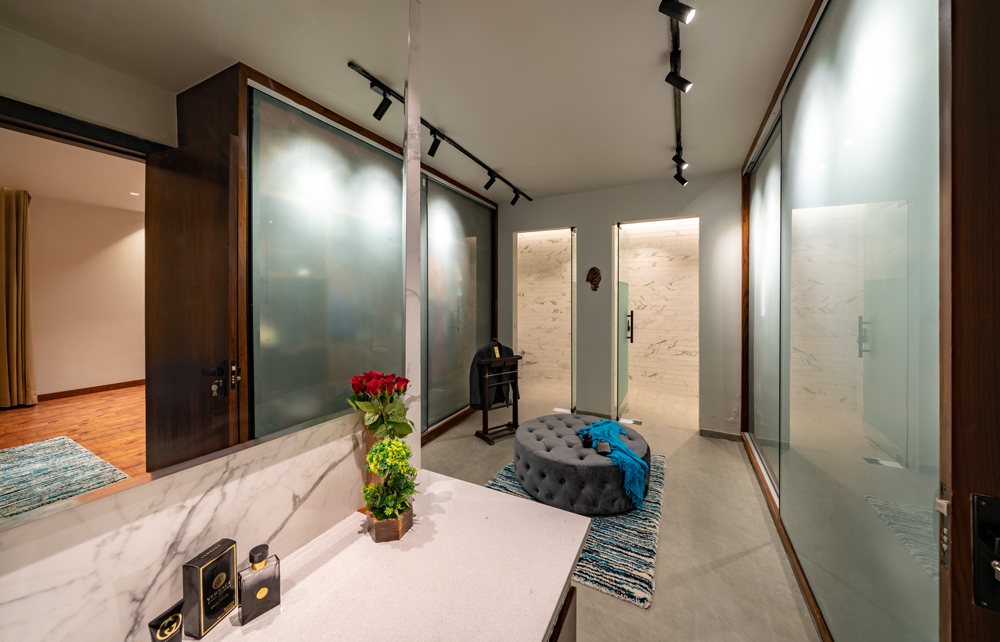 With the use of a distinctive color palette, the bedrooms envisage warmth, which is further augmented with wooden floors and wood polished furniture. The fact that each bedroom has a unique theme brings a splash of vibrancy and identity throughout. A fine thought is given to the spatial planning between public and private spaces. The ground floor consists of the informal lounge, dining, kitchen, puja, and a bedroom, whilst two master bedrooms fill the equal vicinity on the second floor. Further, service entry for the domestic personnel is separated, from the outside itself. 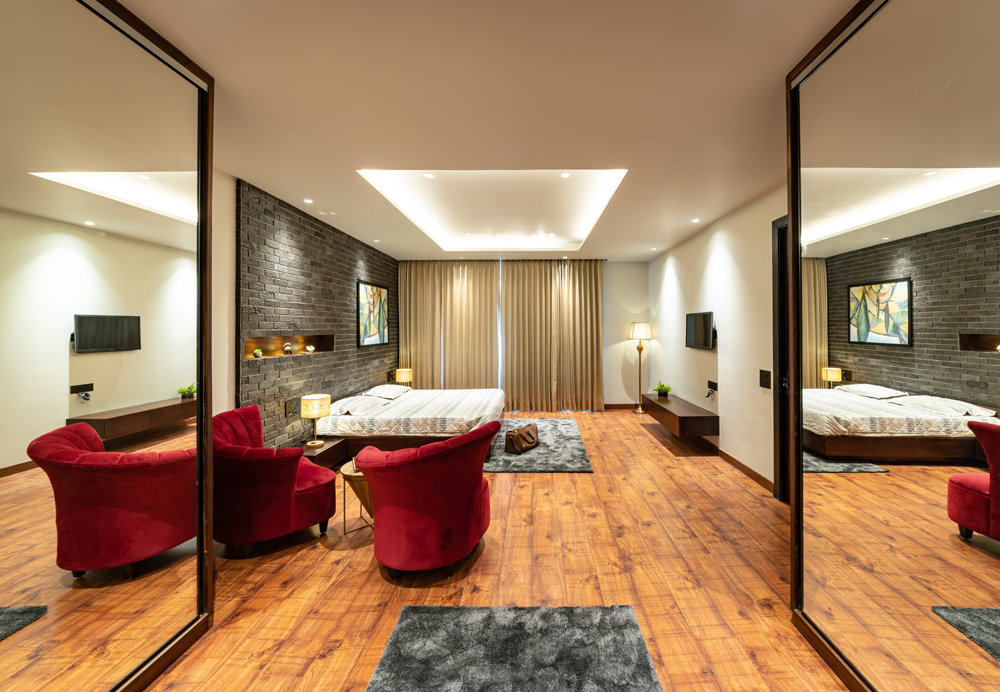 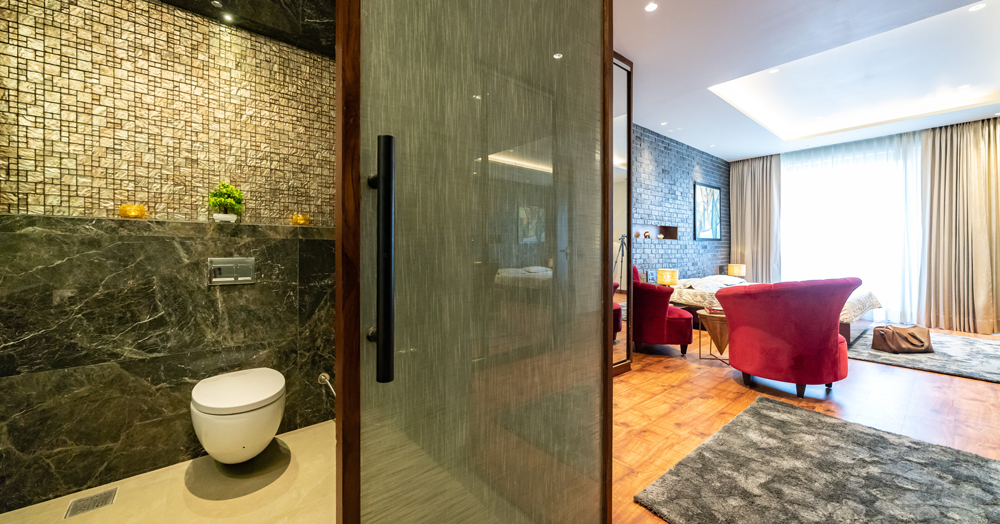 In a time when tech-infused spaces have become the rule rather than a luxury, The Hidden mansion is no exception. From the kitchen to the master bedroom, the house is equipped with modern technology such as Smart controls monitor lighting, curtains, speaker systems, etc., which promotes the proper functioning of the spaces. At the same time, the simple pleasures of life, such as a cup of morning tea or enjoying the monsoon rain are achieved, by bringing in the essentials of the solar path in balconies and terraces throughout the year. The traditional jaalis have been interpreted in a modern style, which allows the home occupants to enjoy the outside world with privacy. The welcoming character of the home is fostered by the hybrid floor plan between the open and closed one, which readily allows for views from one space to another. At the same time, visual and physical barriers that curb the noise and odor from spreading throughout the house are accommodated by the constraints of an Indian household. 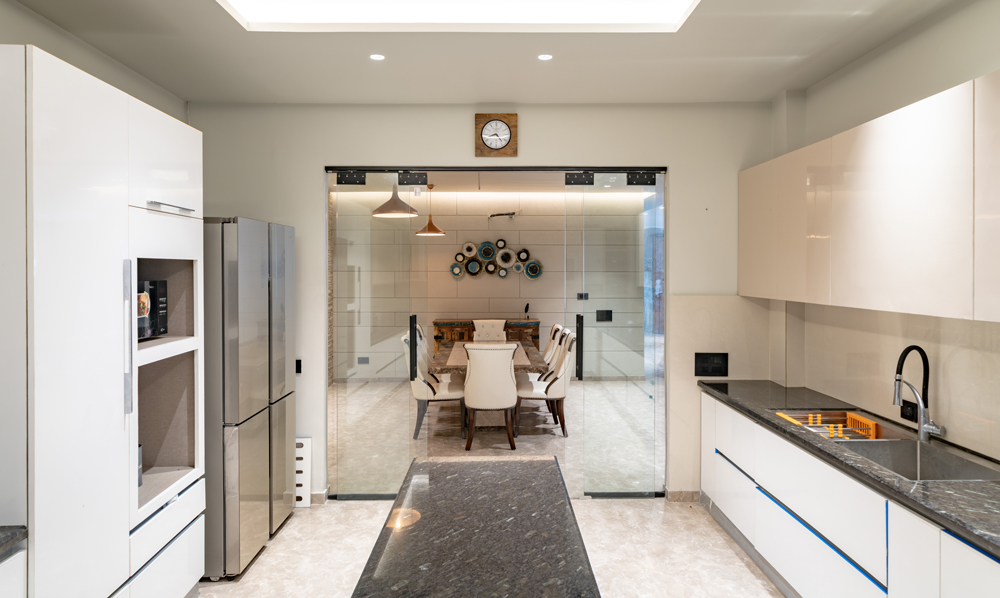 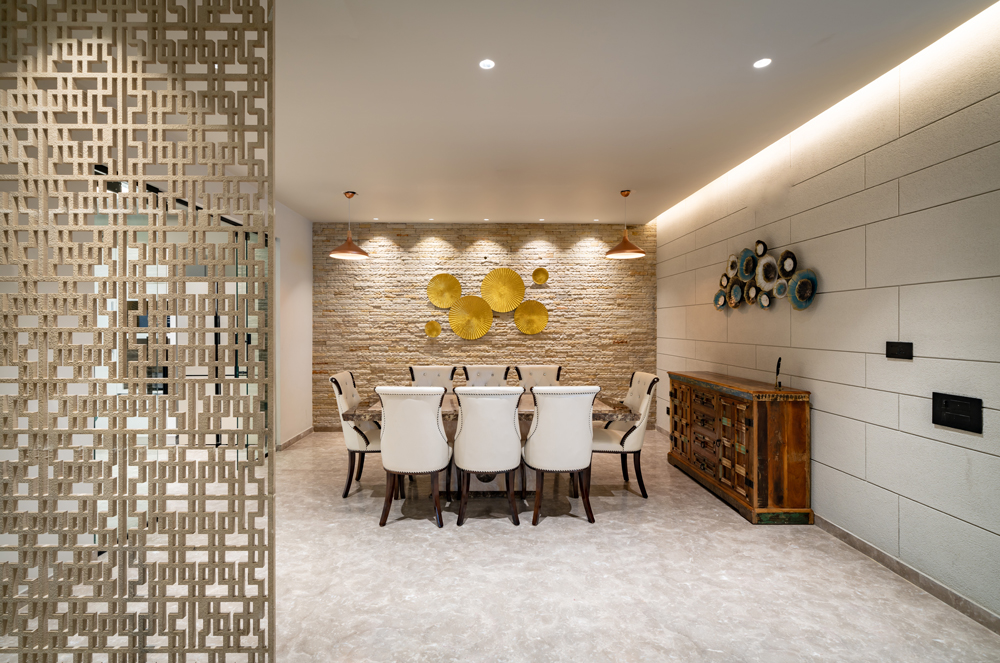 On a concluding note, the Hidden Mansion is a modern abode in a historic neighborhood representing the aspirations of a transcendent atomic family structure in response to its surroundings. Dealing with the complex and sensitive nature of the site brings out the contemporary abode on an existing morphology. It makes each person yearn for a home by stating the globalized notion of quality living.