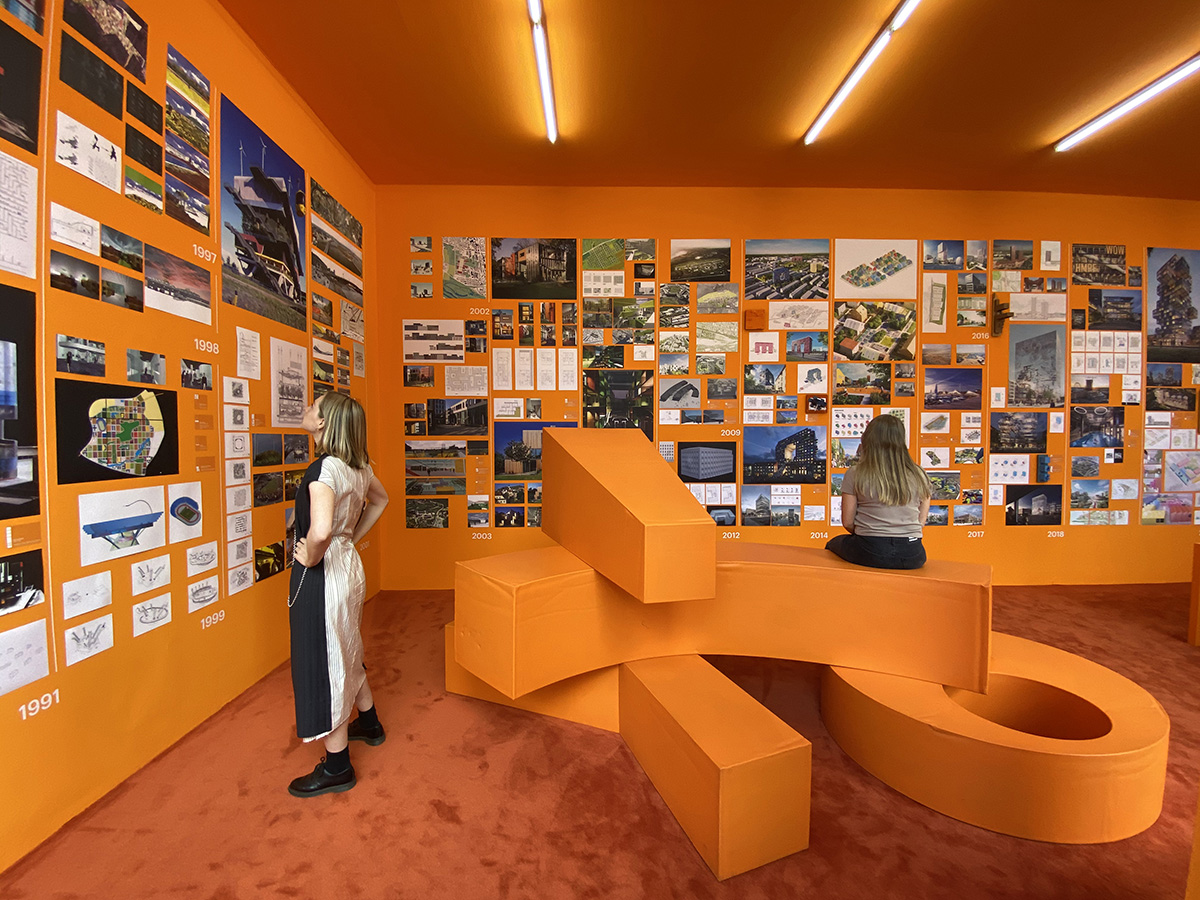 MVRDV is set open a new office in Berlin and has launched a new exhibition at the Architektur Galerie Berlin.

The firm's new office will be a new satellite office in Berlin after its Rotterdam, Shanghai and Paris offices to expand its portfolio with new German projects. The firm’s new permanent office near Park am Gleisdreieck will open in September.

The firm has also launched an exhibition celebrating almost 30 years’ worth of work in Germany. MVRDV Haus Berlin exhibition will be on view until August 22 at the Architektur Galerie Berlin.

In the exhibition, the walls of MVRDV Haus Berlin form a densely packed archive that shows off both current and past German projects by MVRDV – including unseen projects from our past and newly-revealed future projects. 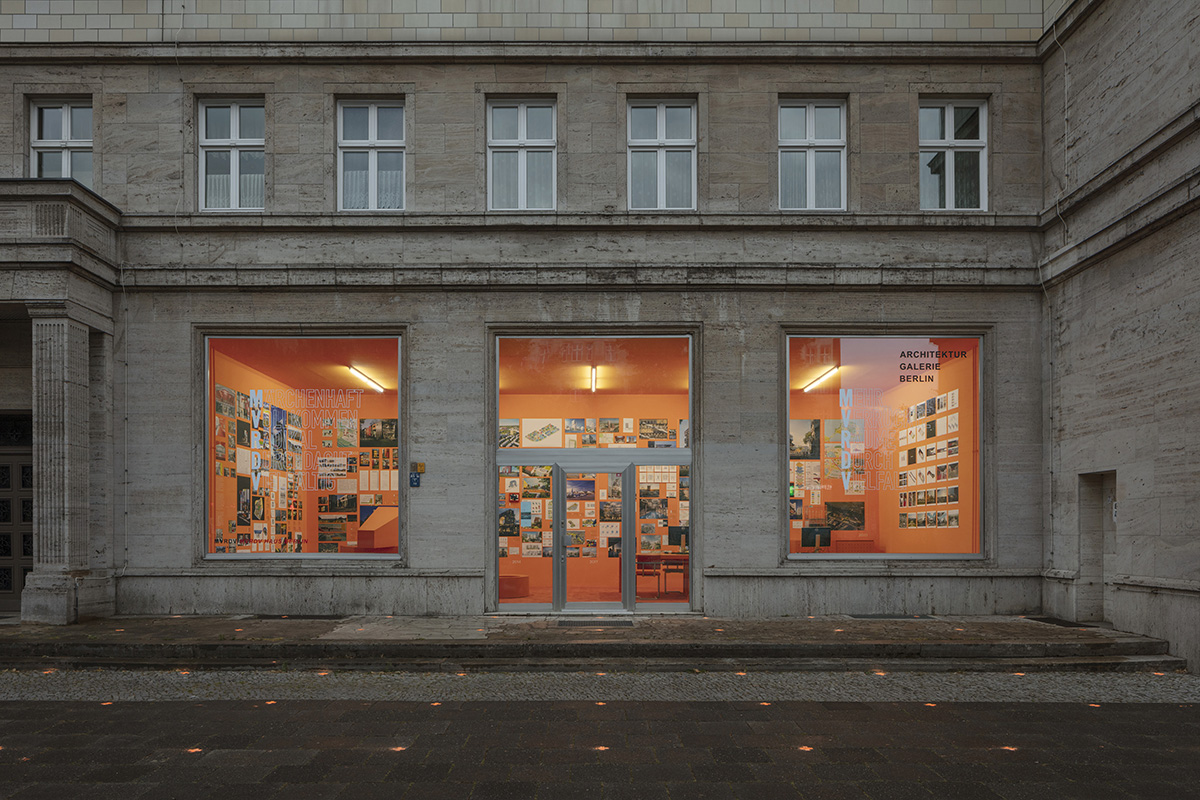 At the same time, a team of MVRDV’s architects working on German projects transforms part of the exhibition into a "working office" that gives visitors an insight into MVRDV’s working methods.

MVRDV’s relationship with Germany began in their very first project, named Berlin Voids, which was the winning entry for the 1991 Europan Competition. 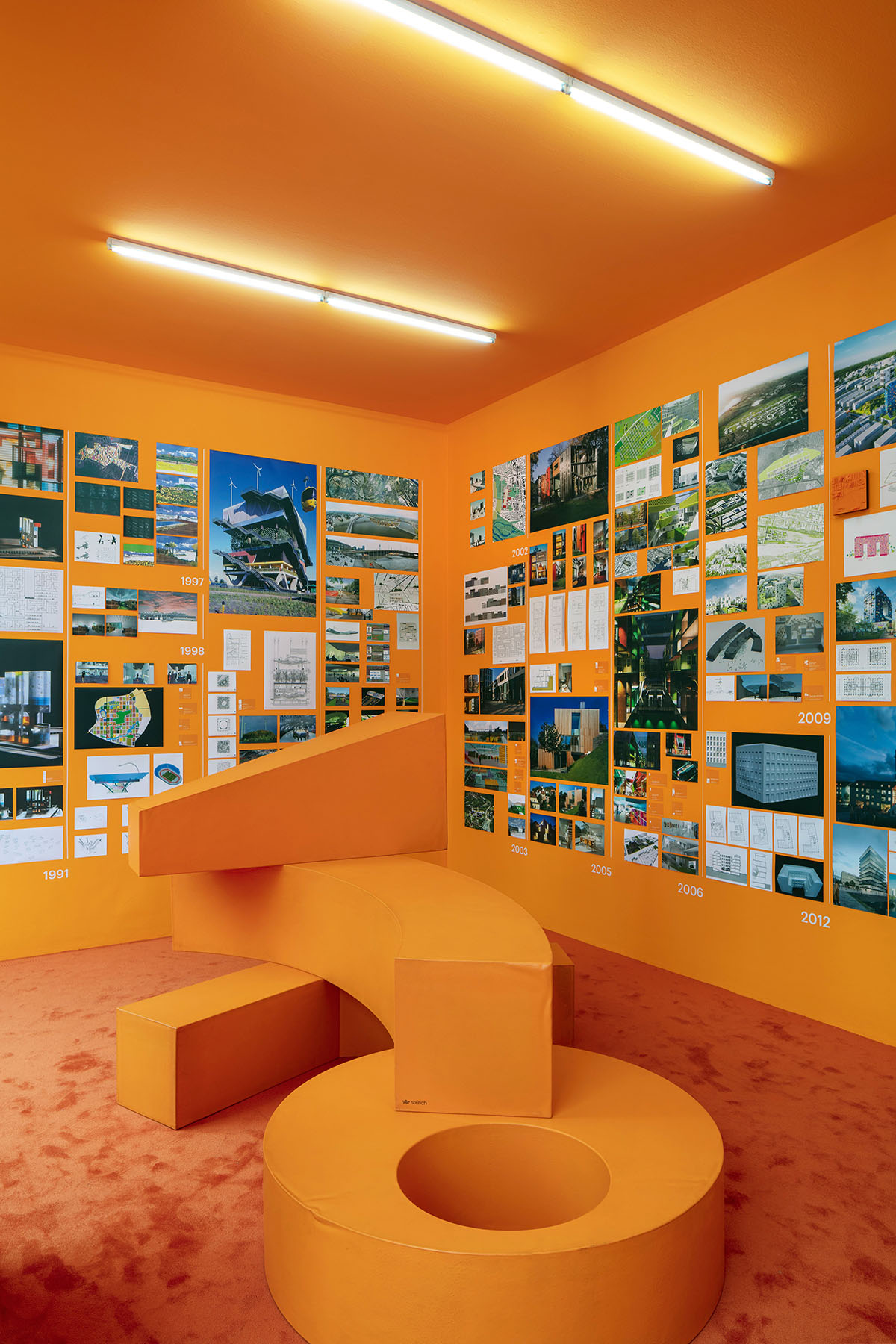 The project encapsulates ideas that have come to define MVRDV’s work as a practice, and soon the bold designs of the newly founded MVRDV office were implemented in Germany: The equally radical and impressive proposal for the Dutch pavilion at Expo 2000 became an icon on the Expo site in Hannover. 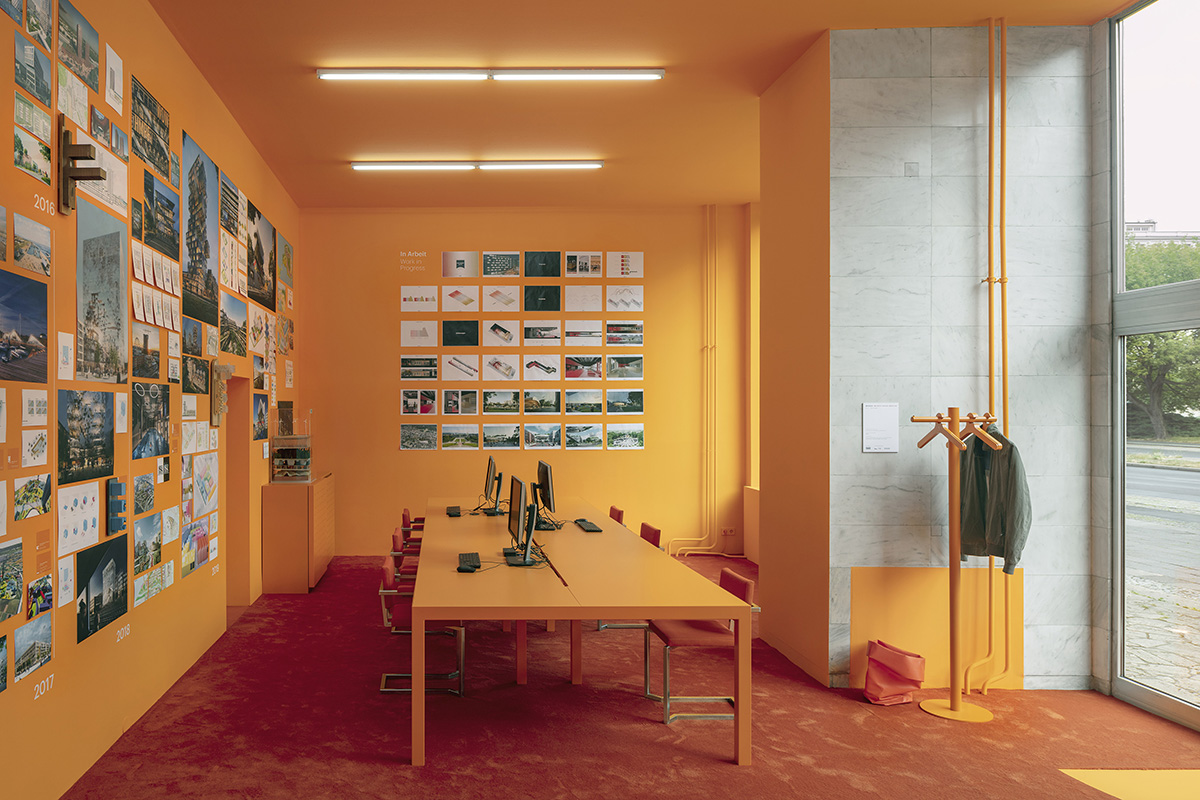 "But there is much more architecture by MVRDV in Germany, some only on paper but much of it realized," said MVRDV. 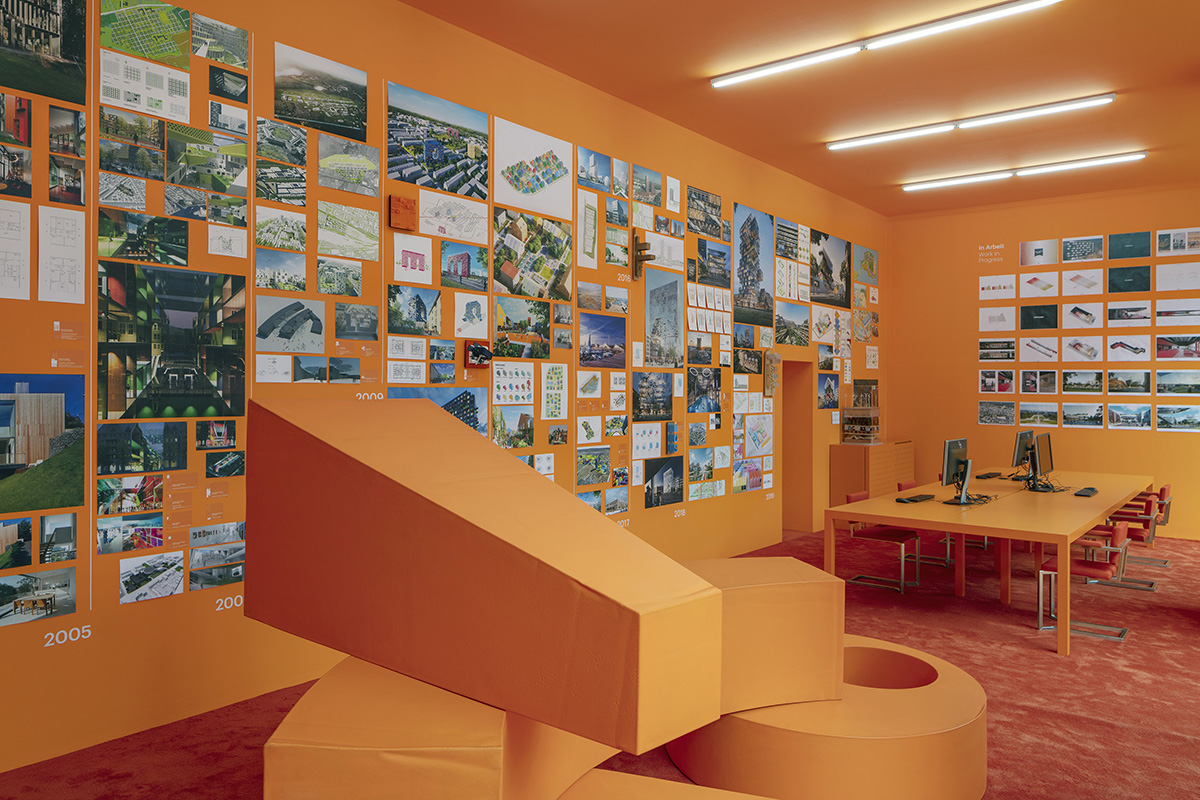 MVRDV's other projects are currently under construction such as Phase 2 of Hamburg Innovation Port and Zollhafen Mainz, and more designs are in progress, such as the KoolKiel development, Kreativquartier Potsdam, and the recently announced Expo Pavilion 2.0, including renovations and additions to the original Expo 2000 building.

MVRDV Haus Berlin replicates the spirit of the firm’s headquarters in Rotterdam, not only in appearance with signature wall-to-wall orange monochrome, but also in its transparency. 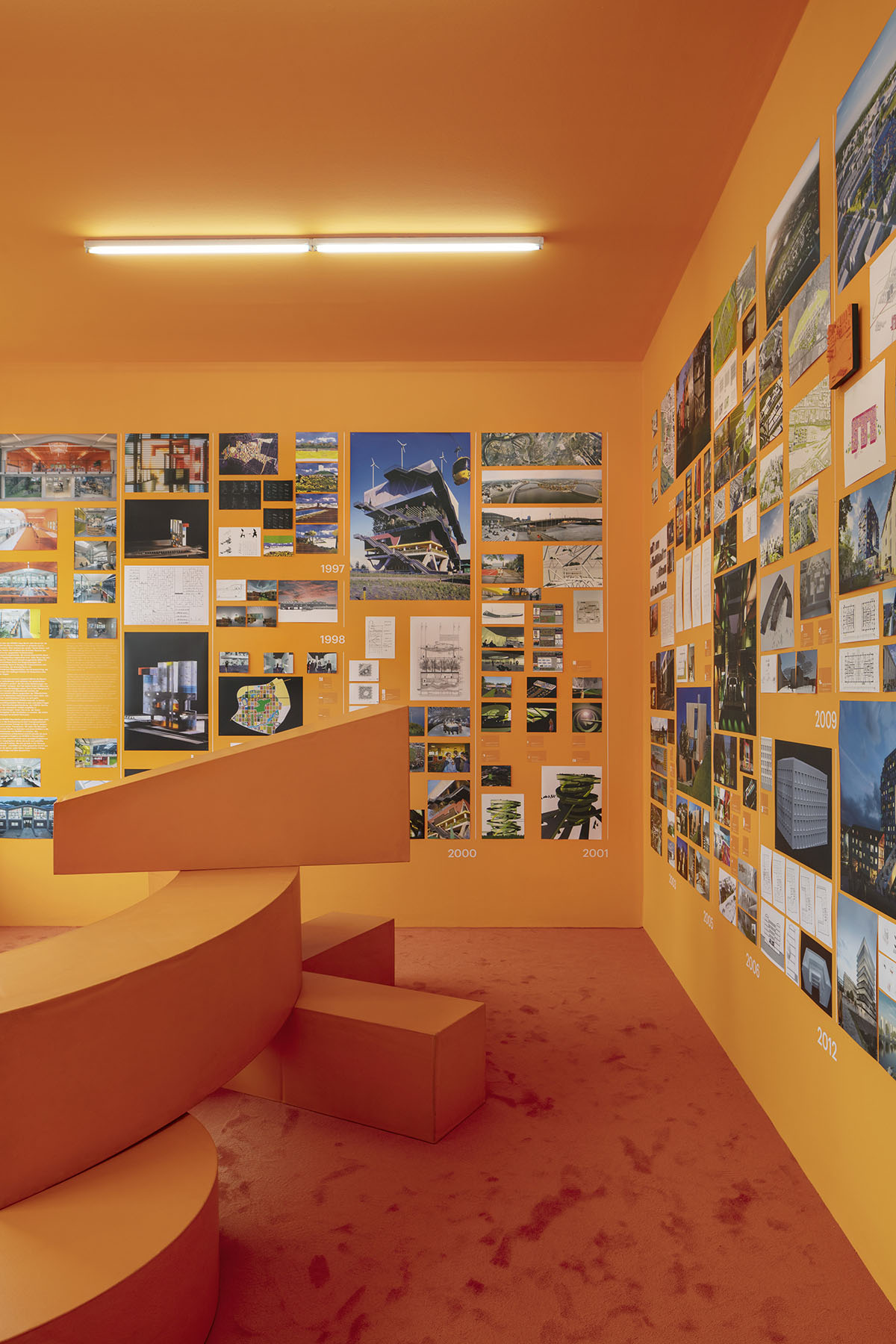 Visitors are invited to enter a working office, gaining insight into not only MVRDV’s projects but also the way MVRDV works.

"When we competed in Europan, whether or not the project would be built was not our main priority – being radical was", said founding partner Jacob Van Rijs.

"Now that we’ve had a chance to work more in Germany and even built some of our designs, we look forward to bringing that radical streak to Berlin on a permanent basis.

"We hope that sharing our work and working methods in MVRDV Haus Berlin will form the start of a productive exchange of ideas between MVRDV and other German architects, clients, officials, and the public." 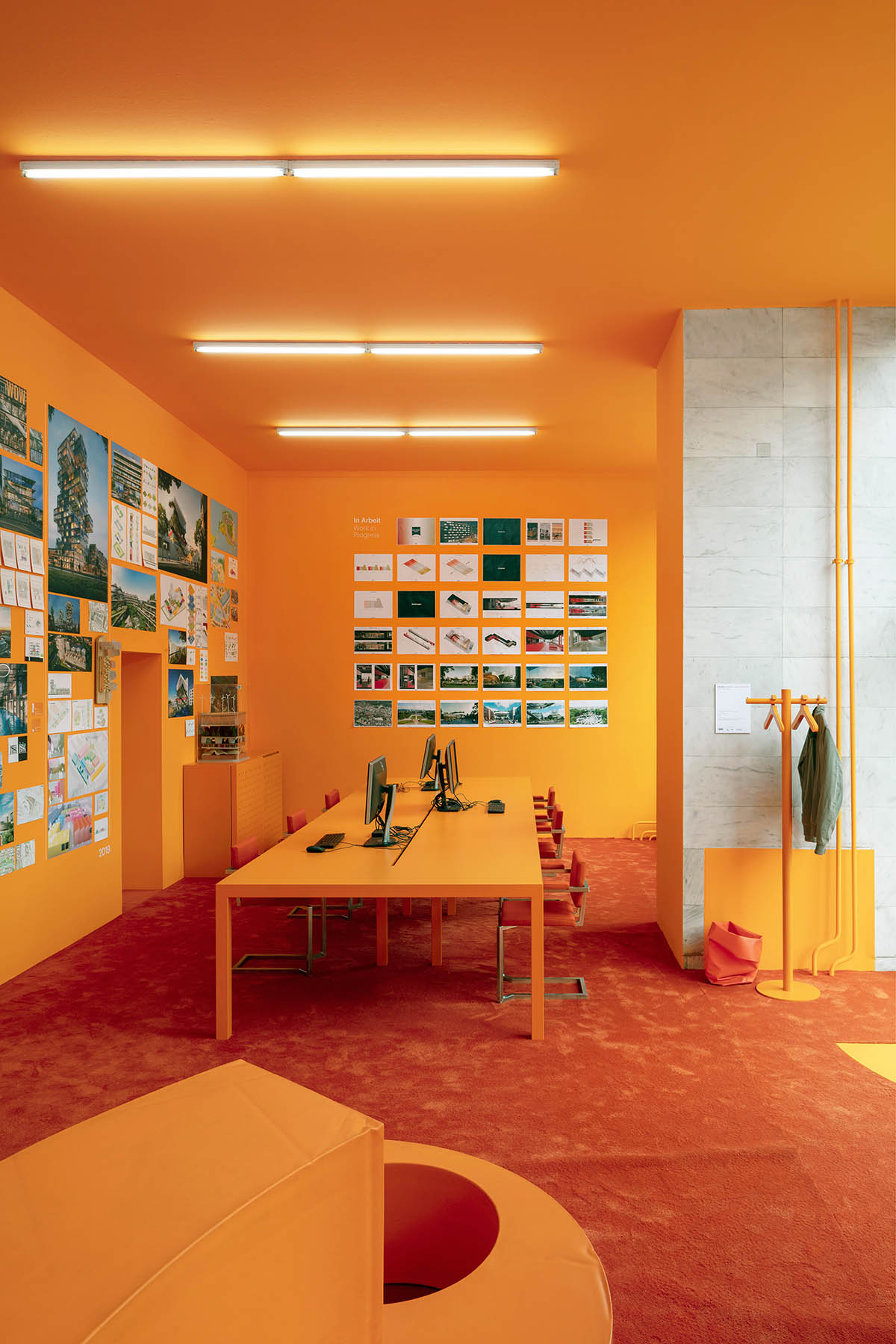 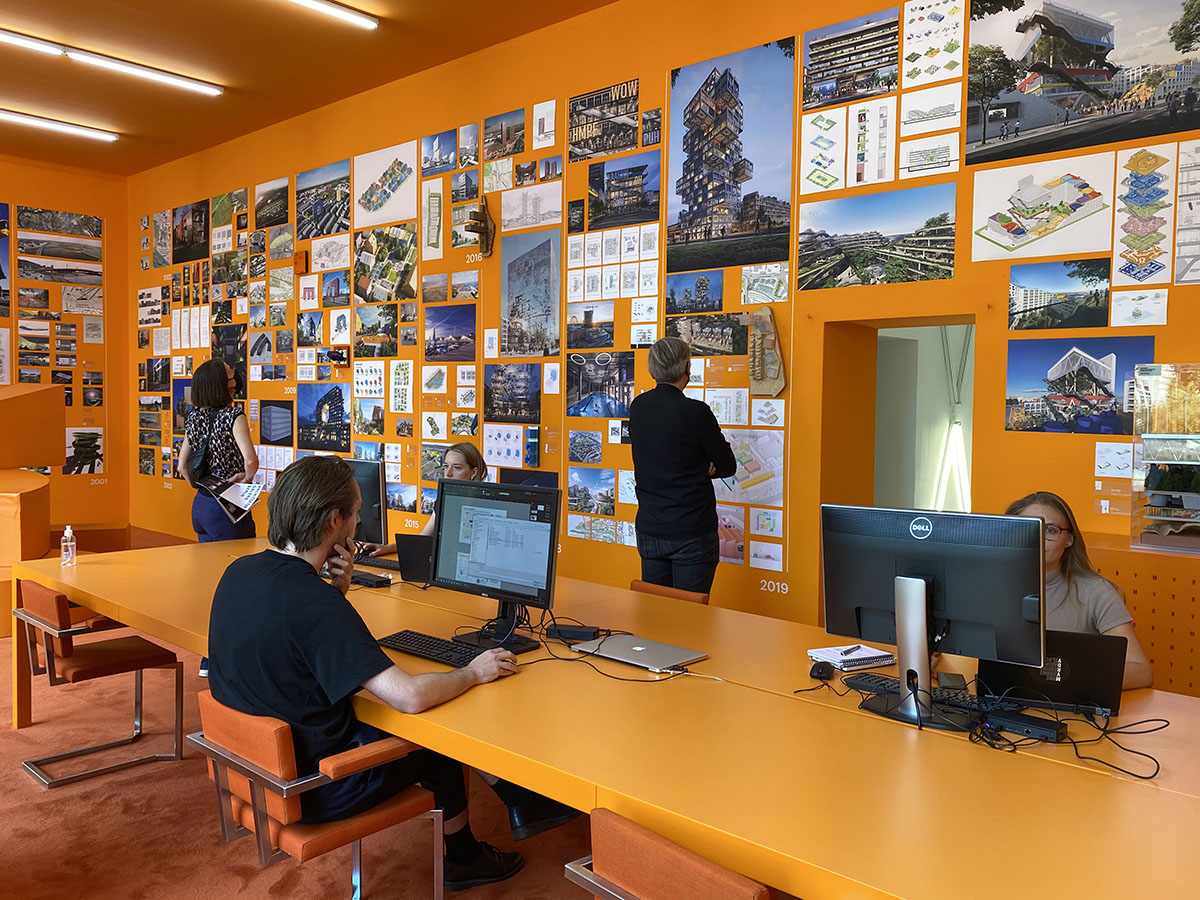 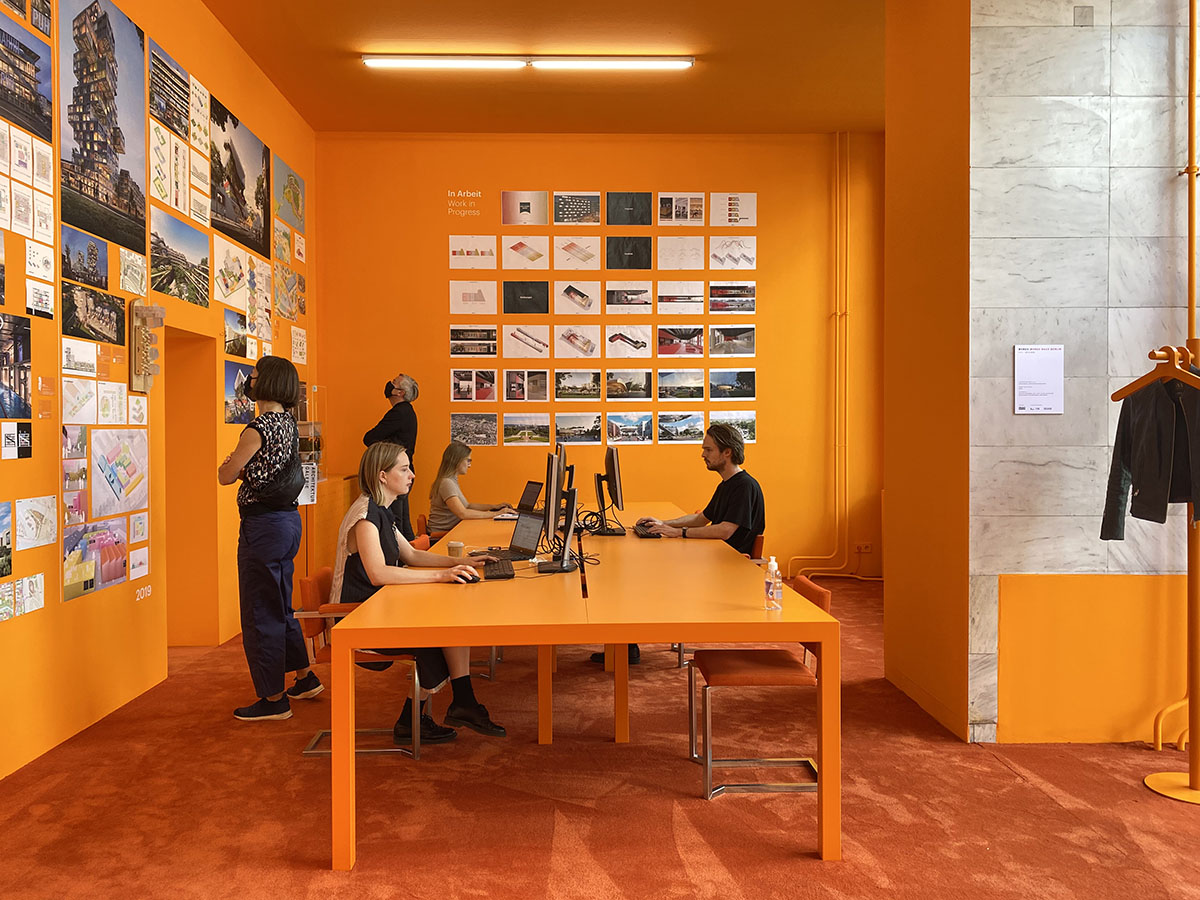 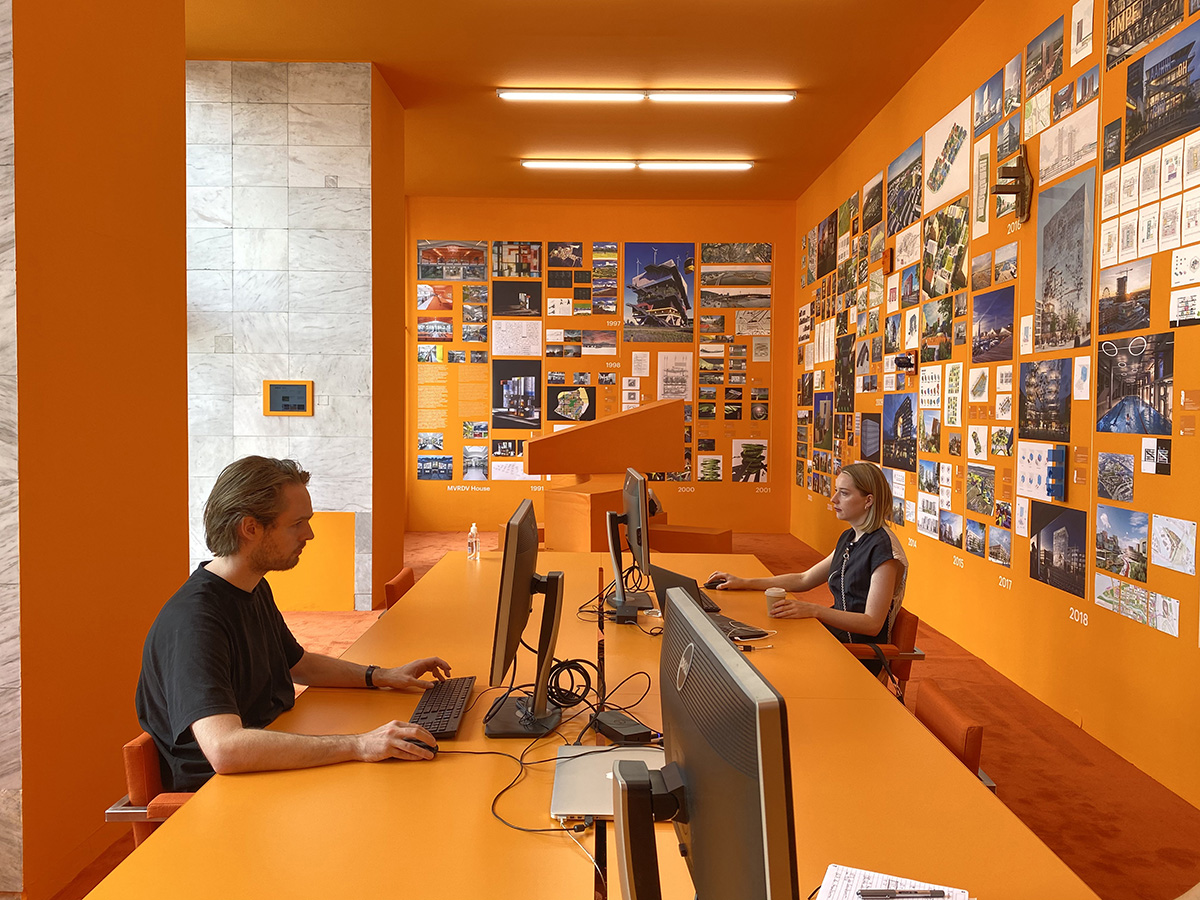 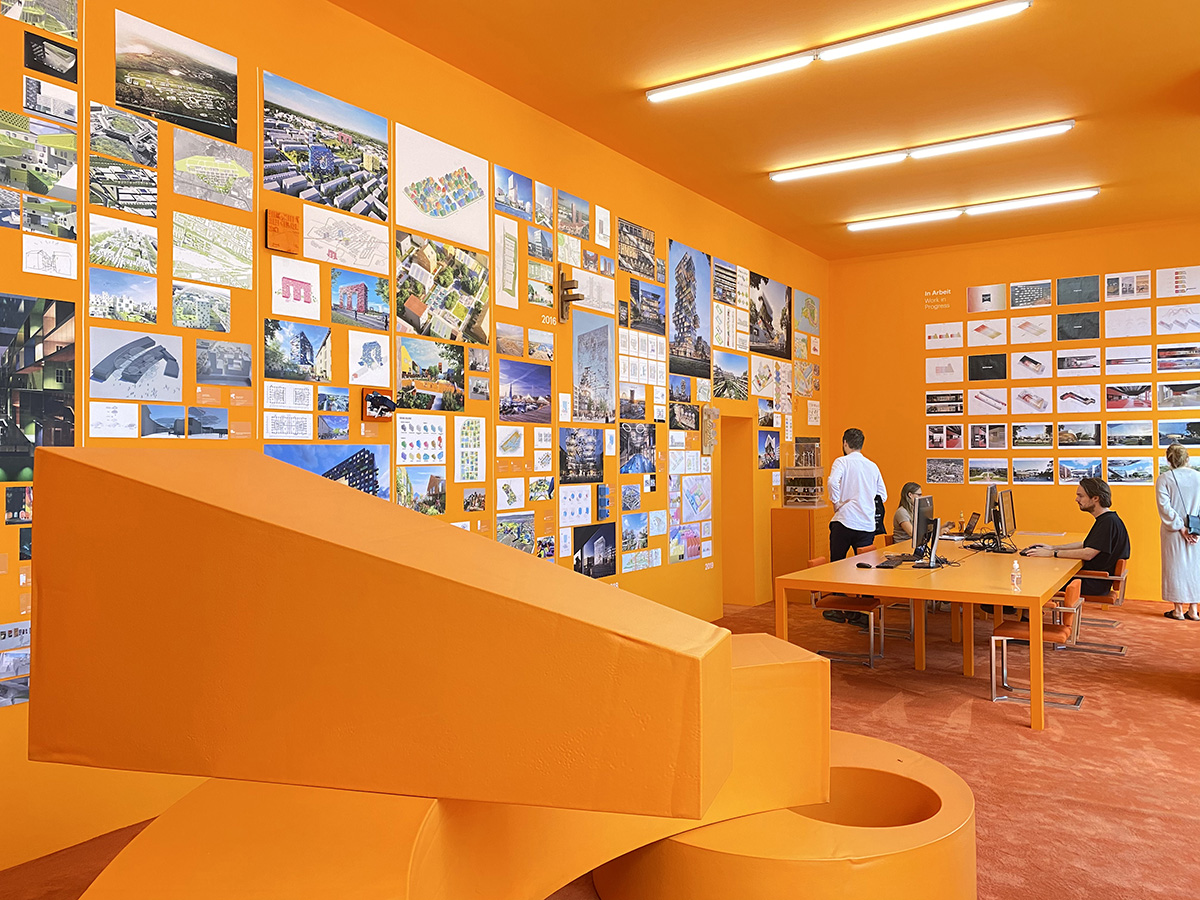 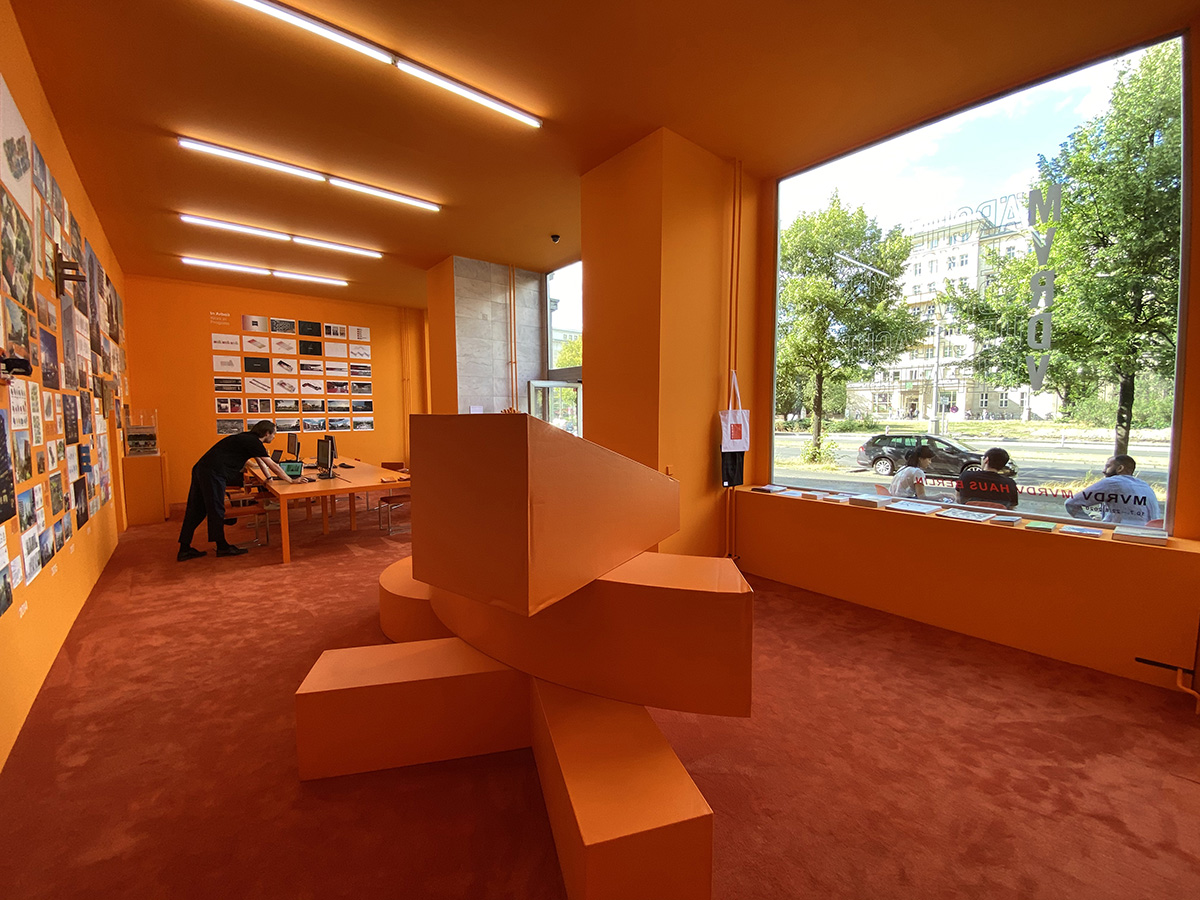 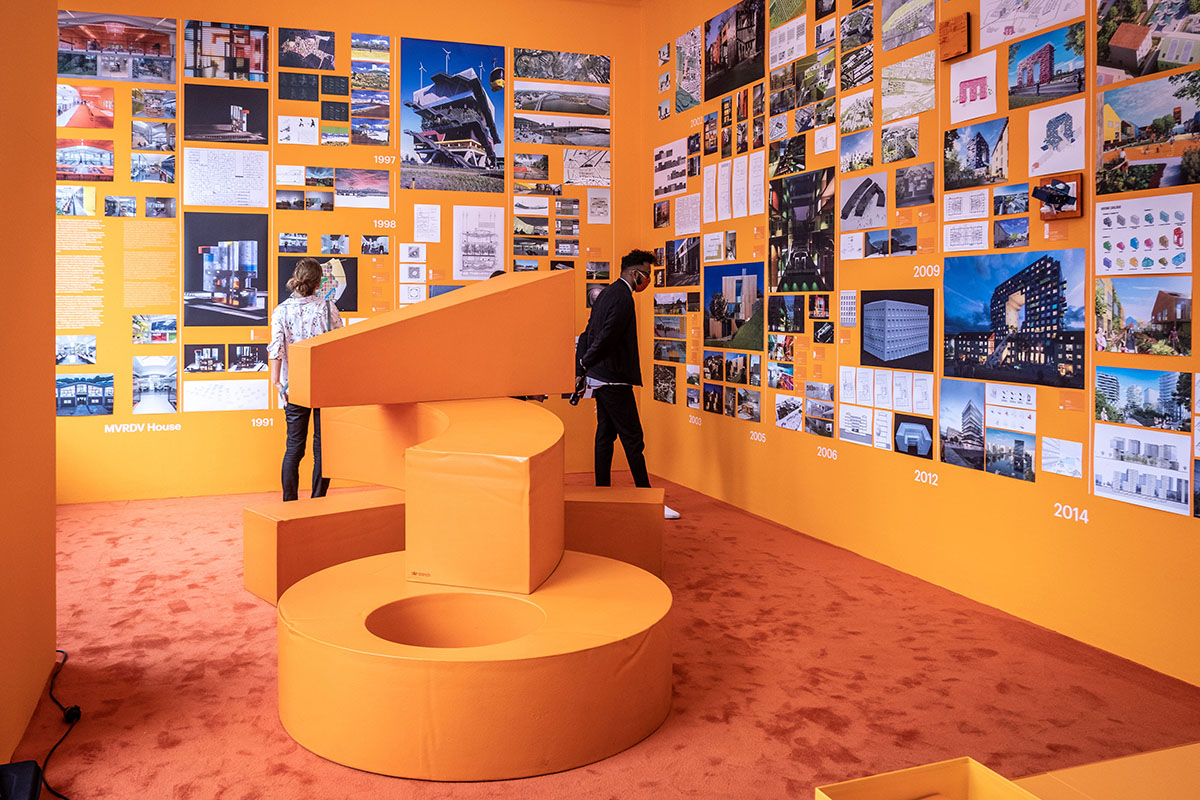 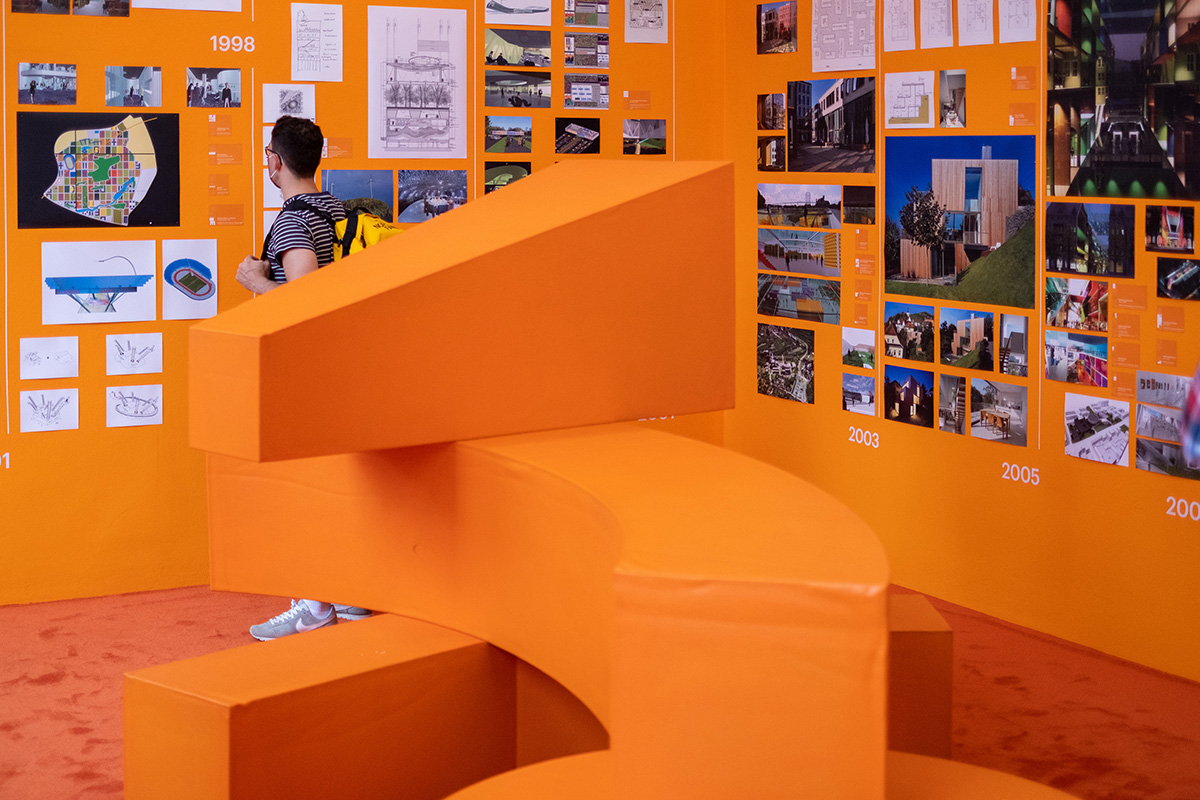 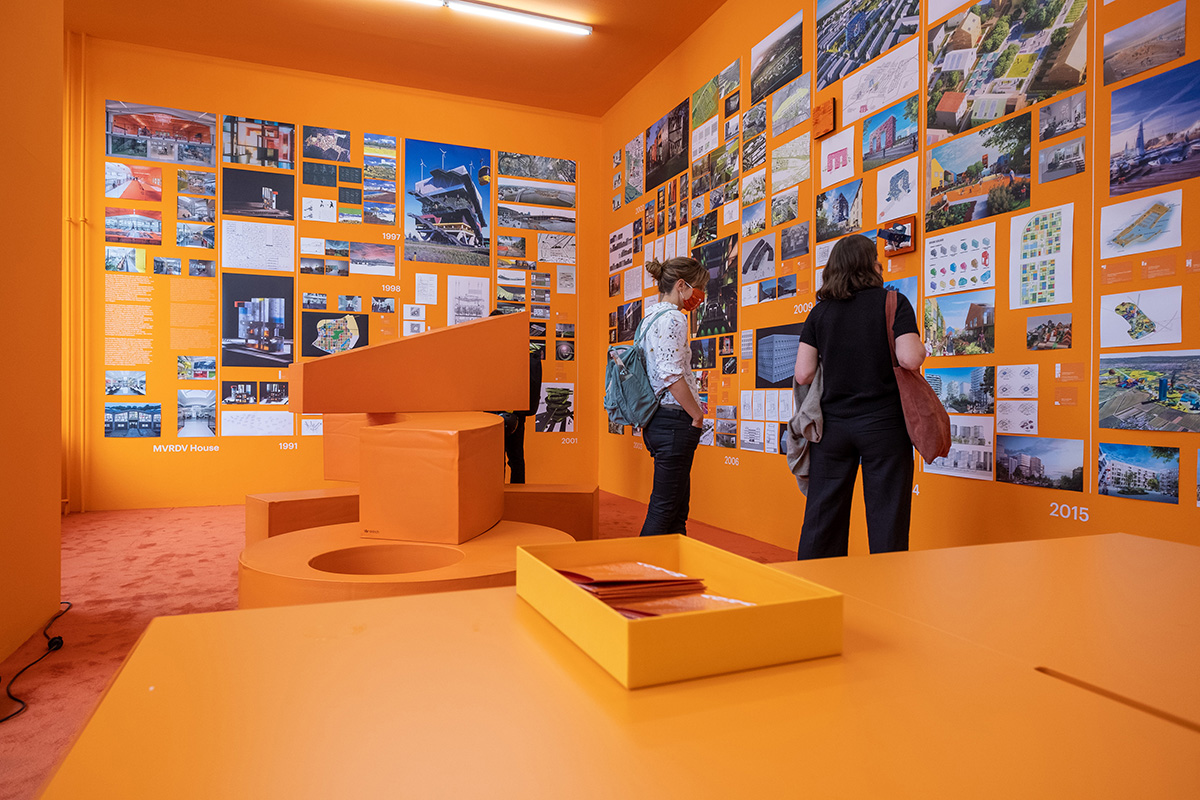 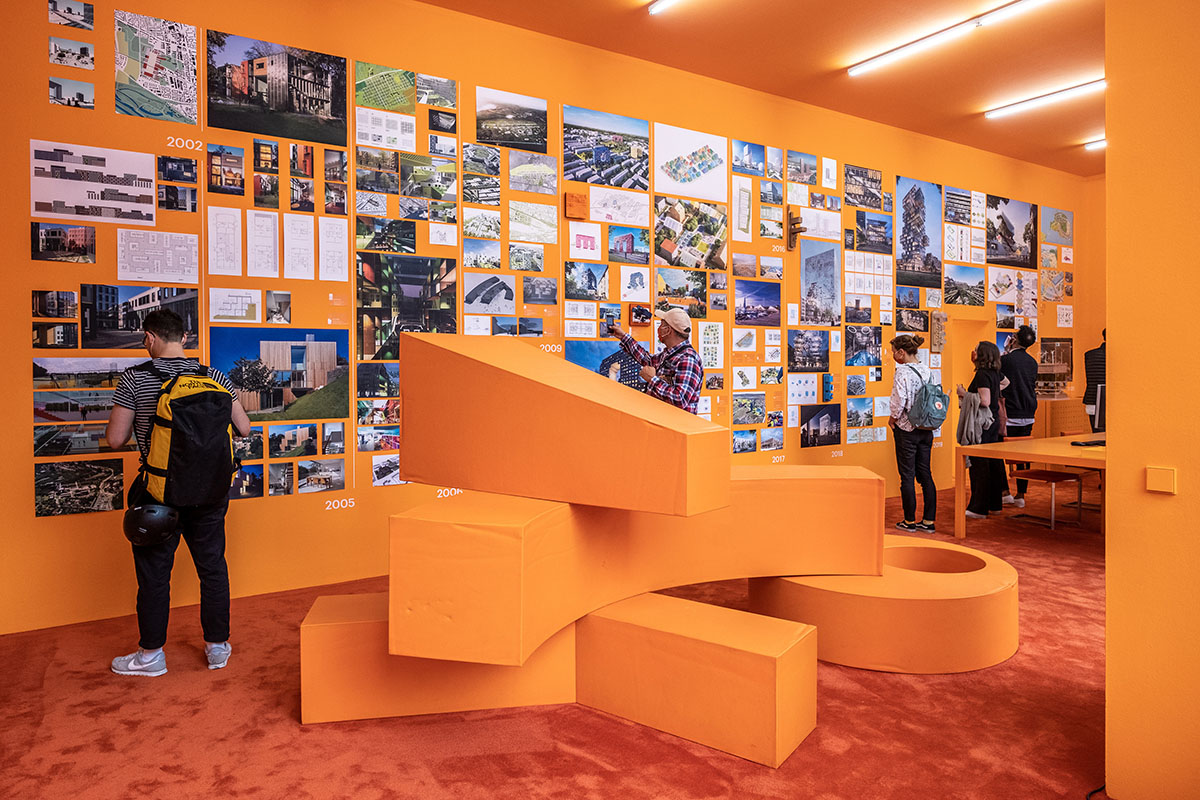 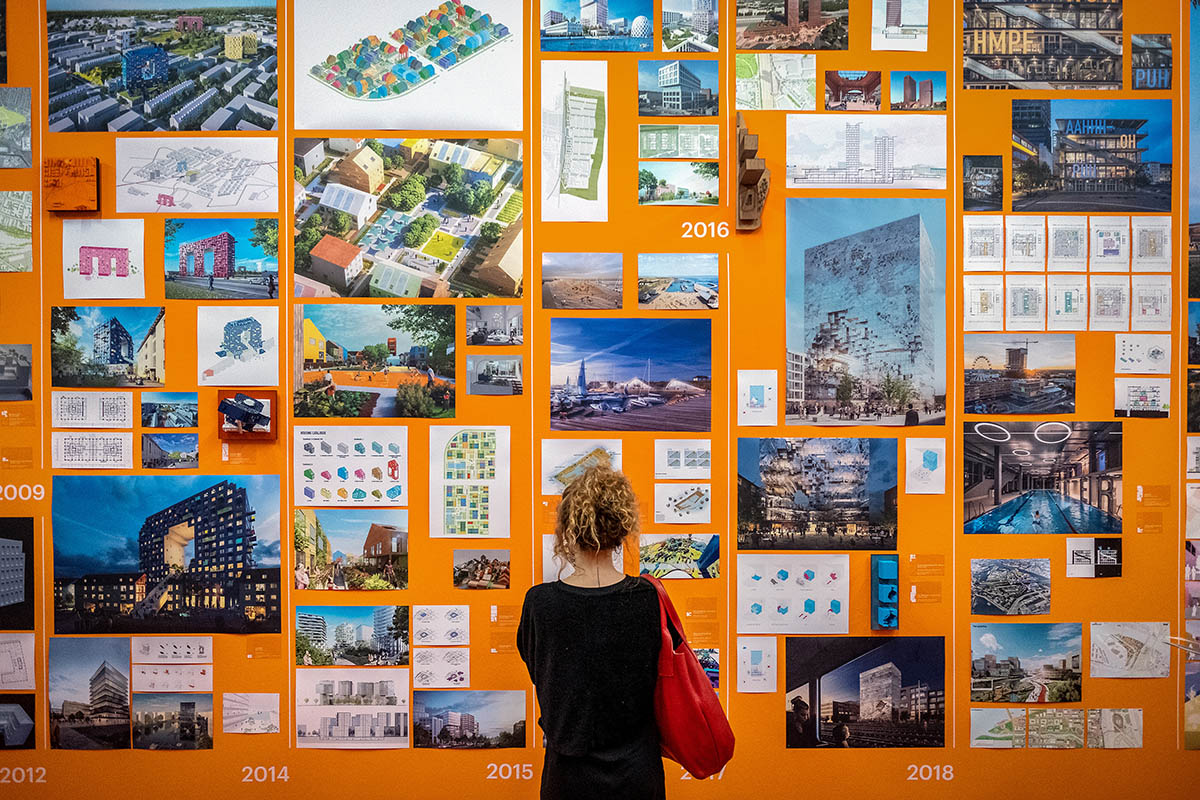 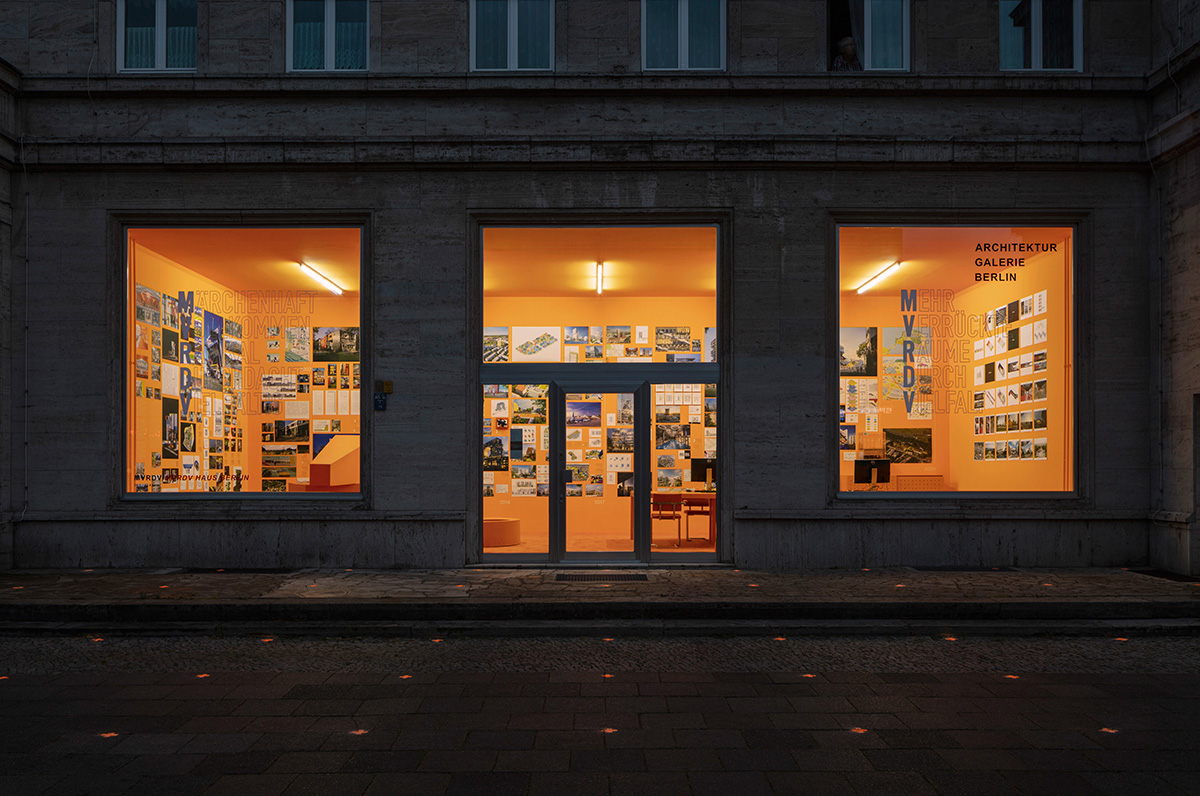 MVRDV Haus Berlin is open at the Architektur Galerie Berlin through August 22nd.