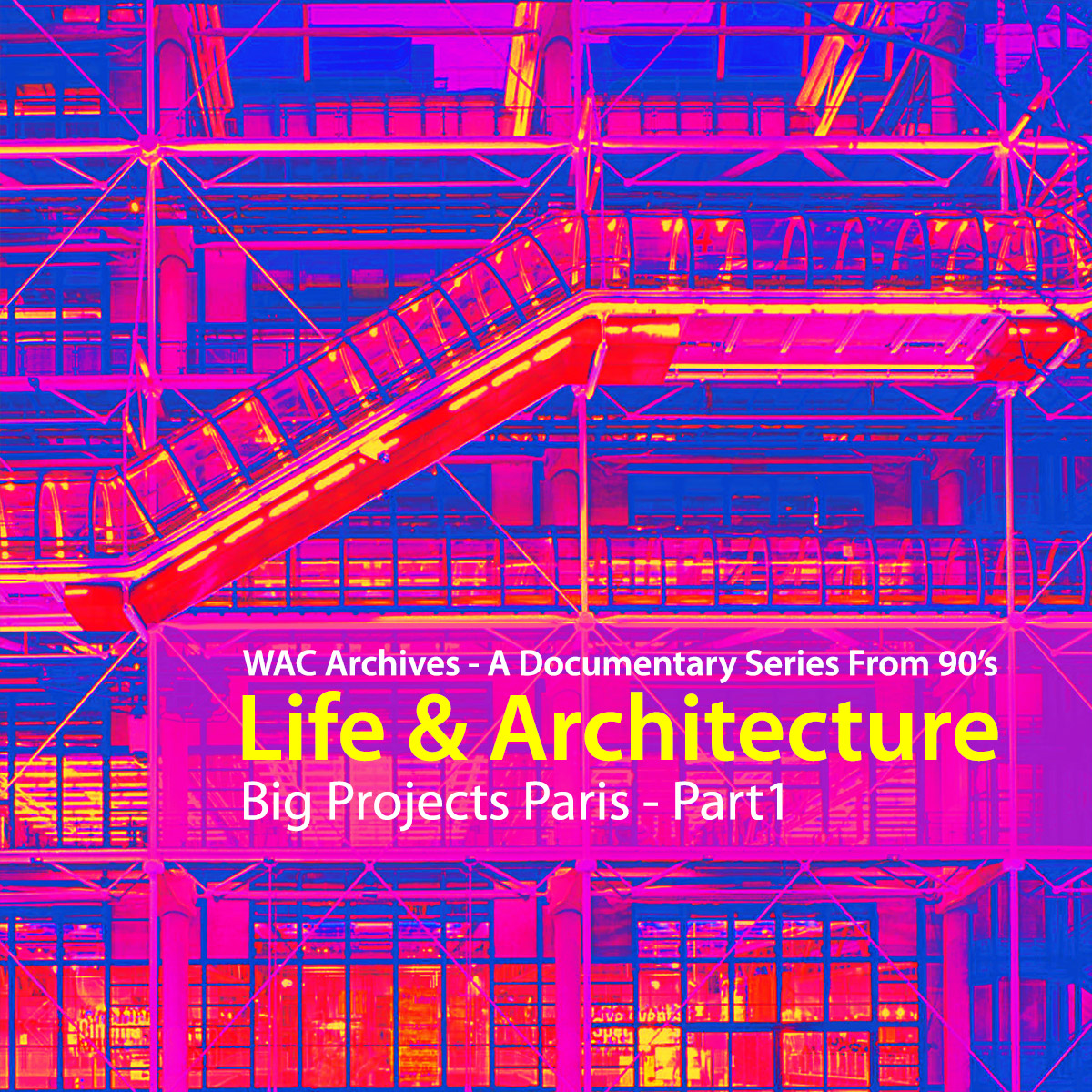 WAC's Life & Architecture series were initiated to provide a detailed look at key buildings of contemporary architecture, revealing the buildings' features and the design stories of such important commissions - including exclusive interviews with architects, commissioners of the projects and project leaders.

The documentaries had been recorded for a Turkish television in 1990s, so all the videos are presented in Turkish language but featuring English subtitles.

But, don't be fooled, it is not outdated, on the contrary, these series have a very high archive value as all documentaries transmit the original design story behind the buildings.

In a 20-min video, you will virtually travel to Orsay Station by Victor Laloux, Centre Pompidou by Renzo Piano and Richard Rogers, Bastille Opera House by Carlos Ott and Louvre Museum by I.M. Pei and more..

WAC will be posting 2 more episodes about this documentary in the upcoming weeks on the website and on WAC's Vimeo page.