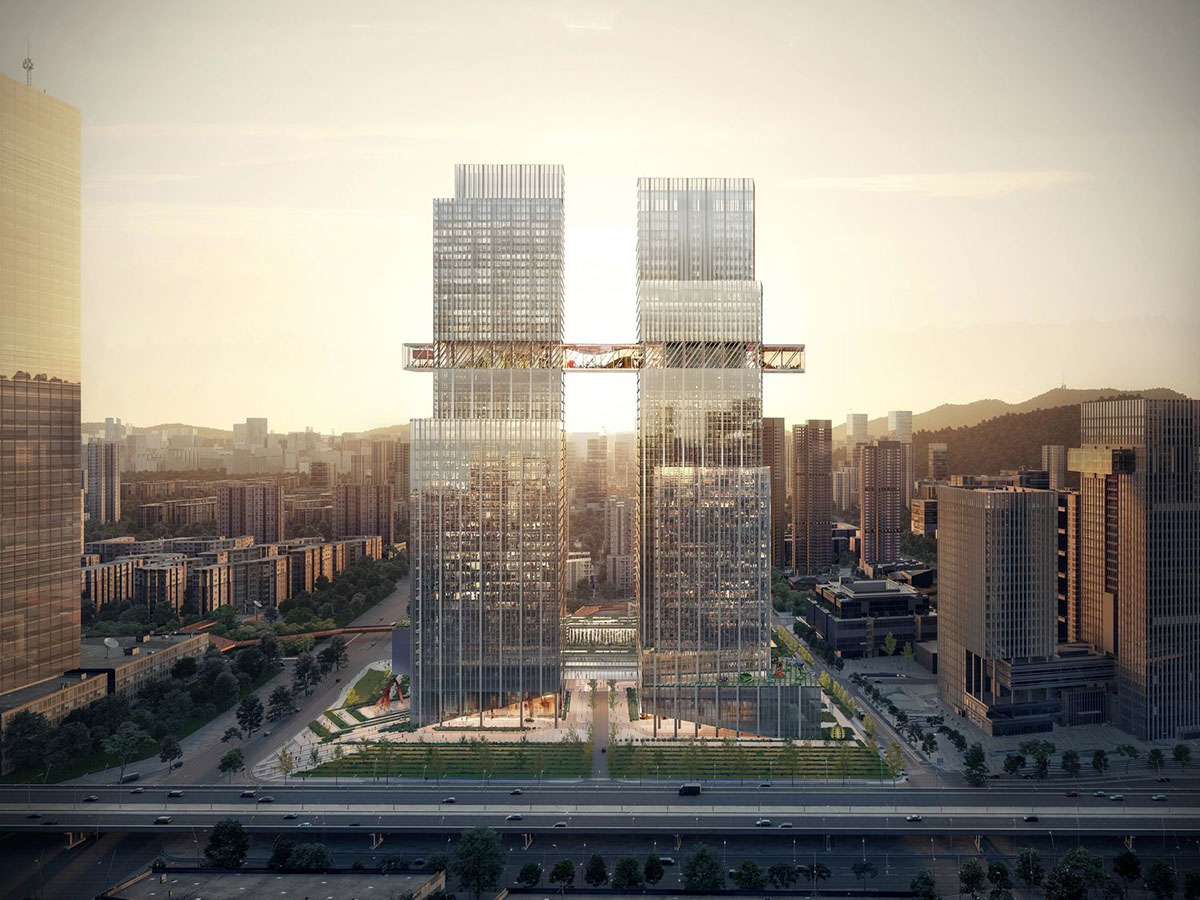 Covering a total of 360,000-square-meter area, the new mixed-use project, led by Chris van Duijn, Partner at OMA and Director of OMA projects in Asia, will be built as a compressed urban environment - a Micro-City - breaking traditional boundaries between building and the urban context are challenged.

The new towers are located within Qianhai’s neighborhood Ma Wan. The building complex will be a Transit Oriented Development integrating two main roads and three metro lines that intersect, and a bus terminal. 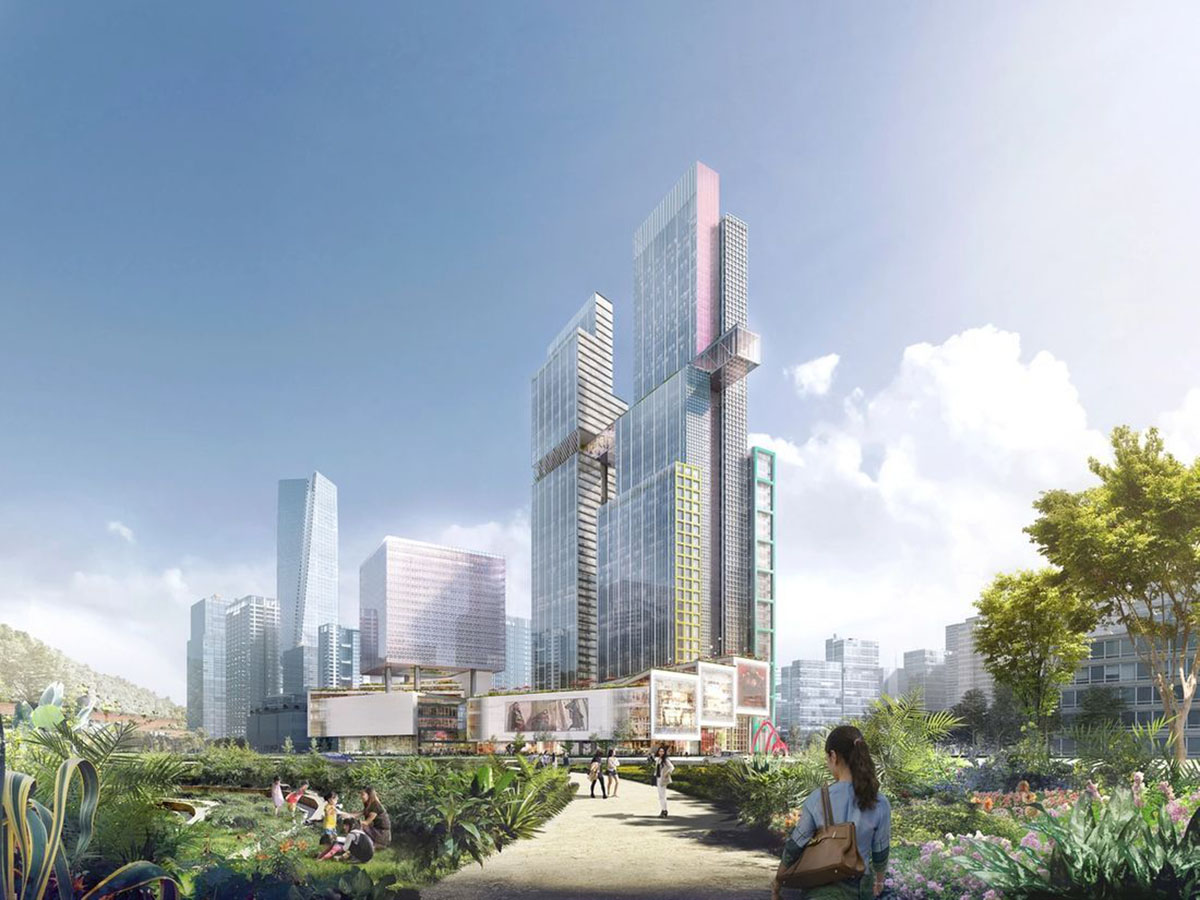 When completed, the project will at once be a tower, a cluster, a neighborhood and a city, according to OMA. The vertical complex, comprised of two slender volumes - forming two main towers - they are linked by a skybridge and a cube-shaped building hovering above the podium.

"It will have a strong directionality pointing towards the Qianhai Bay and the Nanshan Mountains, while responding to the urban scale of its immediate surroundings," said OMA.

"A three-dimensional trajectory will tie all public and private programs together, allowing accessibility on all levels."

"The skybridge in this trajectory will be the most prominent feature of the building, offering a public cultural platform and a viewing deck overseeing the city," the firm continued. 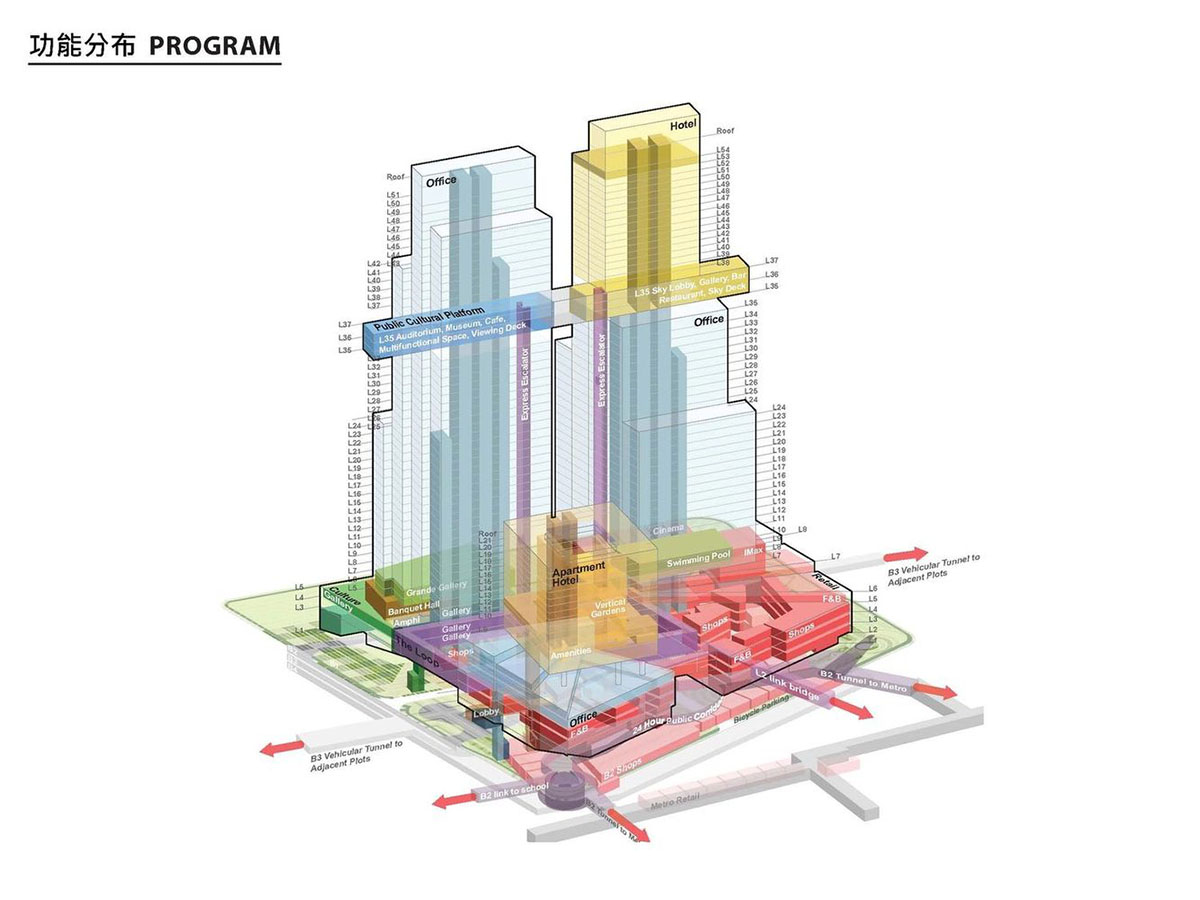 As the firm highlights, the lower volumes of the main towers will respond to the urban scale of its immediate surroundings including the Silk Road Corridor, a major public park in the area. 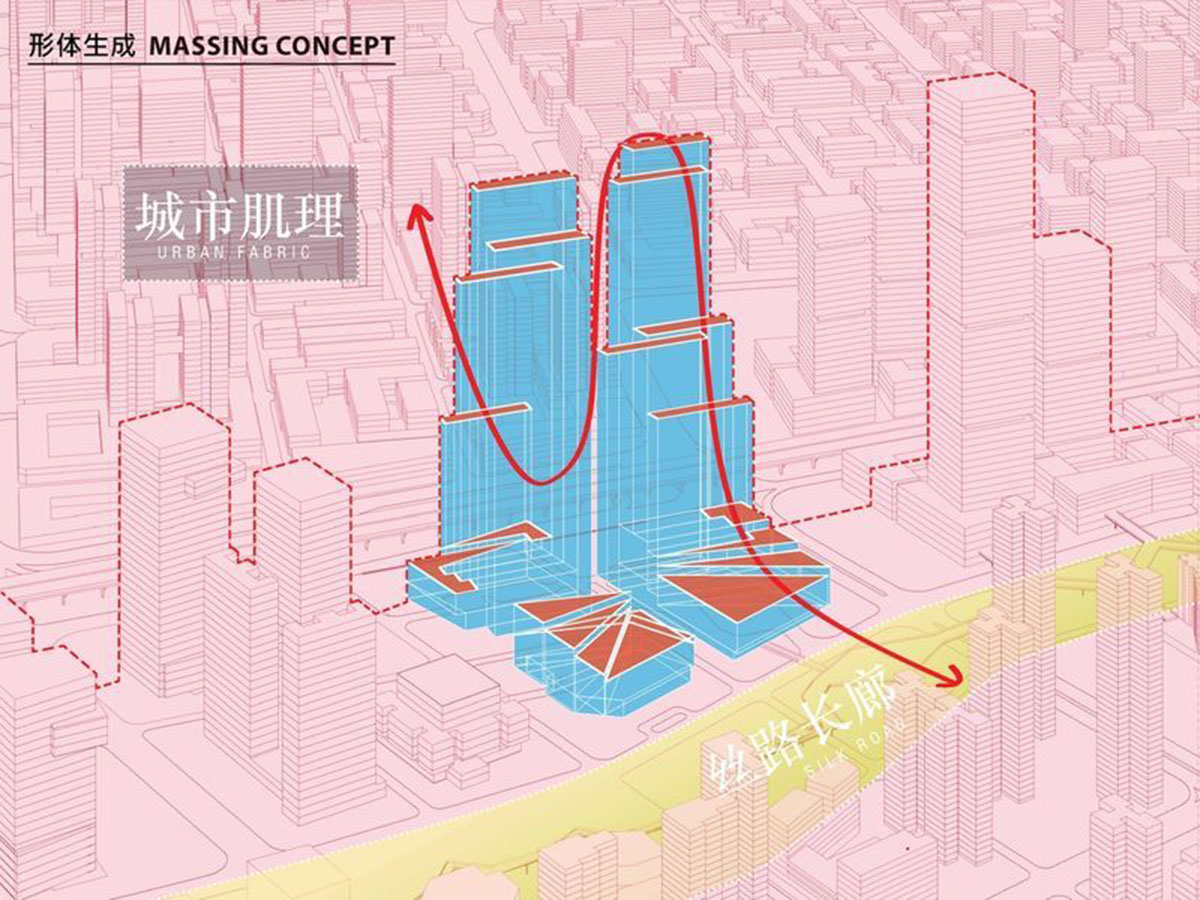 A cube-shaped building will hover above the podium to form a visual connection between the building complex and the Silk Road Corridor. Roof terraces resulting from the cascading form will function as extensions of the public park. 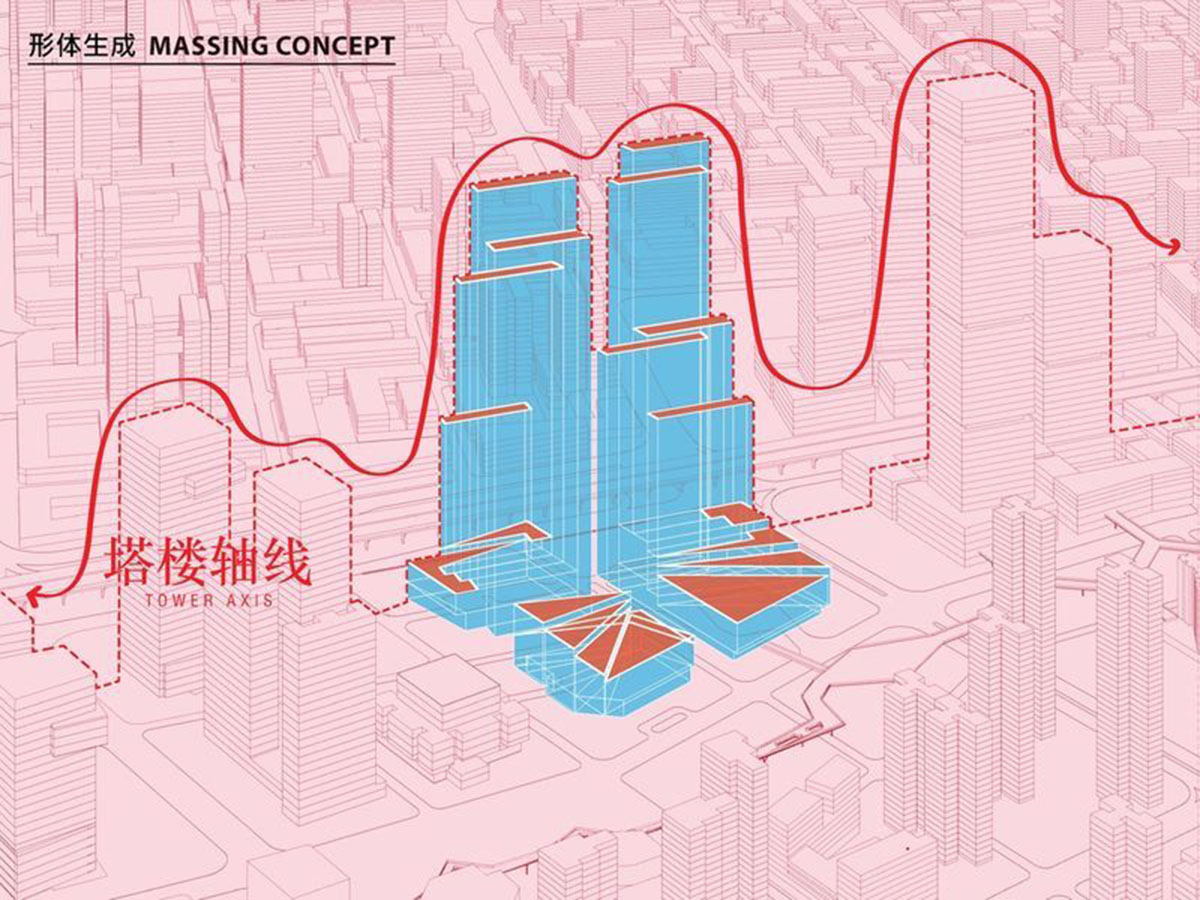 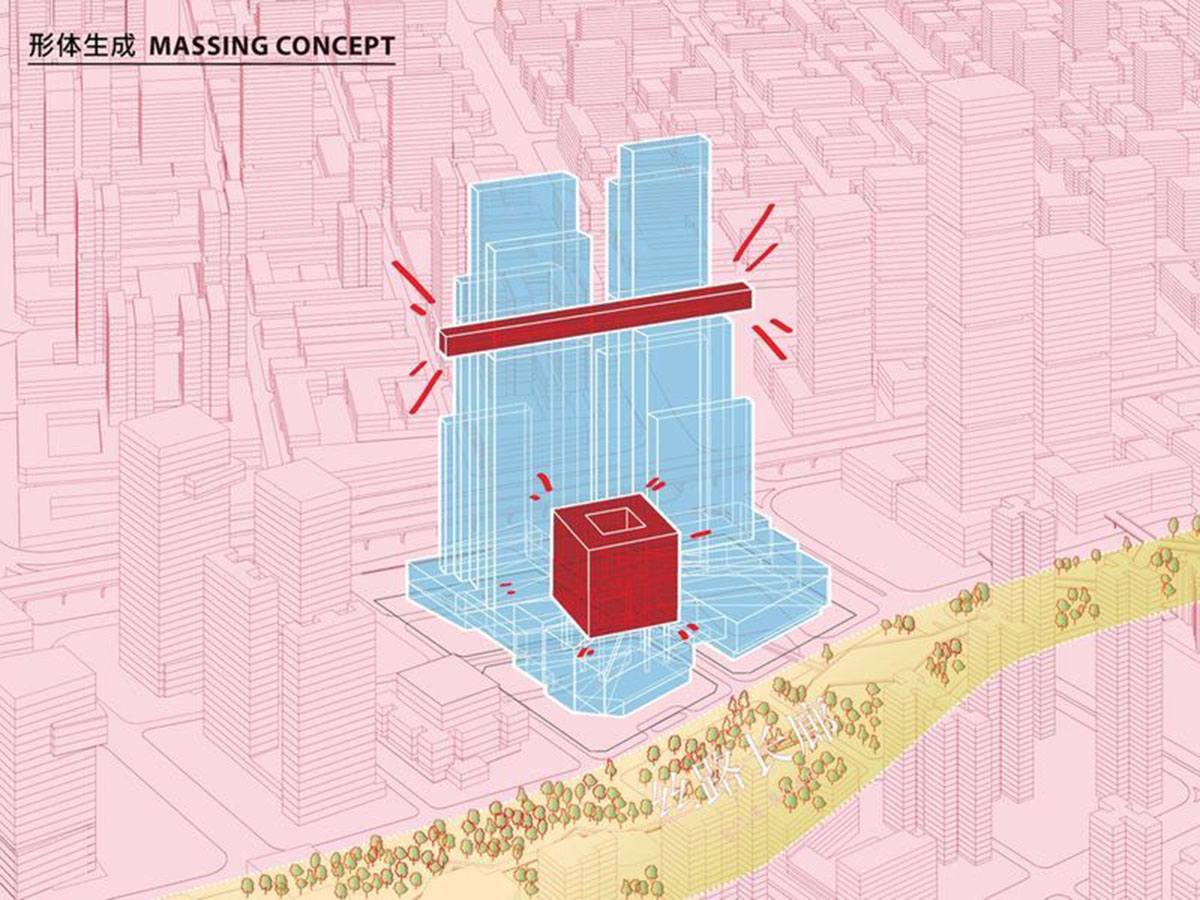 CMG Qianhai Global Trade Center is scheduled for completion in 2024.