Alternative Means Of Transportation Amid A Pandemic Today the world is fighting a pandemic that has hit humanity like never before. To say that the world is living a devastating state will be an understatement. But even in desperate times, humans can adapt and some even thrive. Subsequently, the cities also have a way of adapting and transforming according to the needs of its residents.

Meanwhile, the people are adjusting to the new social distancing norms and the quarantine regulations imposed, the cities are also adapting and preparing themselves for more upcoming changes.

It is not a secret that one of the sectors that were severely hit economically during these past months is the sector of transportation. With quarantine imposed rules and social distancing regulations, the use of public transportation has been avoided as much as possible. Taxies were allowed to work in 24-hour shifts according to their plate numbers; odd number and even number plates were divided to different days. Subsequently, Istanbul’s traffic has seen a 26% drop in the first 10 days of the quarantine only. Although commuting in private vehicles is still a possibility not everyone owns a car. 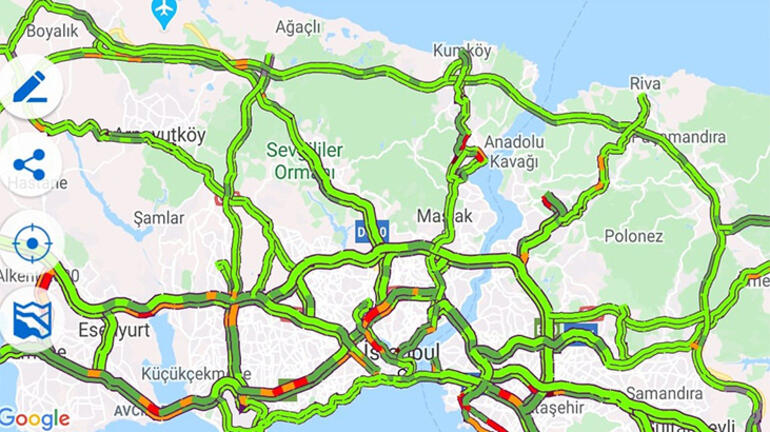 On the other hand, countries such as Germany, the United Kingdom, Singapore, China, and the United States, have found an alternate form of transport - biking.

Amid new restrictions and social distancing, biking provided the perfect solution to commute safely. Unfortunately, for the city of Istanbul, such an option was not available. The biking routes in Istanbul cover a rather small portion of the city; the shorelines of the Asian and European sides, 3 forests on the outskirts of the city, and Princess’s Islands. These cycling routes are made for entertainment and sports purposes only and not as a commute option. If an individual's desire to cycle he/she needs another means of transportation to get to the designated cycling route.

In the last year, there was a major project by Major Istanbul Municipality that provided smart bicycles for rent - Isbike. A distance of 144 kilometers with 142 stations was covered and a total of 3500 bicycles were allocated. This distance was distributed only along the shorelines of the Asian and European sides. It is a successful initiative but not enough for the scale of the city and as a means of alternate transportation since there are no routes provided along the main lanes..

Another initiative that the city has seen last year was the electric scooter, called Marti, owned by a private company. 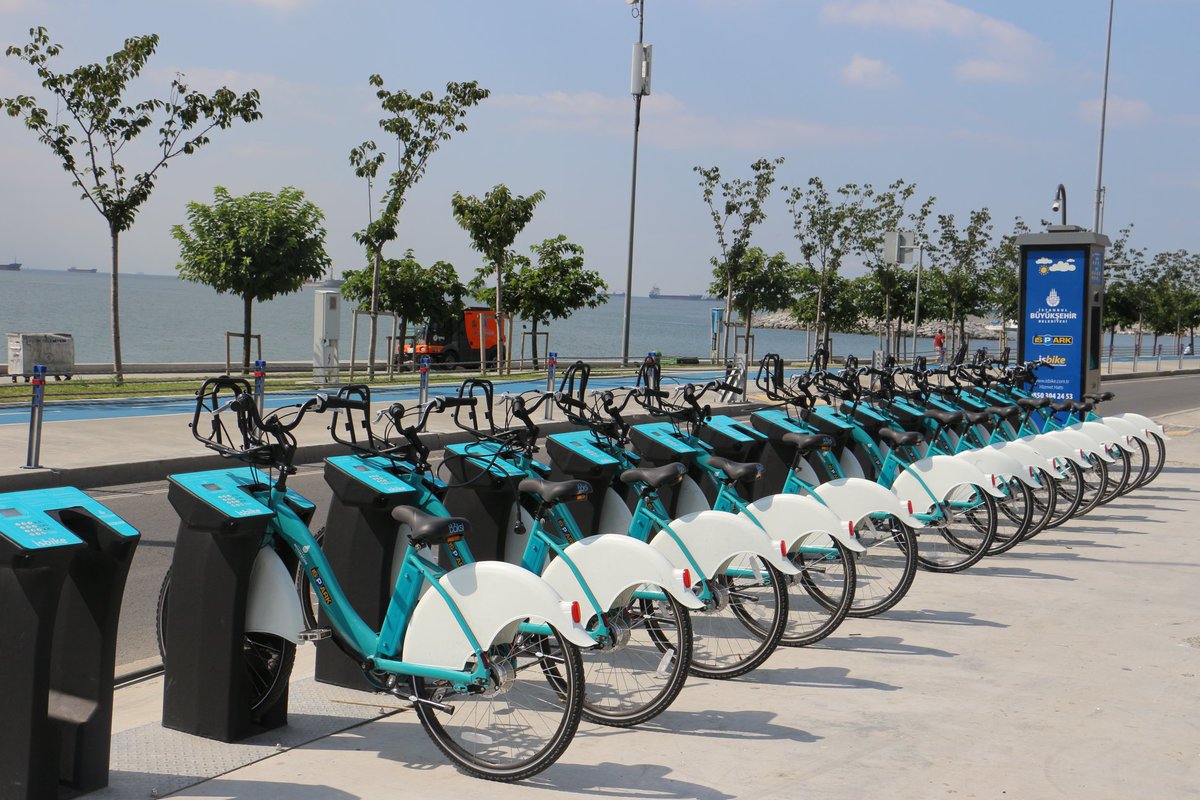 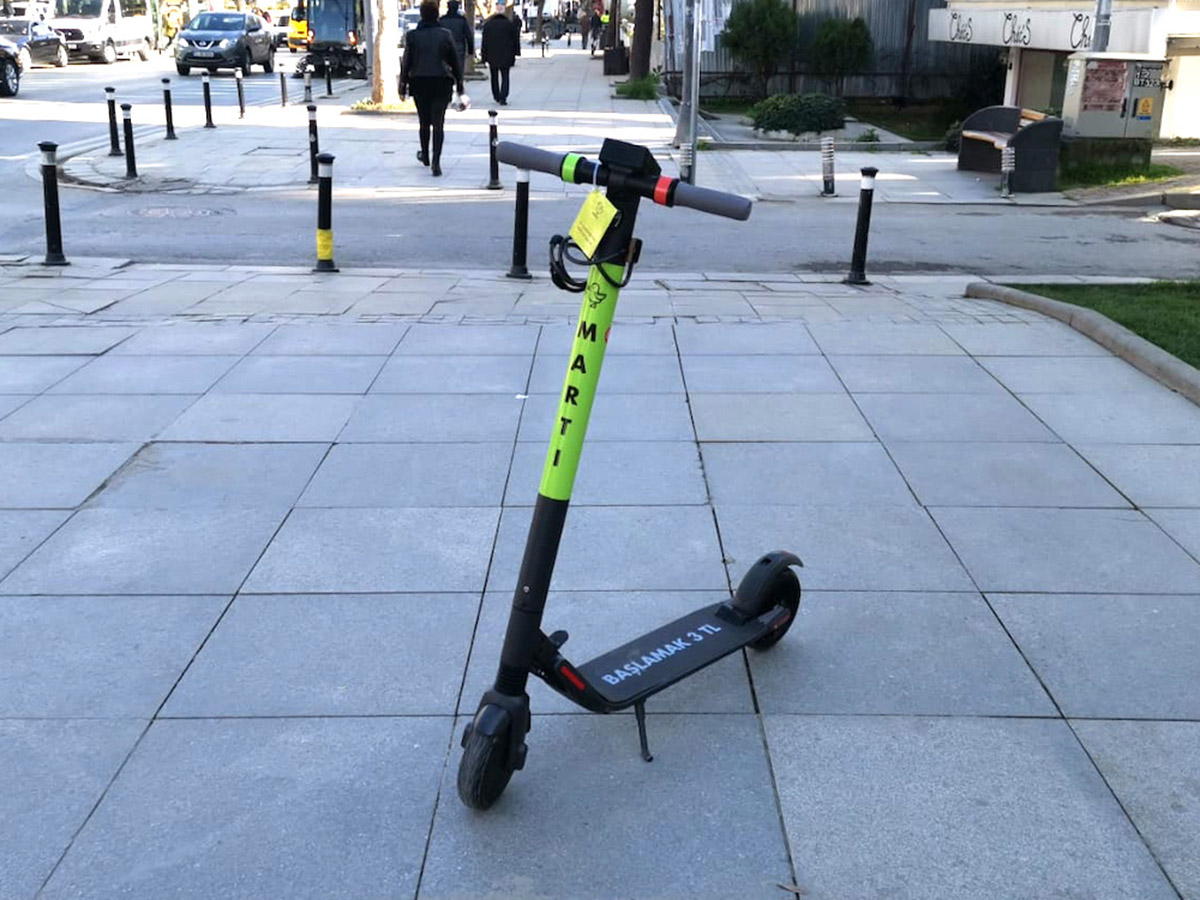 The city of Istanbul does not have any infrastructure prepared for cycling as a means of alternate transportation. With Istanbul’s traffic problems and high population, it is interesting to note that there aren’t any integration projects for cycling routes along the driving lanes. On the other hand, scooters such as Vespas and motorbikes have seen a considerable spike in the last years with people preferring scooters as a way of transport to avoid traffic. A lot more will prefer bicycles if the safe means were offered since not everyone can afford scooters. Another reason why bicycles should be endorsed is its health and green benefits to the city and the people. The ultimate idea is to provide a healthy alternative to commute, one that will be healthy and at the same time does not contribute to air pollution.

Istanbul’s municipality is heavily invested in public transportation, especially in the underground metro system and the metro bus line. As it is shown from the metro map there are several metro lines under construction and plans for the future. But cycling does not take a priority.

Aside from the economic damage that has hit the country from the halt of transportation, there was one clear advantage for the environment. The air quality has improved in mere months. Carbon levels have dropped in record-breaking levels in major cities around the globe.

Since the partial quarantine has started in Istanbul on the 17th of March, Istanbul residents were able to see the Uludag mountain of the Bursa Province, and even dolphins have returned to the Bosphorus. All these major environmental changes were seen within mere weeks. Air quality has improved due to the decreased traffic and vehicle use as well as the decreased canal traffic that brought wildlife back to cleaner sea. 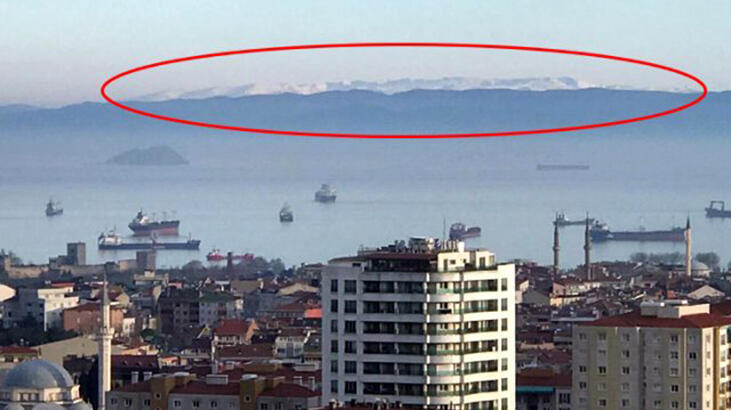 In 2008 in the United States, transportation alone was responsible for 33% of carbon emissions, and according to the IPCC report, cities need to be net-zero carbon emitters by 2050. Of course, there isn't such a city to be found in 2020.

Going through a health crisis that has no vaccine for the moment and the only solution seems to be an individual’s immune system, a healthy environment is presiding all. Using bicycles to commute is a healthy alternative, one that doesn’t contribute to polluting the air.

Today amid the pandemic the world is joining hands in exchanging information and medical aid and learning lessons from other countries and their solutions and suggestions.

Investing more in the cycling infrastructure as an alternative means for transportation is one of the lessons that the city of Istanbul should take into serious consideration. Promoting and integrating policies and regulations for cycling traffic should take priority. The cycling alternative brings a lot of advantages for the people and the city, from green transport to health and a safer isolated way to travel.