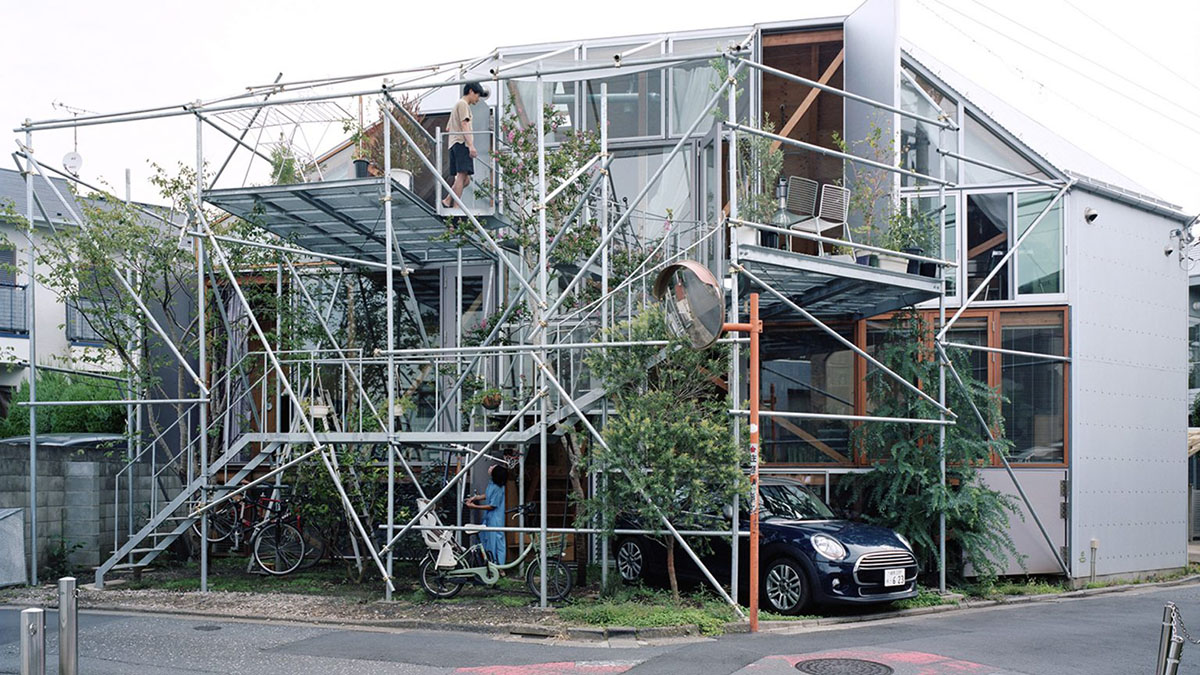 Japanese architecture firm Suzuko Yamada Architects has built a house that takes its architectural language from the complexity of linear elements and objects in Tokyo, Japan.

The house, named Daita2019, covers an approximately 138-square-metre are and can entirely be rearranged according to the owner's needs.

The three-storey house is connected to its own garden at the backyard, while the front side is covered by corrugated sheets to ensure privacy. 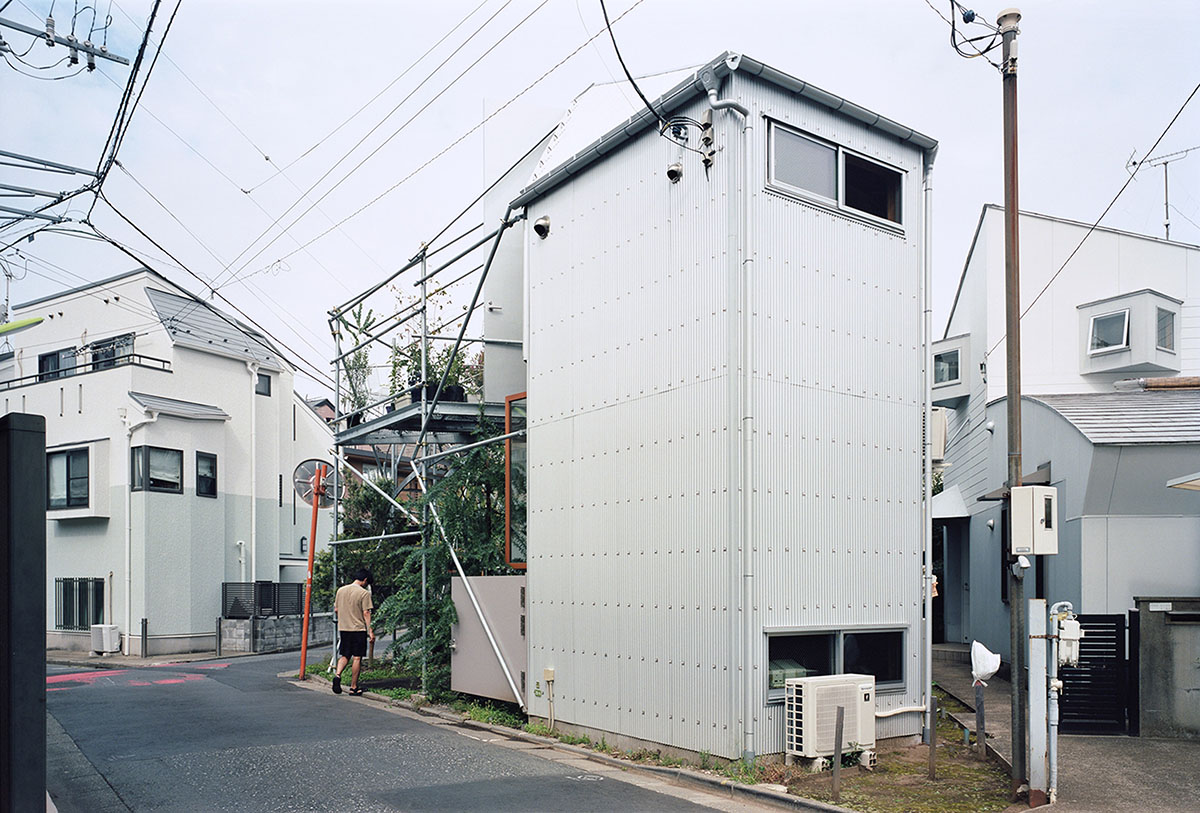 The architect wanted to create a place where "there are no walls or roofs, trees, tall grass" and all of them are intertwined in one place, which the gorilla forest in Rwanda inspired the architect Suzuko Yamada.

Described as "a vernacular architecture in the gorilla forest", the house completely blurs the boundaries between inside and outside in an intrinsic way.

"While designing this house, I remembered the Rwanda forest where I visited a few years ago. It is a vast forest of the Virunga Volcanoes, where the border of the three countries of Rwanda, Congo and Uganda is, and where wild mountain gorillas live their everyday lives as they travel," said Suzuko Yamada.

"When we caught up with a troop of gorillas by the guidance of local people, they just sat down and rested among soft bushes in an open space of the forest. Infant gorillas played upon the trees and ran around among adult gorillas, while each adult settled comfortably in the grass, to groom themselves or to eat grass and tree bark." 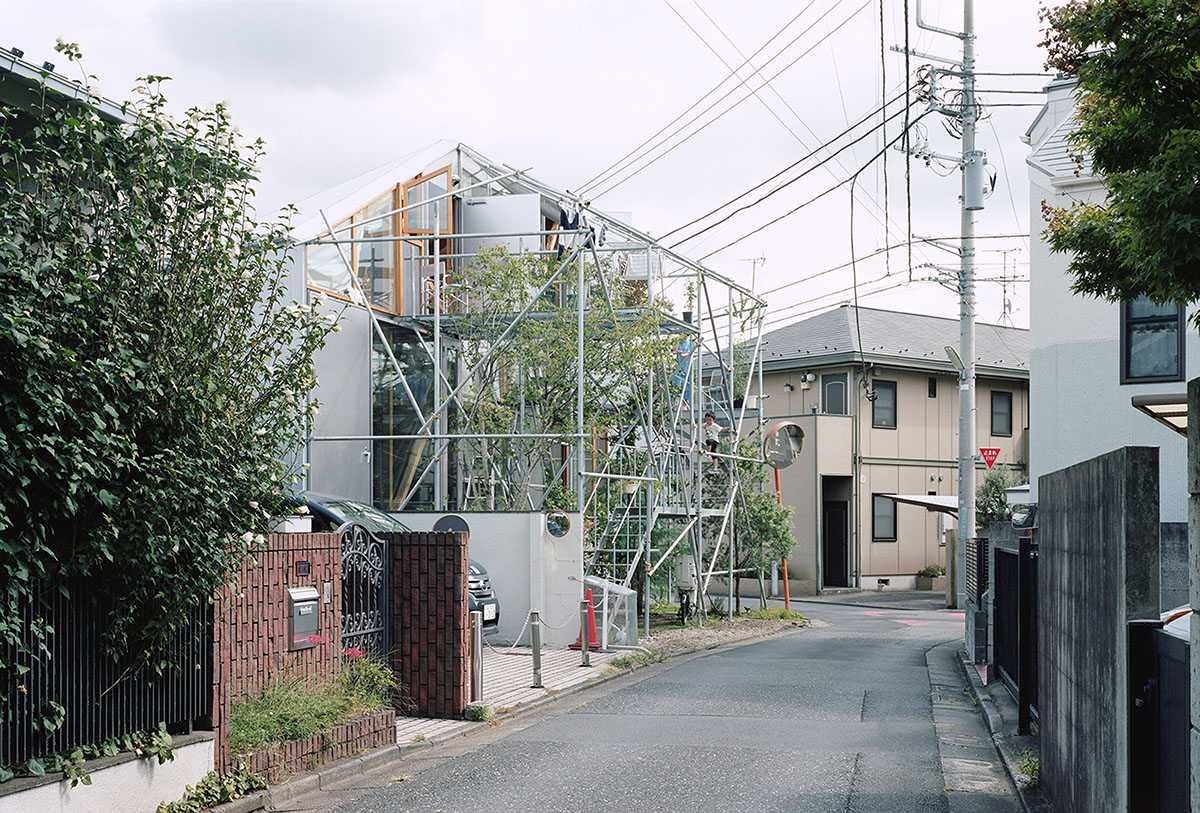 "It was like a scene in a house. They found their places among dense trees and improvised their houses."

"Though there are no walls or roofs, trees, tall grass and creepers entwined with them, the overlaps and outlines created by unevenness of the terrain, were enclosing the presence of inhabitants, to form a comfortable density that can be called a house."

"This is the vernacular architecture in the gorilla forest," Suzuko Yamada added. 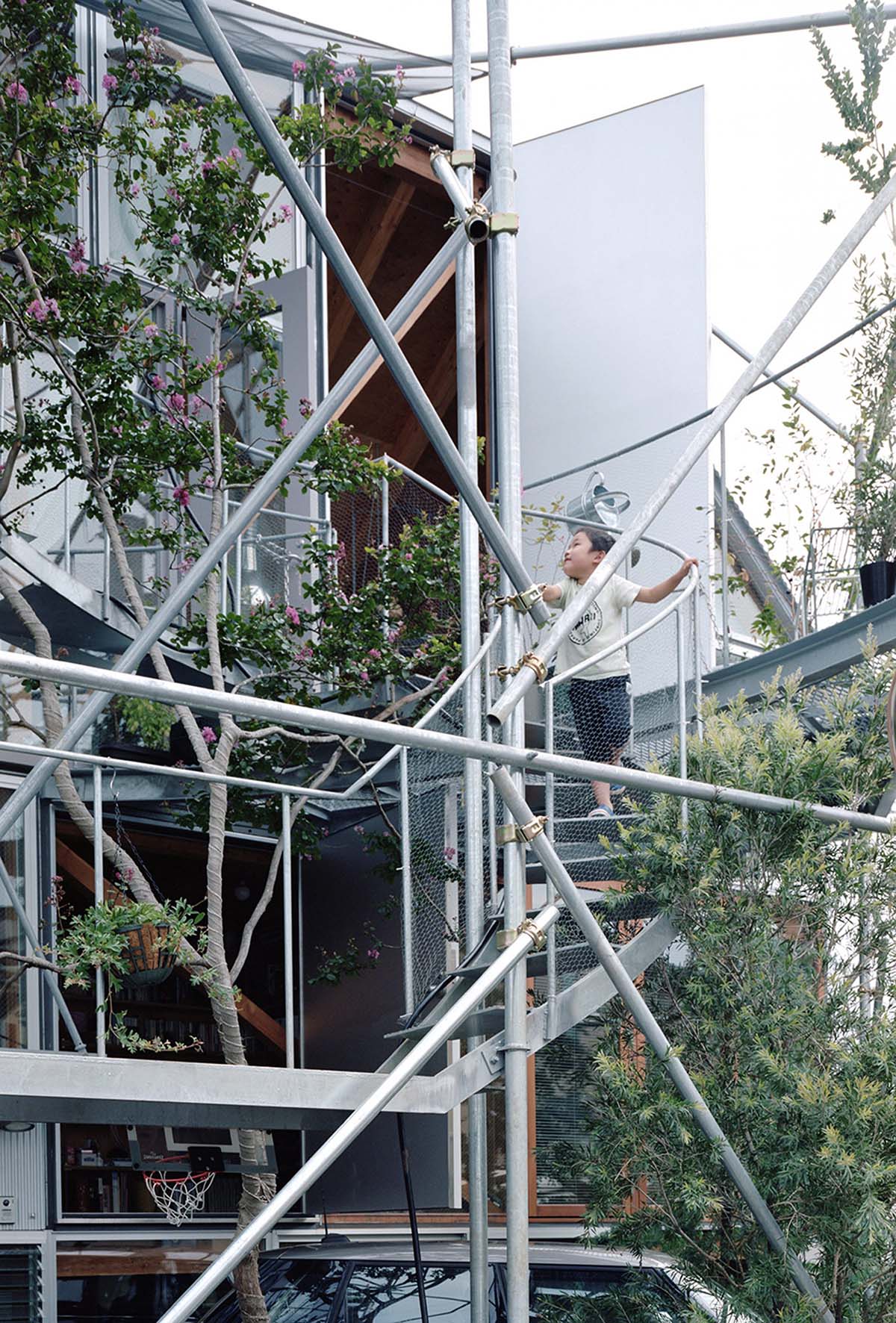 "What if there is such a house, in a small corner of a residential area in Tokyo? Is it possible to create a house, where a bare life is softly enclosed with layers of linear materials and objects to shape various depths, and where is a little far from the sun and eyes of people in streets? In order to achieve it, I first decided to emphasize linear elements radically both inside and outside the house," explained the architect. 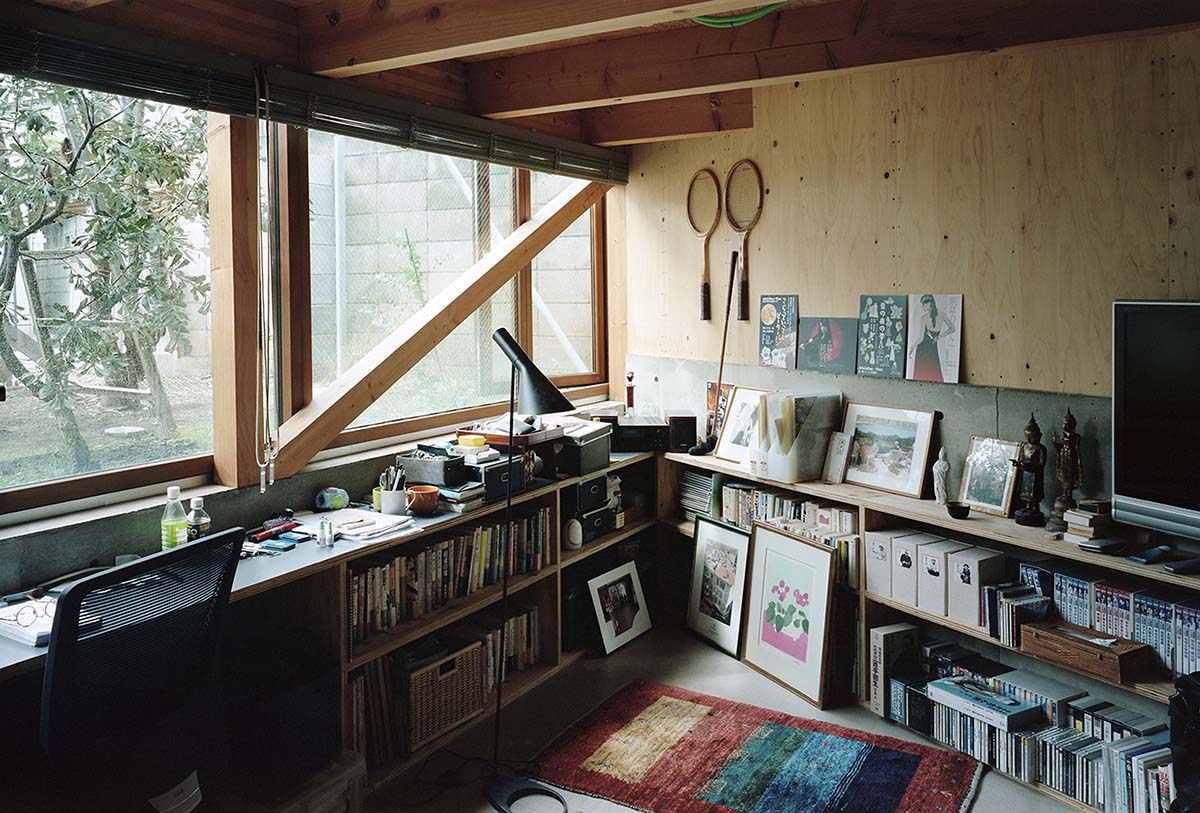 The architect exposes all structural materials with joints and bonded parts so that they can be seen from the side. There is no wall between the house and its garden, but a composite of windows and joinery assembled together.

In addition to structural elements such as squared timbers, steel members, pillars and beams of single pipes and bracings, there are staircases, balustrades, window frames, furniture, curtains, books, clothing and other sundries, trees, pot-plants, bicycles, a watering pot, shovels, and moreover, a huge amount of books, videotapes, DVDs etc. of the resident's video production-work, being scattered around to shape varied scenes of life. 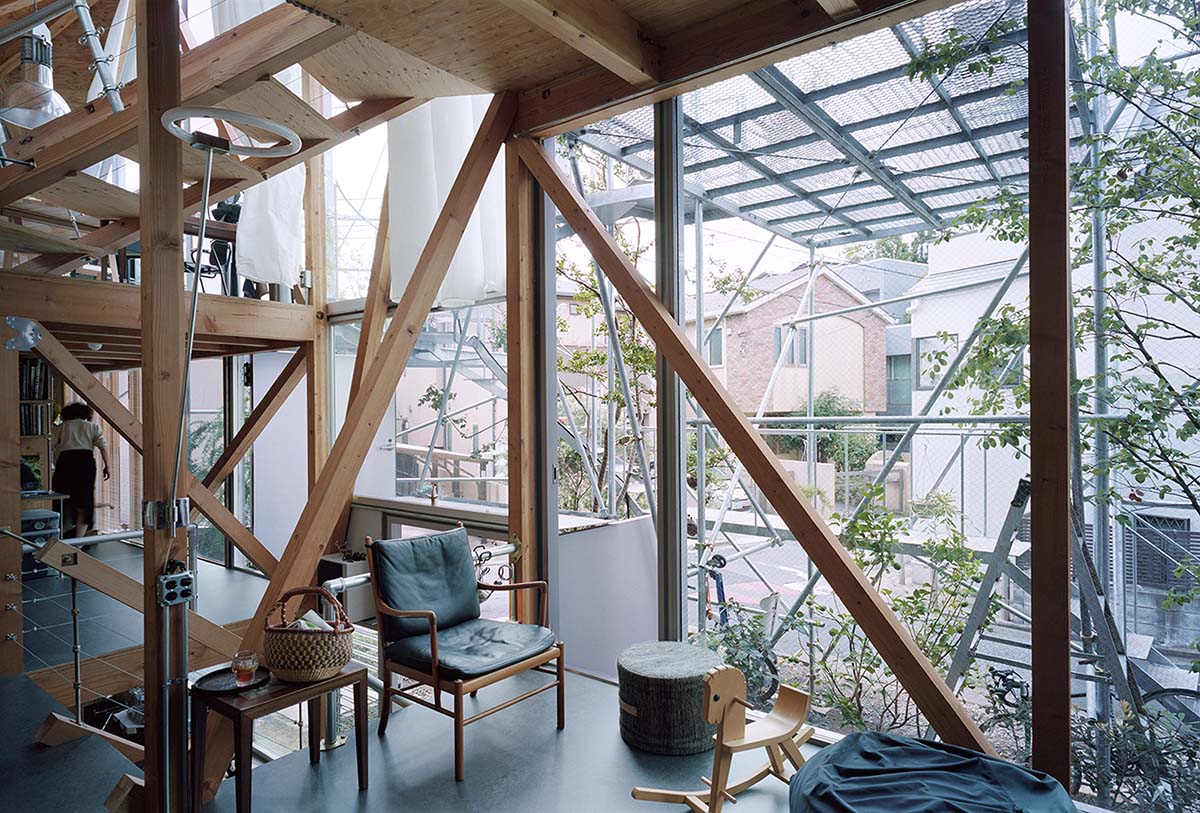 Layers of lines are interwoven from the outside to the inside of the building, so that each inhabitant can live freely and find one's own relaxing environment. 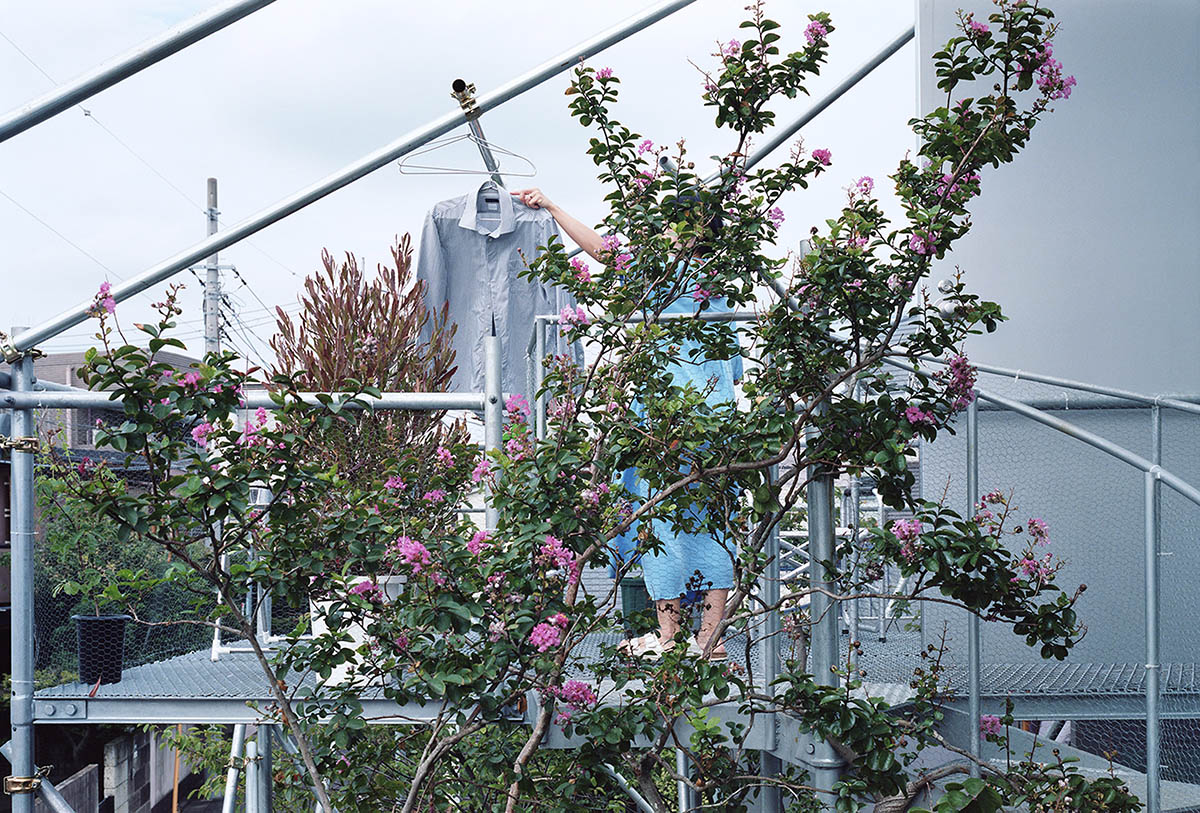 For the garden, the architect selected many edible plants such as fruit trees, herbs, vegetables, and plants that can be used as cut flowers when pruning. "I extended the living space and the terraces that serve as platforms for harvesting, put a staircase around trees that require regular pruning, and laid a catwalk by the road along the fence where vines grow, within the frames of steel pipes," the architects continued. 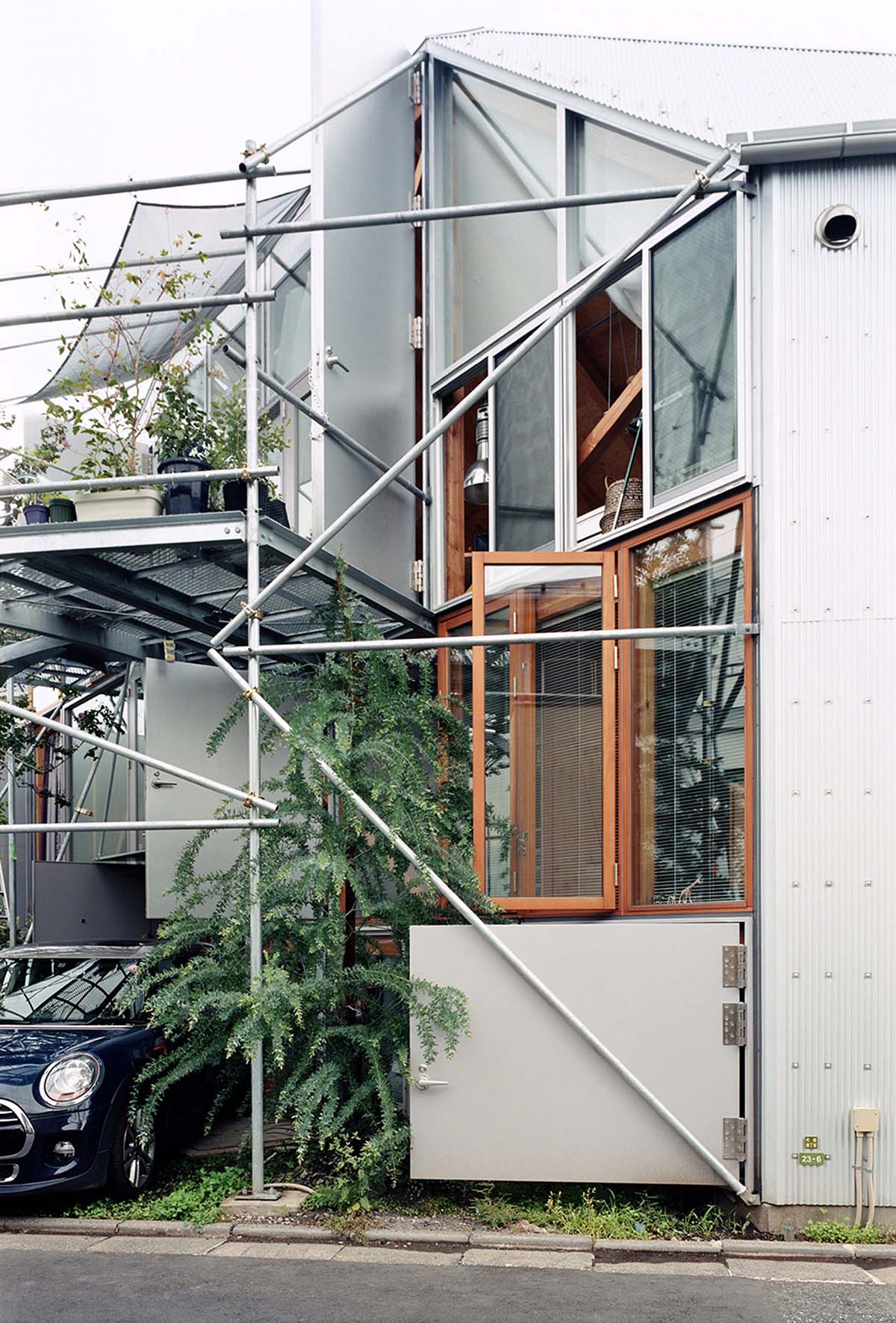 Due to the cost, maintainability, future possibility of expansion and reconstruction, the architect chose wooden structure for the interior while the exterior structure is made of steel.

Single pipes can be easily assembled and disassembled by clamps, so it is possible to customize according to demand of daily life, such as changing doorways, adding a new balustrade, setting a plant strut or a wash-line pole to hanging things. 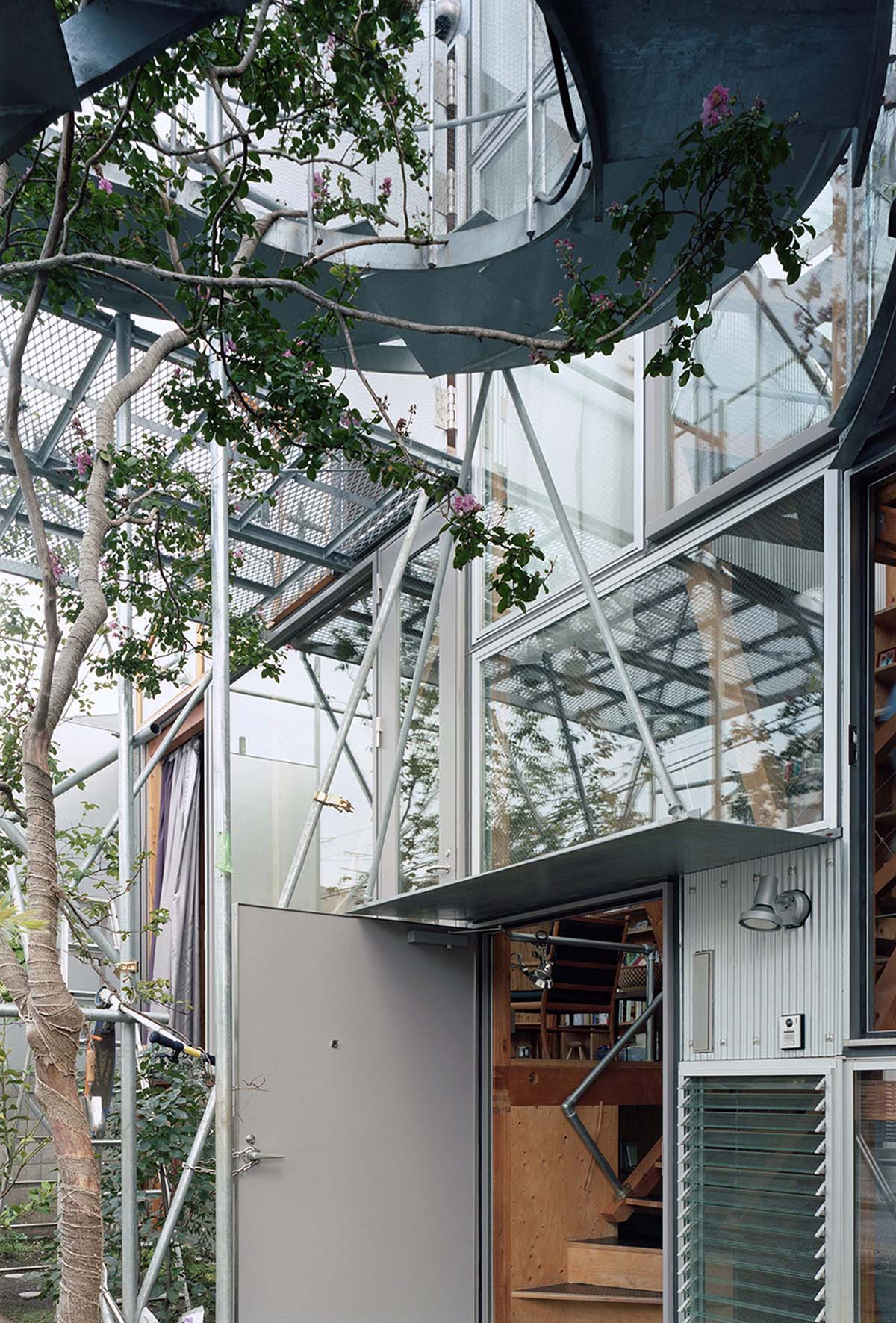 The boundary between the building and the garden is made up of aluminum, wooden and steel sashes according to the requirements of each room. 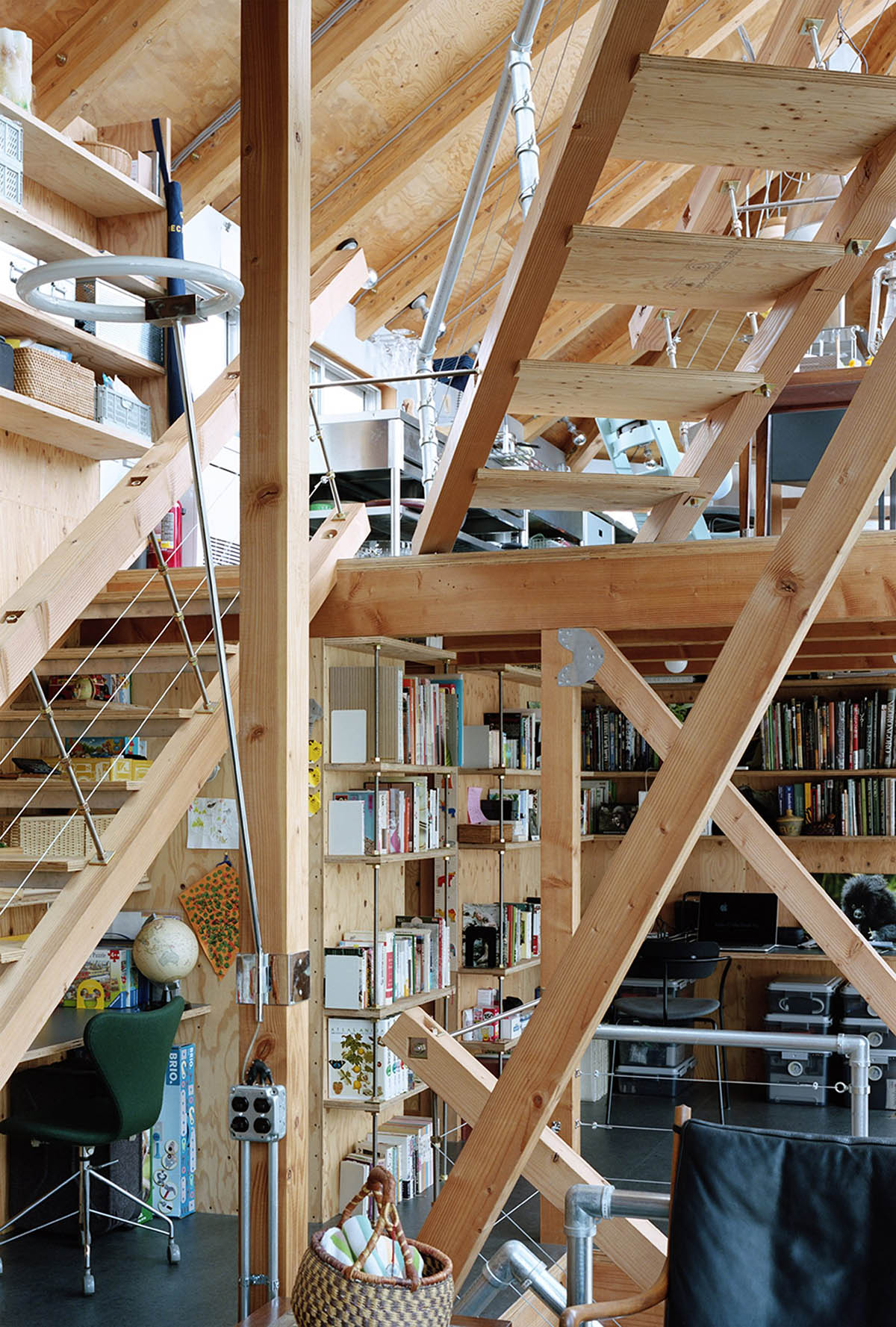 By opening and closing these sashes, the house flows into the garden and the garden sneaks into the house, thus overlapped two scenes have created a comfortable living space just like a gorilla forest. 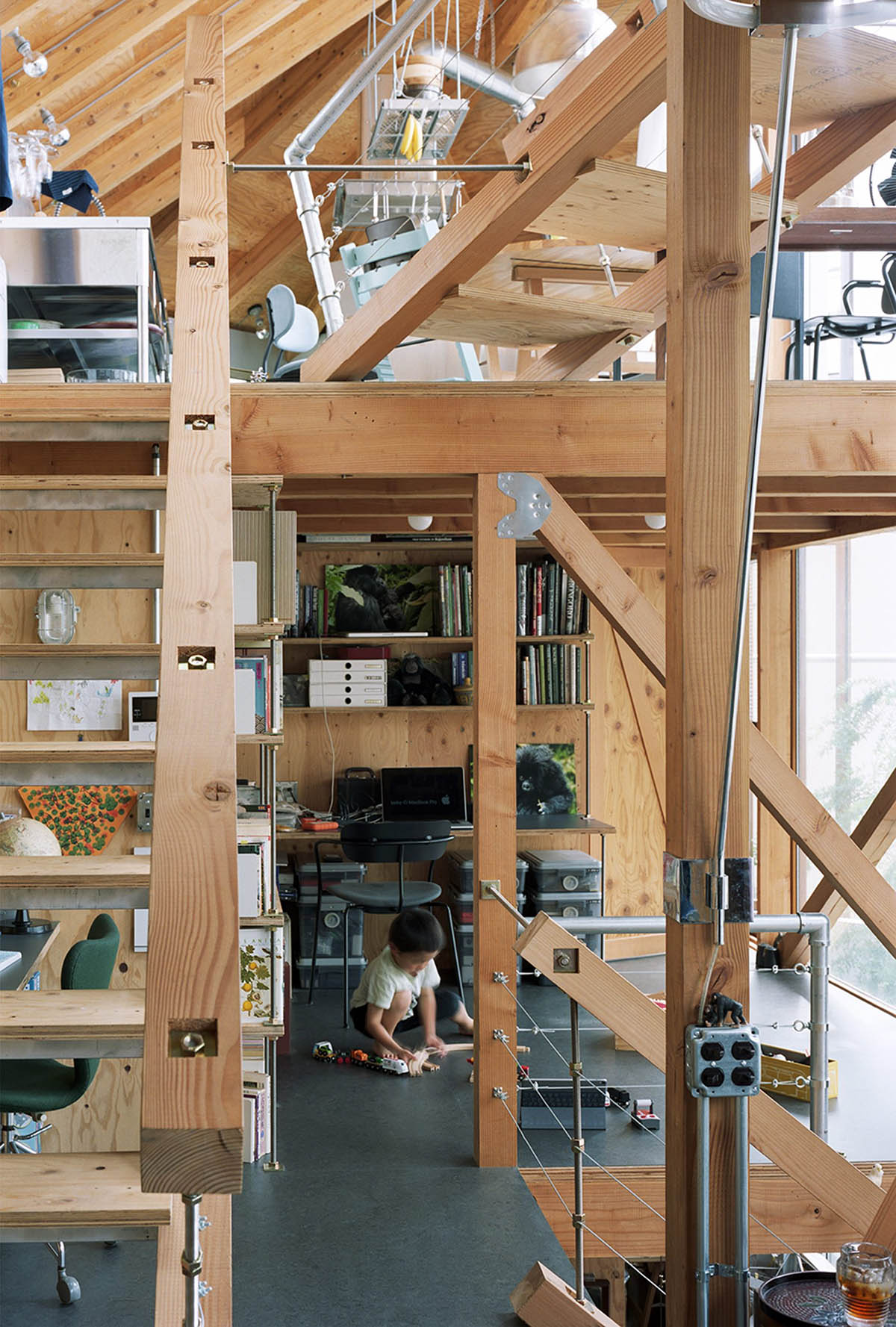 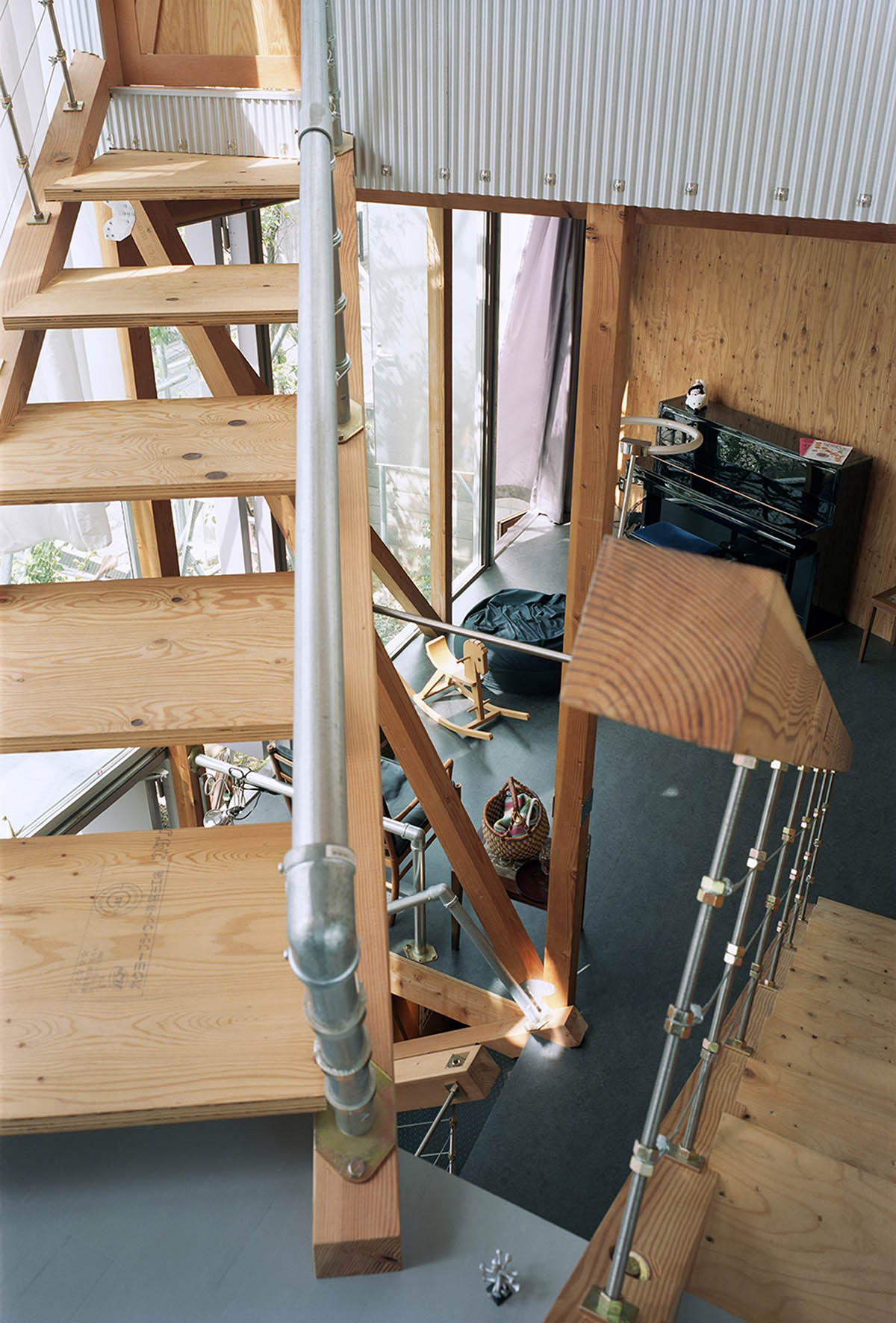 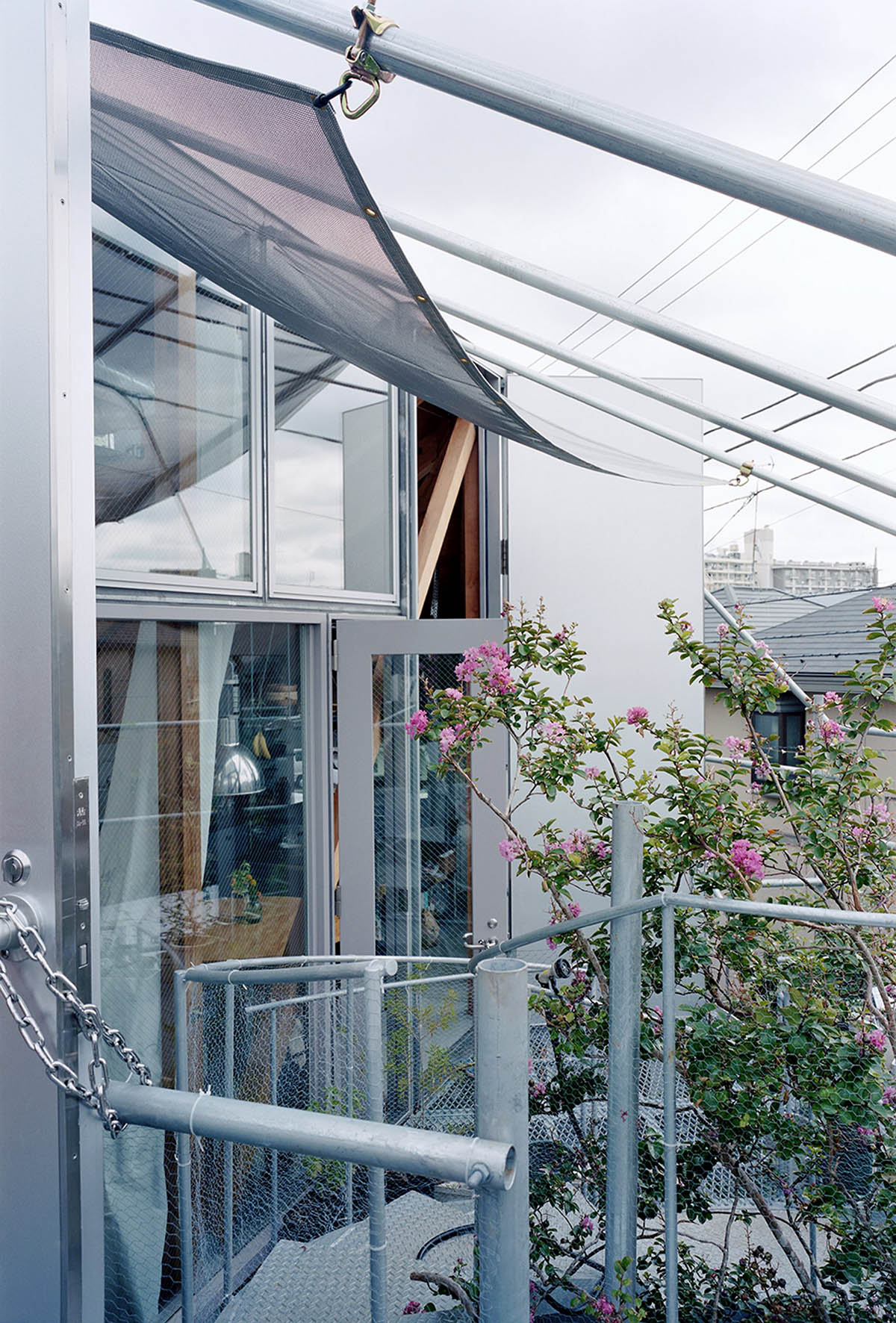 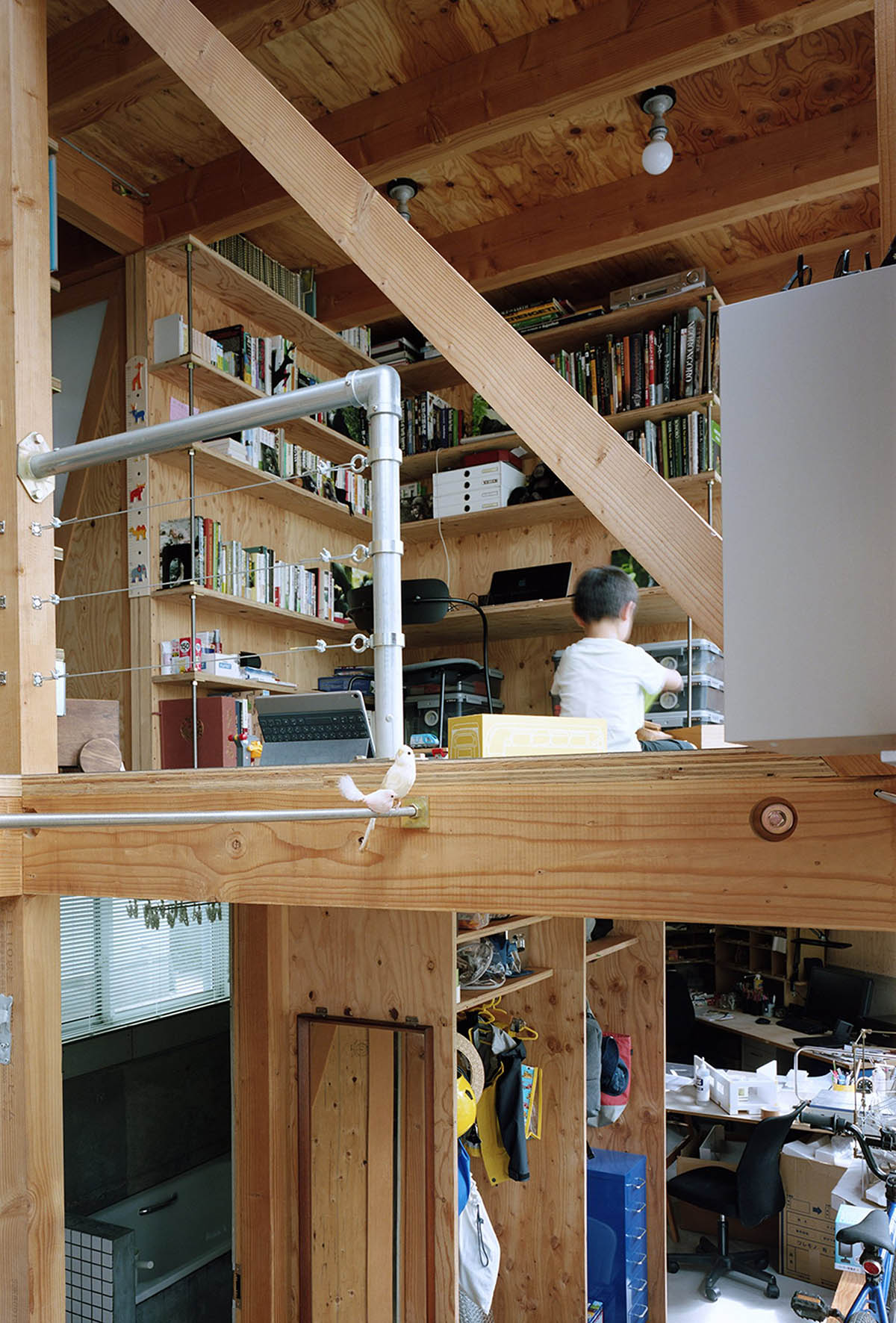 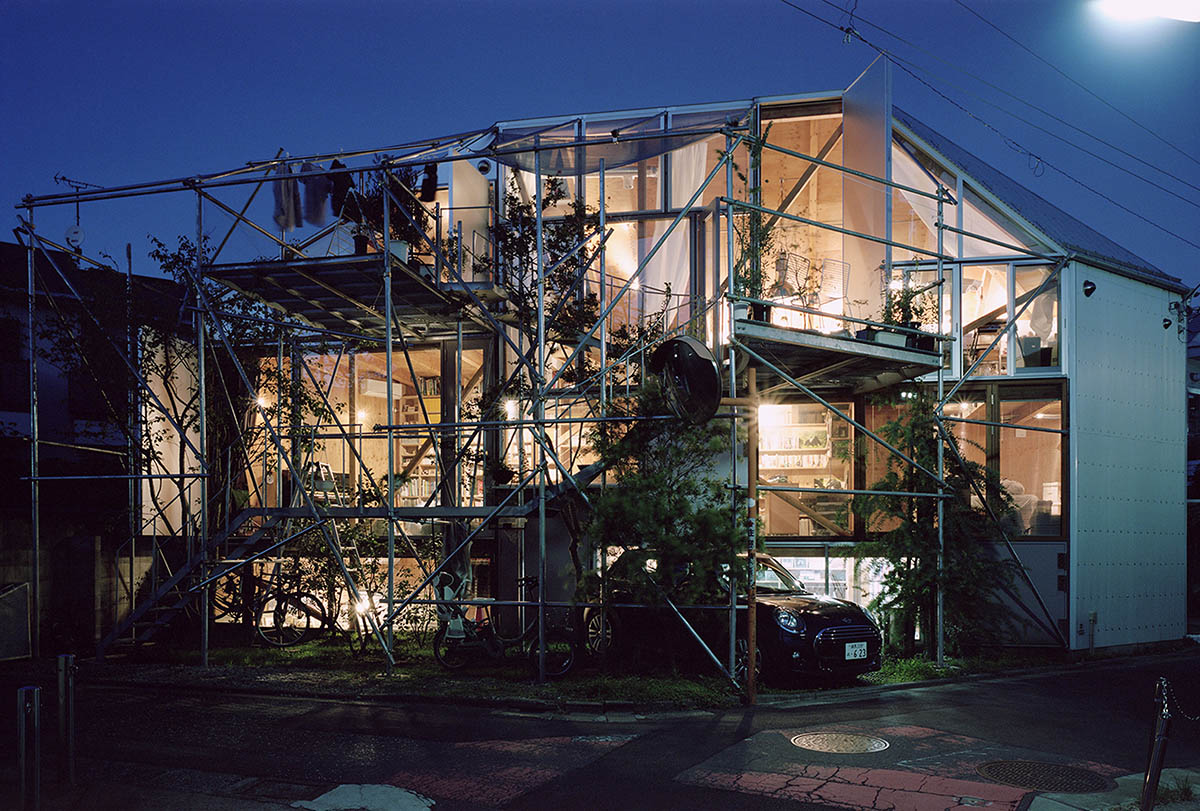 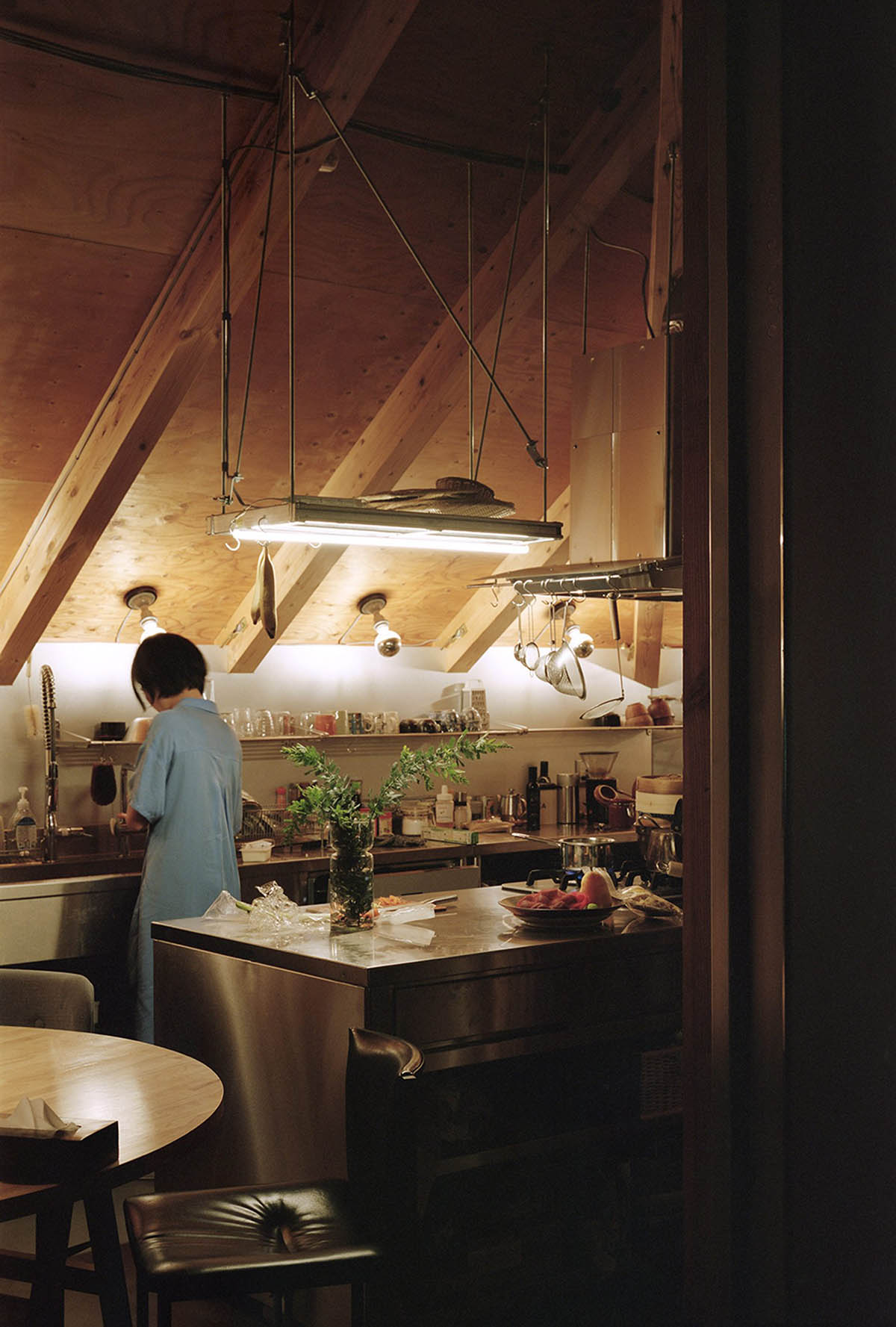 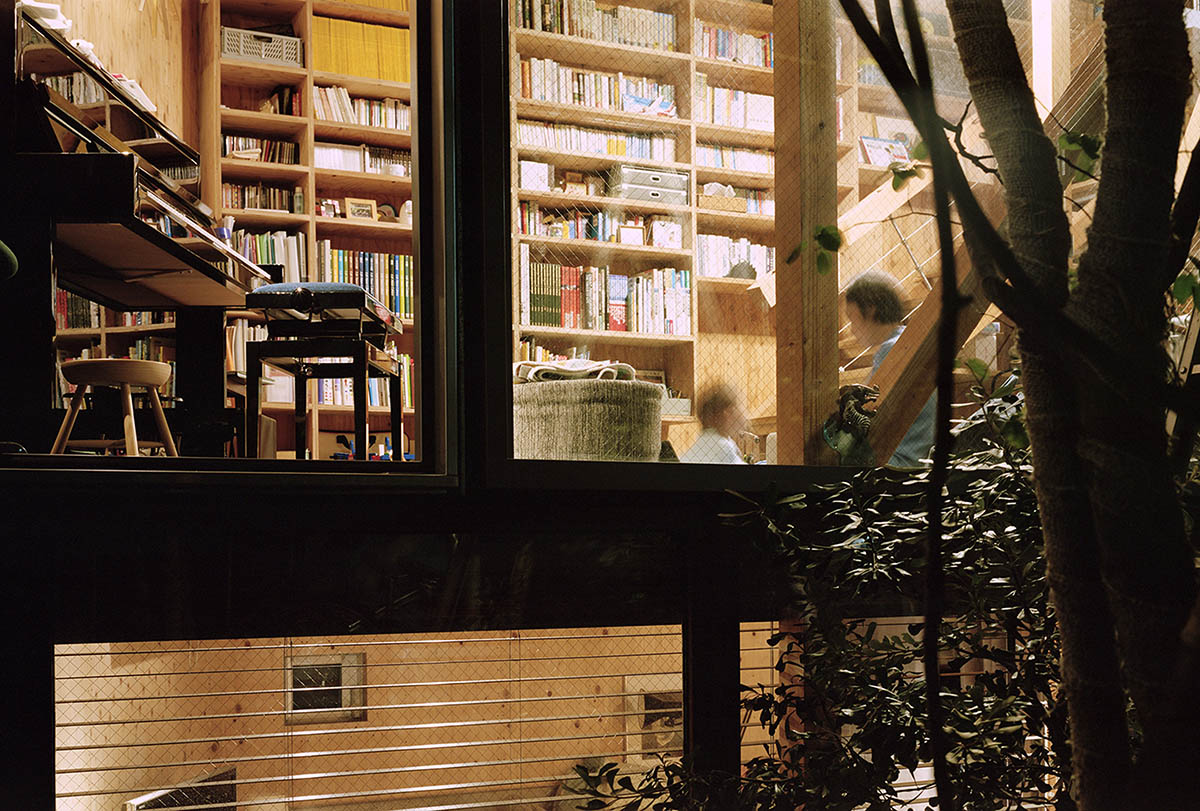 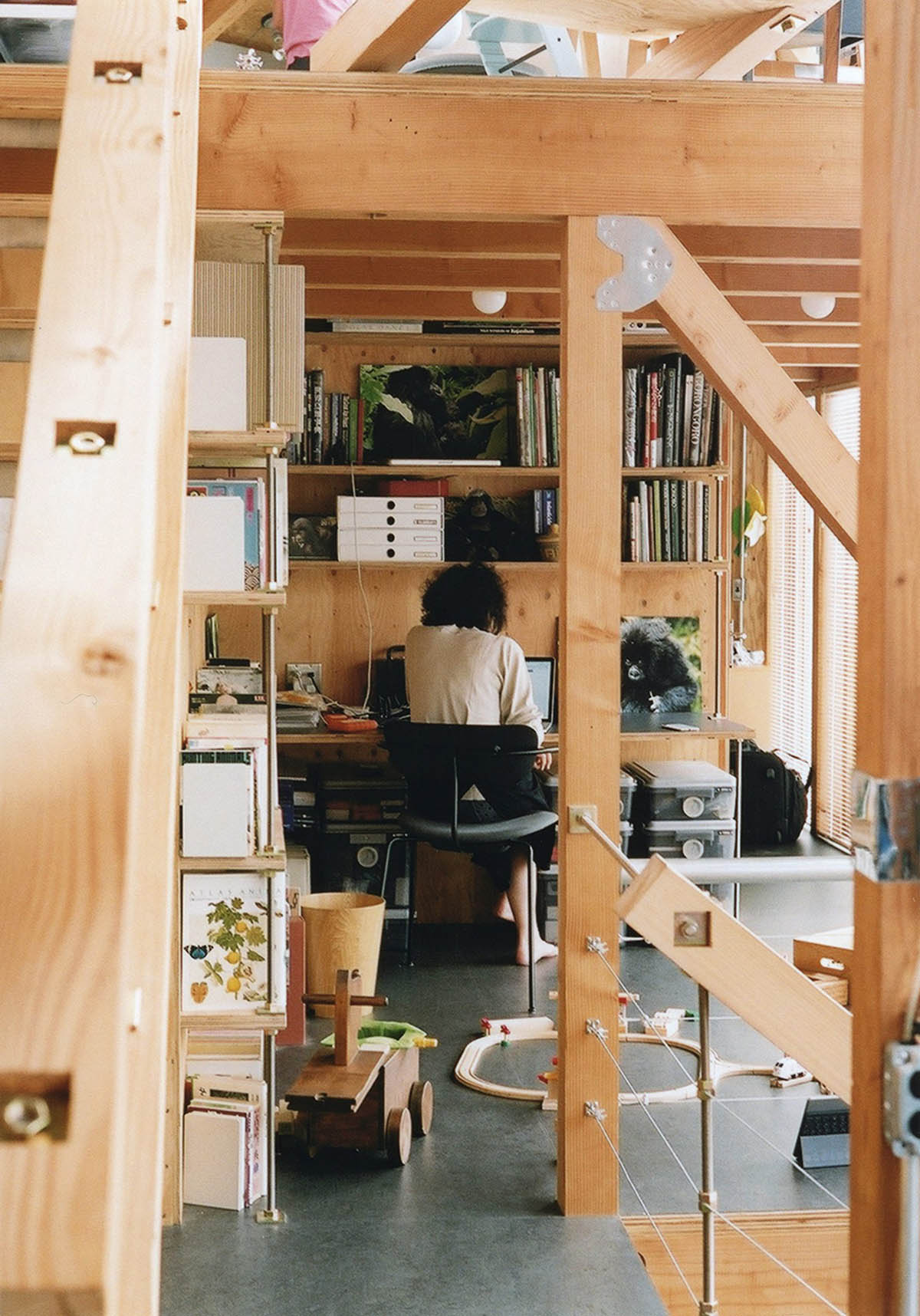 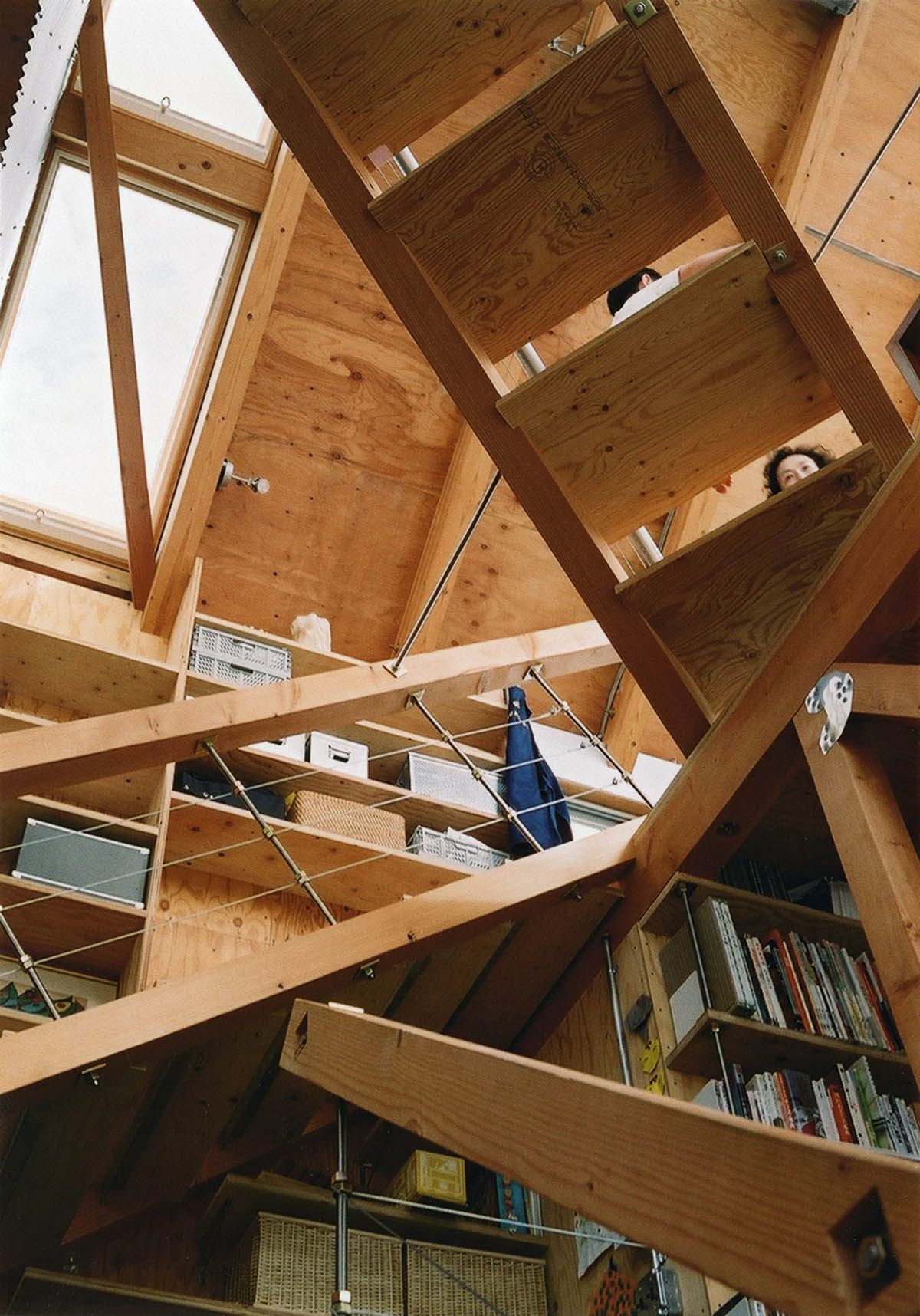 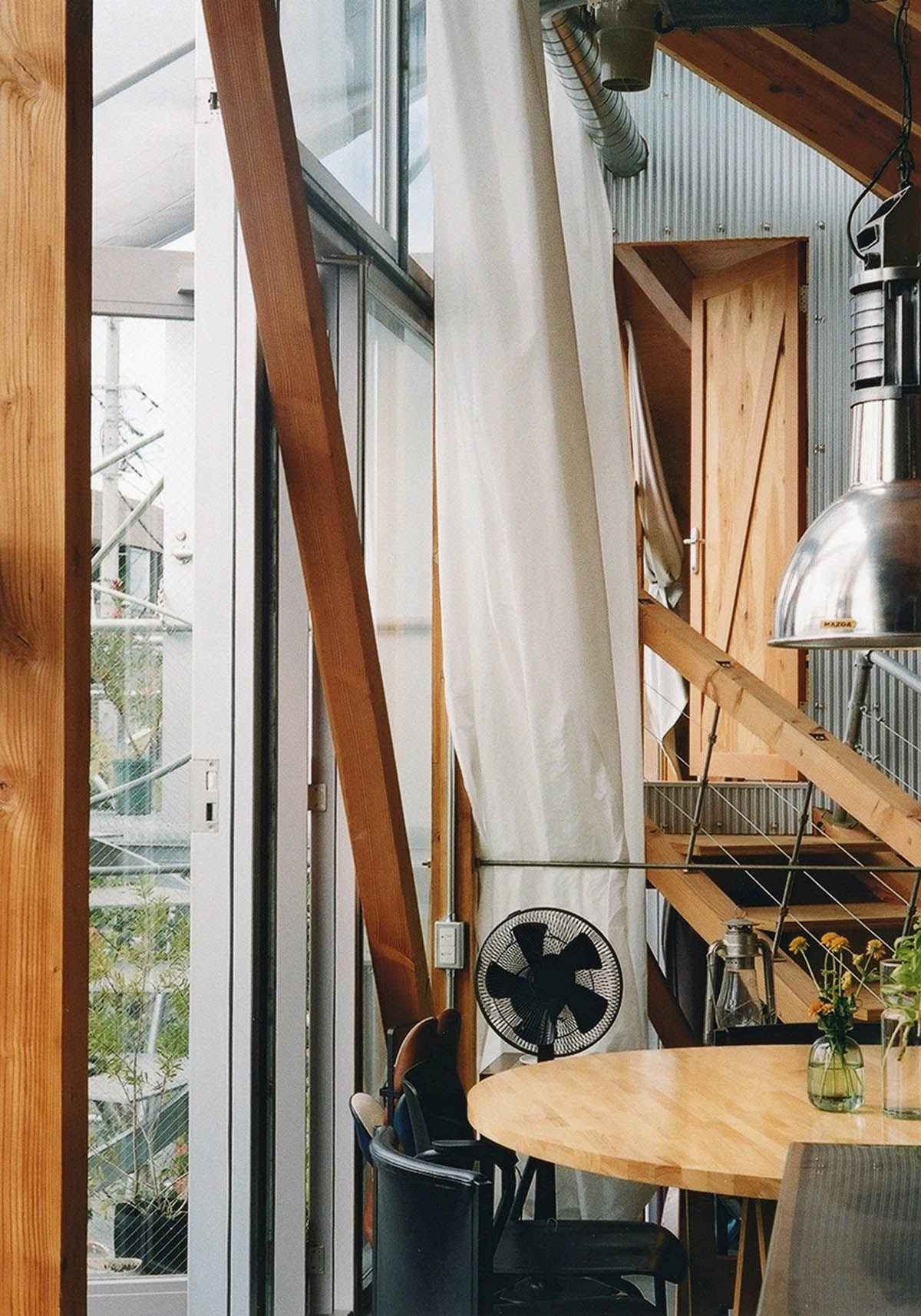 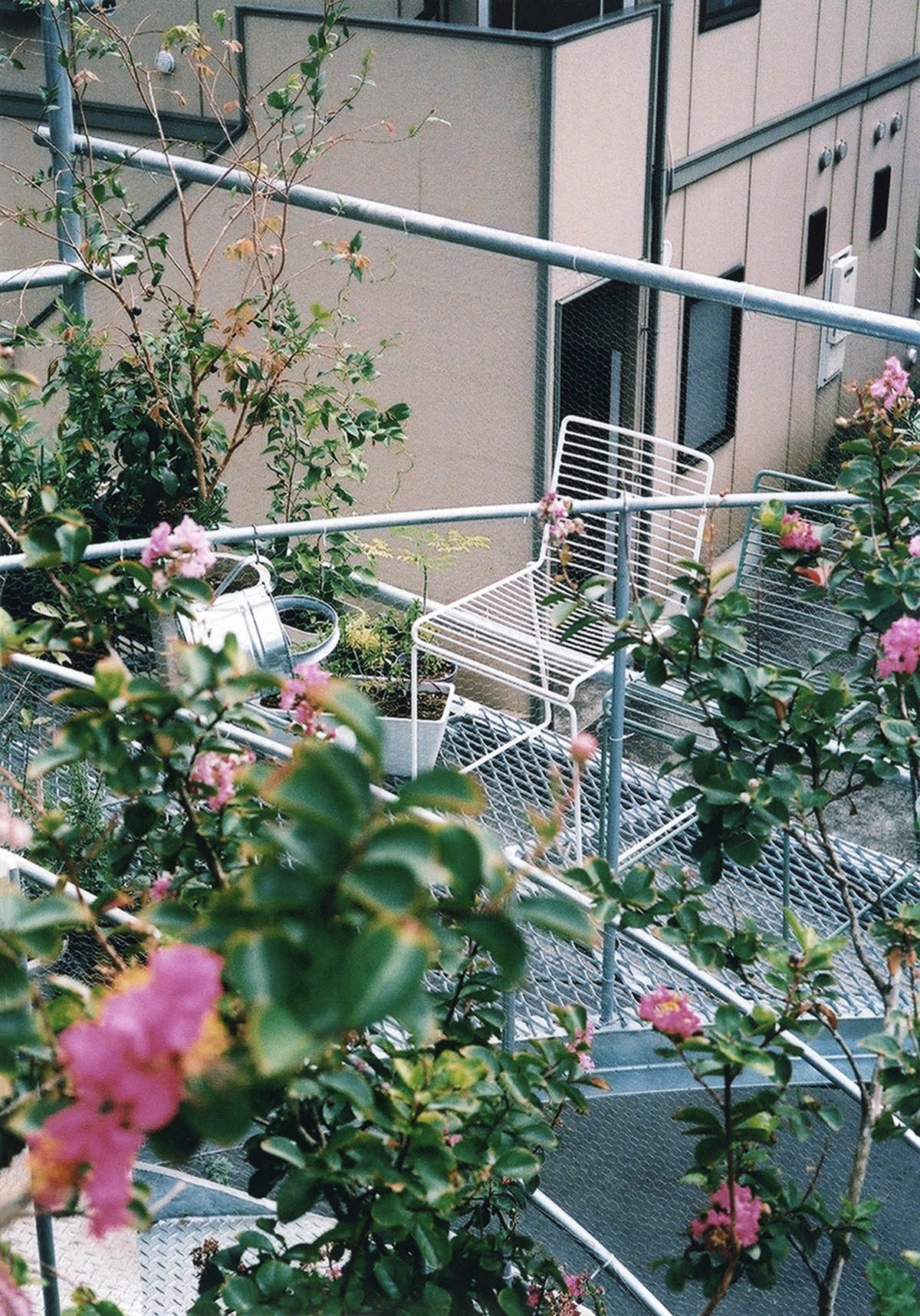 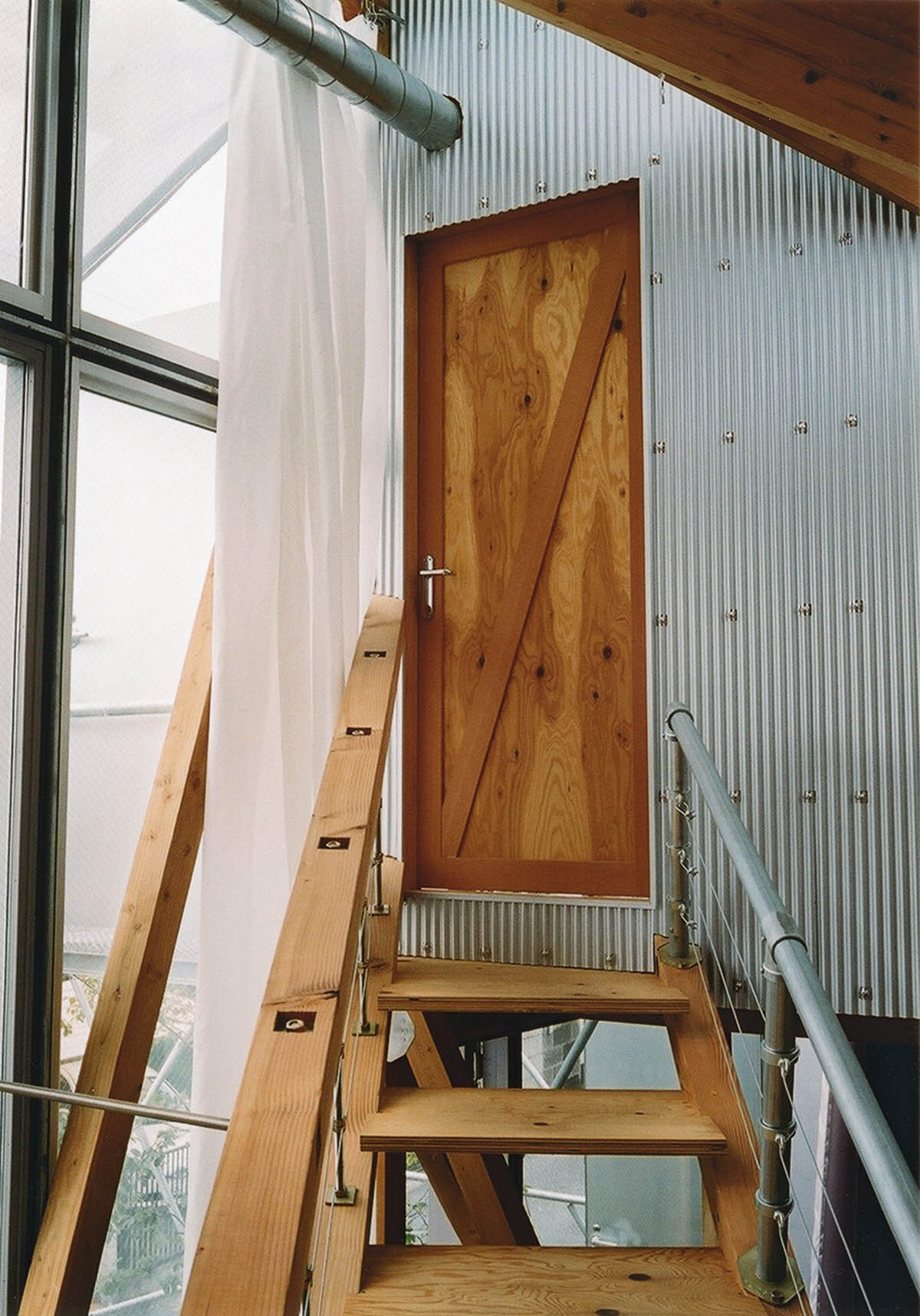 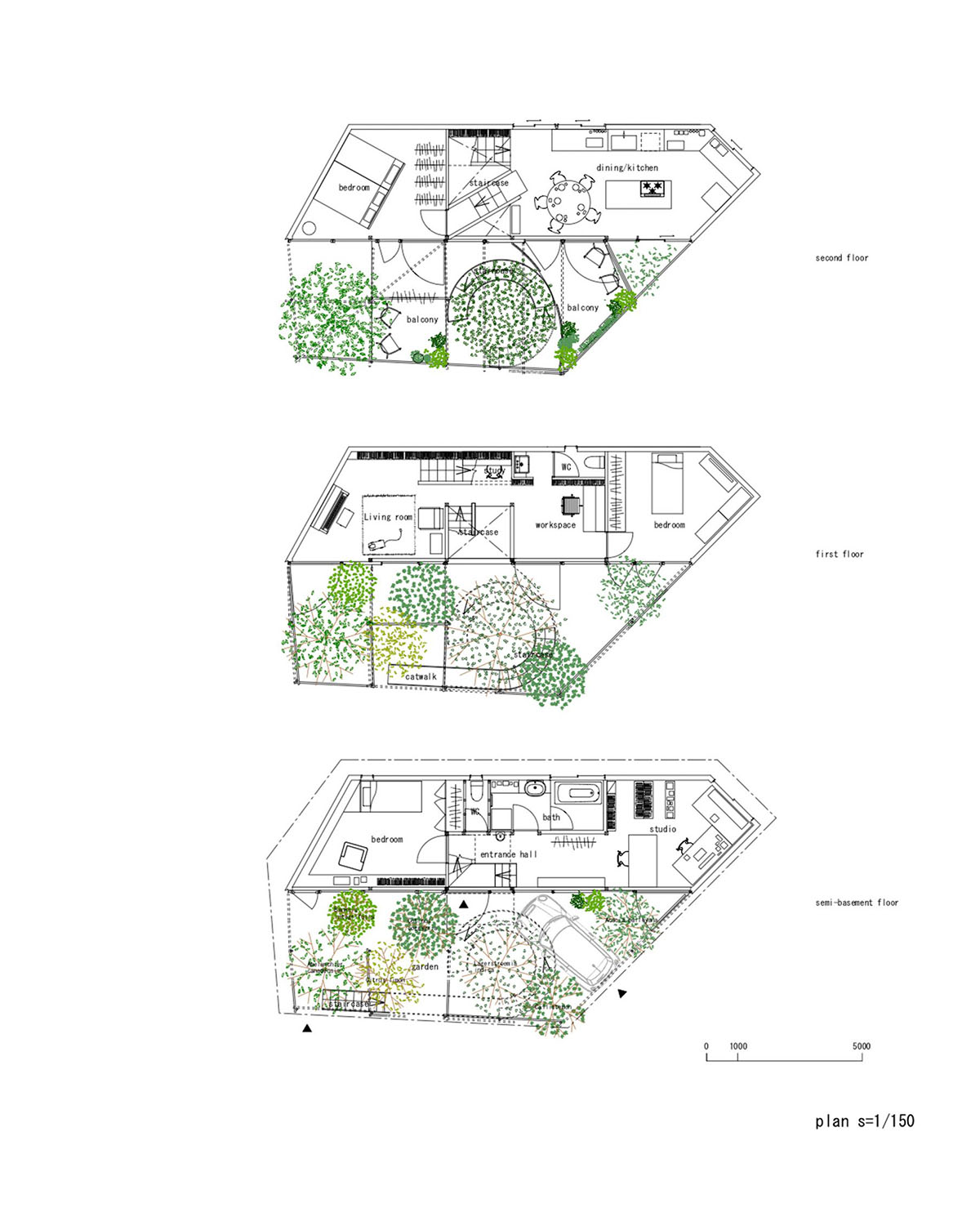 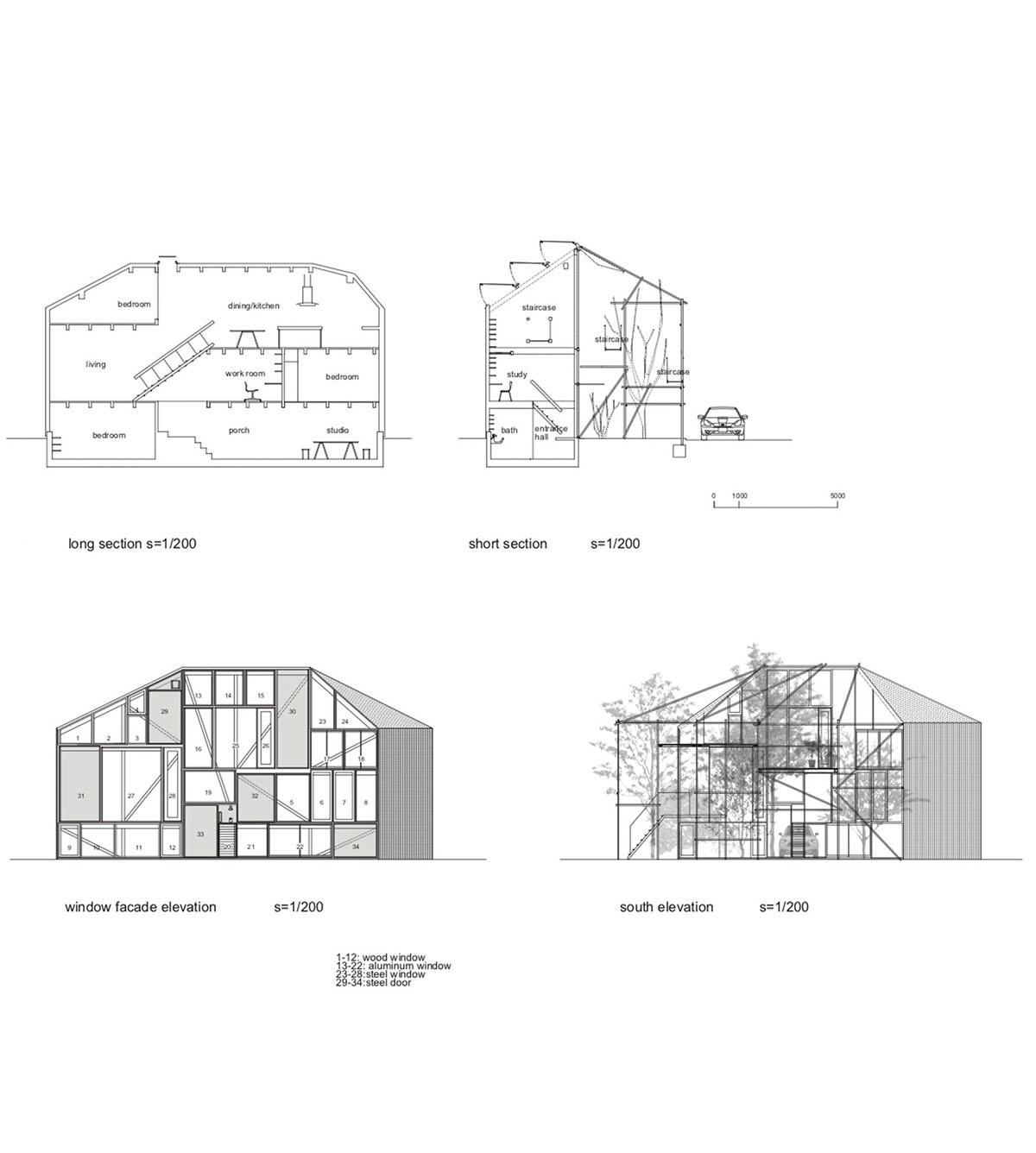