Ai Weiwei releases "Coronation" documentary depicting the lockdown in Wuhan, which was made remotely 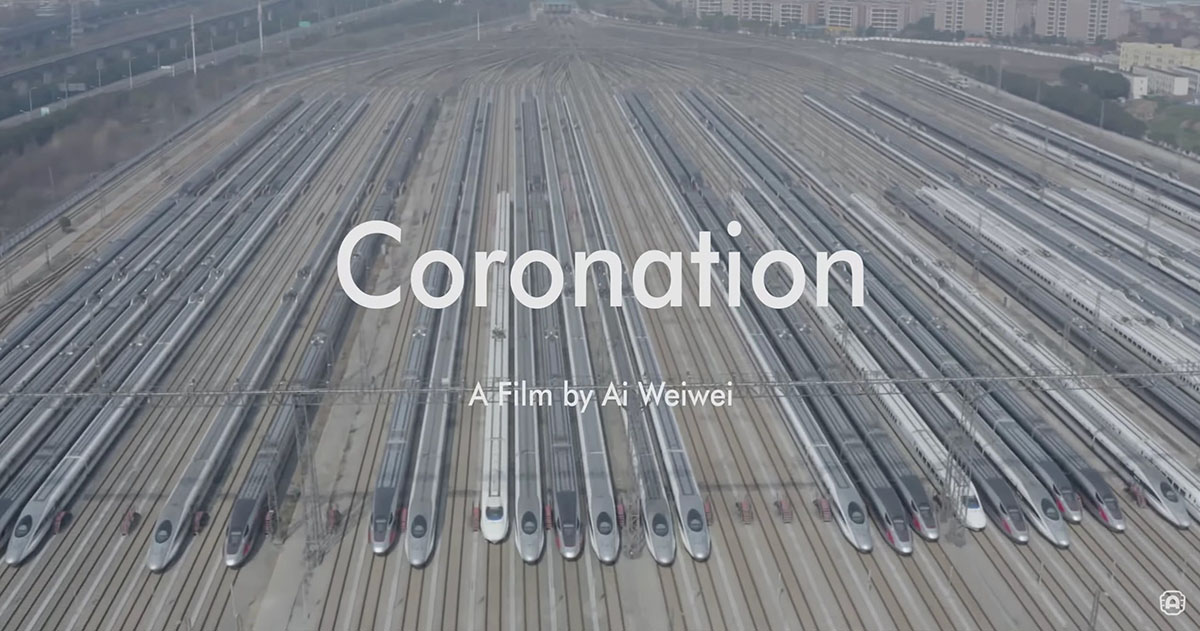 Chinese contemporary artist and activist Ai Weiwei has released a new featured-lenght documentary on the Covid-19 depicting the lockdown crisis in Wuhan which was the epicenter of the outbreak in December 2019.

The film, entitled Coronation, was remotely directed and produced remotely from Europe by the artist, while the film was done by ordinary citizens living in Wuhan when they were placed in lockdown.

One-minute trailer gives a quick glimpse of the tragic situation to the outbreak starting from how the city looks like under the lockdown, the Chinese authorities' efforts that remain unknown behind the scenes and the efforts of medical workers during the outbreak.

"Coronation" examines the political specter of Chinese state control from the first to the last day of the Wuhan lockdown. The film records the state’s brutally efficient, militarized response to control the virus," said a statement in Ai Weiwei's website.

"Sprawling emergency field hospitals were erected in a matter of days, 40,000 medical workers were bused in from all over China, and the city’s residents were sealed into their homes." 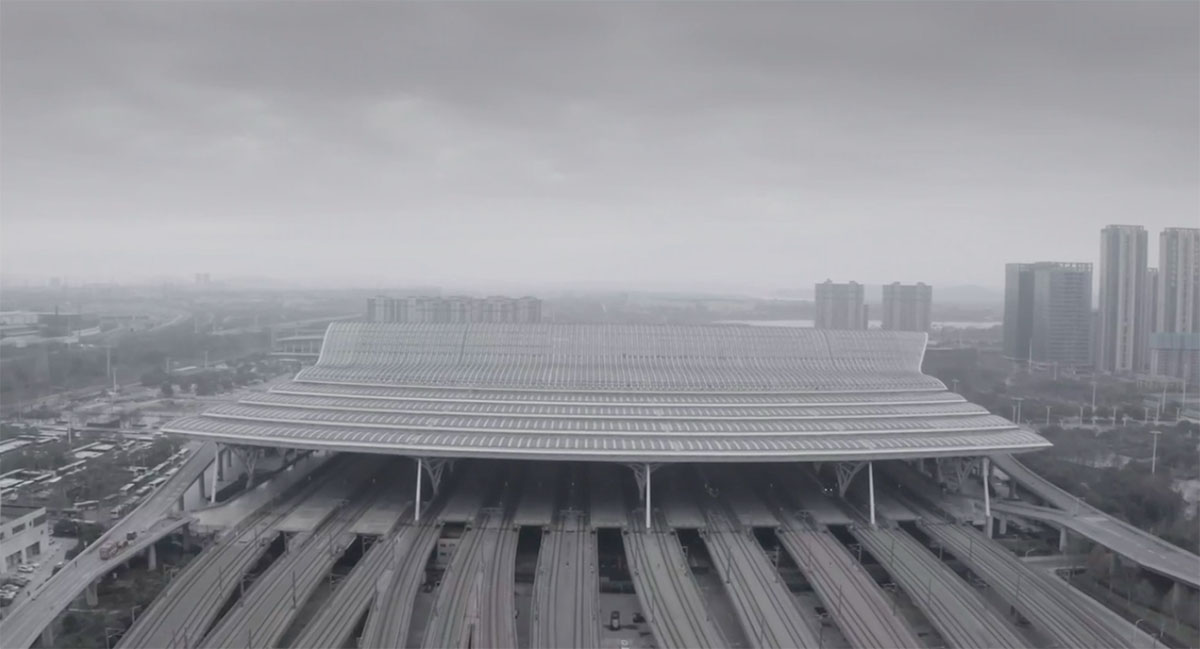 The film takes viewers into the heart of these temporary hospitals and ICU wards, showing the entire process of diagnosis and treatment.

"Patients and their families are interviewed, reflecting their thinking about the pandemic and expressing anger and confusion over the state’s callous restriction of their liberties," added a statement.

"The film also takes us into the private lives of individuals living under the lockdown: a couple attempt to return to their home in Wuhan, a courier delivers essentials to residents barred from leaving their community, an emergency construction worker stuck in limbo is forced to live out of his car, a former party cadre and her son debate the function of the media and the party’s response to the outbreak, a grieving son navigates the bureaucracy of retrieving his father's ashes." 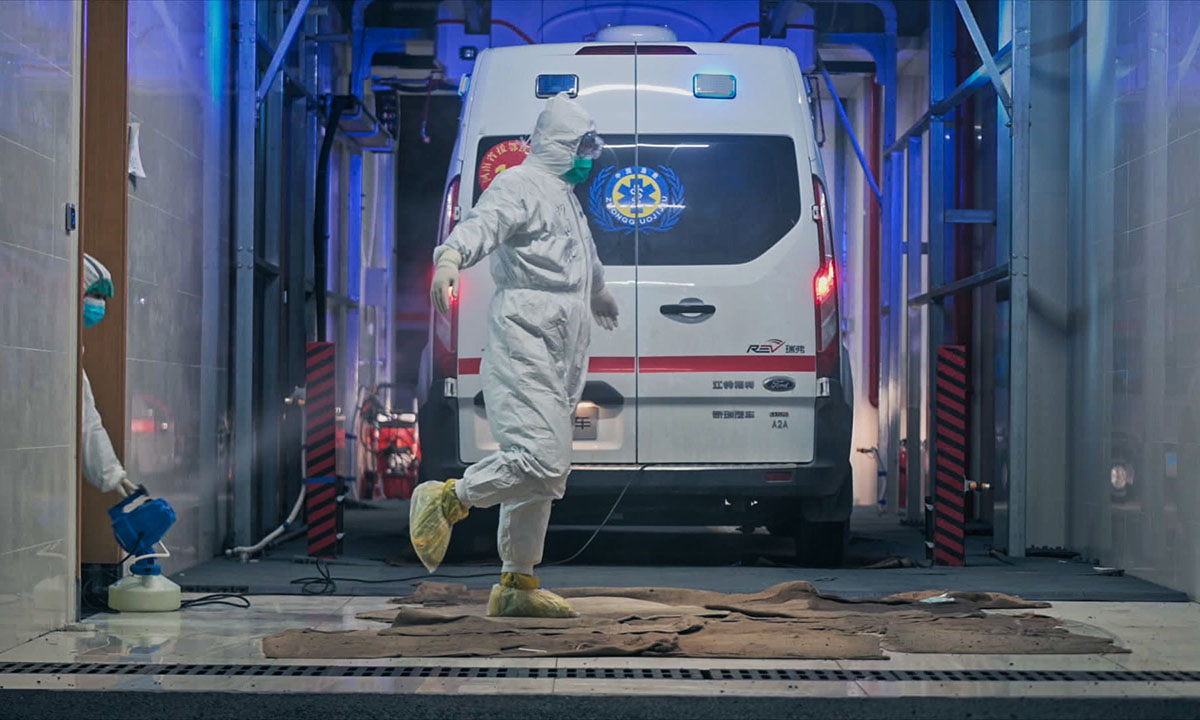 Ai Weiwei stated that "China has assumed the status of superpower on the global stage, yet it remains poorly understood by other nations."

"Through the lens of the pandemic, “Coronation” clearly depicts the Chinese crisis management and social control machine—through surveillance, ideological brainwashing, and brute determination to control every aspect of society."

"The film shows the changes that took place in a city and in individual space under the impact of the virus; it illustrates the value of individual life in the political environment, reflecting on the difficulties we face as individuals and countries in the context of globalization." 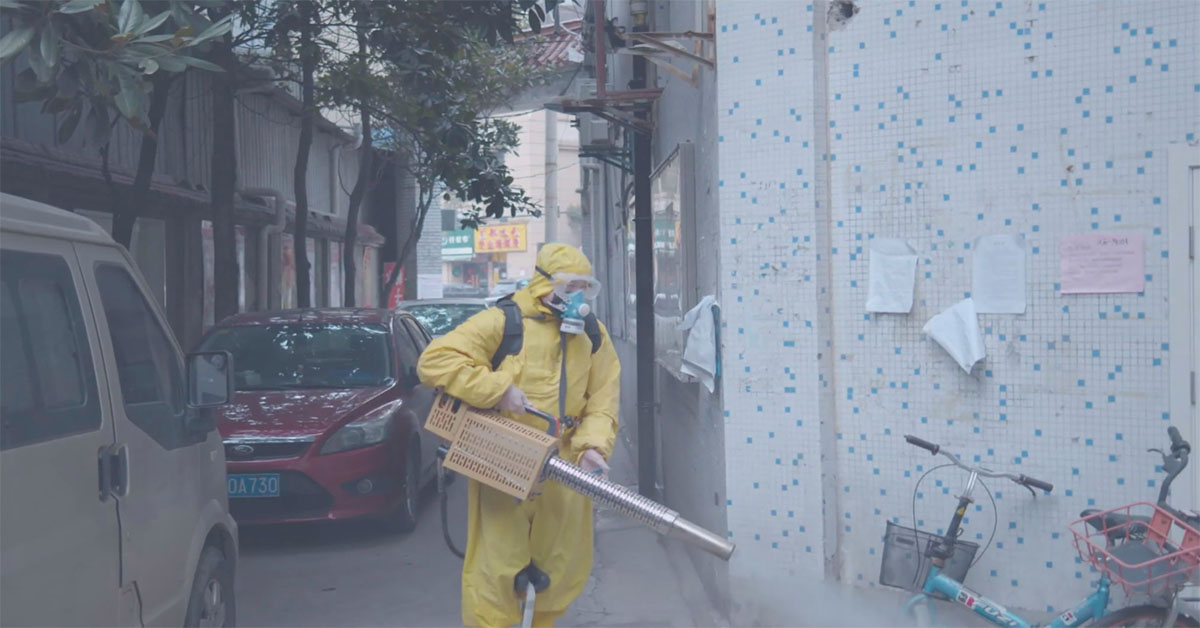 A worker cleaning the streets in the lockdown. Image video still

Taking into consideration of the transparency of information flow between the state and the citizens when the virus is first identified in Wuhan, Wei, as he always does, bring his critical point of view to the film over the secrecy of the first information once the state has had.

Weiwei points out that "On December 1, 2019, the first patient with Covid-19 symptoms was identified in Wuhan. Chinese officials repeatedly denied that human-to-human transmission was possible, concealed the number of diagnosed patients, and punished medical staff for disclosing information about the epidemic." 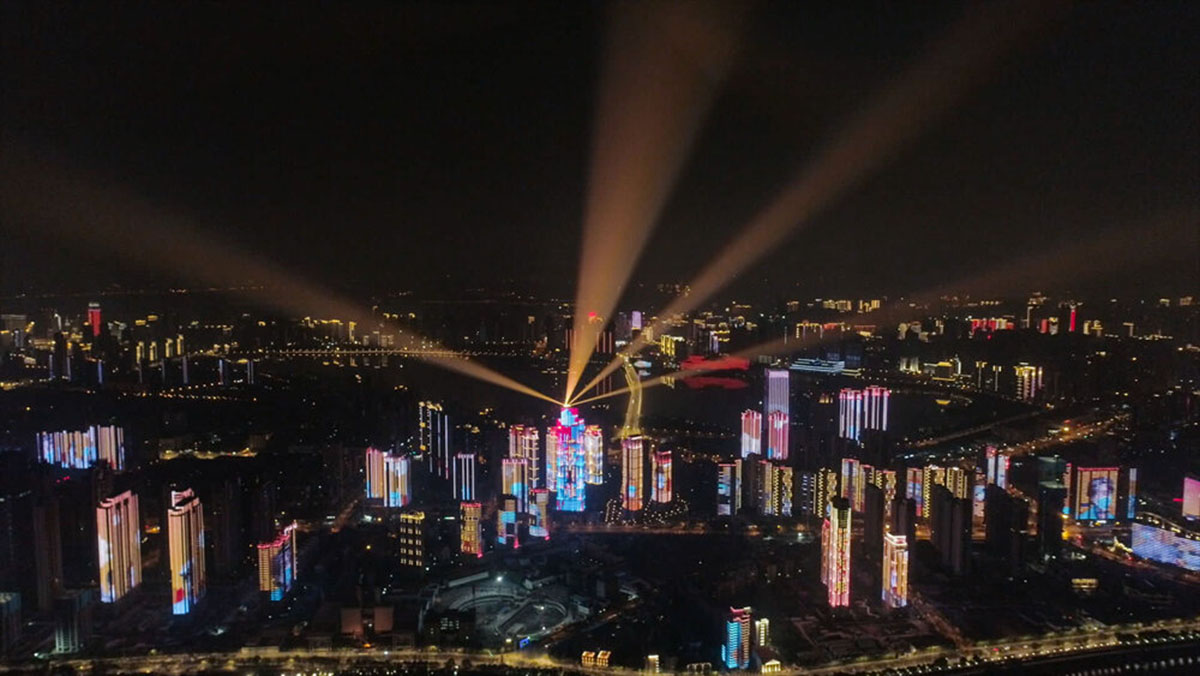 "Ultimately, the result is a society lacking trust, transparency, and respect for humanity."

"Despite the impressive scale and speed of the Wuhan lockdown, we face a more existential question: can civilization survive without humanity? Can nations rely on one another without transparency or trust?."

Weiwei is best-known for his critiques of the Chinese government and his art works and statements have widely drawn attention to government corruption and human rights violations.

Ai Weiwei was arrested in April 2011 and he received travel ban from his native country China. He couldn't leave China until 2015.

"Coronation" documentary is ready to rent or purchase on this page.