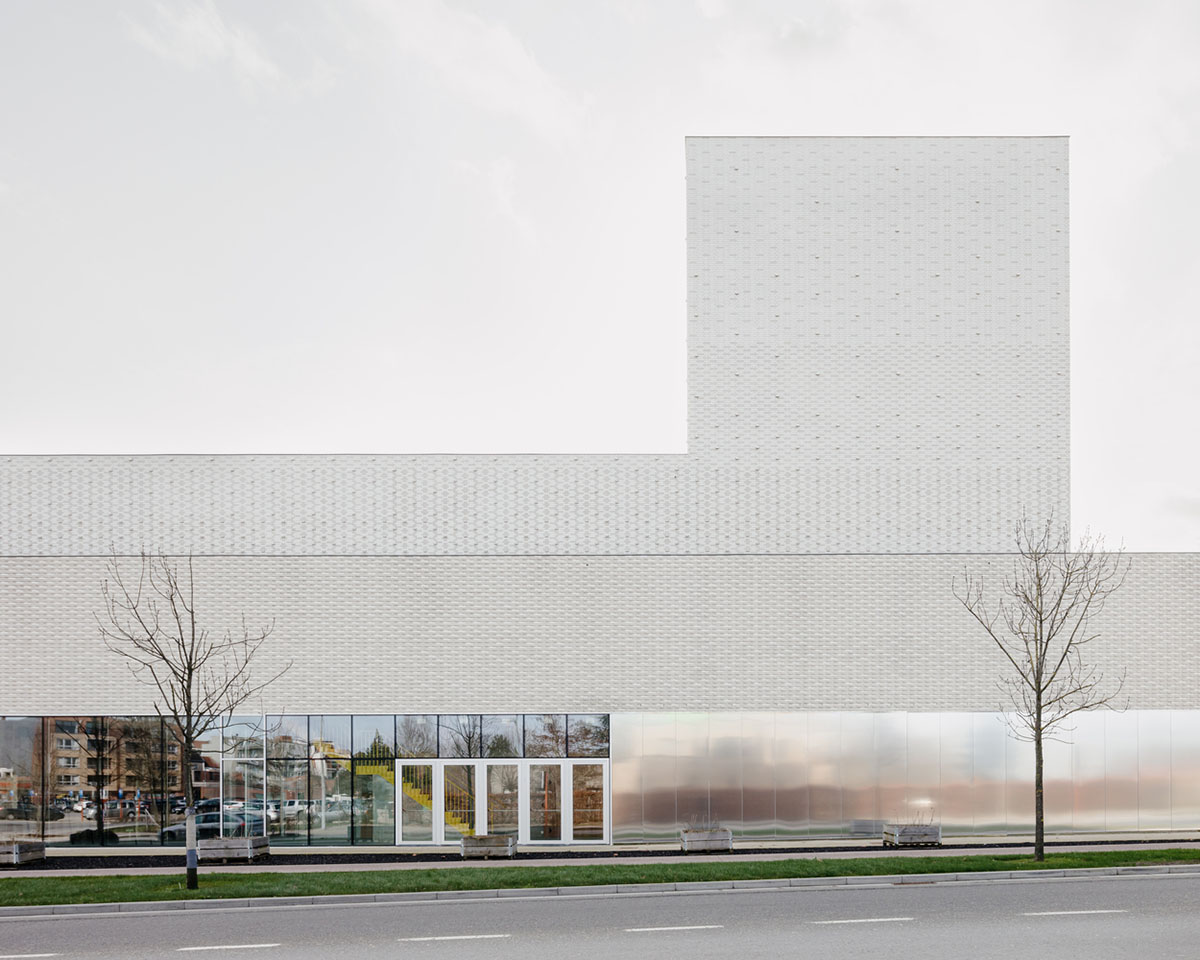 Ghent-based architecture firm TRANS architectuur I stedenbouw and Bruxelles-based studio V+ have completed a theatre that features different textures on its facade in Deinze, Belgium.

Named Leietheater Deinze Theatre, the 3,500-square-metre building is composed of a stack of white-colored volumes that propose various material palette in a special pattern.

The Leietheater "takes a step aside". The building plays a key role in defining the public space and making the heritage of Deinze visible again. 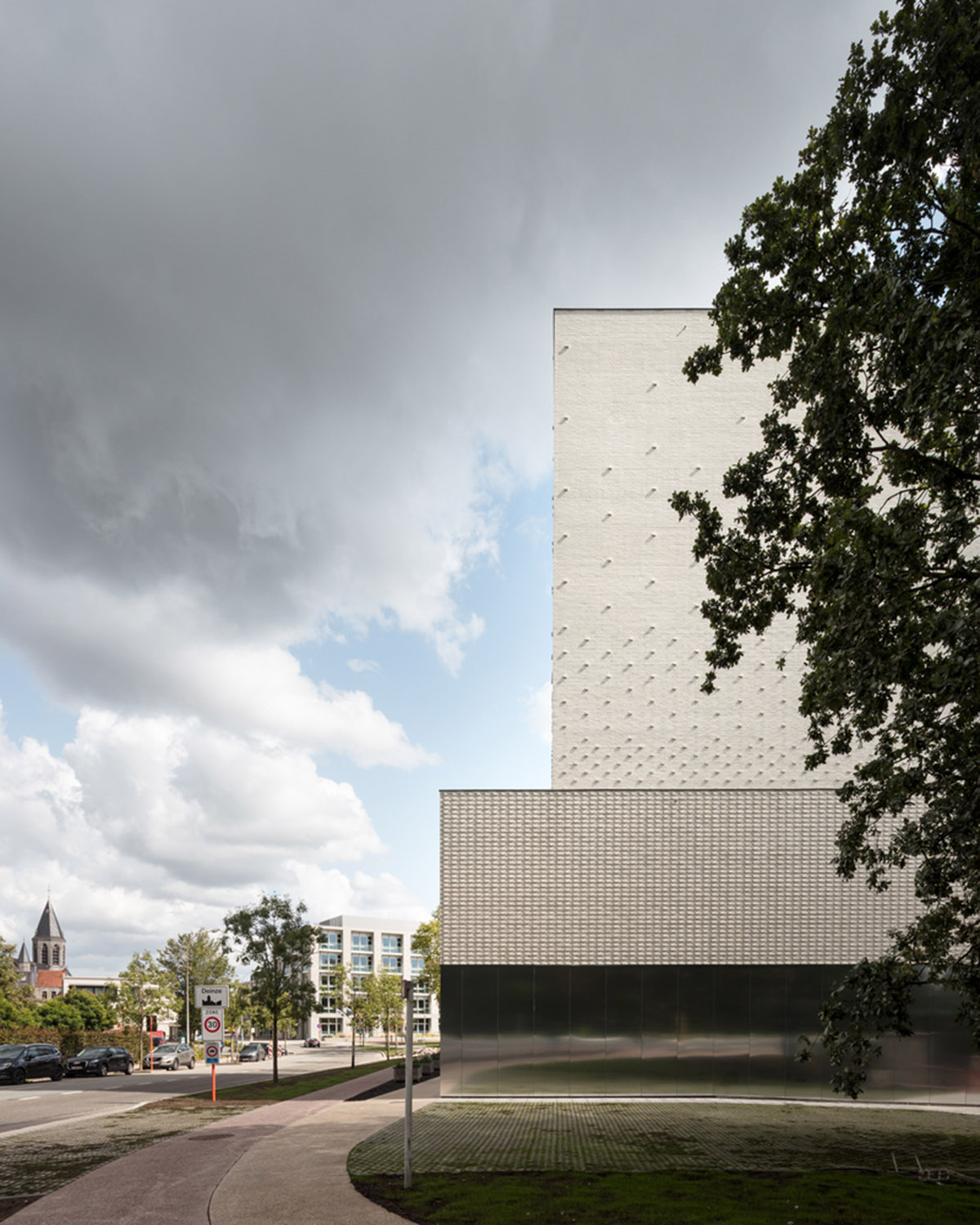 TRANS V+ proposed an alternative site to the client during the competition phase. This move creates a large park that extends as far as the River Leie.

In addition, the theatre was placed on important sight axes and was thus made present in the city. The Museum van Deinze en de Leiestreek, which had drifted into the open space of the old Leiearm, is framed and is once again the cultural heart of Deinze. 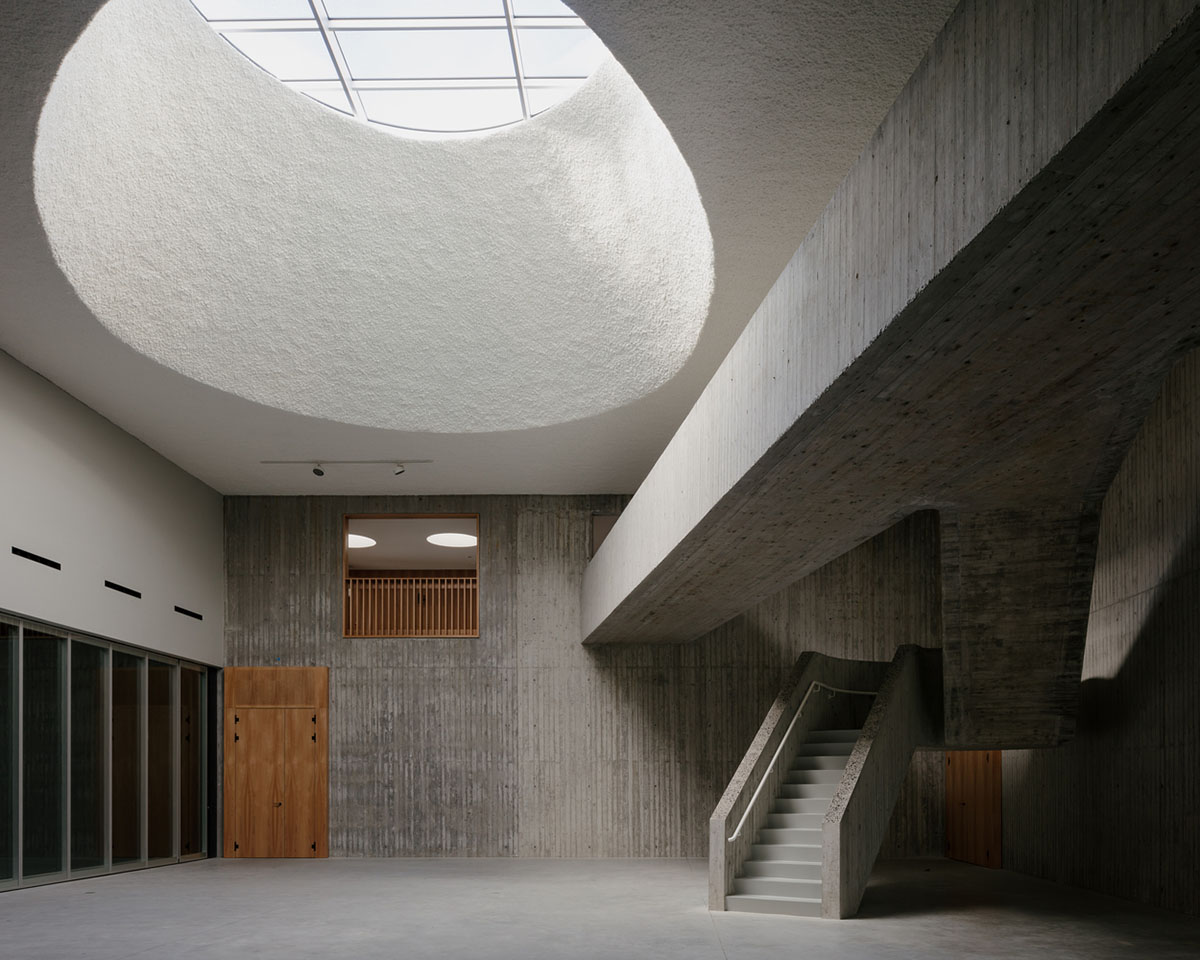 The park was designed by Marie-Josée van Hee architecten and connects the theatre along the Administrative Centre, designed by Tony Fretton Architects, with the centre square on the Leiebocht. 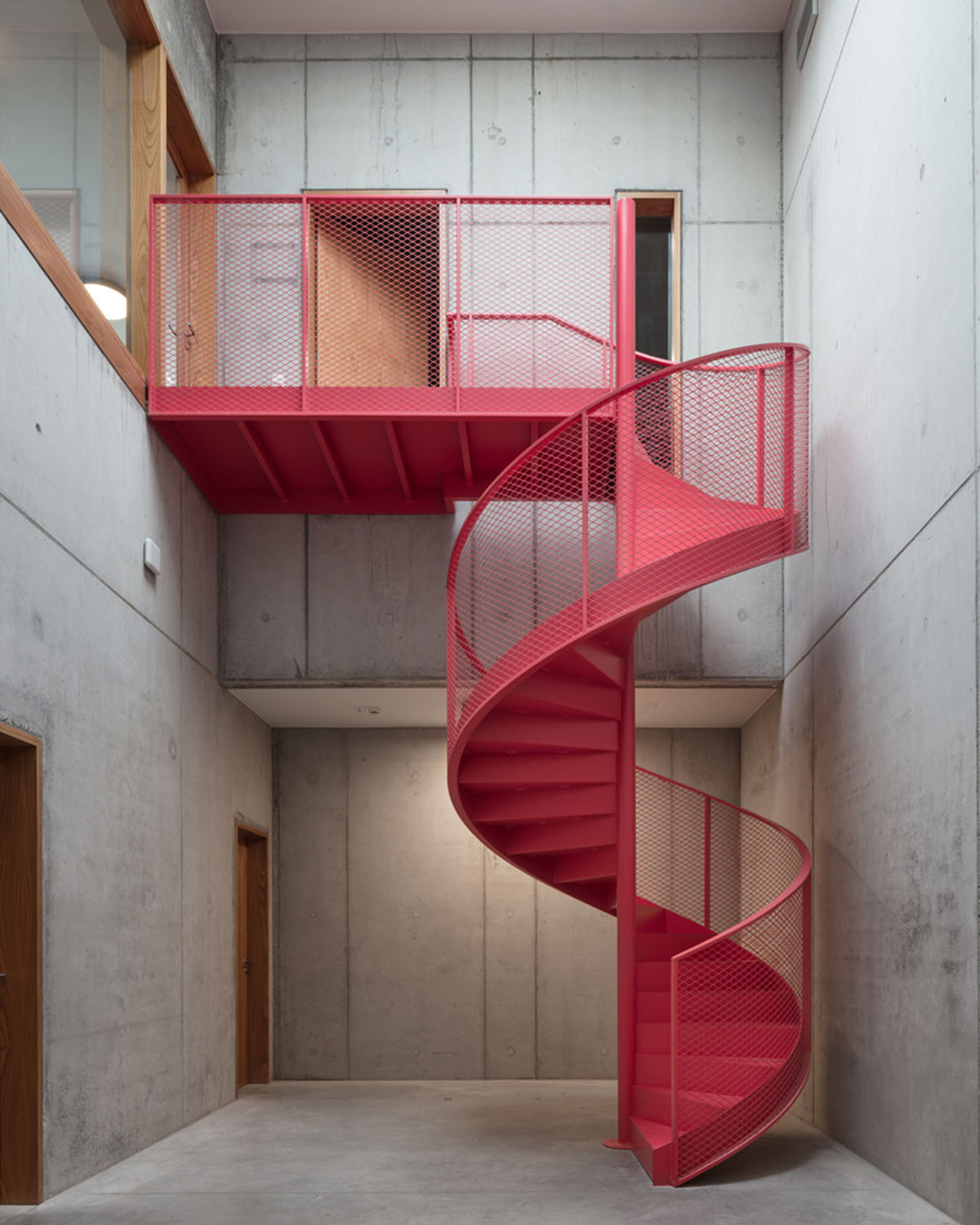 This is also where the Stedelijke Academie appears, a place where young talent is trained and possibly finds their way back to the stage in the Leietheater.

Designed as a square floor plan, the programme components of the theatre are arranged around a central foyer with a monumental skylight. The foyer can be expanded by sliding the partition wall with the multifunctional hall away. 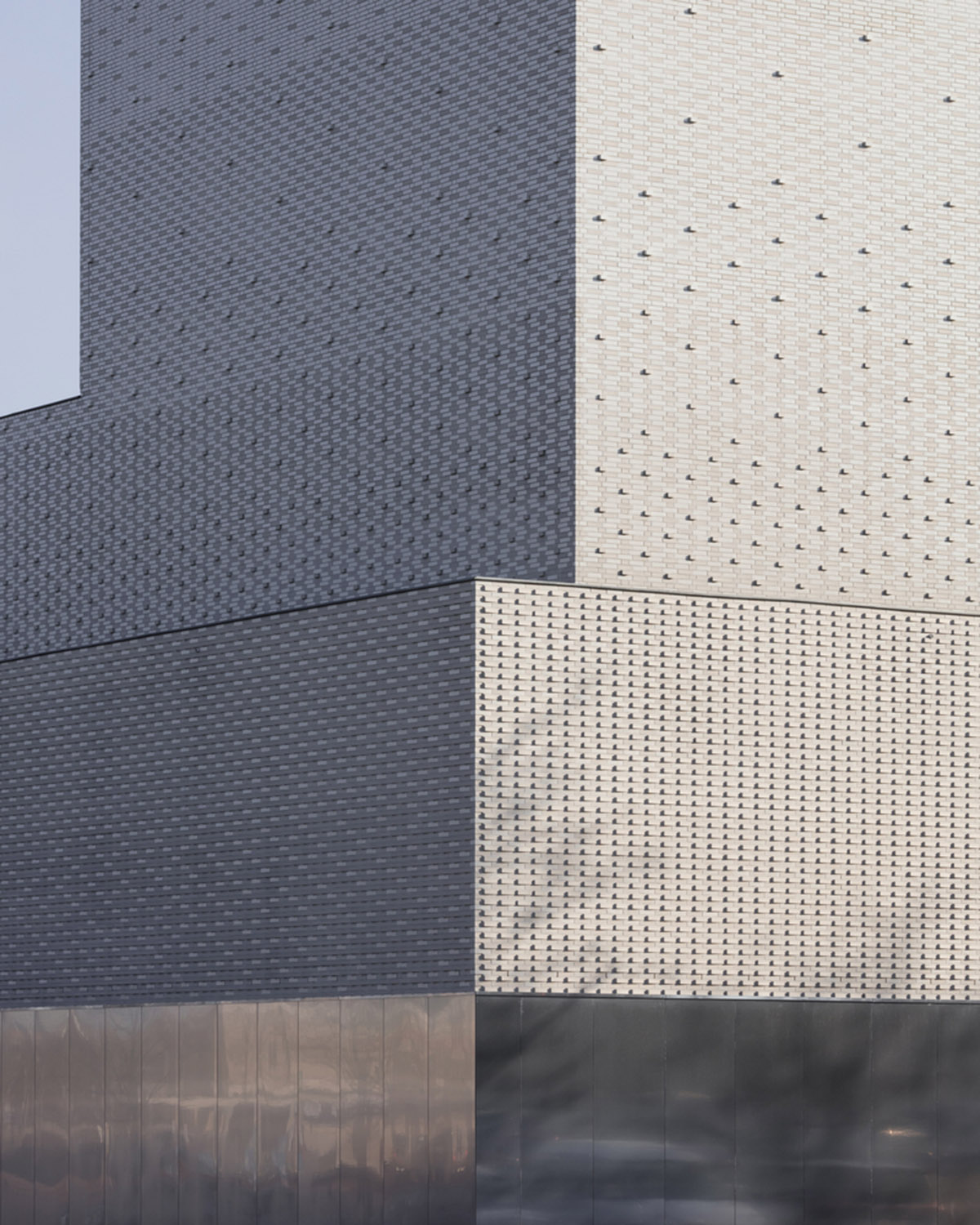 The museum is in the picture. With a café on the corner, the building activates the public domain in a place where otherwise, after the opening hours of the theatre, a pauze would arise in the urban dynamic. The large auditorium with its theatre tower gives the building a characteristic silhouette. The brick dress is made up of glazed and matt white stones in a pattern that is laid over the stack of volumes and, depending on the weather conditions, lights up softly or brightly. A silent gesture to Emiel Claus. 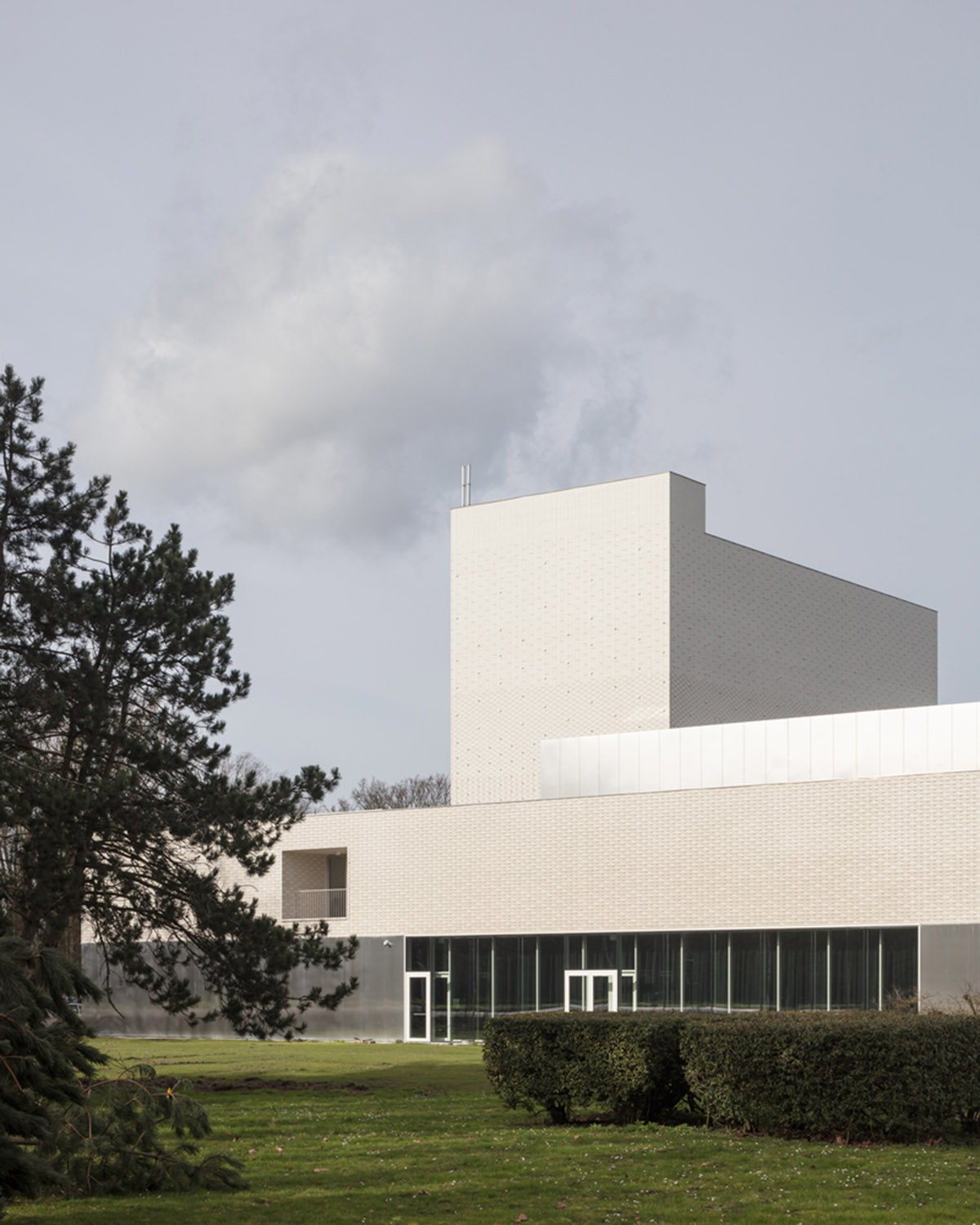 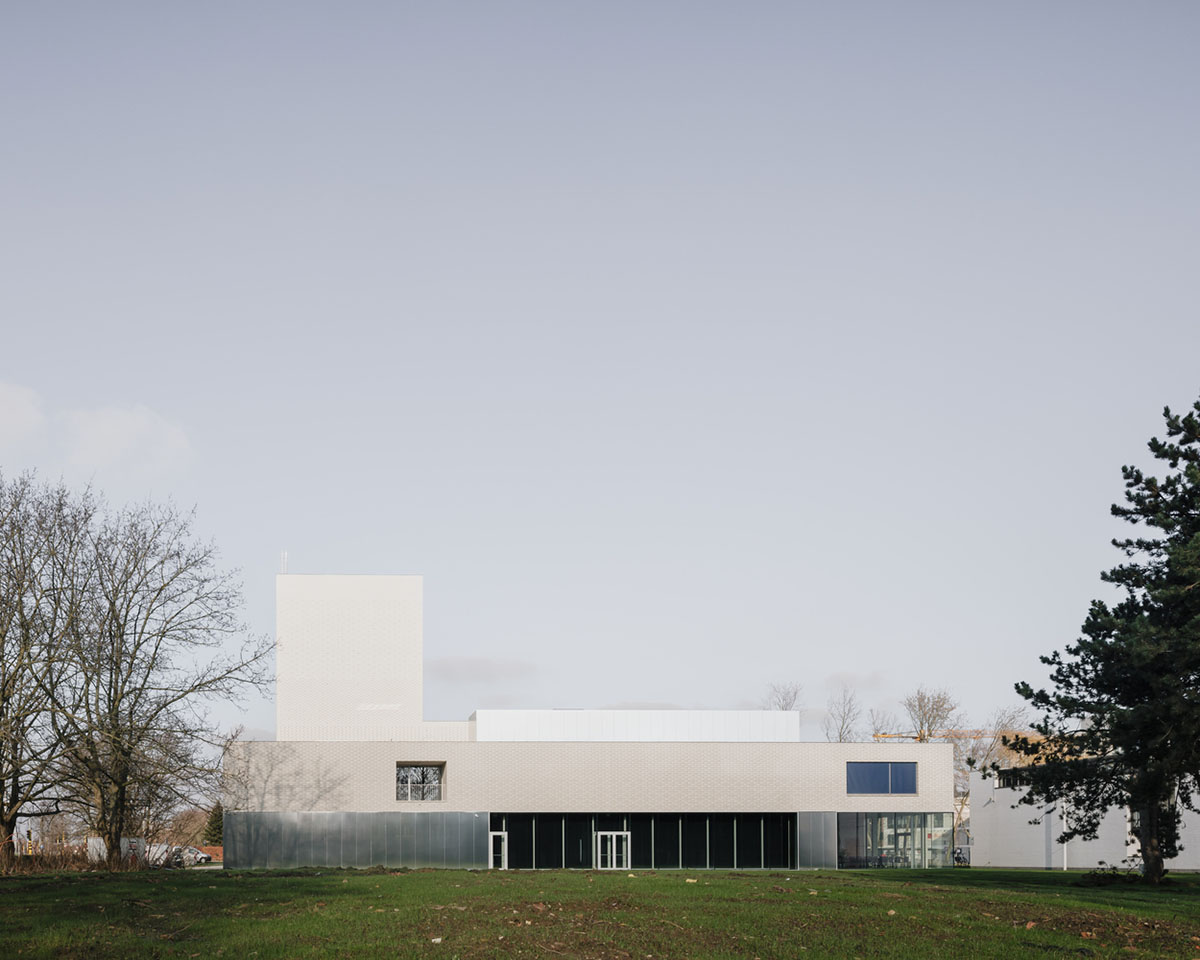 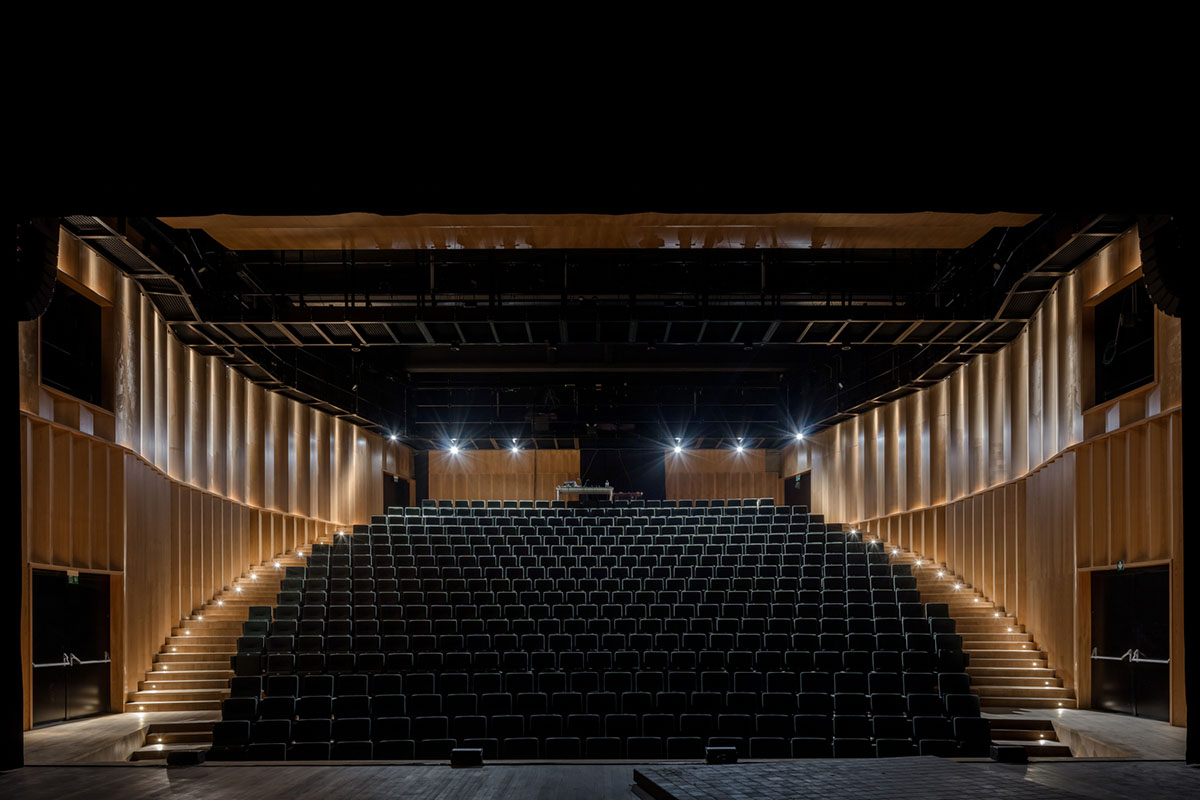 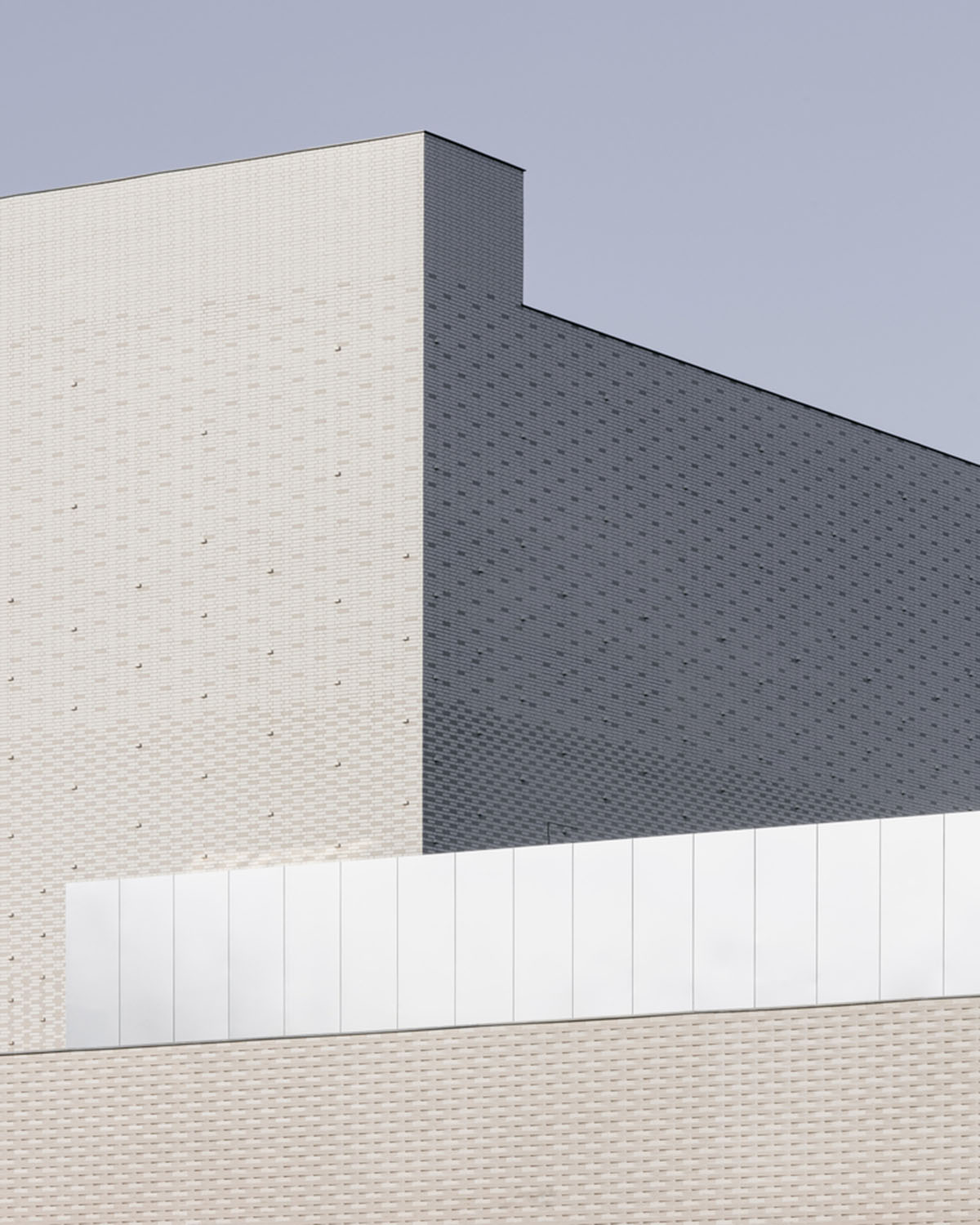 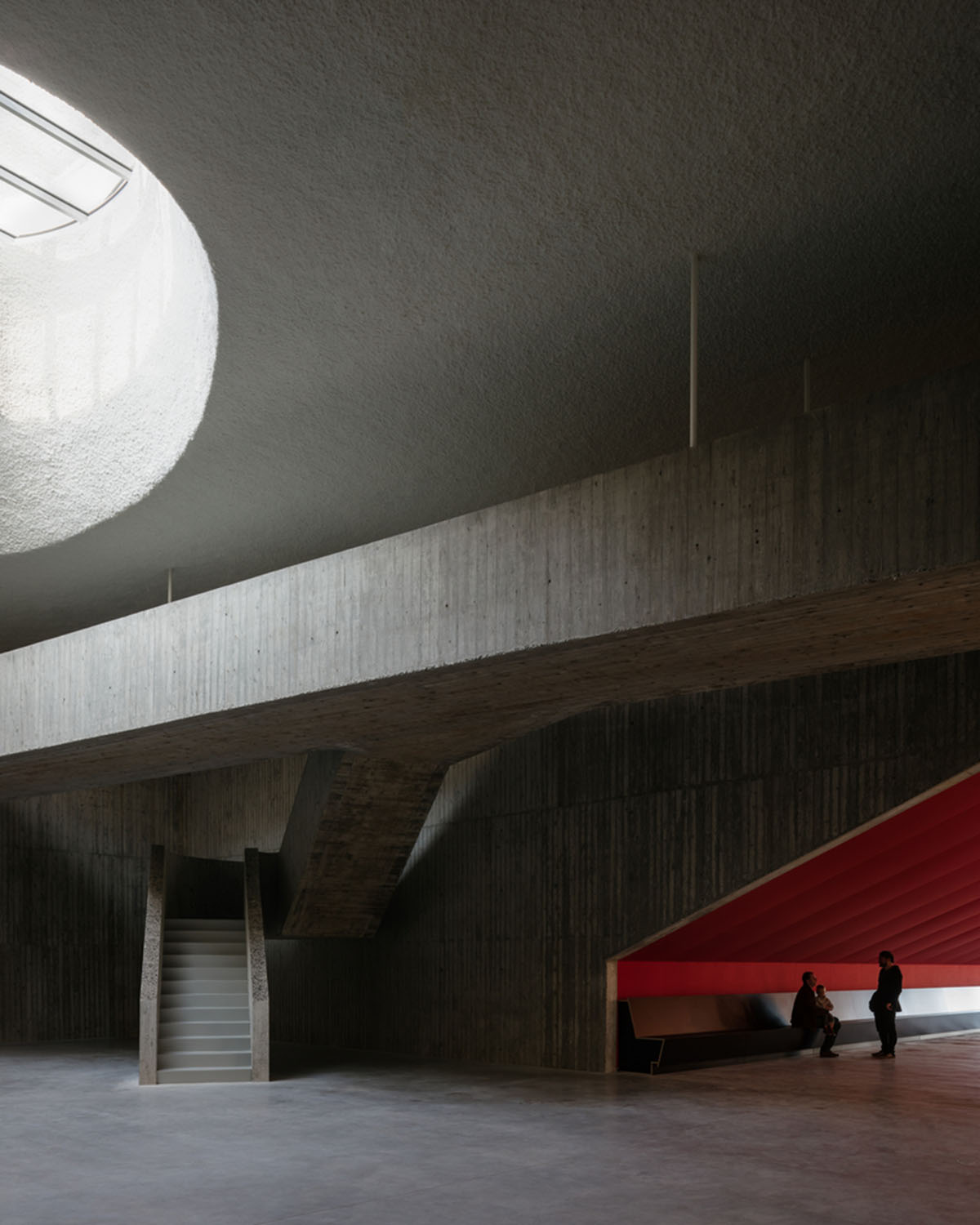 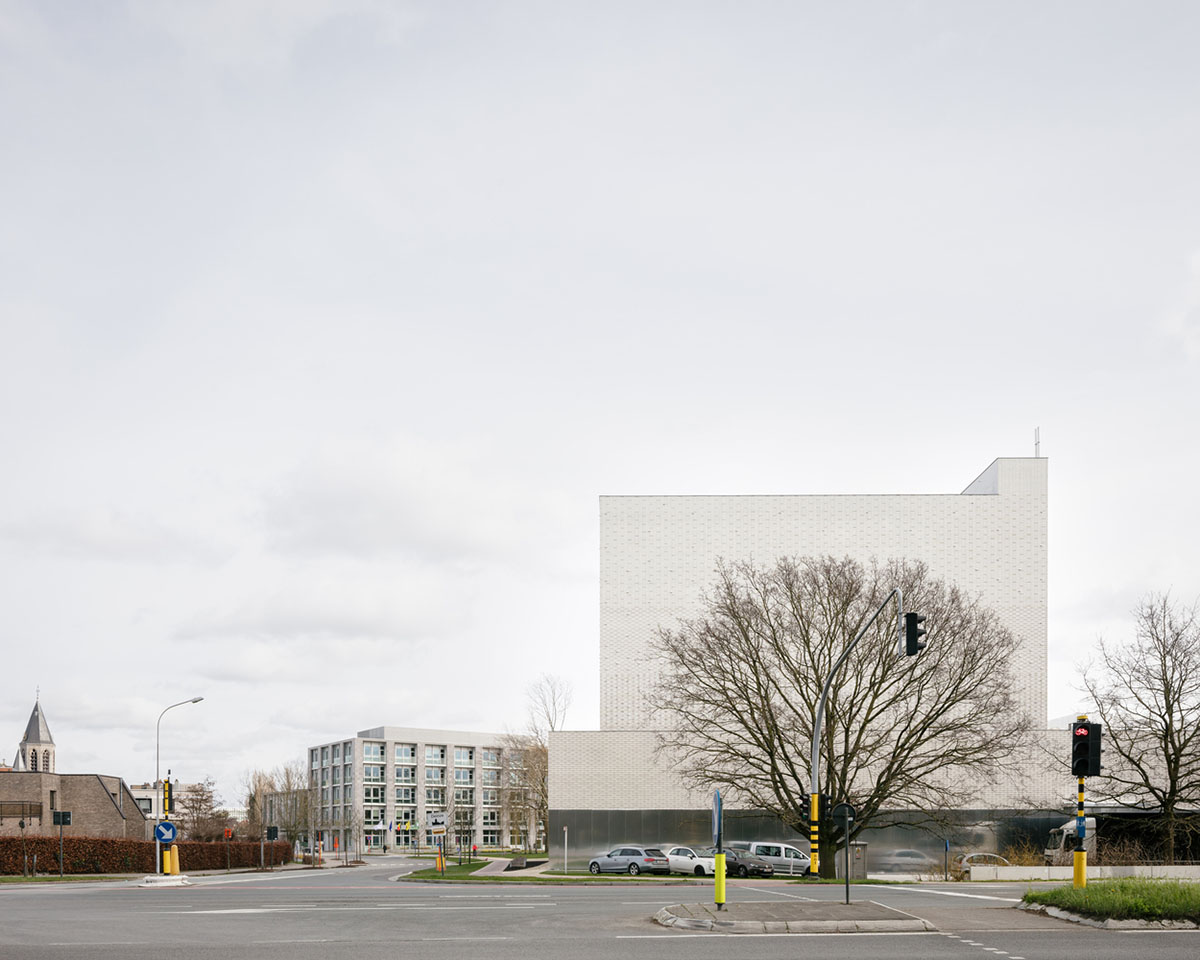 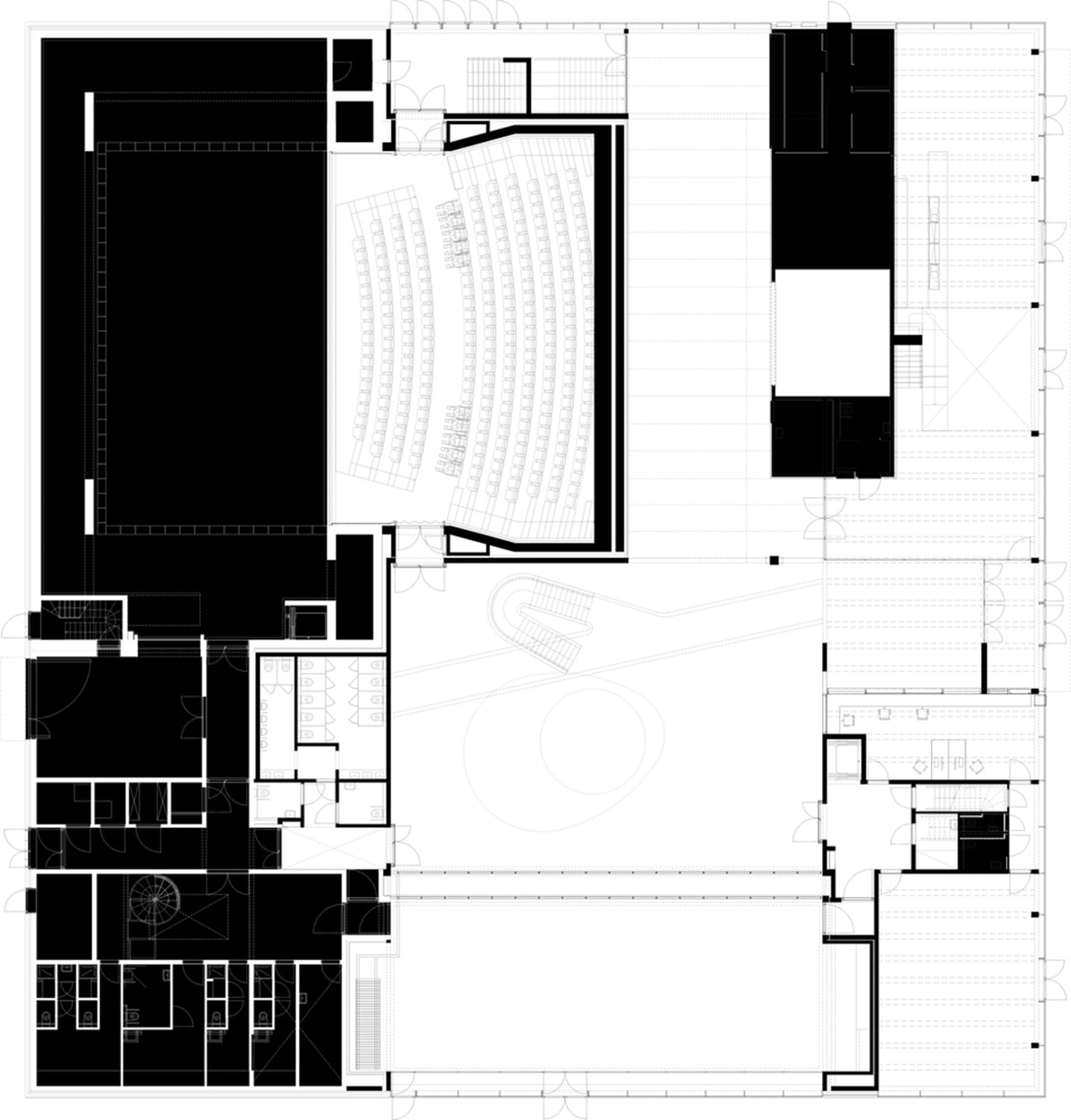 TRANS architectuur | stedenbouw is a Ghent based practice established in 2011 by Bram Aerts and Carolien Pasmans. The team is composed of a group of talented and highly motivated architects and urban planners and produces different types of projects.

V+ was founded in the context of a research for a contra-proposition to re-value the Junction between the South and North Stations of Brussels (1998-1999).

> via TRANS architectuur I stedenbouw and V+