A new guest cabin, covered by tent, has been refurbished by designer Caline Williams-Wynn in Tanzania’s eastern Serengeti. The small cabin, known as Namiri Plains, is also a conservation initiative, protecting an area crucial to cheetah and other big cats.

The cabin was rebuilt as part of Asilia Africa’s Sayari Camp where the camp includes 15 spacious tents (including a family tent sleeping up to two adults and three children) - all have views of the rolling plains ahead.

The small holiday lodge was built from stone walls and wooden roof which entirely provides a rustic look, with its large tent. The cabin consists of one bedroom and bathroom with a small deck. Your bathtub is situated on the deck to feel wilderness outside. 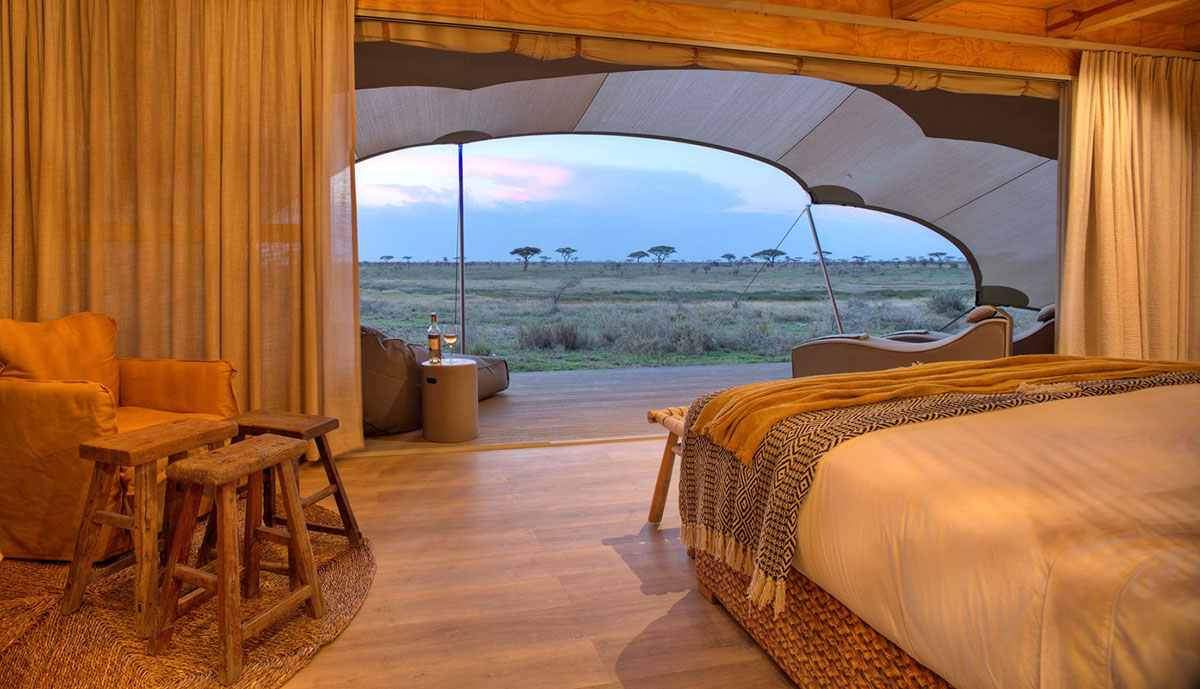 The newly-reimagined property opened just in time for the annual wildebeest crossings of the Mara River. Sayari has the enviable location of being the closest property to the Mara River this season, meaning Sayari guests always have a front row seat for the drama of a crossing.

Throughout the challenge of the Covid-19 pandemic and related international travel bans, Asilia kept a circuit of camps has been opened as a testament to their commitment to their employees, local community partners and conservation efforts.

Sayari’s reopening compliments the award-winning Highlands in Ngorongoro and the newly redesigned Namiri Plains in the eastern Serengeti to create an itinerary of stylish properties with a light footprint in the very best locations.

Asilia is known for pioneering safaris to remote locations where they can have the maximum positive impact and Sayari is no exception. The camp began life as a traditional mobile camp, moving north to south through the Serengeti, following the journey of the Great Migration.

In 2009, Sayari became the first permanent camp to put down roots in the northern Serengeti, an area plagued by bush meat poaching. With no other means of livelihood for the surrounding communities, hunting the abundant wildlife was common practice.

The arrival of the camp secured the long-term conservation of this region and created employment opportunities for many in the communities on the park’s boundary. Many of the camp’s original team were former poachers.

15 years on Sayari has played a pivotal role in creating a conservation economy in the northern Serengeti. The camp is entirely Tanzanian run and of the 55 staff 80 percent are from local communities. 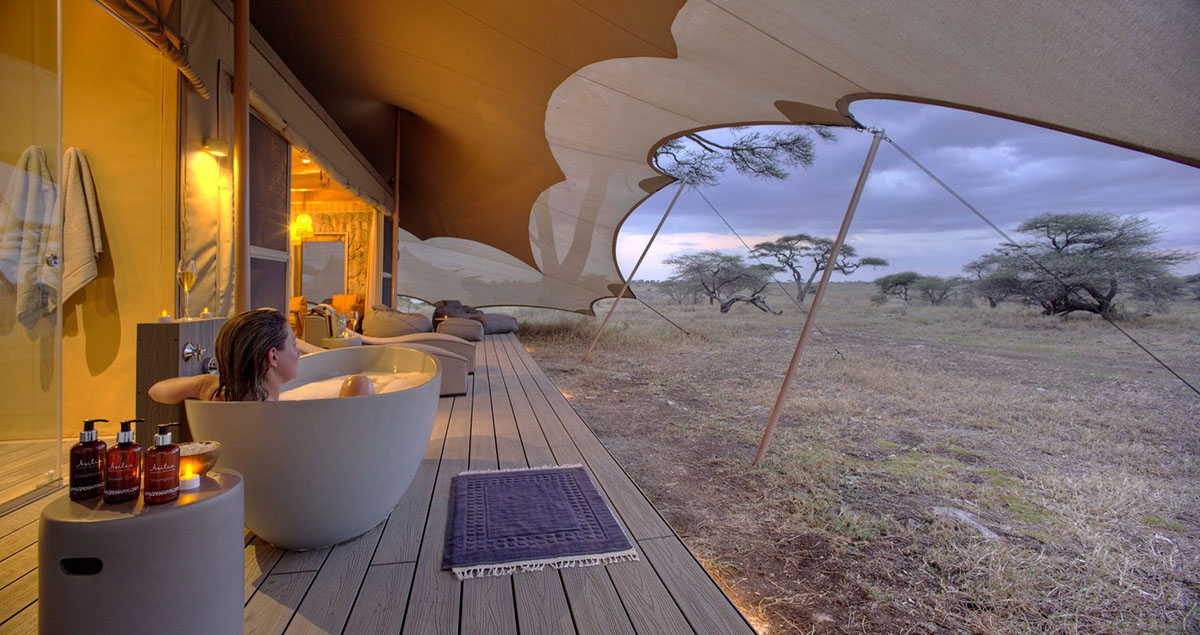 "Sayari and Asilia pioneered the tourism driven conservation of this magical region back in mid-2000’s. Through our heavy investment we are committed and determined to do so again. The recovery of this region is critical for the country, the region and all those who benefit from that," said Gordie Owles, Commercial Director. 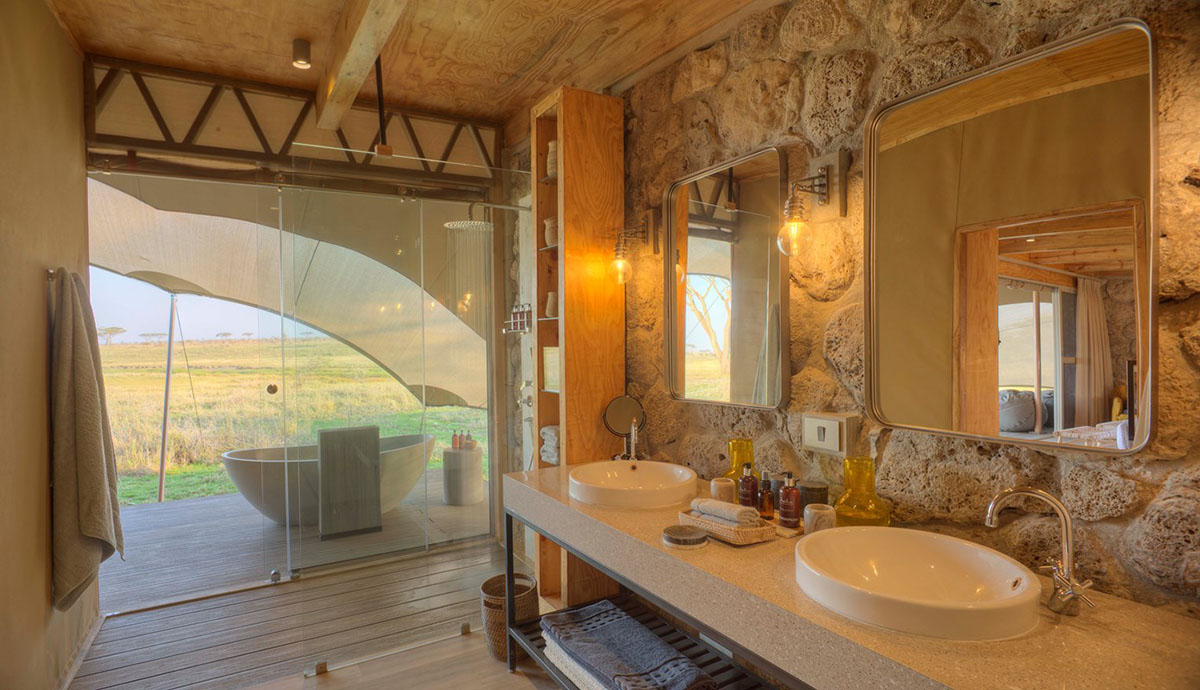 The camp’s bold new look was conceptualised by designer Caline Williams-Wynn. Caline is a long-time collaborator with Asilia and is the creative mastermind behind Asilia’s award-winning Highlands in Ngorongoro, Jabali Ridge in Ruaha National Park and the recently refurbished Namiri Plains in the eastern Serengeti. 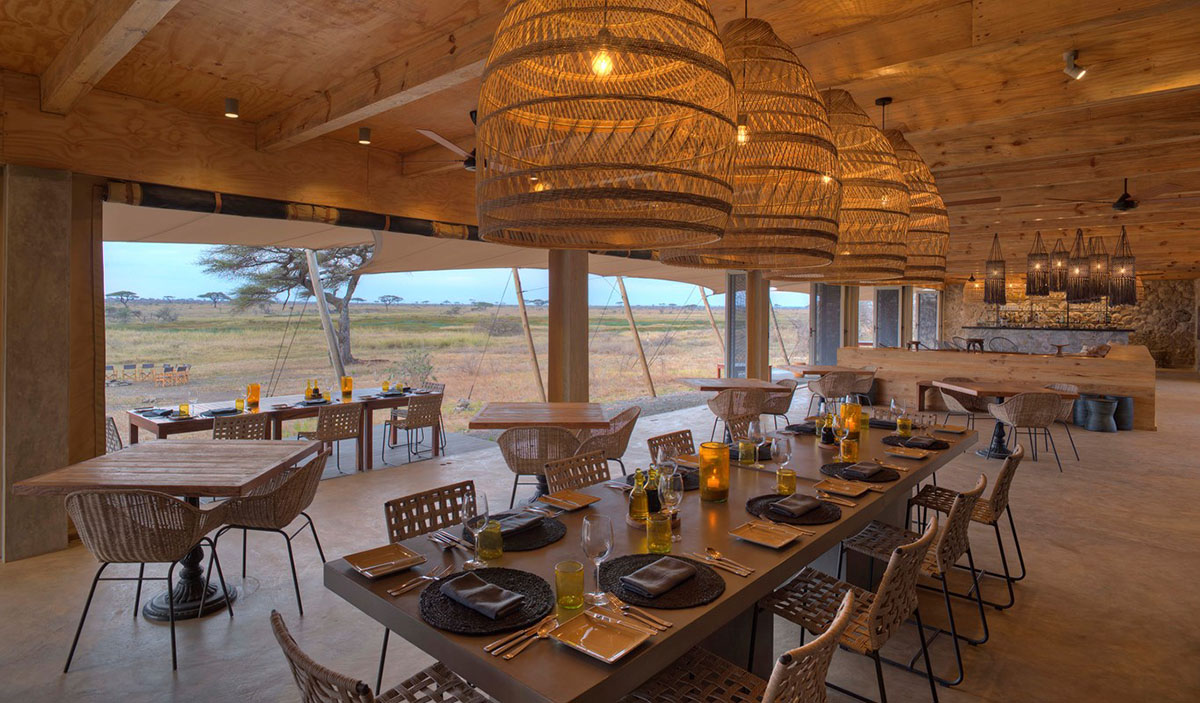 Sayari takes its inspiration from the colourful culture of the Kuria people who call the northern Serengeti home.

The spacious main area seamlessly blends inside and out, with sliding glass doors allowing for uninterrupted views of the rolling Serengeti plains. The Kuria are depicted in striking original artworks by South African photographic artist Graham Springer. 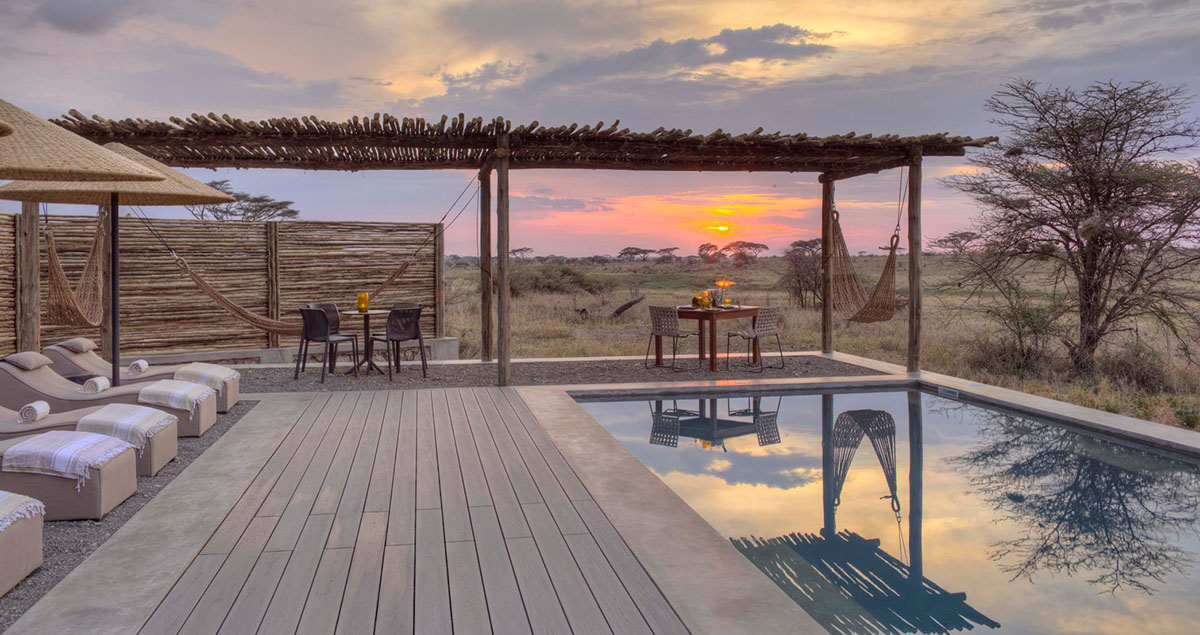 Rates at Sayari start at US$ 815 per person per night for the remainder of 2020.

Healthcare workers from around the world can benefit from additional savings as part of Asilia’s initiative to say thank you for their contribution in fighting Covid-19.

Asilia has been carbon neutral since 2009 and strives to develop practical ways to further reduce its footprint. The new Sayari continues that tradition by introducing the first solar powered microbrewery in the bush, in partnership with Wayout, a Scandinavian start-up revolutionising the brewery industry.

All images courtesy of Asilia Africa