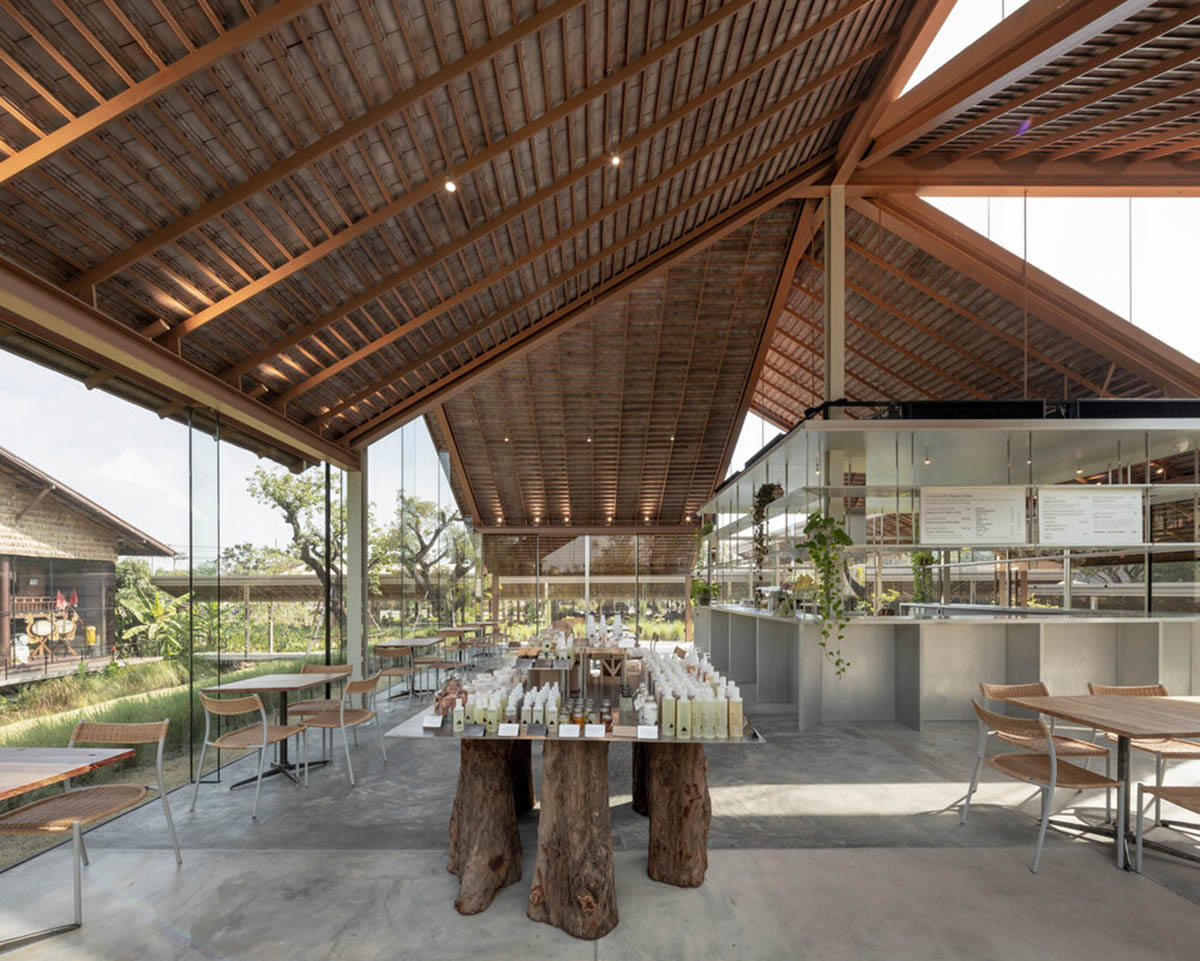 Called Patom Cafe, the 150-square-metre was realized as a new entrance and public ground project for Suan Sampran and Patom Organic Village.

The 20,000 square meters public ground consists of the newly constructed Patom Cafe and its covered walkways, the renovated warehouses for the new Patom Shop, Sookjai Market and Sookjai Academy. 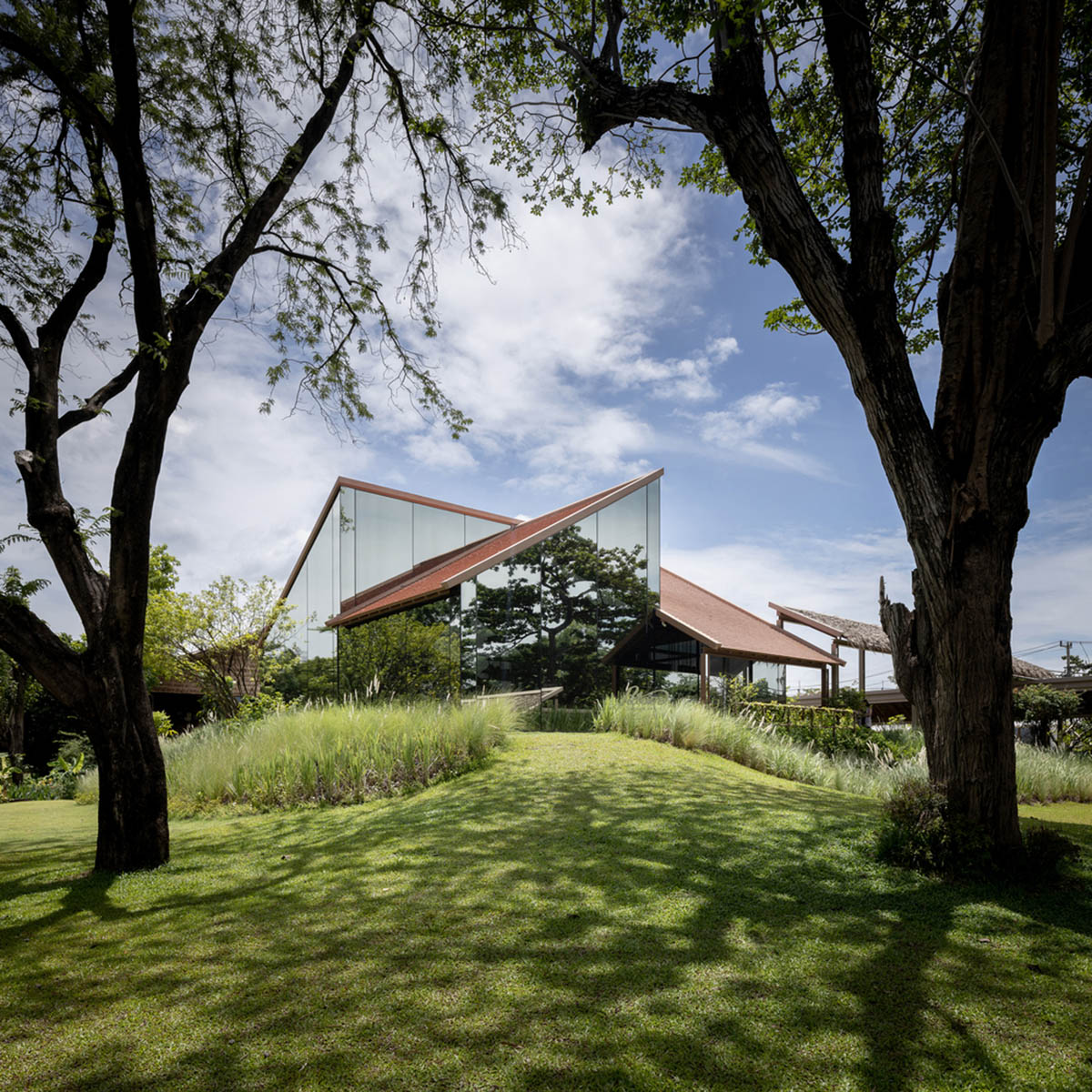 The Patom Cafe was realized as part of the renovation process over the existing buildings.

"After learning about the client’s plan to demolish the old amphitheater which was built partially on an existing hill next to two significant Tamarind and Trumpet trees, we proposed to place the new cafe there in its place," said NITAPROW.

On one side, the new building overlooks the preserved amphitheater’s wooden stage, while gaining an unparalleled view of the entire village from all the other sides. 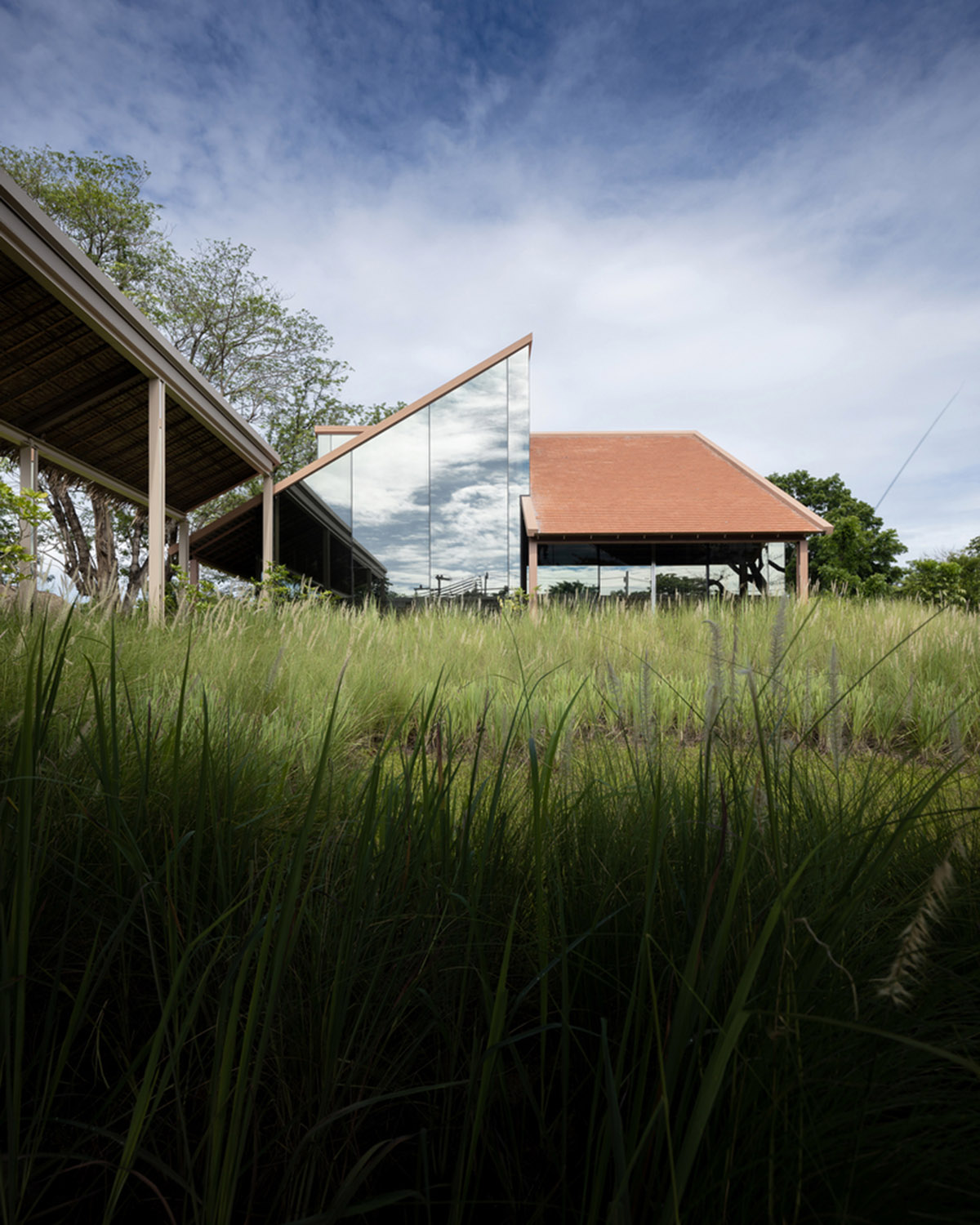 The service core was set back from the glass facade to allow for a continuous circulation loop. The roof slope was divided into four segments; its geometry conceptually pivots around the center column to follow the circulation flow at ground level while inviting natural light to illuminate the underside of its roof along all 4 axes. 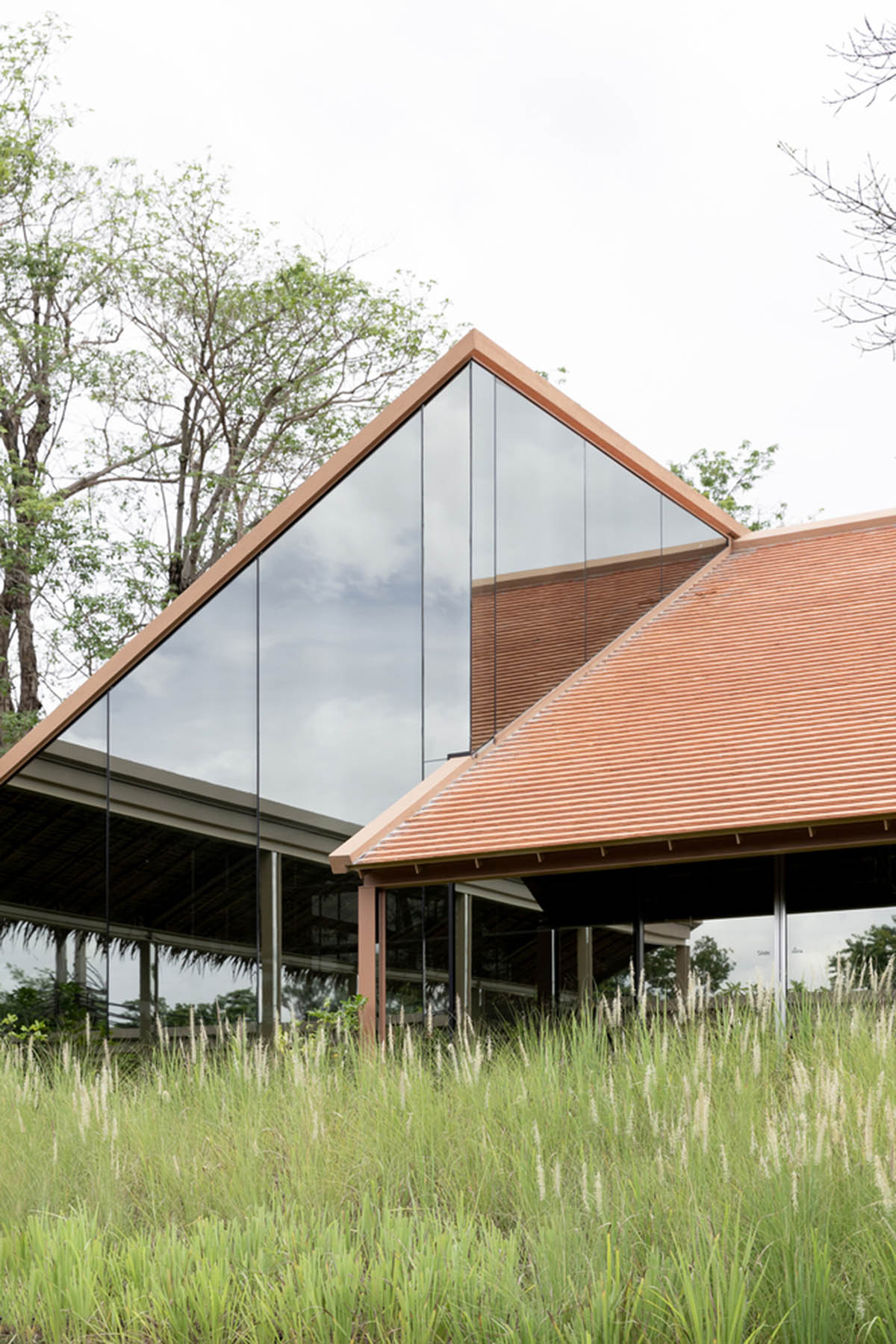 Terra-cotta tiles were selected as the roof material for its traditional values and its primitive yet intricate installation technique. All of the electrical equipment was designed to run entirely on solar energy provided for by solar roof panels installed at the front end of the property. 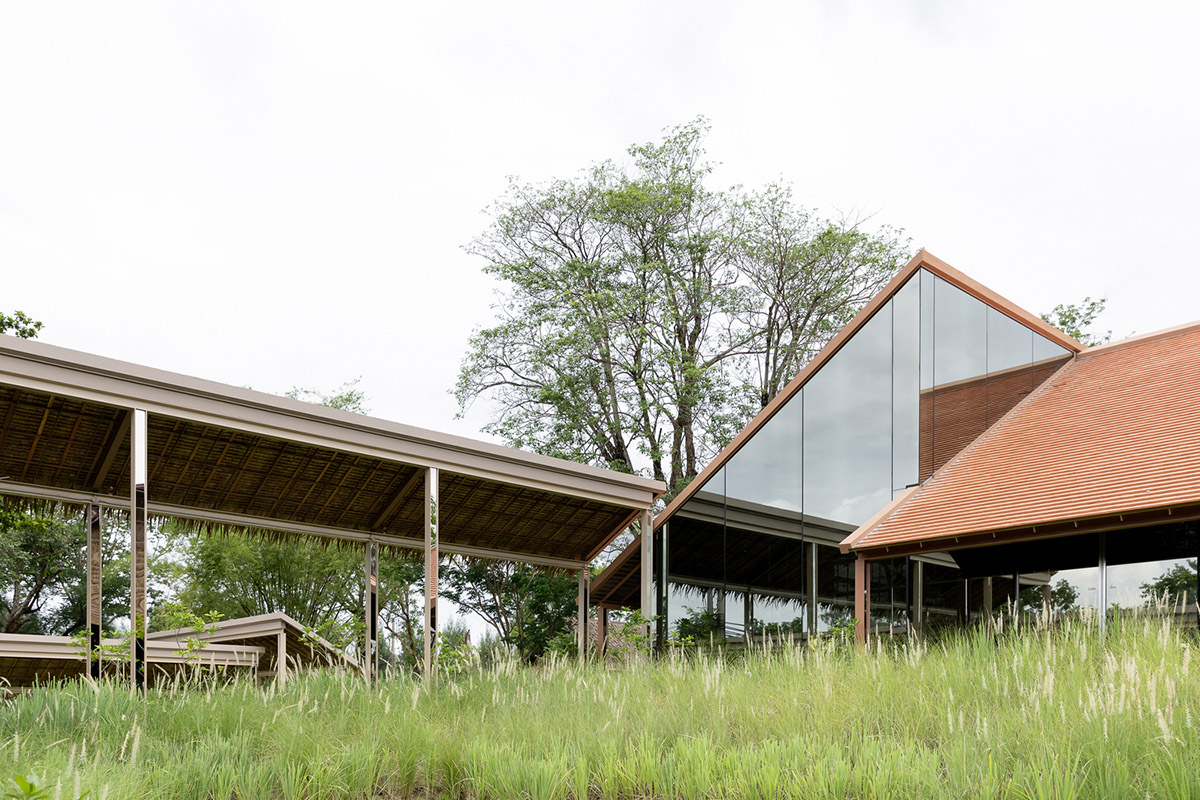 The film reflection reduces the solar heat gain while creating a curious yet bold and precise blend of the environment as the building welcomes the image of the natural surroundings, the complexity of the natural light and its ever-changing sky on to its small enclosure. 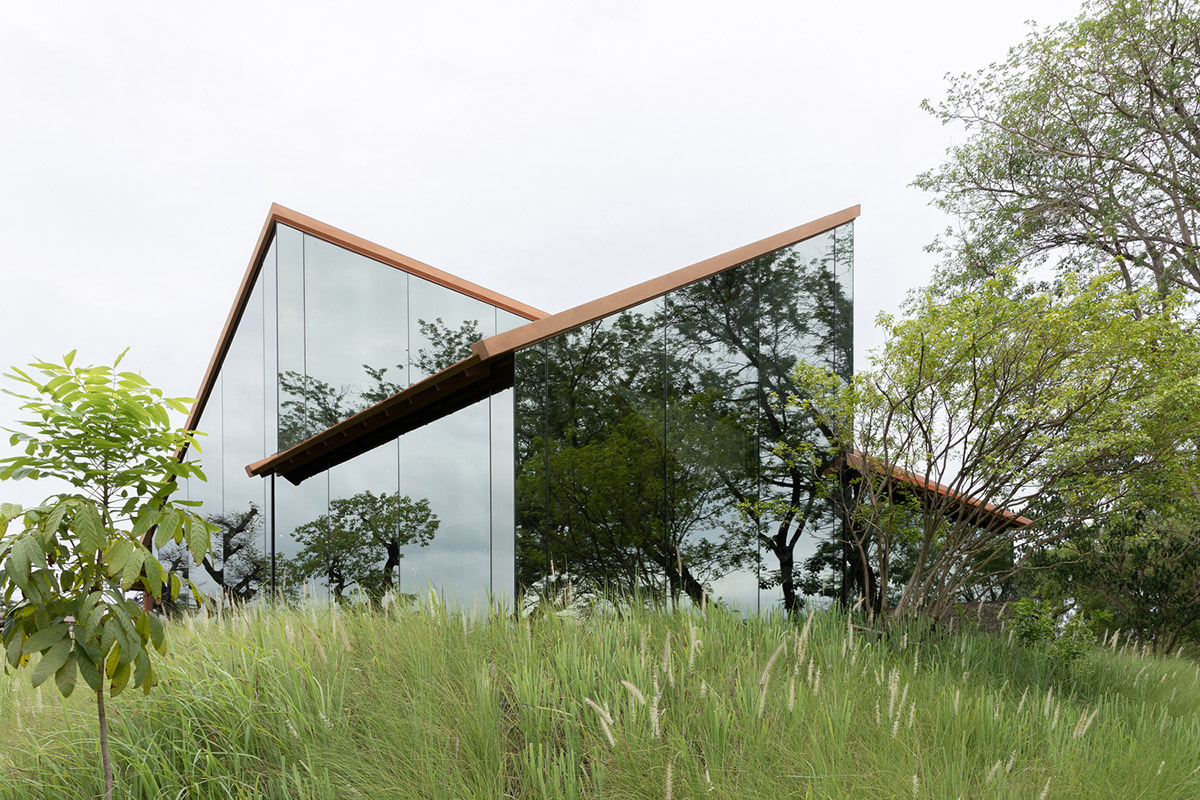 Both interior and exterior columns were cladded with reflective stainless-steel panels to reflect theirsurrounding and reach a certain degree of visual discretion and distinction. Plants and vines were designed to take over the thatched-roof walkway and the surrounding landscape. 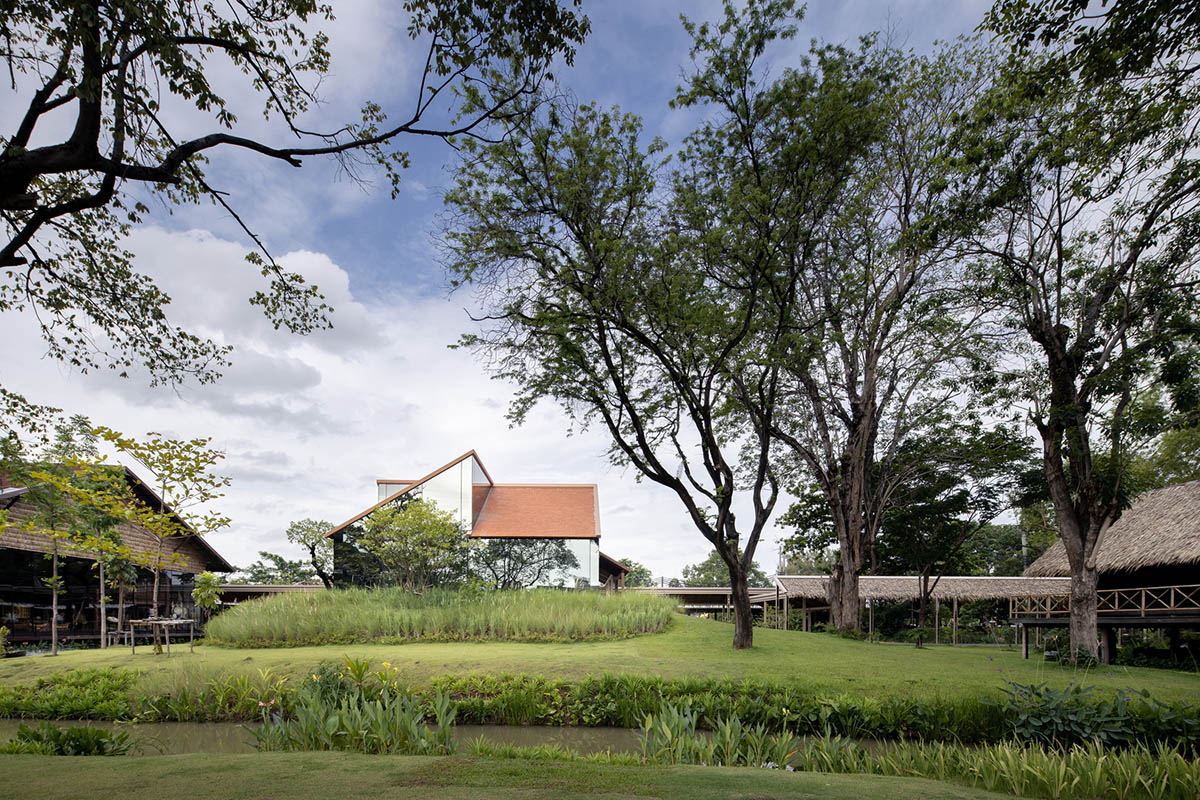 The small glass enclosure would eventually stand in contrast with its roof and its surrounding while precisely reflecting and capturing every changing detail of its immediate environment. 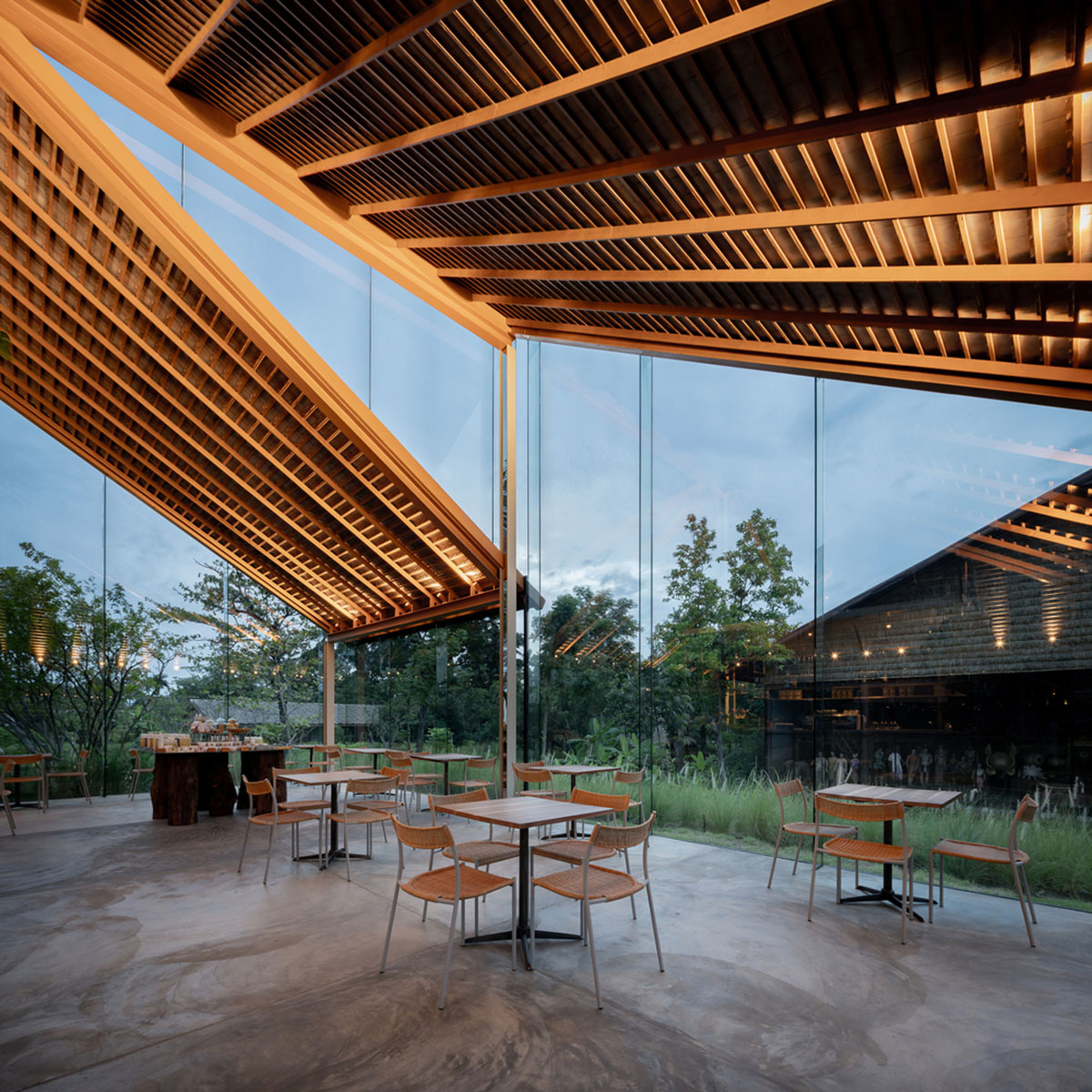 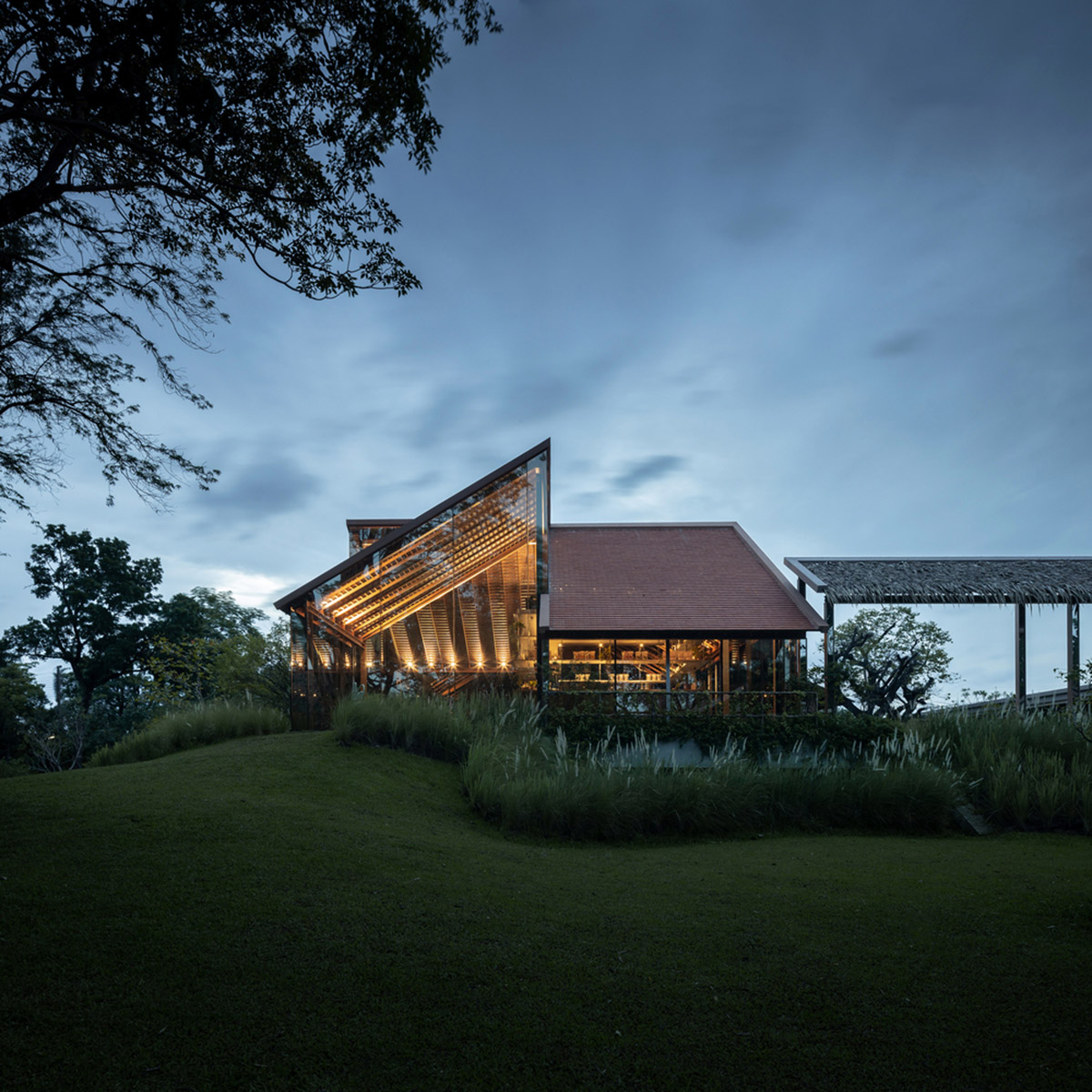 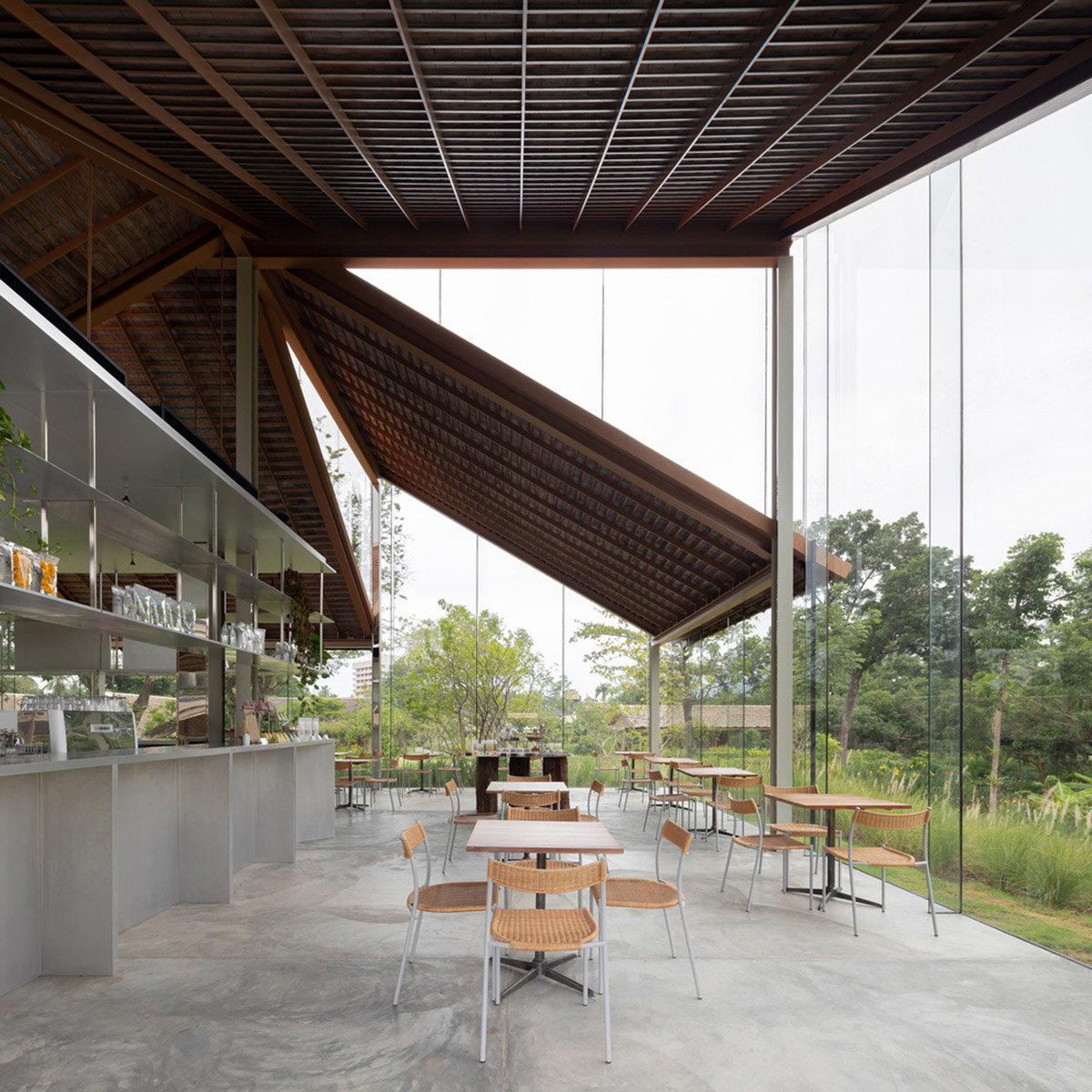 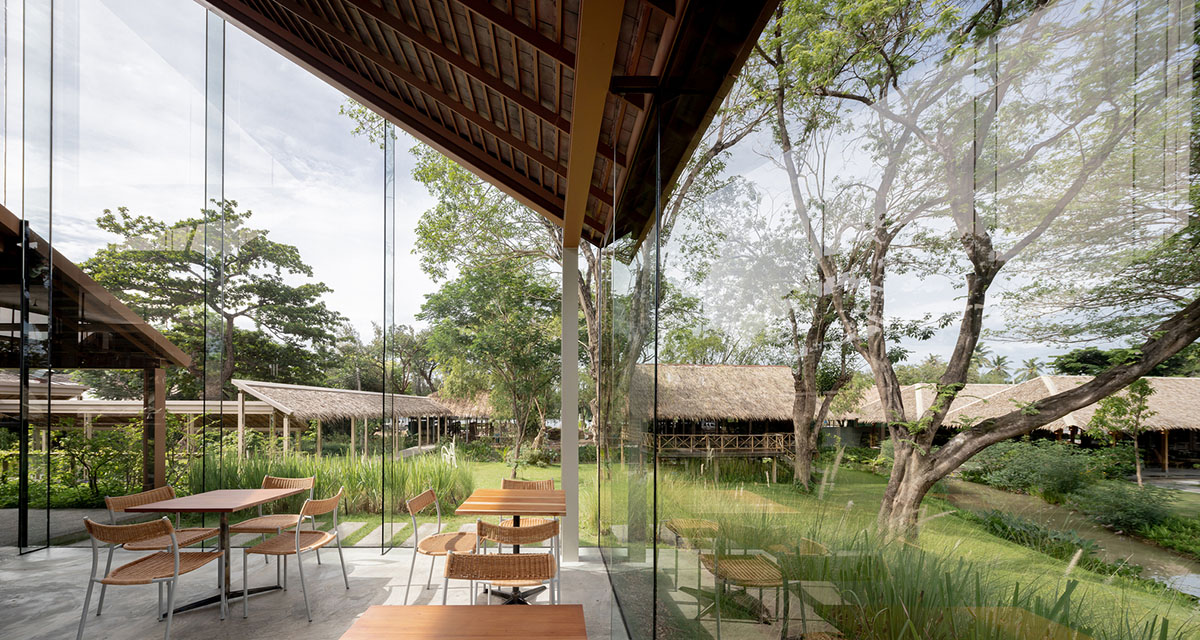 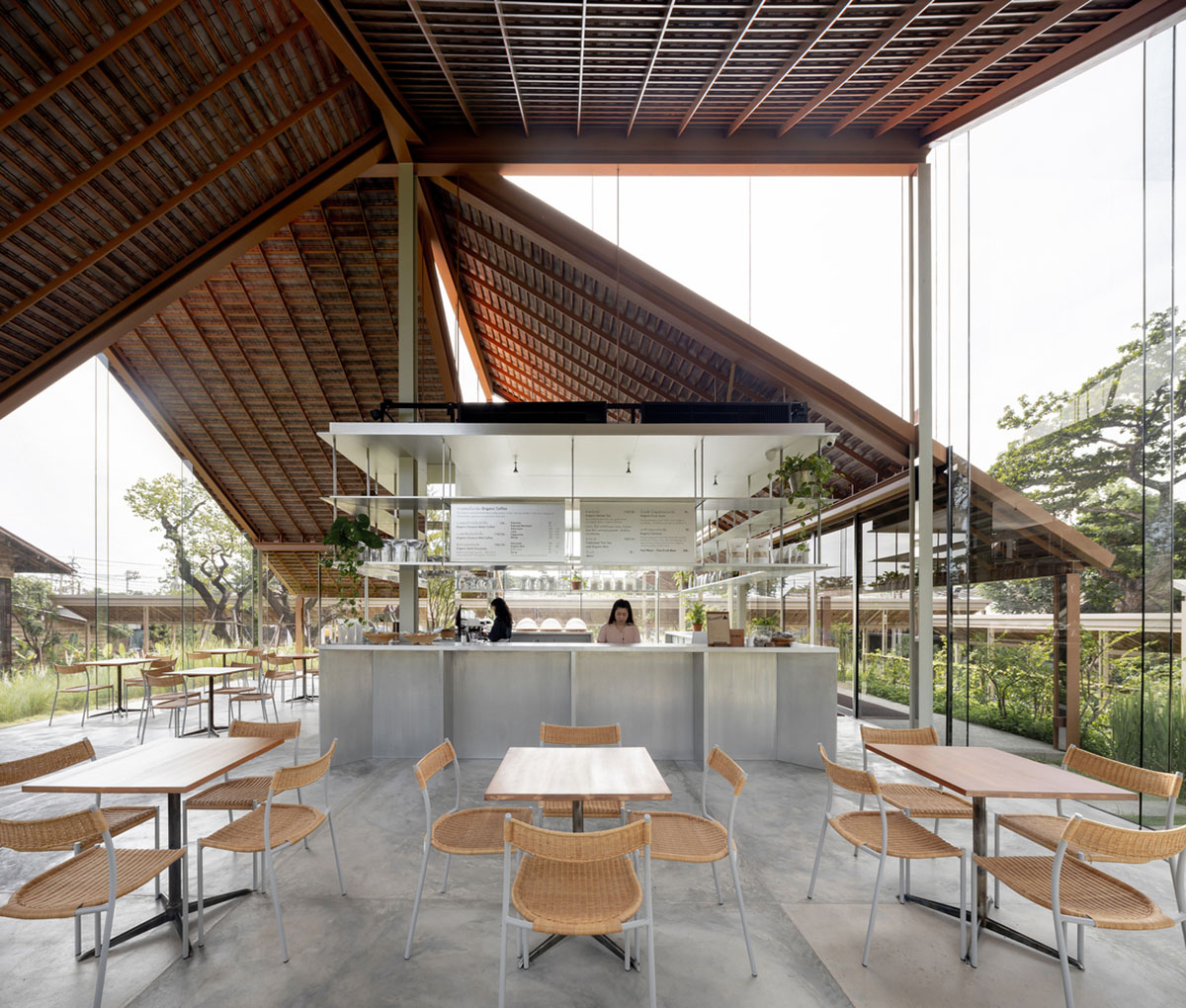 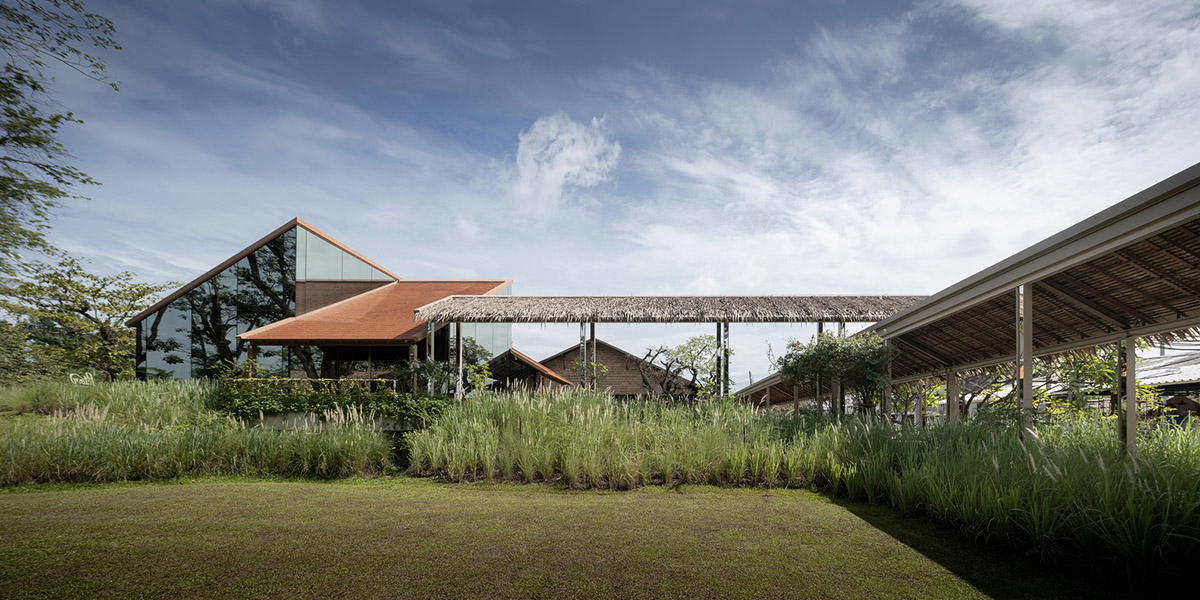 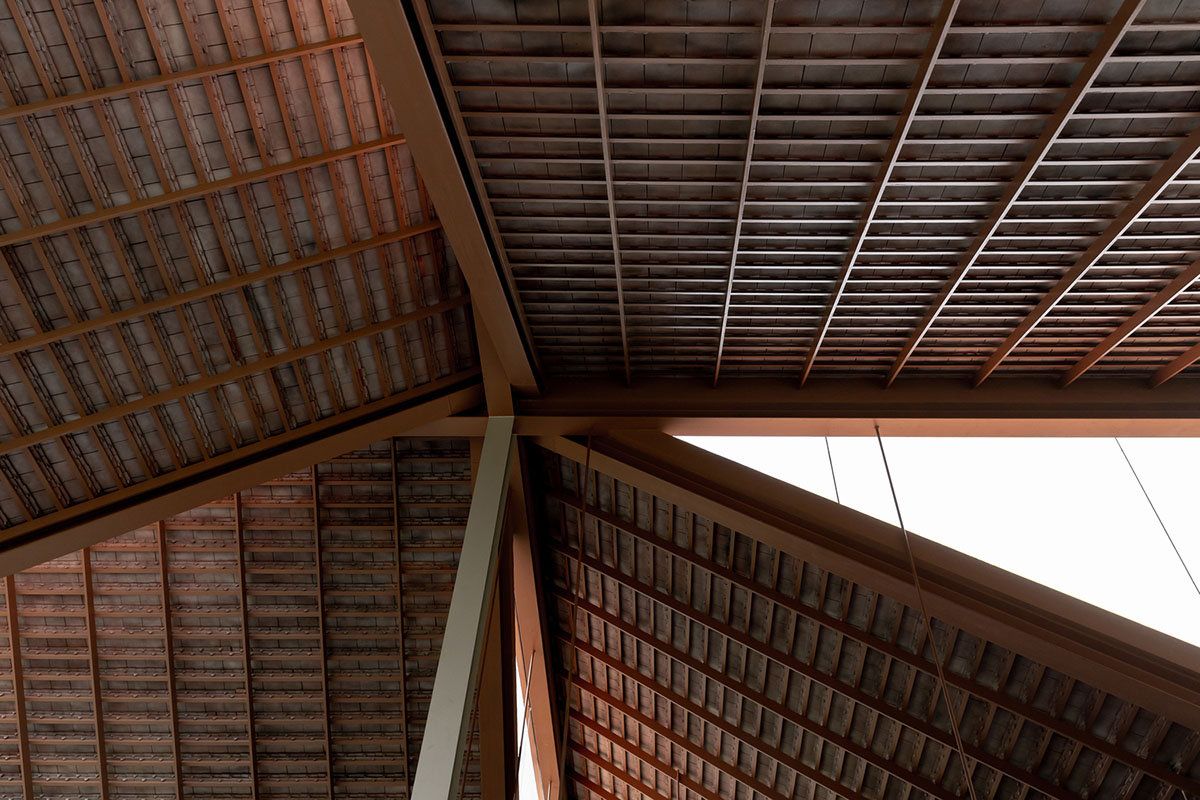 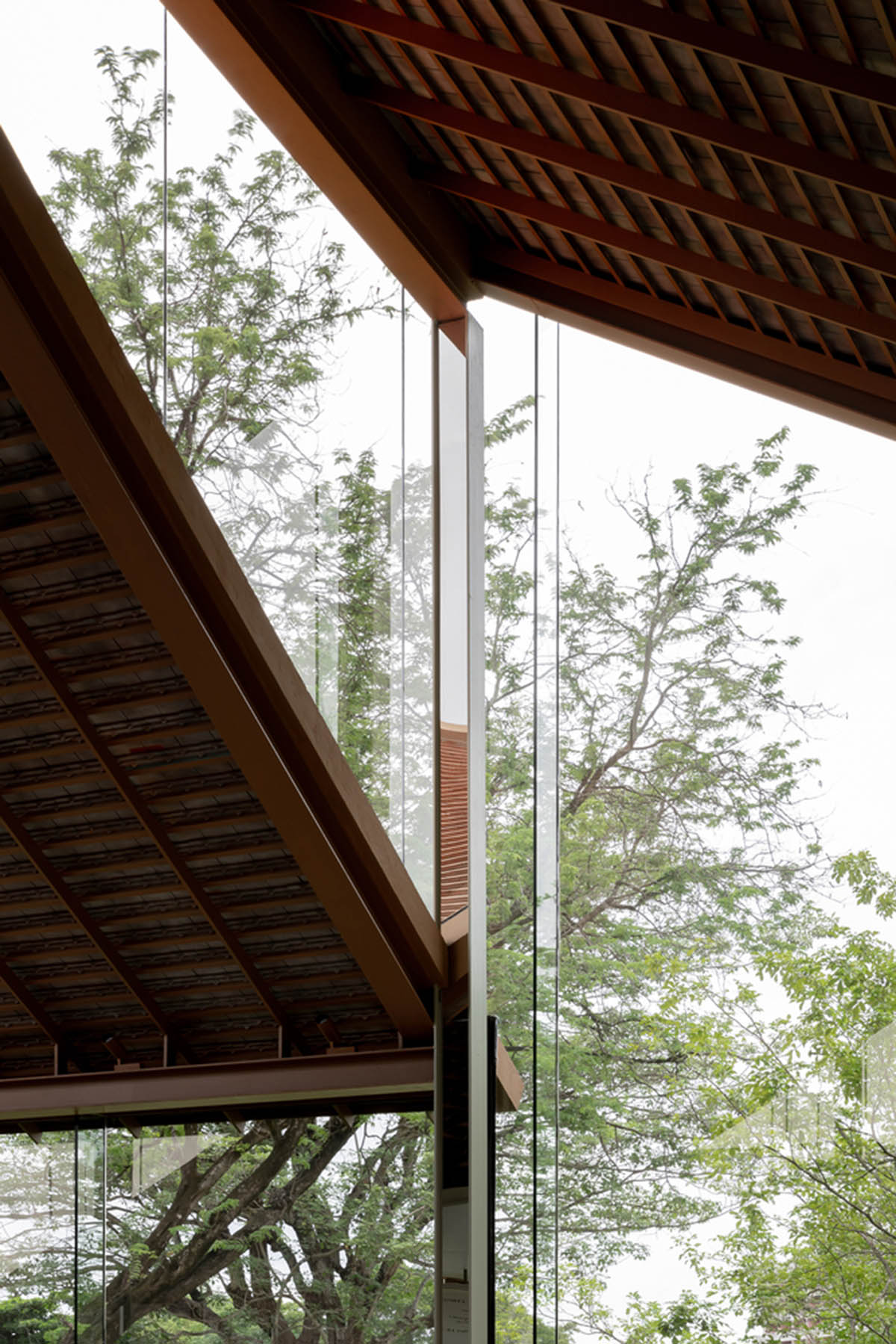 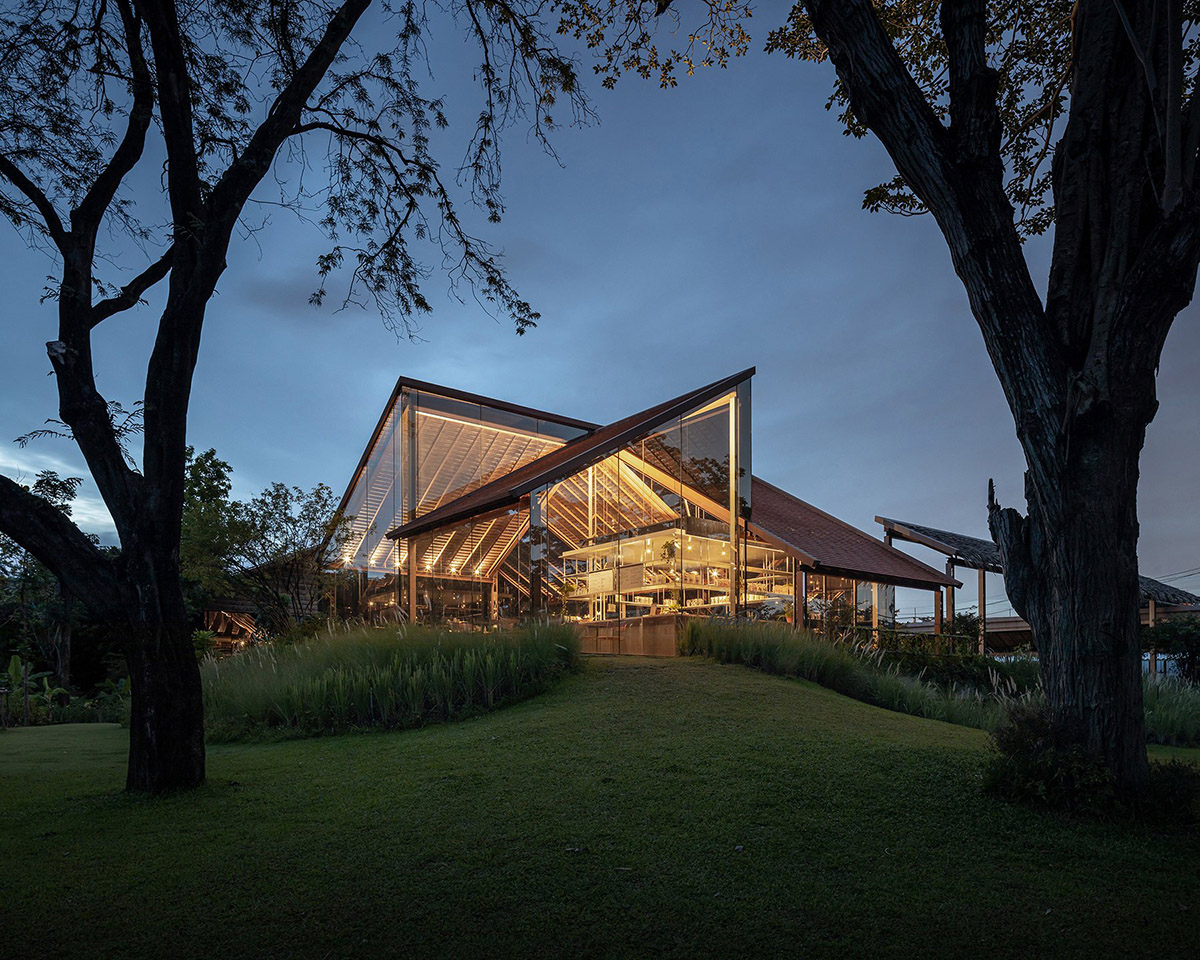 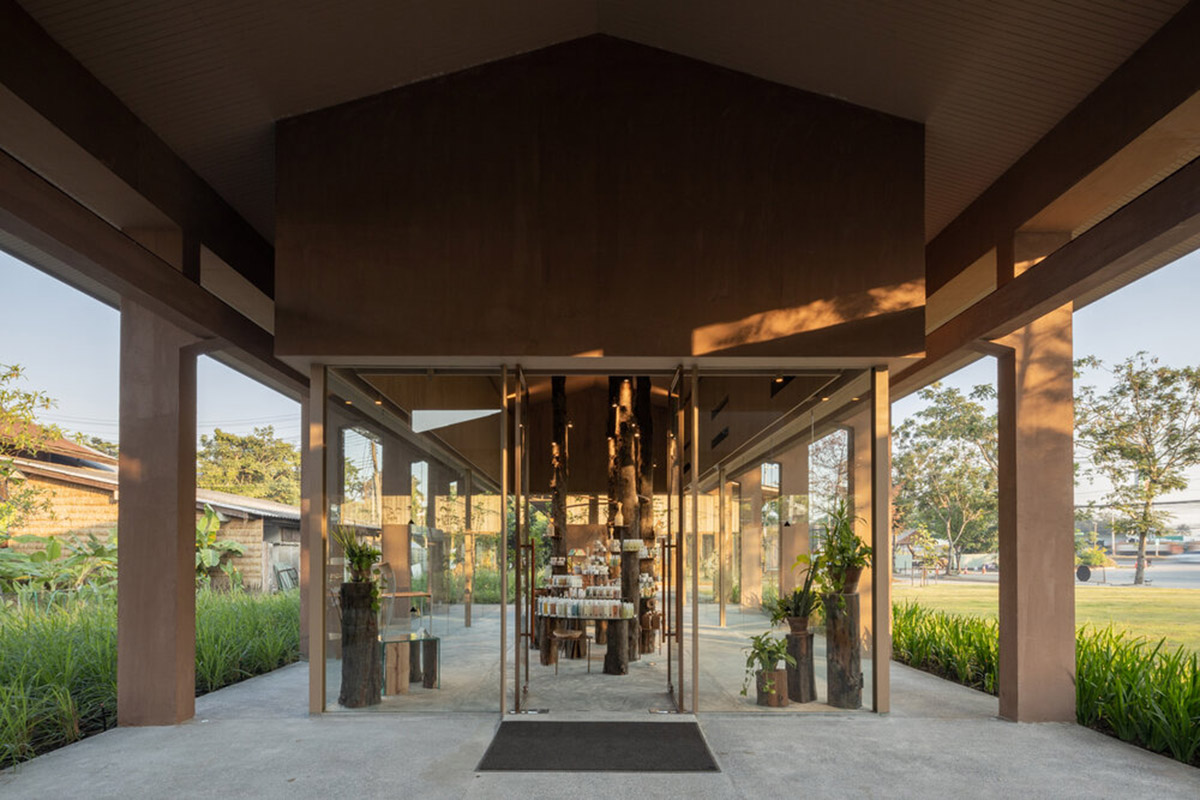 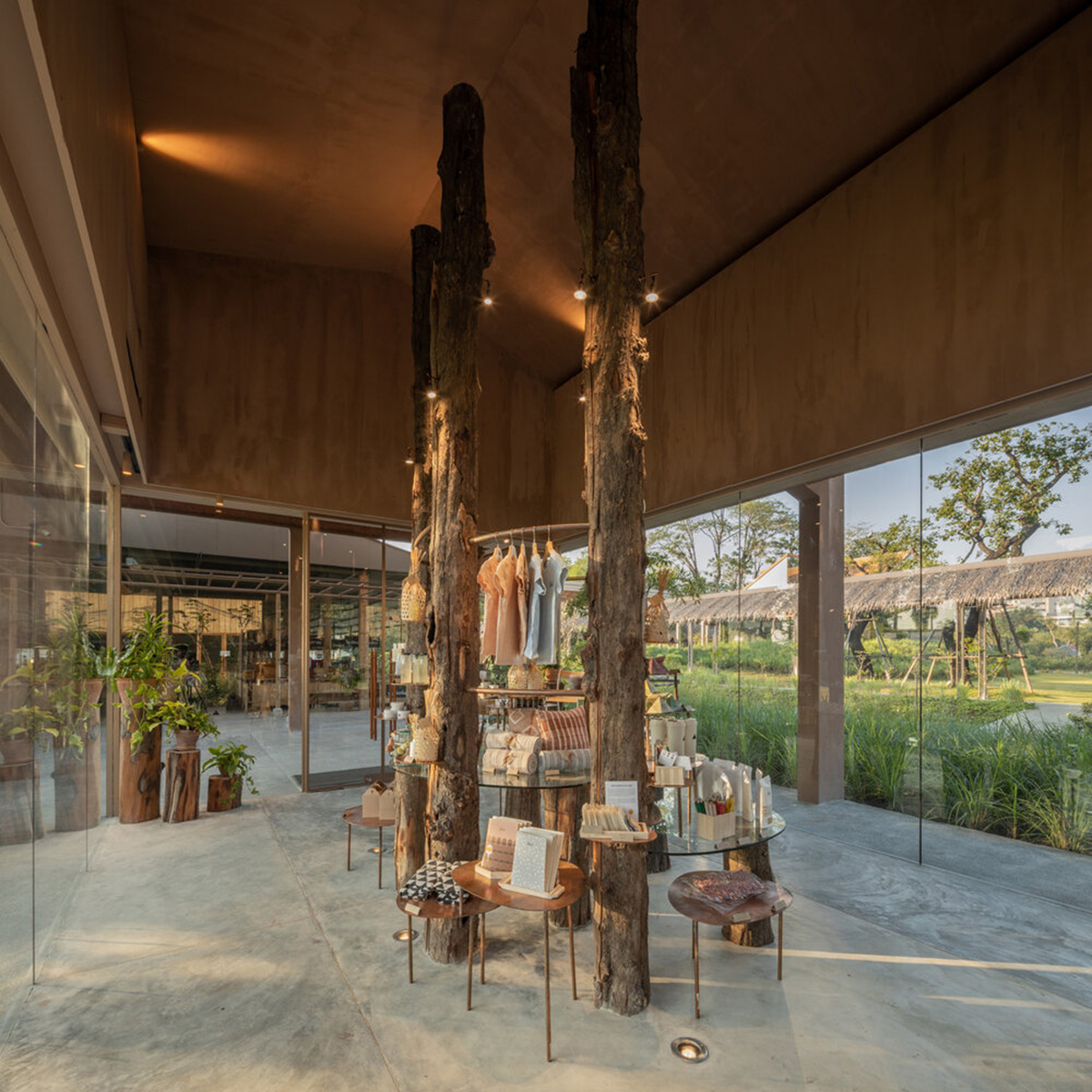 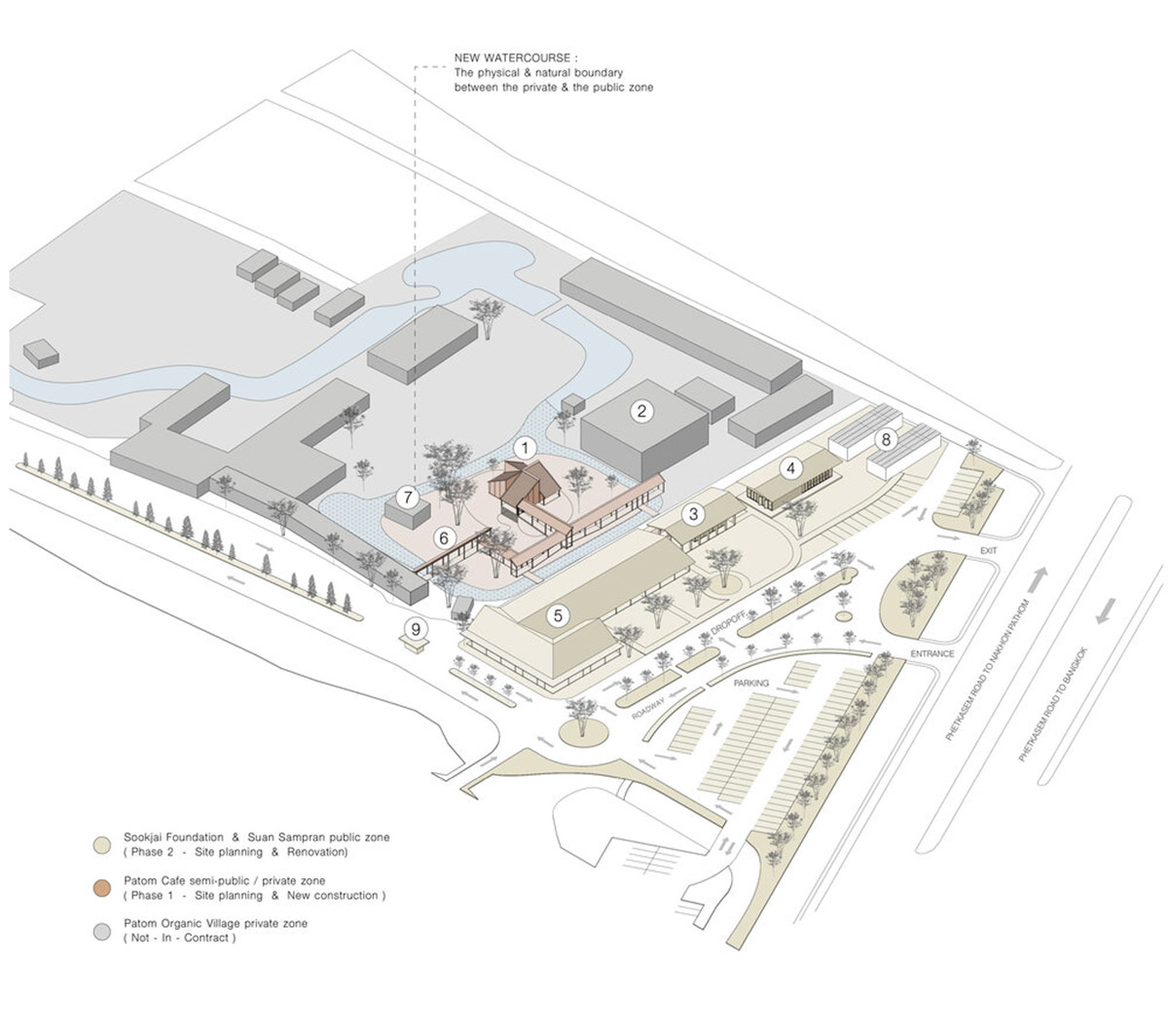 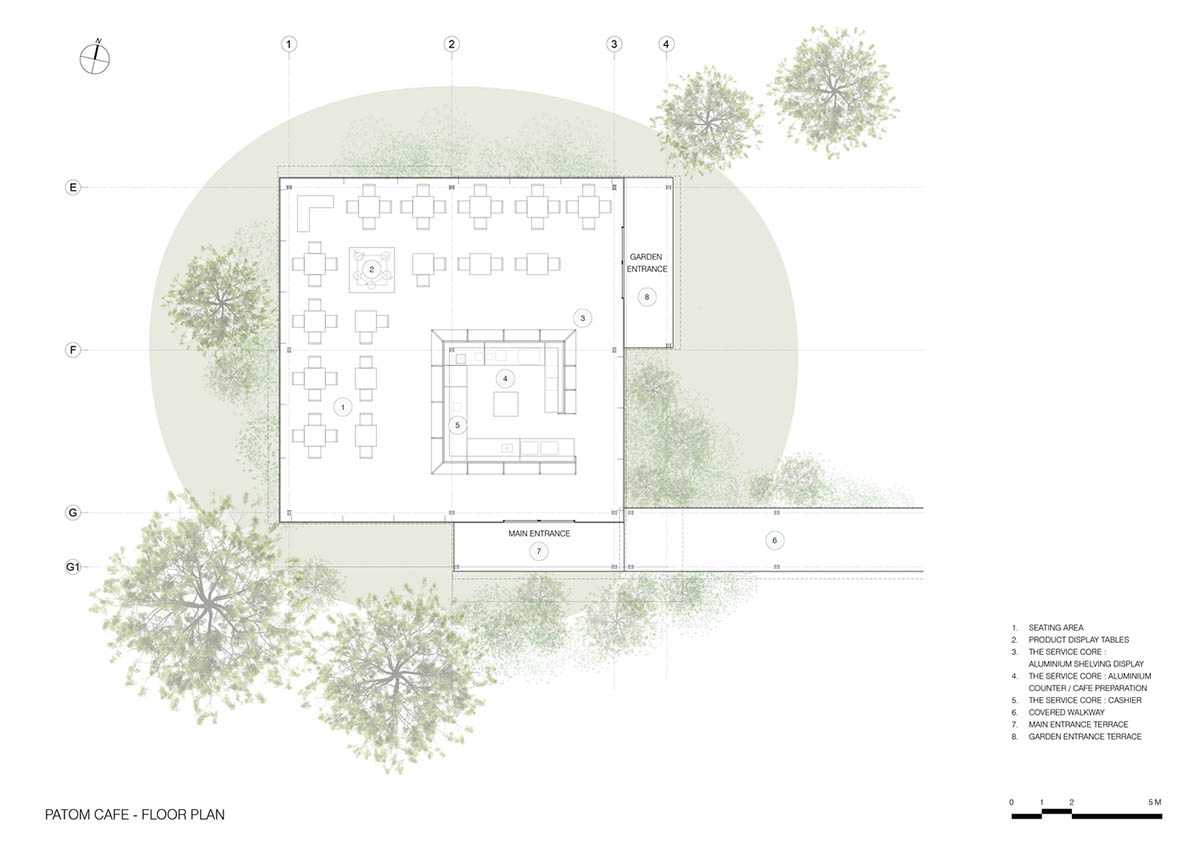 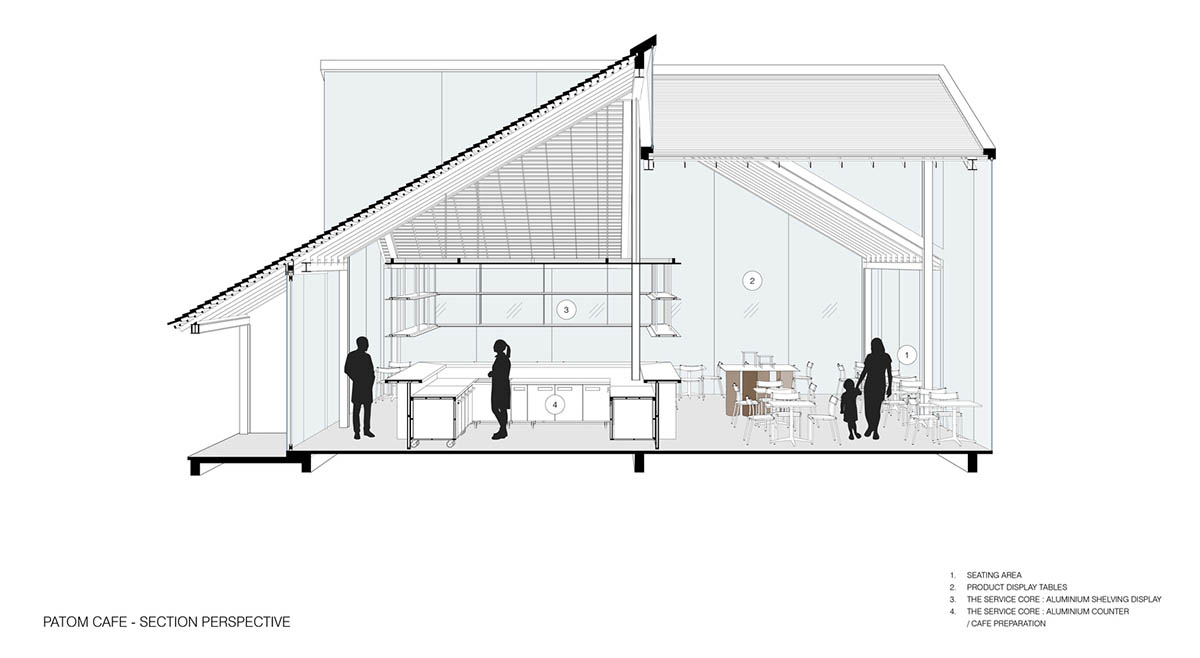 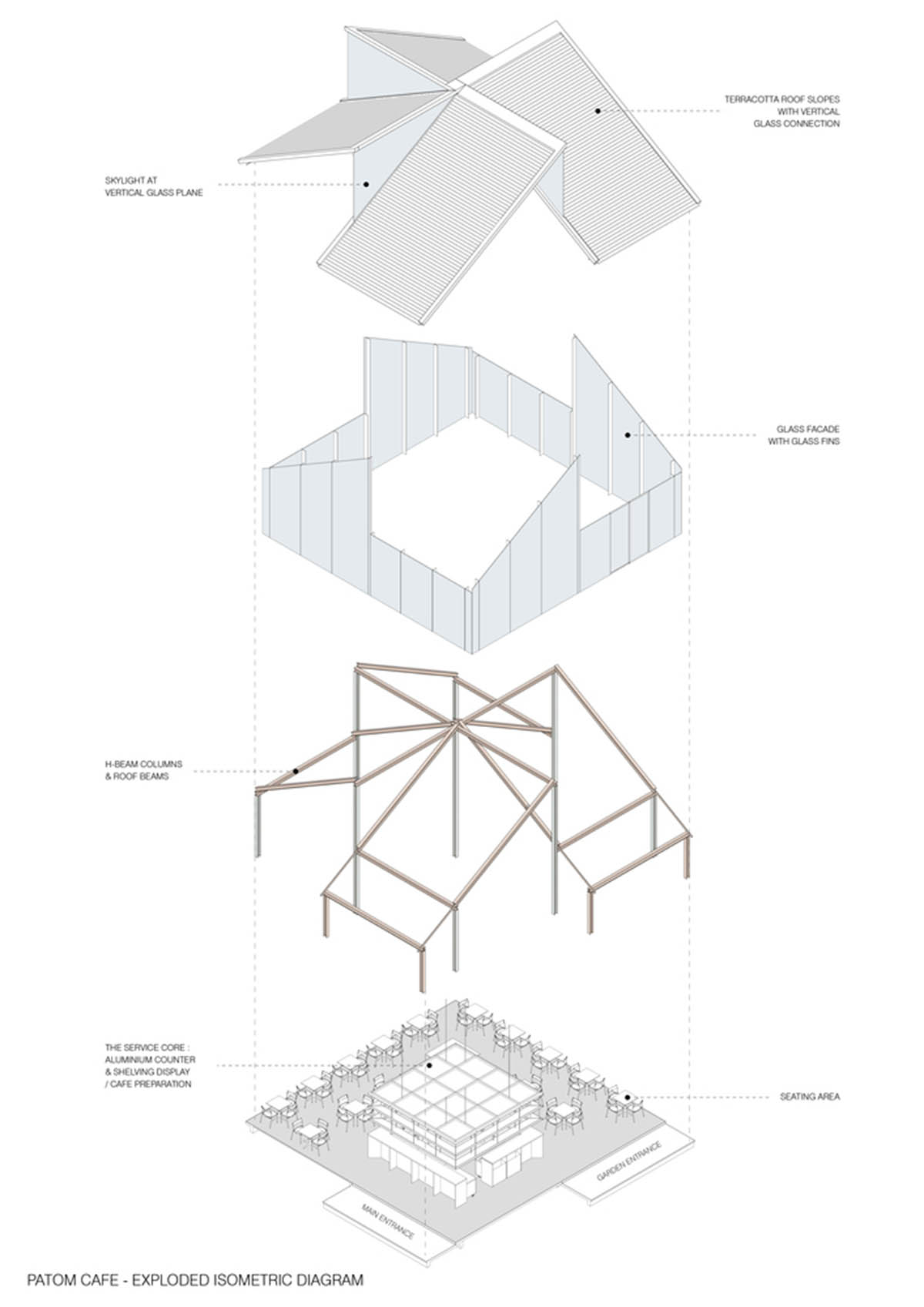 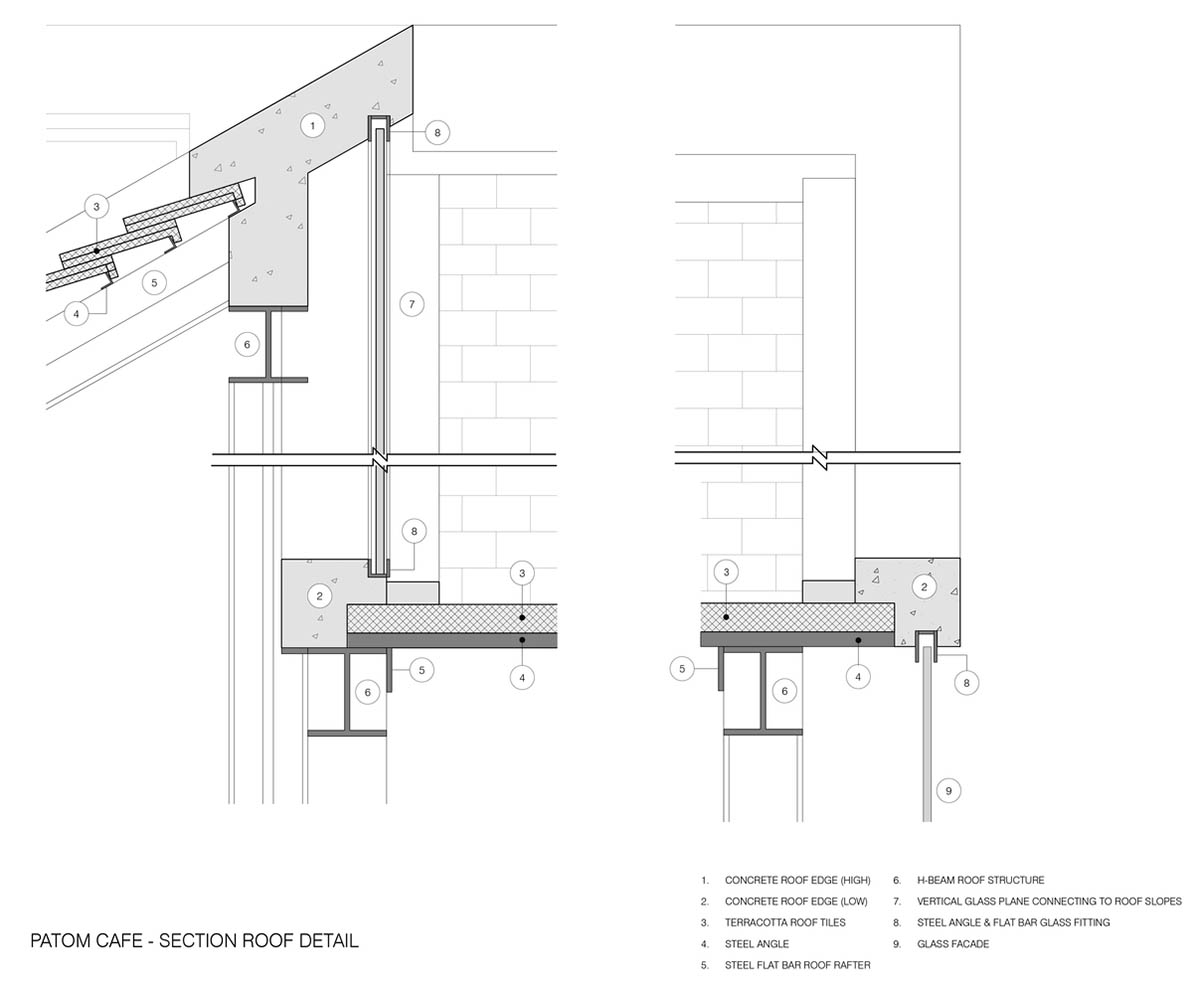 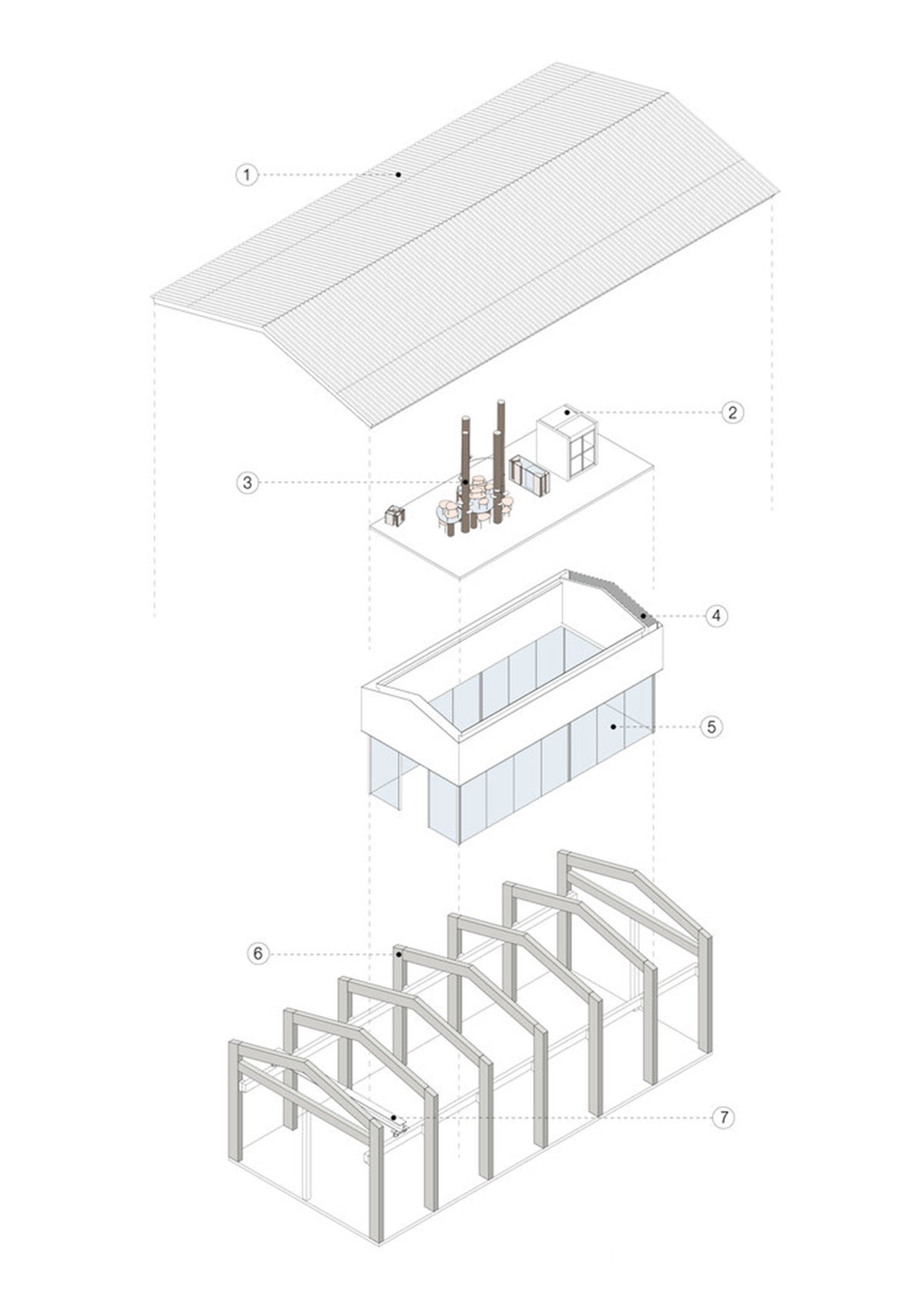 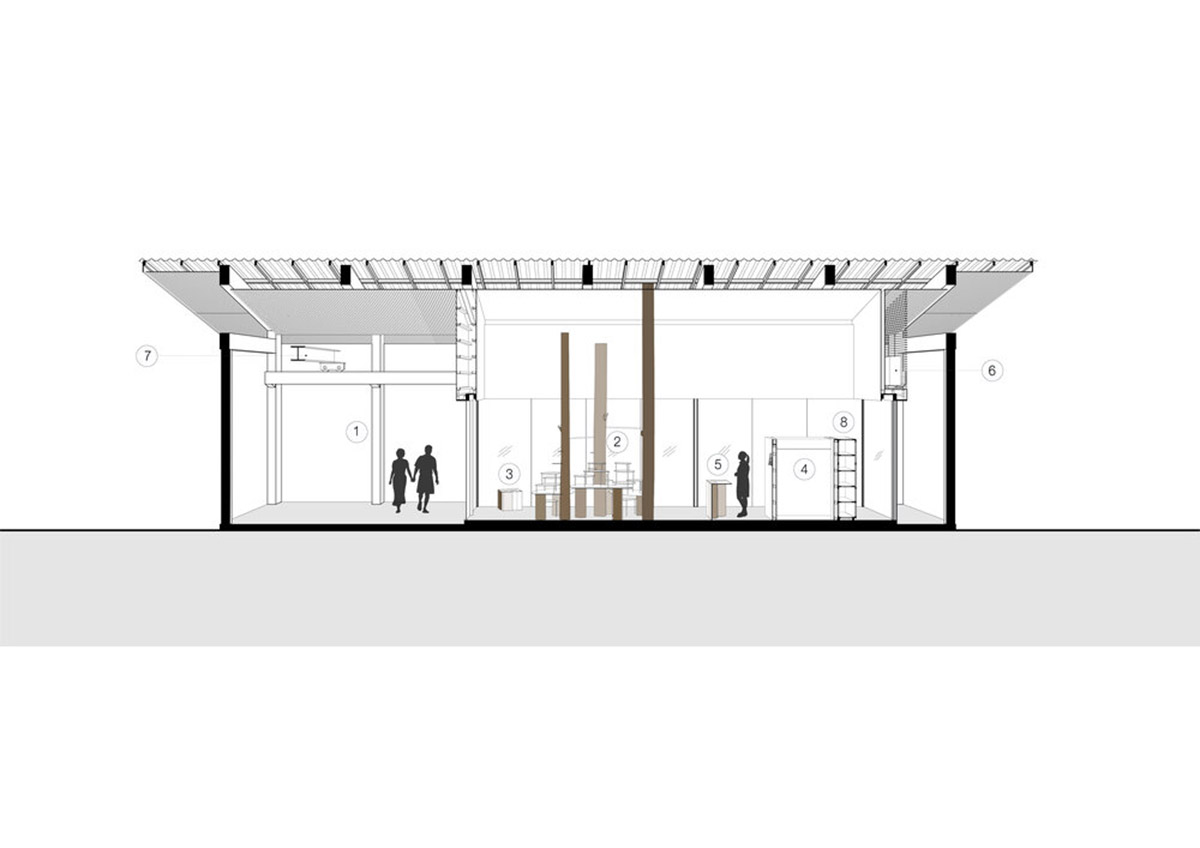