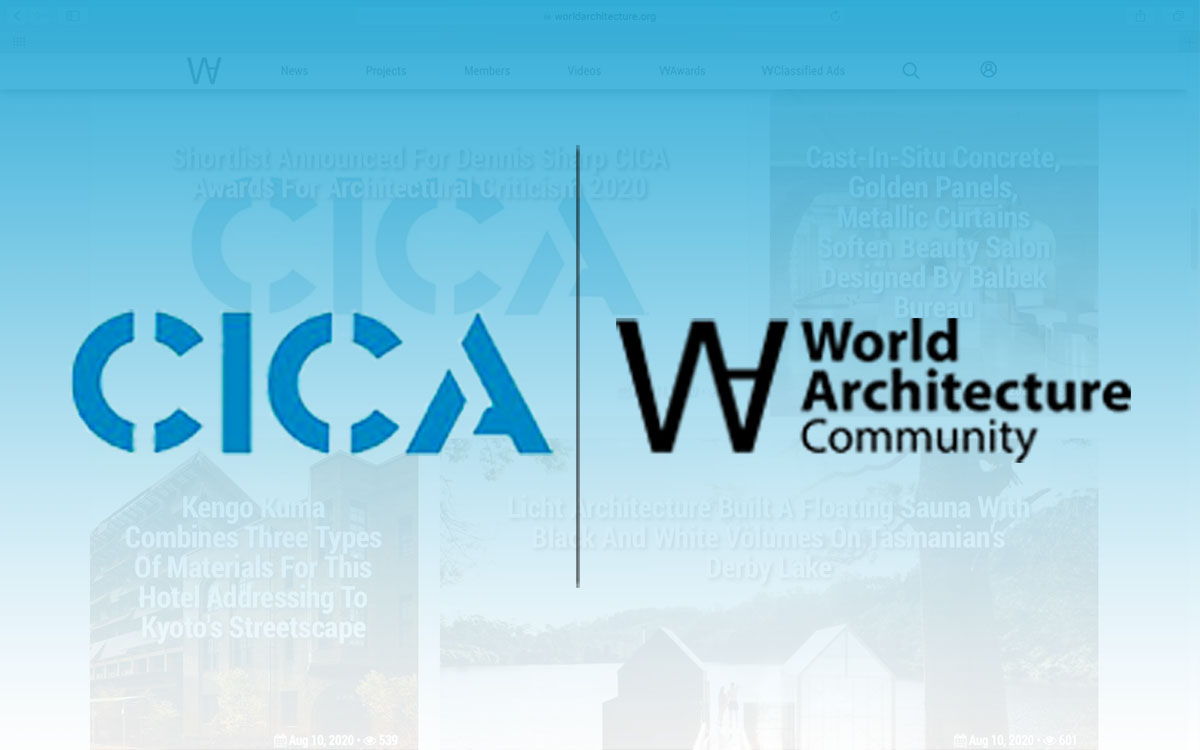 We are very proud that WAC has been shortlisted for the Marina Waisman CICA Digital Communication Award 2020 where The Architect’s Newspaper, Viceversa Magazine and the Getty Research Institute compete in the same category.

Being one of the most acclaimed academic awards for architectural criticism, the CICA Awards was established in 1978 in Mexico during the XIII World Congress of the International Union of Architects UIA.

Pierre Vago CICA Journalism Award is given to "an article of architectural criticism for individual, institutional or society magazines, newspapers and journals."

Julius Posener CICA Exhibition Catalogue Award is given to "a critical text, preface or introduction published in an exhibition catalogue or supporting publication produced for an architectural exhibition."

And, Marina Waisman CICA Digital Communication Award is given to non-print media and publications, WAC competes in this category as a non-print media.

The international jury is comprised of: Wilfried Wang - Chair, Germany/USA, Fernando Diez from Argentina), Karen Eicker from South Africa, Louise Noelle Gras from Mexico, Suha Ozkan from Turkey, Xing Ruan from China/Australia and Joseph Rykwert from USA/UK. Trenton A. Sexton (USA) is the Assistant to the Jury.

The prestigious CICA Book Awards were initiated at the XIV UIA World Congress in Warsaw, 1981. The first major CICA book award was given to Prof Manfredi Nicoletti for his book L’Architettura delle Caverne (Laterza).

The CICA prize for journalism was jointly shared between James Marsden Fitch for an AIA Journal article and Kenneth Frampton for an article in L’ Architecture d’Aujourd’hui.

The first CICA award for a preface or introduction to an exhibition catalogue went to Arthur Drexler for Transformations (MOMA).

The winners will be announced during the UIA XXVII World Congress of Architecture which will be held in Rio de Janeiro from 18 to 22 July 2021.