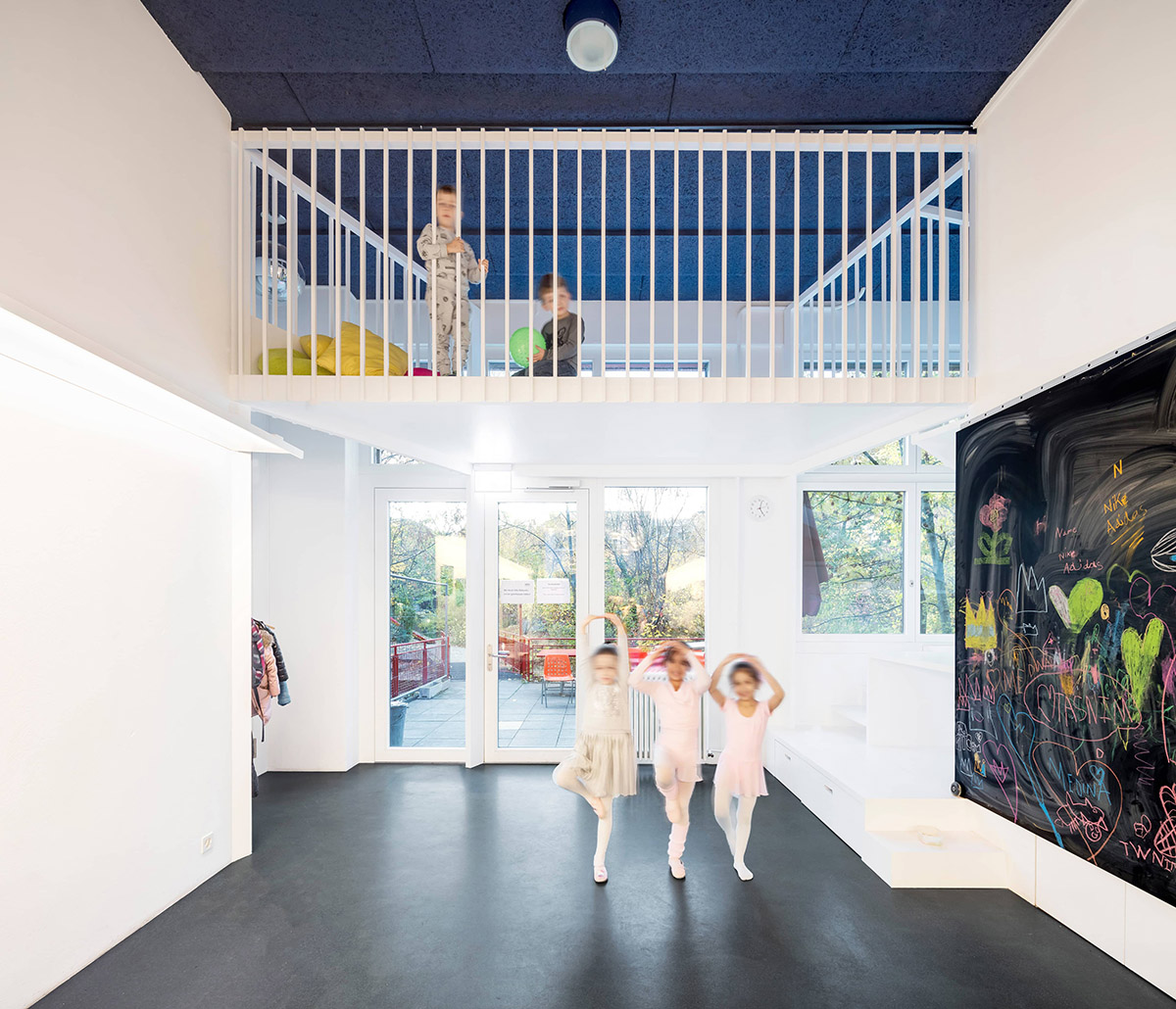 Basel-based architecture practice FOCKETYN DEL RIO Studio has completed the transformation of an unused corridor of an existing multi-use building into a community center in Basel, Switzerland.

Called Quartiertreffpunkt, the 90-square-metre area was developed as part of a rapid process of gentrification in the area Kleinhüningen.  Once a primarily industrial waterfront, it is among the last precincts of Basel.

In 2015, a think tank was established to propose non-profit uses for some of the available plots. FOCKETYN DEL RIO Studio was selected to transform a large unused corridor within an existing building. 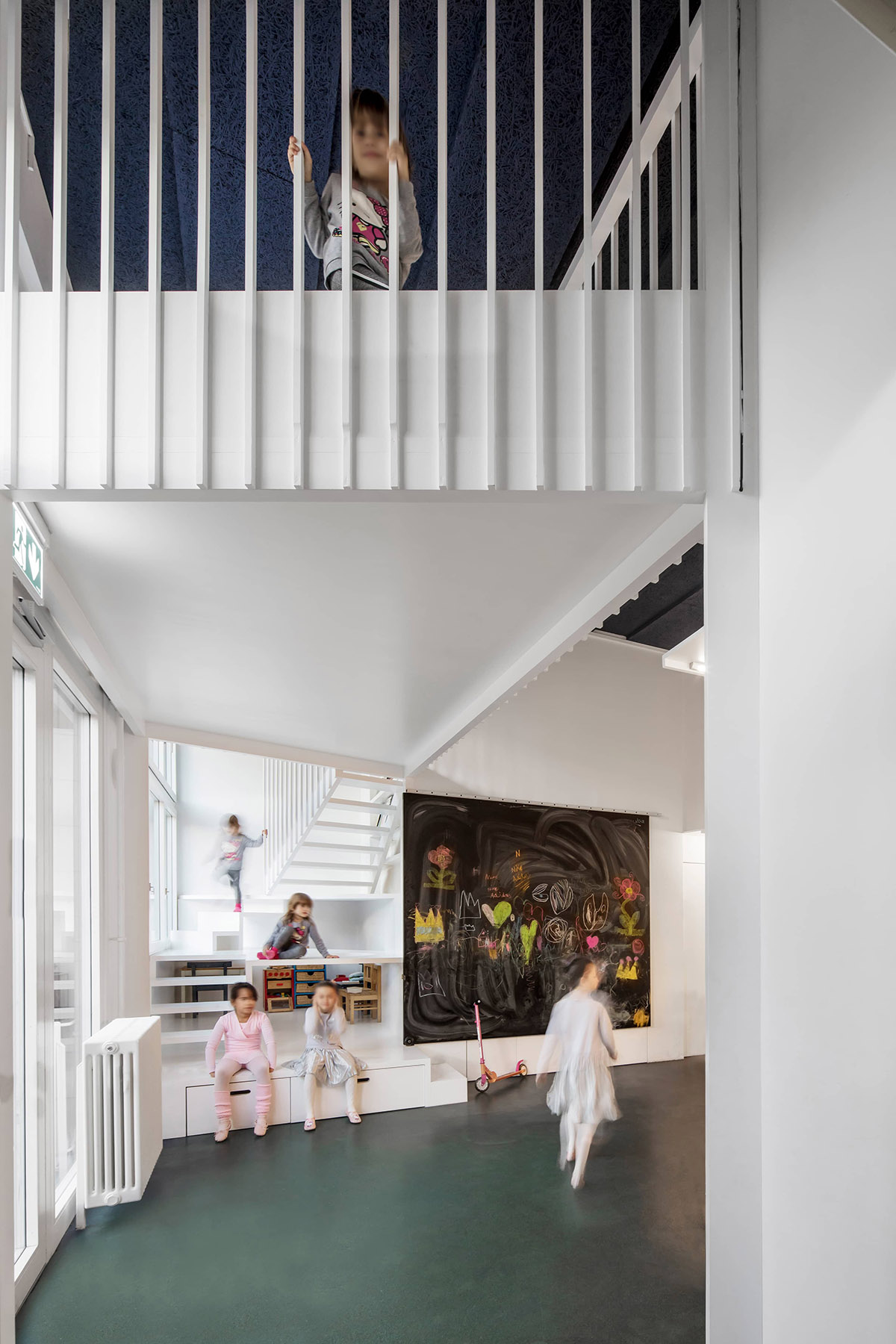 With "Quartiertreffpunkt," FDRS completed a small scale but impactful refurbishment project. This new neighborhood community center was designed to create an environment where various communities can thrive, and group activities can unfold and develop. Re-conceptualized for maximum flexibility with minimalist interventions, the room, which was merely an empty vessel, has now become a social hub.

Operating in a surprisingly subtle fashion, the space was repainted, and existing lighting and the existing bar was reorganized, and two elevated wooden structures were added to the front and the back of the room. 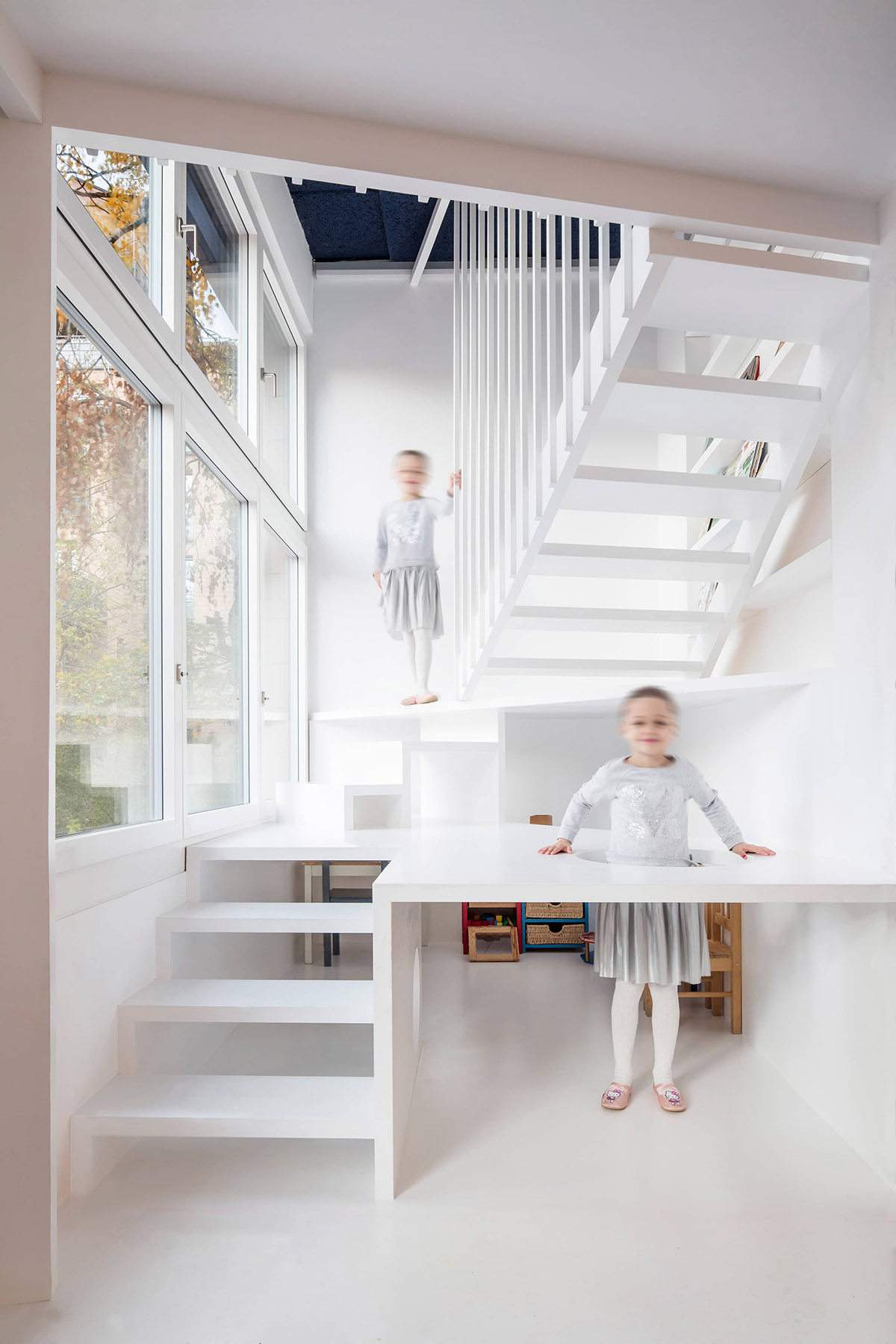 These wooden elements actively mediate between the interior and the exterior, re-proportioning the space with the introduction of scalable pieces of furniture that create height and balance along the length of the room.

On one side, there is a playfulness and a blank canvas that speaks to a child’s imagination. Almost like a mountain, it is a natural element with an internal logic. At first glance, it lacks a clear use, allowing children to project their own ideas onto this module. On the other side, there is a light and whimsical component which consists of two platforms, following the slope of an existing ramp. More precise, with heightened transparency, it is reminiscent of a landscape. 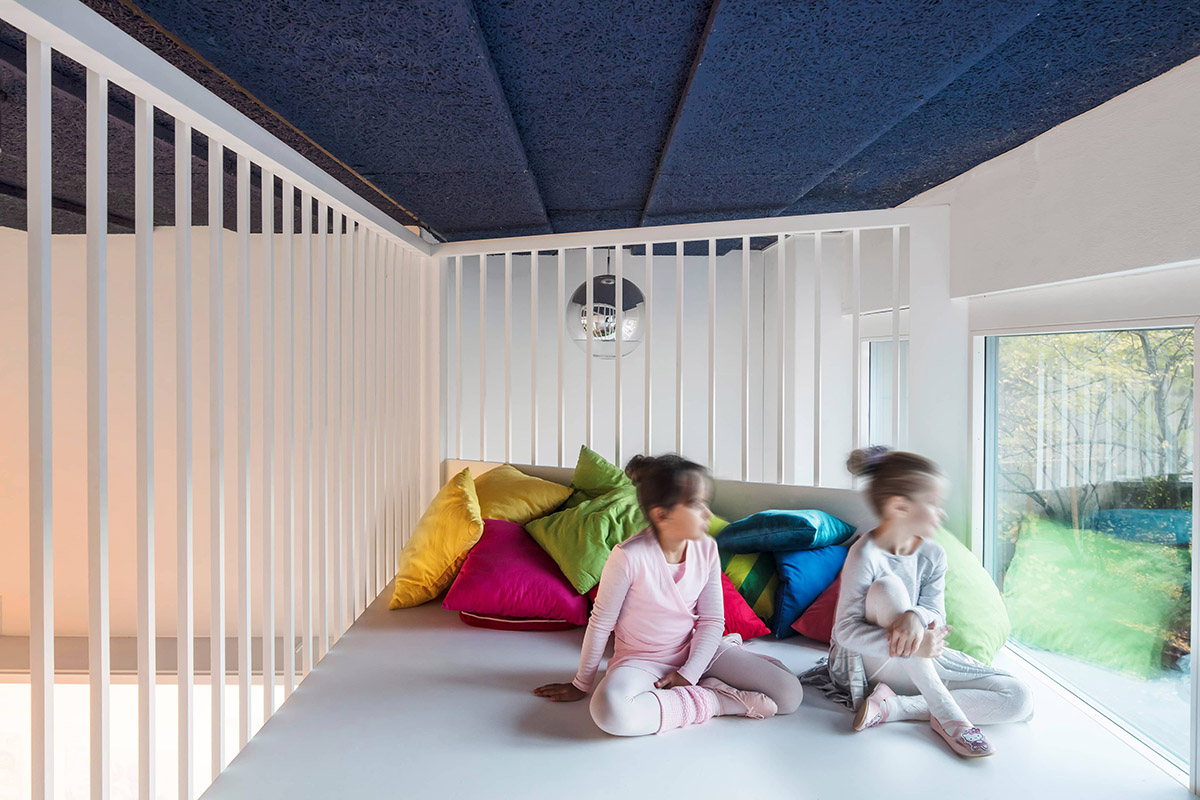 These two elements create a formal language that runs in continuous dialogue: the palings talk to each other, communicating between the two sides. 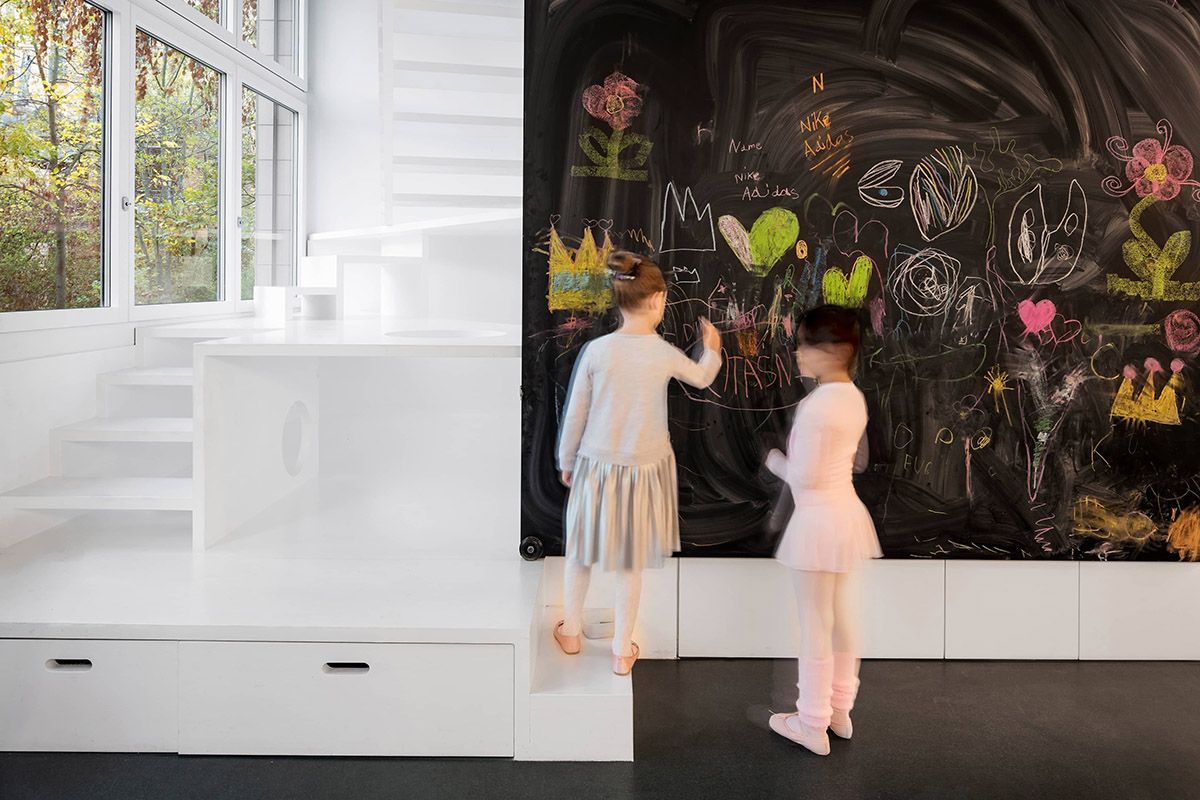 QTP has become a place where the character of the space is defined by the people who leave their tracks in various forms. Used by a wide range of occupants, this minimal space has become a generator of community activism and cohesion.

Miquel del Rio: "Our goal was to optimize this space for its community. We asked ourselves: How can we offer a high-quality design with a limited amount of resources?." 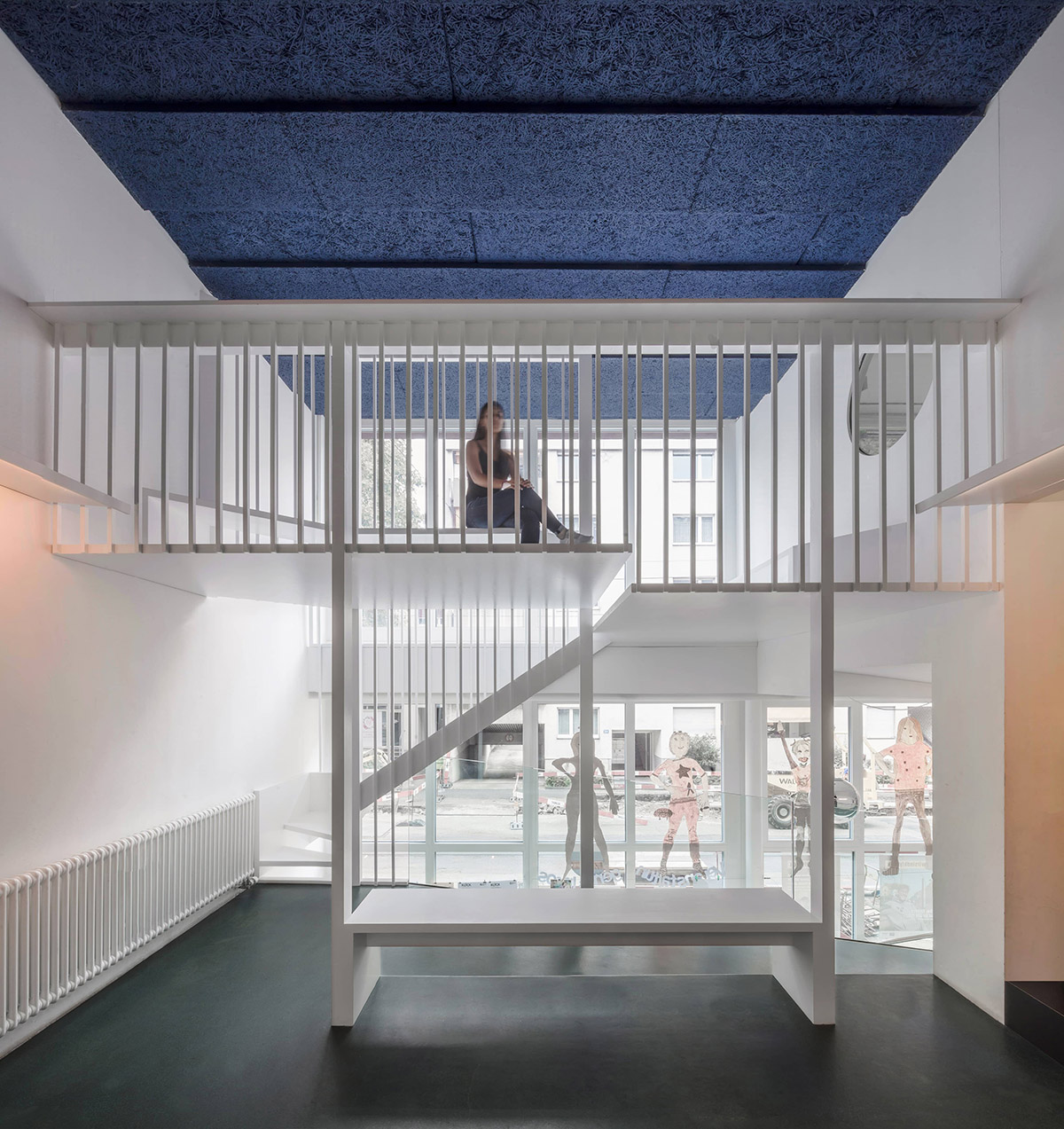 QTP was generated with an extremely local and sustainable approach FDRS likes to call "zero kilometers" architecture. Miquel del Rio said: "Everything related to the project was achieved in an extremely close radius to the location. Our office is right around the corner of the site."

"The craftsman who did the woodwork is 50 meters away. The electrician and the painters are both from long-existing firms deeply rooted in Kleinhüningen. These people helped us push the project: In an unbroken conversation, we managed to develop it together. So you could say that QTP was not only designed for the community but in a larger sense, it was also built by the community," Del Rio added. 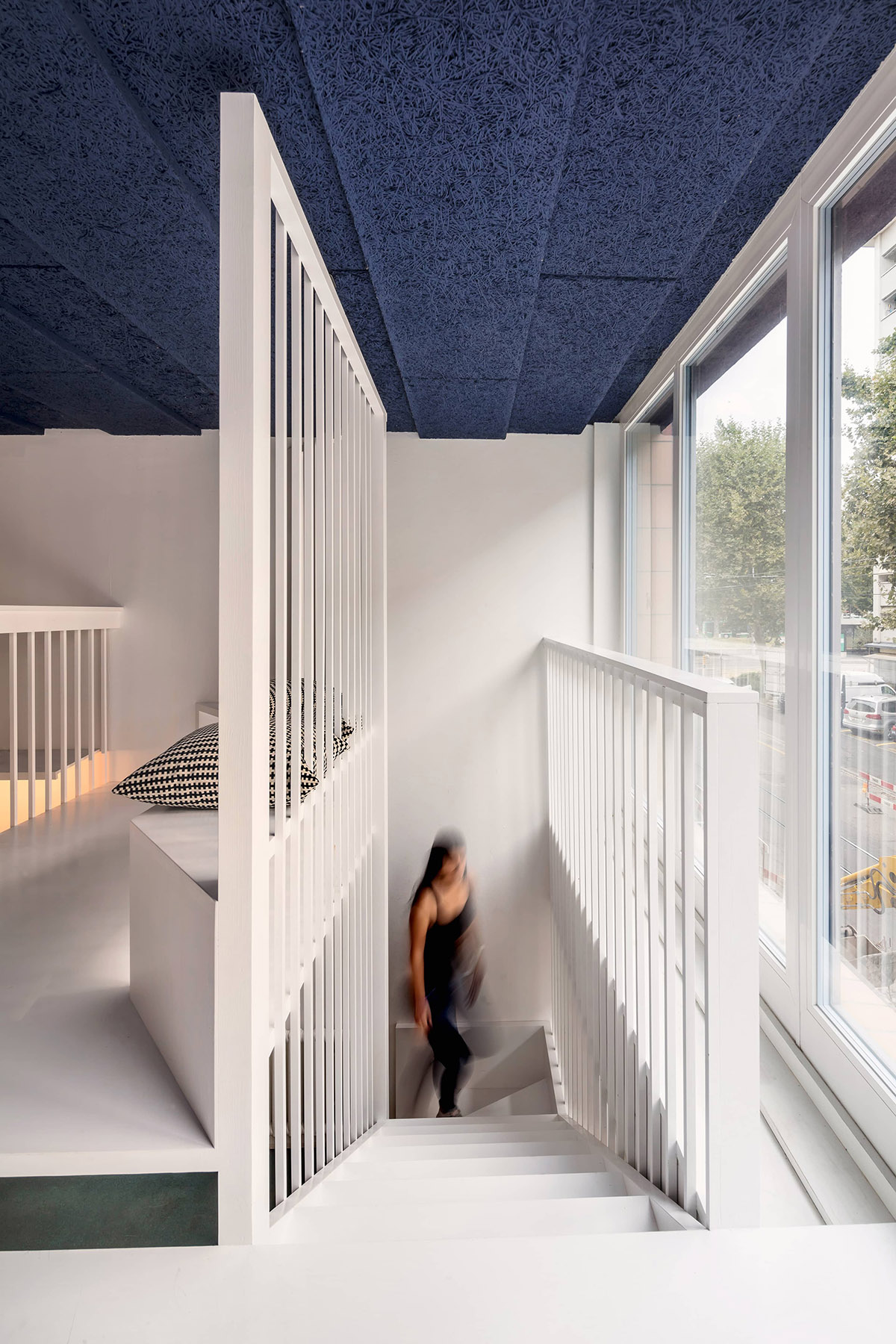 QTP is part of a series of small interventions FDRS calls "Guerilla Projects." These are smaller-scale realizations that operate with fewer resources in a highly local context. 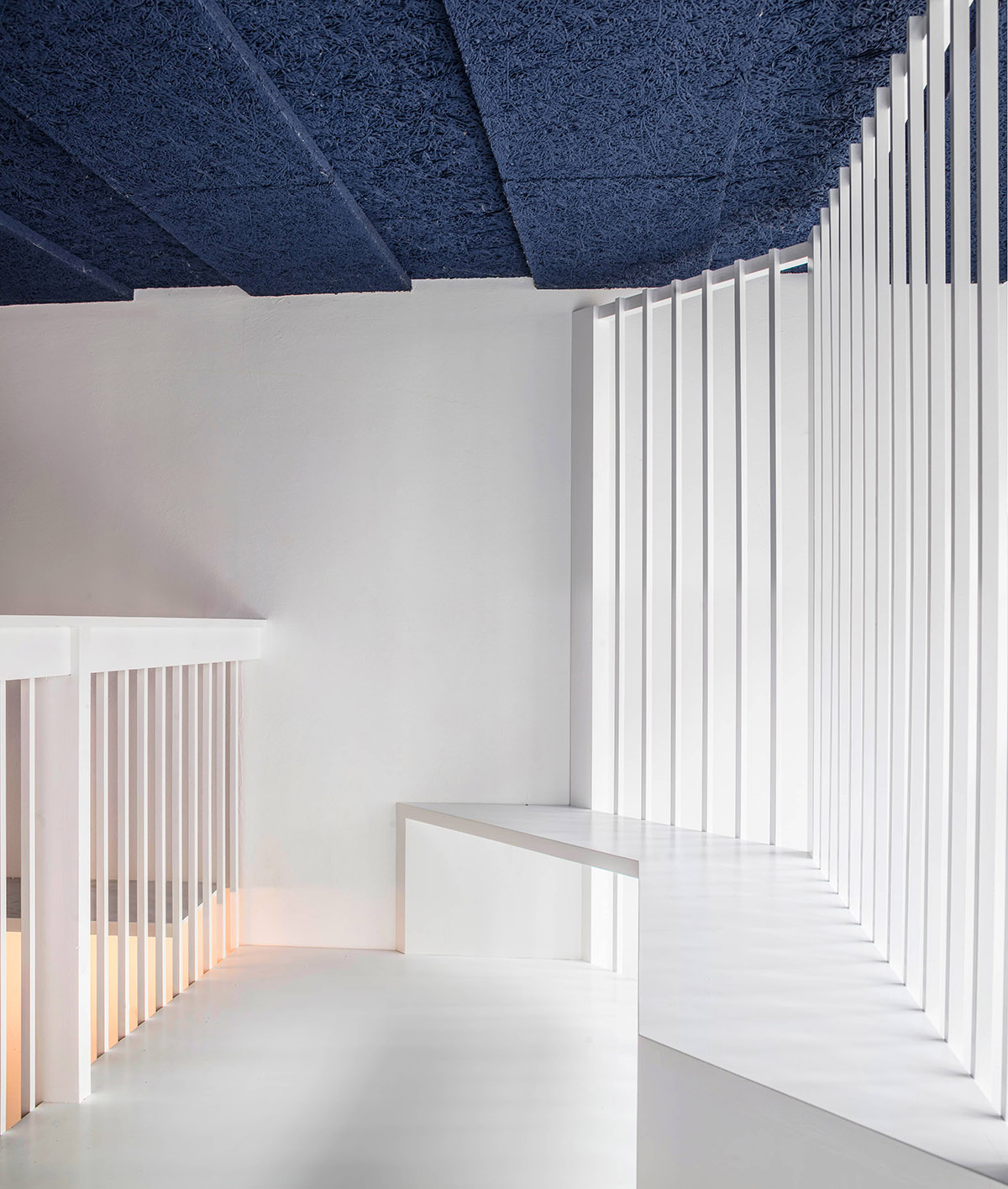 Besides Quartiertreffpunkt, FDRS has recently completed the Parterre One Restaurant and is currently working on the transformation of the Kaserne Cultural Center, whose completion is anticipated in 2021. 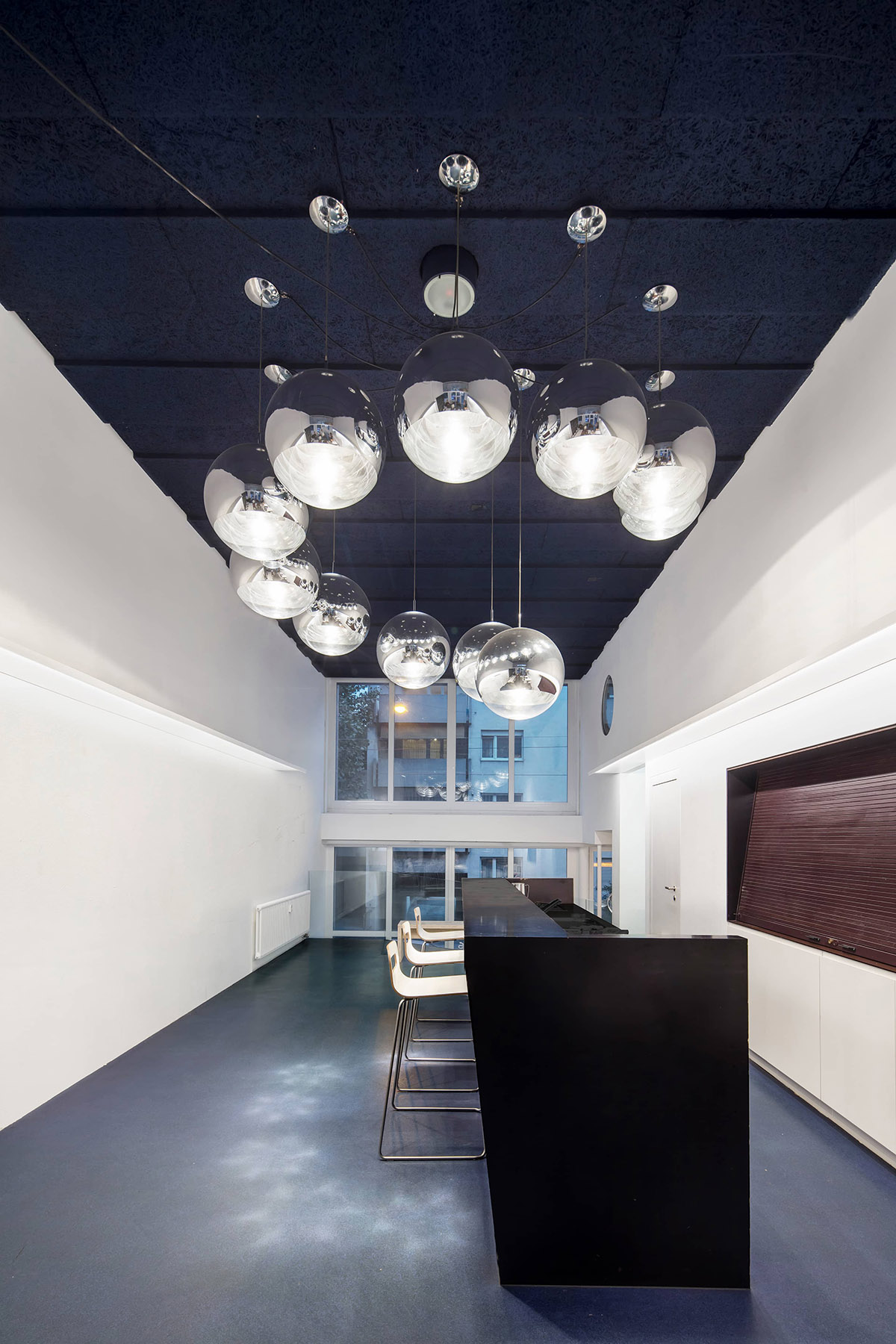 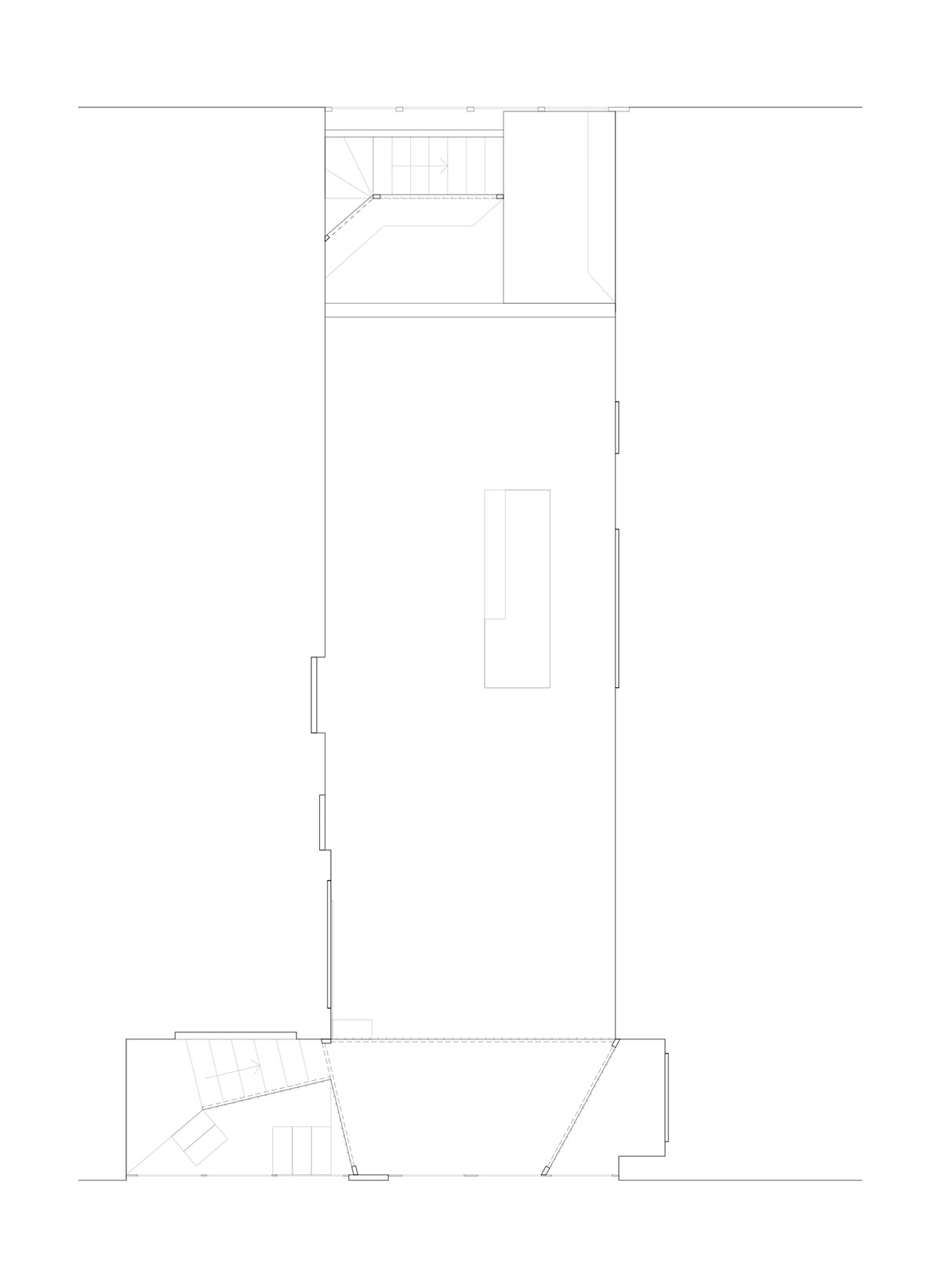 Plan of the corridor 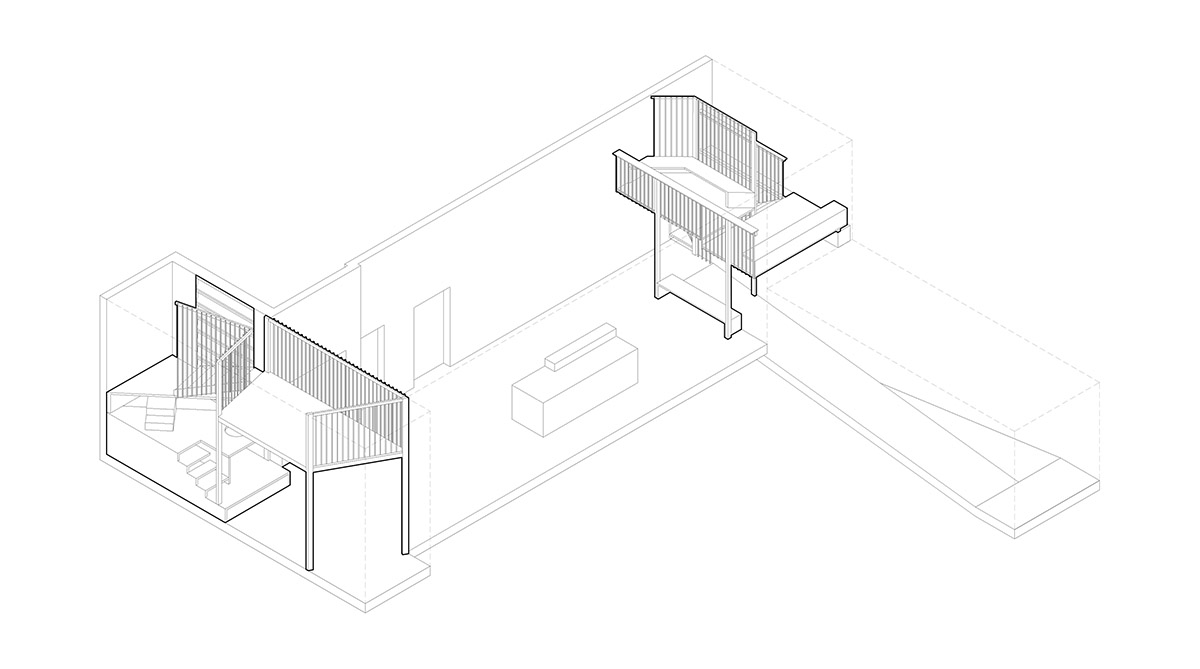