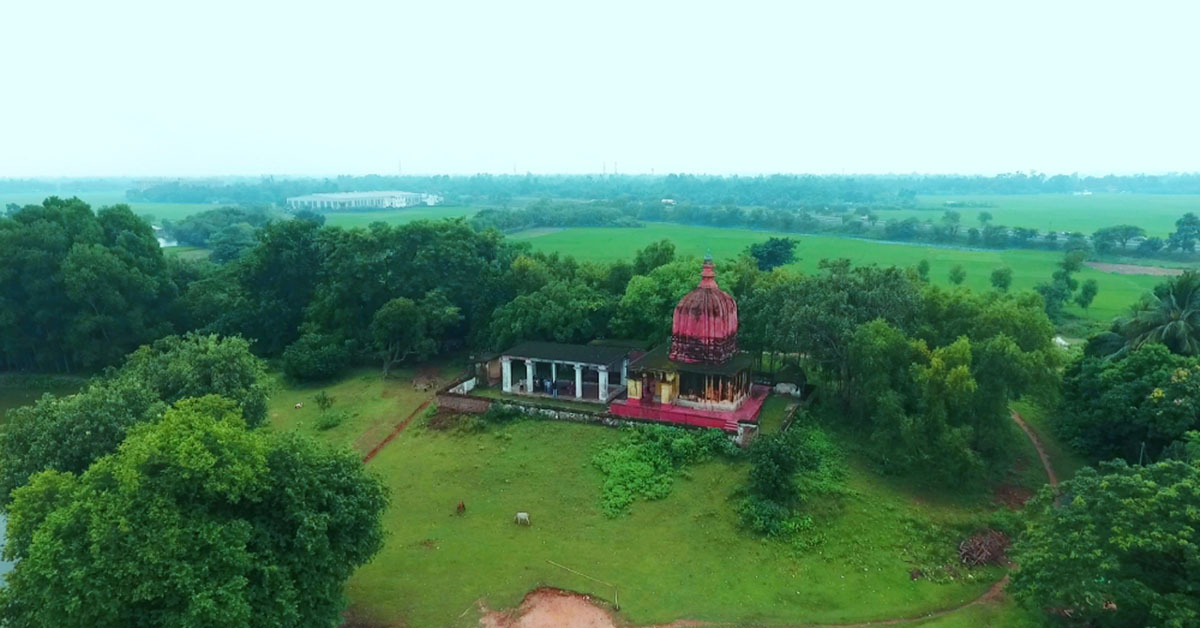 India is known for its population diversity. According to the latest statistics by Trading Economics, India has 65.97% population living in the rural areas. With the latest urban development in the metropolitan cities and on the other hand a huge lack of resources, education and health care facilities, it has been noticed that the rural population has developed a tendency to shift towards the urban area. This has gone up in course lately which is why it is highly impacting the urban fabric and resulting in an unwanted urban sprawl. Every city is facing this issue as a havoc, resulting in growth of population density and lack of proper shelter. Government of India is coming up with various improvement schemes to help these people but unfortunately most of them are not often well executed.

Seeing such rhetoric conditions all around, back in 2018, two young architects Ayan Roy and Soumyodeep Das joined hands together soon after their graduation with a mission to transform a small remote village named Jaugram in Bardhaman district in West Bengal, India into a habitable space for the people who are staying there so that they are blessed with all the facilities and a good living. Rural development is still considered a biggest challenge in a developing country like India. Convincing the village crowd and the political bodies has been quite a task for which the Indian architects and designers do not invest time in such developments. High rise building construction has become so much catchy and profitable in this millennial world that the roots are being neglected even today. But this was not the story for this team of architects. Well, it started as an initiative for a competition project by Indian Green Building Council which they gloriously won but they didn't take a pause there. Looking at the deprived condition of the village and the people during their case study, the two youngsters and their team decided to make this a live project convincing the district head and other investors to help them raise fund for this incredible work in the chosen rural area. 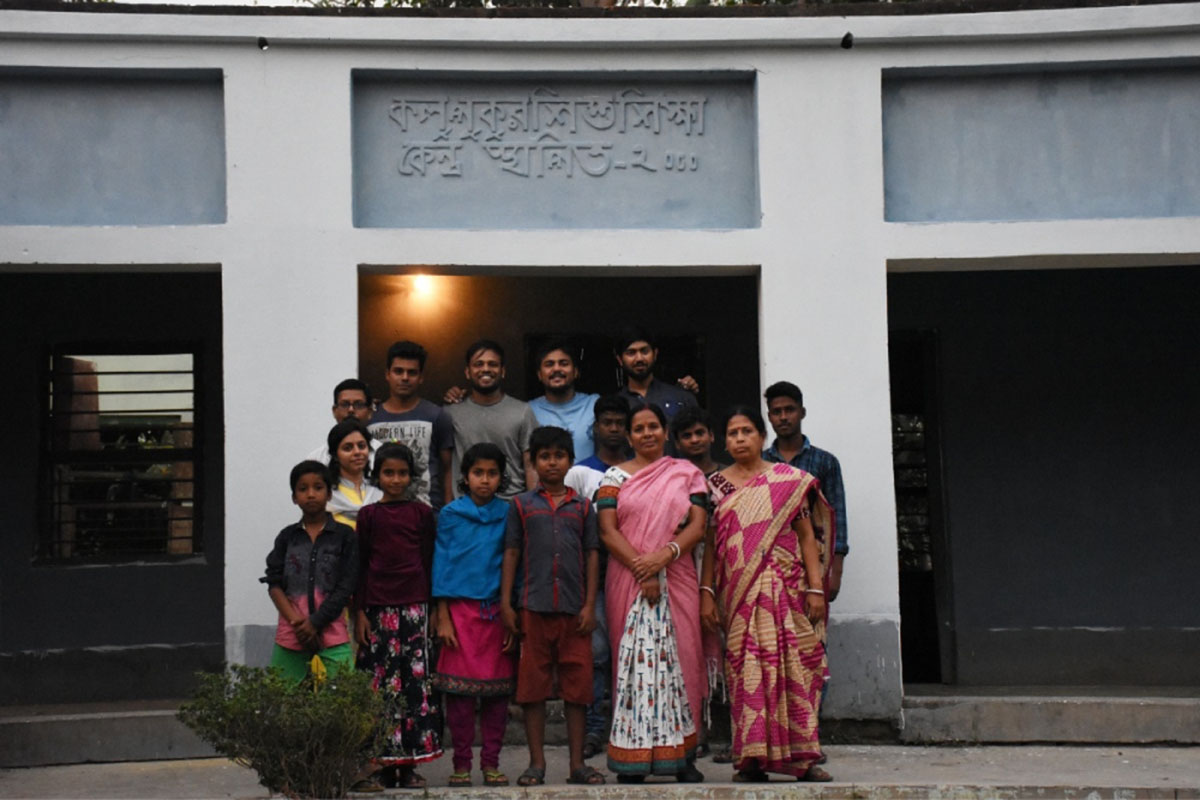 Why Jaugram? A brief site study...

Jaugram has been known for holding a niche population of 11500 people approximately engaged in agricultural activities. After a thorough analysis it was seen that this area has an immense potential to attract the main fishery cultivation in the eastern zone of our country within its abode. Around 152 numbers of ponds were identified in each household and a main Damodar Canal of West Bengal state was seen to be running beside this place. 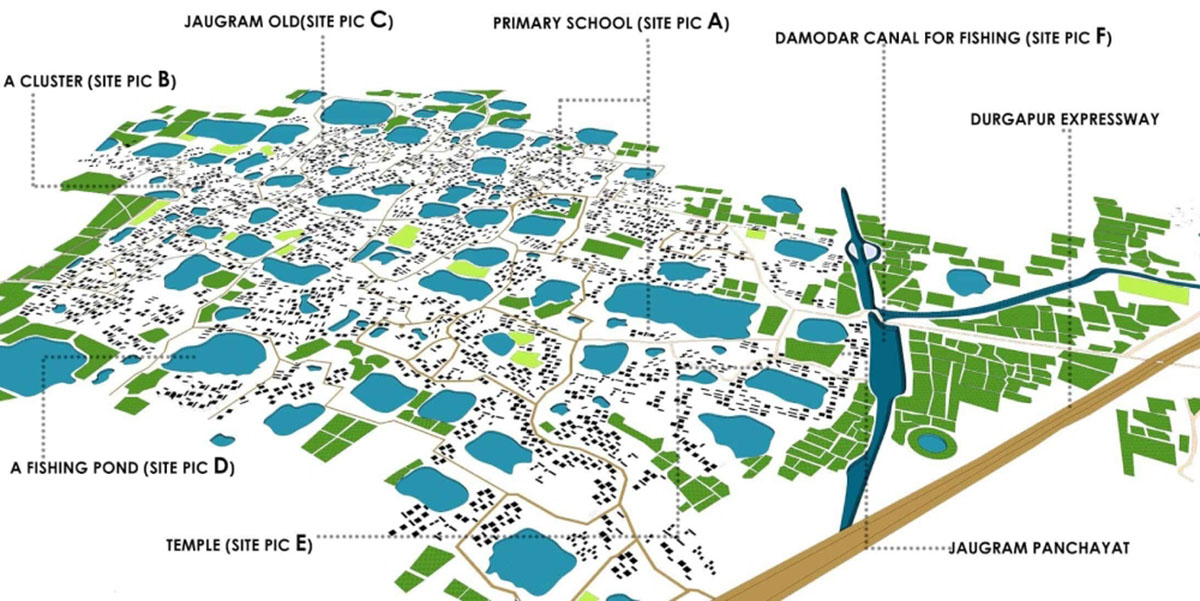 The conceptual zone mapping of the whole Jaugram village 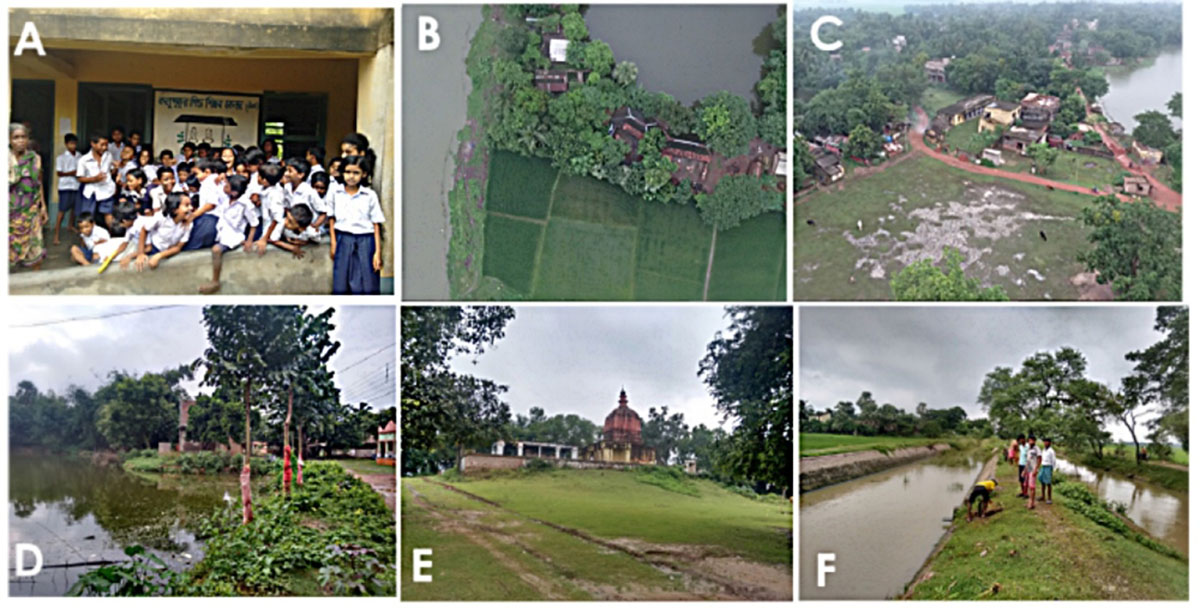 On the other hand, in order to promote a revenue generation from agricultural resources, the design team choked out different hubs and sectors and divided it into three different phases. The design demanded a macro and micro level development in all the three phases. Various nodal points were highlighted on the village map (as shown in the image) in order to figure out the main central node from where the development may start and slowly spread its wings to get the ultimate transformation. Starting from educational institutes to market place, each places were taken in account after thorough scrutiny by the team and design proposals were made in accordance to these analysis. 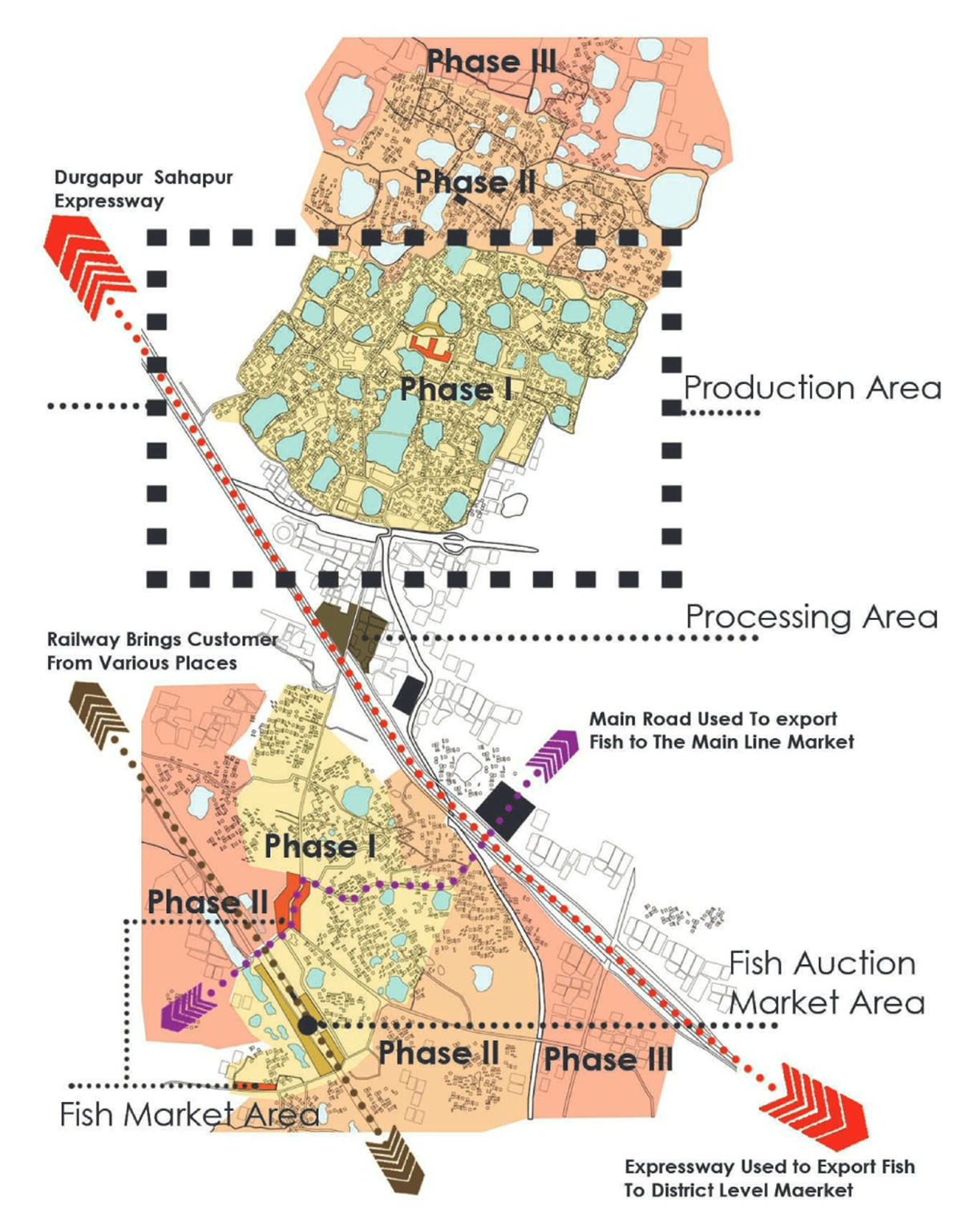 The village map showing the division of the three phases 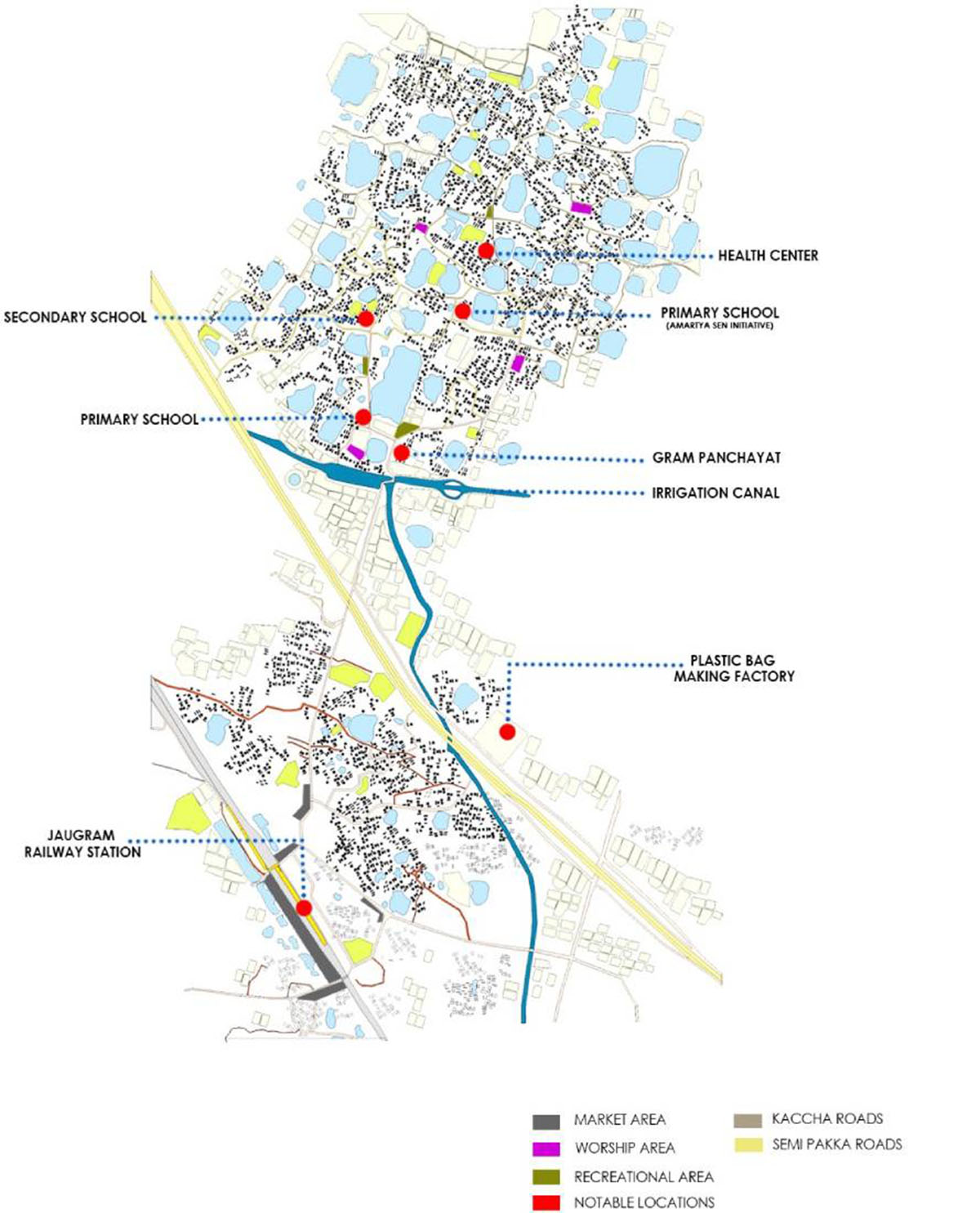 The identification of the main nodal points

The Synthesis of the Design Process

The proposal was laid in a way where both the State Government and the local villagers will be able to benefit from the overall development. The design model concentrates on the infrastructure development of the overall village area especially the main identified nodal points thereby promoting the  idea of Transferable Development Right where each one involved in the growth of a certain industry is equally benefited. There were seven  principles of design development that was followed and each of them was thoroughly justified in their over all design proposal. 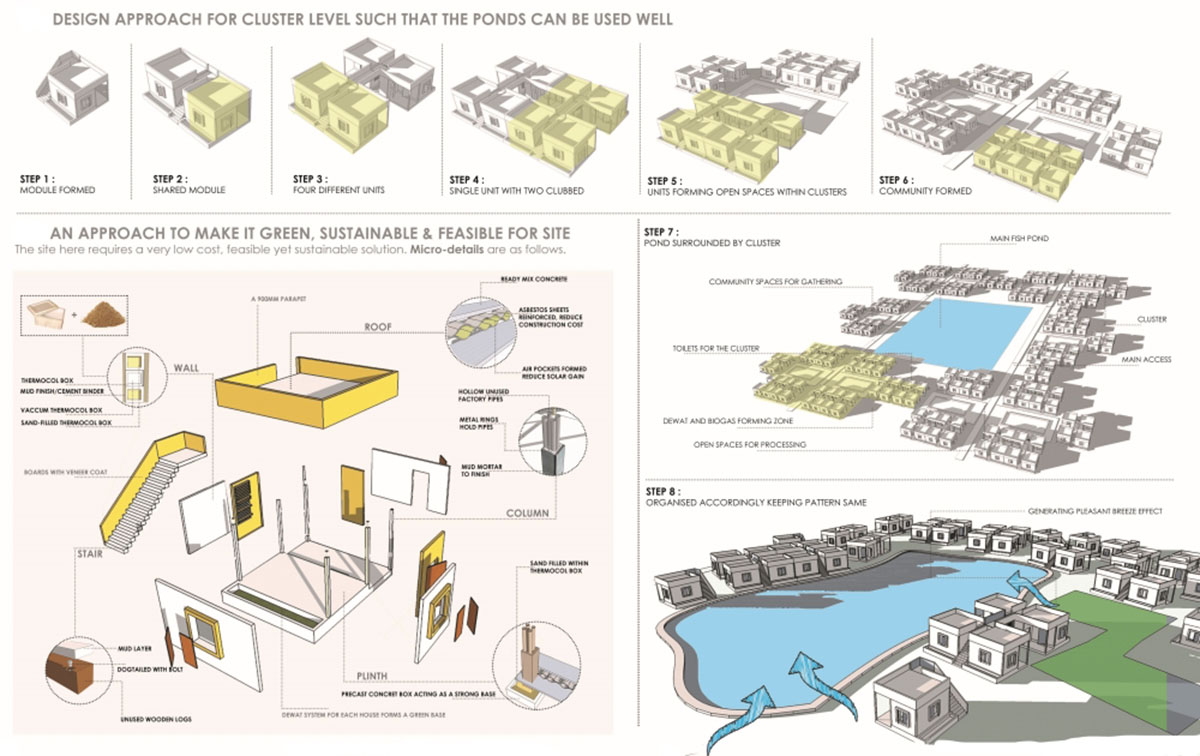 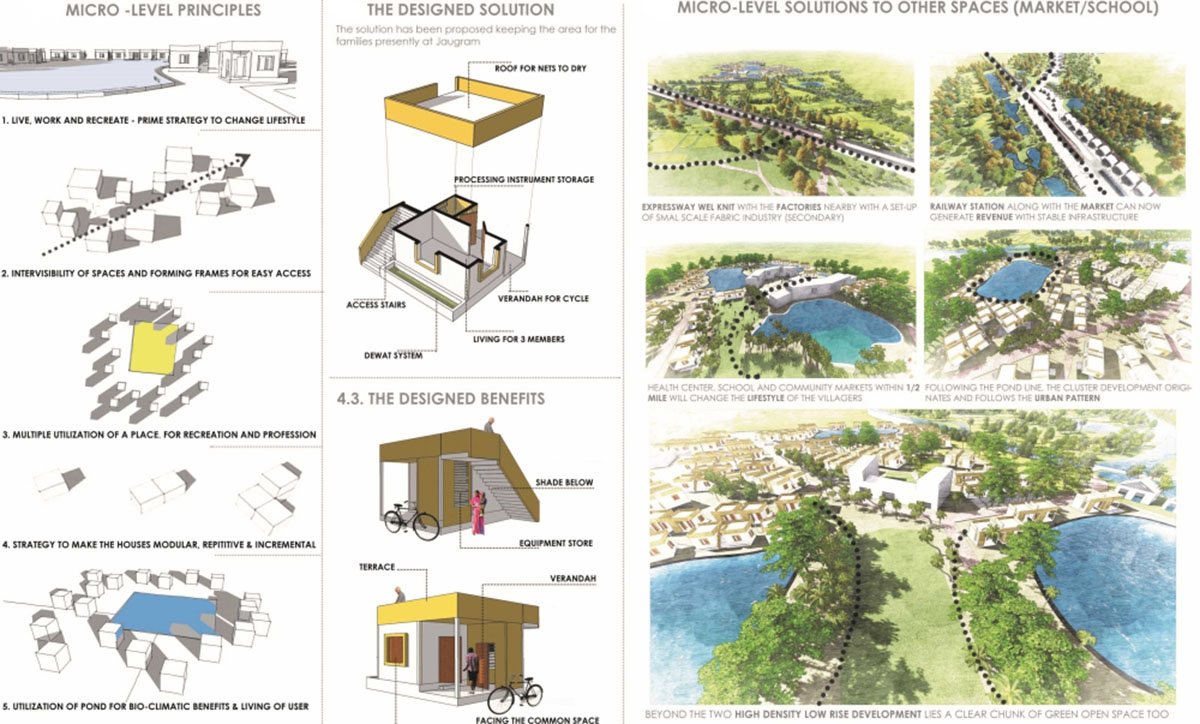 The design proposals and synthesis

Large scale rural development especially in India is an extremely tough work to implement in reality. There are several factors like Village level micro management, coordination with the political parties and local goons, lack of understanding of the villagers about the development scope and convincing them, major lack of materials and its availability and so on. The challenge lies also mostly on the funding of these projects and financial support as private investors do not like investing in such places which has no rate of return. Every architect faces a huge challenge to start off with their proposal and actually execute them.

With the lack of funding and political support, these two young men decided to take the workmanship on themselves and decided to use locally available materials and starting its development at the main central nodal point that is the Primary School. They got in touch with the investors and decided to start developing the school area and its periphery. Soon local paint vendor companies, glazing companies came forward to help them with this initiative. They got in touch with the local NGOs to raise a funding. Seeing this the local people joined hands and offered their help. With this, the political areas also got more or less convinced and started construction of a wide metal road near the school which was a Kaccha road.

The biggest success was when the West Bengal State Government went through the proposal and was convinced with the initiative and decided to invest for the overall village development. This was a biggest challenge won for the team who is now currently working on another project on rural development in Sikkim, West Bengal, India. 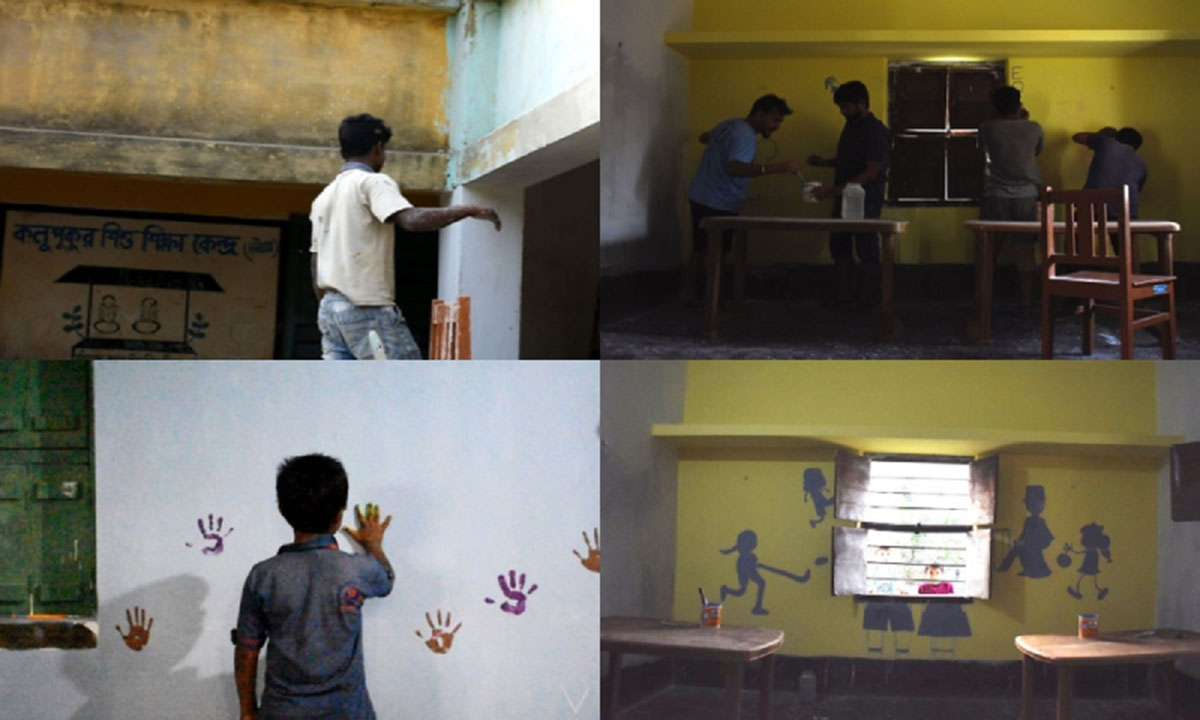 A few glimpse of the school redevelopment

They believe in the ideology of the fact that development should start from the roots and then move to the branches, and like a country in India, roots lie in the Village. They request every individual in the architectural fraternity to come forward and equally contribute in the rural scale development so that none of the countrymen are deprived from the basic necessities which is the shelter.

All the images courtesy of VBridge, Kolkata