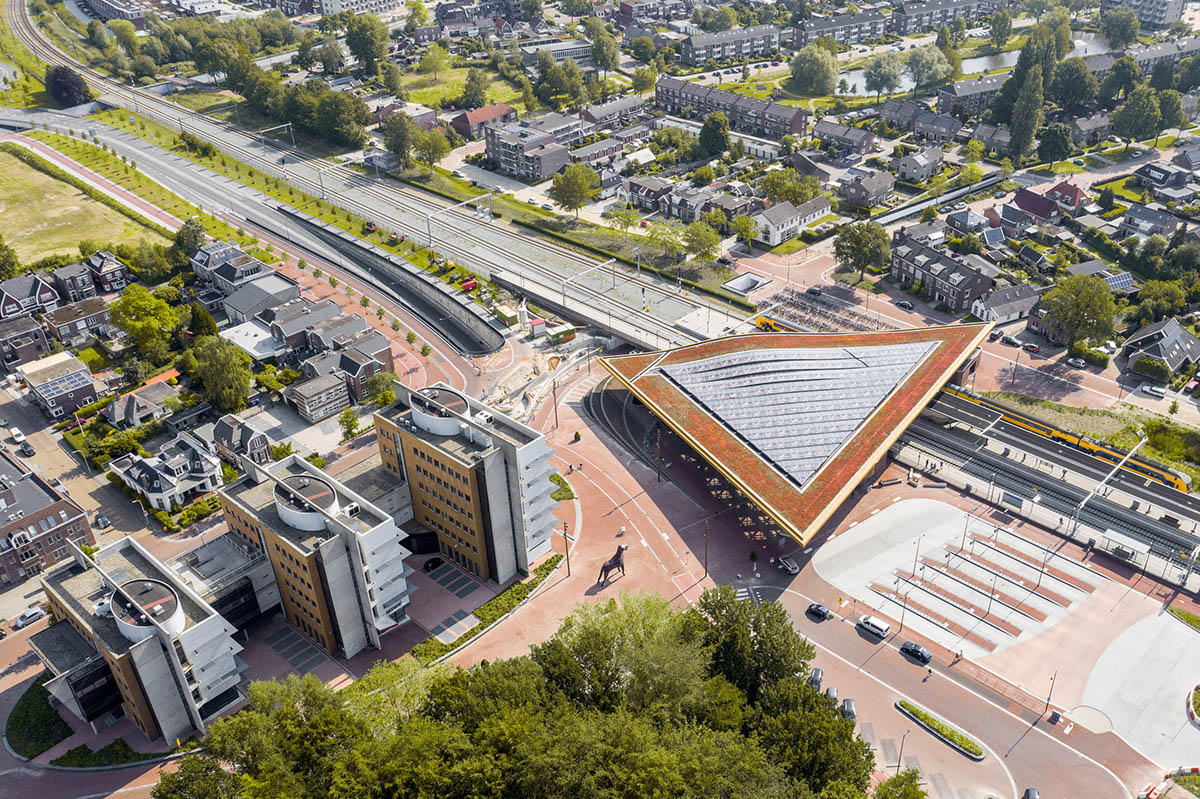 Powerhouse Company and De Zwarte Hond have completed a new station in Assen, The Netherlands. Named Assen Station, the station features an extraordinary wooden structure defined by a triangular wooden roof that appears to float above the several buildings below.

The new station connects the railway line and the city with a single urban gesture. The construction of a new car tunnel under the station square has allowed a traffic-calmed public space to be created around the station.

The station was designed by Powerhouse Company and De Zwarte Hond on behalf of NS, ProRail and Assen municipality. 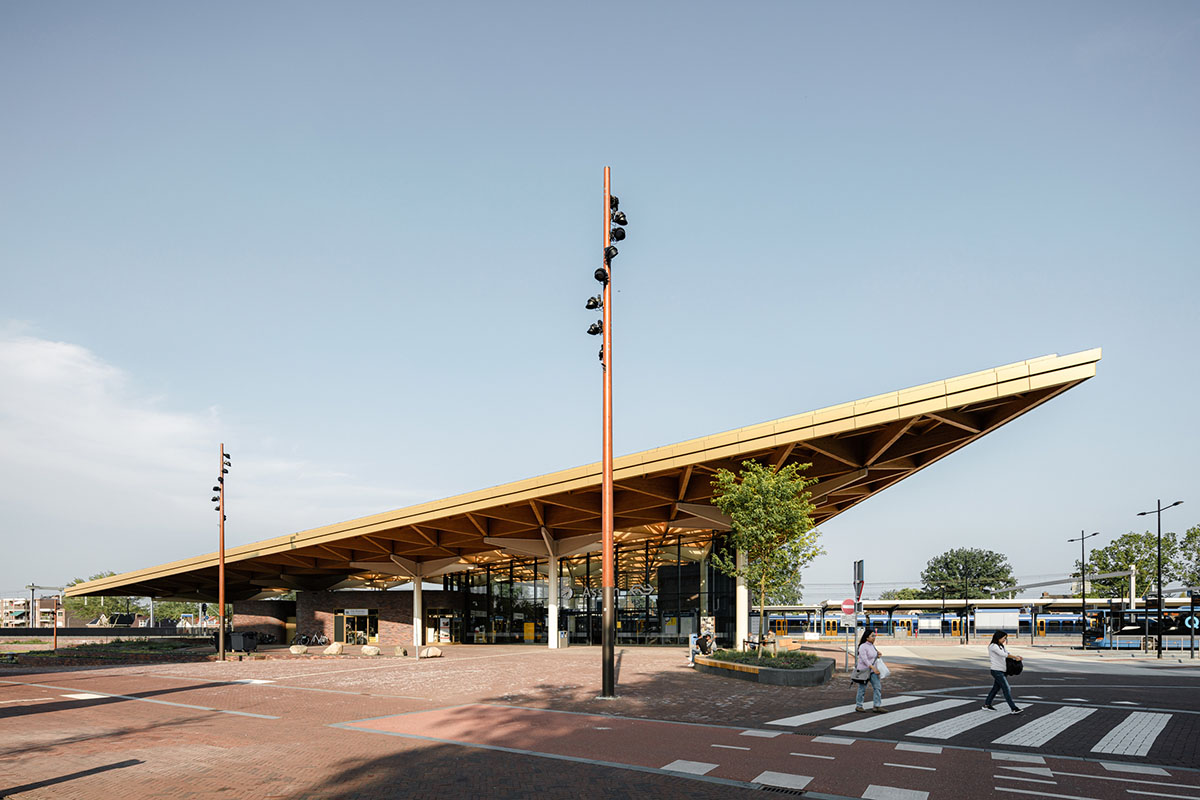 Assen Station was originally a transit station where the city remained invisible to travelers. The municipality of Assen therefore asked for a transparent and inviting station on the regional level, which would at the same time remove the barrier of the tracks on the neighborhood level.

Powerhouse Company and De Zwarte Hond designed the new station as an all-sided building – connective, transparent and sustainable – that is equally inviting from every angle. The impressive triangular geometry of the roof gives the building a strong identity, organizes the program and also makes a connection with the urban context. 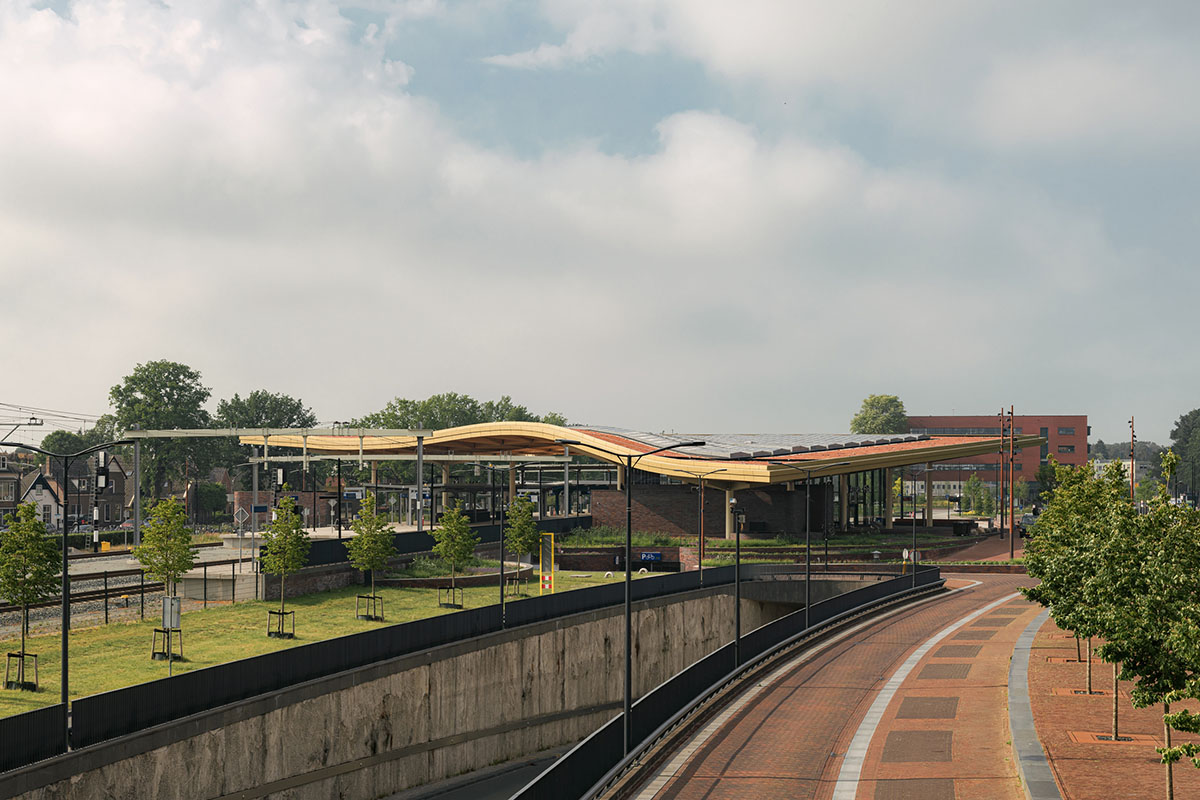 "The shape of the canopy was created by placing an apparently simple triangle on the site, with a slight slope at the entrance of the underground bicycle shed and a curve at the level of the tracks. This has created an elegant, almost floating structure that responds on all sides to its context," Nanne de Ru, Founder Powerhouse Company. 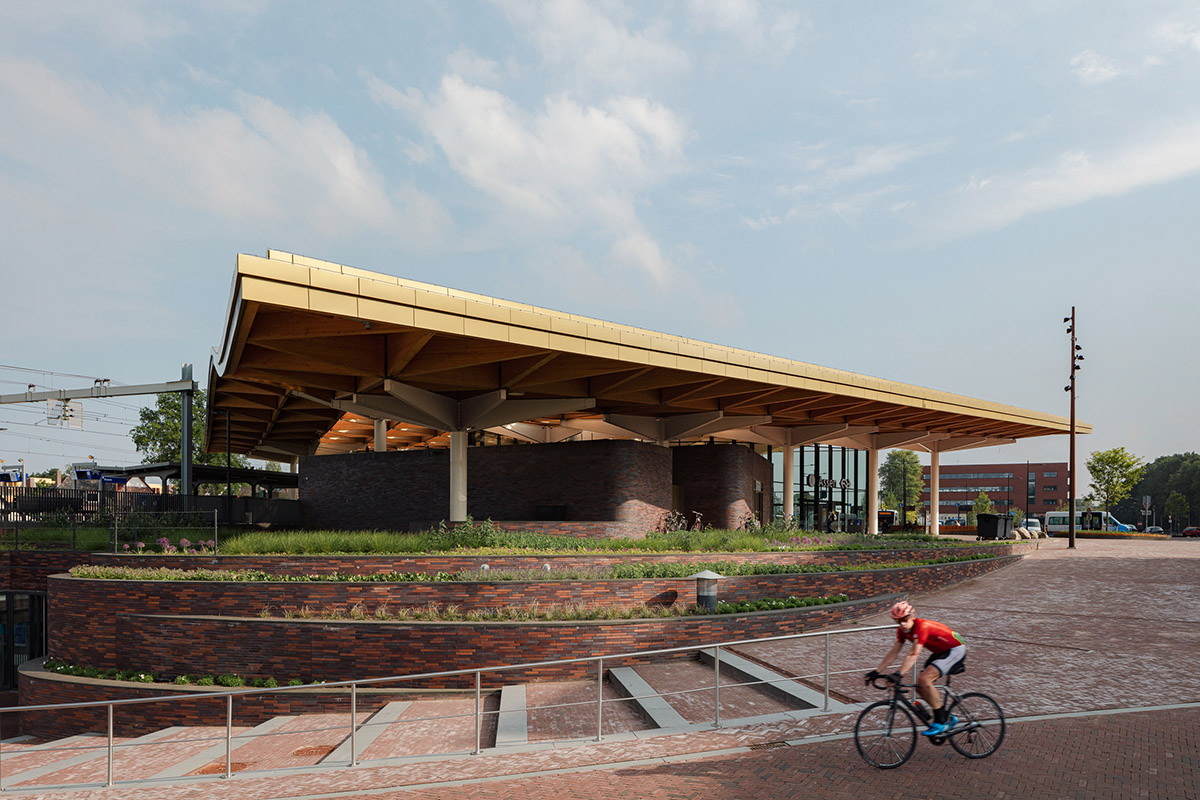 The 3,000-square-metre triangular roof is made entirely of wood. This is a first: it’s the only example in the Netherlands where a station’s roof bridging train tracks has been entirely constructed in wood.

The design team took their responsibilities seriously when it came to sustainability. The choice for a natural building material also fits well with the green character of the city of Assen and its surroundings.

The wooden roof creates an inviting atmosphere for travelers. Windows in the middle of the roof allow a play of sunlight on the platforms and in the station hall. The wooden roof is 10 meters high and has three uneven sides with lengths of 78, 88 and 90 meters. 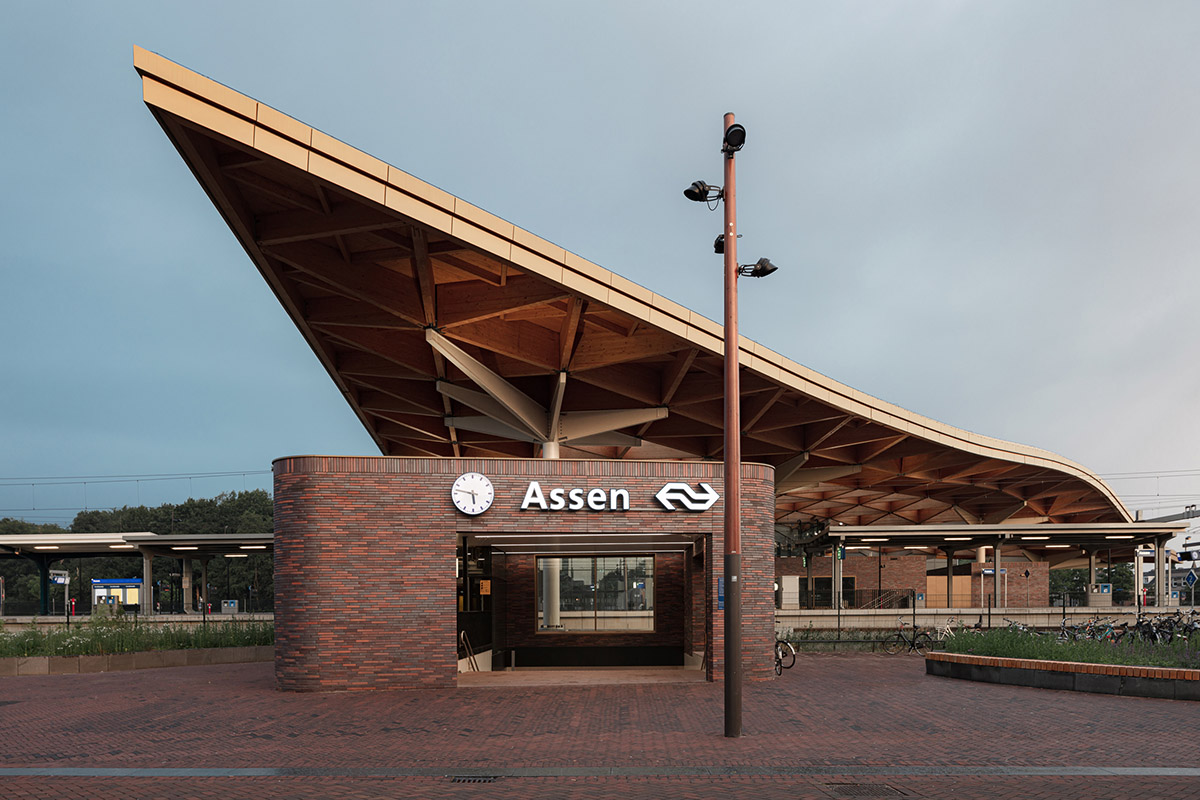 A green sedum roof surface has been added along the edges for buffering rainwater. For durability and easy maintenance, the columns and roof edges are finished in a coated metal finish in a champagne color that harmonizes with the wooden beams.

By constructing the roof with freestanding columns, the program beneath can easily be adapted. This sustainable design thus provides for future changes in passenger numbers and commercial facilities in the pavilions. 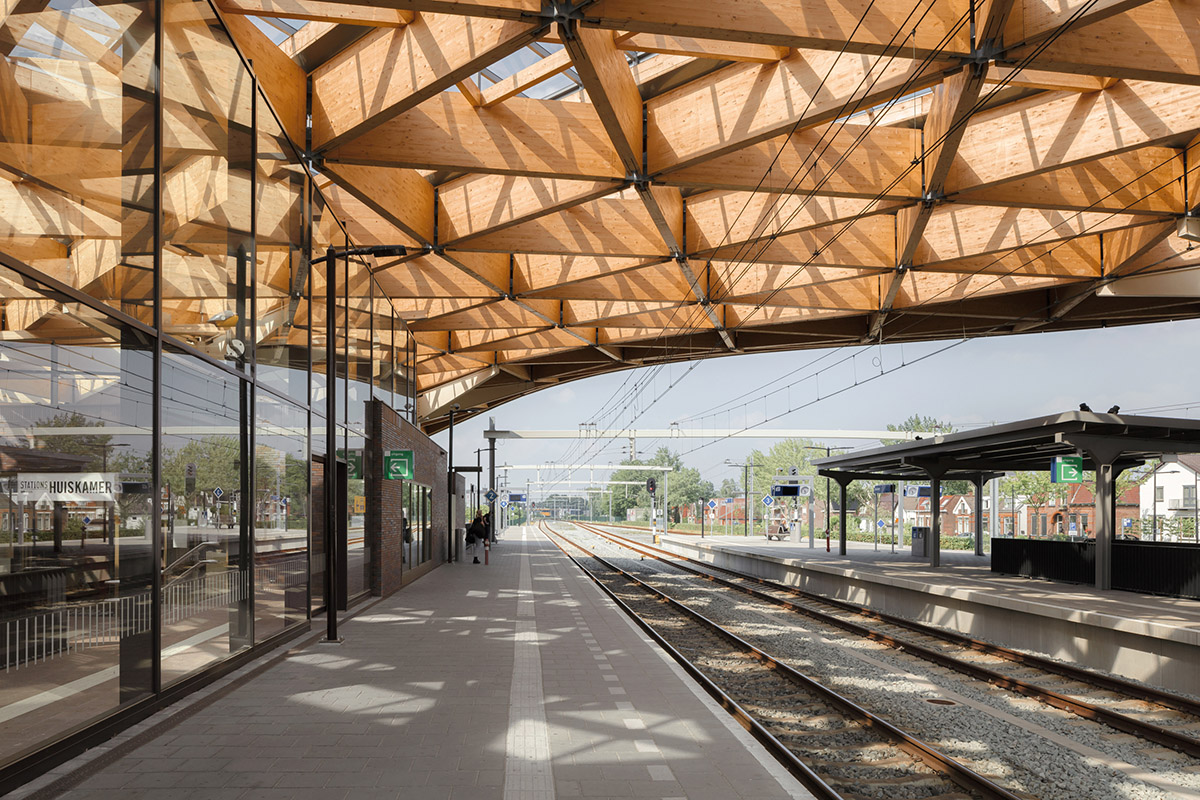 "The strength of the design lies in the strongly connective form. This helped to maintain the concept throughout the process, while also being able to represent the different interests of all three of our clients - ProRail, NS and the city of Assen," Stefan Prins, Partner Powerhouse Company. 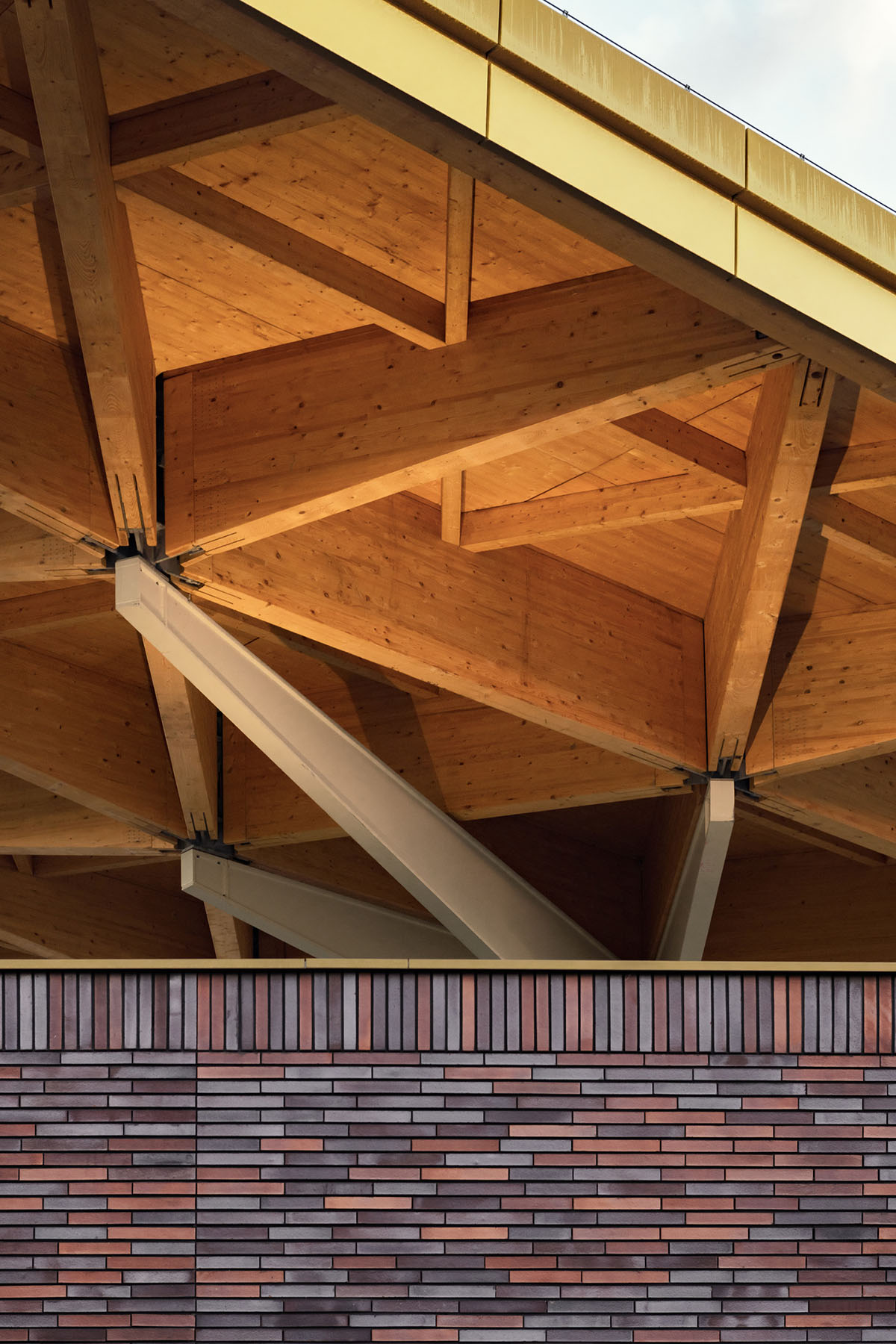 The station as public plaza

Under the wooden roof construction, detached buildings offer space for the commercial and station-related functions. A logical organization of the functions results in an open and accessible station. The buildings have brick facades with rounded corners. The purple-red toned facing bricks match the red carpet of brick pavers and the red porphyry of the station floor. The station thus functions as a public plaza marking the beginning of the main route towards the city center. 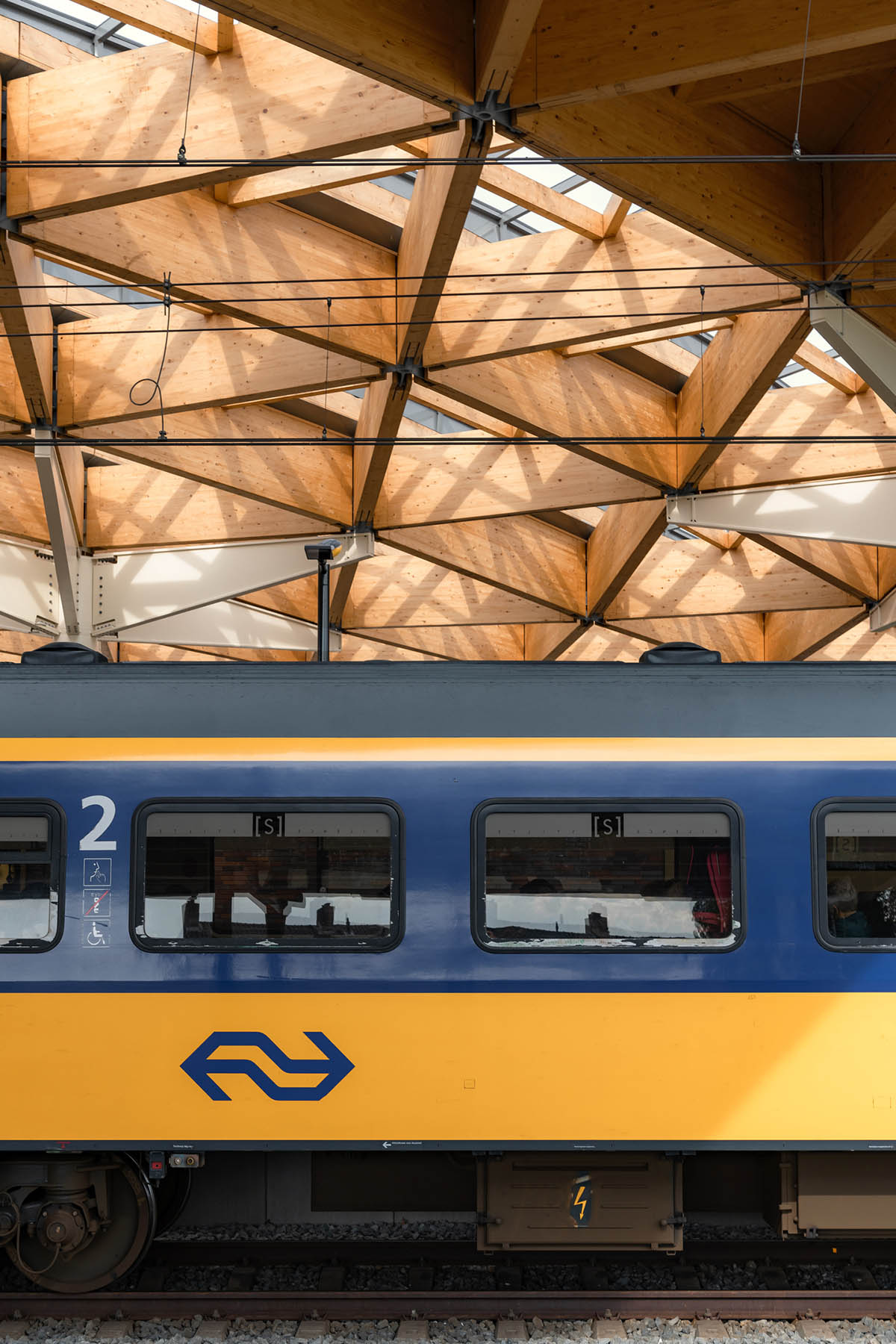 The new station is not isolated. It forms the most eye-catching part of the Florijn Axis, the area development that promotes the accessibility and expansion of the city of Assen and improves the connection with Assen-Oost.

The triangular station roof completely spans the newly expanded railway line and thus fulfills a key role in connecting the eastern and western districts. The complex transport flows of the station square have been resolved with a new platform tunnel for pedestrians, the restoration and shortening of the existing bicycle tunnel, a car tunnel and an underground bicycle shed for 2,600 bicycles. This has created a pedestrian-friendly station area with high-quality greenery, minimal impact from cars and a pleasantly human scale. 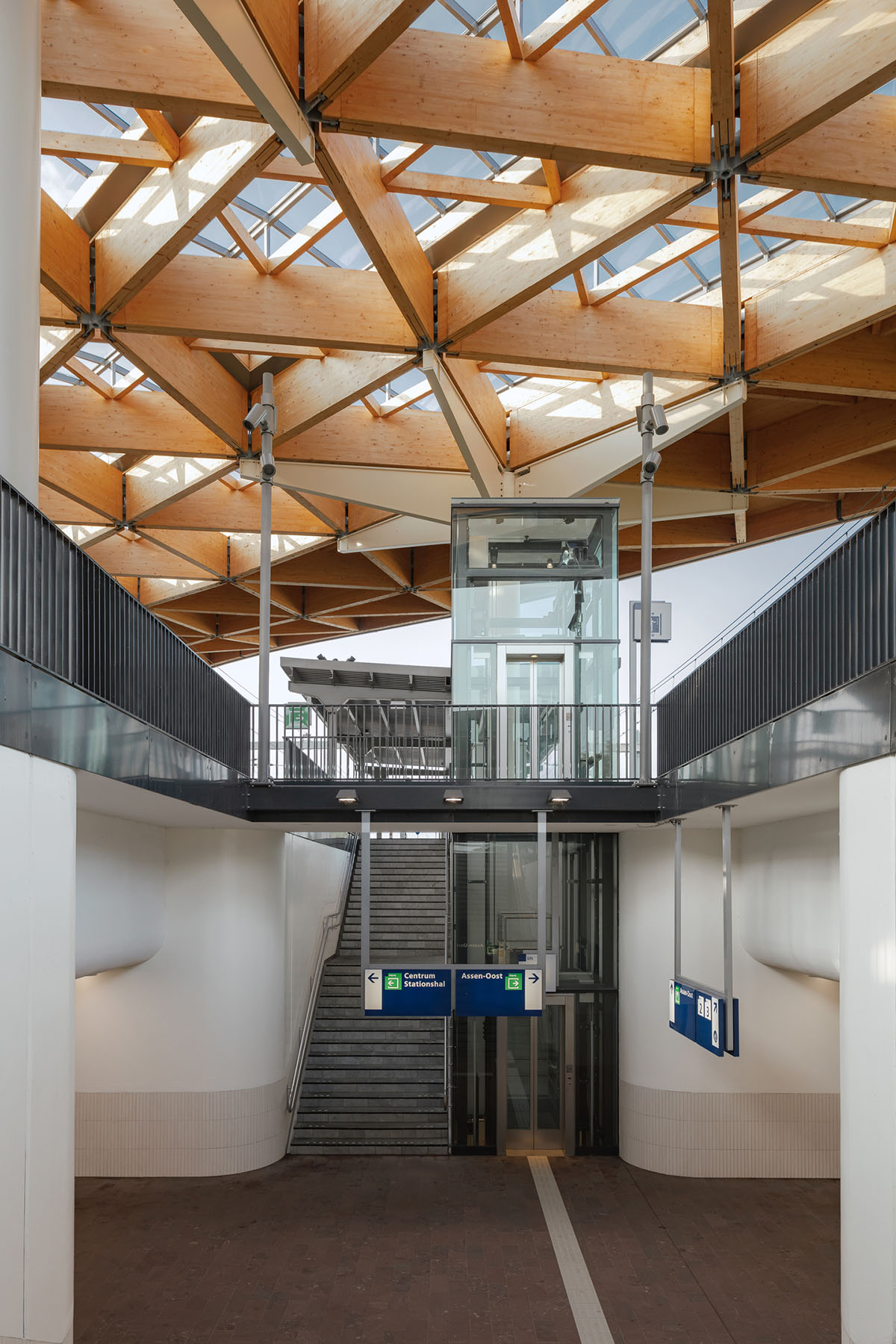 "The new station gives substance to the ambitions that De Zwarte Hond previously incorporated in the master plan study for the Florijn Axis and the urban plan for the Assen station area: good accessibility for all modalities," Jeroen de Willigen, Partner De Zwarte Hond.

With a connective architectural gesture in wood, Assen Station combines a grand and inviting entranceway with an optimal multimodal junction that connects the city with the region. 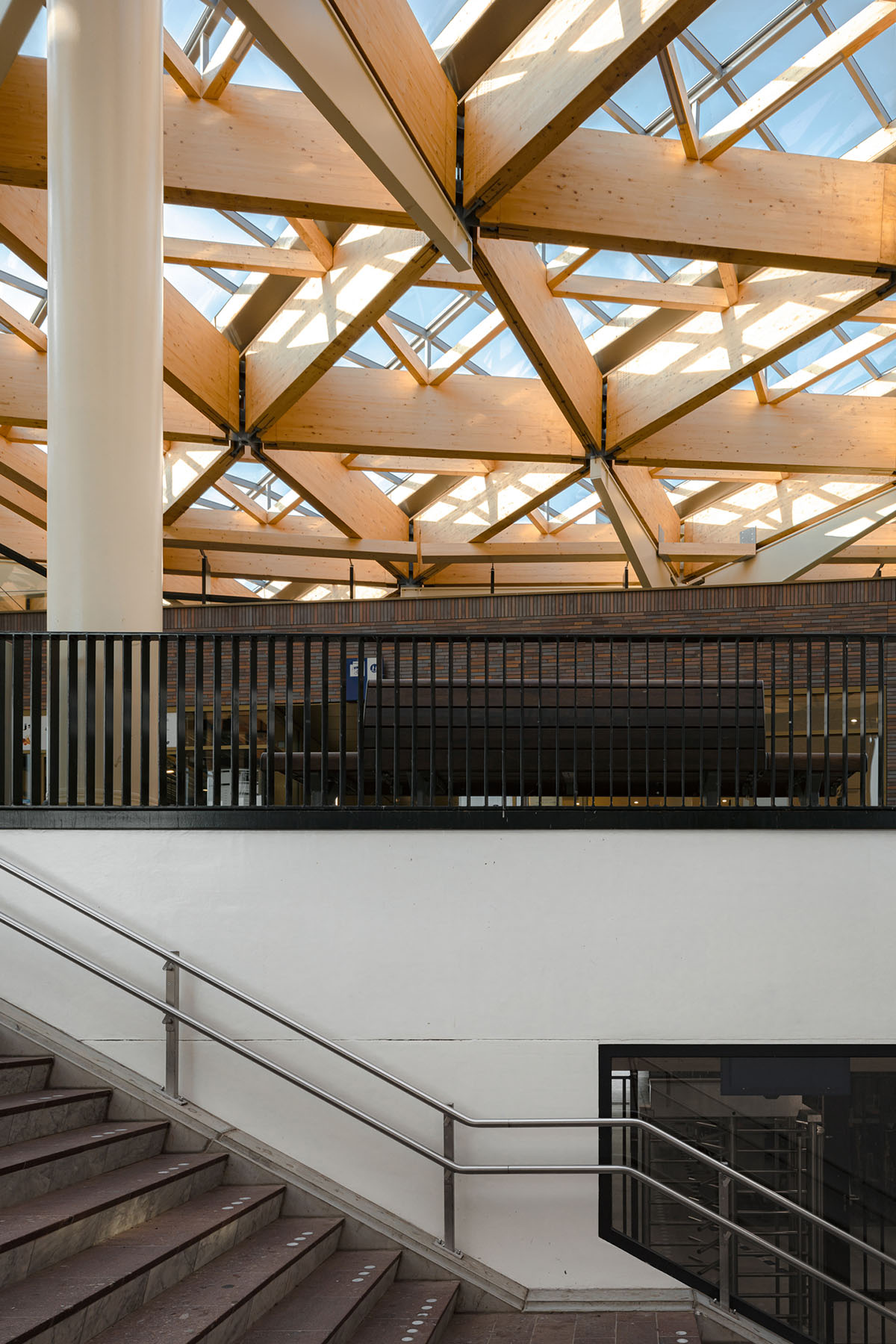 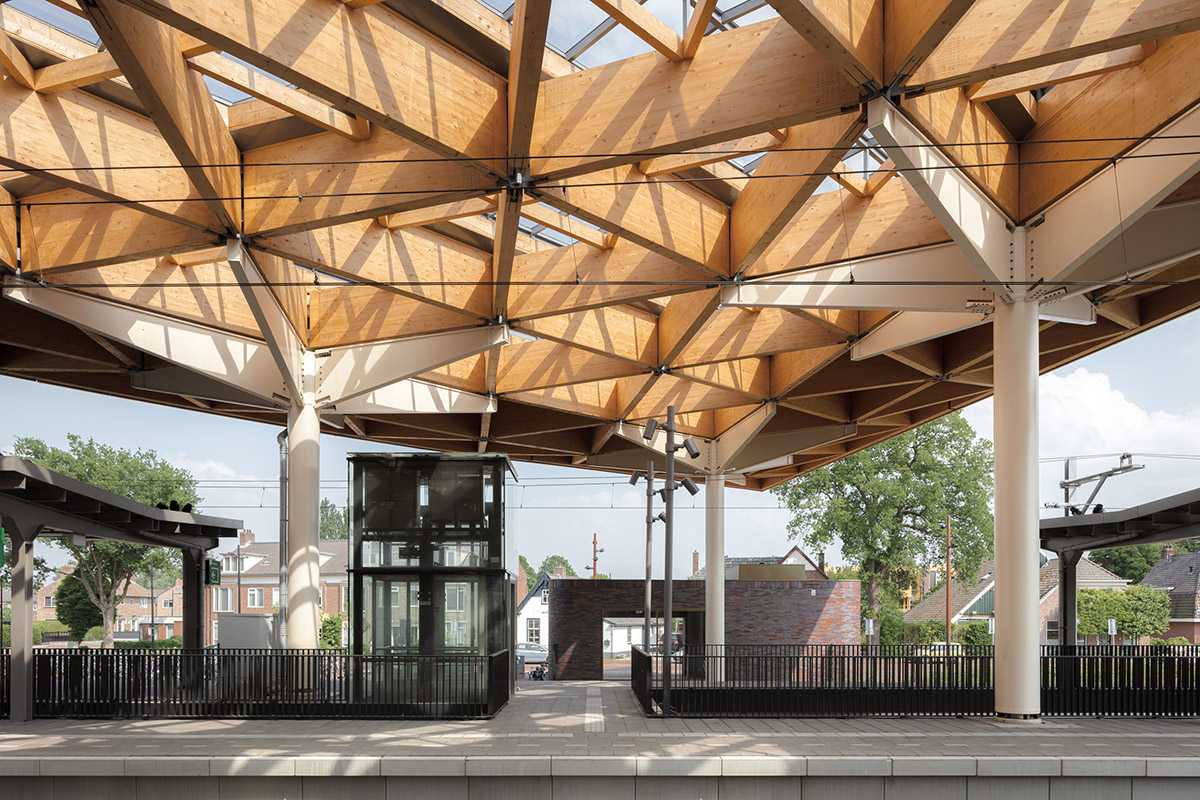 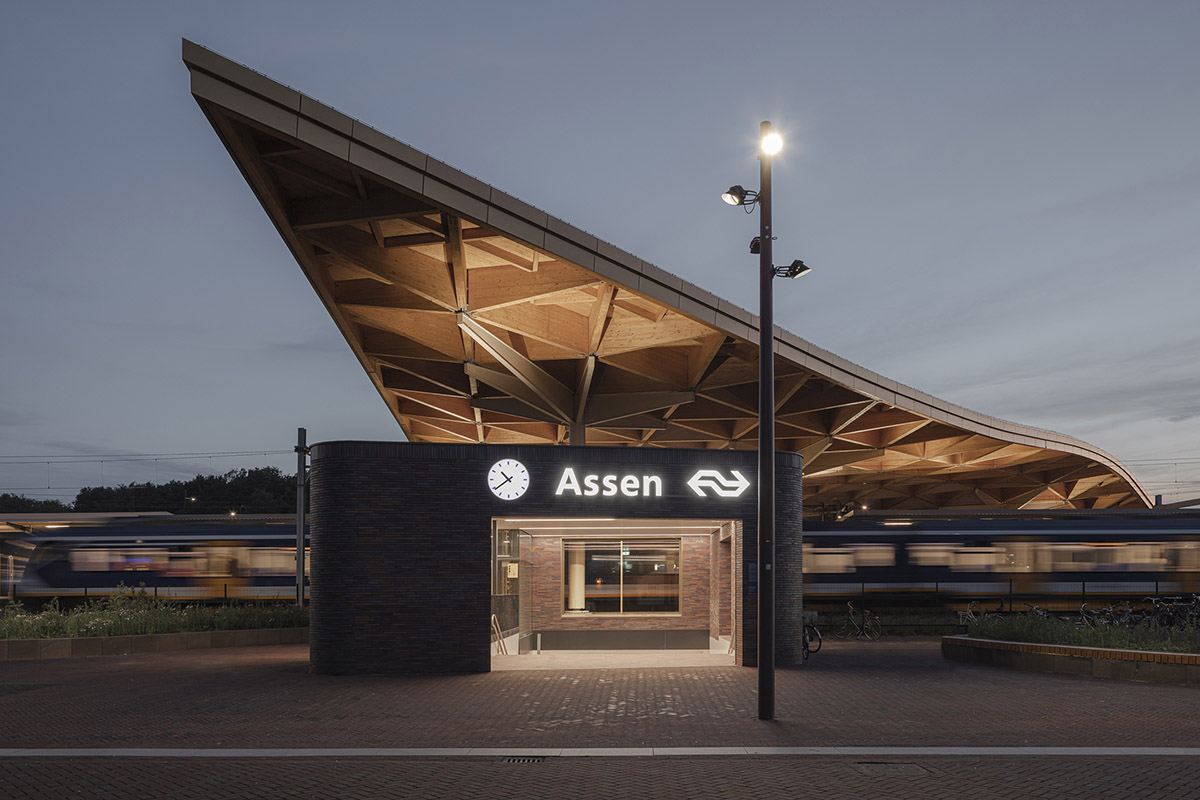 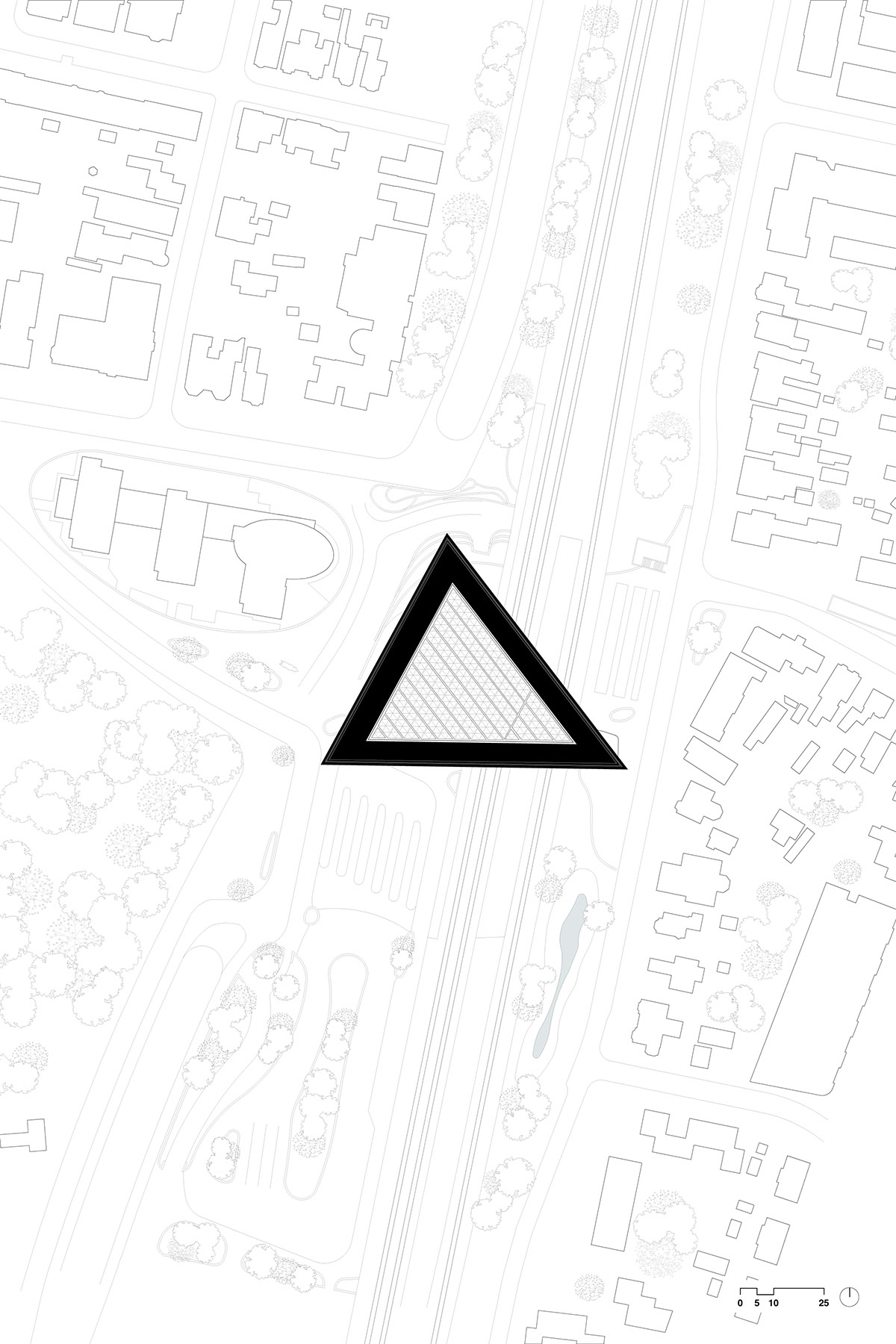 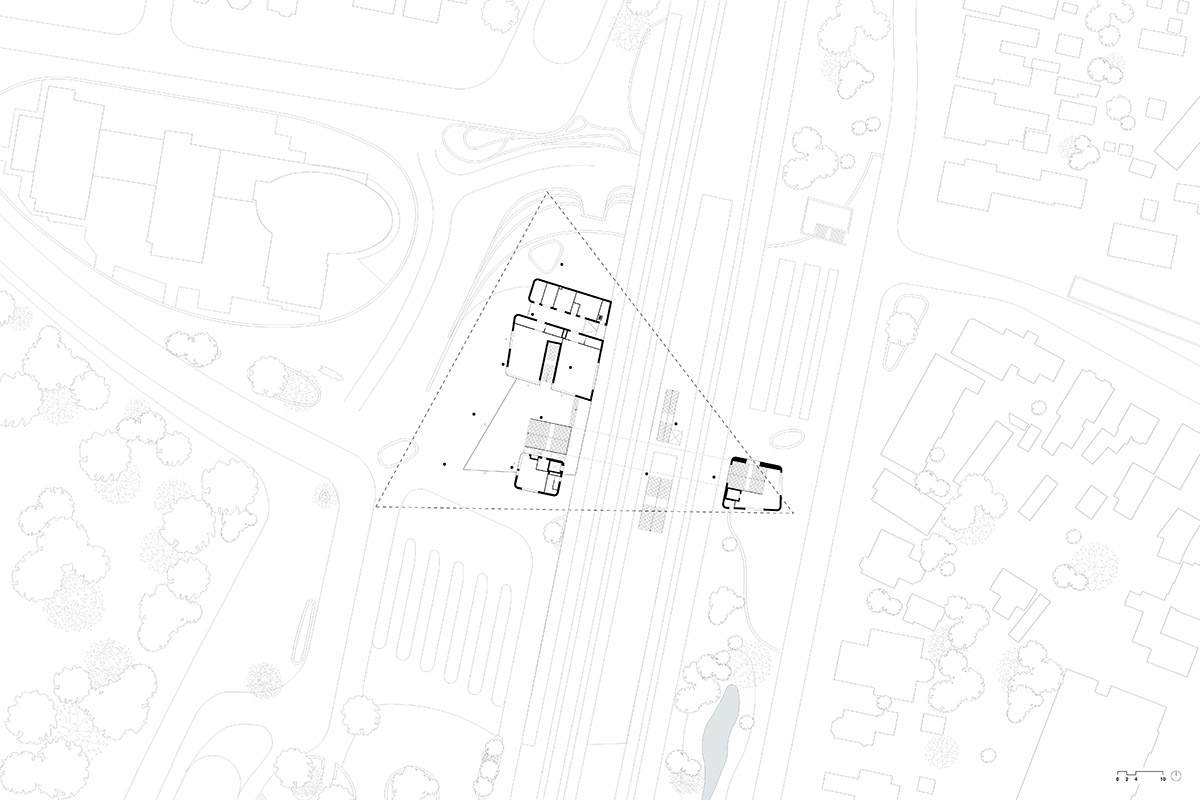 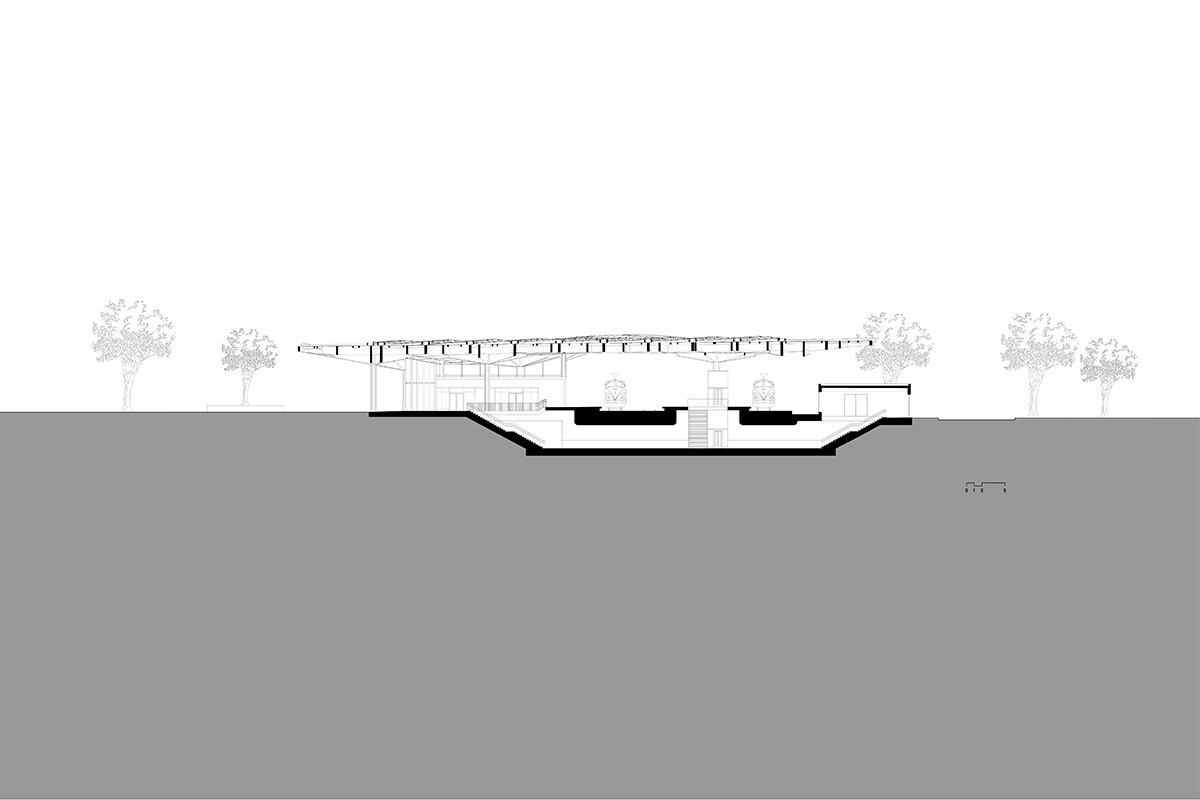 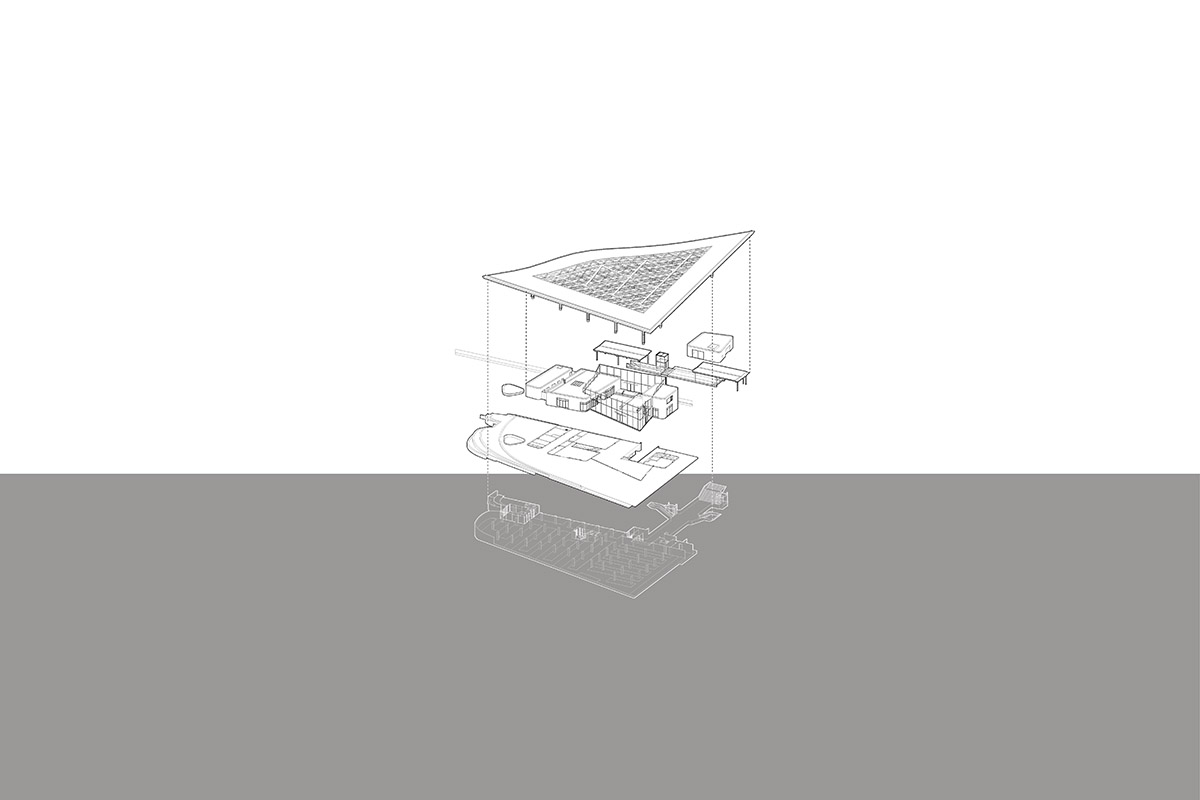