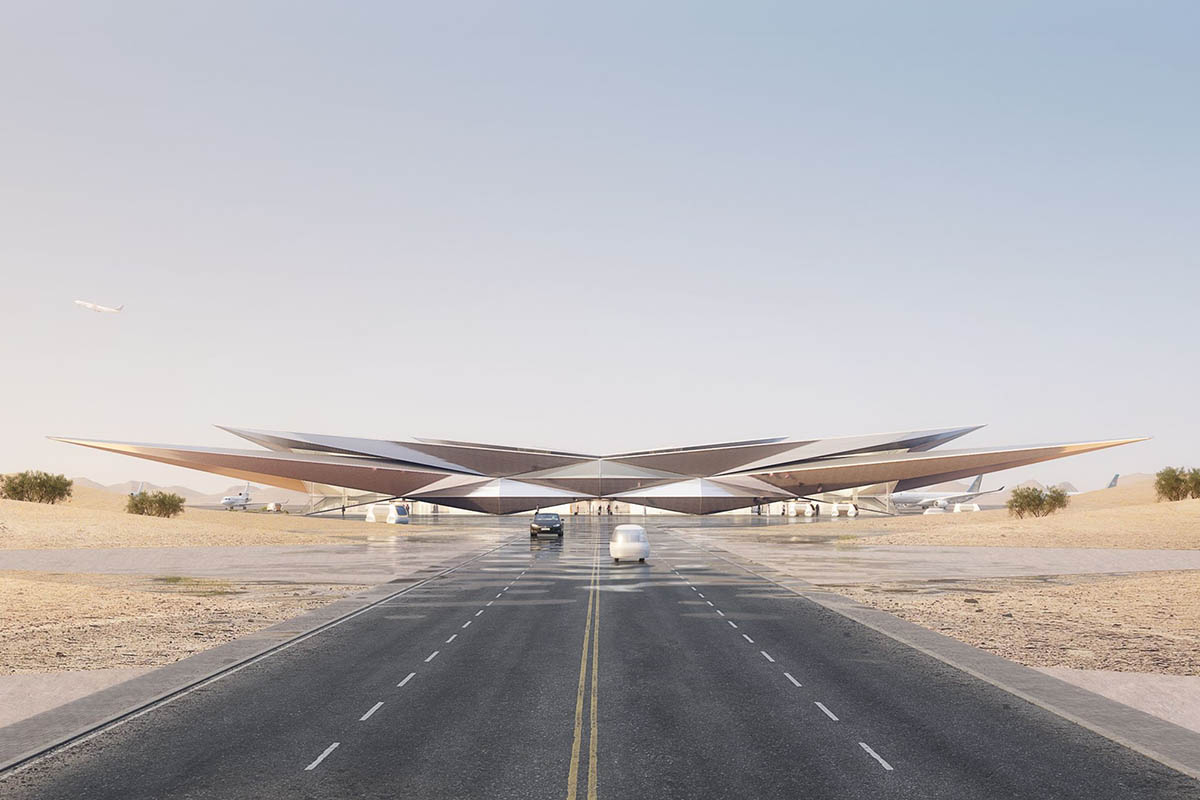 New images have been unveiled for Foster + Partners-designed new airport in Saudi Arabia. The new design, selected by AMAALA, an ultra-luxury tourism project on Saudi Arabia's northwestern coast that is inspired by the Red Sea, was revealed to the public in a press release on June 24, 2020.

The project will comprise a terminal building and a tower - which was conceptualized by the UK based architecture practice Foster + Partners, while the airport master plan was designed by Egis, an international consultancy and engineering group.

Taking inspiration from the optical illusion of a desert mirage, the new airport is expected for completion in 2023 and is estimated to accommodate one million travellers per year once it officially opens.

"On approaching the airport, travellers will see stunning land art from the air. Entering the terminal, visitors will be greeted with a sleek mirrored edifice rising from the desert," stated in a press release.

The structure takes cues from the surrounding environment, resulting in a mesmerising "mirage effect."

It will include a spacious courtyard and will anchor the terminal. Its sleek interiors will complement the whole structure with unique artwork and tailored experiences. 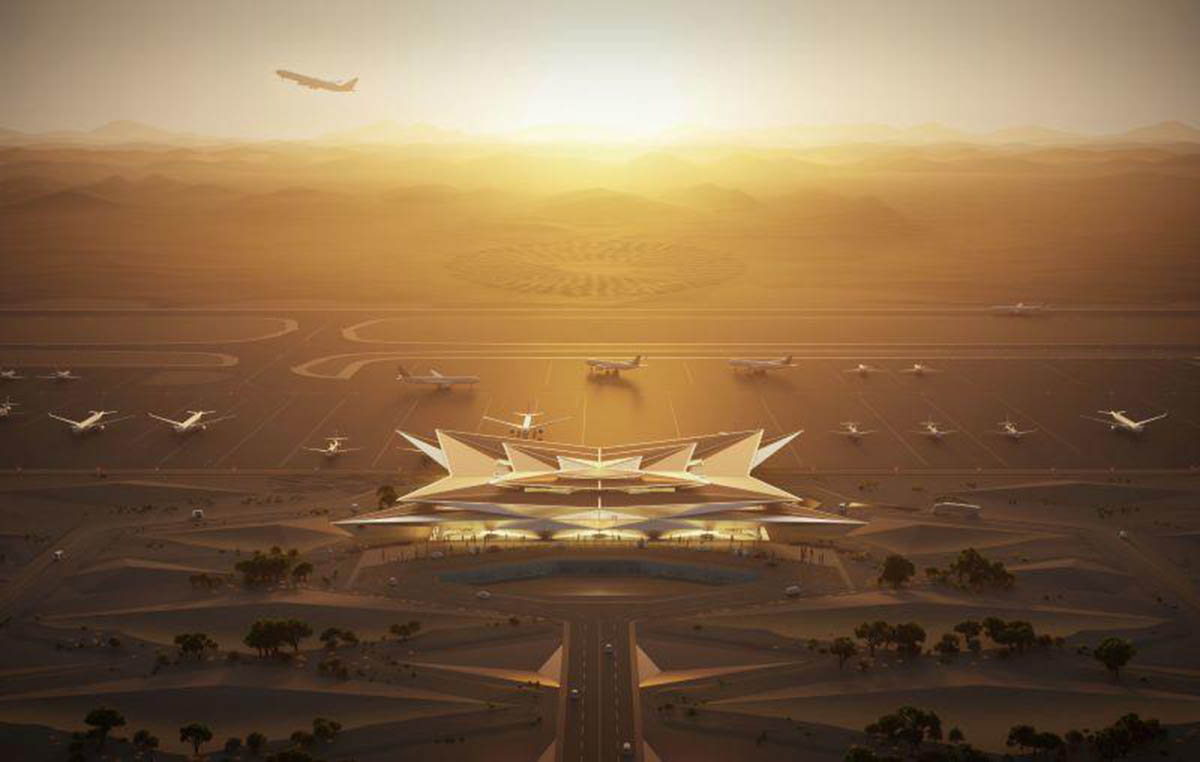 "The airport will reflect AMAALA’s ultra-luxury hospitality spirit, providing an exclusive private-club experience perfectly encapsulating AMAALA’s pillars of art and culture; wellness and sport; and sea, sun, and lifestyle," added in a statement.

The terminal building will contain a list of amenities provided by the airport. Some them are climate-controlled hangars that will be available for private jets as well as a ground transfer service that is accessible from inside the arrival hangar.

"Responding to the surrounding landscape, the terminal building will form an exclusive gateway to the AMAALA resort," said Senior Executive Partner of Foster + Partners, Gerard Evenden.

"The passenger experience through the entire building will be akin to a private members club – luxurious and relaxing."

"Focusing on the themes of art, wellbeing and sport, the design seeks to establish a new model for private terminals that provides a seamless experience from resort to aeroplane," Evenden added. 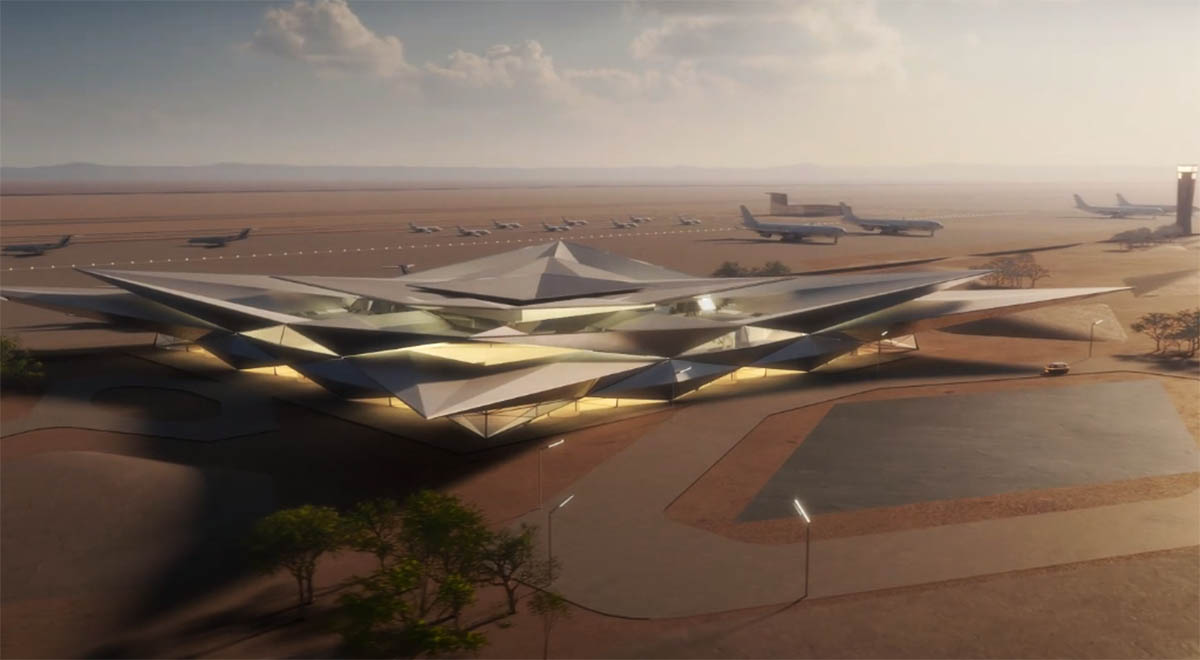 "A gateway to AMAALA, visitors will be greeted by personalised experiences from the moment they step off the plane. From design to personalisation, this will be no ordinary airport," Chief Executive Officer of AMAALA, Nicholas Naples.

"Immersed in the spirit of AMAALA, the airport will create an environment that embodies the philosophy of the destination beyond."

"This will be a unique space that personifies luxury and marks the start of memorable experiences for the world’s most discerning guests. We are delighted to work with Foster + Partners and Egis on this project," added Naples. 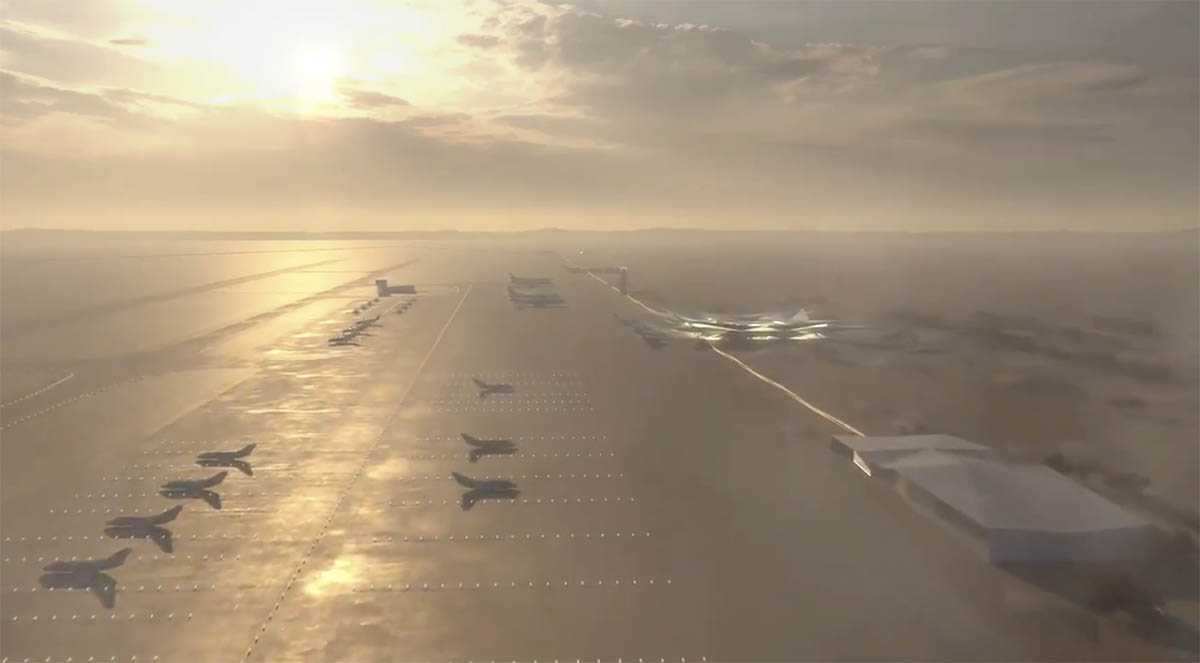 In 2018, Norman Foster suspended his advisory role for Saudi Arabia's $500 billion Neom mega-city project, after the news come out about the missing journalist Jamal Khashoggi.

Earlier this year, HKS Architects was appointed to design a masterplan for the two of the three communities - Triple Bay and Coastal Development - that will compose the Amaala resort.

AMAALA’s trio of communities – Triple Bay, Coastal Development, and The Island – will represent three different sets of experiences for visitors. The destination’s development will be rolled out in three key phases, with completion slated ahead of the realisation of Saudi Vision 2030.

All images courtesy of AMAALA