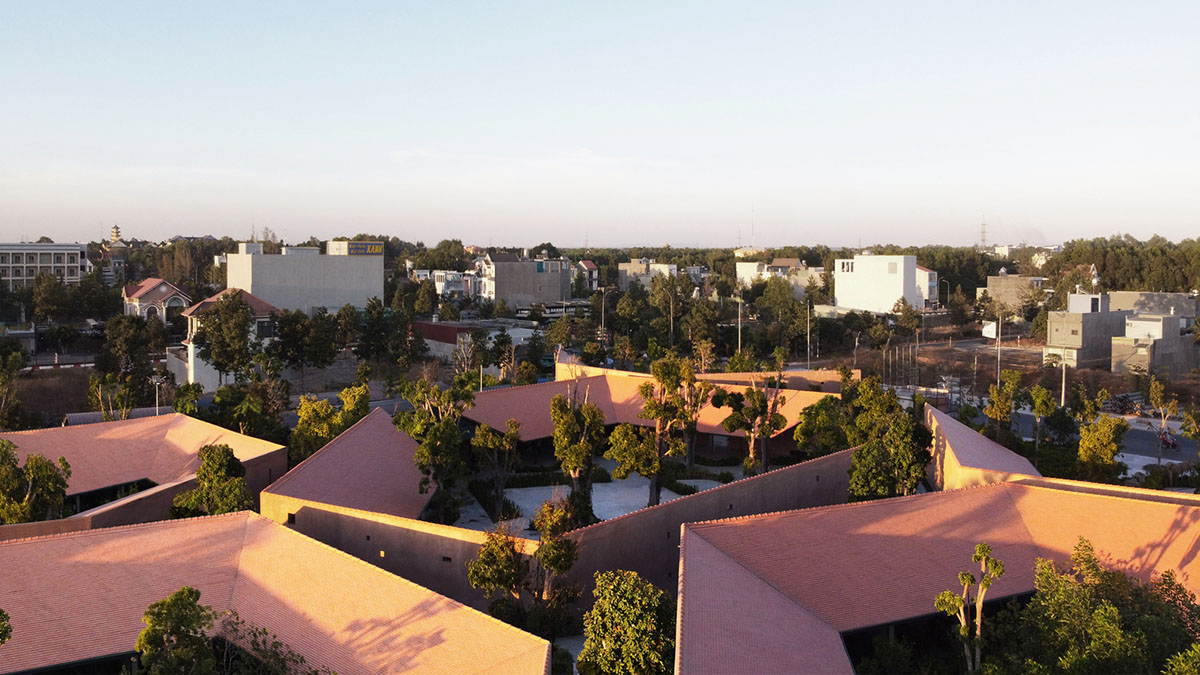 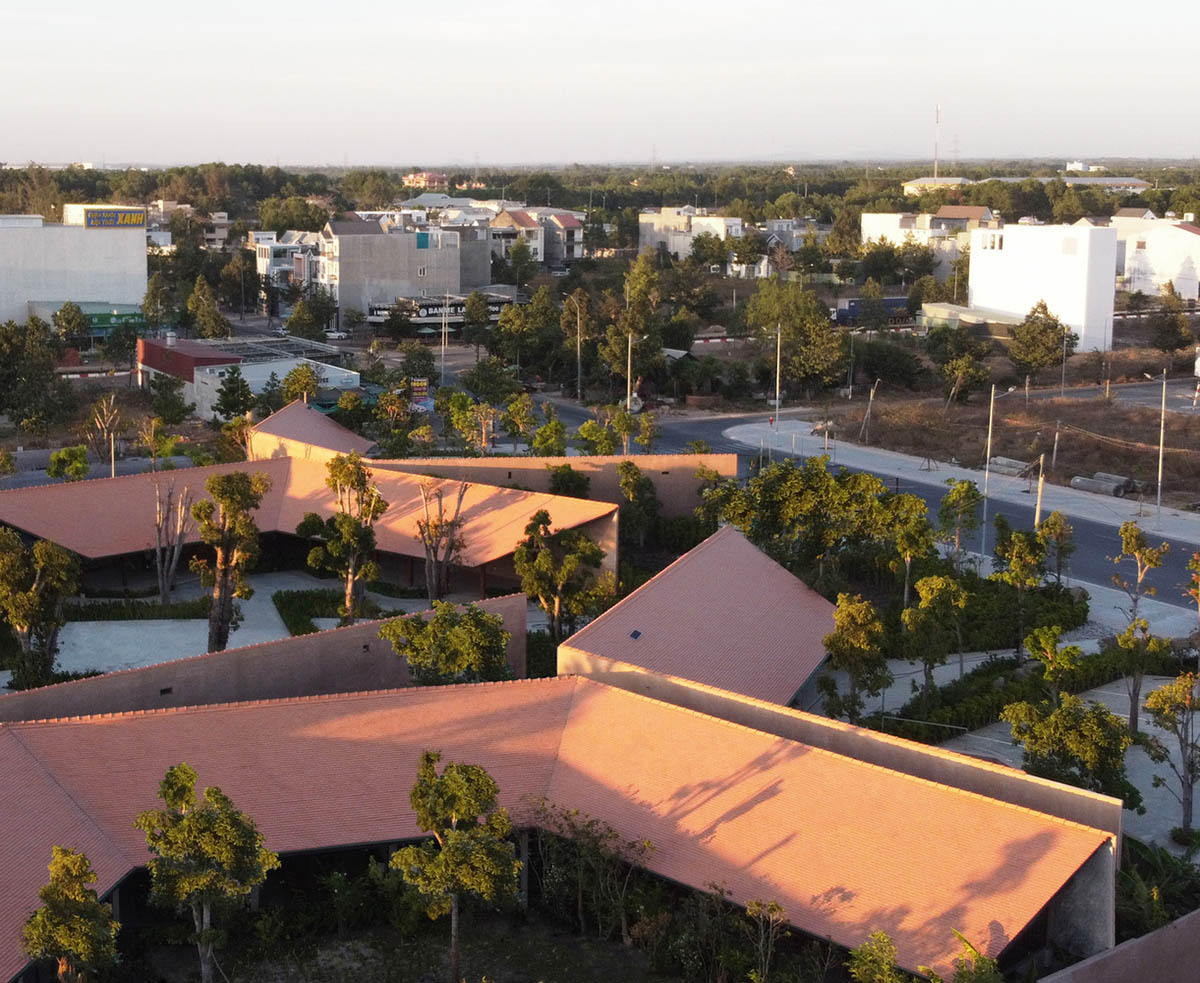 Designed as a continuous and flexible space, the project was designed as a response to the rapid and unbalanced development of industrial architecture which is accompanied by a lack of cultural identity and public space for people. 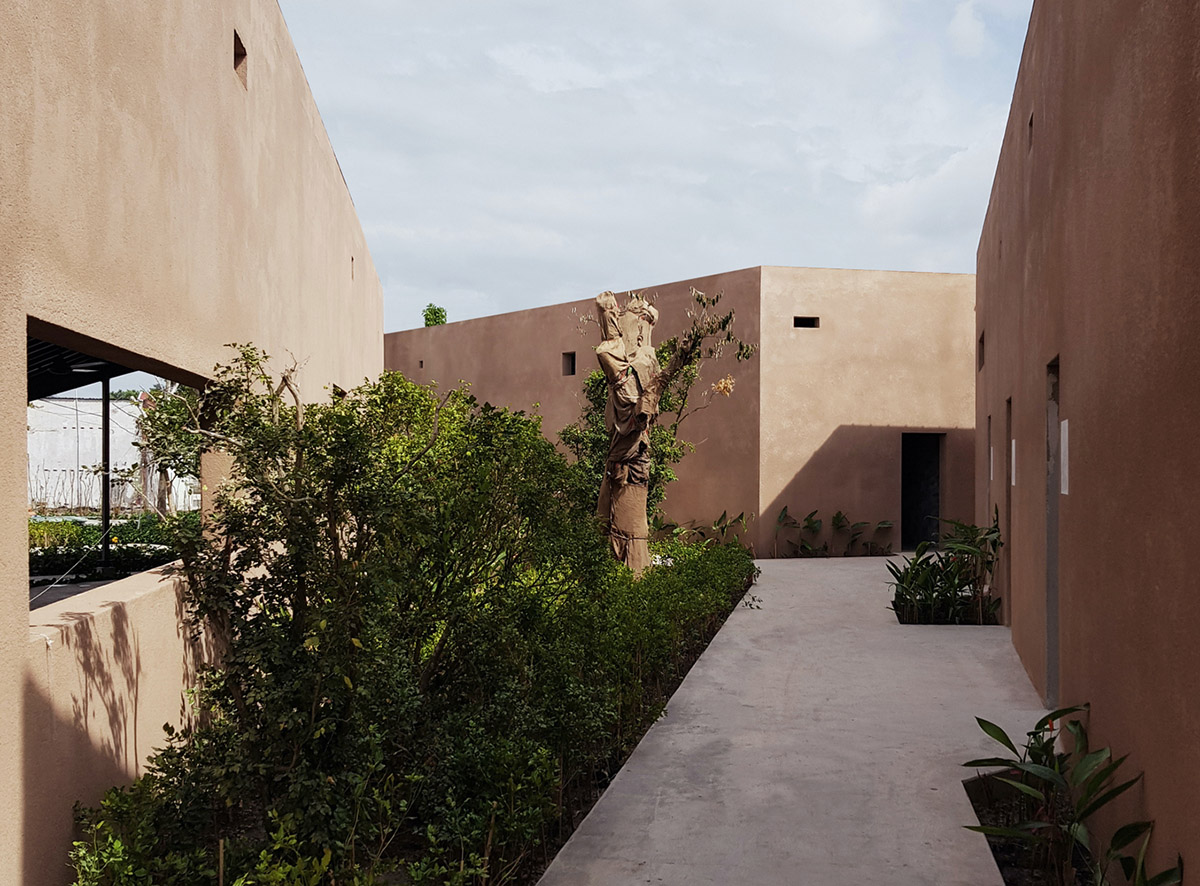 "The project is in the context of a new urban area in the industrial park and port, with a massive construction process of factories and existing residential areas," said the office.

Instead of approaching architecture with steel structures, industrial-heavy forms, and modularity of urban context, the architects approached to the project with craft, rough, and emotions to create a usable public space. 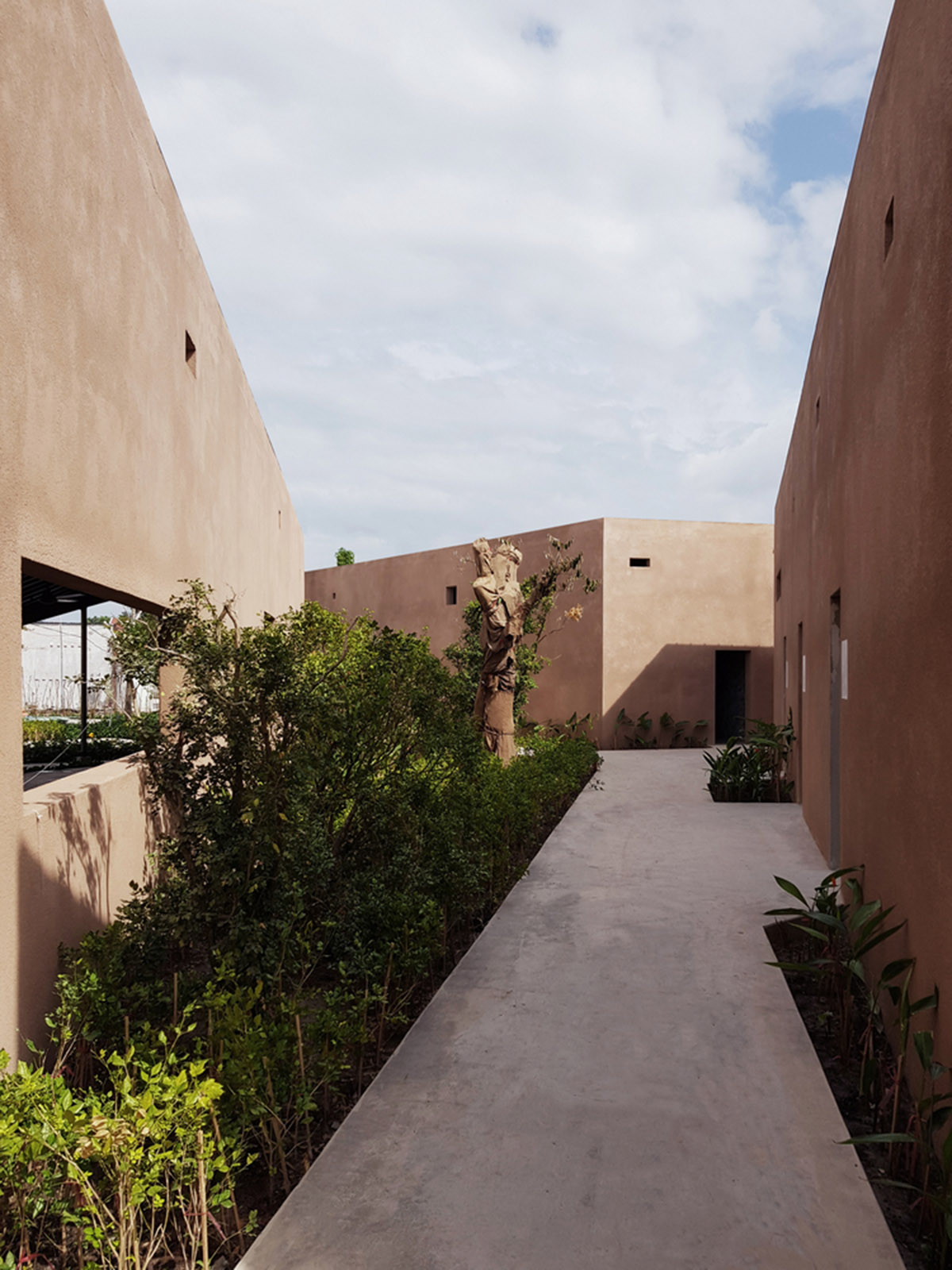 "The idea of a village with roofs has created images that remind the familiarity of traditional culture but still bring contemporary and interesting creation," added the studio.

"The layout is blocks of houses with different functions and the structure of blocks is surrounding a courtyard."

"The arrangement of blocks in different directions has created interesting views," they continued. 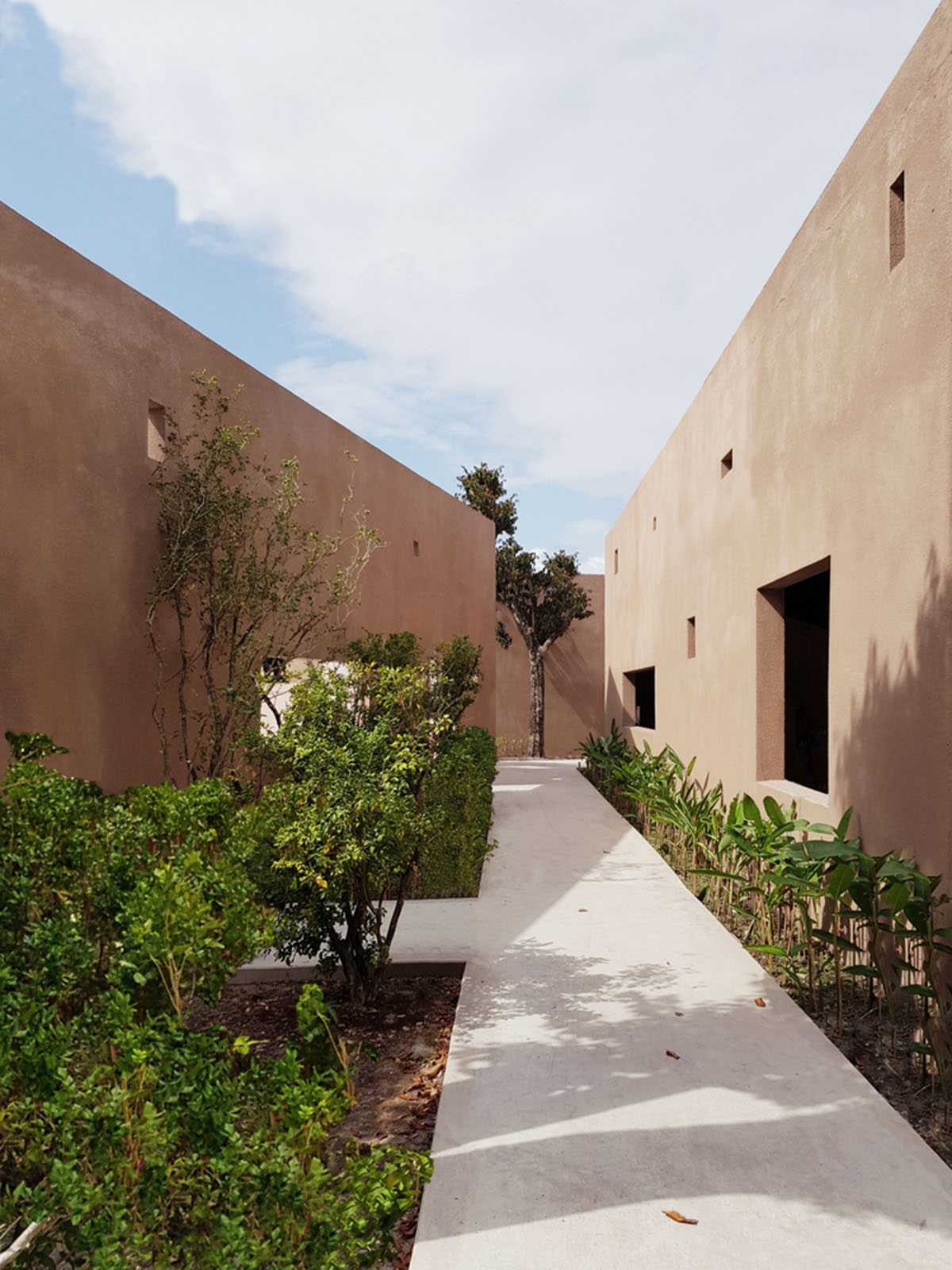 The studio's concern was also to save the budget and use simple construction methods, so their construction methodology included sloping-tile roofs, columns, half-empty, and half-full walls, while they are familiar structures of Vietnamese traditional architecture. 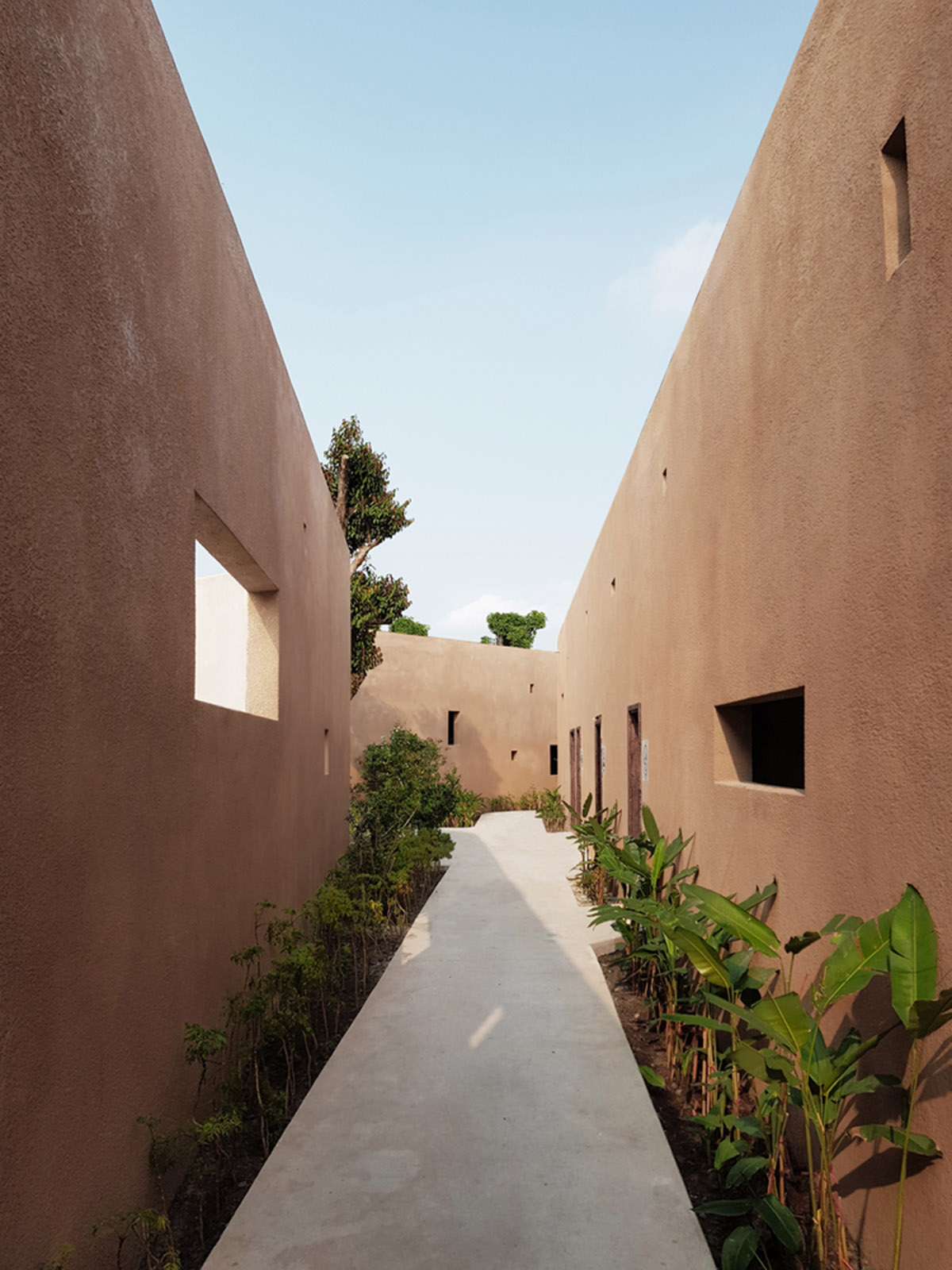 The buildings provide a "free space" under the roof, which is a continuous flow within the context. One side of the free-space is closed by a wall to create privacy, and the other side opens to a garden in the courtyard. Activities can take place variously and flexibly in the free-space. 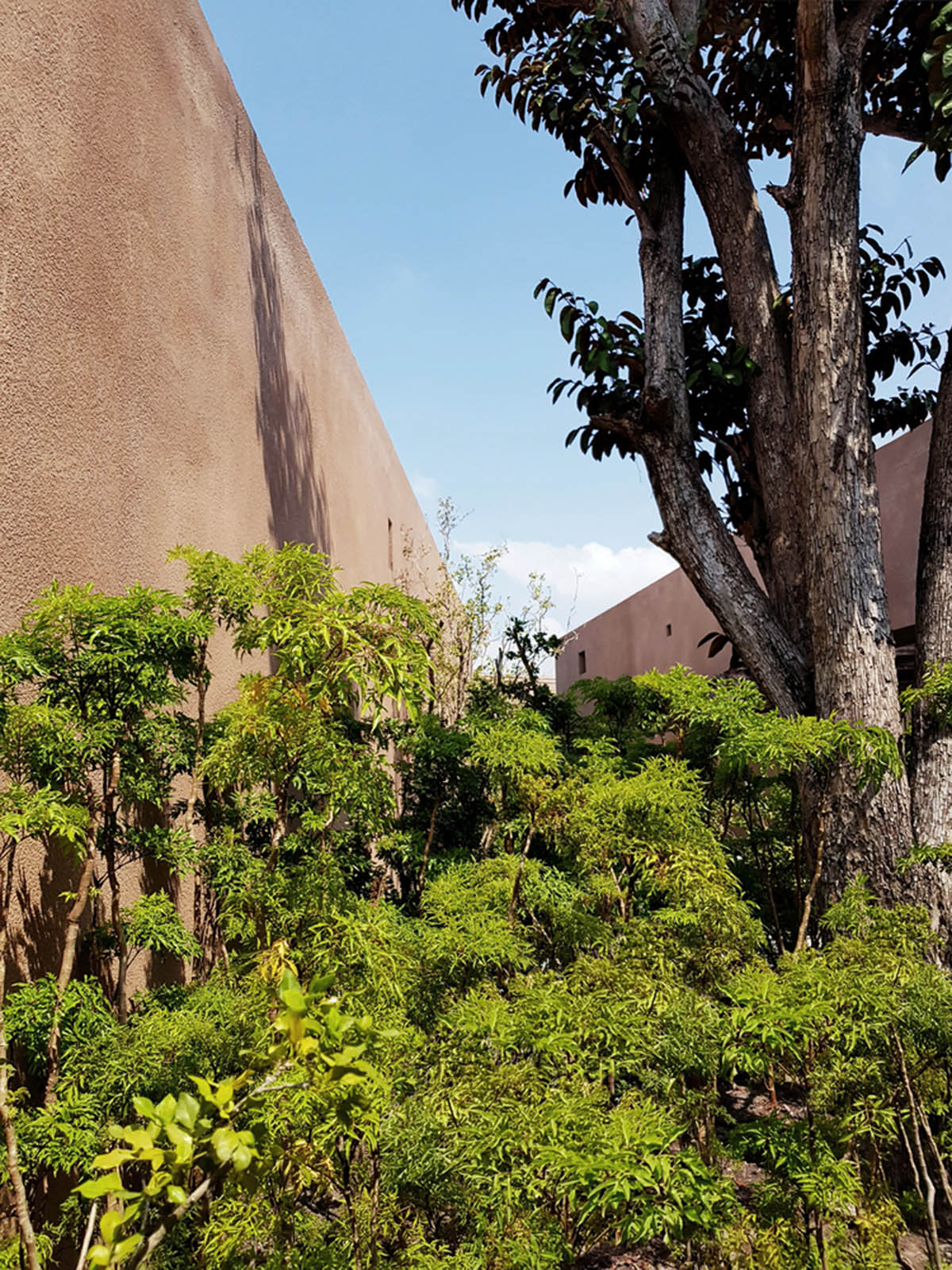 The unlimited connection between the house and the garden is also reflected through the treatment of the floor, by removing the parallel of the floor and roof as usual.

The floor can move freely both inside and outside the roof while bringing trees into the house. The walls throughout the project create the separation of the main space and corridor area. 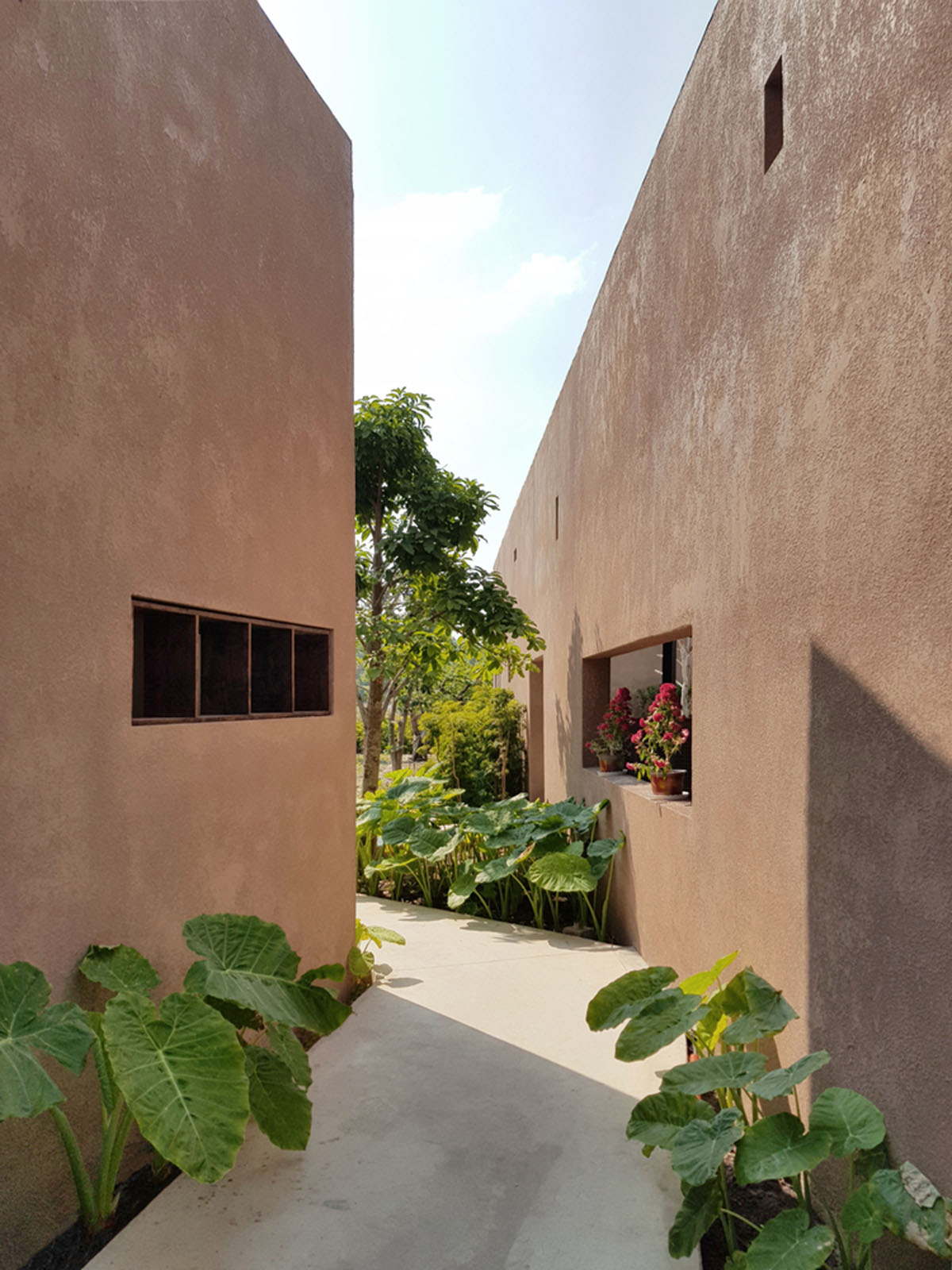 Besides opening and closing through gaps in the wall related to traffic connection and opening views to the garden, there is also the function of ventilation and natural light. 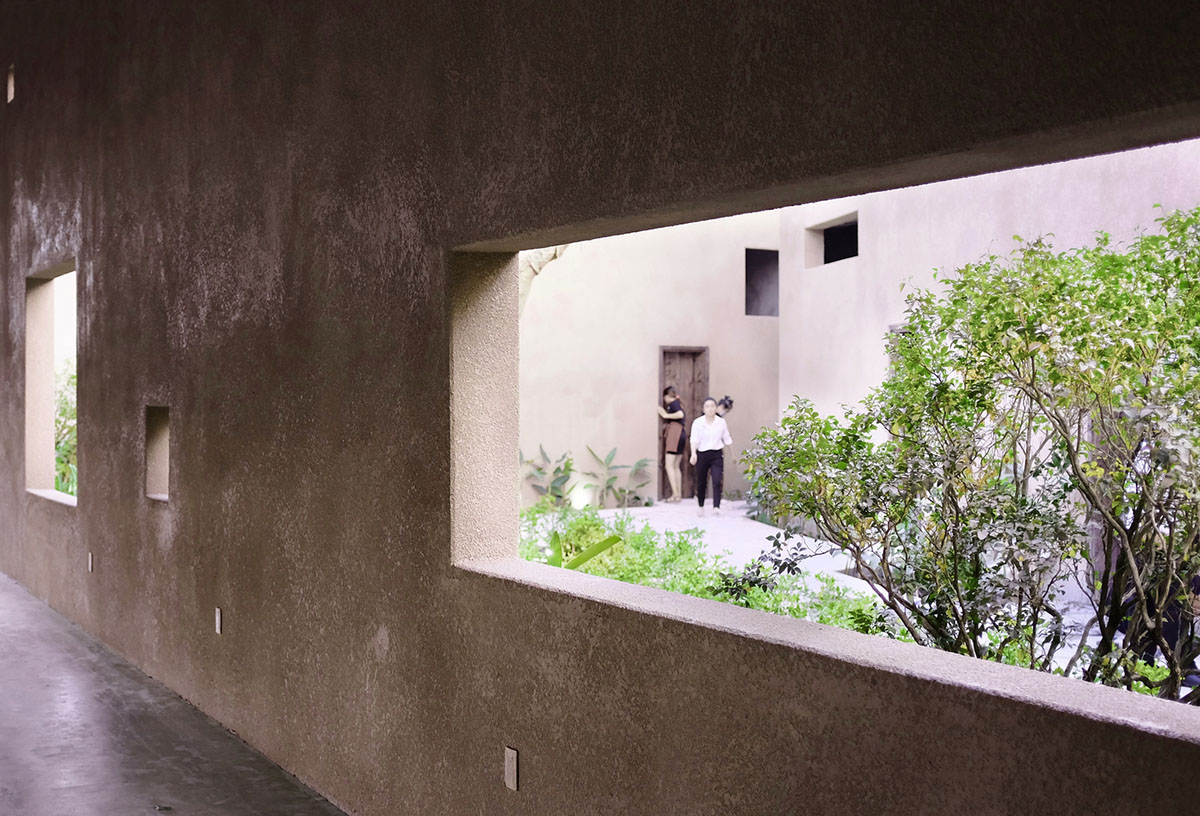 For materials, the architects tried to achieve a rough and rustic feel: the rough-concrete walls with uneven paint, the wood is kept the surface of cutting and covered with only a layer of protection oil, the rough-concrete floors. 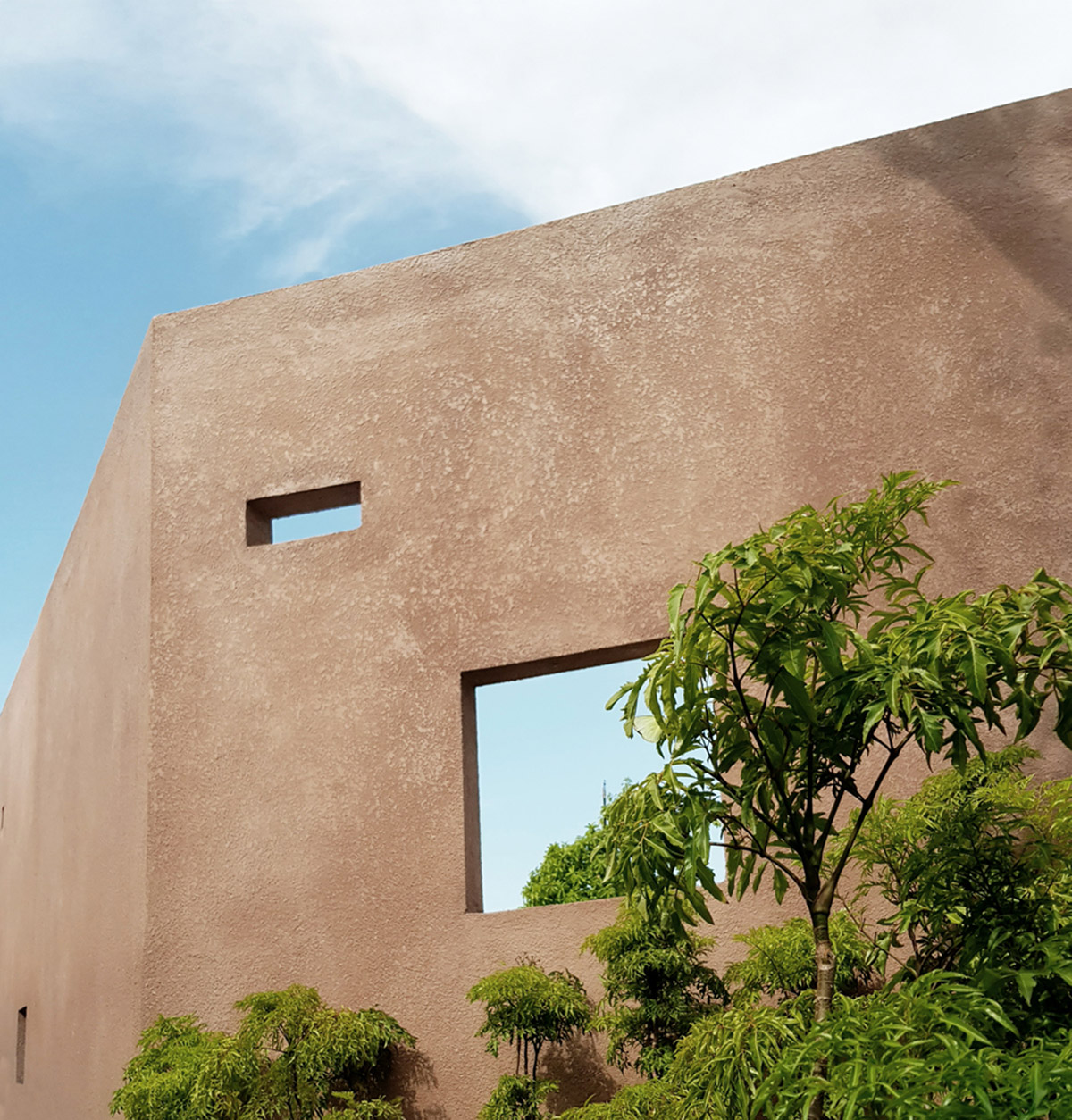 All of these create a rustic feature of the project. By combining methods: layout of the courtyard, the ratio of porch and space, the structure of columns and roofs, material usage, and the craft.

"The idea of Phu My Garden is a way of refreshing the space with the architecture of traditional folk houses in the context of urbanization," explained the firm. 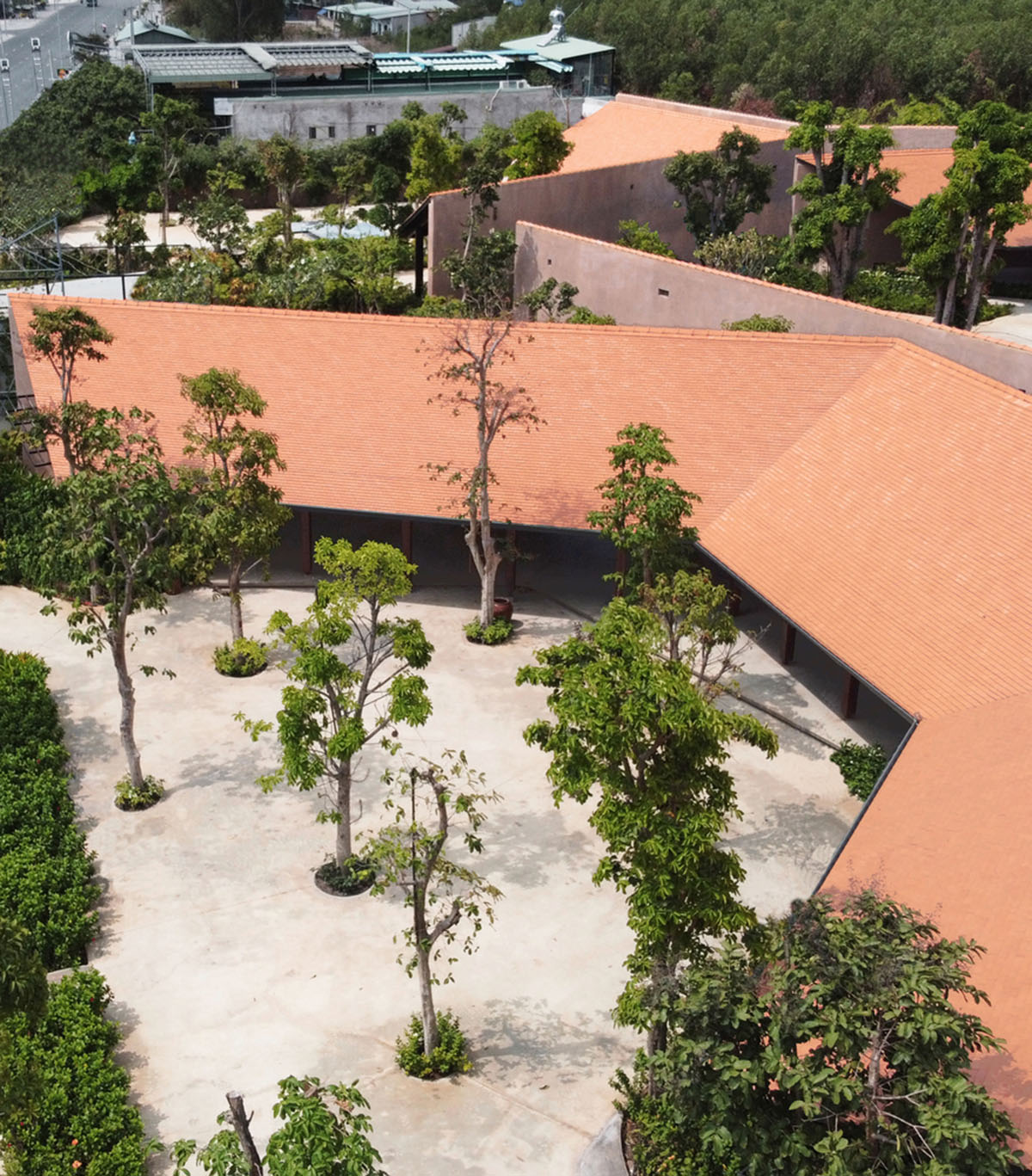 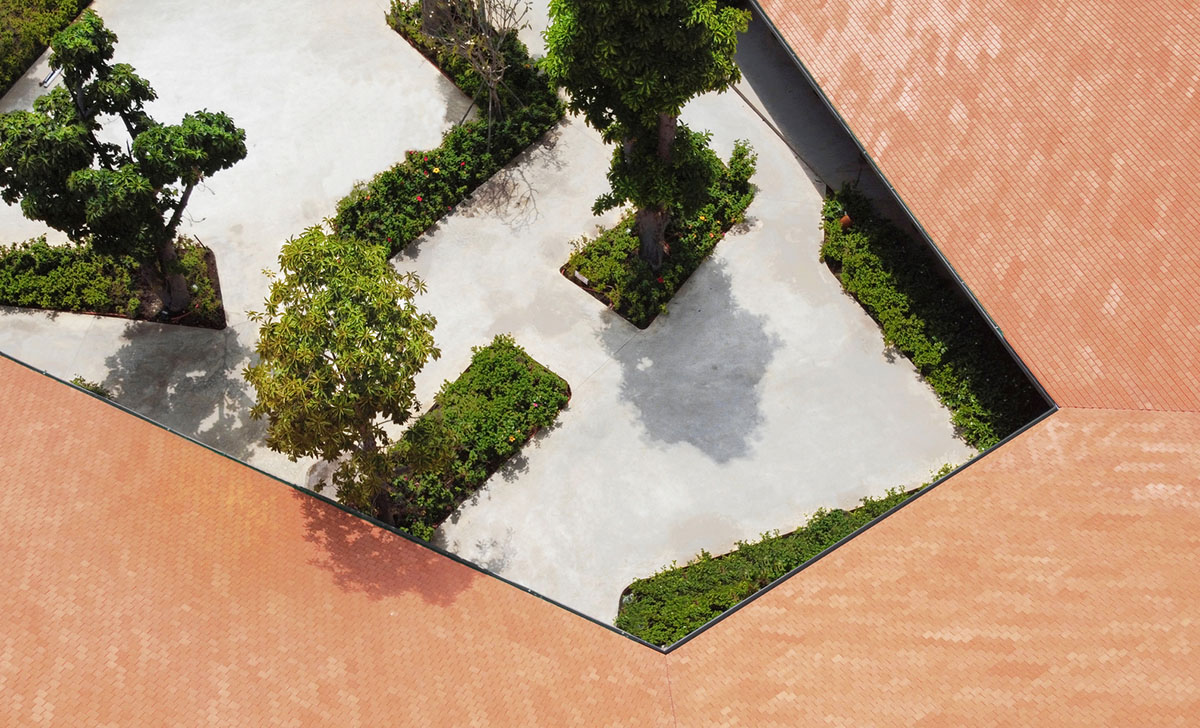 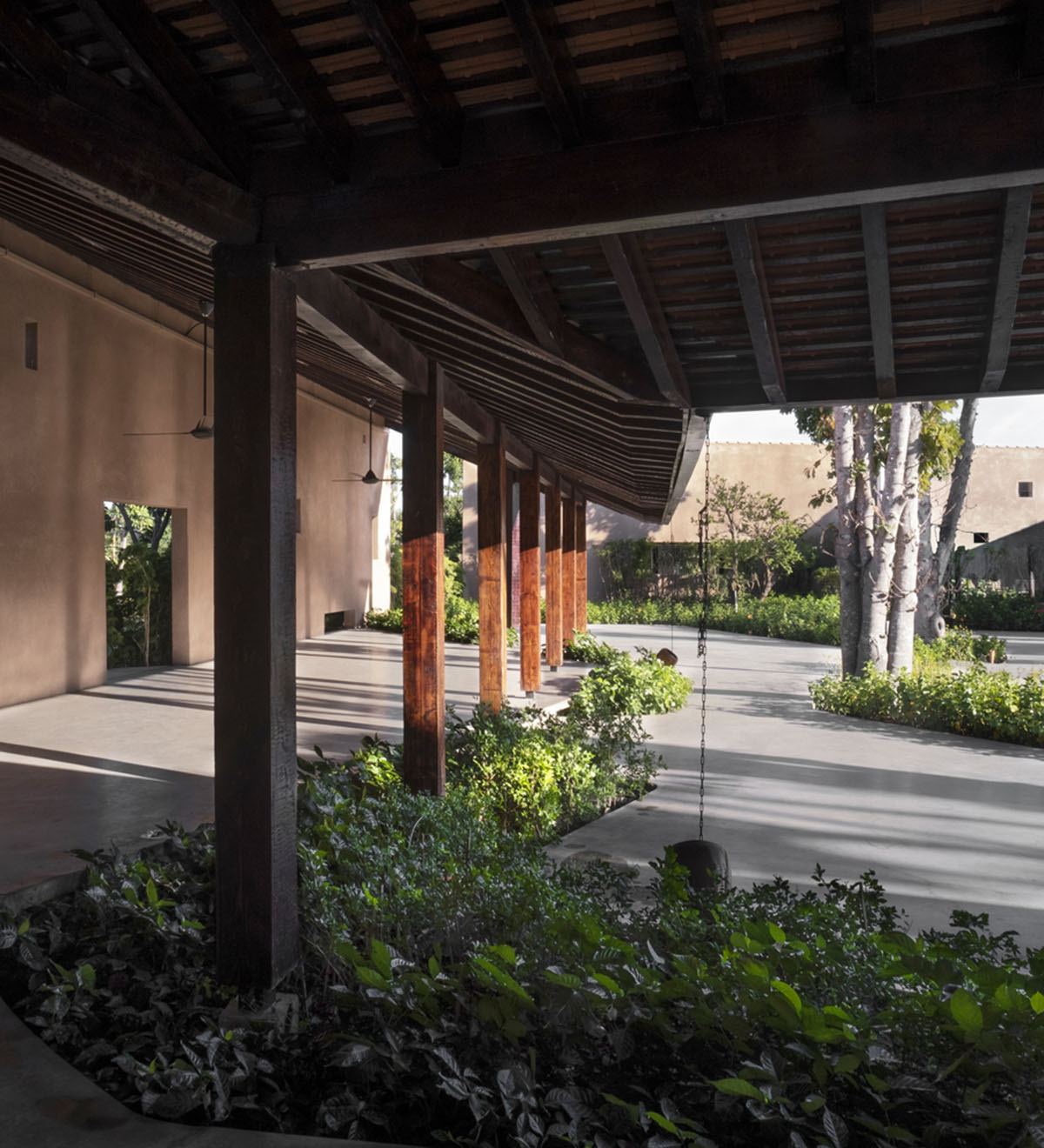 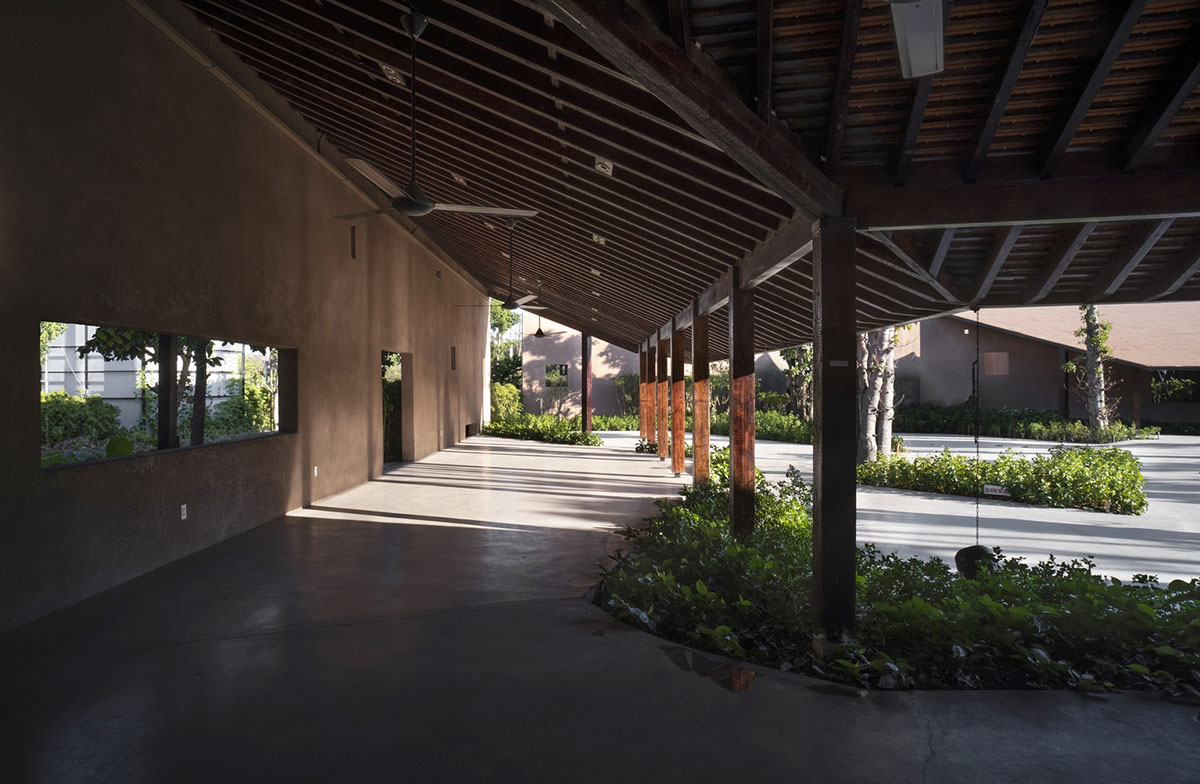 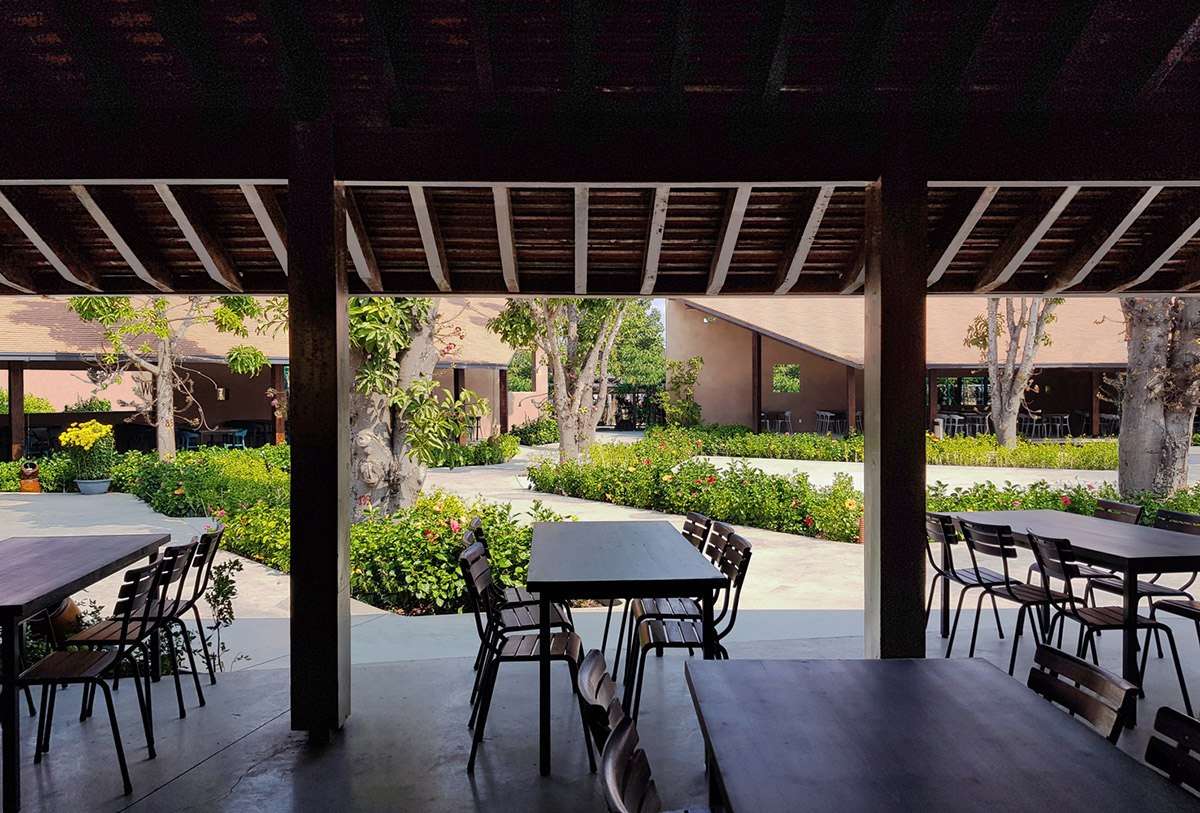 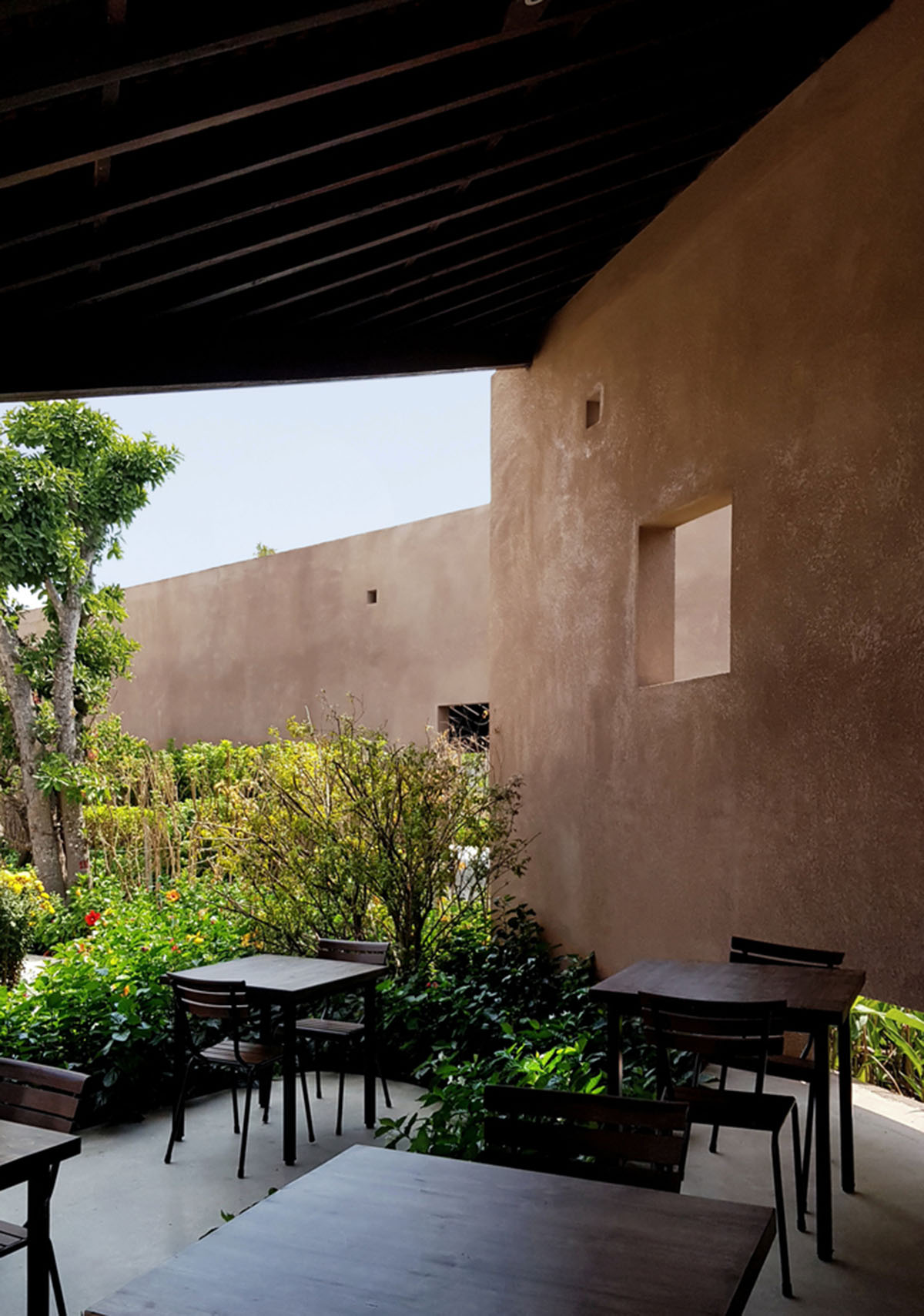 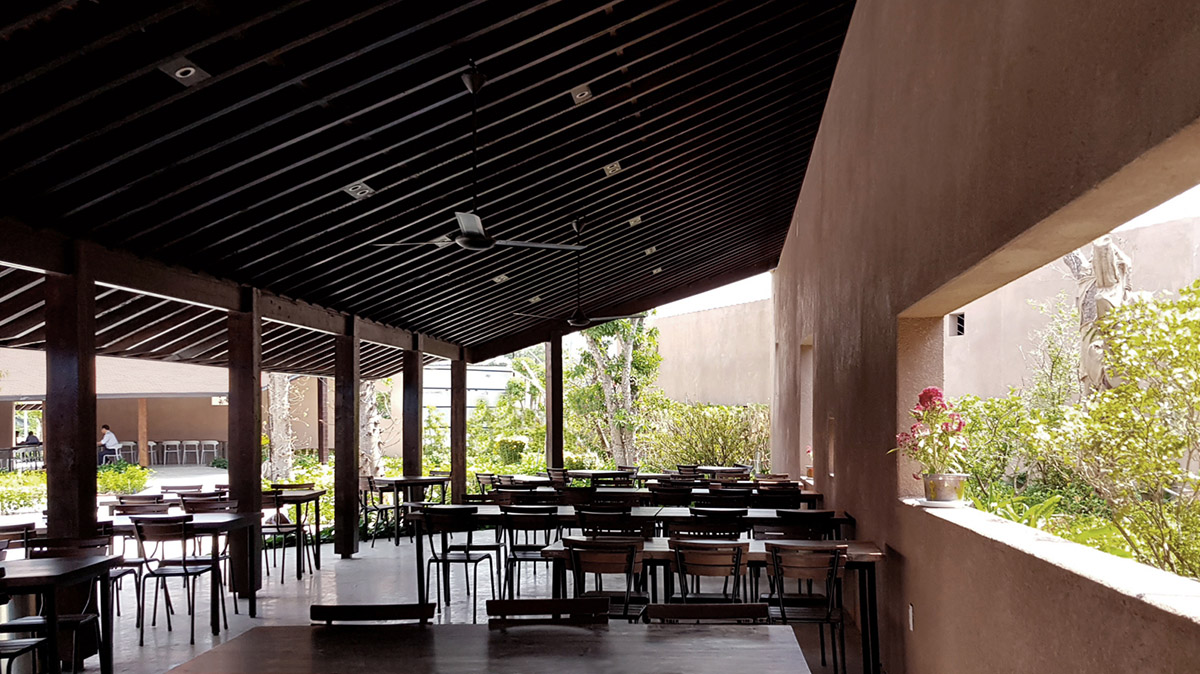 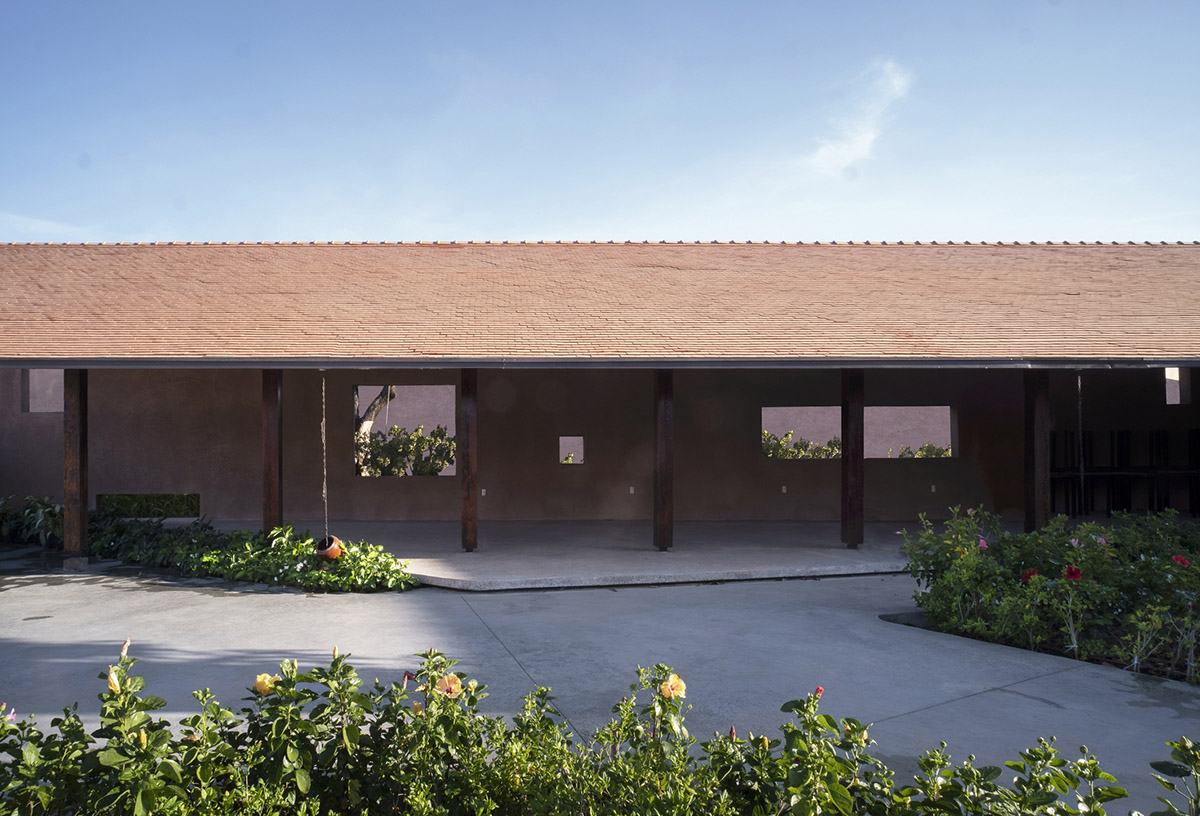 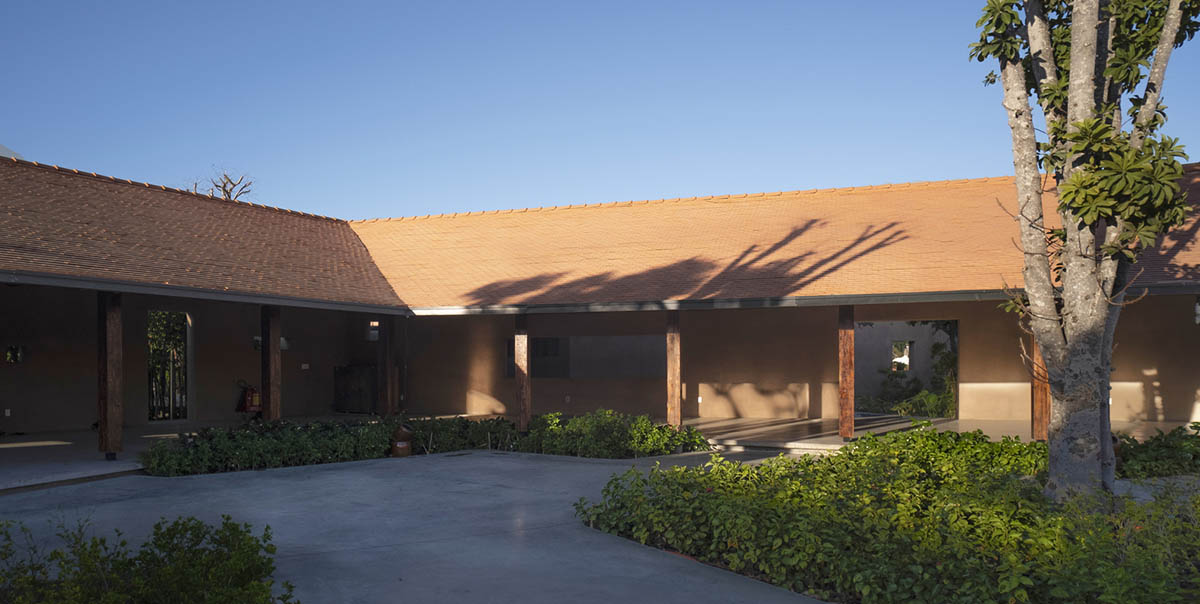 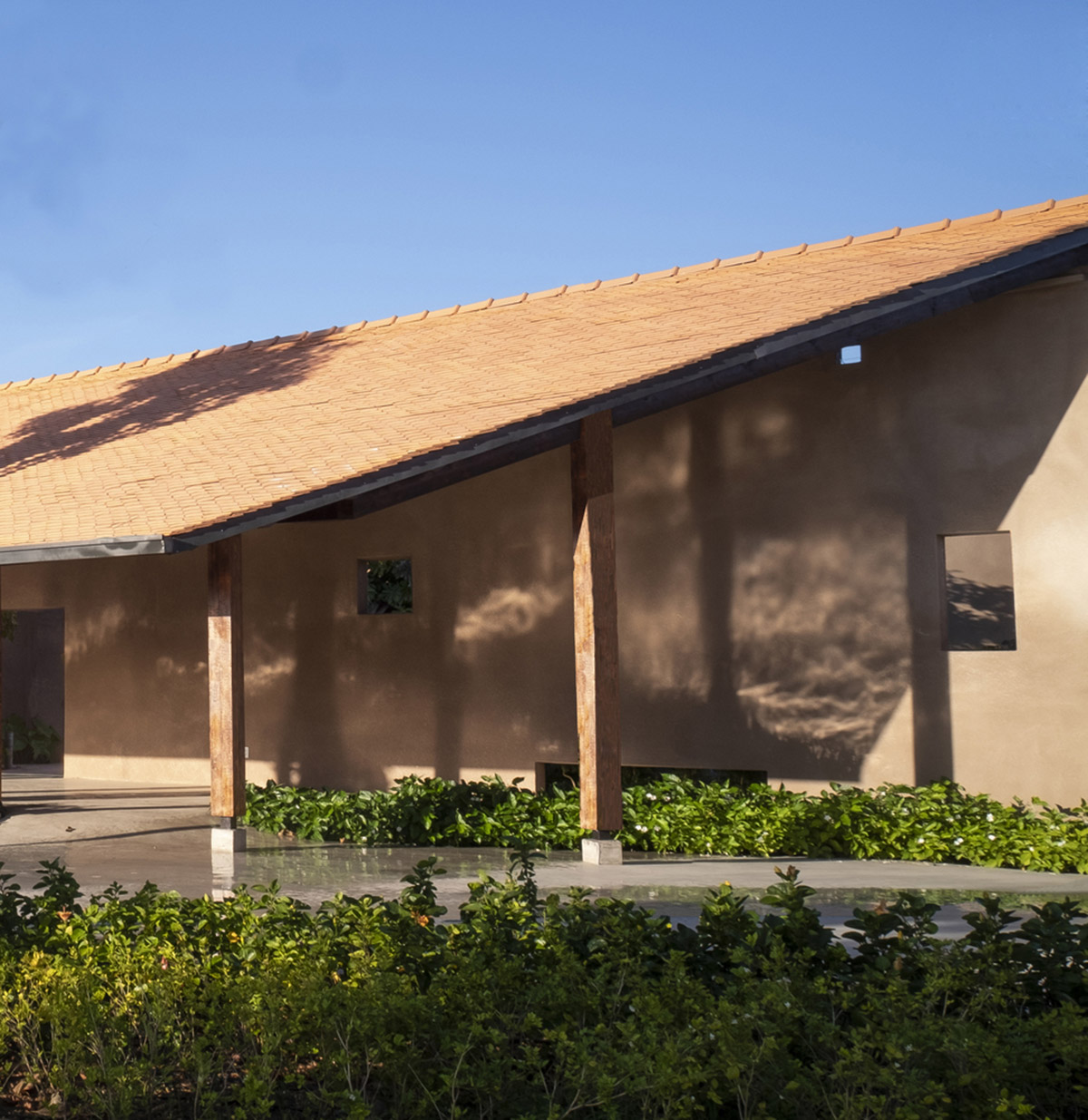 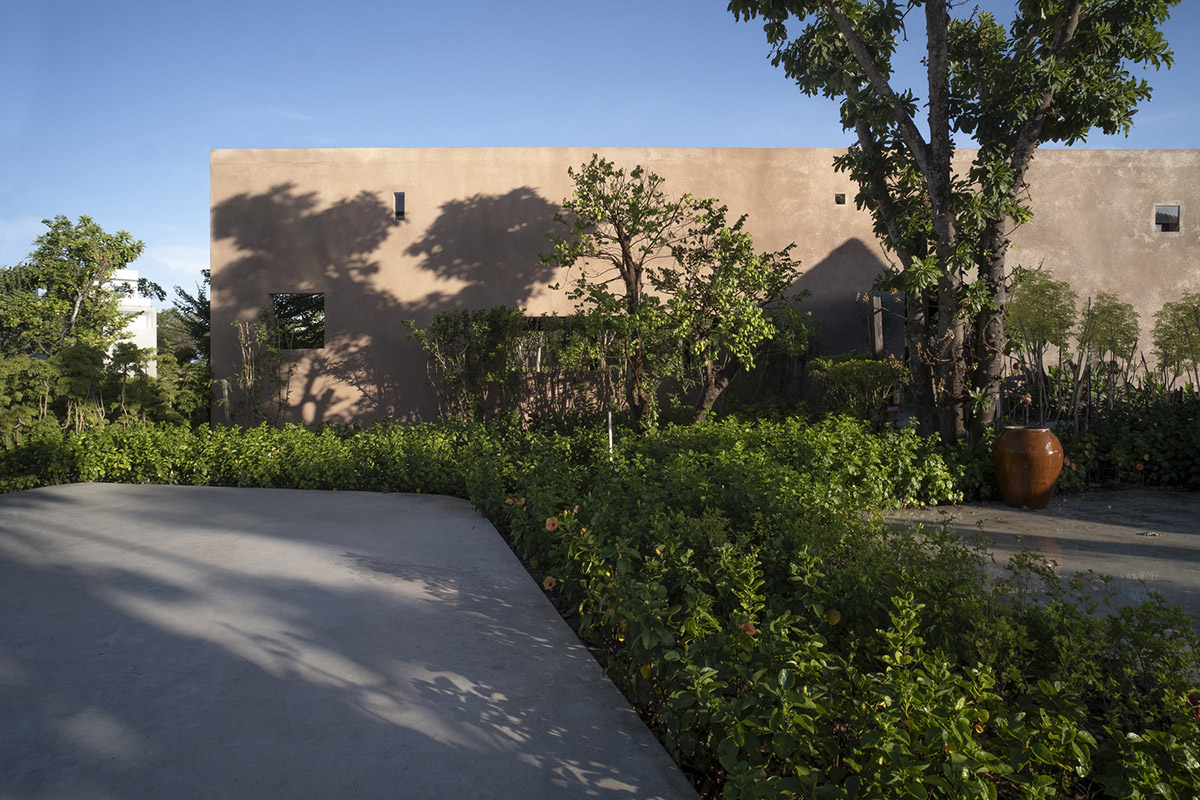 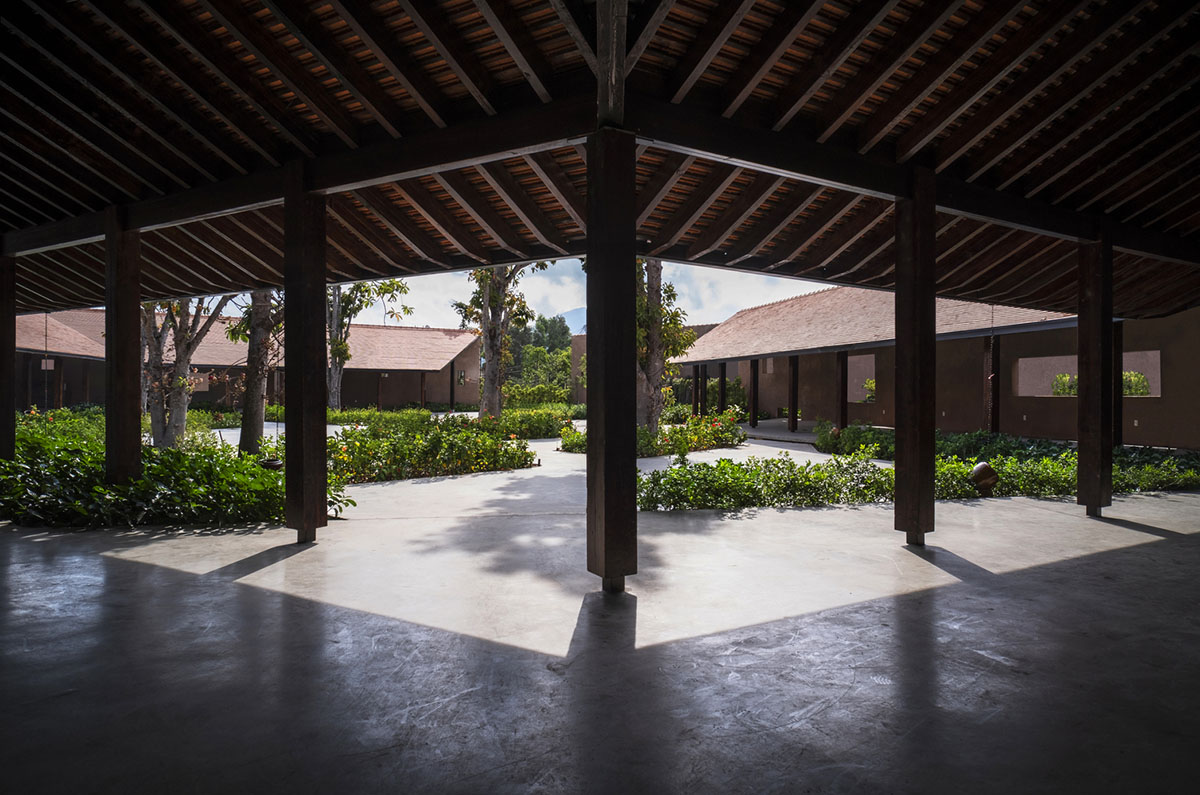 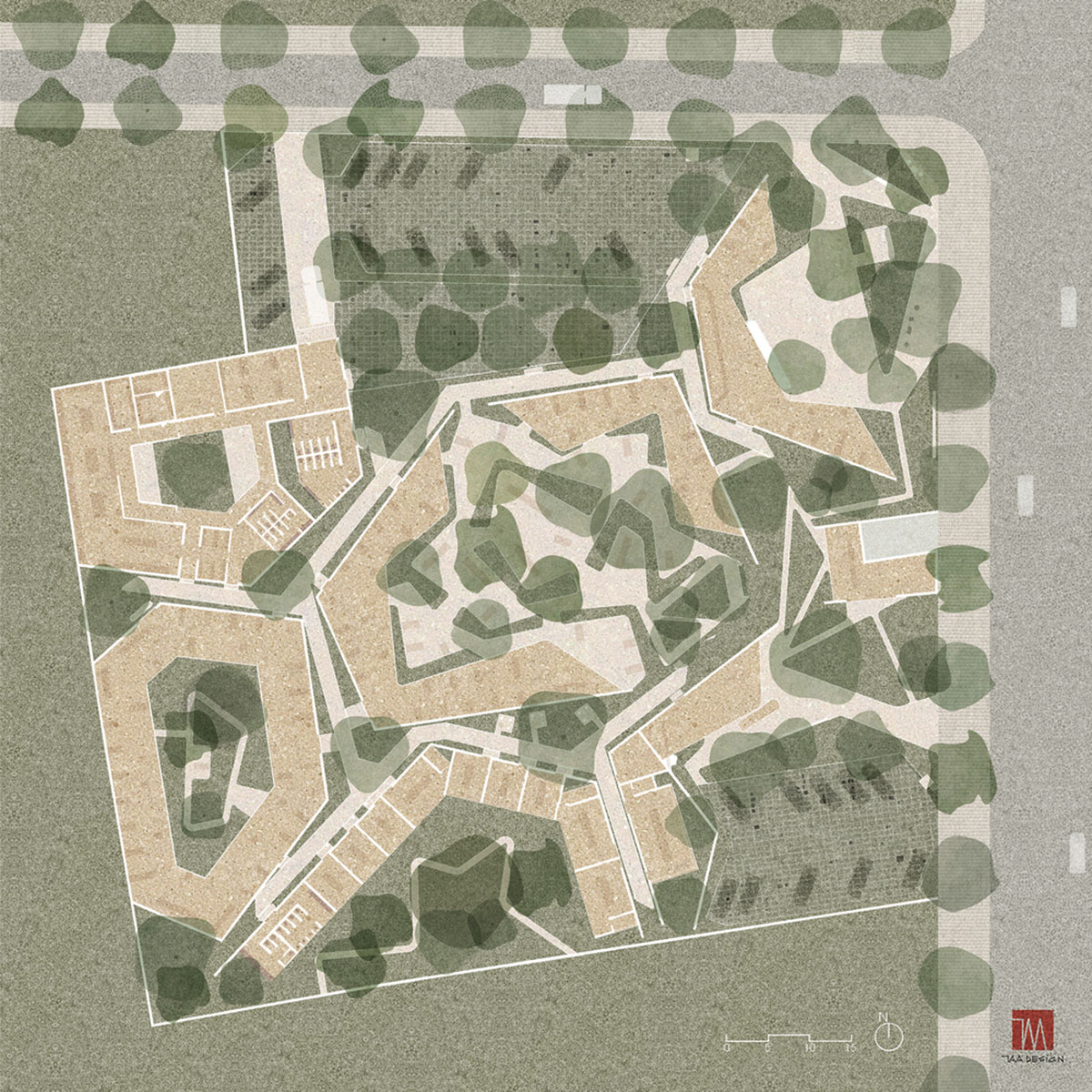 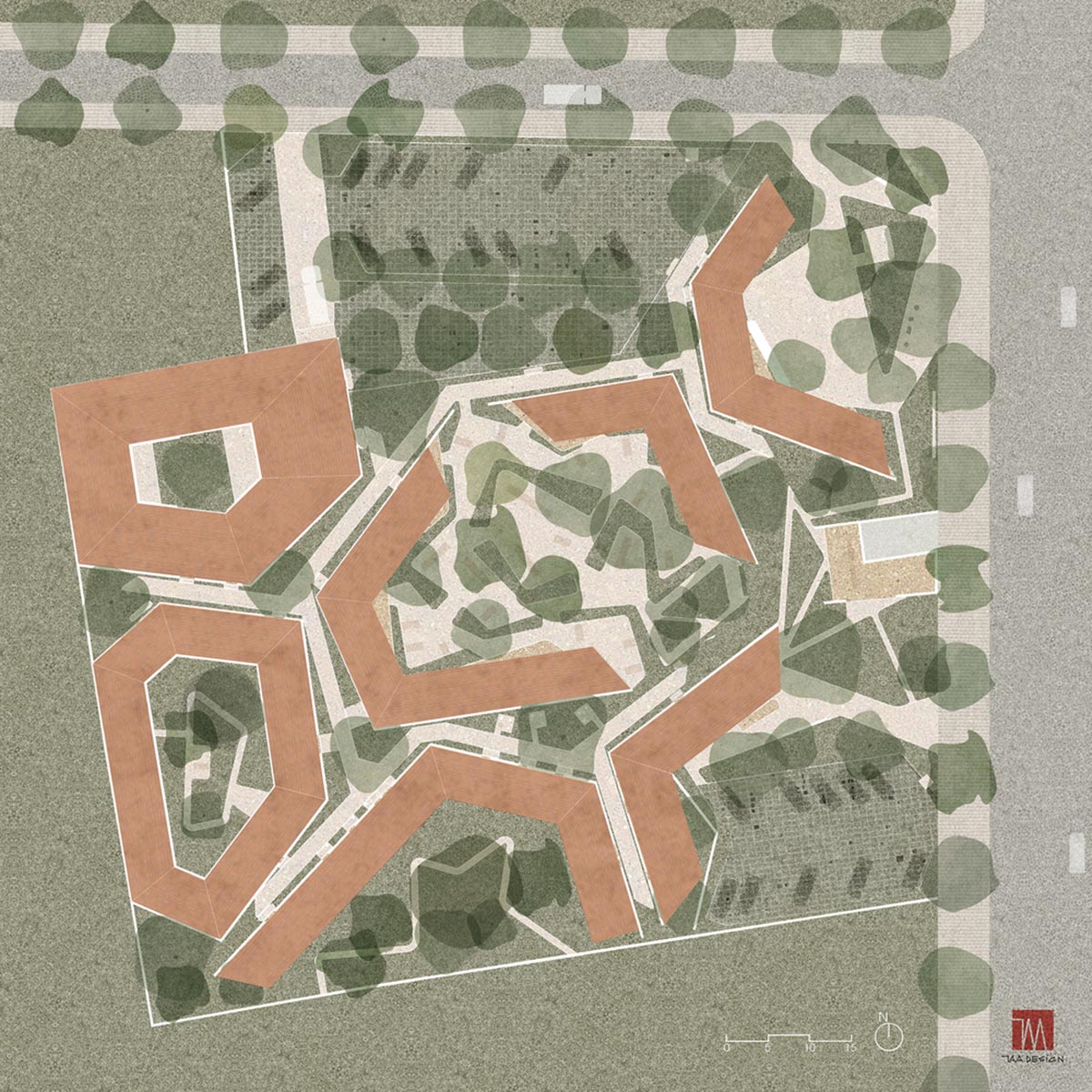