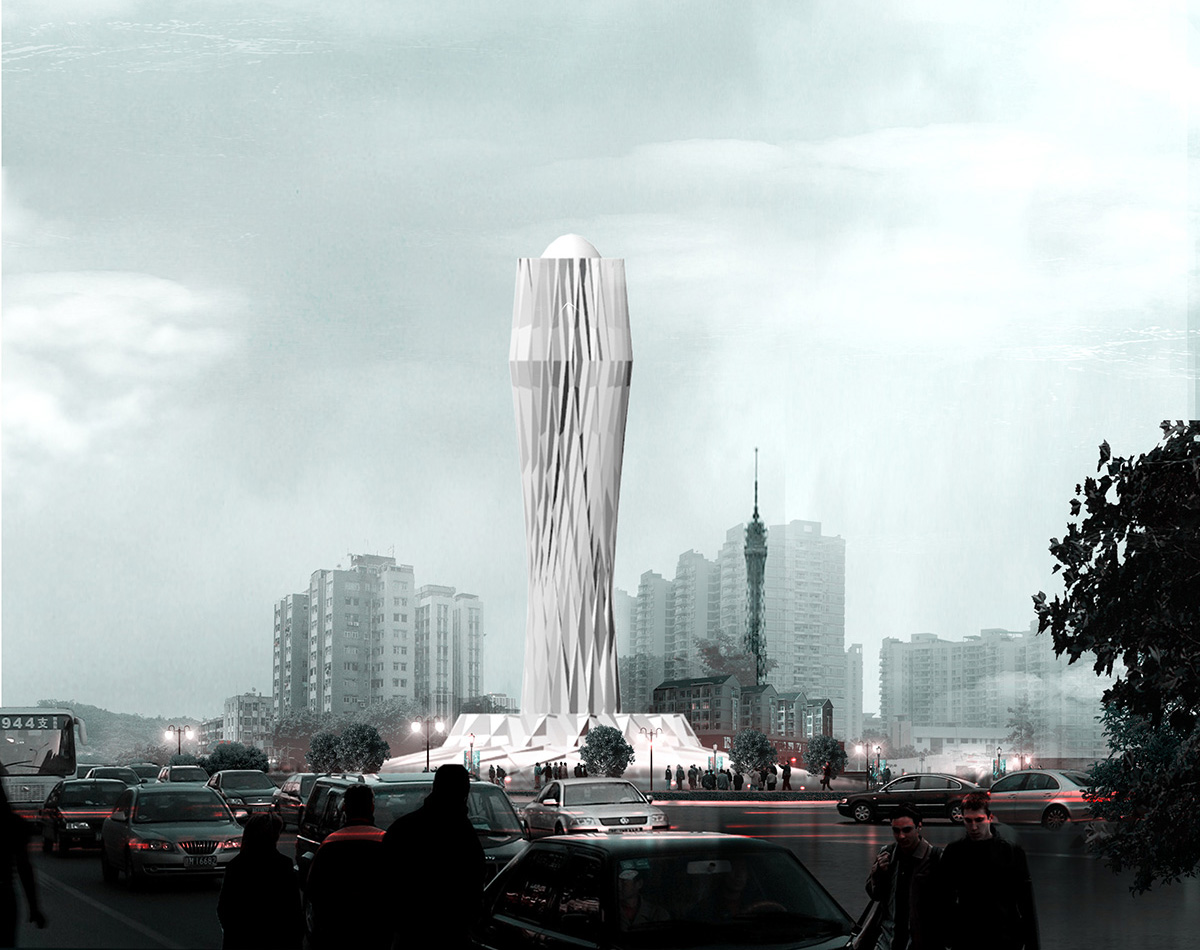 The project, led by Javad Eiraji, founder and principal of the studio his team - composed of Mona Rezaei, Elnaz Tofighi, Golsa Zerangi, Shaghayegh Behrooji and Shima Noori, pays attention to the culture, creativity and identity are some especial factors in this design.

Called Omran Sq. Memorial of New Sahand, the geometric pattern has been used both in the main volume and basement of the memorial. 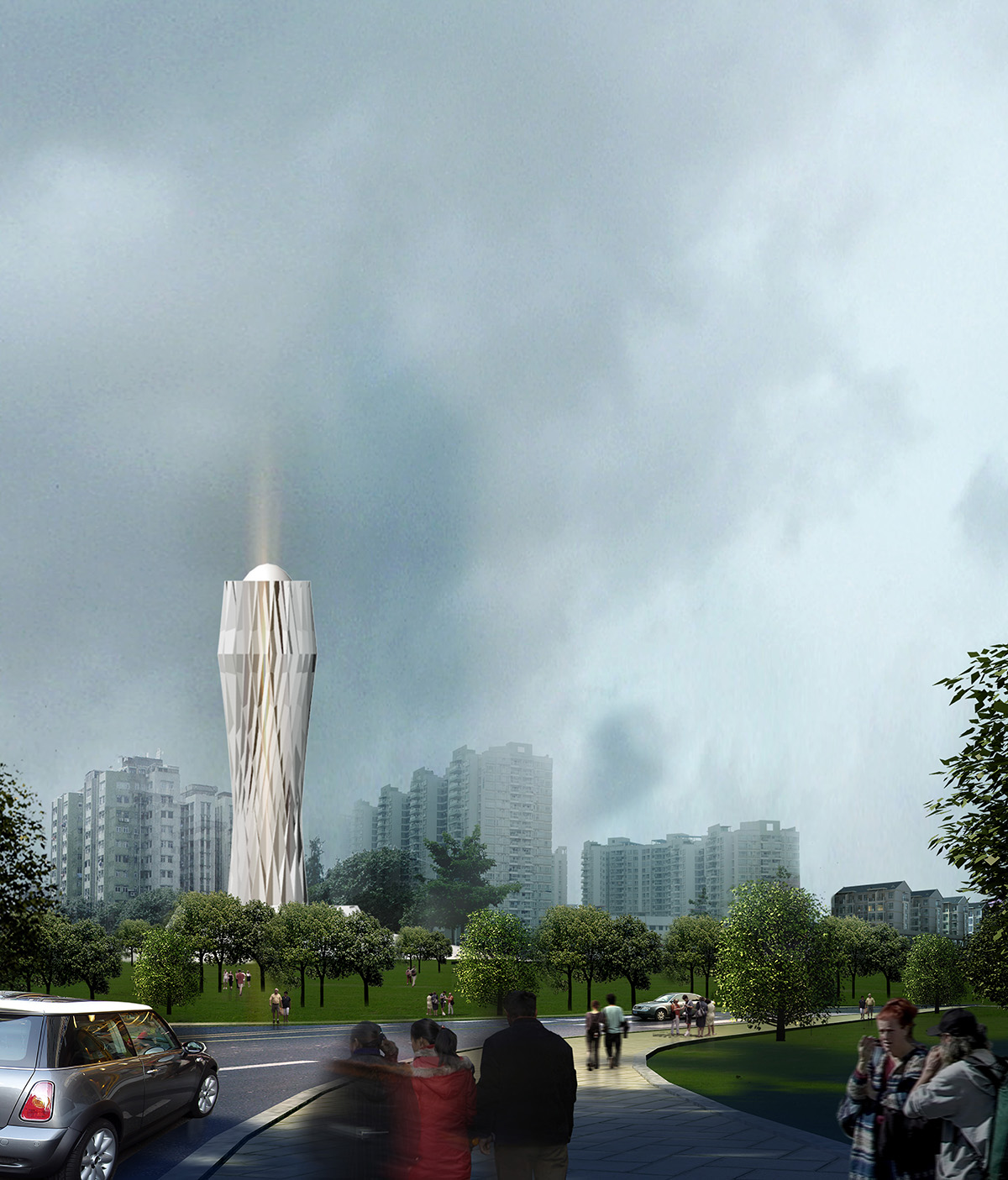 Creating a live and peaceful space for users is one of the other main design aims in this project. With balance, creativity and Persian design taste, the memorial uses native elements that can be seen in design process of this project. 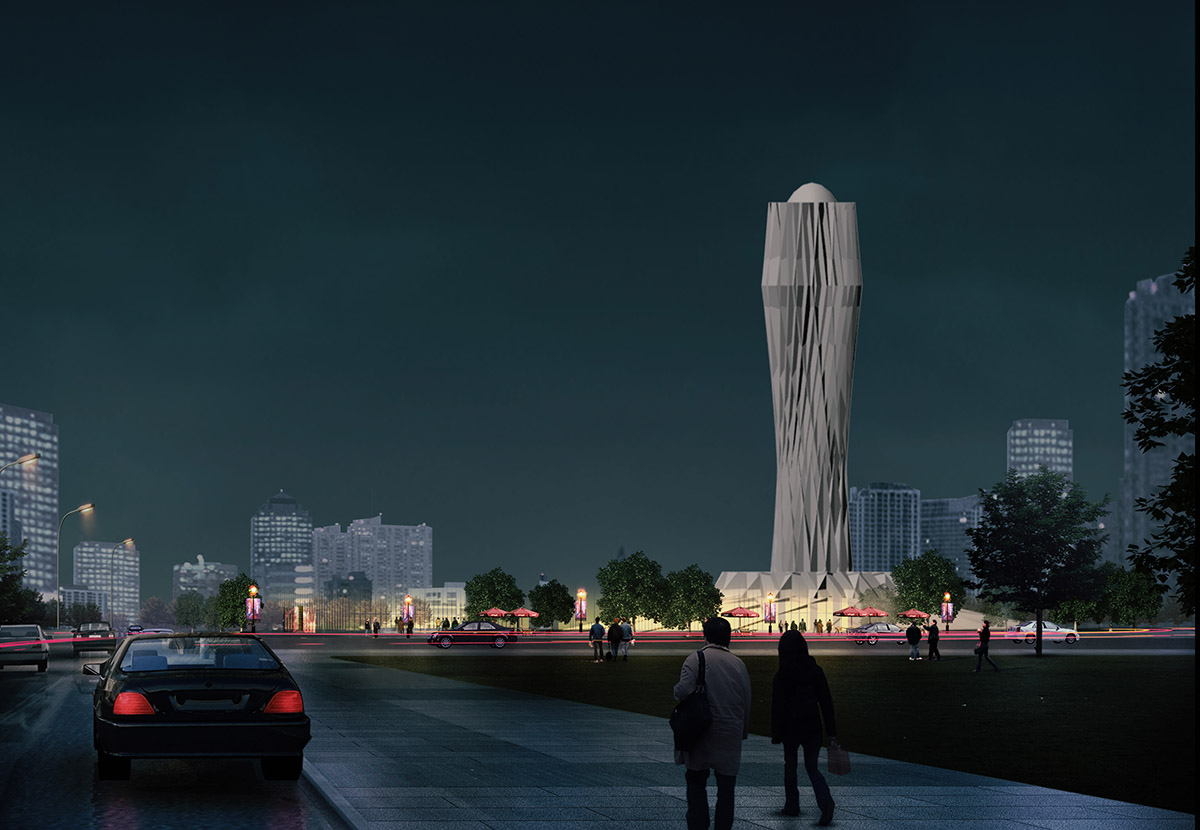 "Geometric effects on form and plan of the volume is the main concept of the project and also in all details, this effect can be seen," said Studio Eiraji.

"Being unique and also adaptation with its context and using new and especial materials are some other important factors of this project. Also the basement follows the geometry rules which have been used in the main volume of the project."

Using a 2D composition, edition and changing it to the 3D volume as an urban sign is the main aim in this urban-architectural design. 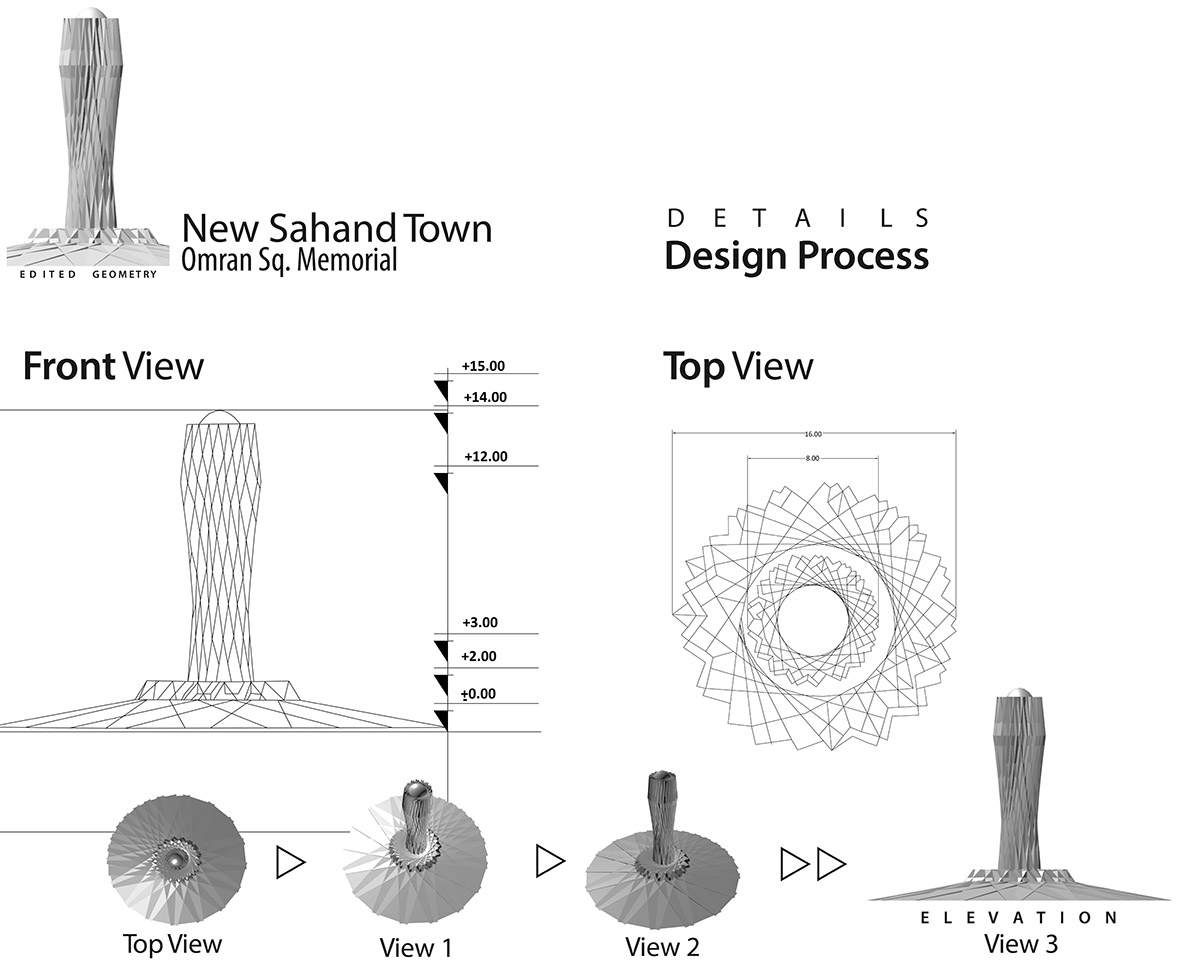