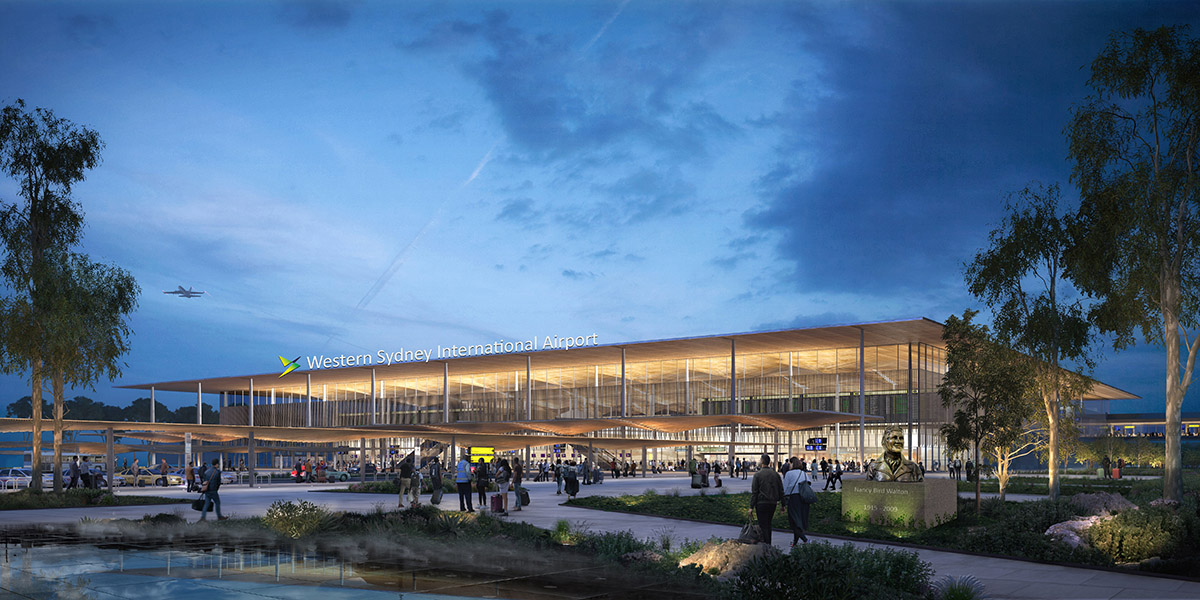 Zaha Hadid Architects and Cox Architecture have won an international design competition to design the new Western Sydney Airport - the team will serve as Master Architect for the project.

ZHA/COX team was selected from a broad field of forty national and international applicants that was narrowed to five selected design competitors. 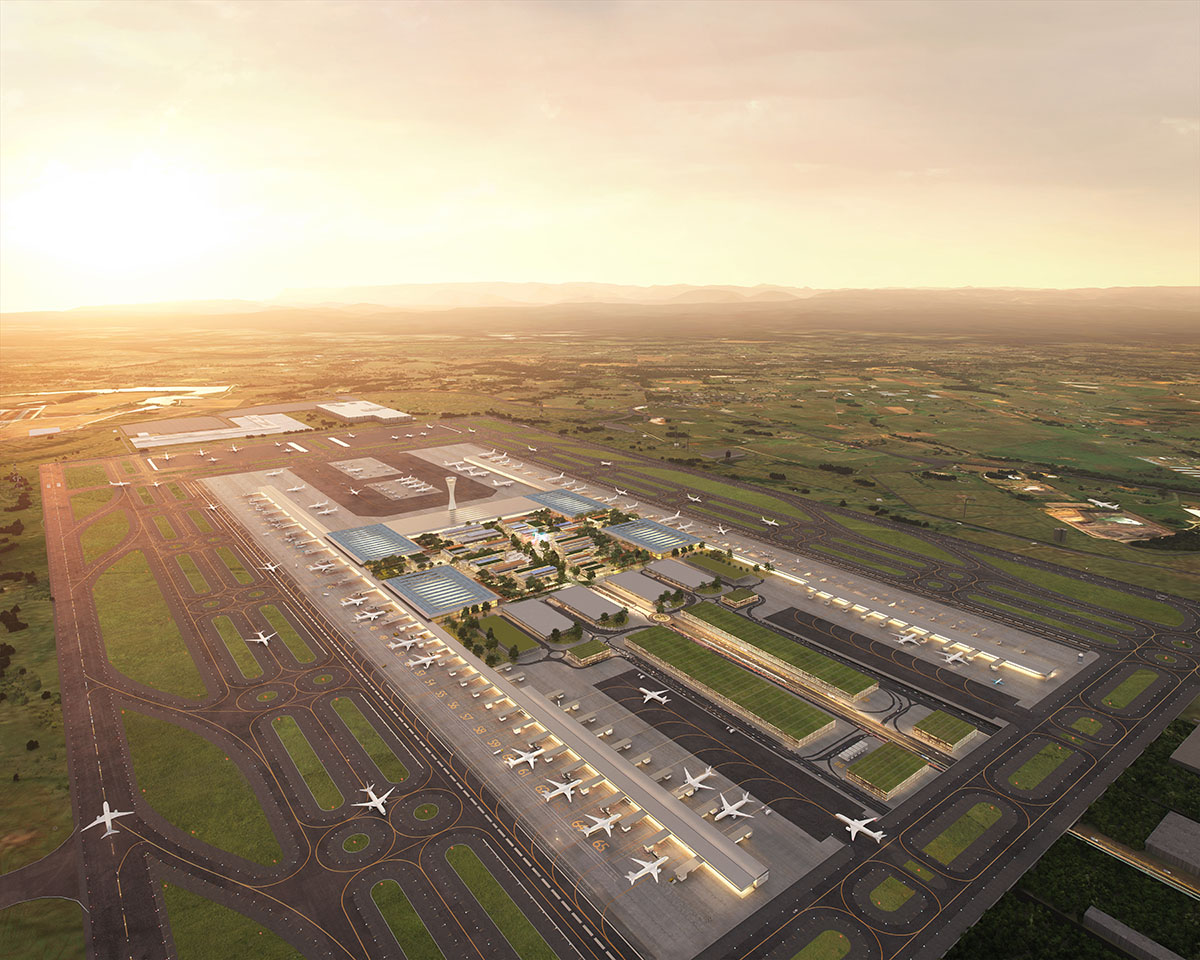 Together with the original Harbour City on the coast and the River City around Paramatta, the Parkland City will become Sydney’s third urban hub, stimulating the city’s western expansion in the decades to come. The Western Sydney International Airport will be a fundamental catalyst for this growth, with the city’s greater metropolitan area set to reach 9 million by 2040.

The new Western Sydney International Airport will be realized in four stages of expansion, beginning with the initial stage of 10 million annual passengers (MAP) by 2026, with further increments up to 82 MAP, making it the largest international gateway to Australia by 2060. 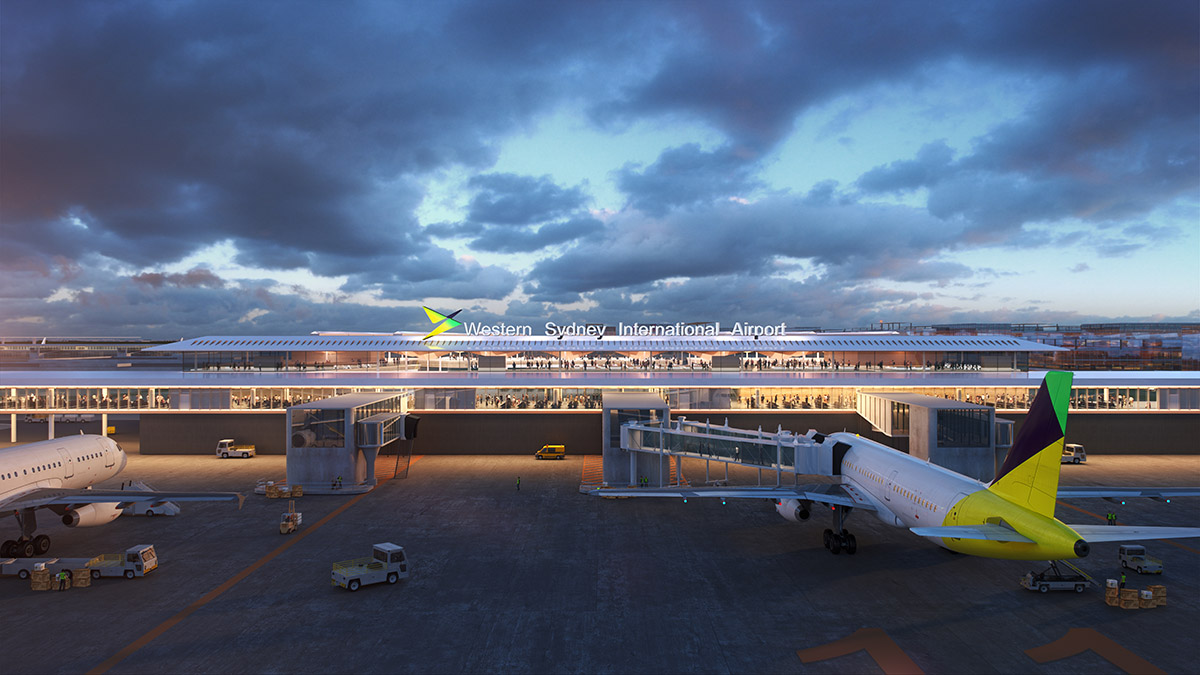 As Master Architect, ZHA/COX will provide an overarching design for the entire airport precinct including design guidelines for future expansion. At the same time, the team will prepare the design documents for the execution of the first phase of the new Terminal Precinct.

"We are honoured to have been selected for this amazing project. The design is an evolution of Australian architecture past, present and future. It draws inspiration from both traditional architectural features such as the veranda, as well as the natural beauty of the surrounding bushland," said ZHA Project Director Cristiano Ceccato. 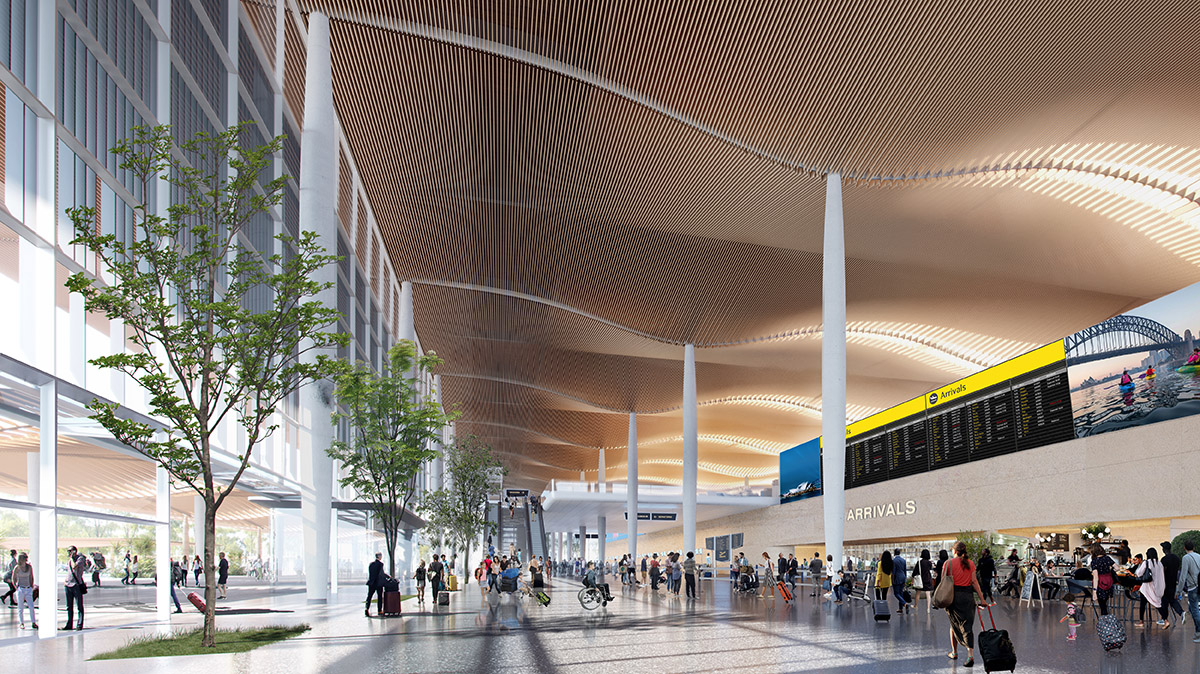 "The design takes inspiration from the unique local flora of Western Sydney and its unique natural qualities, such as the Great Australian Light. These spaces, colours and materials have been incorporated into the design to give the project an unmistakable regional identity," said COX Project Director David Holm. 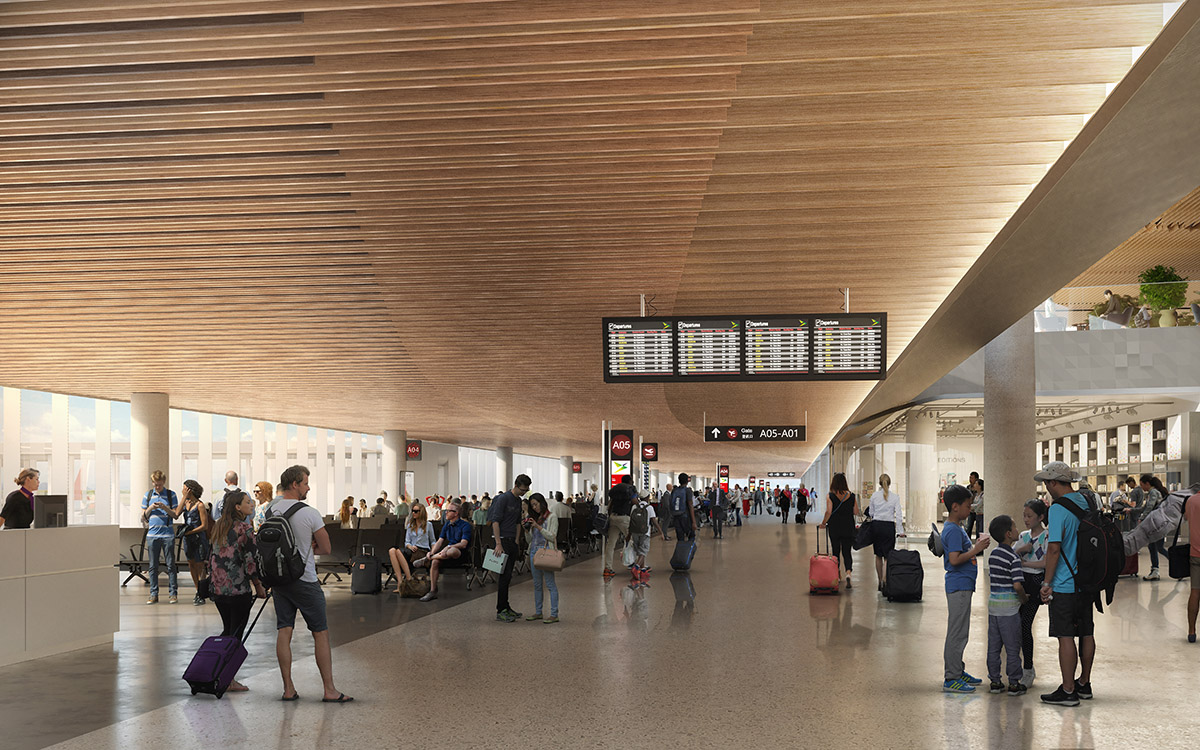 The ZHA/COX's design incorporates sustainable design principles across the building’s architecture as well as its construction principles.

The project integrates the extensive use of daylight, natural ventilation and water recycling to create a modular, energy-efficient design. The building is also sensitive to its local context, reflecting its natural landscape and the cultural heritage of its indigenous inhabitants. 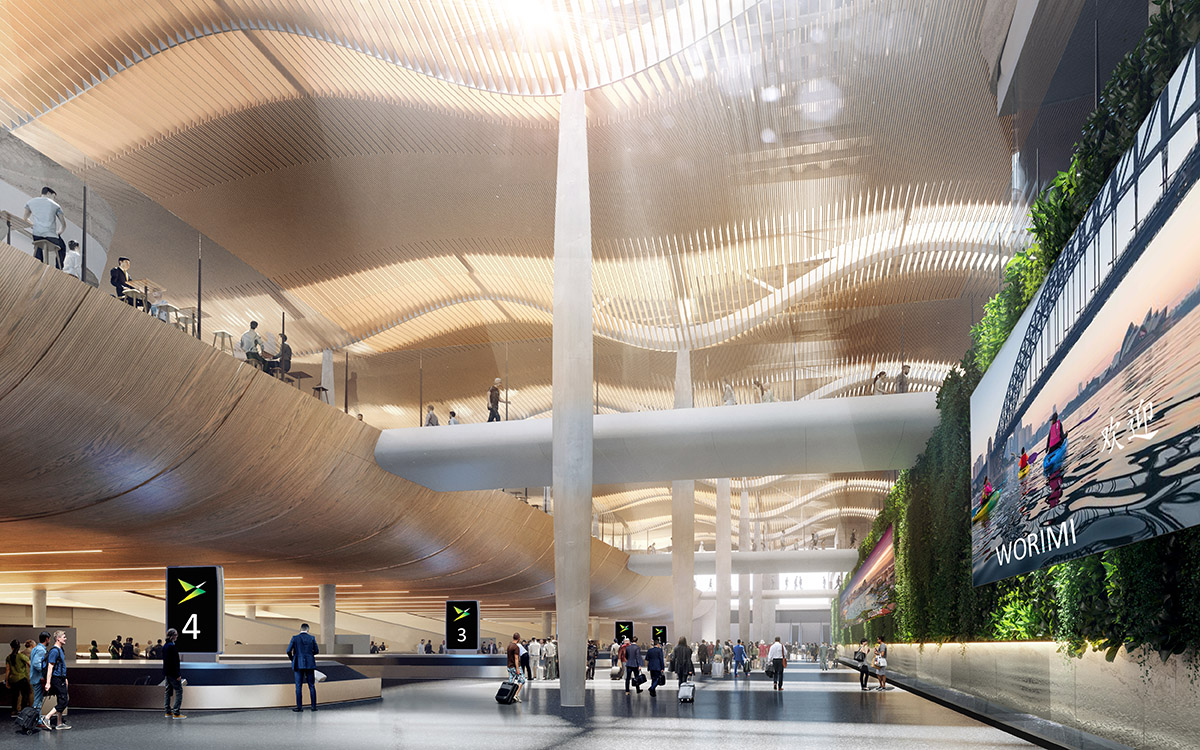 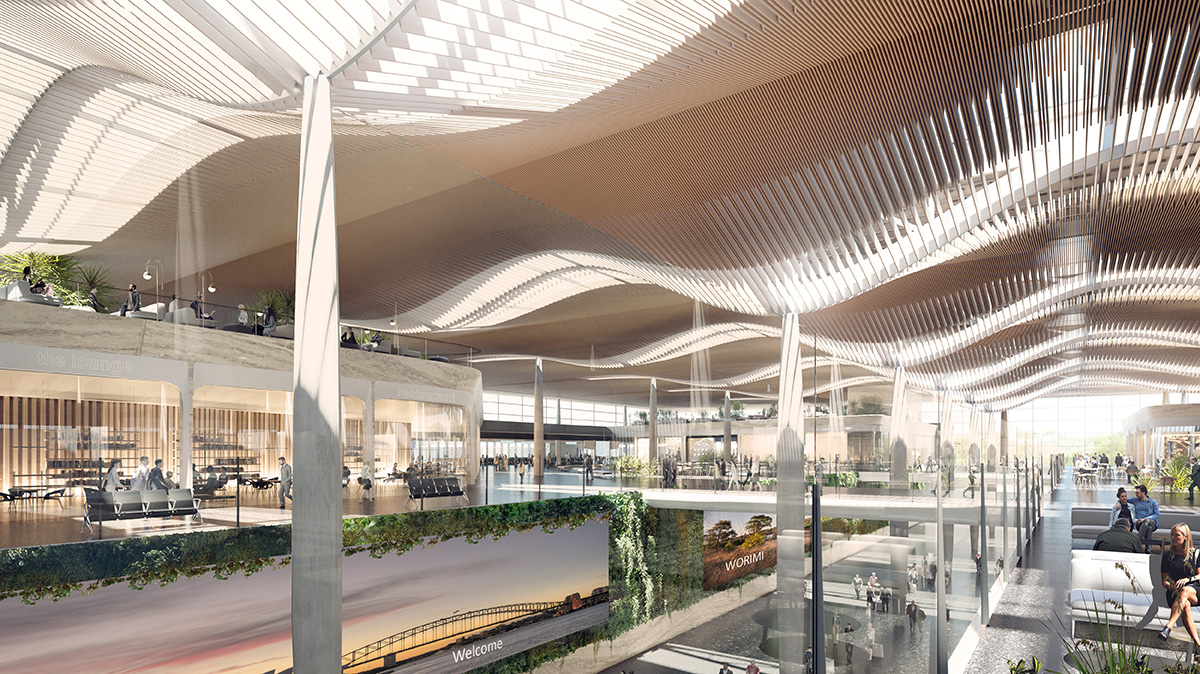 All images courtesy of ZHA/COX