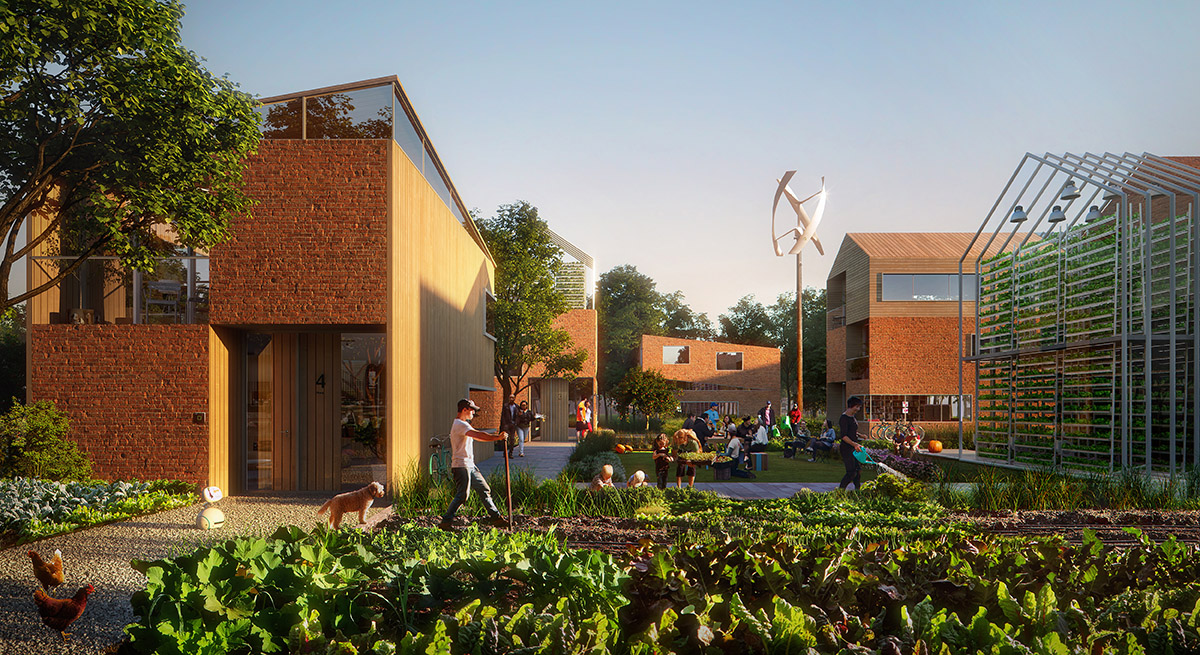 UNSense, the arch-tech company founded by UNStudio, has released details about its flexible urban plan to develop an adaptive neighbourhood of 100 Homes in Brainport Smart District, Helmond, The Netherlands, which was unveiled last year.

Described as "the smartest neighbourhood in the world", the masterplan was commissioned by the Brainport Smart District Foundation and UNSense has recently completed a feasibility study for the "100 Homes Project".

UNSense's study demonstrates the financial, technological and legal feasibility of the project. To bring the project to life, UNSense has brought together a wide range of partners and collaborators, including the construction company VolkerWessels, real estate developer and building company.

To increase the wellbeing of inhabitants and to make life in the 100 homes neighbourhood more sustainable, an urban data platform will be developed to host services provided within the area related to housing, energy, mobility and health. 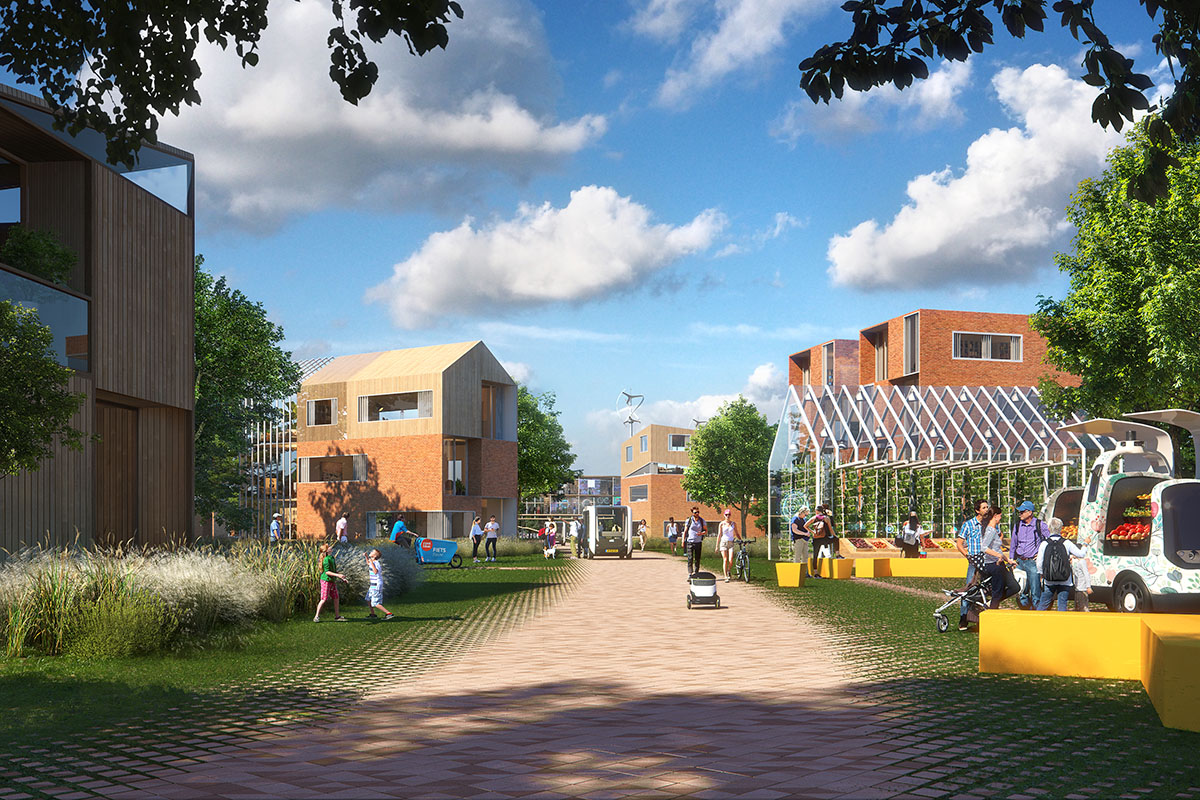 Feasibility study and next steps

Having recently been approved by the Brainport Smart District foundation, the positive results of the feasibility study mean that UNSense has officially started to take the next steps toward the further realization of the "100 Homes Project".

The "100 Homes Project" is part of the UNStudio masterplan for the expansion of the Brandevoort neighbourhood, a plan with 1500 permanent and 500 temporary homes, greenery and 12 hectares of business park, with the ambition to become the "smartest neighbourhood in the world". 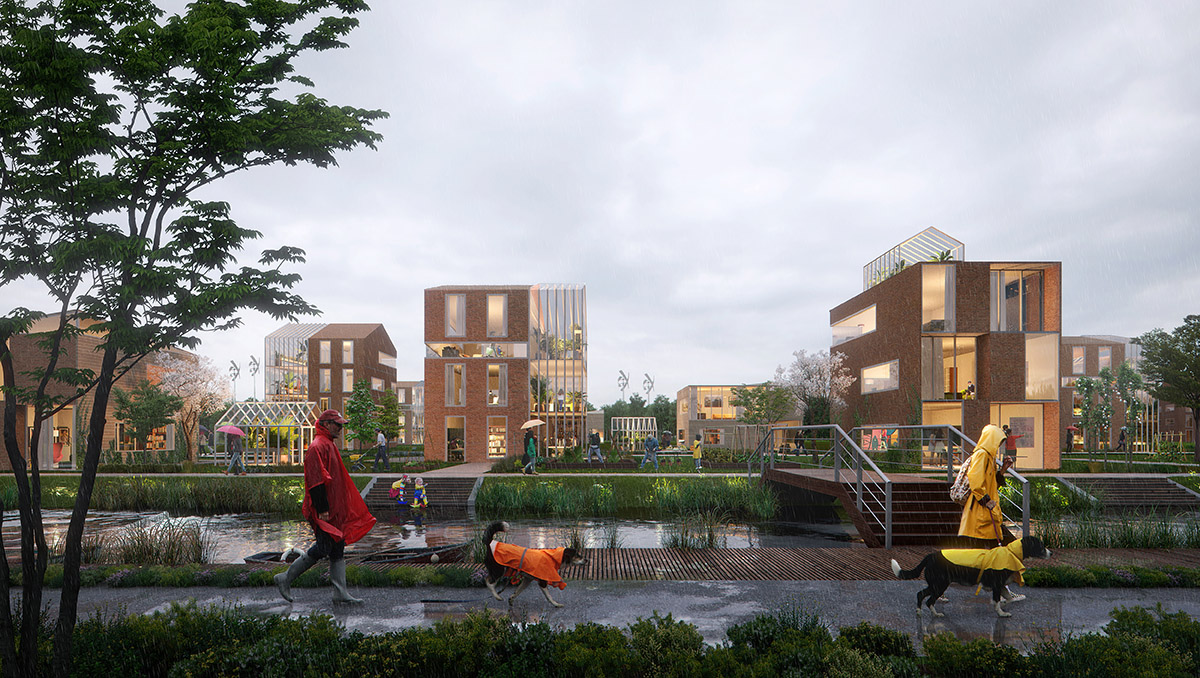 The 100 Homes Project is a Living Lab: a constantly evolving innovative environment where data and technology are applied at a neighbourhood level in order to have a positive impact on the well-being of residents, both socially and economically. Based on UNSense's findings, it is clear that technology within the urban landscape can lead to time, energy and financial savings associated with housing, mobility, food and health.

"Our goal is that, by developing intelligent services that connect and adapt to the needs and consumption habits of residents, basic services will become manageable and fixed costs reduced, while (net) income will increase," said UNSense.

"As a result, more time and energy can become available for people to spend on more meaningful, pleasant and healthier activities. This will increase their sense of quality of life, well-being, happiness and health." 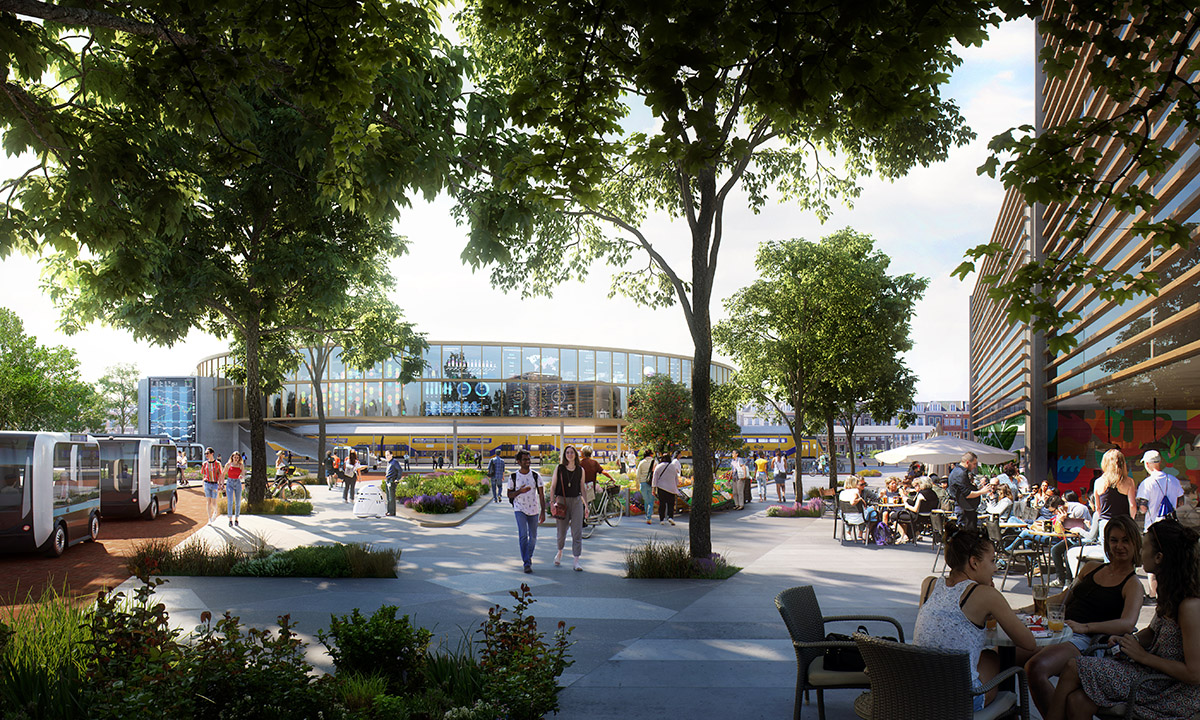 Research shows that technological progress has always had a direct influence on our daily lives - and that earlier industrial revolutions have often led to saving time, energy and money, and to an overall increase in comfort levels. The same mechanism now applies to the 4th industrial revolution. The advancement of technology (5G, IoT, sensors, AI, ML) makes it possible to further expand the domain of data to the level of the city. For example: by integrating technology into homes, cars or public spaces, daily activities (grocery shopping, cooking, household chores) can be made easier, while costs are saved.

A neighbourhood where people produce their own food and energy – based on the rates of consumption  – can become increasingly circular, energy efficient and green. Electric transport facilities will make an (expensive) car in the driveway practically unnecessary. By facilitating different housing types, the neighbourhood will be attractive and inclusive to a cross-section of society. The nature of such an intelligent, learning, adaptive urban district –  a Living Lab - is that precise needs and related services cannot be determined in advance. They will need to be developed with residents and understood through their use of the space. 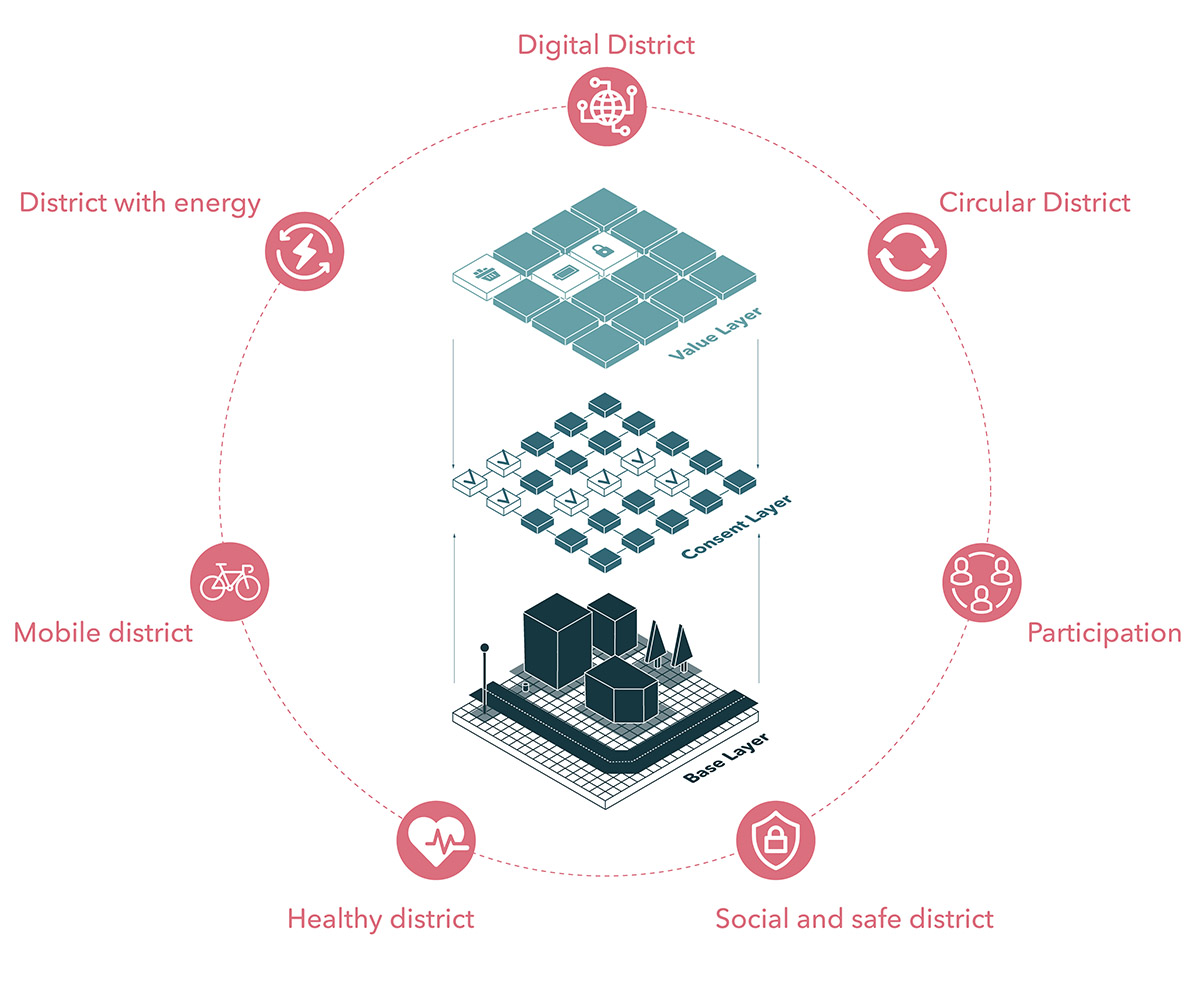 Towards a new model for equal data exchange

The 100 Homes Project also aims to test an alternative and fairer economic model in which the residents themselves benefit from the exchange of their data. The current dominant business model is based on data that consumers and small companies provide for free to technology companies in exchange for services: a structure from which only the tech companies profit. The backbone of the new neighbourhood is formed around a new Urban Data Platform.

Unlike many existing data exchange systems, this platform uses the principle of Equal Exchange, meaning that data ownership is controlled by the end user. By focusing on 'user consent', the residents decide which data they want to protect and which they want to share - and with which parties. In this way residents are given control over the services that are developed around their data. Ultimately, this will lead to new and more democratic economic models. 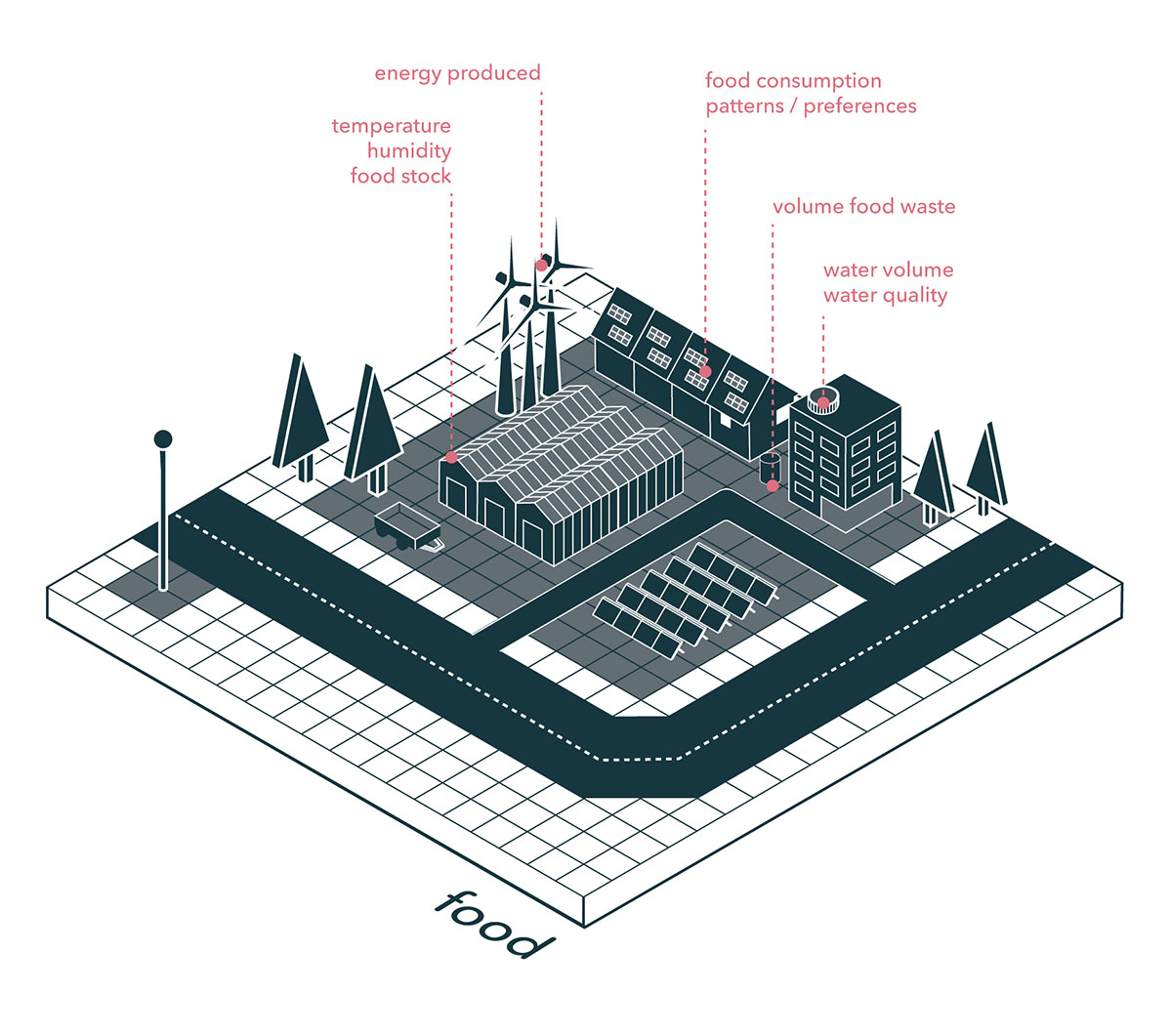 Data privacy is rightly a very sensitive topic and is of course our highest priority. In recent years, a great deal of distrust has developed around big tech firms. For this reason, an Ethics Council will be set up for the 100 Homes Project, consisting of scientists and independent experts from the public and private sector. It will serve as an objective advisory body on specific topics such as data ownership, privacy, regulation and financial gain for the end user. 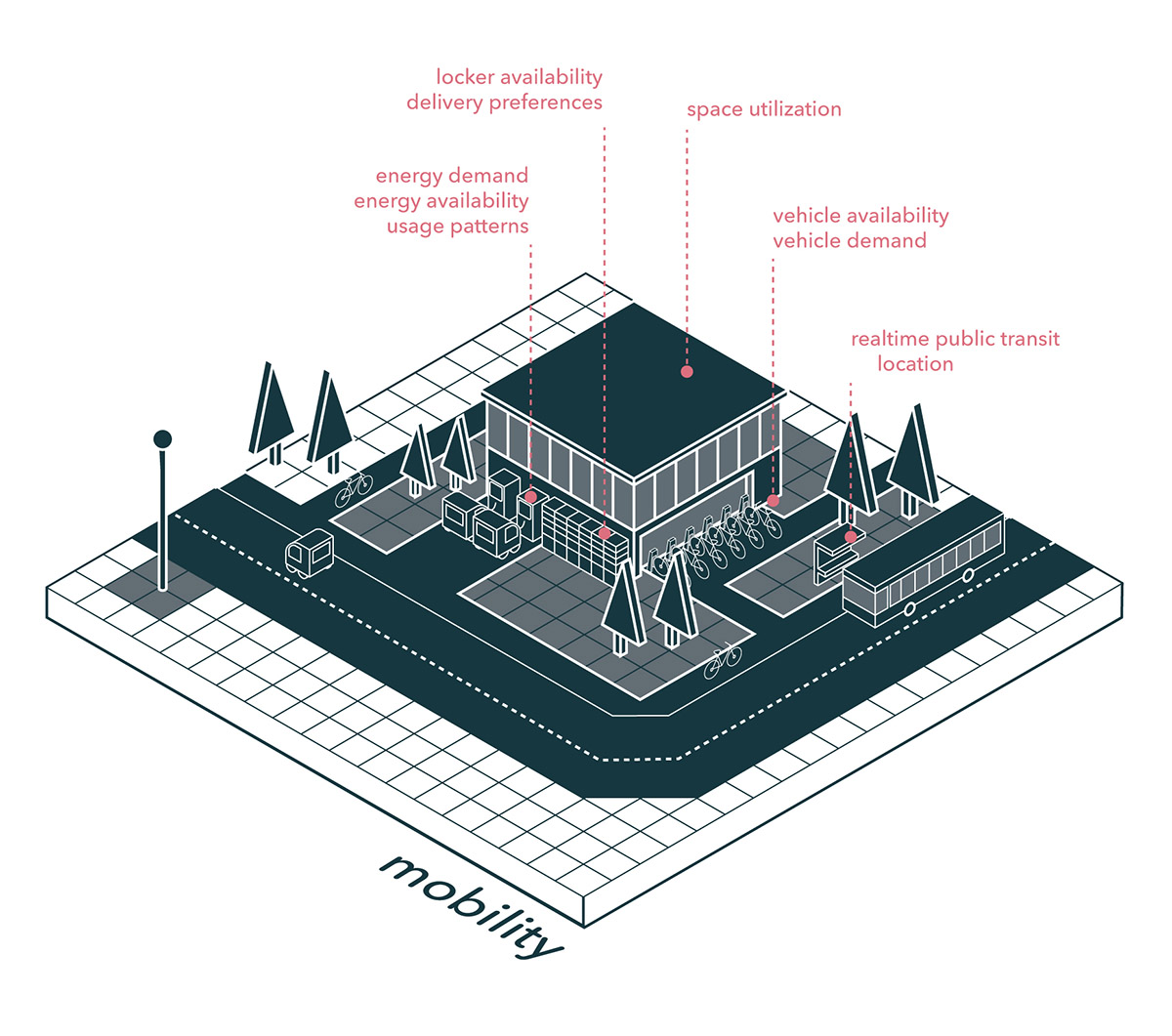 The 100 Homes Project enables UNSense to further strengthen its reputation as a leading strategy and orchestration consultant with extensive knowledge and experience in targeted smart city projects. As the creator and guardian of the Living Lab concept, UNSense acts as director for all partnerships between parties during the realization process. UNSense’s business model is based on advisory services (strategy and direction), for which UNSense charges a fee to various stakeholders (UNSense customers).

In addition, UNSense is an incubator for start-ups that result from its ongoing projects. In the case of the 100 Homes Project, one such start-up could be the creation of the Urban Data Platform NewCo as well as other companies that provide services to residents. These companies must discover their own business model in line with the core objectives of The 100 Homes Project to improve the physical, mental and social quality of people’s lives in cities. 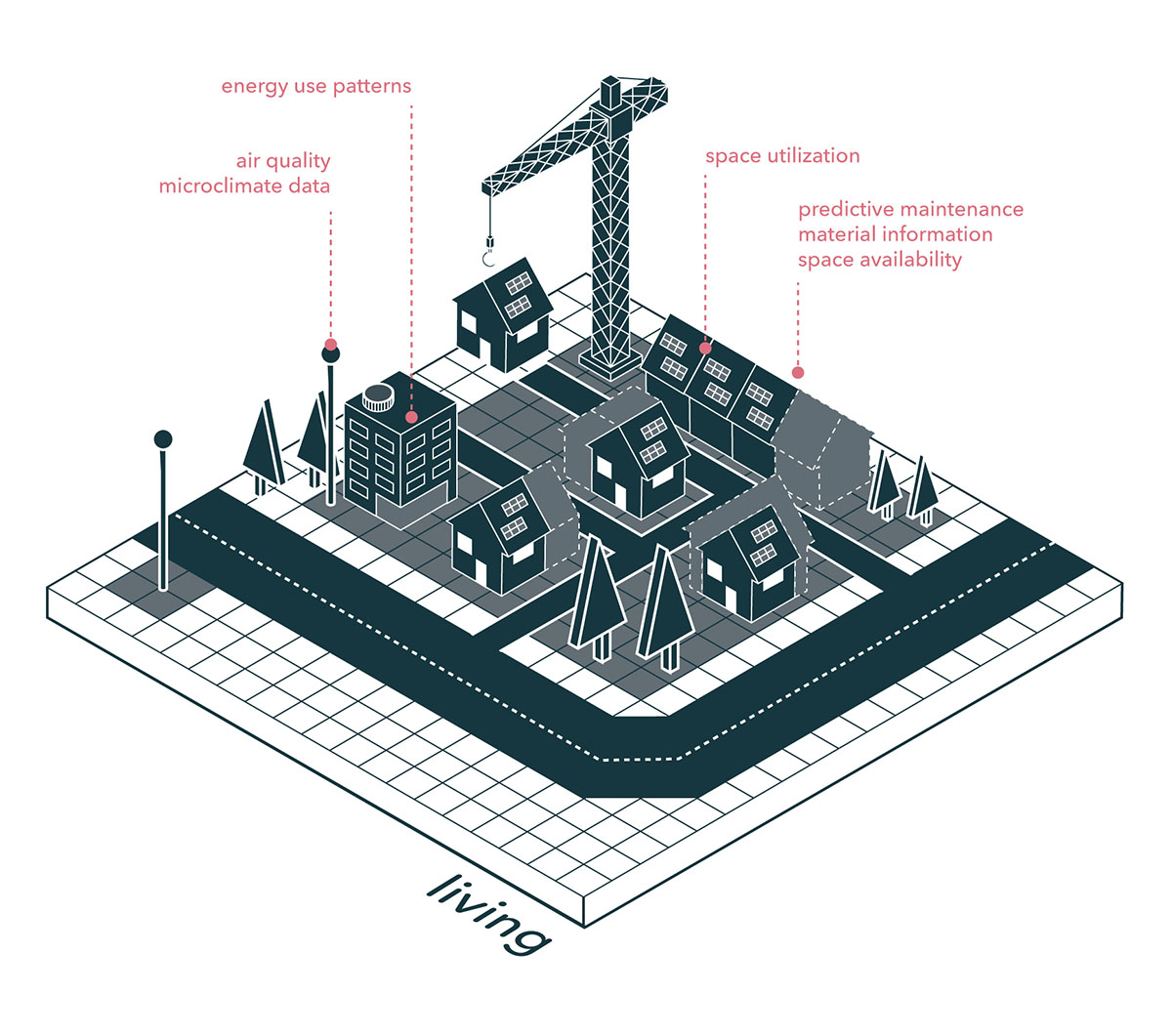 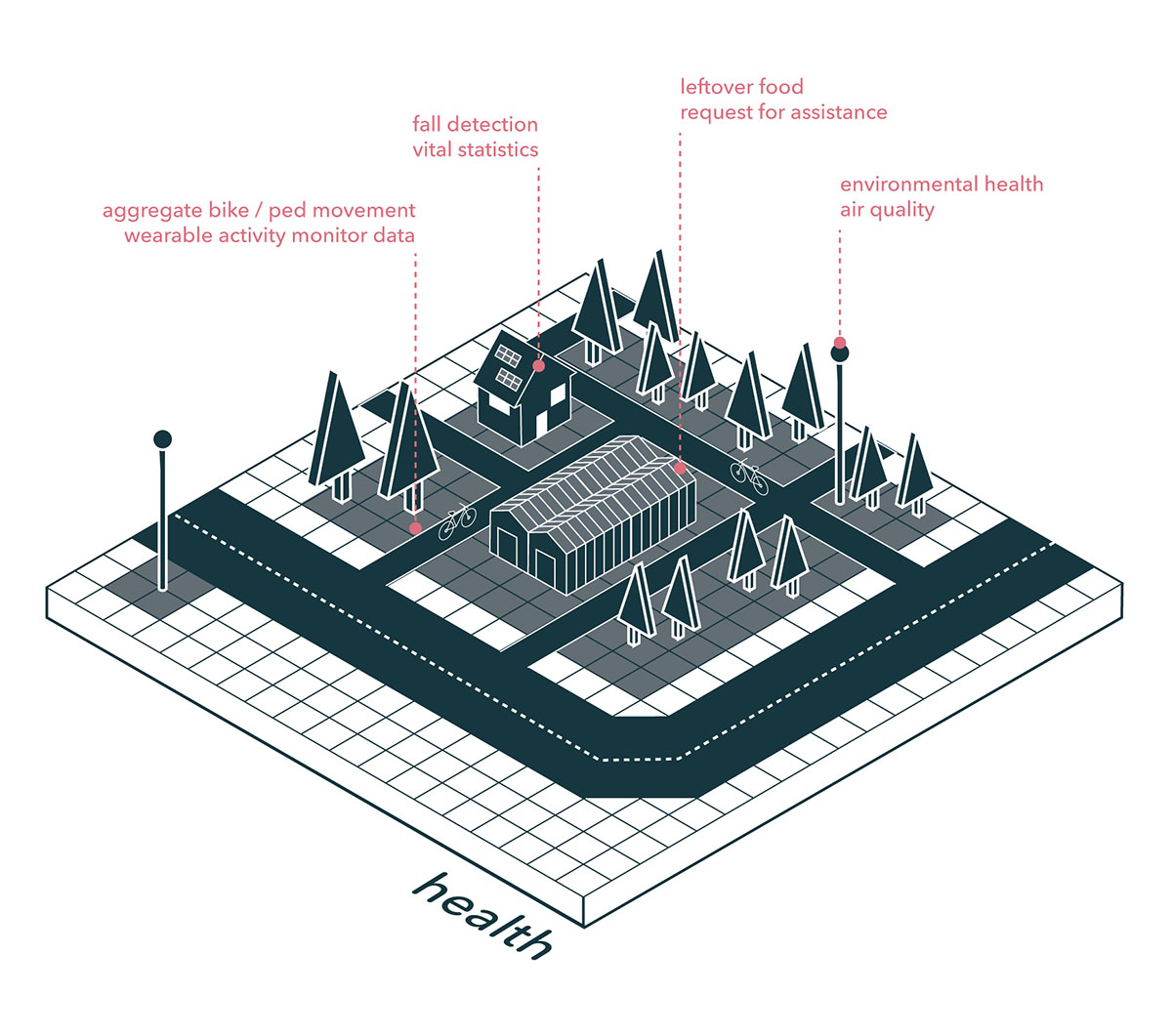 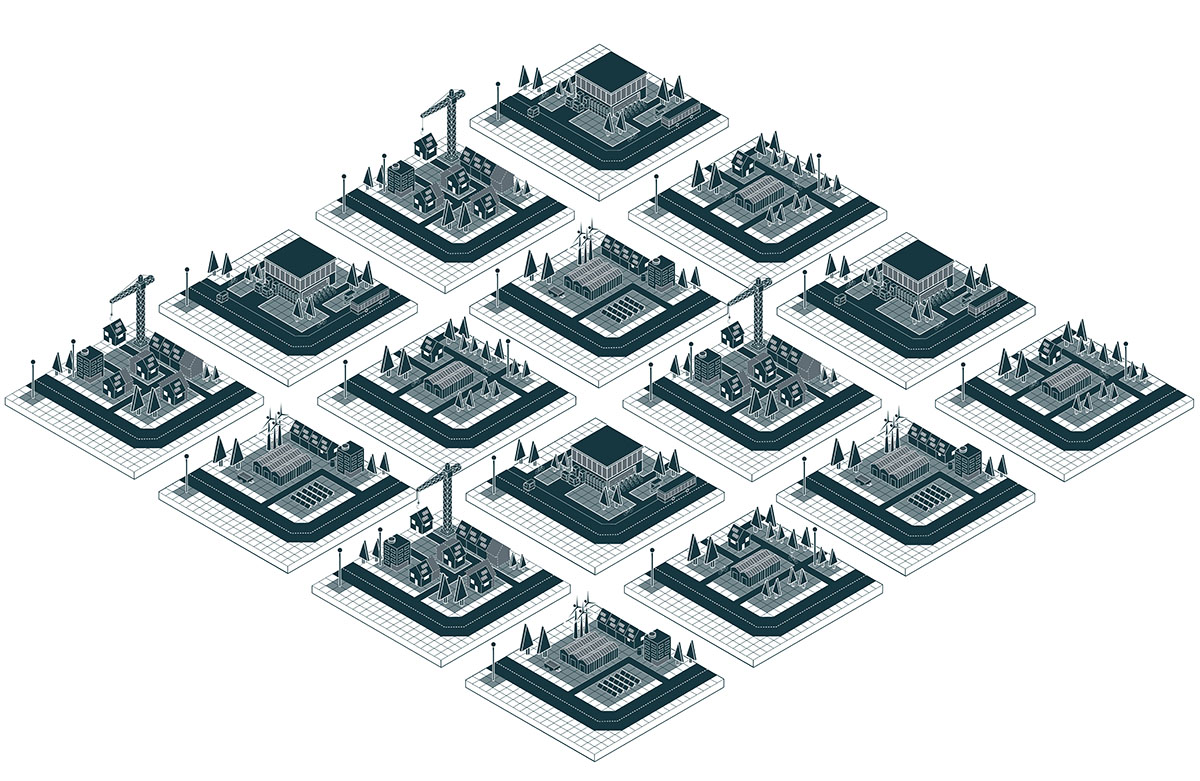 Brainport Smart District will be a smart living and working area; the urban development environment will be designed in conjunction with new technologies for digitization, transport, health, energy generation and storage and circular construction. The residents play an important role in the development of their own living environment.

The neighborhood will become a real-life testing ground for the development of new systems, processes and services that find their applications in the redevelopment of existing neighborhoods, in a way that does not further burden, pollute or exhaust our planet. Brainport Smart District will be realized in Helmond, in Brandevoort in the period 2019-2029. 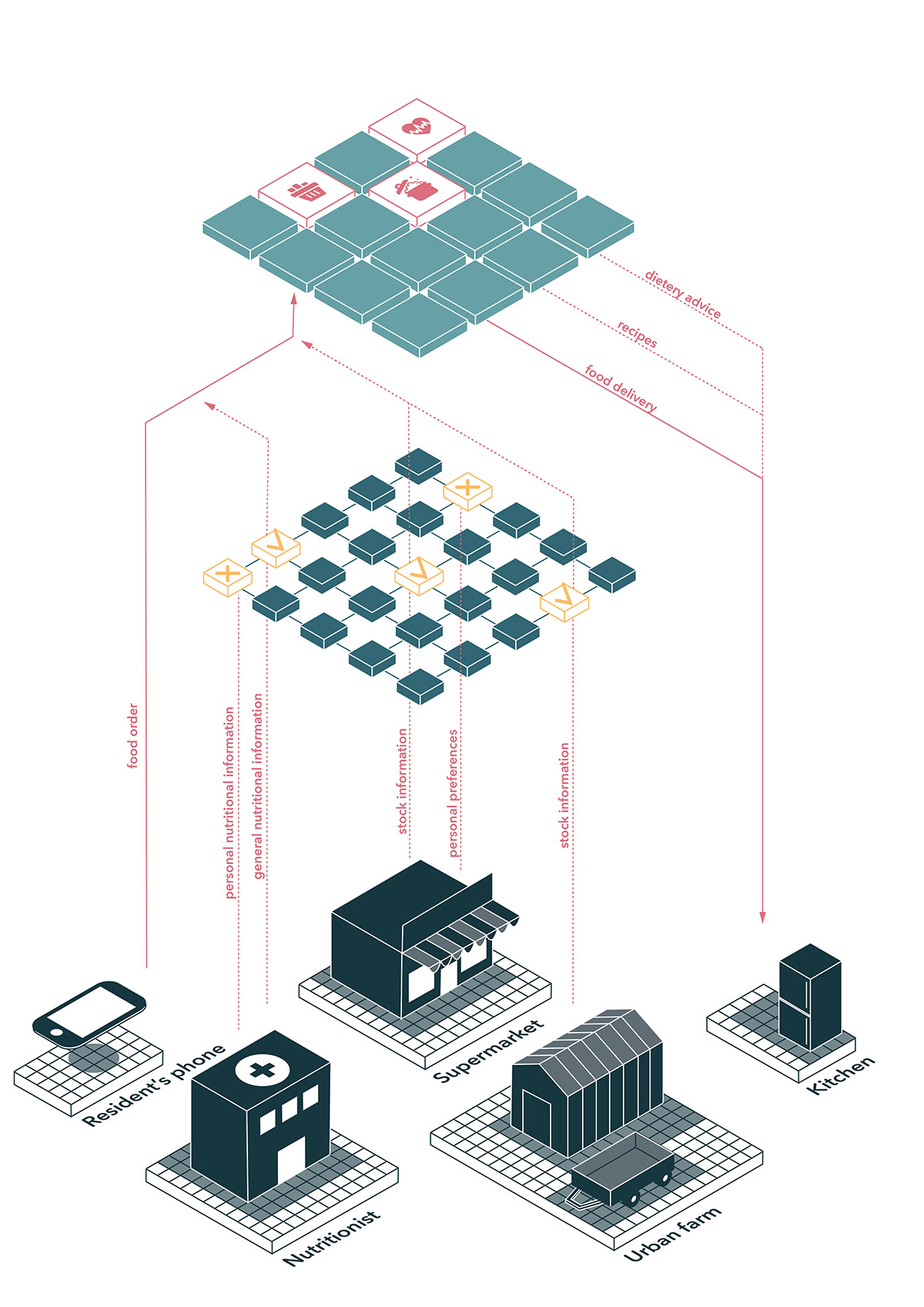 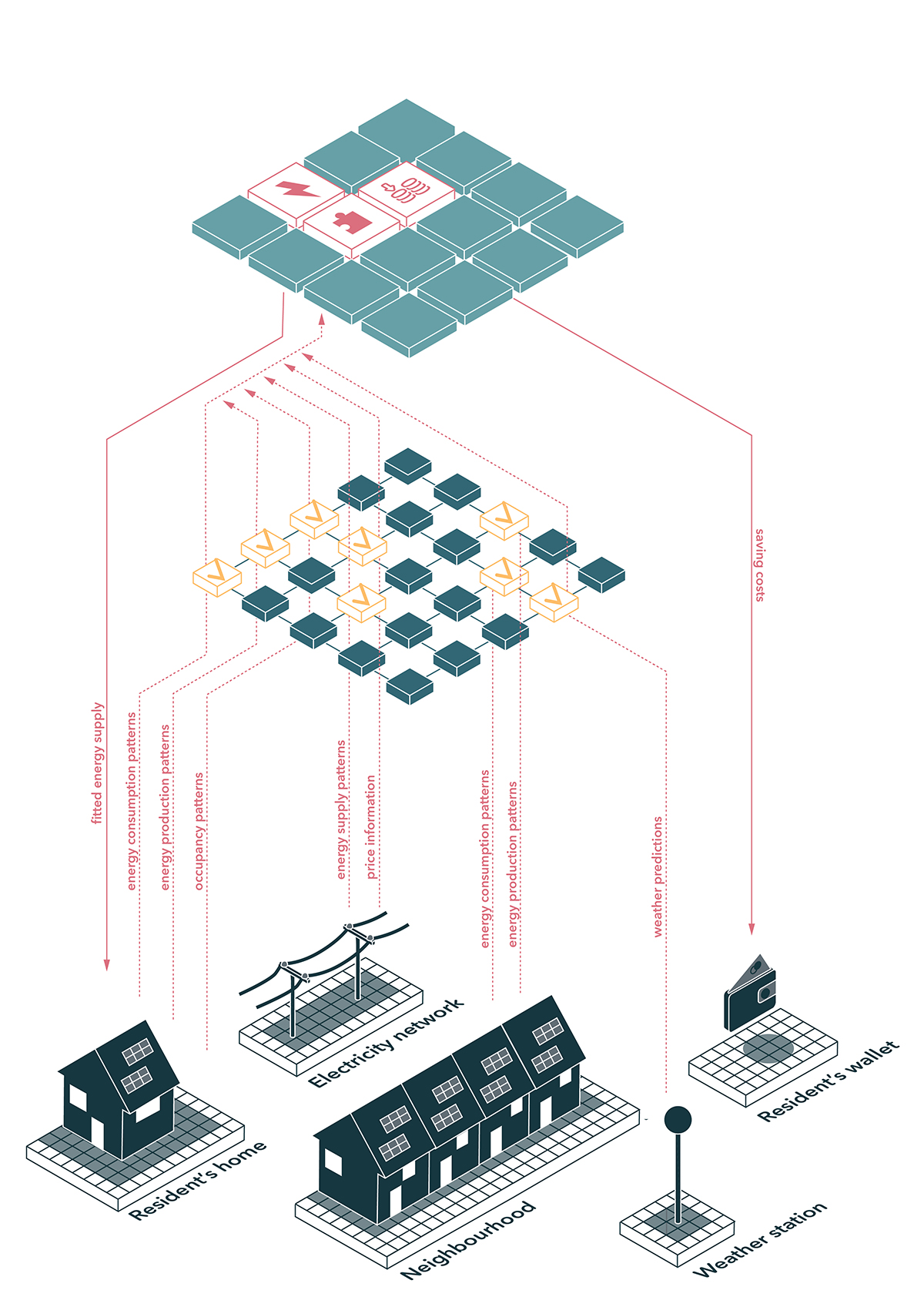