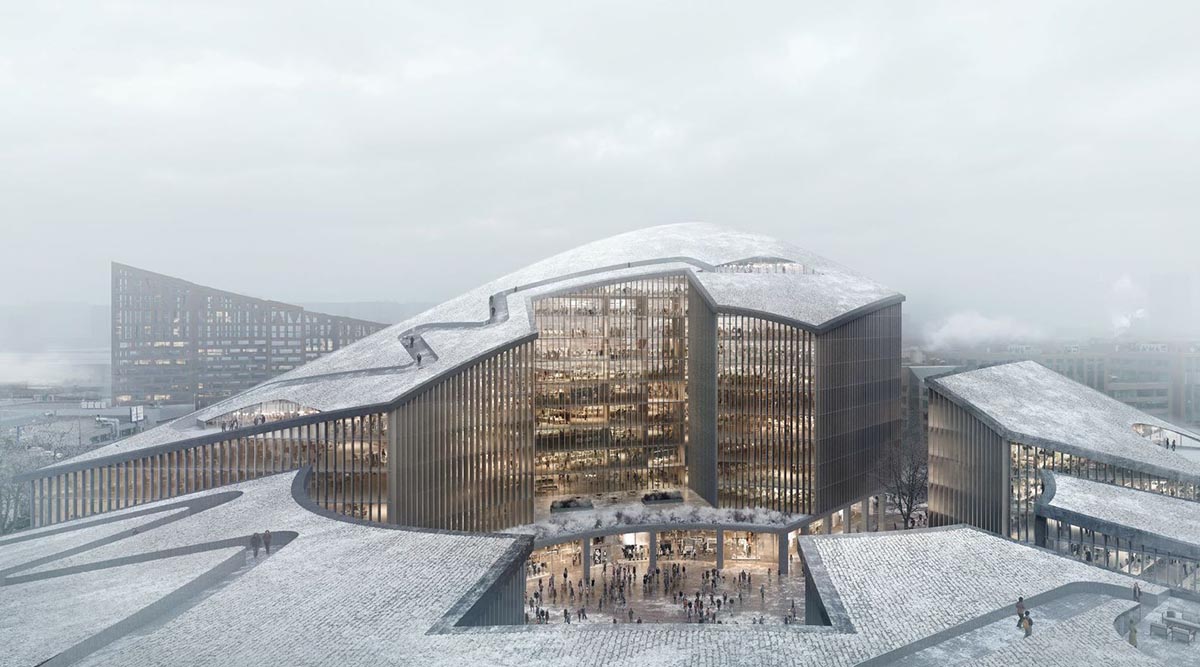 ODA New York has won an international competition to develop a mixed-use masterplan in post-industrial sites in Moscow, Russia.

Named  MAZD Moscow, the new masterplan aims to regenerate industrial zones with exceptional opportunities in Moscow, which will cover approximately a 3 million square feet in total.

Announced from ODA's website, the MAZD master plan will create a comprehensive study for the conversion of the industrial Magistralnye Ulitsy territory. The site is located in the intersection between the Third Ring and the Baltic Highway, at equal distance between the Hodynskoe Pole Park and Moscow City.

The competition was organized by City Makers and the client of the projects is Glavstroy. 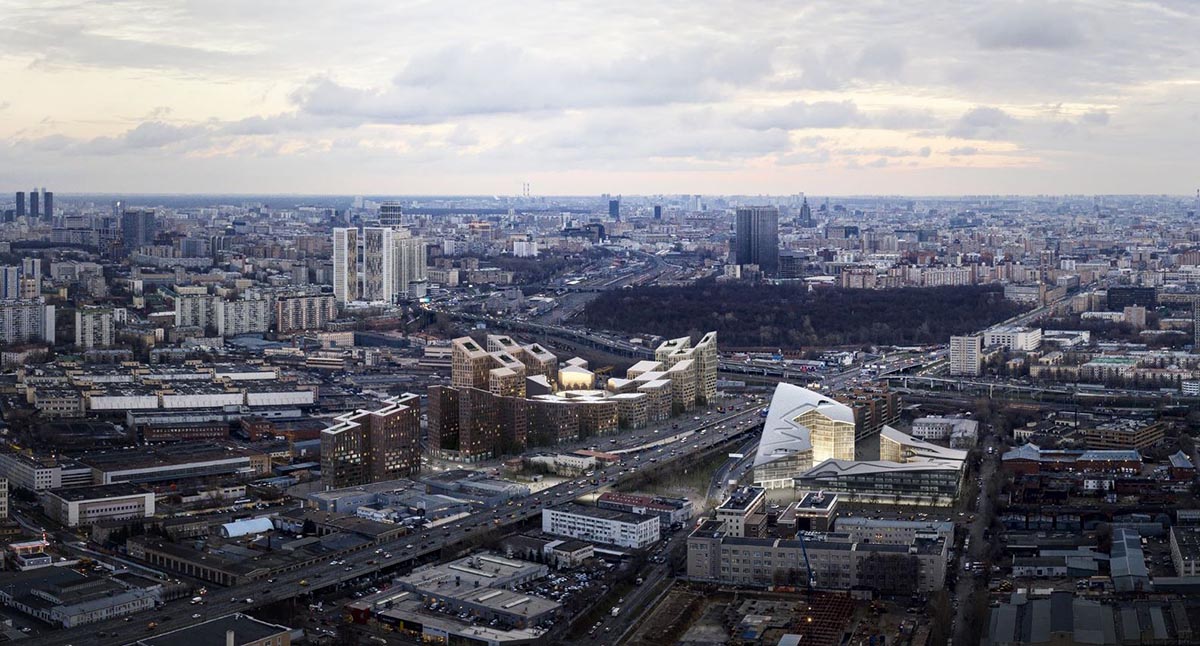 On the east side, the Vagankovskoye Park offers a natural relief next to this infrastructure node. The MAZD area is 9.3 ha. and will, in many ways, affect the further development of the surrounding neighborhood.

The new masterplan will be ODA’s objective to create a meaningful contribution to the development of this urban fabric, one that will, overtime, set the guidelines for a more pedestrian, green and mixed redevelopment, and one that will become a destination in this valuable part of the city. 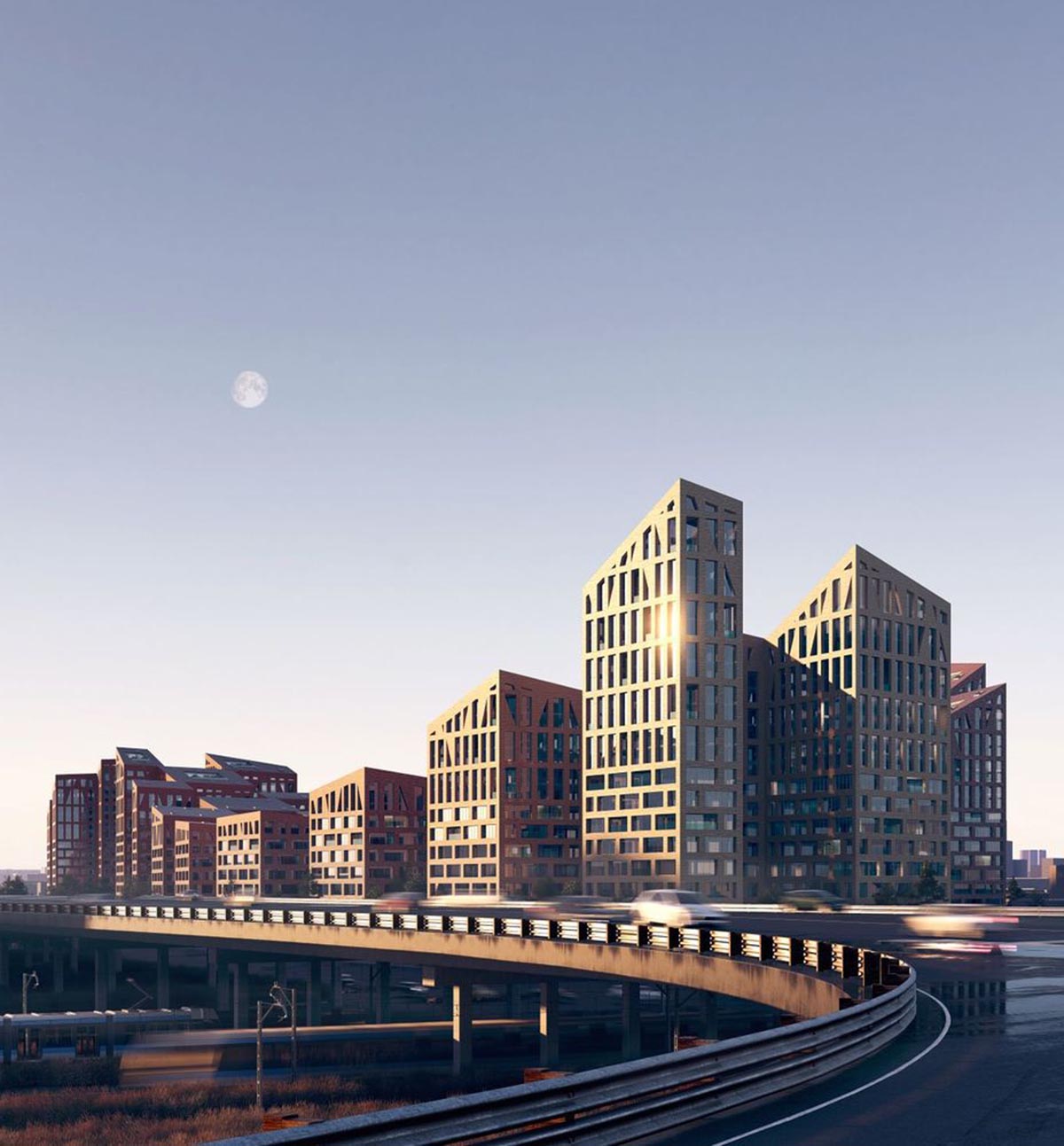 The MAZD territory is located in one of the most valuable lands on the border between Moscow’s core and the residential areas beyond the Third Ring. It acts as a geographical gateway on the west side of the capital, in close proximity to business and leisure regions.

The MAZD Territory will be an innovative neighborhood, establishing a visible marker along the Third Ring Road of Moscow’s multipurpose, green, and accessible urban agenda. 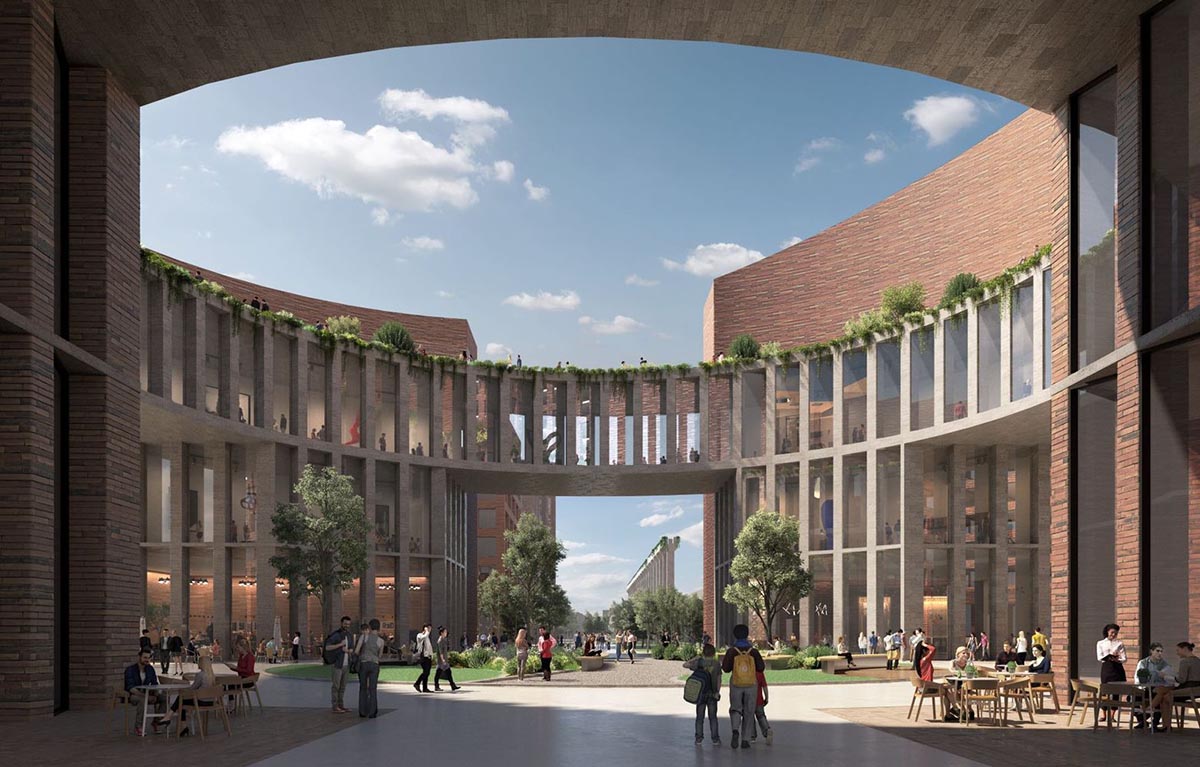 "Our proposal is designed as a dynamic gateway that lends multiple visibilities to the south border of Khoroshyovsky’s District and connects the sites on both sides of Zvenigorodskoye Highway," said ODA New York.

"The New MAZD will update the deployment of public programs along the West sector of the Third Ring Road, close enough to the bustling influence of Moscow-City, from which it will become a beacon with its iconic silhouette."

The proposed schemes will follow Moscow’s trends for a dense, mixed and walkable region where architecture and landscape are designed in conjunction. The interweave of public and recreational spaces with residences and offices will strengthen the sense of place that this location much needs.

"Our scheme is rounded off with an iconic roof that landmarks MAZD within the city skyline. Below, the residences are strategically organized with courtyards and open sight lines," added the firm.

"This brings a human scale to the development and creates two complementing typologies: villas around quiet patios and towers exposed to the far views."

In plan the scheme is designed as a modular system and achieves a close checkerboard balance between open and enclosed spaces. In elevation the scheme is topographical and all uses are arranged under a unifying roof.

On the ground level, leisure and retail activities are laid out to enjoy the experience of the continuous park. At its center, the multilevel art space becomes the heart of the neighborhood, open to the core plaza, and a proud sign of identity for the new residents. This concept sets an open yet defined self-sustained campus. 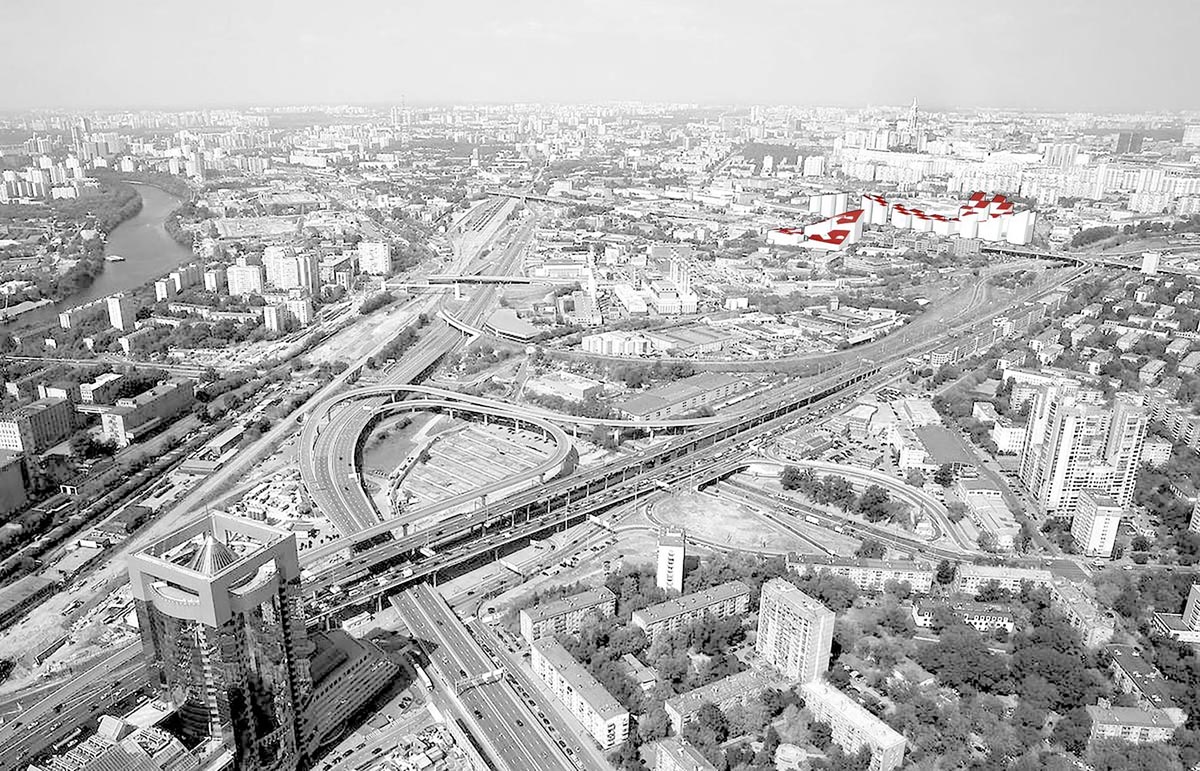 Its multilayered overlap of uses will allow for meaningful interactions between visitors, residents and workers. This modular development can adapt to different typologies, masterplans and can influence the north and south expansions of future developmental stages.

According to ODA, the new MAZD will be an iconic and multilevel tapestry of life for leisure and human interaction.