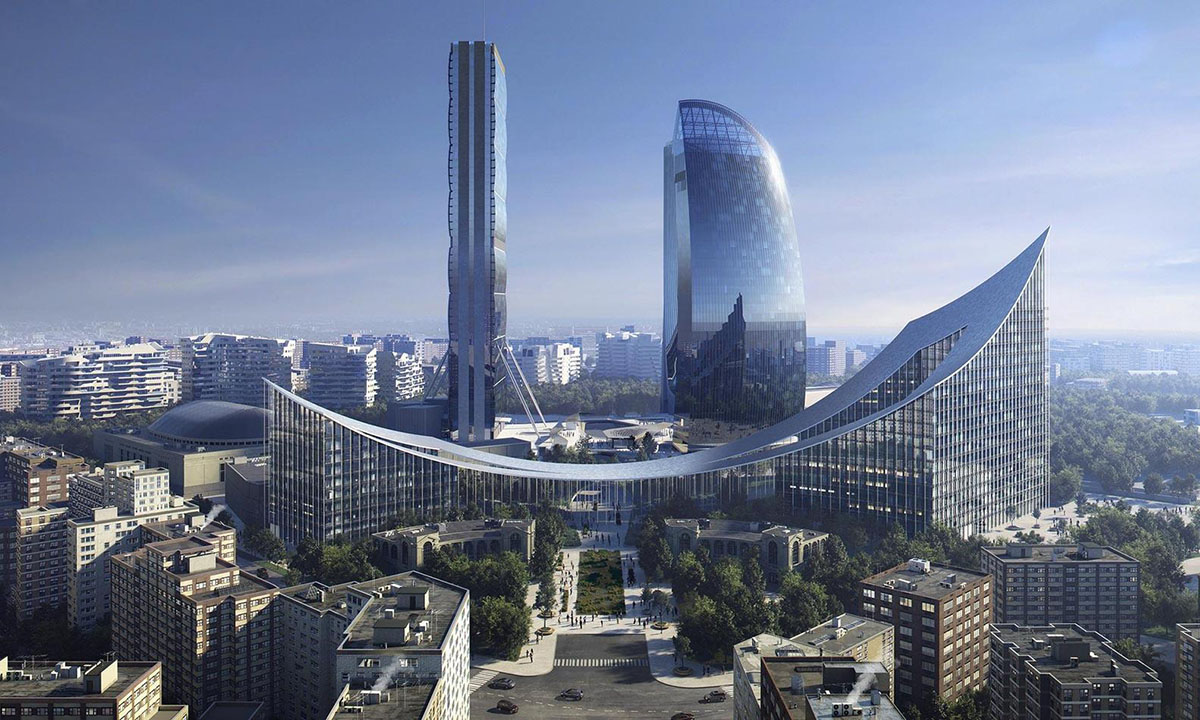 BIG has released its design proposal for a new gateway to Milan, which is developed on the last two remaining plots of the CityLife masterplan in Milan, Italy. 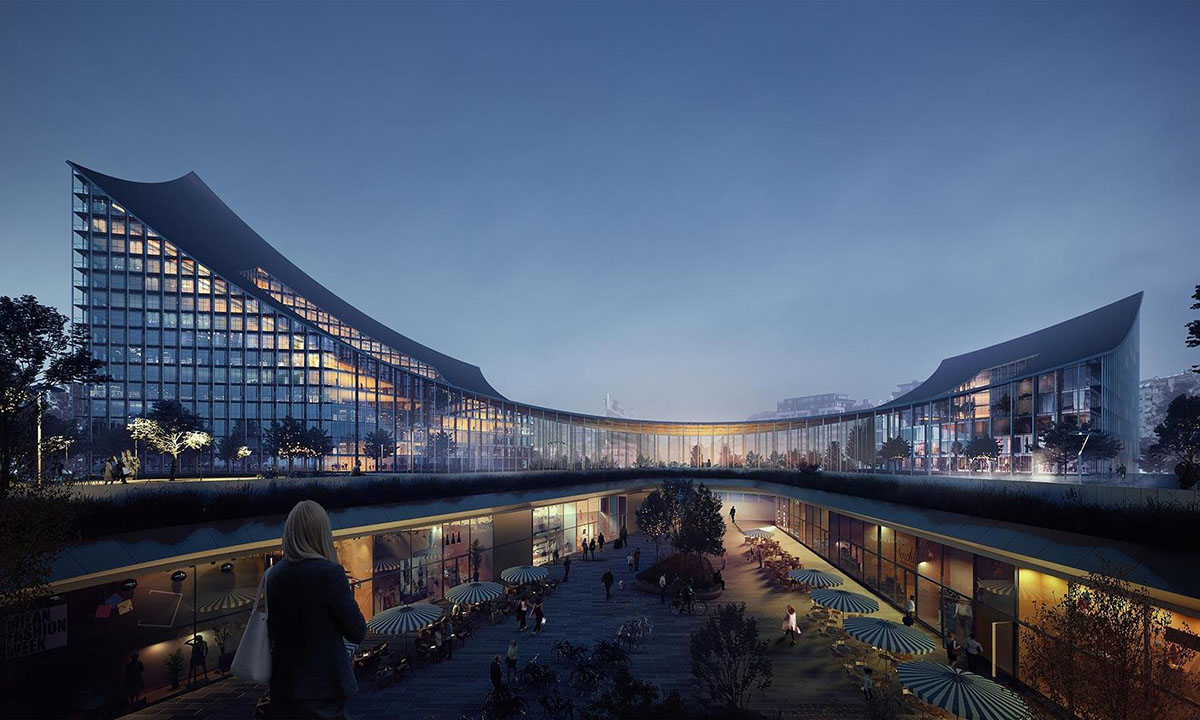 Named The Portico, the project aims to create a new urban realm by connecting the two buildings with a 140-m long hanging roof structure which will invite visitors to a generous public space underneath.

"Rather than compete with the existing ensemble of towers, we propose to complete the urban fabric by forming a gate to the neighborhood," said Bjarke Ingels, Founding Partner and Creative Director, BIG.

"The catenary canopy connecting the two structures creates a new shaded and sheltered public space for the life of the city." 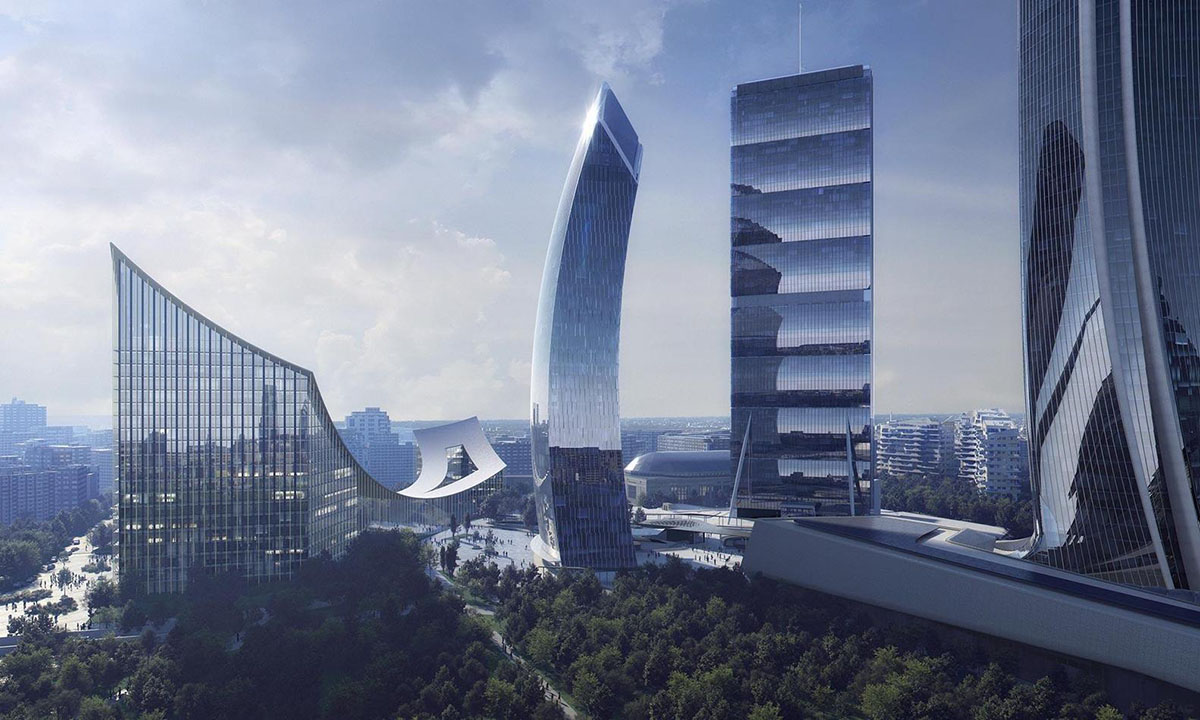 As BIG explains, the new development will accommodate workplace and public amenities. The existing masterplan consists of three iconic towers surrounded by a green public realm and residential neighborhoods.

While the brief asked to design a fourth tower on the site, the presence of the three iconic towers in close adjacency offered the unique opportunity to explore other typologies and to address some of the key challenges of the site. 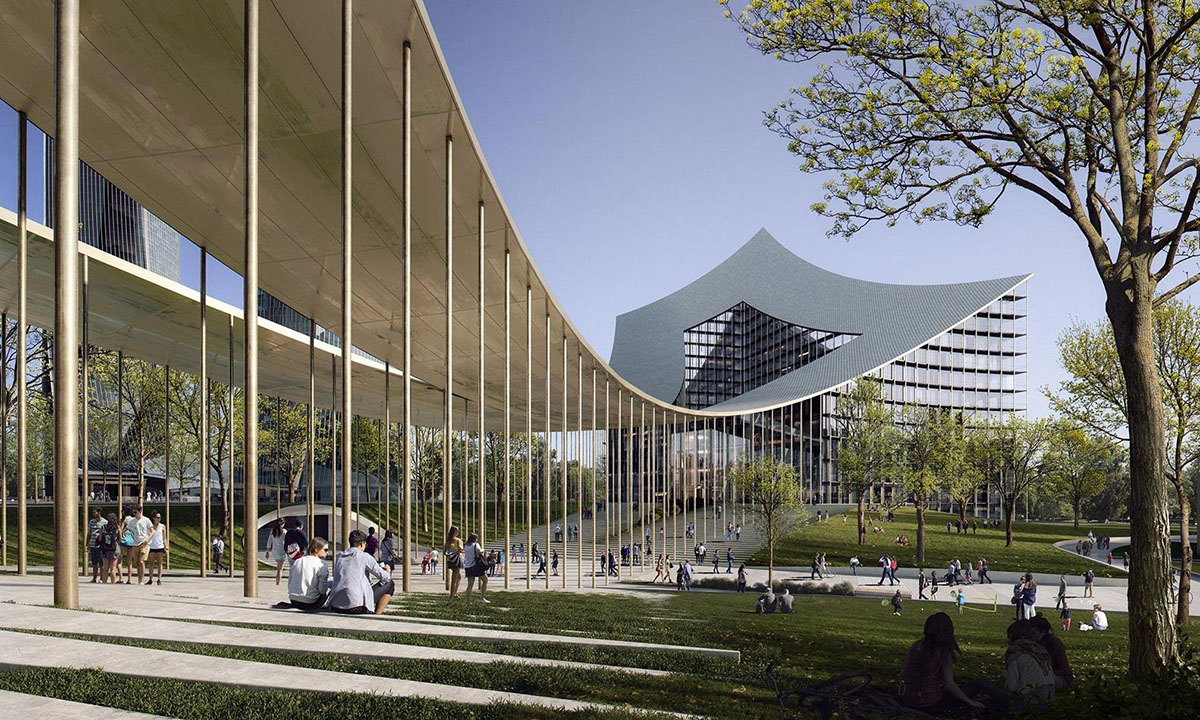 "The two parts of the site are today disconnected by a large car ramp that dominates the experience for pedestrians entering the site," said BIG.

BIG proposed to remove the car-ramp and create tow individual buildings connected by a 140-m long hanging roof structure, forming a generous urban-scale portico as the entrance to CityLife.

The portico creates a shaded public realm that interconnects the buildings and invites visitors into the area. 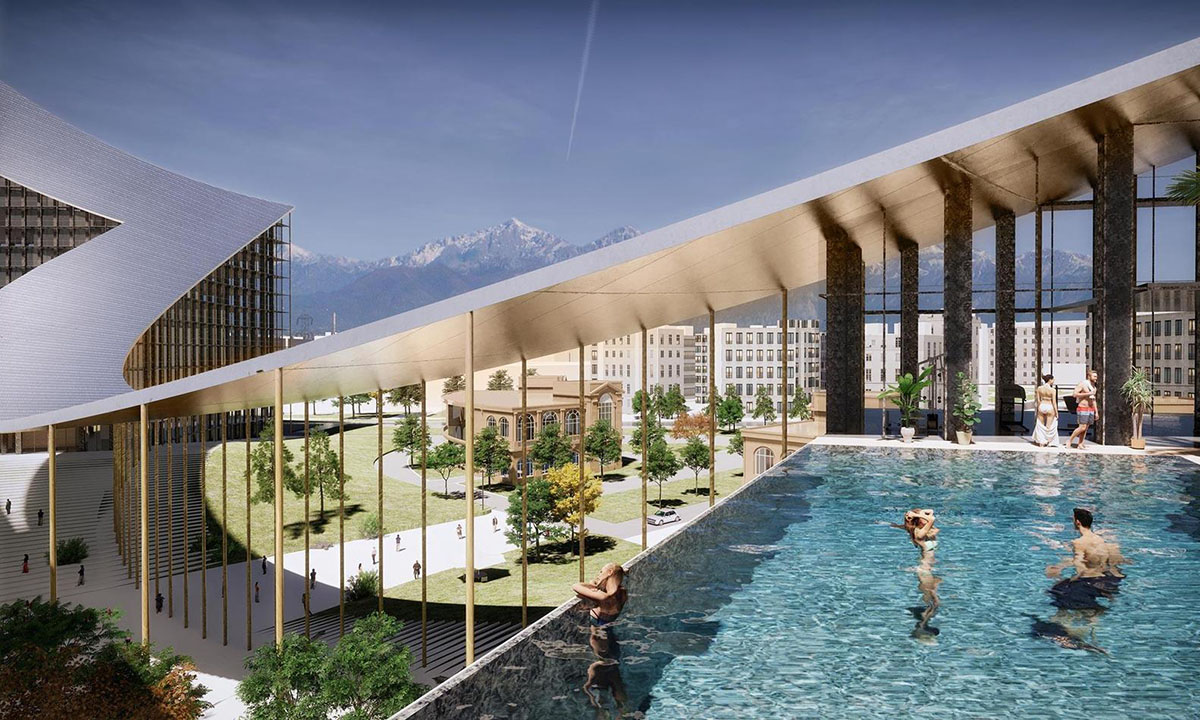 "The site offered an opportunity to explore a new typology that connects the City Life area to the surrounding urban fabric. We propose a project that is at once low-rise and high-rise. The portico connecting the two buildings creates a shaded public square at the urban scale, uniting the district under a new gateway," said Andreas Klok Pedersen, Partner and Design Director, BIG London.

In BIG's proposal, rather than compete with existing context, BIG's proposal seeks to complete it. Traditionally, a portico is used as a device to solve multiple contextual challenges. It is an extension of an interior space to the exterior, allowing the climate to be enjoyed throughout the year. 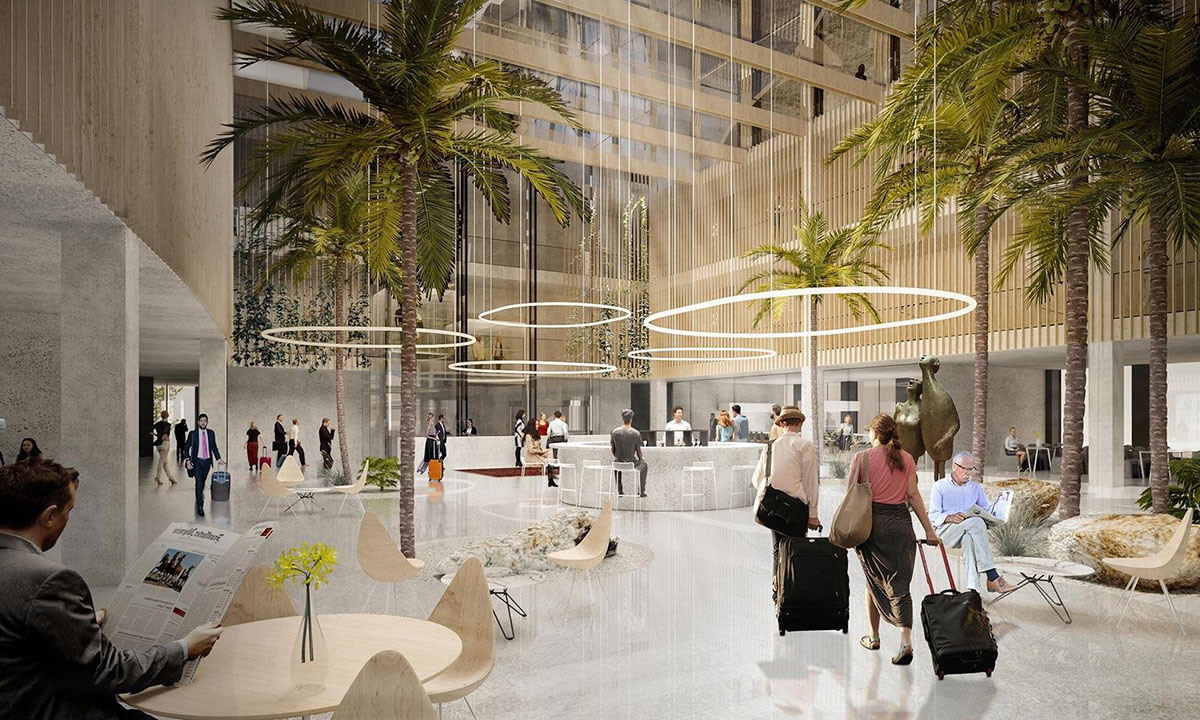 BIG says: "we propose a portico created by a hanging structure. With a light roof and thin columns working in tension to prevent uplift, the building's canopy serves as an inverse portico blurring the boundary between public and private, indoor and outdoor."

"While the buildings are extroverted and welcoming to the public, there is also a calm environment in the courtyards for its occupants. Two private courtyards allow employees to enjoy a place of respite during the workday, while the large, central covered public realm becomes a gift to city of Milan." 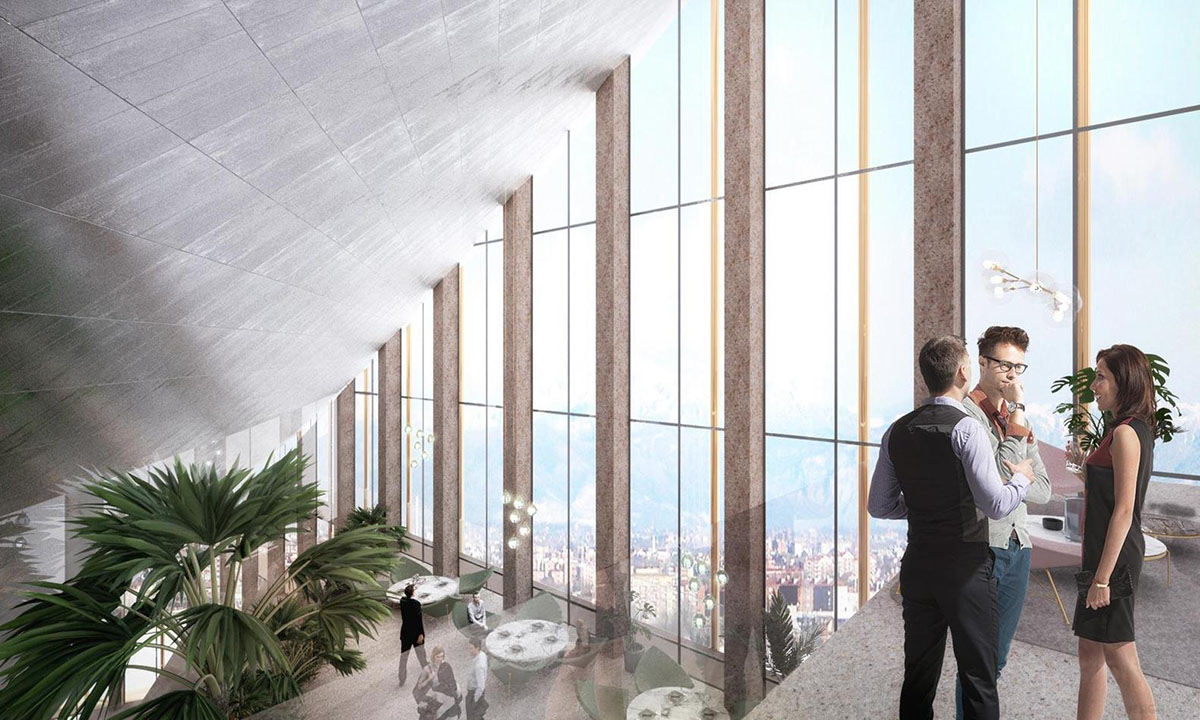 Under the curved roofs, a cascading ring of amenities allow for interconnected workspaces, and extends into the rooftop bar overlooking the Alps and Monte Rosa. 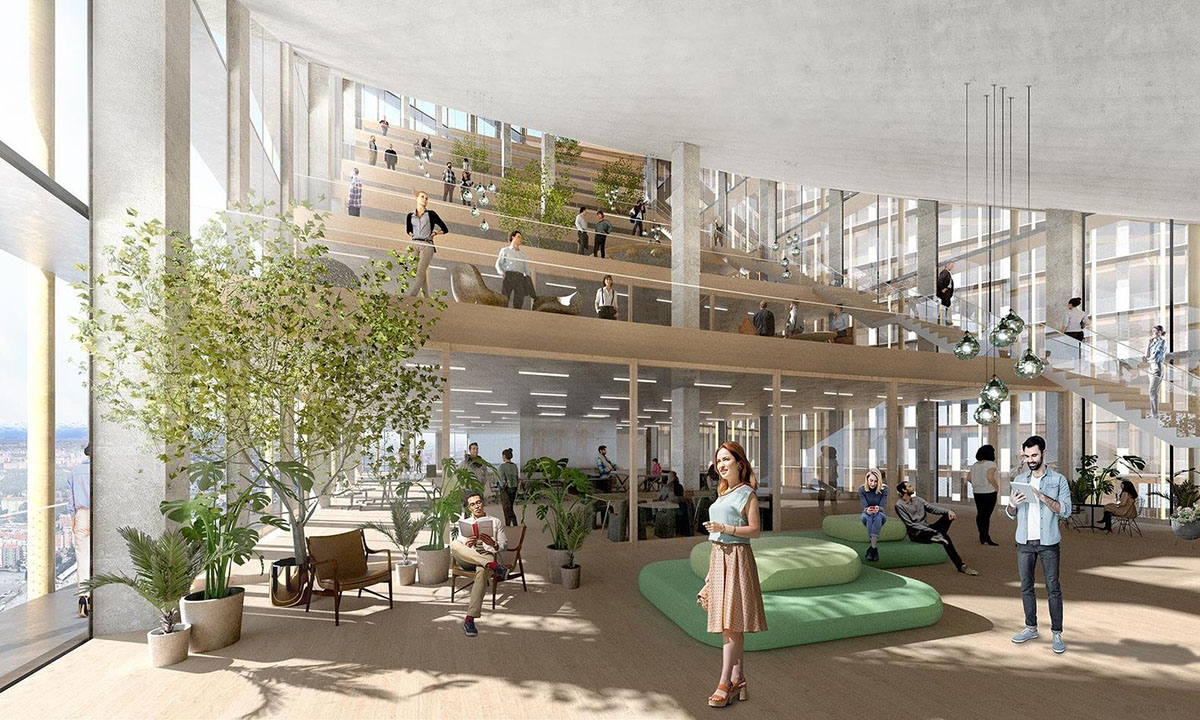 Buildings are never stand-alone entities, rather, they form part of a larger network: a campus tied together by rich public spaces and complex urban context. Throughout the urban history of Milan, an axis traditionally is symbolized by a set of twin buildings and a gate. 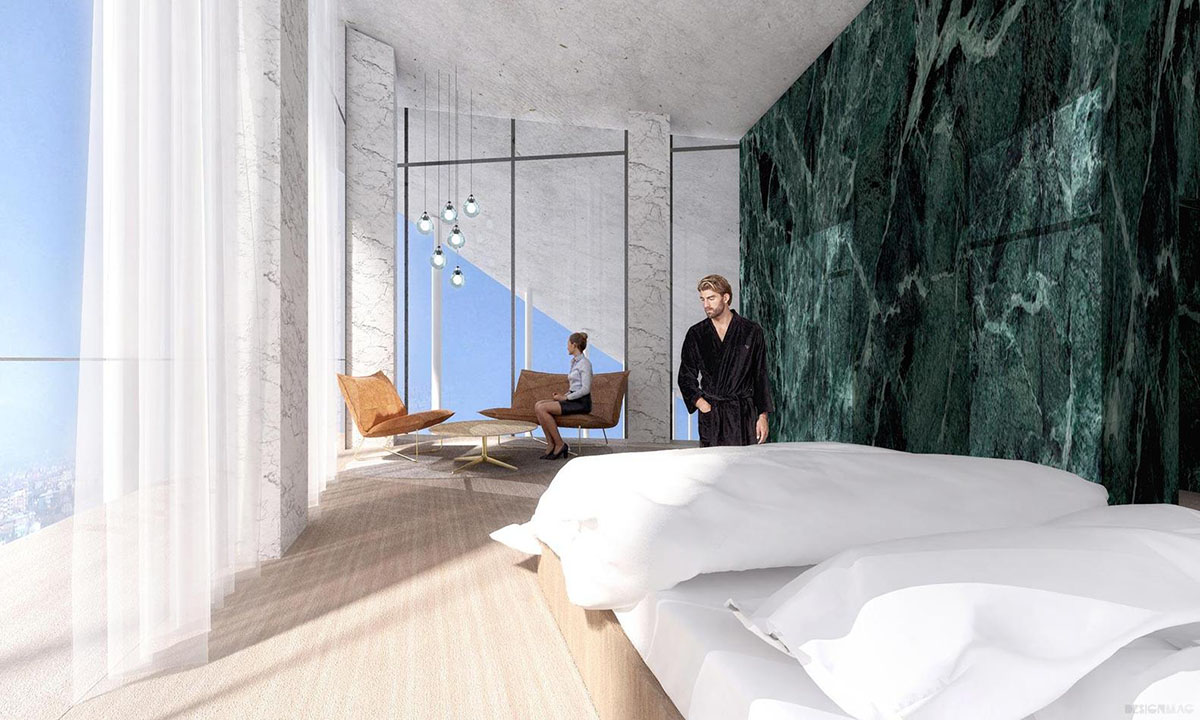 With CityLife, the twin building creates a new typology that blur the boundary between interior and exterior, creating both entry and significant destination for Milan. CityLife Milan is expected to complete in 2023.