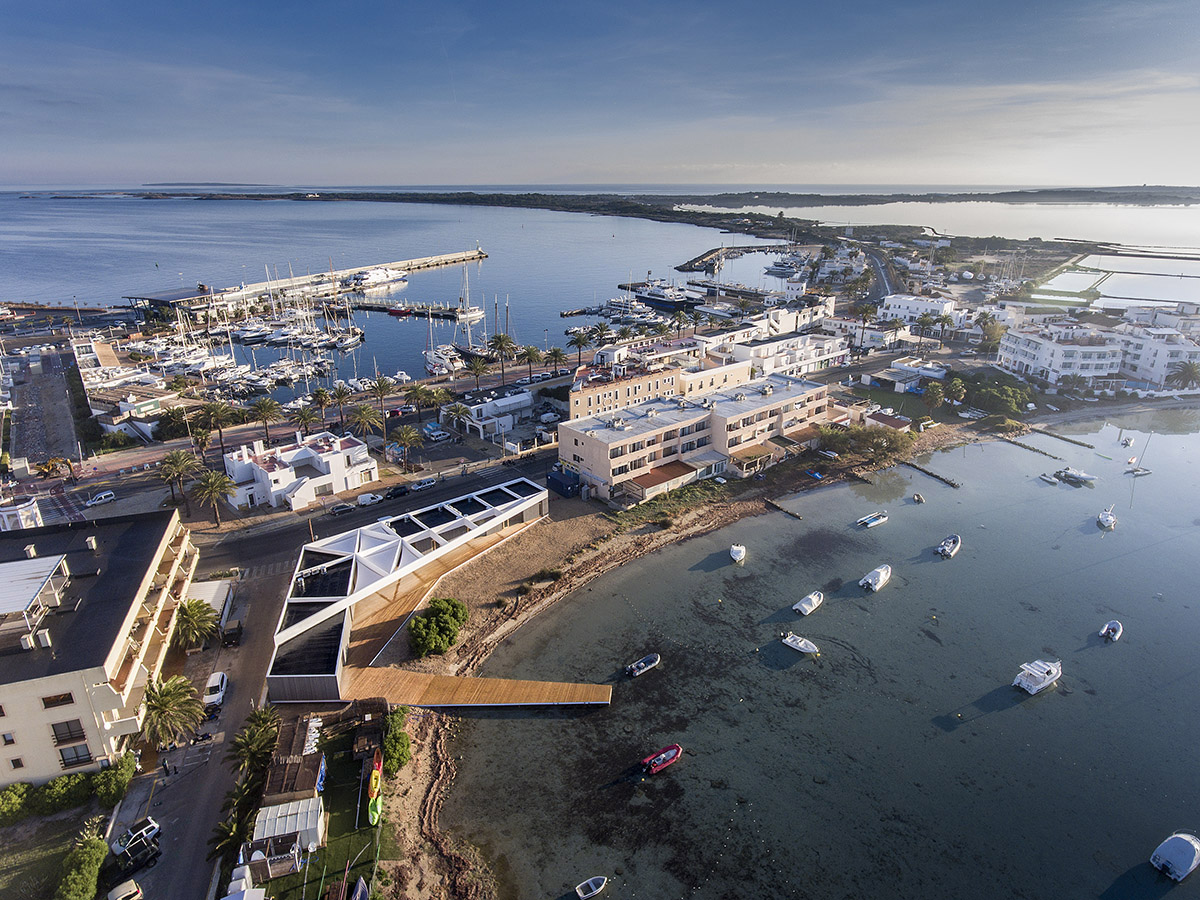 The program of the building includes classrooms, offices, workshop and dressing rooms in which its program has divided the volumetry into two independent parts aligning the first one with Almadrava Street and the second one with the passage of Balandra. 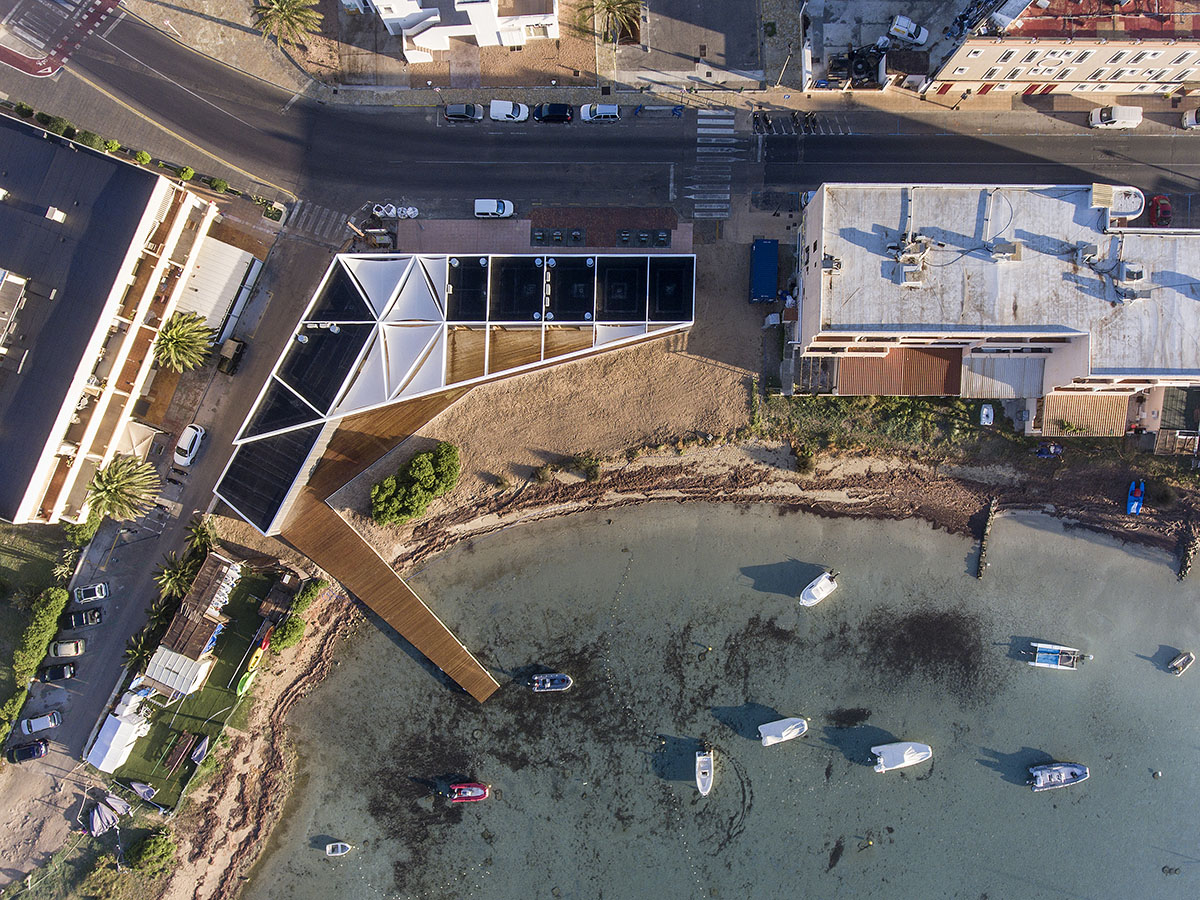 At the intersection of both streets, the building offers an empty space with its visual permeability that incorporates the main access to the equipment. Between the two described volumes, there is a structure that provides a chill-out zone in the shadow and with its oblique geometry invites to enjoy the amazing views opening towards Estany des Peix. 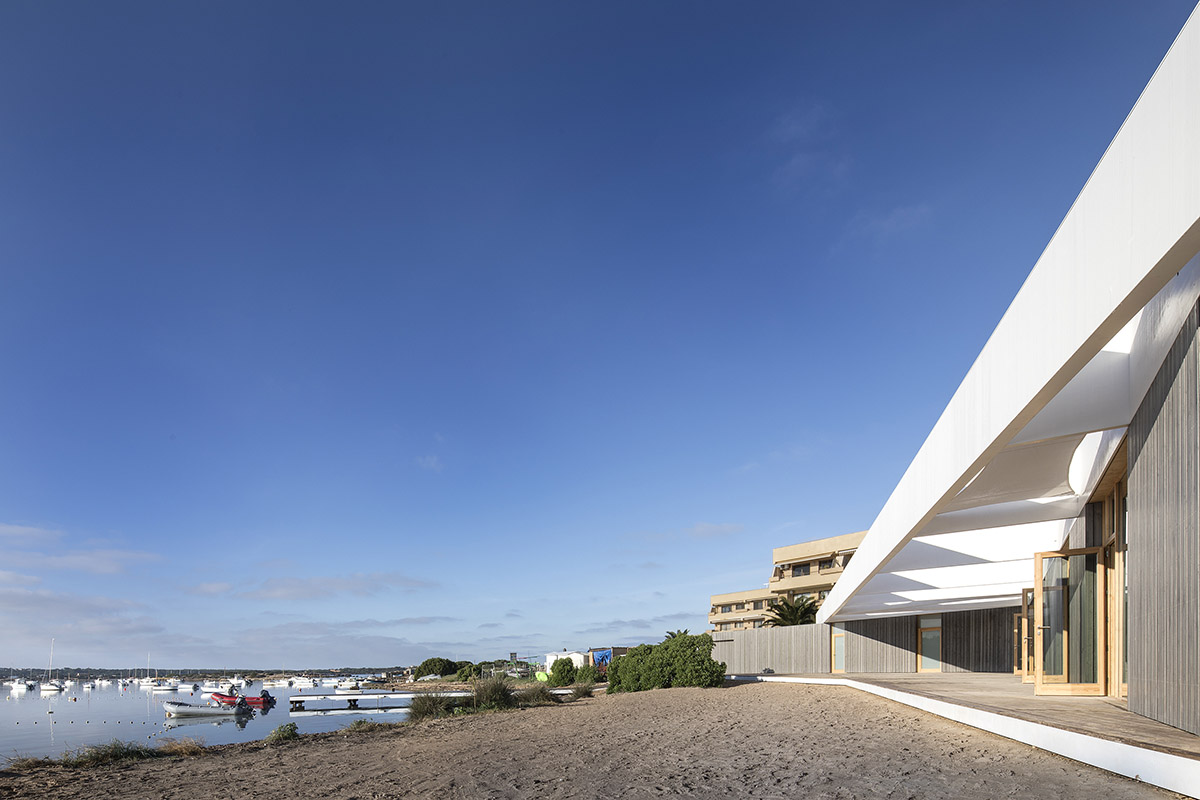 "Its important geographical location makes it the border between an urban area, the Mediterranean Sea and a saltwater lake which forms part of Ses Salines Natural Park," said Marià Castelló Architecture.

"Giving protection to the open sea, this lake has traditionally been used as a natural harbor to anchor small fishing boats. And, currently, the administration has deemed it suitable to house the municipal sailing school as well as other nautical sports and activities." 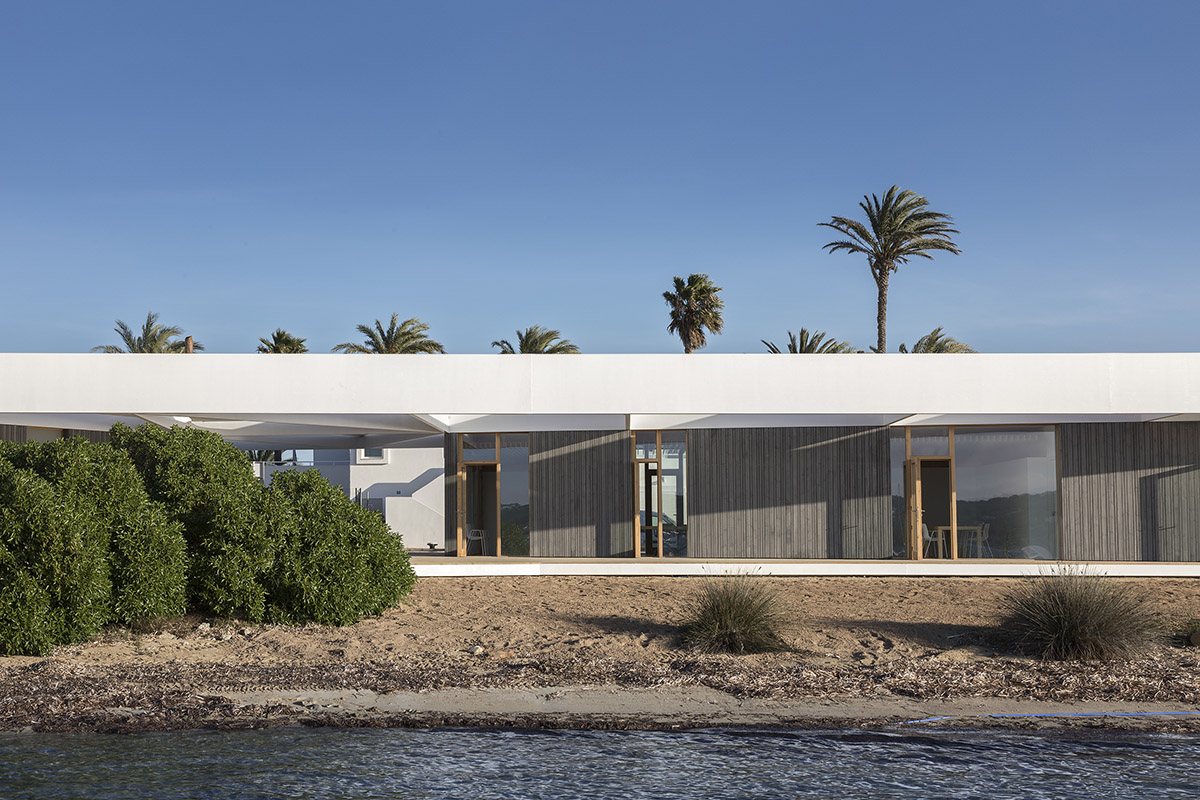 In addition to the described functional polarity, the intervention also represents a frontier where the duality of landscapes converging on this plot of almost 1,000-square-metre is expressed. Northeast and Northwest-oriented, the volumes seem mostly opaque, heavy and without any depth. 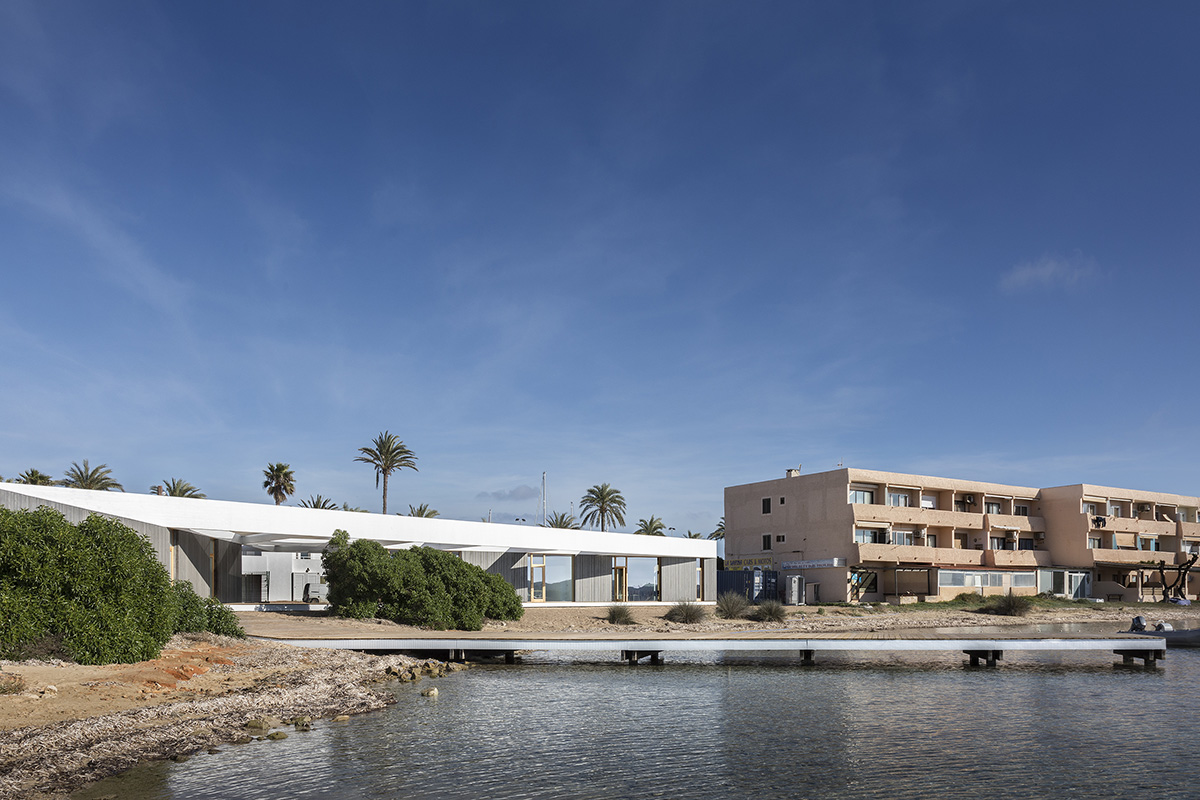 On its south side, however, the building opens with a wide platform that unites the two containers of the program and venture a few meters into the lake as a dock. The volumes’coronationstructure  gains depth on the platform and protects the interior of the direct solar incidence

The architects designed a lightweight building by almost using a single material that creates its own geometry and tectonics. Considering its low environmental impact, the studio used wood material which was traditionally used for boathouses on the island coast. "Wood is the material par excellence, manifested in different forms and types depending on the requirements," added the architects. 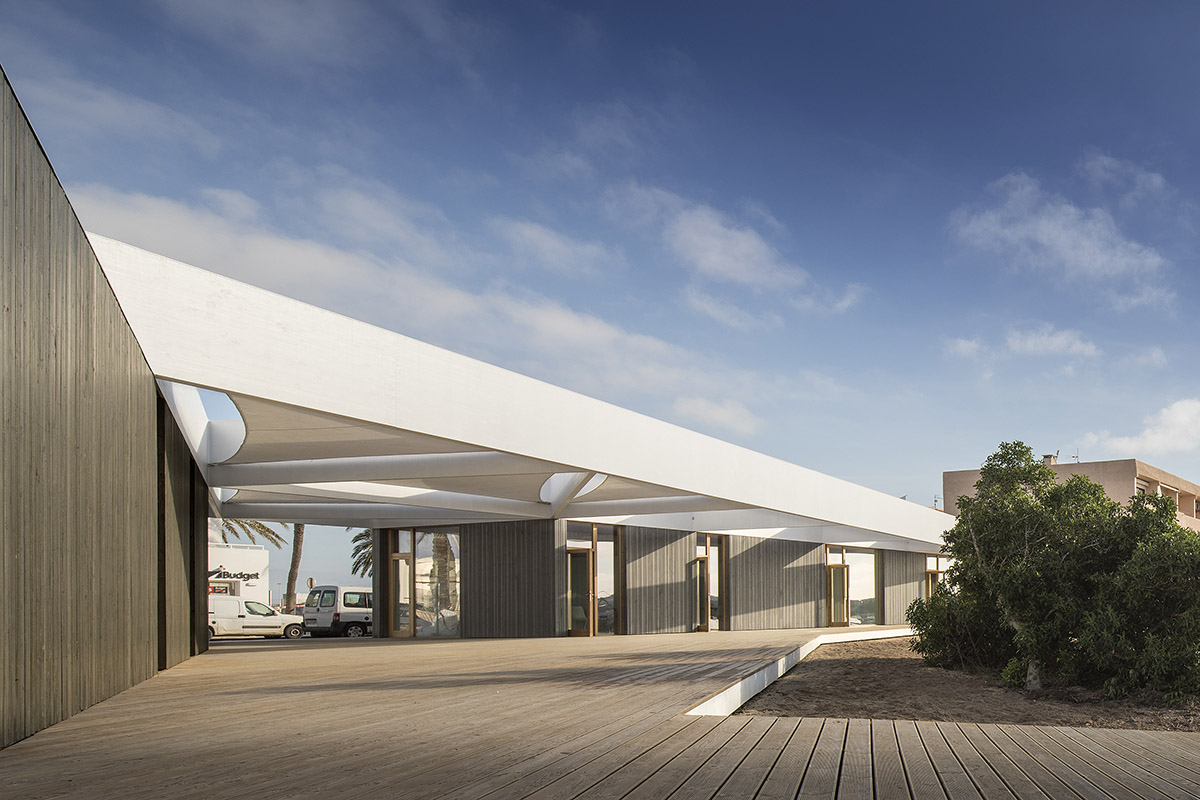 The main structure was made of Cross Laminated Timber (CLT) that has allowed to bring together structure, enclosure and coating in most of the panels of cross-laminated timber. A harmony that continues in the chosen solution of ventilated facade, where battens and coating slats are executed in pine R.3.2 taking over time a characteristic gray patina. The dock resorts to the traditional technique of wooden piles submerged below sea level, while the outer platform is suspended on a minimum foundation, prefabricated and reversible, based on surface micro-piles. 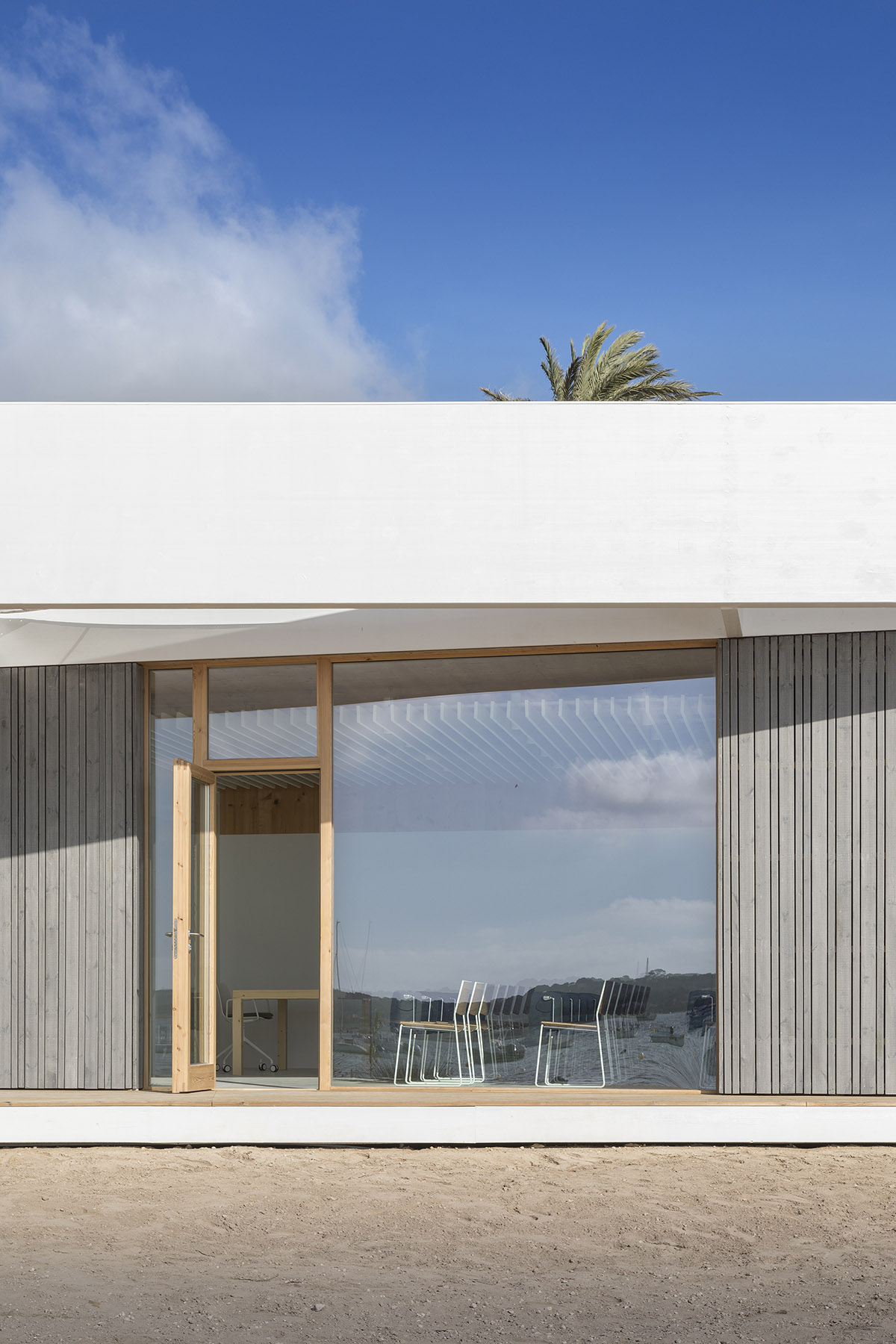 "Under bio-construction criteria, we have opted for a reduced range of materials basically of natural origin, free of PVC and other potentially harmful synthetic materials," explained the studio.

"This has turned into hygroscopic and water vapor permeable enclosures, that are energy efficient and maintain a healthy indoor environment." 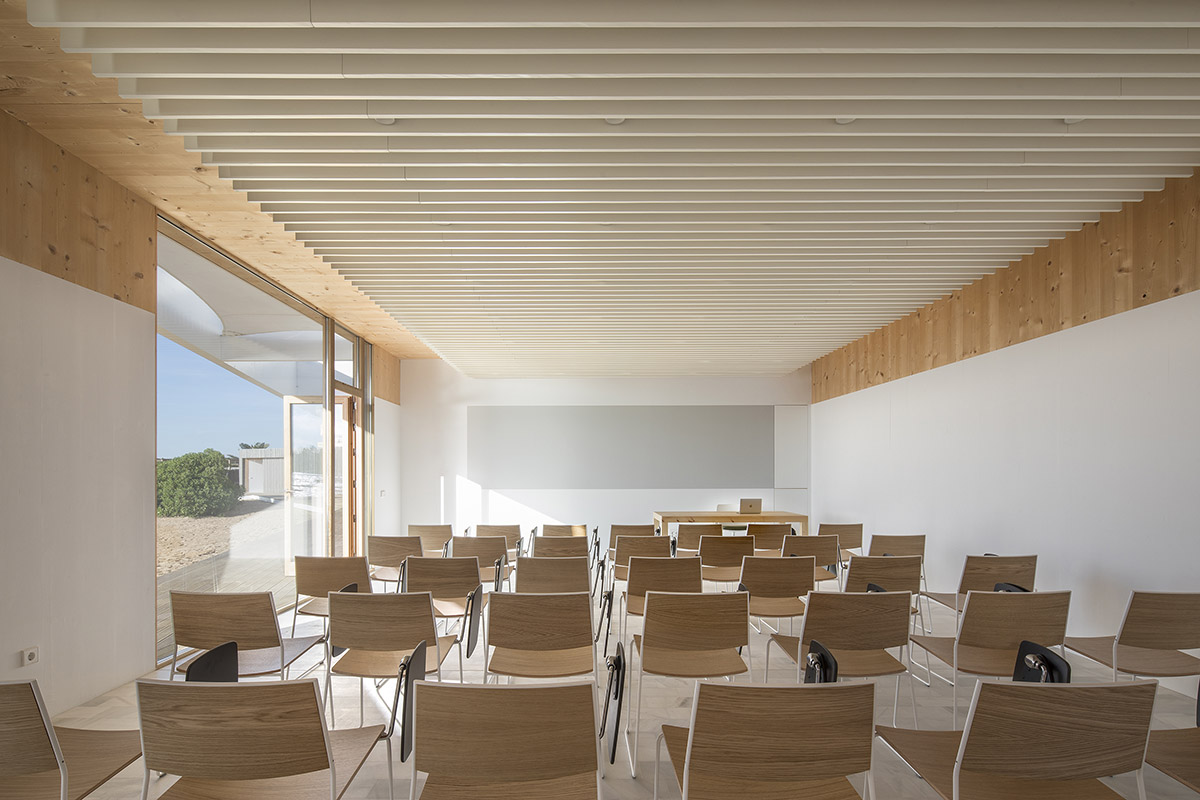 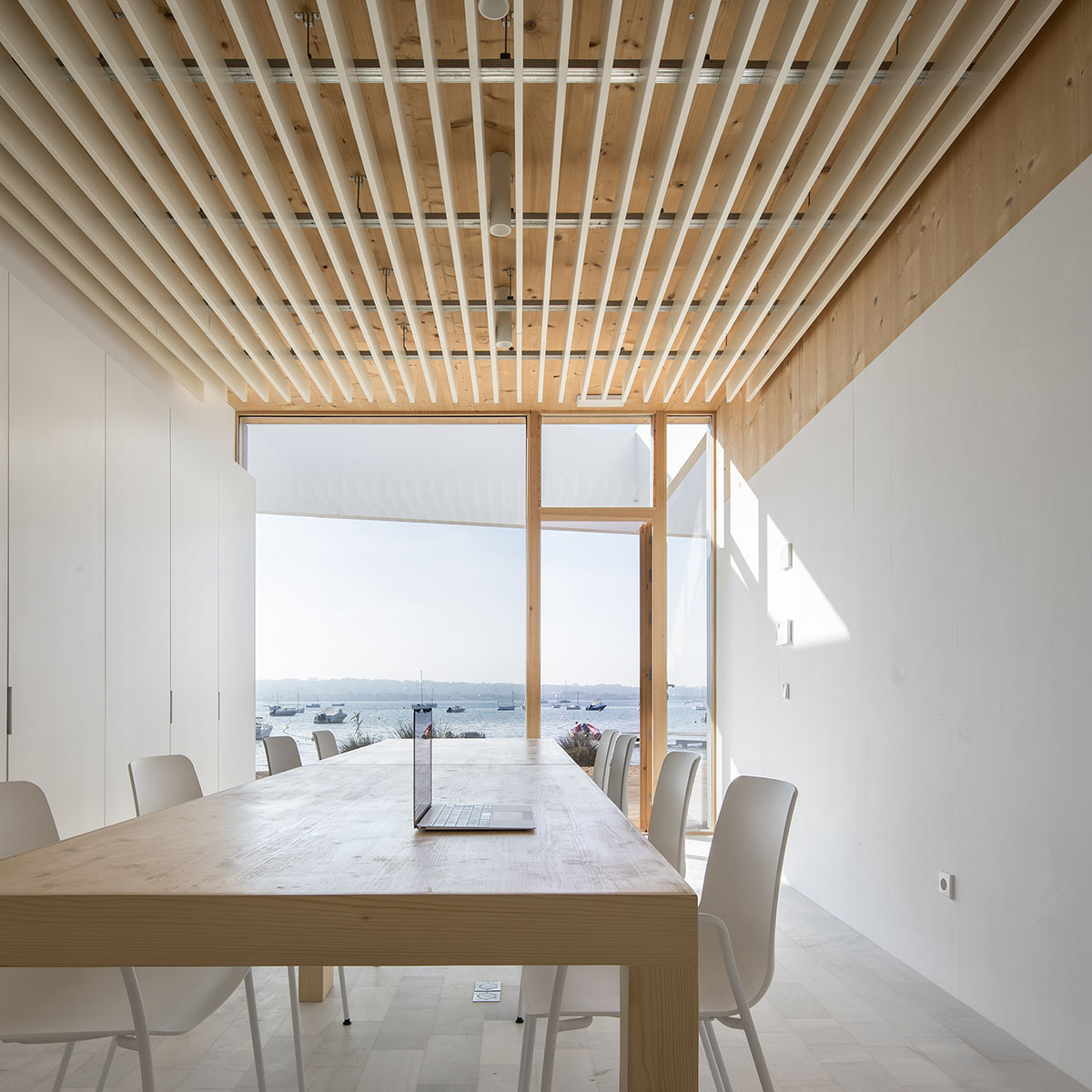 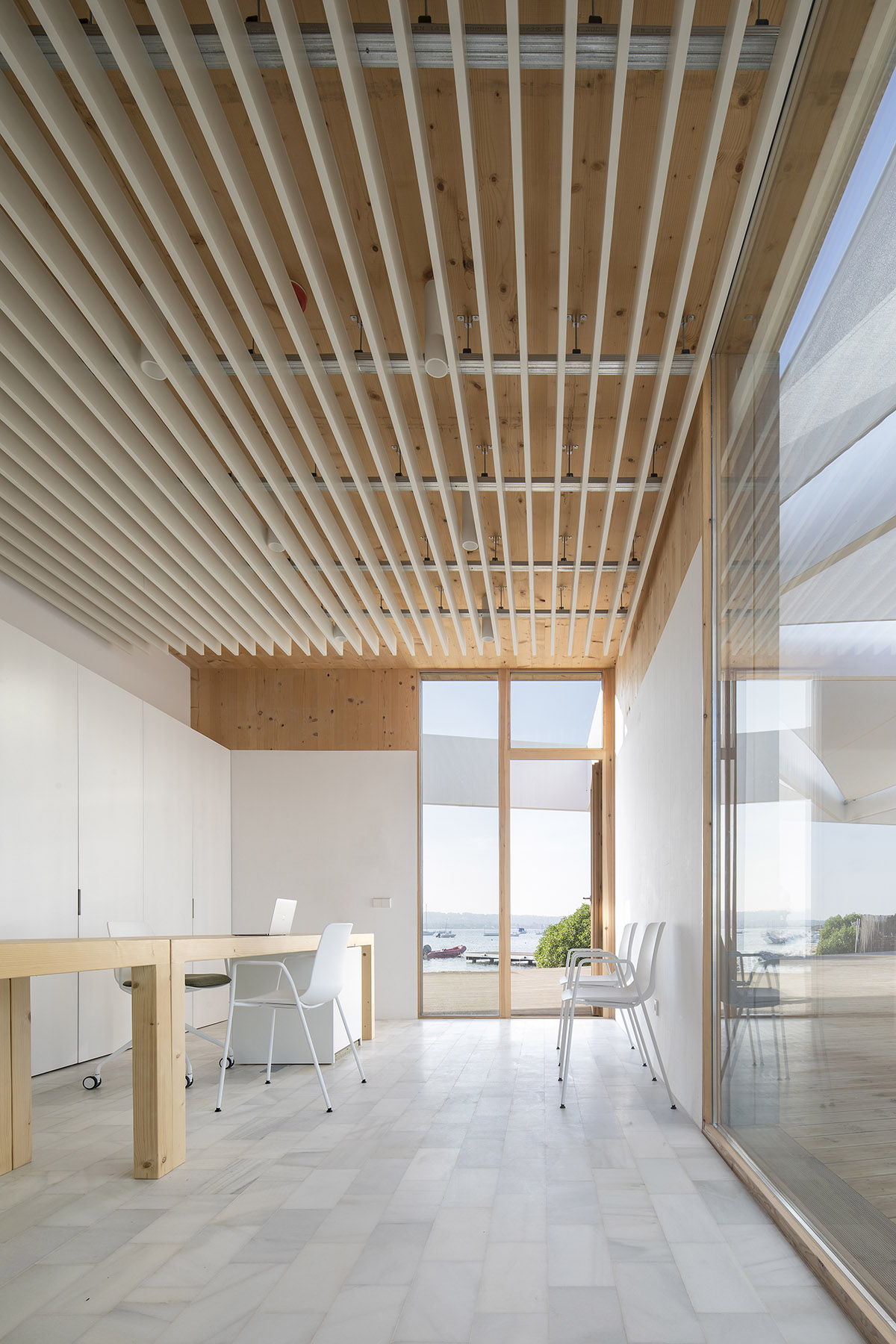 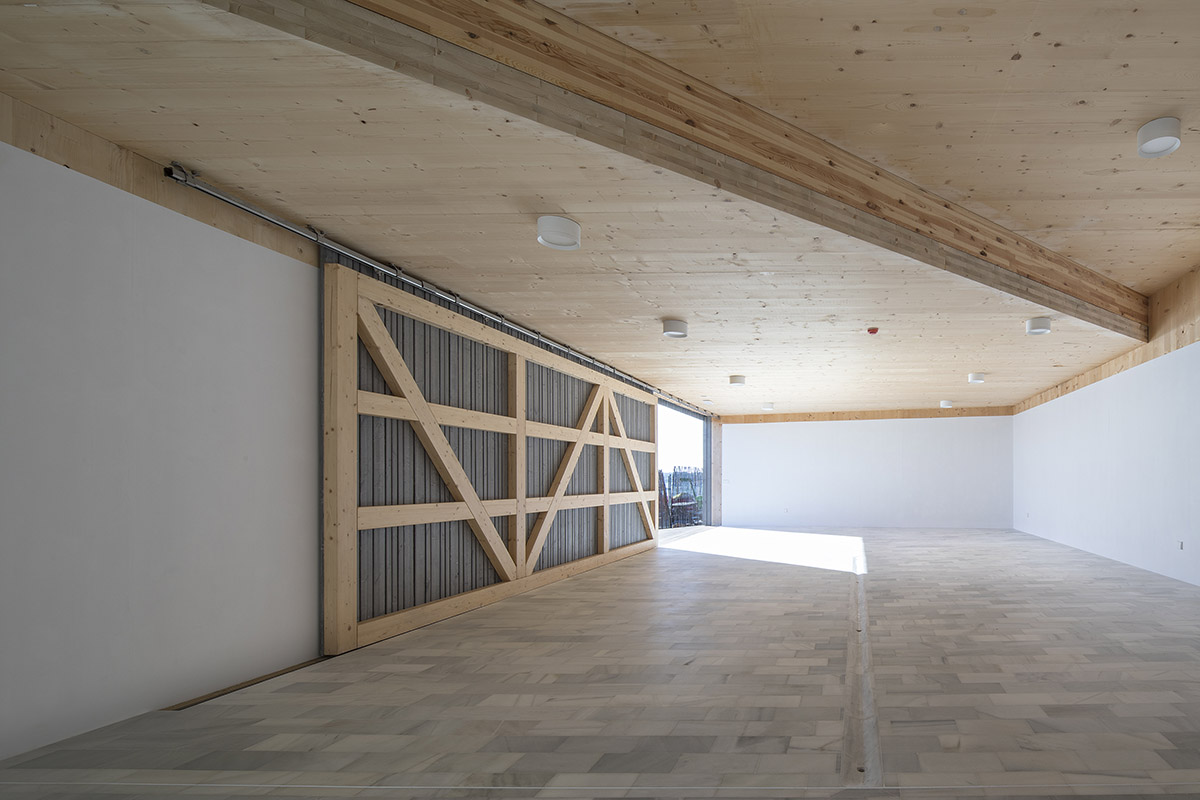 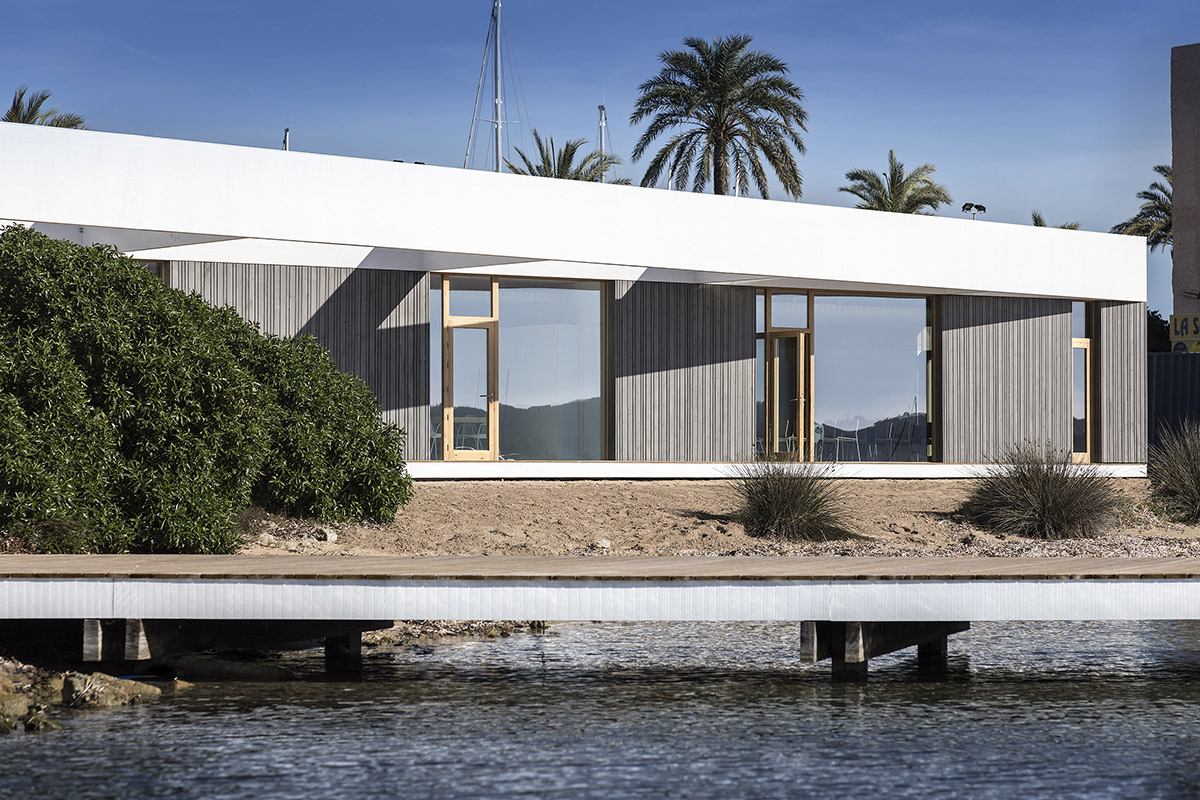 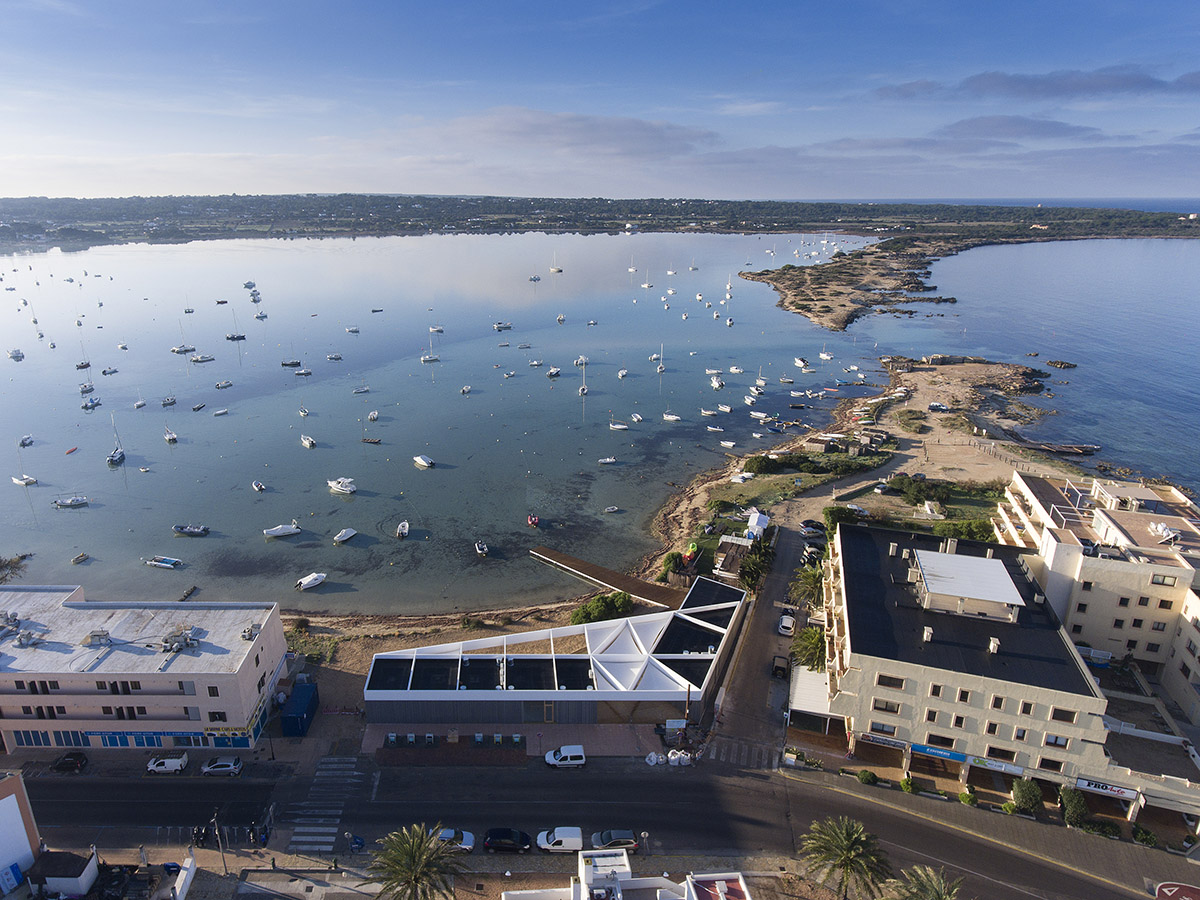 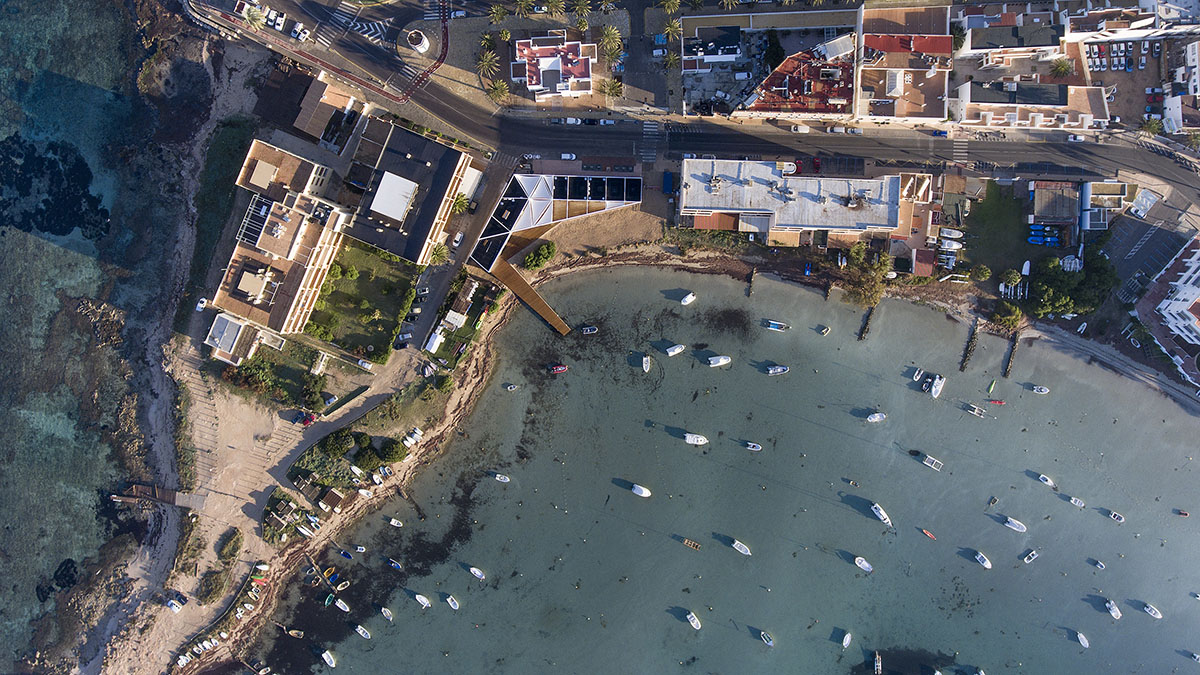 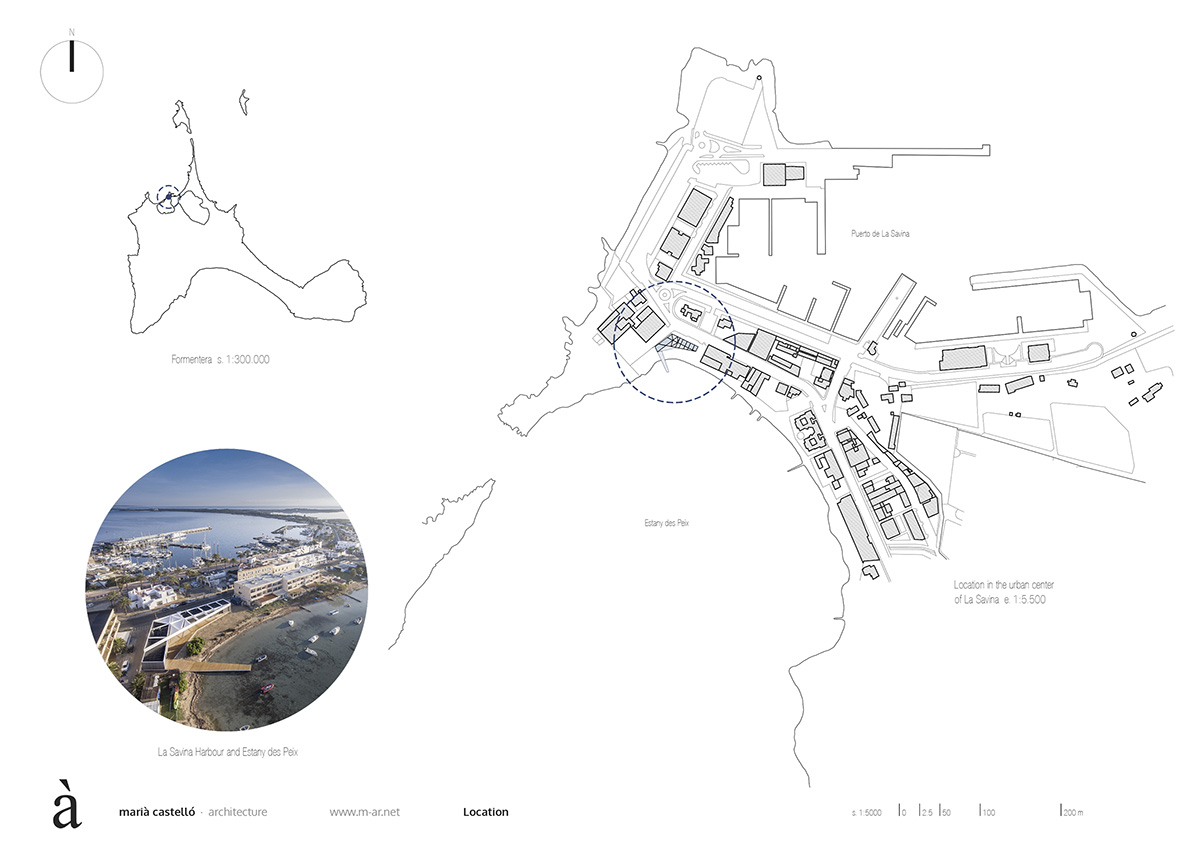 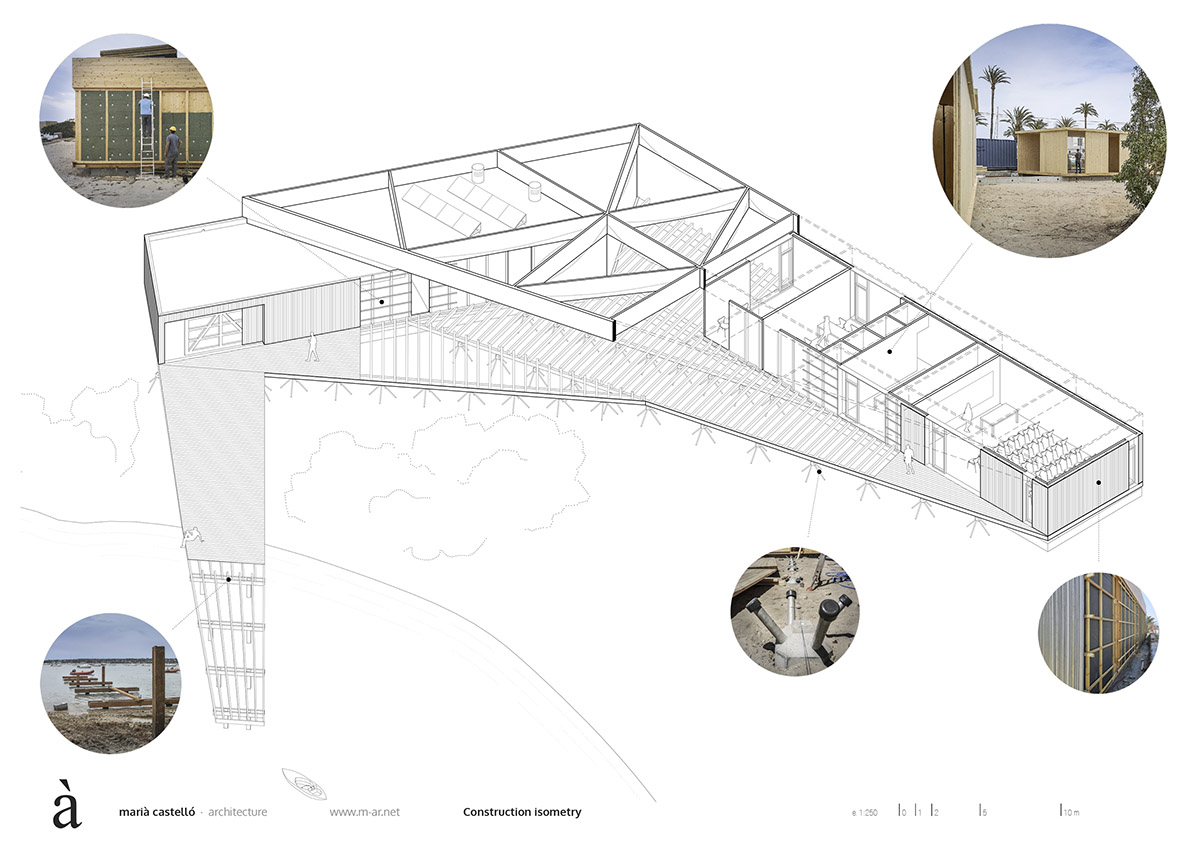 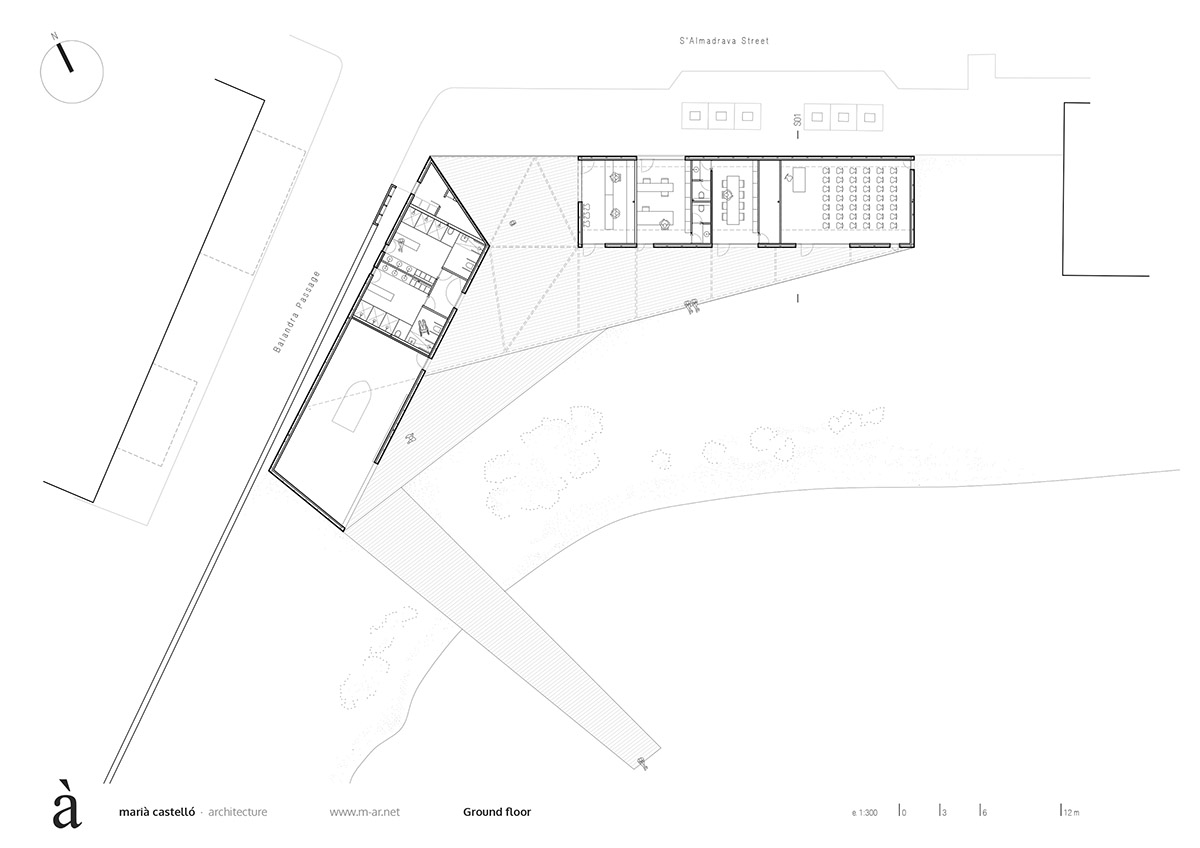 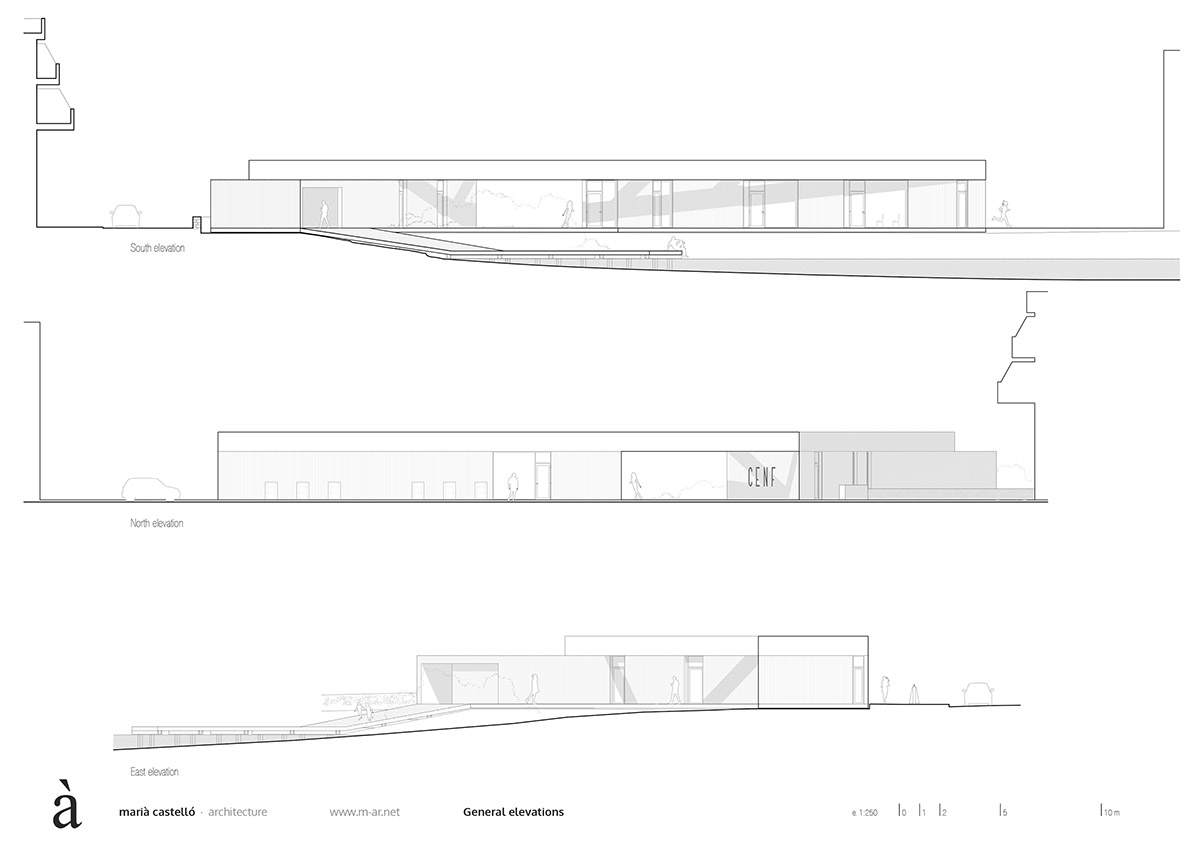 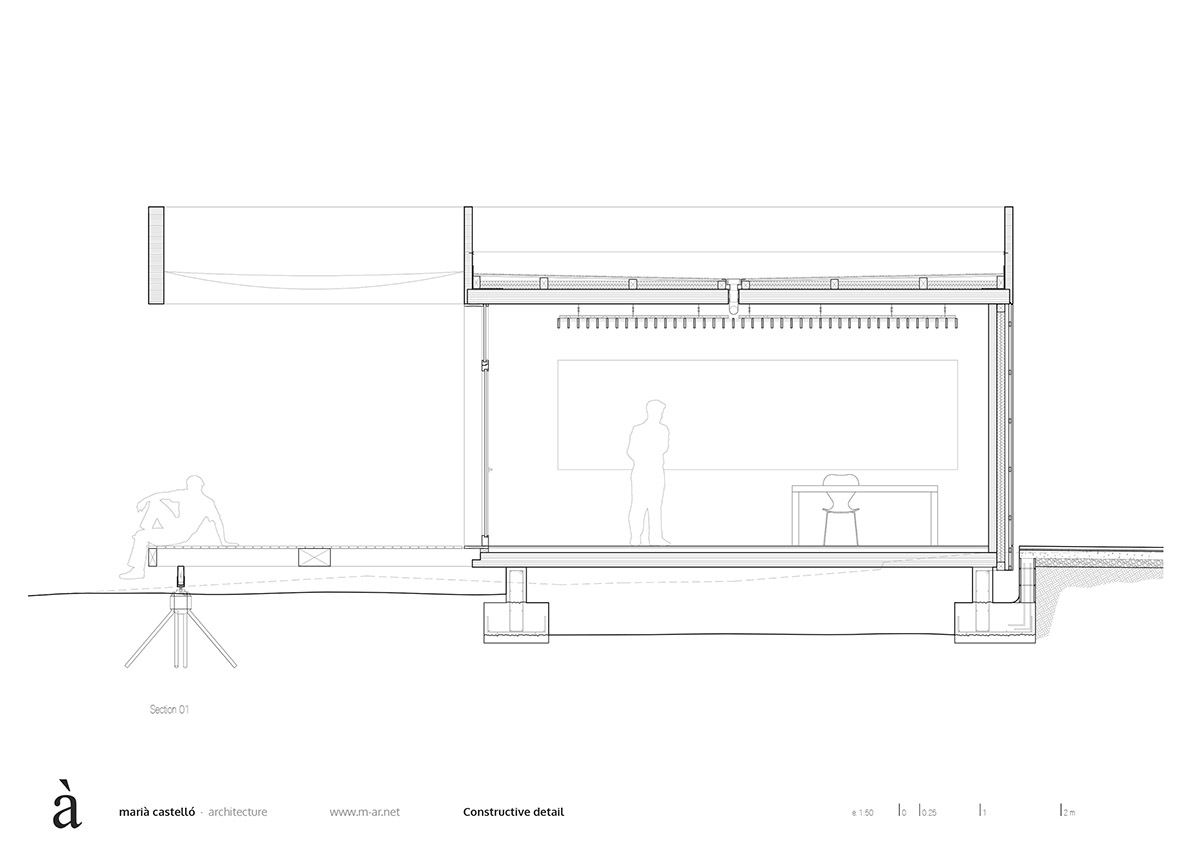 Rustic Canyon designed by Walker Workshop features light-filled and creamy interiors in Los Angeles
May 13, 2022 • 1332
World Architecture Festival and World Festival Of Interiors open for entries for Its 2022 edition
May 09, 2022 • 1302
DARP built botanical garden in Colombia with self-supporting glazed volumes
May 19, 2022 • 1109
Kengo Kuma and Associates designs commercial building covered by plants in downtown San Jose
May 09, 2022 • 1106
Morphosis' University of Texas, a new arts campus breaks ground at Dallas
May 12, 2022 • 1087
Atelier ITCH designs white brick house for live and work on a triangular site in South Korea
May 18, 2022 • 938