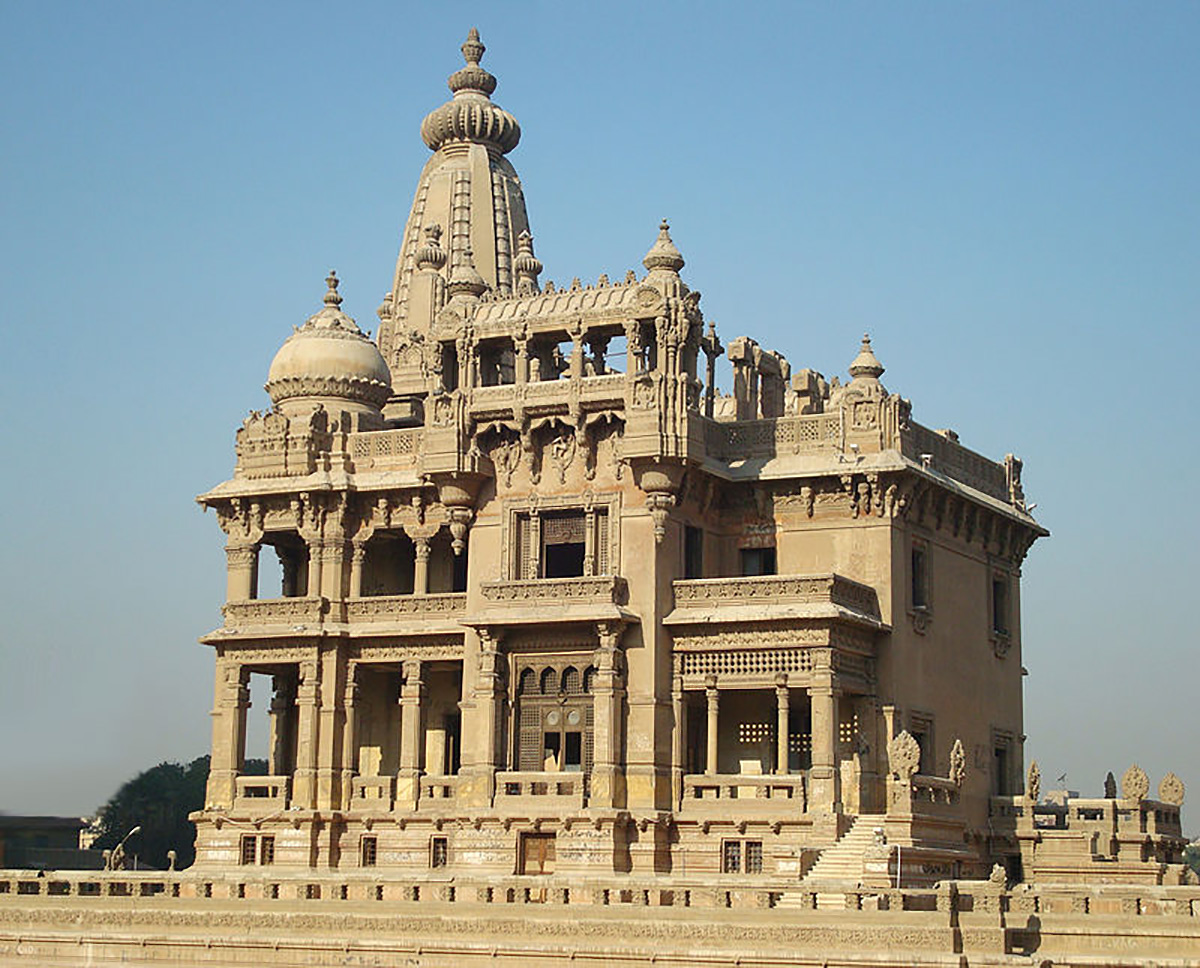 Heliopolis landmark, the Baron Empain Palace is anticipated to open its doors to the public in October following to the completion of its first ever restoration, for the last decades, the buildings was left empty in the swank neighborhood of Cairo. Rumors of ghosts and satanic rituals have been the theme associated to the unordinary building.

A debate has been ignited on the restoration of the 1911 mansion which was constructed by Belgian industrialist and founder of Heliopolis baron Edouard Louis Joseph Empain. Pictures of the palace have agitated a controversy showing the outer façade in a burnt sienna color unlike its precedent light beige.

An anger respond to the pictures were posted on the Egyptian historians Facebook page describing the restoration process as defamation in addition to "please respect us and admit the mistake you've made. You continue to literally destroy our antiquities and you have led us to wish that you don't restore anything ever again" post.

On the other hand, a post shared by the historic Cairo facebook page defended the restoration work referring to the burnt sienna color as historically accurate. Subsequent to the contradicted views and opinions on the palace, a defense respond was made by the antiquities ministry on the EGP 100 million project.

The colors of the restored façade are “original” said the ministry, accentuating that the ones assigned the project have carried-out  all essential procedures entailing test and photo-graphical and architectural documentation of damage to make an optimal plan for the restoration.

The ministry added that the burnt sienna color was the authentic color based on applied testes.

Based on the book book Le roman d'Héliopolis by historian Amelie D. Arschot, it is mentioned that the burnt sienna color is the original color of the building inspired by the 12th century temples in northern India, the ministry added to support the restoration process.

Around 90% of the construction work on the renovation has been finished so far as well as the structural consolidation of the roofs and refurbishment of the facades’ ornamented elements, according to Mostafa Waziri, secretary-general of the Supreme Council of Antiquities. He clarified that the cause of the sandy color of the exterior that is so acquainted by passersby is erosion which changed the original color of the palace.

He said "It was not rational to leave the palace [as it is] without restoring its authentic color."

Defending the elimination of an outer fence around the palace, minister of antiquities said it was only set up 14 years ago.There is an addition of new fence and El Enany stressed that a second original fence is not going to be removed.

The palace has been a subject of controversy previously, the Egyptian officials denied reports saying that the palace has been put up for sale highlighting a pledge to preserve all the historic monuments and cultural heritage of the country in June. 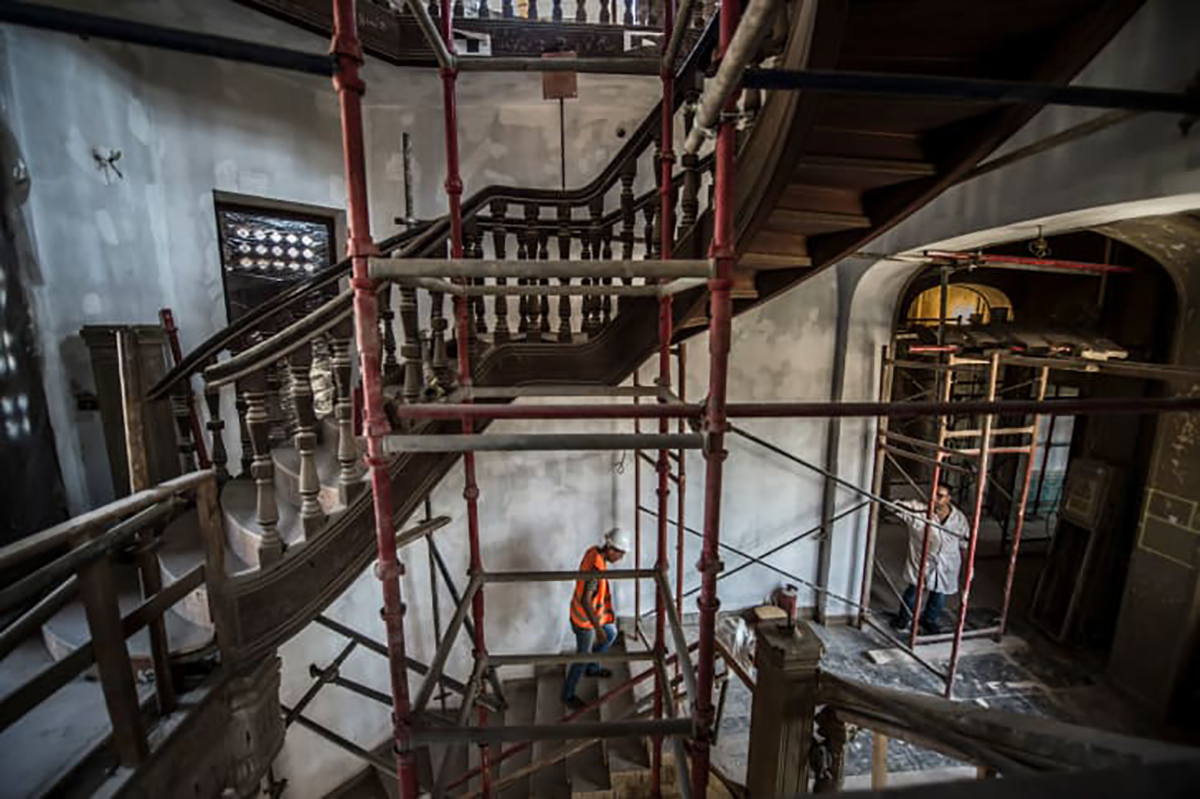 There is a strategy to invest in antiquities projects in the near future with EGP 1.47 billion to be spent by December 2019 and EGP 1 billion in 2020. Hence, the funding of restoration project is partial of this budget by EGP 2.5 billion.

Post restoration, it is planned a historic exhibition will be featured on the history of Heliopolis in addition to a visitor services area. Official hope that the visitors will want to grasp more information about the interesting landmark and stated that ticket prices won’t be too expensive for Egyptians.

The palace is also acknowledged as Le Palais Hindou, the building was designed by French architect Alexandre Marcel and adorned by Georges-Louis Claude.

In 1904, Empain came to Egypt with his company hoping to build a railway connecting Mansoura governorate to Matariya, even-though his company did not get the railway contract, the entrepreneur yet stayed on in Egypt and was in charge of creating what is known back then the new city Heliopolis.