Next Office designs mixed-use tower with suspended volumes in Shiraz 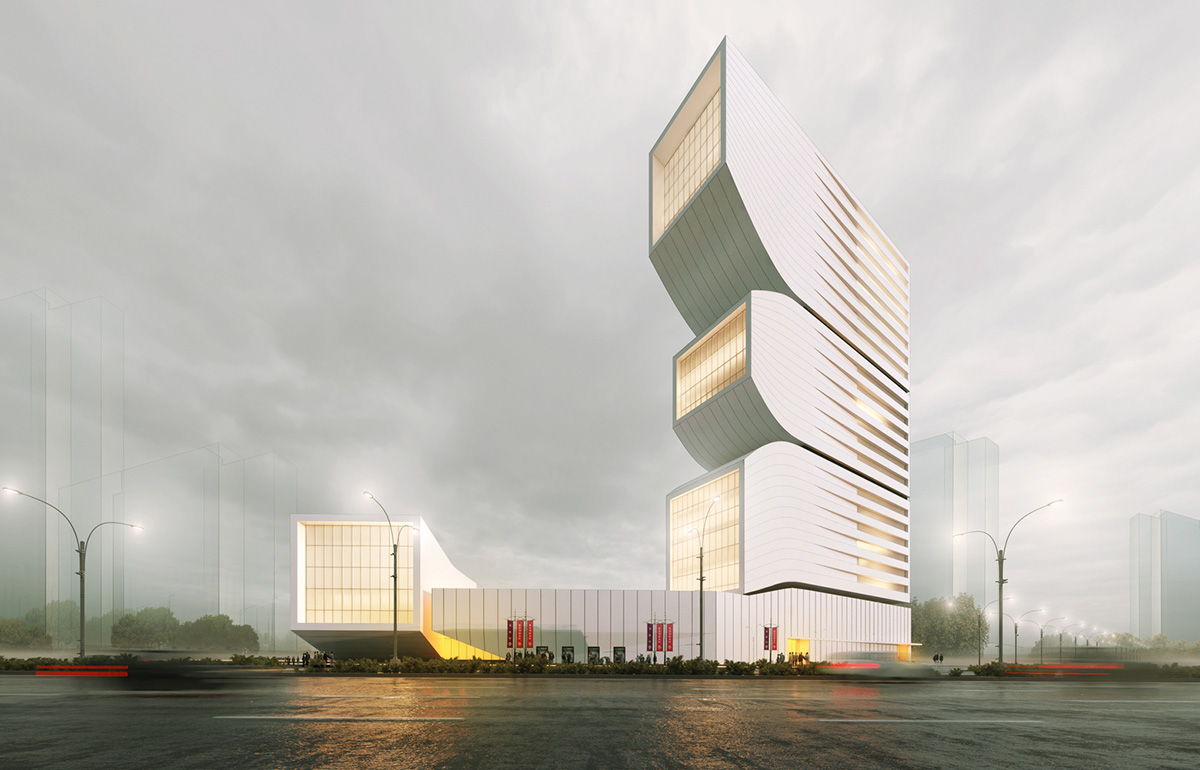 Iranian architect Alireza Taghaboni's firm Next Office has released design for a new mixed-use tower in Shiraz, Iran. The 24-storey tower is currently under construction ad will create a strong landmark in the north of Shiraz and adjacent to Afarinesh Boulevard.

Named Afarinesh Tower, the tower will consist of housing, a cinema, sports area, and mixed-use retail program. The striking aspect of the tower is the floating volumes that are suspended in the air.

These two floating masses will be designed for the cinema, where these spaces lose their initial rigid order when it is conceived as the recreational areas. As the tower climbs up, it changes the floors’ levels and creates different voids.

The architect takes cues from the tower's section diagram. In the tower’s section, the project varies in spatial terms as it is regular and uniform from the administrative spaces to the central core.

This suspension is induced by separating the upper and lower halls and creating the middle level as a lobby and keeping the ceiling and floor lines of cinema in the upper and lower floors of the cinema. In the sports area that includes the middle eye of the tower, there are spa functions and its adjoining facilities, a gym, and a coffee shop.

"All spaces in the six floors are in fluid communication. A desirable view is provided for the aerobic section of the gym and the cafeteria. The pool with its central void induces a different sense of space relative to the ordinary experiences of pools," said Alireza Taghaboni.

"At the highest eye of the tower, the restaurant is considered to have the best view and perspective, and the continuity and fluidity of the spaces are a major issue. To achieve this continuum of void creation, the alignment changing and terracing of the reception sector have been activated," he added. 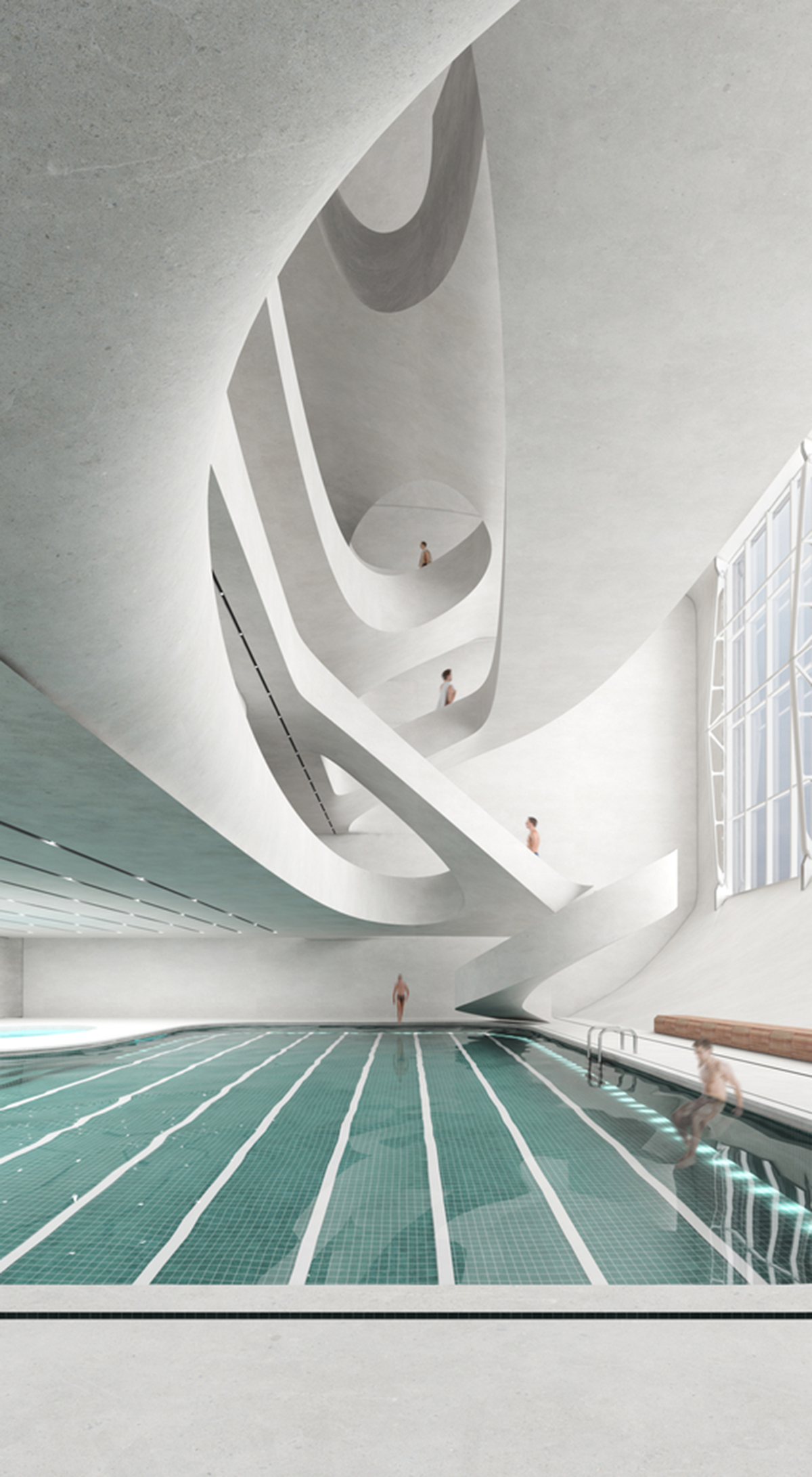 Reaching 24 floors above the ground, the tower consists of 5 basement floors, providing 716 parking lots and a hypermarket in the basements, and 76 commercial units and food courts in the commercial area.

Complex’s area with office and recreational units is 82,000 square meters. The entire tower is 23 floors, which looks like three eyes with unprecedented proportions combined with the podium along itself in the exterior view. 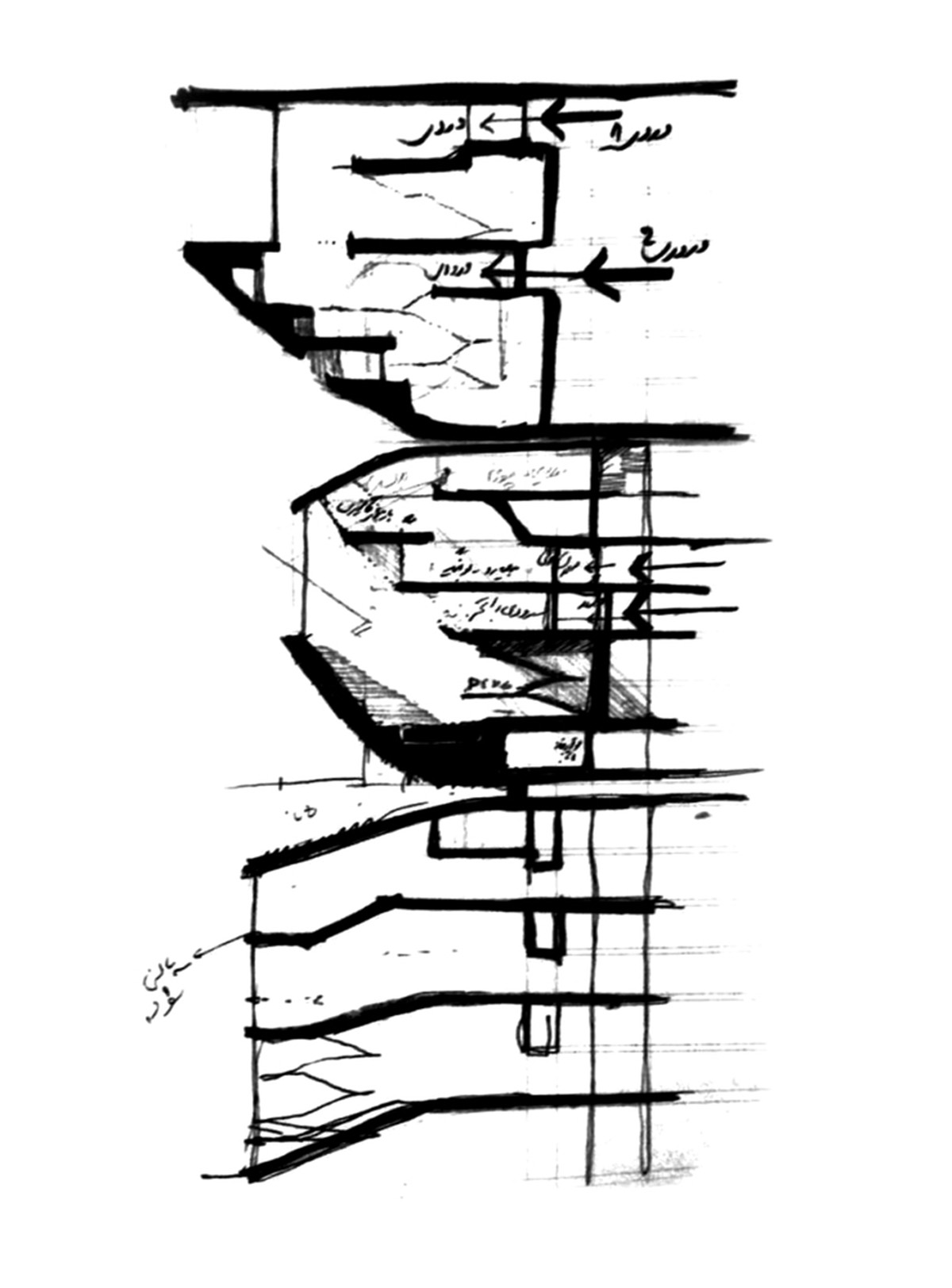 Conversion of the common monolithic volume of towers into three pieces placed on the underlying podium, in addition to scale modification, helps the tower to be perceived as an urban park. 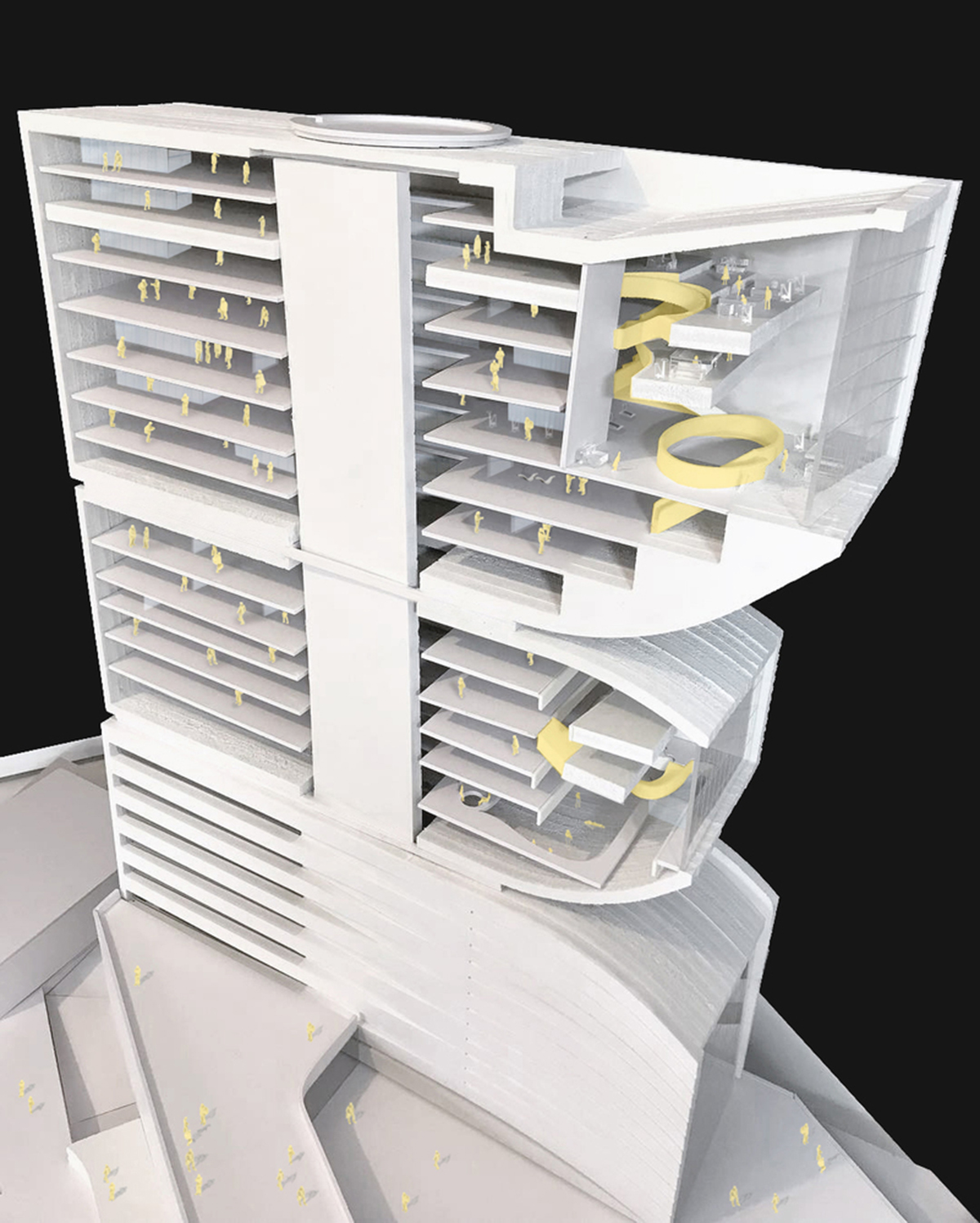 The major design of the project has been carried out in its cross-section, and the general strategy has been to reduce the interferences between the inner layers and the slabs of the floors. Through this release of the edges in the section, it became possible to receive maximum natural light and view as well as the spatial relationship between levels.

Alireza Taghaboni is one of well known architects of Iranian architecture, he won the 2018 Royal Academy Dorfman Award, one of the most prestigious prizes in the field of architecture in 2018.

Status: In progress, Under Construction

All images courtesy of Next Office