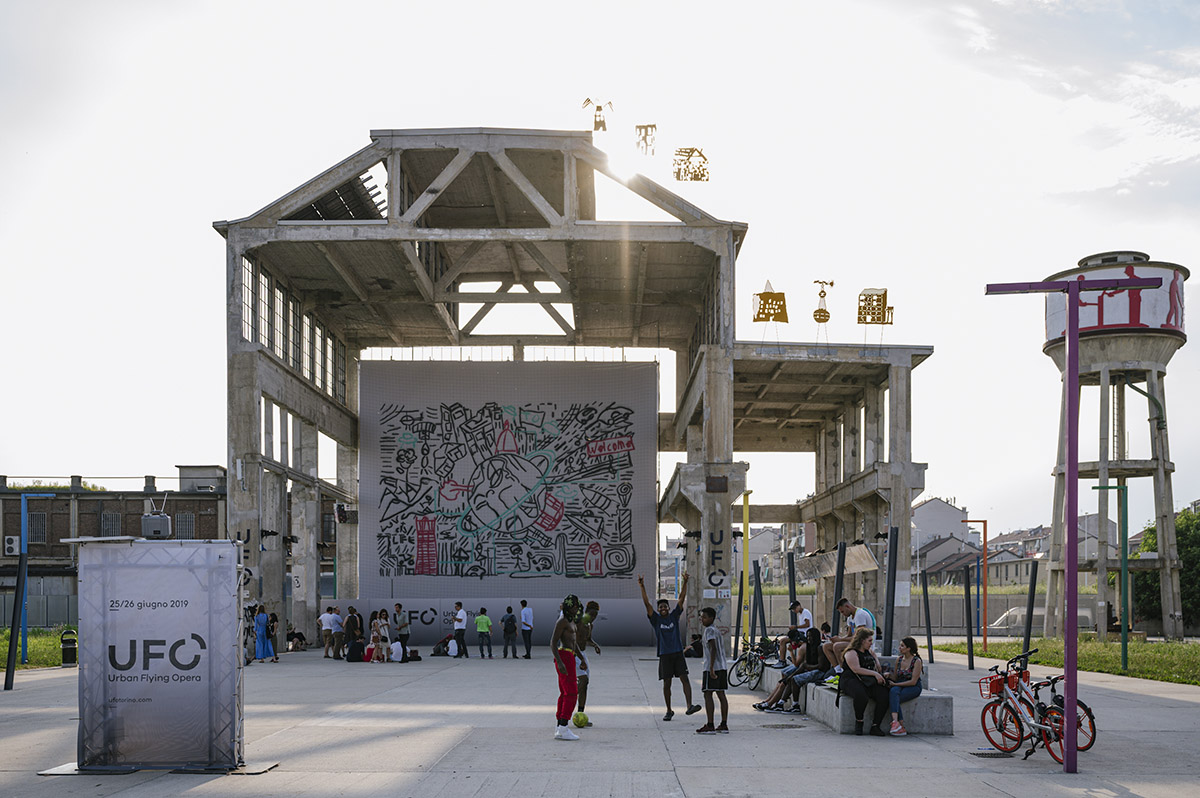 International design and innovation office CRA-Carlo Ratti Associati has completed the world’s first crowdsourced graffiti, designed by thousands of people and painted by a swarm of drones in the city of Torino, Italy.

The large-scale painting (14x12-meter) was realized as part of UFO-Urban Flying Opera, a participatory technology and art project funded by Compagnia di San Paolo, ideated and curated by CRA, and produced by Fondazione LINKS, in collaboration with Tsuru Robotics. 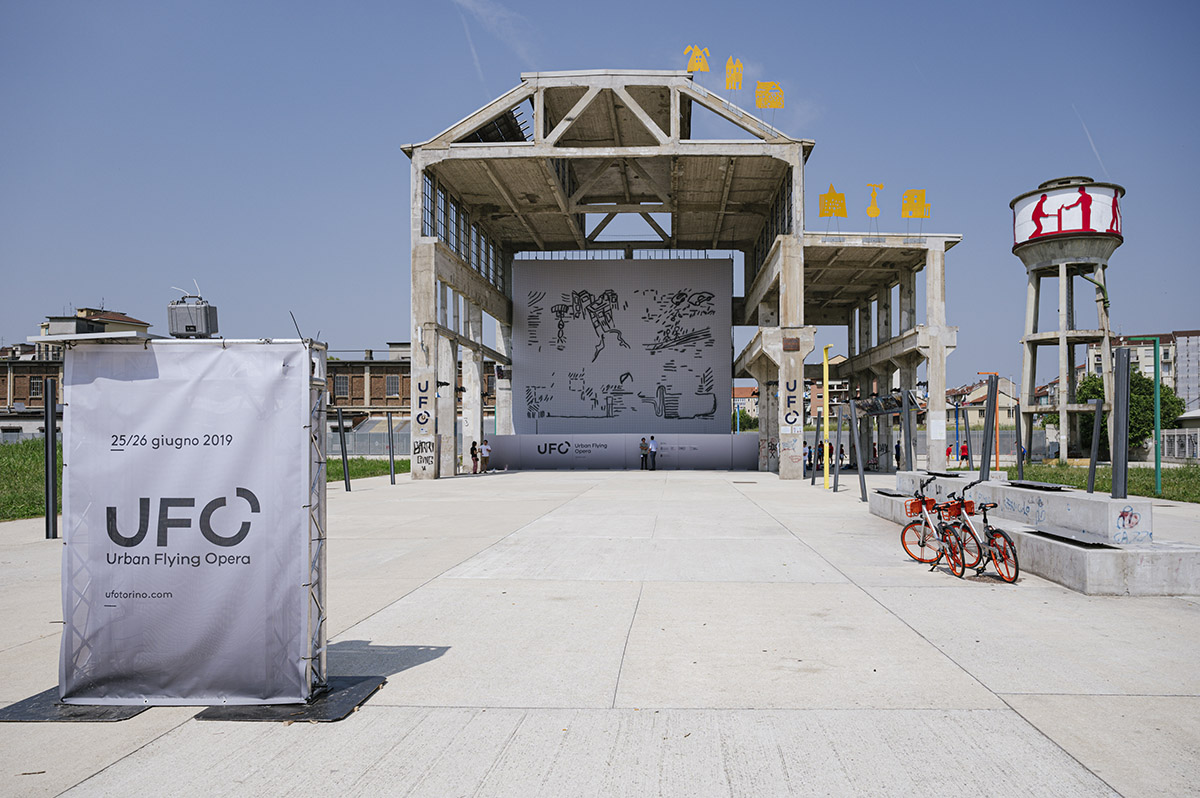 Each drone carried a tank of sustainable spray paint and sketched the individual designs on the canvas. The final painting was divided in three layers: A gray one to set the story, a magenta one to represent Torino’s communities and public spaces, and a light blue one to visually wrap the storytelling. 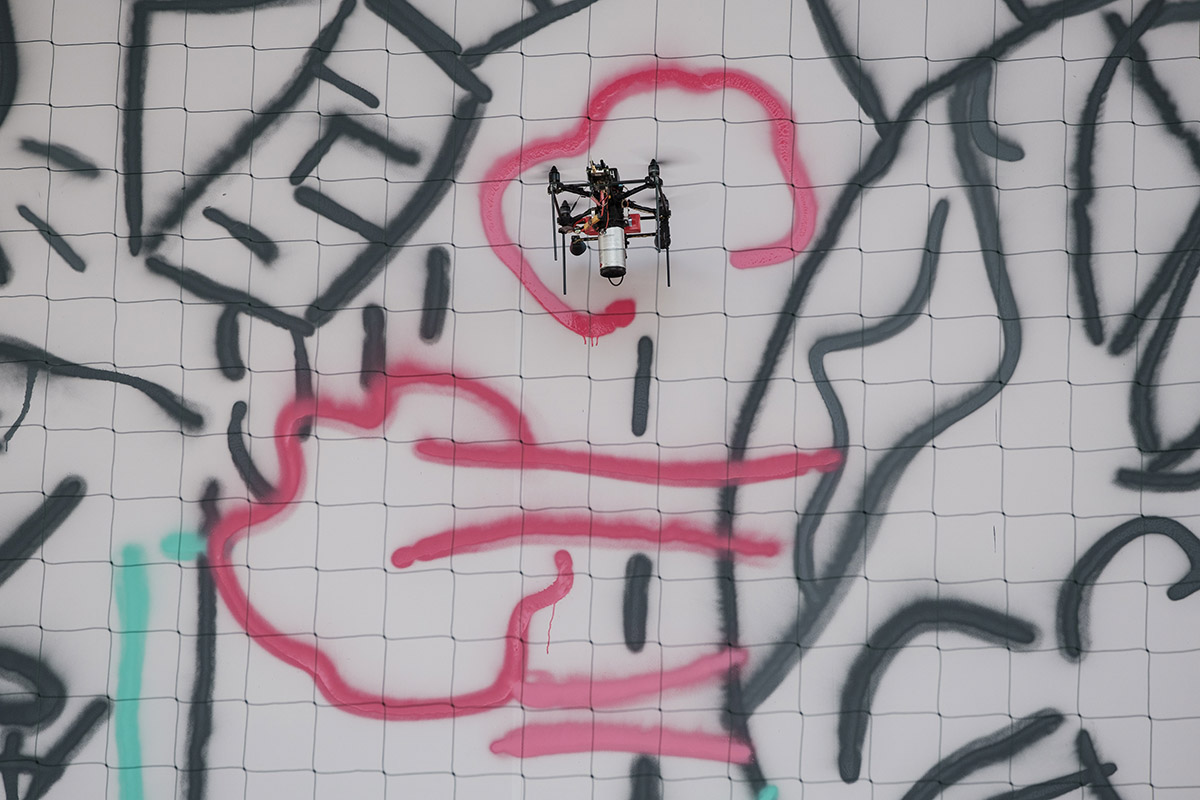 The experiment in Torino’s Aurelio Peccei park, on the outskirts of the city, represented the first time a swarm of drones was employed to create a collaborative piece of art on a vertical surface. A central management system controlled the UAVs’ behavior in real time, and a monitoring system tracked their precise location, allowing for movement coordination across the entire formation.

The drone performance took place on June 25th and 26th, 2019, in a cathedral-like industrial structure that used to belong to Italian car manufacturer Iveco. The event was part of the Italian Tech Week. Project participants were invited to contribute visual content that would convey their thoughts, hopes and ideas regarding what cities should look like. More than one thousand people submitted their designs, out of which around 100 were selected in partnership with the University of Turin and the Polytechnic University of Turin. Participants used about 620 meters (2,034 feet) of paint. 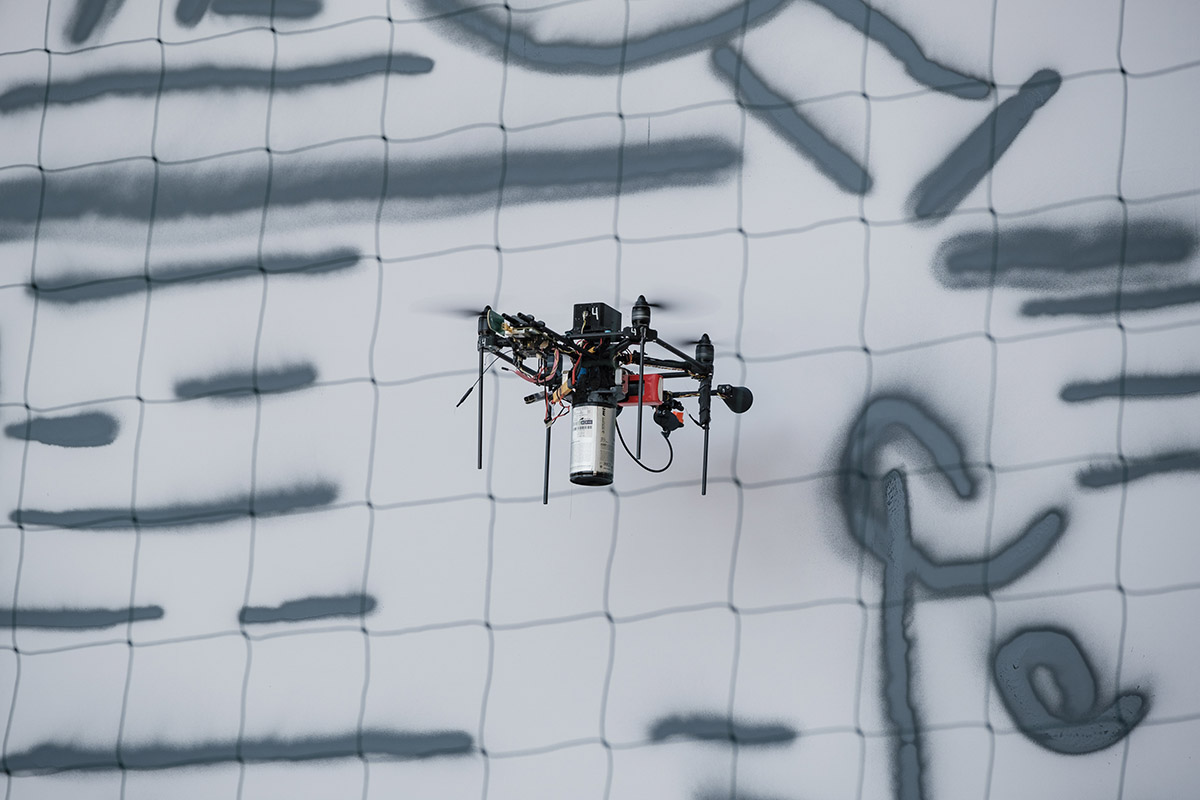 "The city is an open canvas, where people can inscribe their stories in many ways," said professor Carlo Ratti, founder of CRA practice and director of the Senseable City Lab at the Massachusetts Institute of Technology (MIT).

"Such processes have always been happening; however, with UFO we tried to accelerate them, using drone technology to allow for a new use of painting as a means of expression." 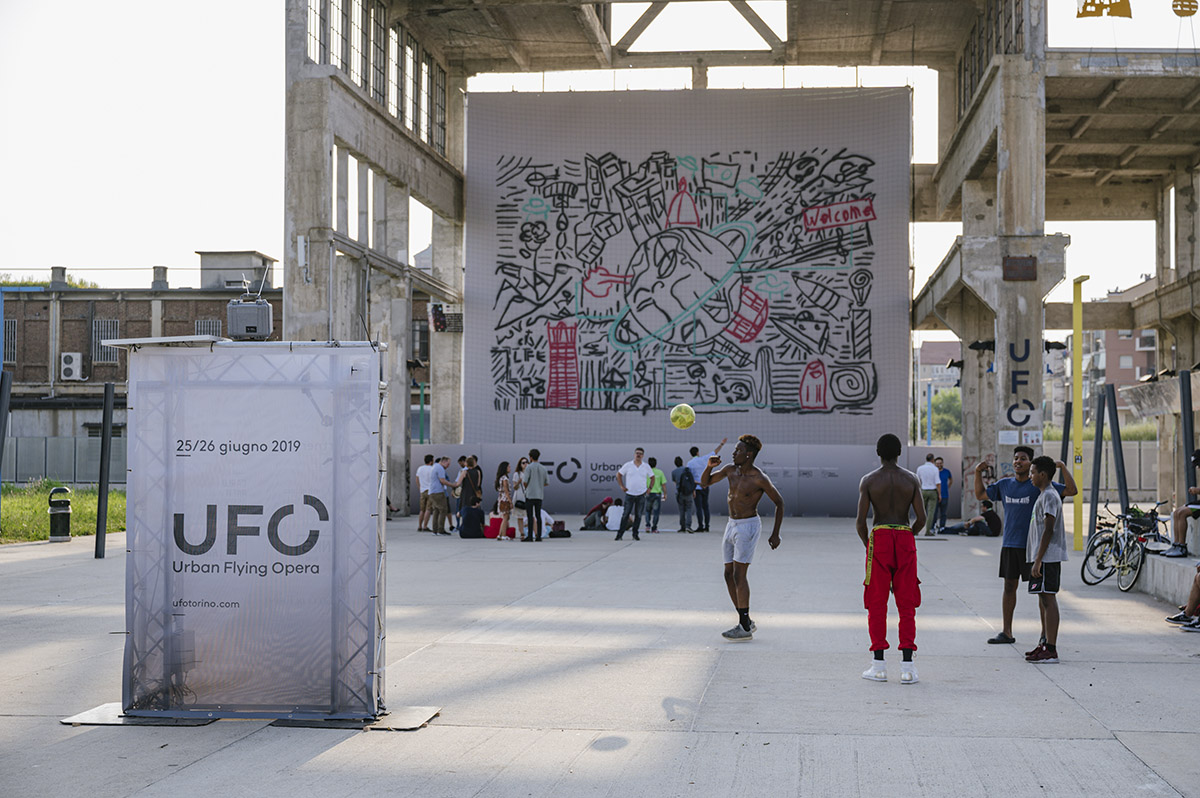 "The project is inherently participatory, and it is about hacking the city," said Antonio Atripaldi, project manager and partner at CRA: "It allows us to consider people’s input, and build new initiatives around bottom-up contributions. For cities, this means residents can reclaim, beautify and leave their mark on the space they inhabit." 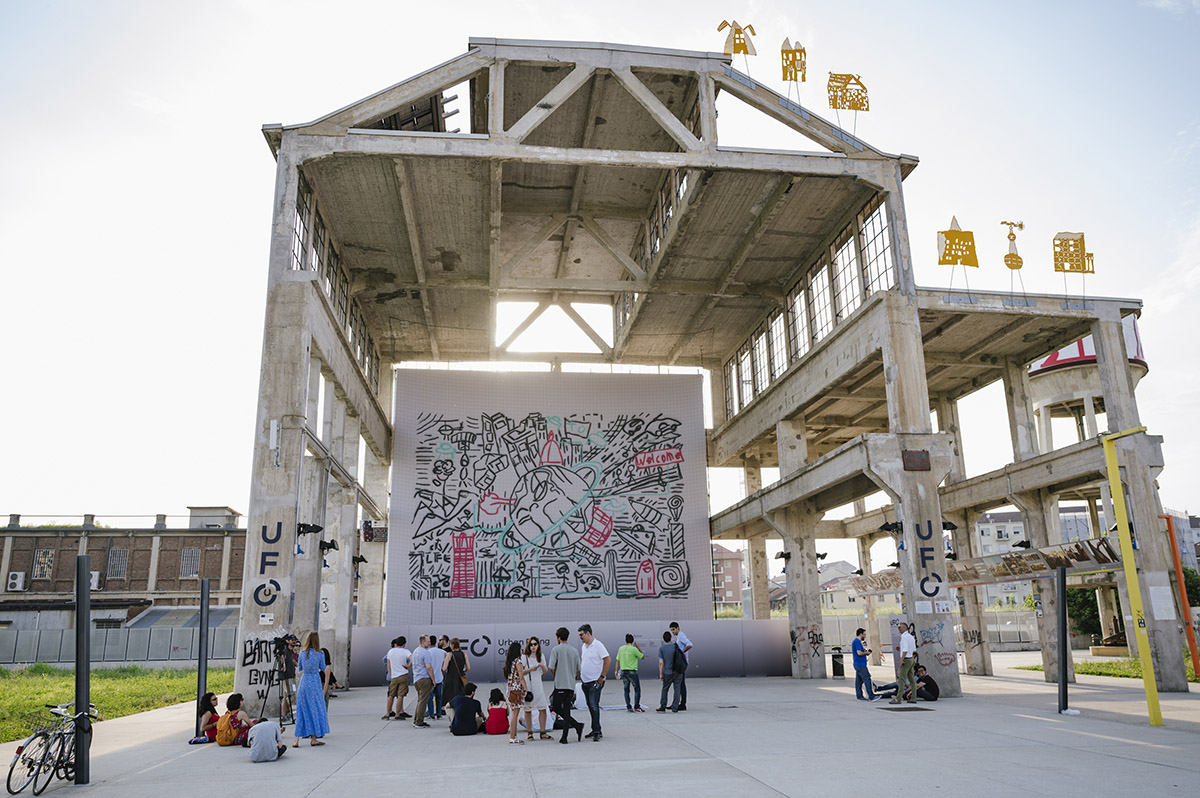 The initiative is the latest development in CRA’s research on vertical drawing and participatory design. Previous examples include the Vertical Plotter system—featured at the 2015 Milan Expo’s Future Food District—in which a plotter used spray paint to draw visitors’ stylized portraits on the pavilion façade. 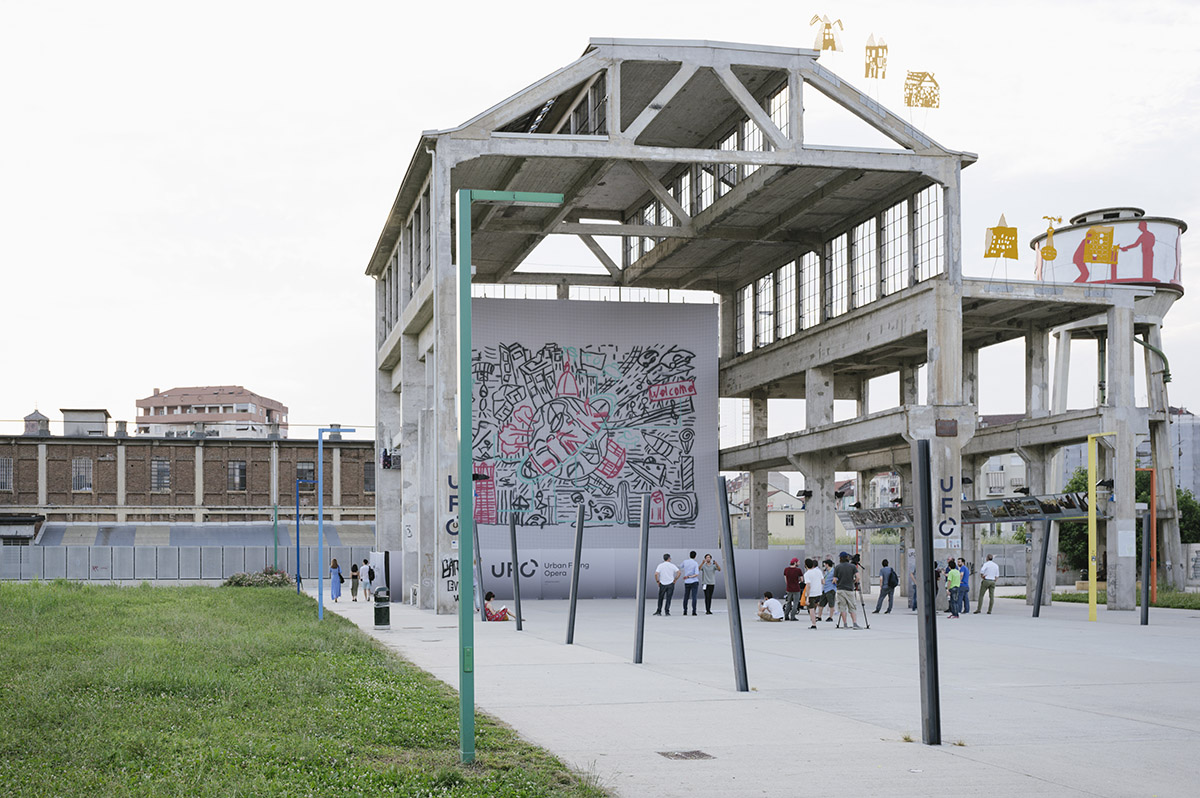 More recently, CRA spun off Scribit, a startup that manufactures a little robot that can translate web content data into images and text by drawing, erasing and re-drawing them on vertical surfaces. 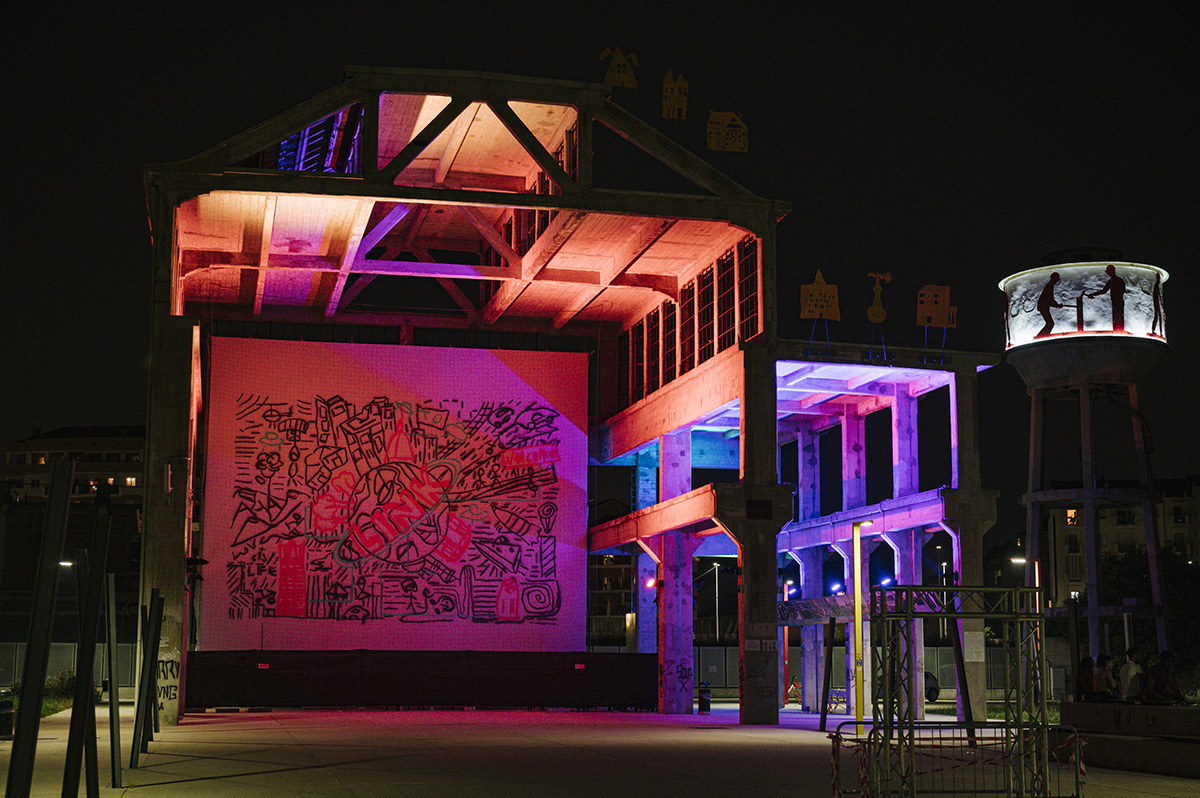 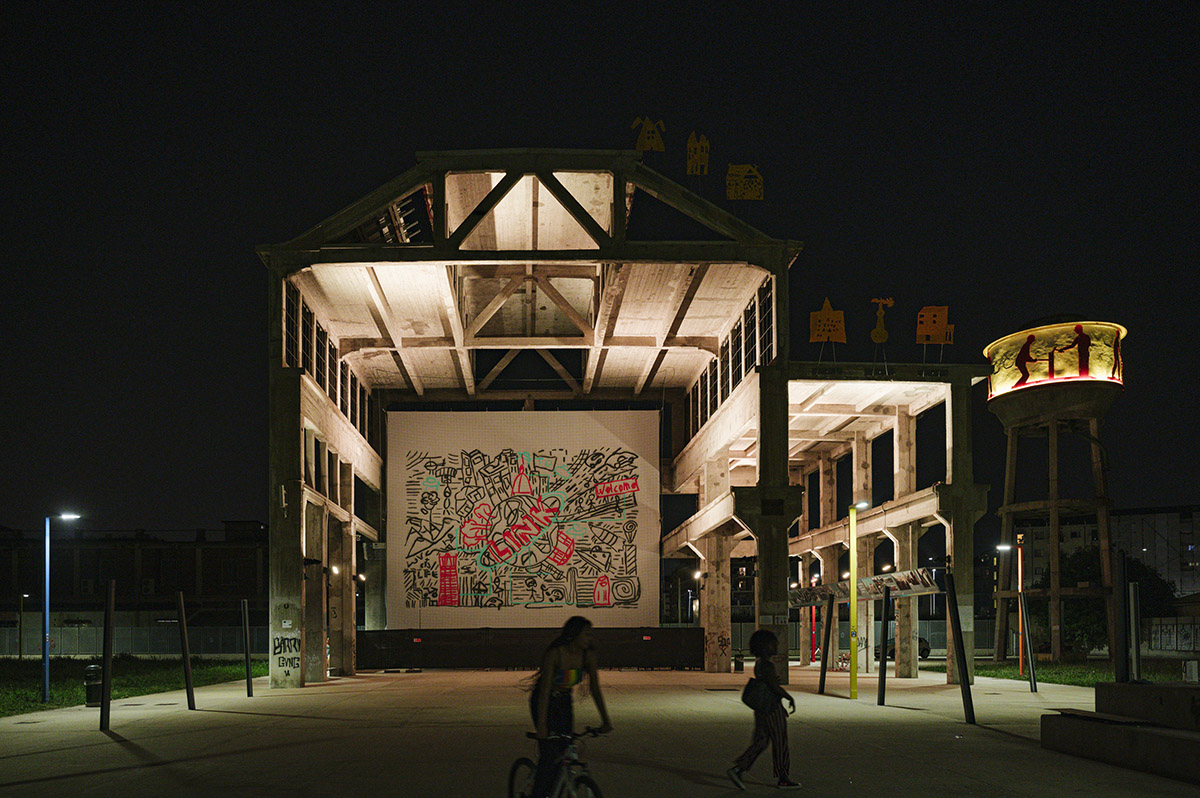 The crowdfunding campaign that was launched to raise money for Scribit became one of the top 150 highest-grossing campaigns of all time. UFO continues that research, ushering in a new way to represent visual content in the city.