Brick-Faced Building Of Punjab Arts Council, Chandigarh Is An Exemplar Of Enduring Grandeur 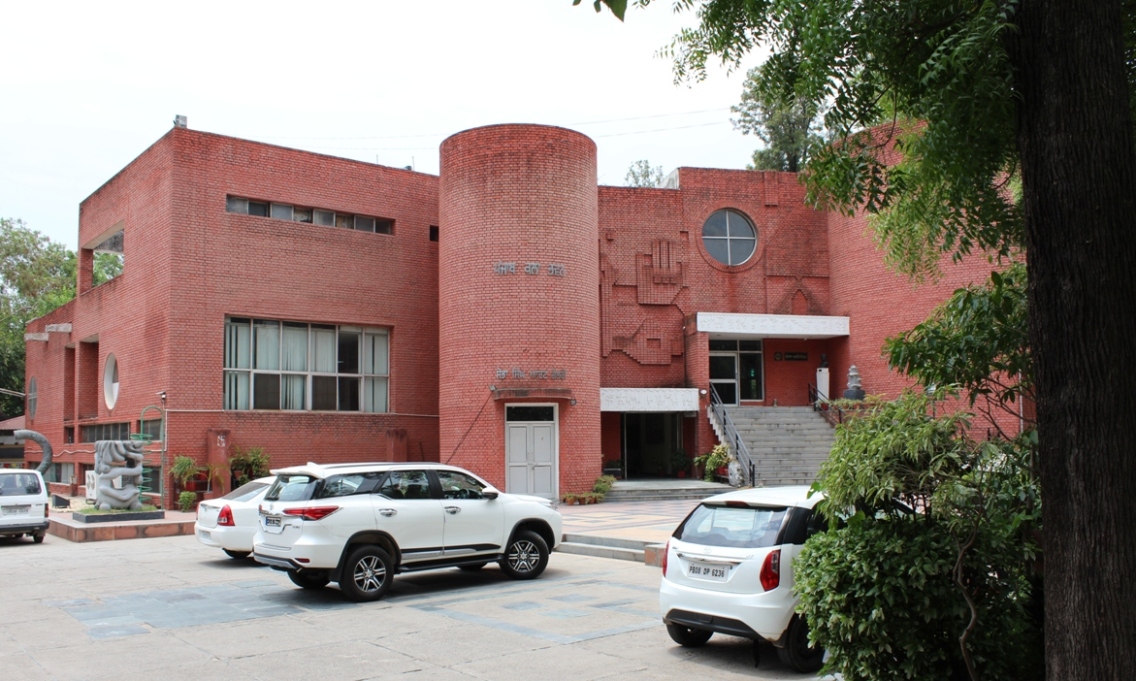 Punjab Arts Council building at Chandigarh in the exposed brick face is an exemplar of enduring grandeur. After 33 years of its construction, the building still retains its original elegance and looks as charming as it ever was. Credit for this goes to its architect Dr SS Bhatti who chose brick as main building material to enrich the bold and geometrical facades. During a recent visit to this building, the author felt like acquainting the readers with this building. Dr SS Bhatti who happened to be the author's teacher was courteous enough to share his thoughts which form the basis of this article. 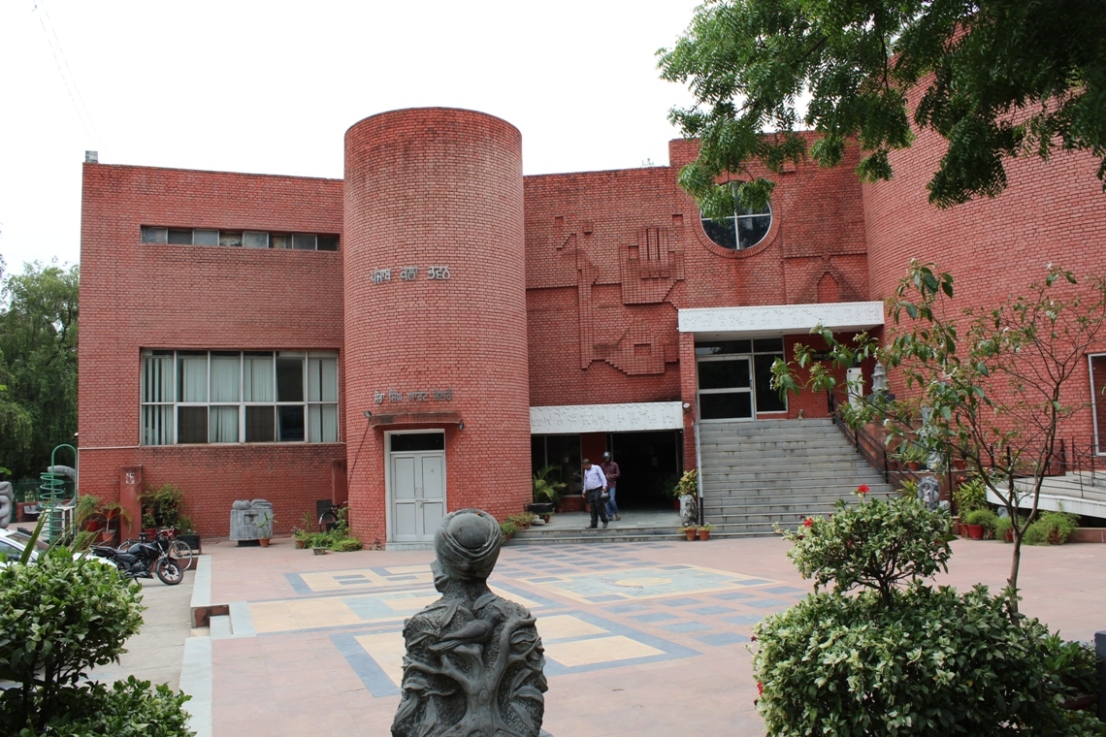 Punjab Arts Council building now named as Punjab Kala Bhawan is the headquarters of the three Akademies: Lalit Kala (Visual Arts), Sahit (Literary Arts), and Sangeet Natak (Performing Arts). It houses among other things, their representative basic components, namely, art gallery, library, and a multipurpose auditorium. These three functions are melded into an integrated plan without obliterating the expressive individuality of each.

The building is located on the fringe of Chandigarh's well-known Rose Garden which is a part of Leisure Valley in Sector-16. It was conceived as a man-made counterpoint to the natural beauty of the Rose Garden without obtruding upon the latter's charming landscape in any way. 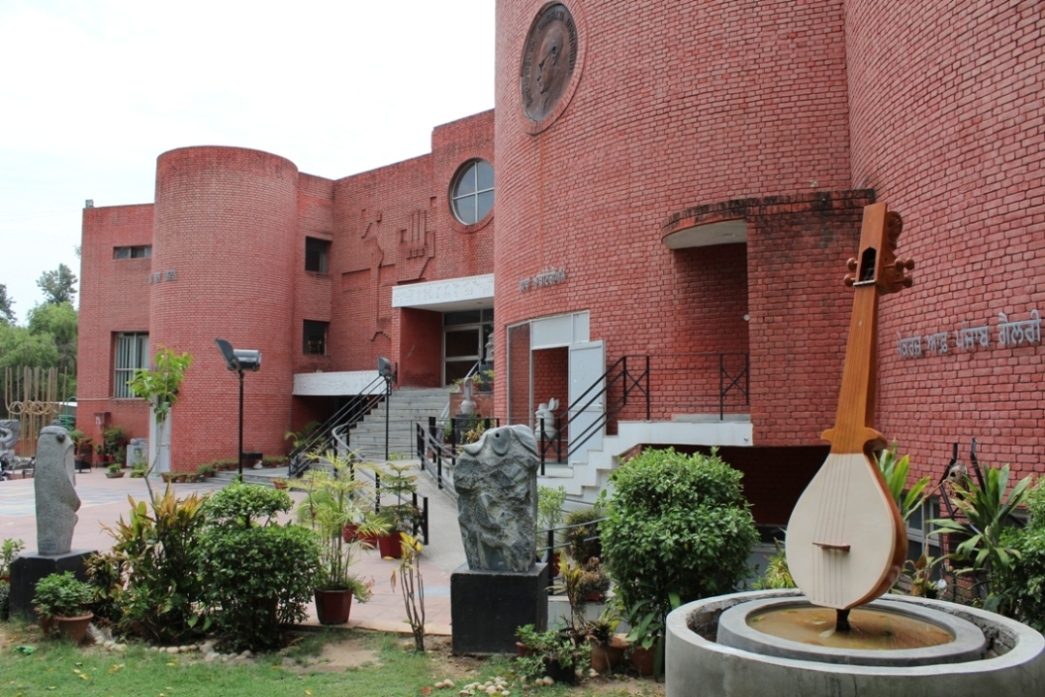 The Punjab Kala Bhawan is the brainchild of Dr MS Randhawa, the founder-Chairman of the Punjab Arts Council, and a legendary administrator, prominent writer, and widely acknowledged patron and promoter of visual arts. The architect has attempted to express the grandeur of the personality of MS Randhawa by adopting a monumental scale, bold facades, and well-lit interiors. The only brief given by Randhawa to the architect was, "I do not like dark and gloomy interiors." 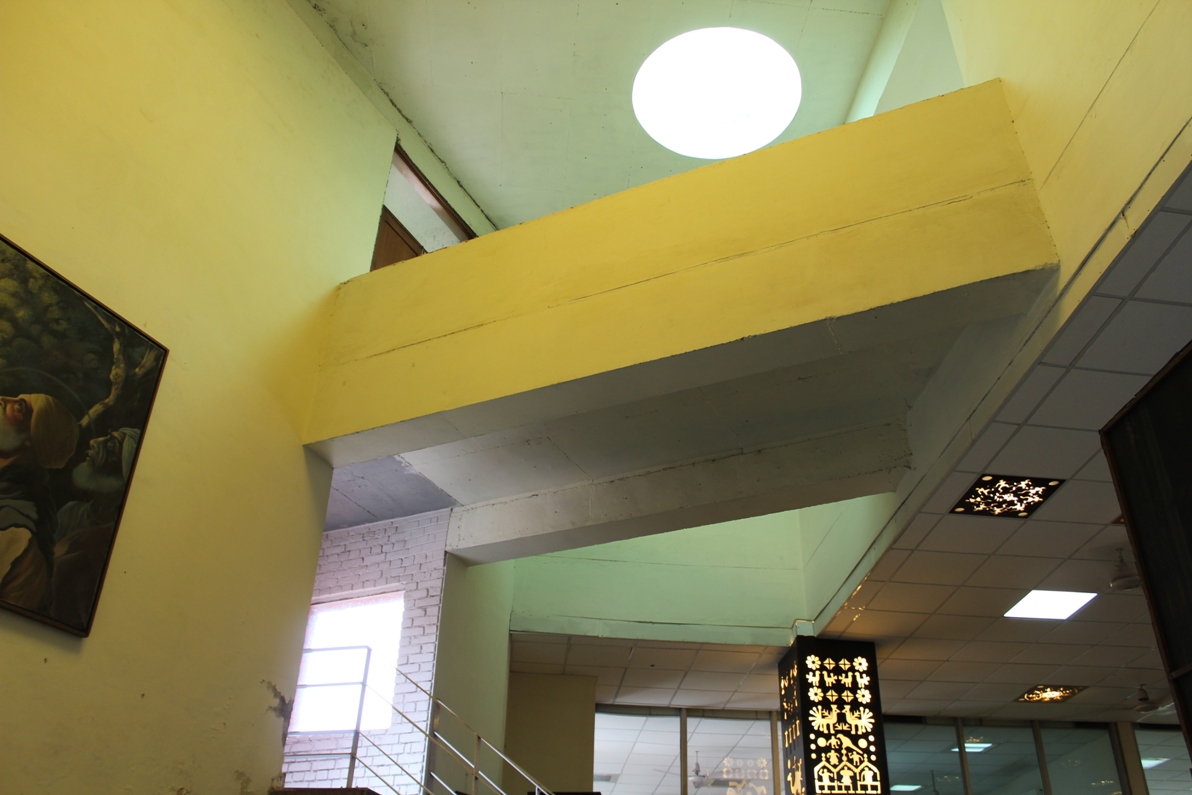 The architectural expression comprises sculptural masses with 'silent facades' in exposed brickwork, punctuated by a few carefully placed openings. The interior space is conceived as a self-renewing continuum and not as compartmentalized sections. Large column-free spaces inside have been made possible by the use of a coffered ceiling. In spite of its monumental character, a certain delicacy in the formal concept has been achieved by extending the interior spaces through glass-walls to the exterior panorama of colour, texture and fragrance of Rose Garden. 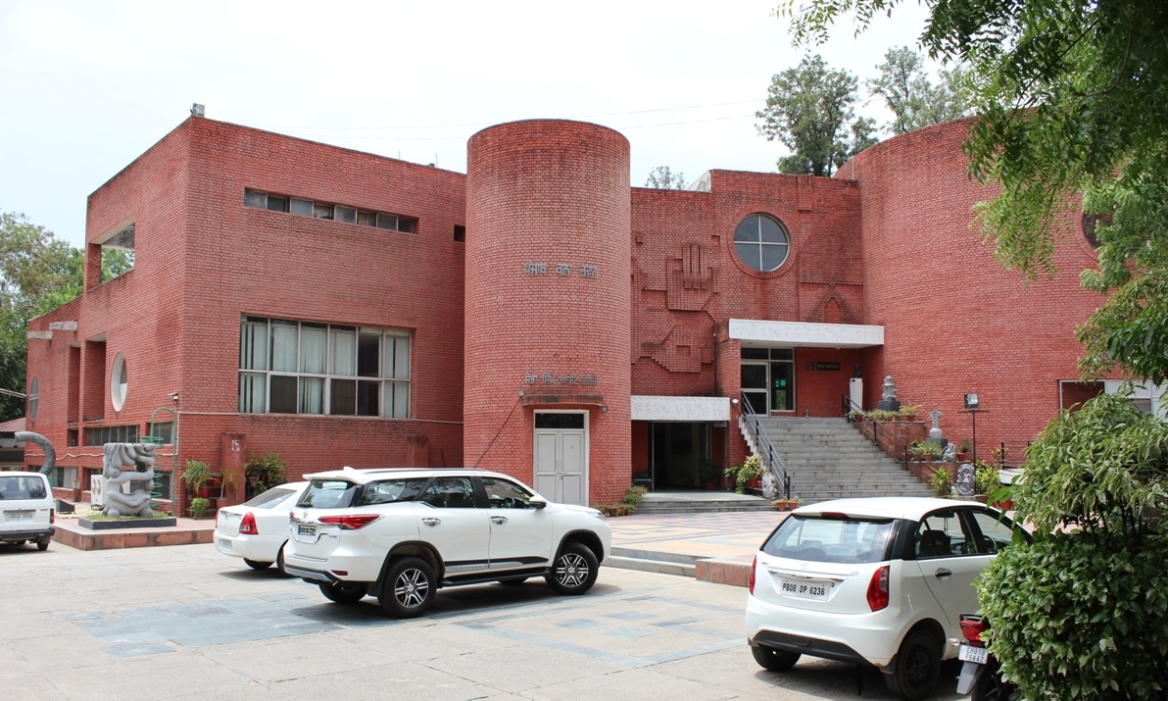 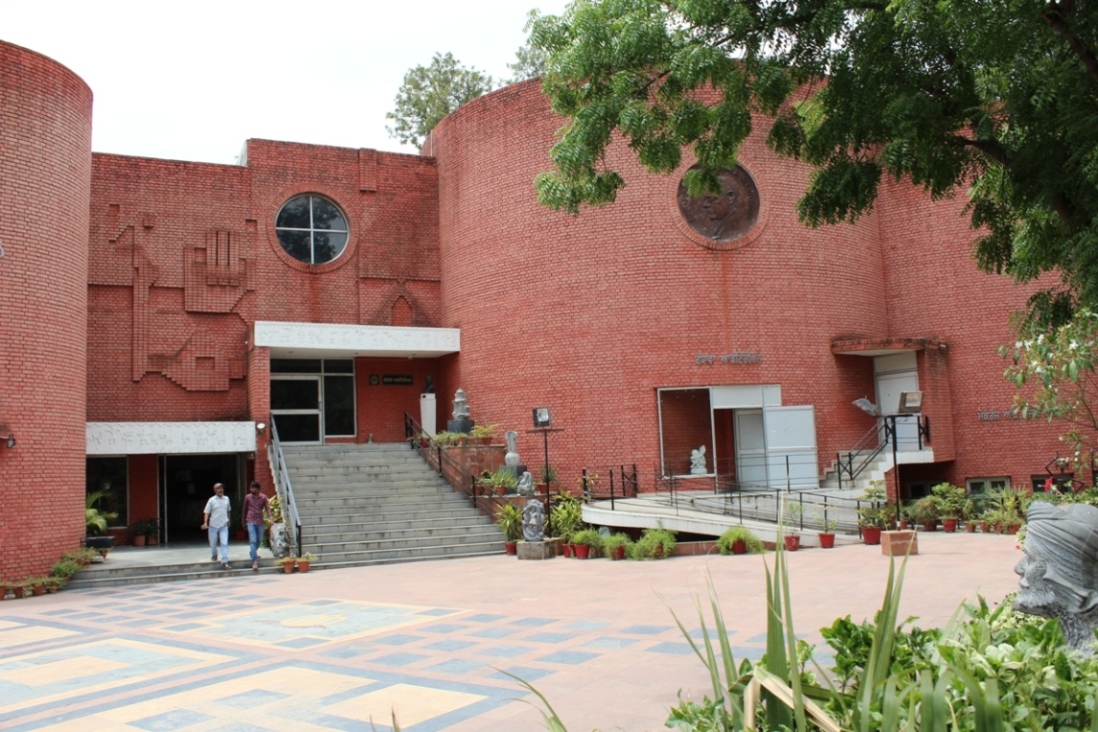 A special feature of Punjab Kala Bhawan is the creation of striking vistas within the building. It is possible to view various parts of the interior as definitive visual encounters from given station-points. Also, the scene of the Rose Garden can be captured from the vast glazing in the manner of framed landscape paintings. Coffered ceiling and low partitions create a stirring spaciousness which suggests, as one celebrity theatre artiste observed, "the very versatile nature of the building". 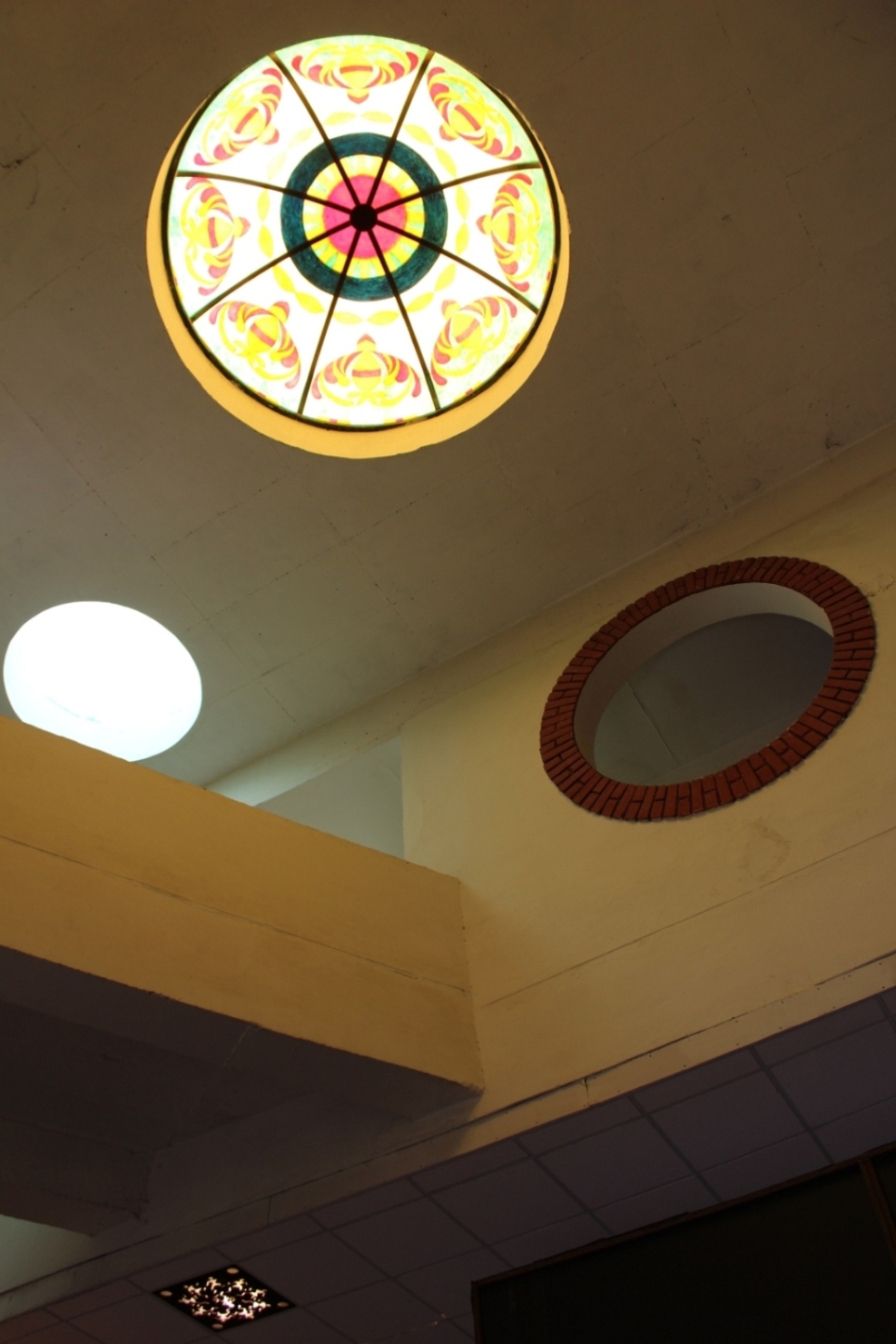 As explained by the architect, the use of the Golden Section determined the general mass of the building along with the proportions of its component parts. Circular openings as a counterpoint of the solid cylindrical form of the staircase, rectilinear solids and voids, and variations of external volumes as staggered geometrical shapes as well as exposed brickwork in juxtaposition with shuttered concrete and aluminium glazing, together create a refreshing architectural expression. 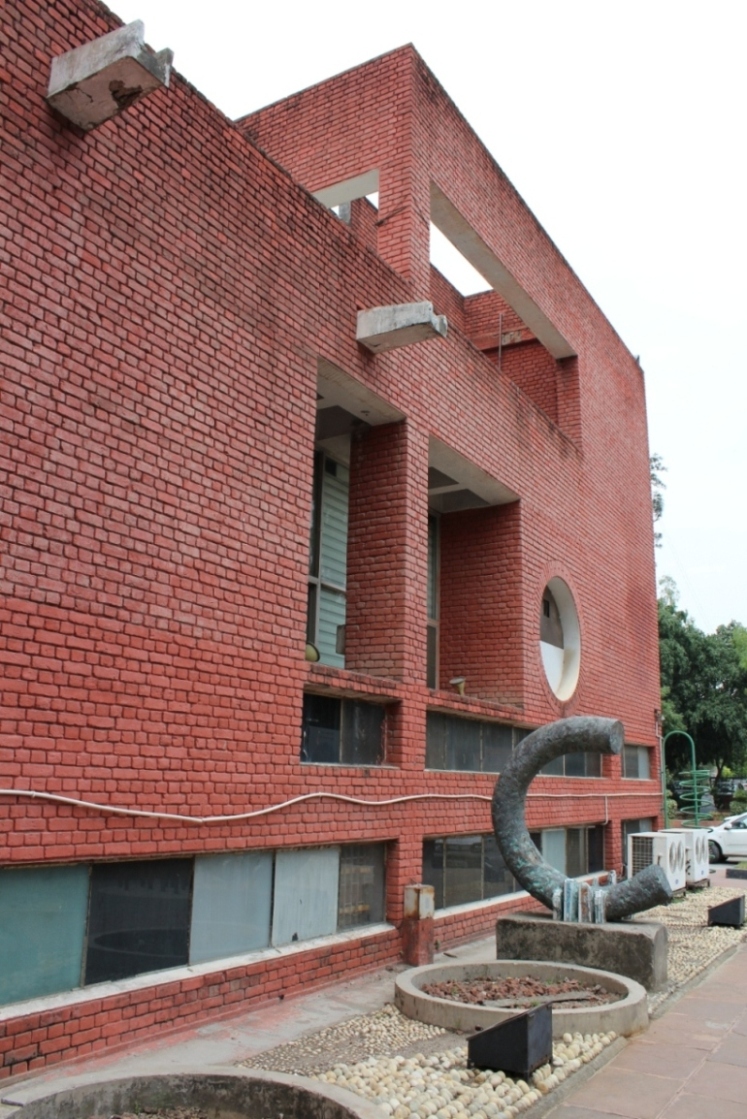 An art gallery, store and record room have been kept at the semi-basement level which is illuminated by a clerestory on three sides. The ground floor provides accommodation for the officials of the Council and the Akademies, a staff room, and a conference room. The double-height library is also placed on the ground floor. The mezzanine floor is extended to form three separate cabins for Punjabi folk music. An auditorium (named after Dr MS Randhawa) with a seating capacity of 300 is connected to the main building. 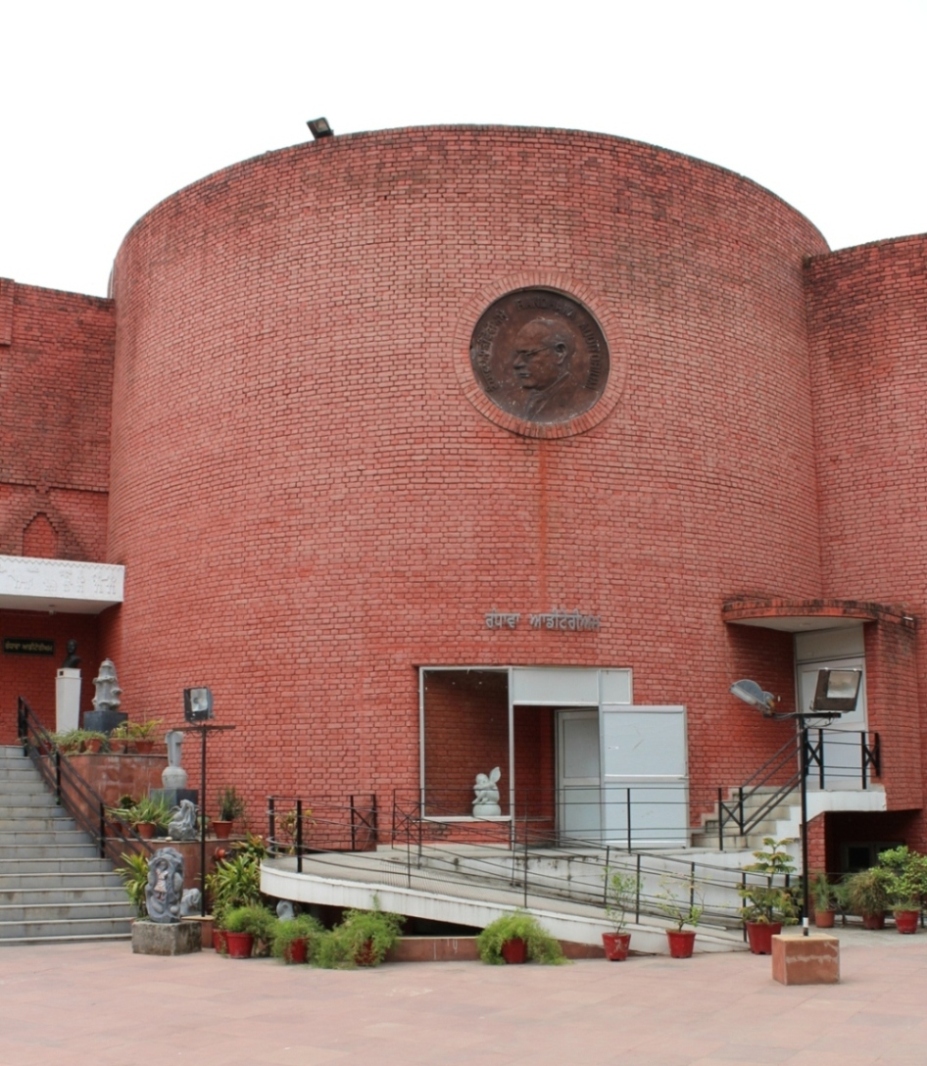 The first floor has rooms for visiting artistes, and accommodation for the caretaker. A lounge for visiting artistes is part of the large terrace facing the Rose Garden. Art workshops organized during the winter are held on the terrace. The cut-outs at various levels ensure an uninterrupted flow of spaces, both vertically and horizontally, and symbolically establish the inseverable relationship among all the arts. 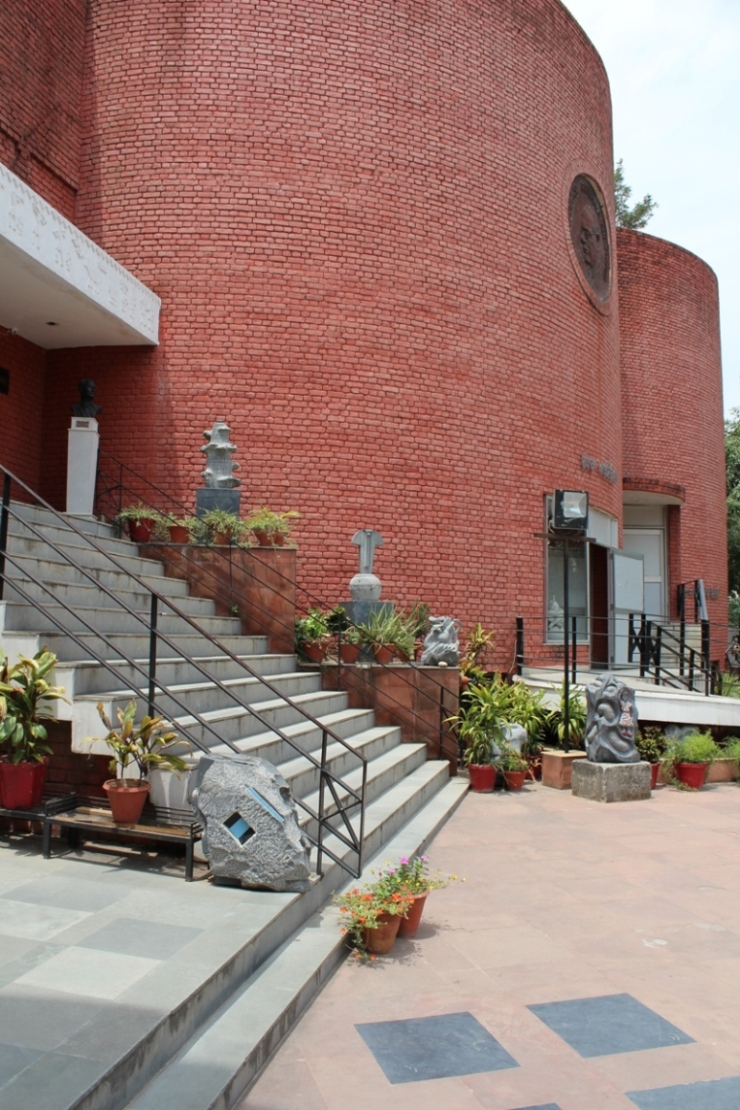 A large brick mural in bas-relief adorns the north-west facade and greets the visiting artistes and dignitaries. Known as 'Mural of Arts Unity', it has also been designed by the architect Dr SS Bhatti. The mural expresses the internal unity of all art-forms that the three Akademis are promoting for instance, 'Visual Arts', 'Performing Arts', and 'Literary Arts'. The symbol of Hand with three projections on it symbolises the three Akademis, and the symbol of Tanpura represents Performing Arts. 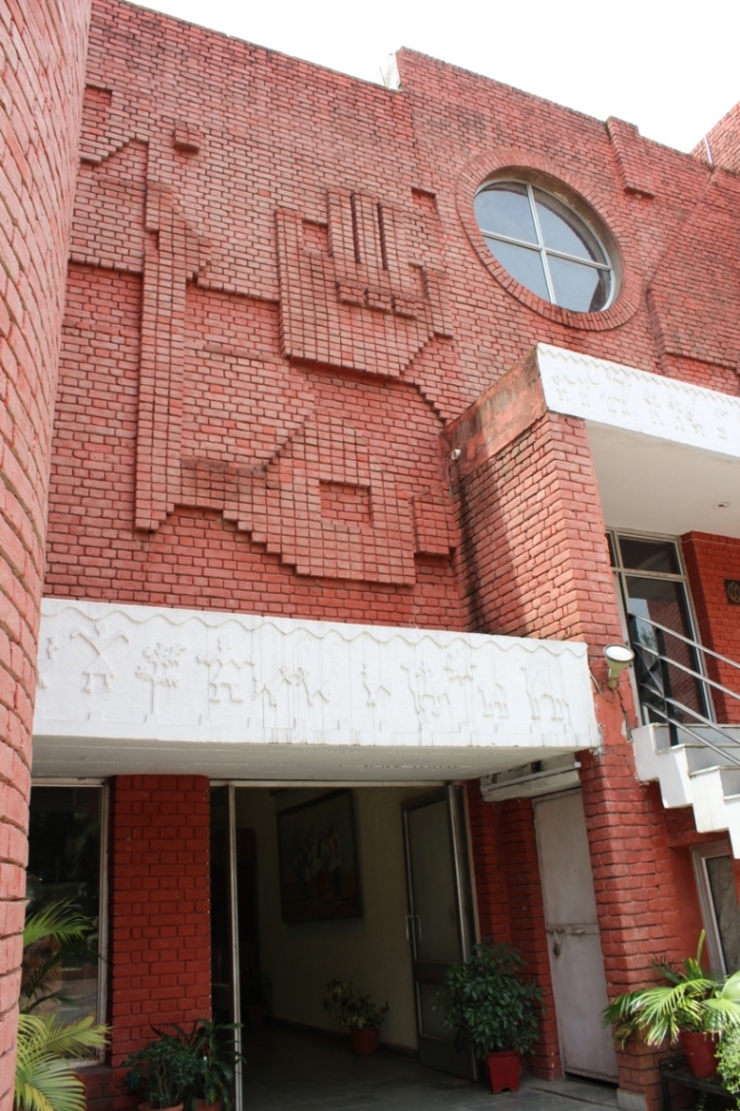 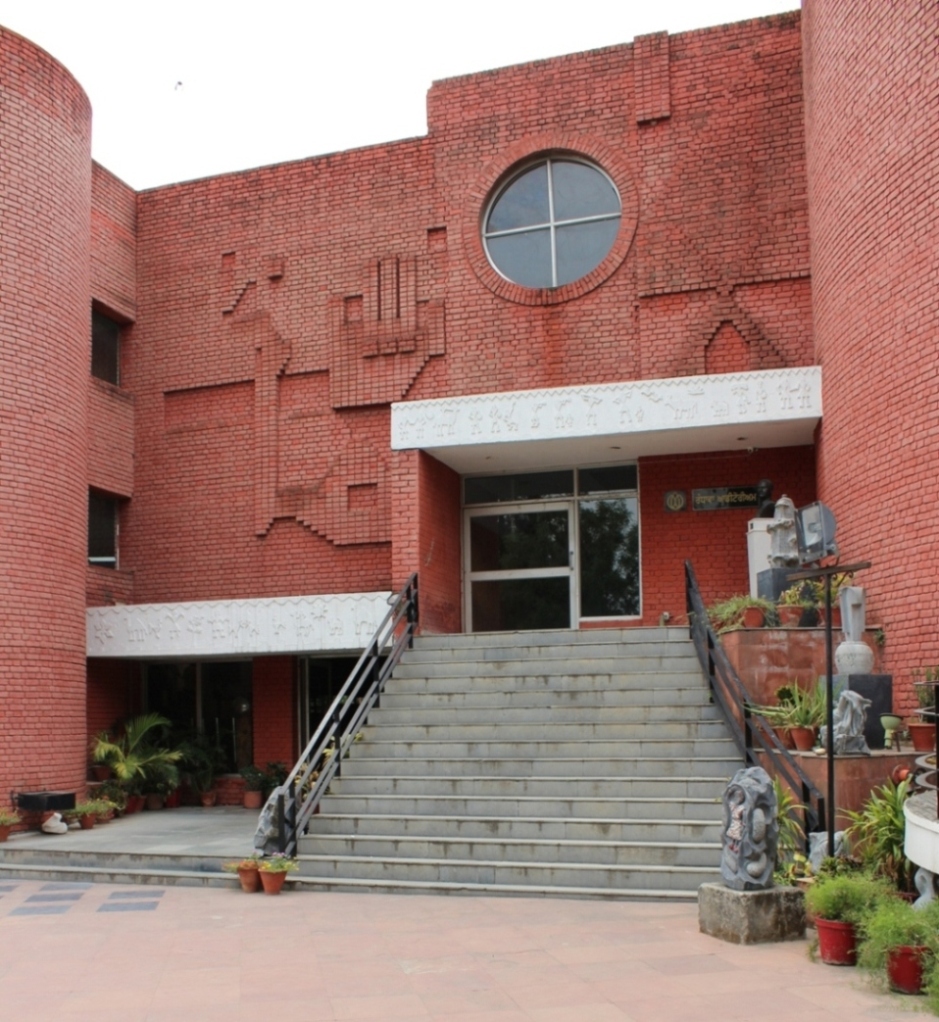 Yet another prominent component of the Punjab Kala Bhawan is an open-air-theatre which extends out of the building on the south-east side towards the Rose Garden. It absorbs ambient spaciousness of the Rose Garden to provide for activities which have made the Complex a most happening place in Chandigarh. For the construction of this open-air-theatre, the architect has ingeniously used the earth excavated from the basement of the Kala Bhawan. The stage of the open-air-theatre acts as an extension of the central foyer and is accessible through a large arched opening. 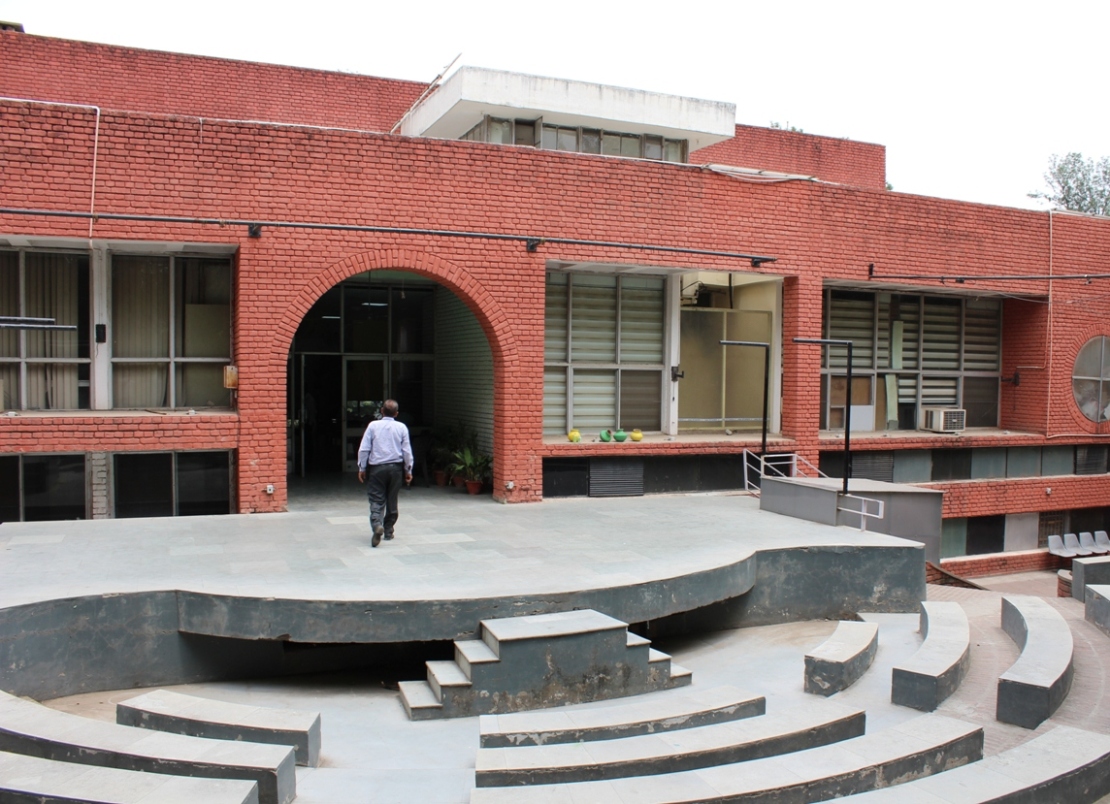 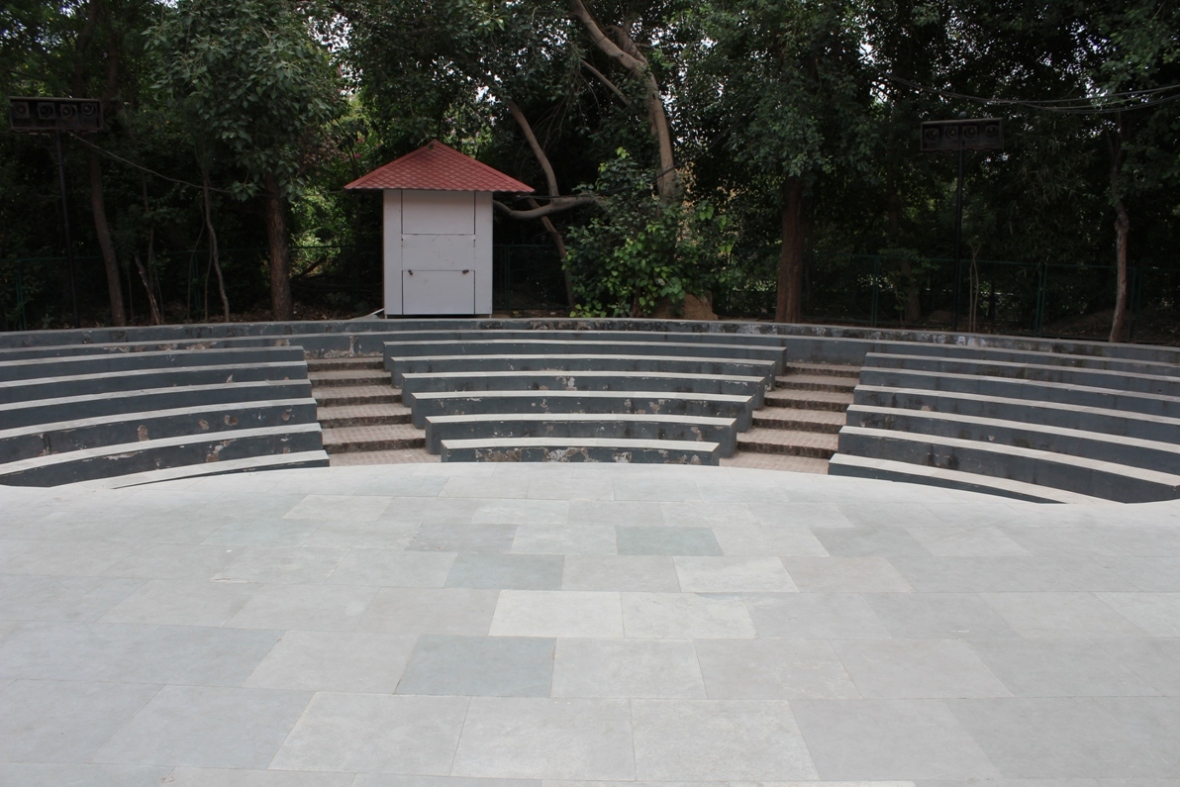 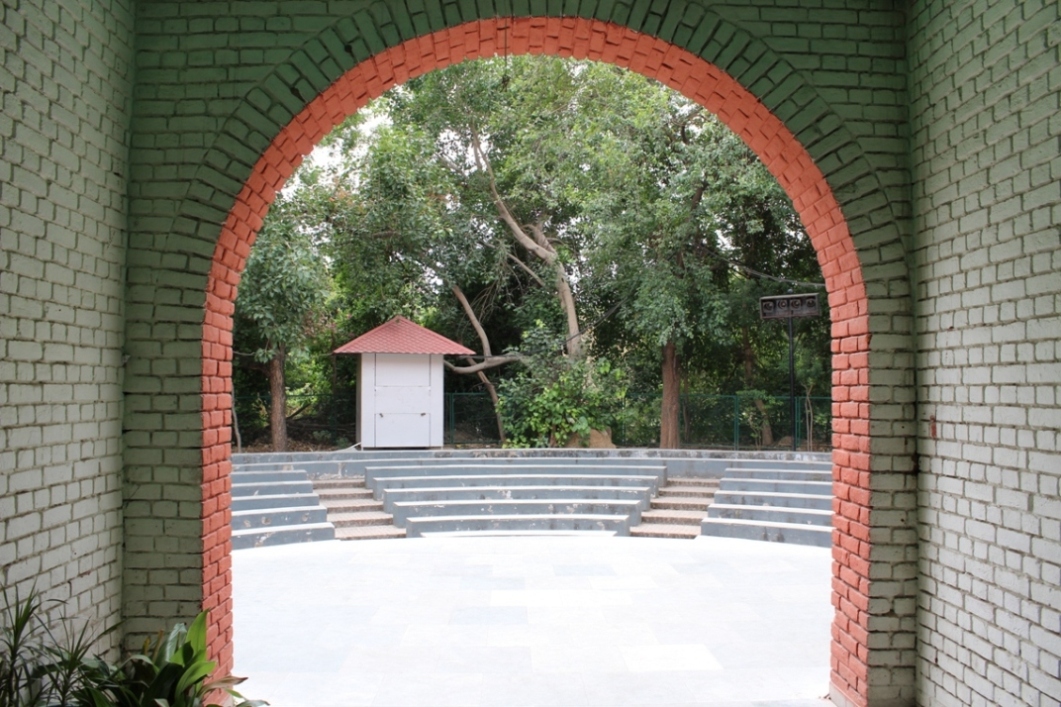 Without disowning its genetic lineage, the Punjab Kala Bhawan makes a statement of building-design which is novel and individualistic but not arrogant, geometrically ordered but not regimented; above all, daringly innovative but neither wilful nor wayward - a resplendent jewel in the crown of Chandigarh's architecture. 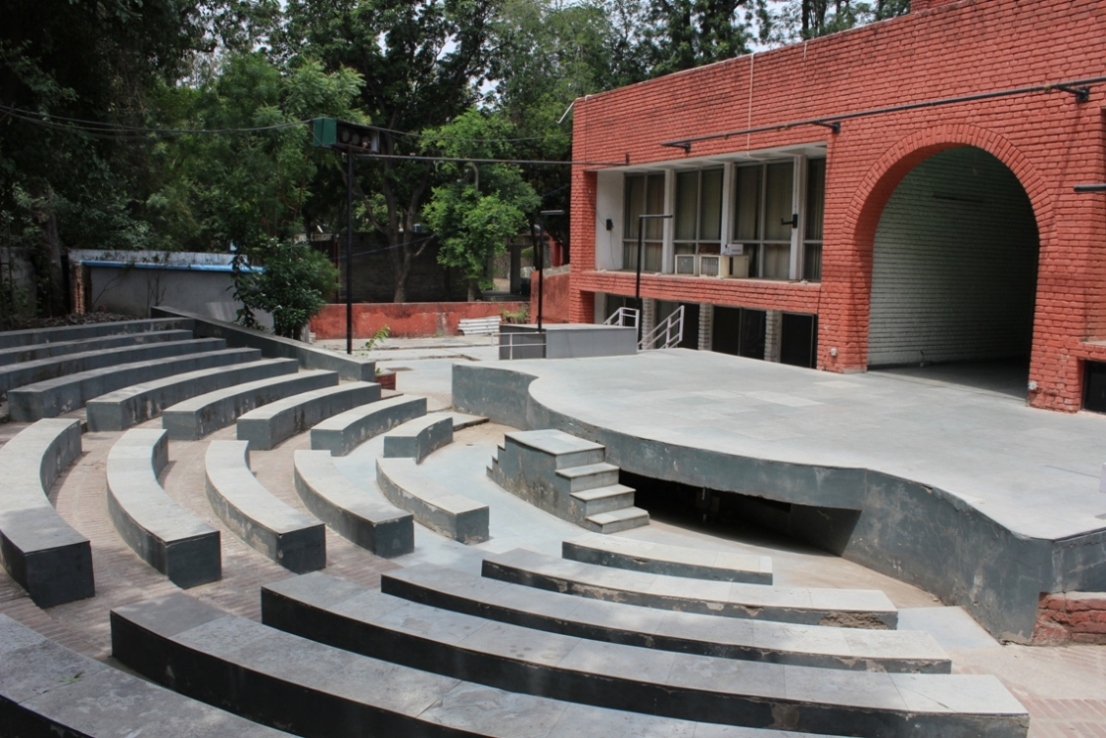 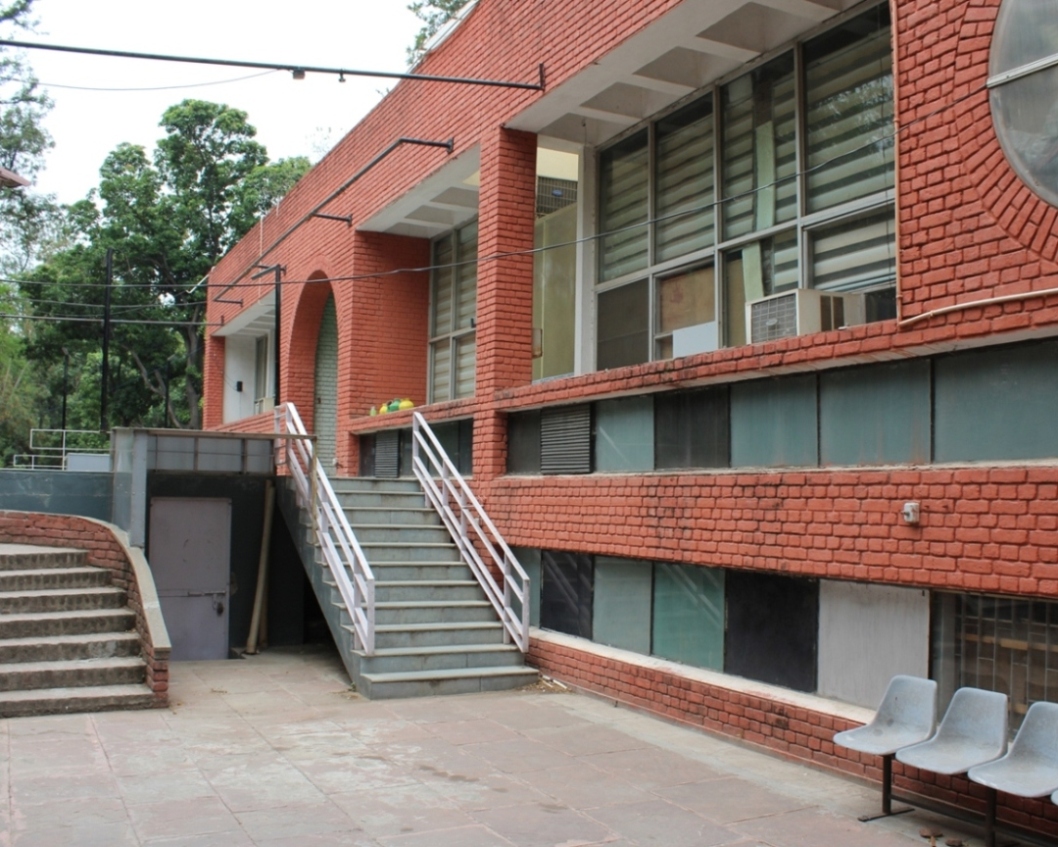 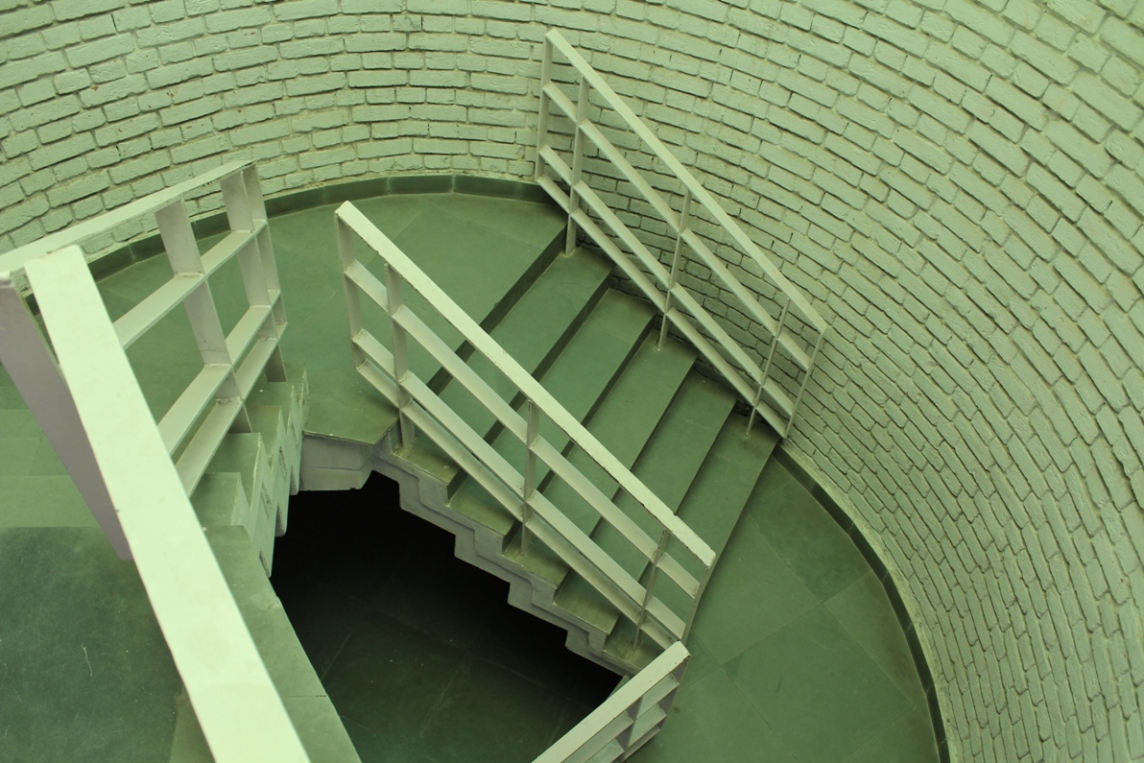 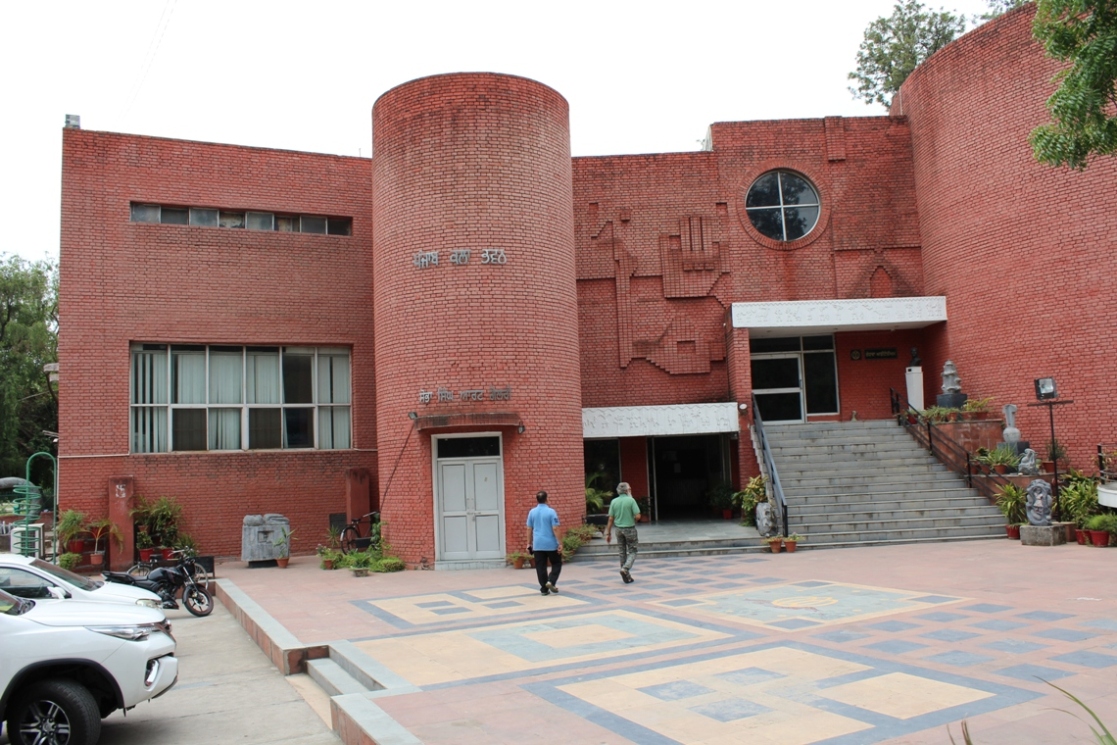 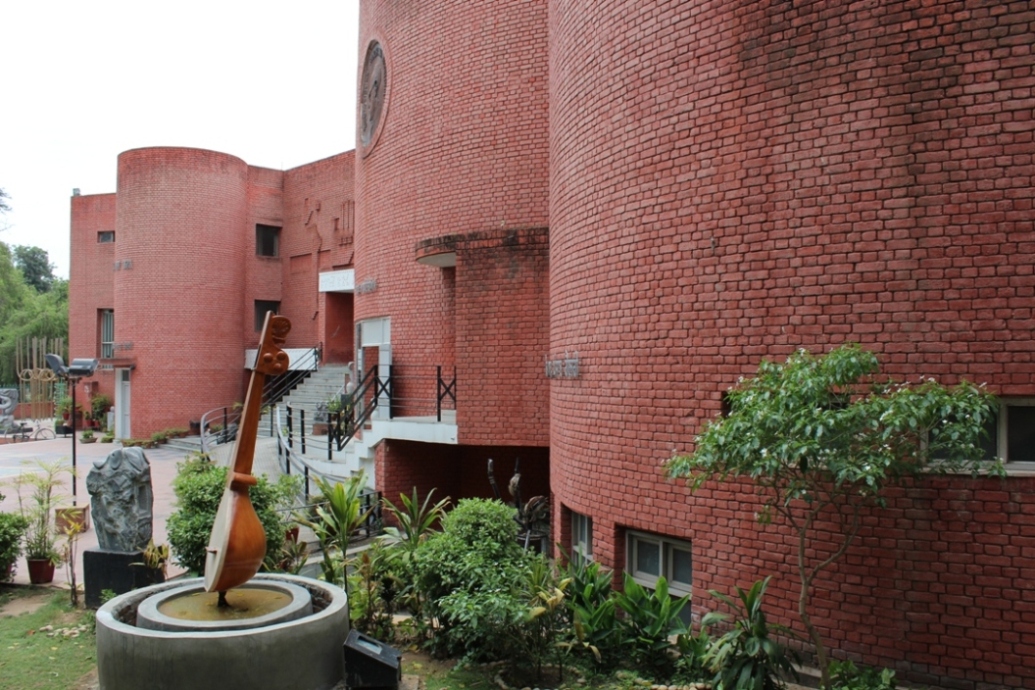 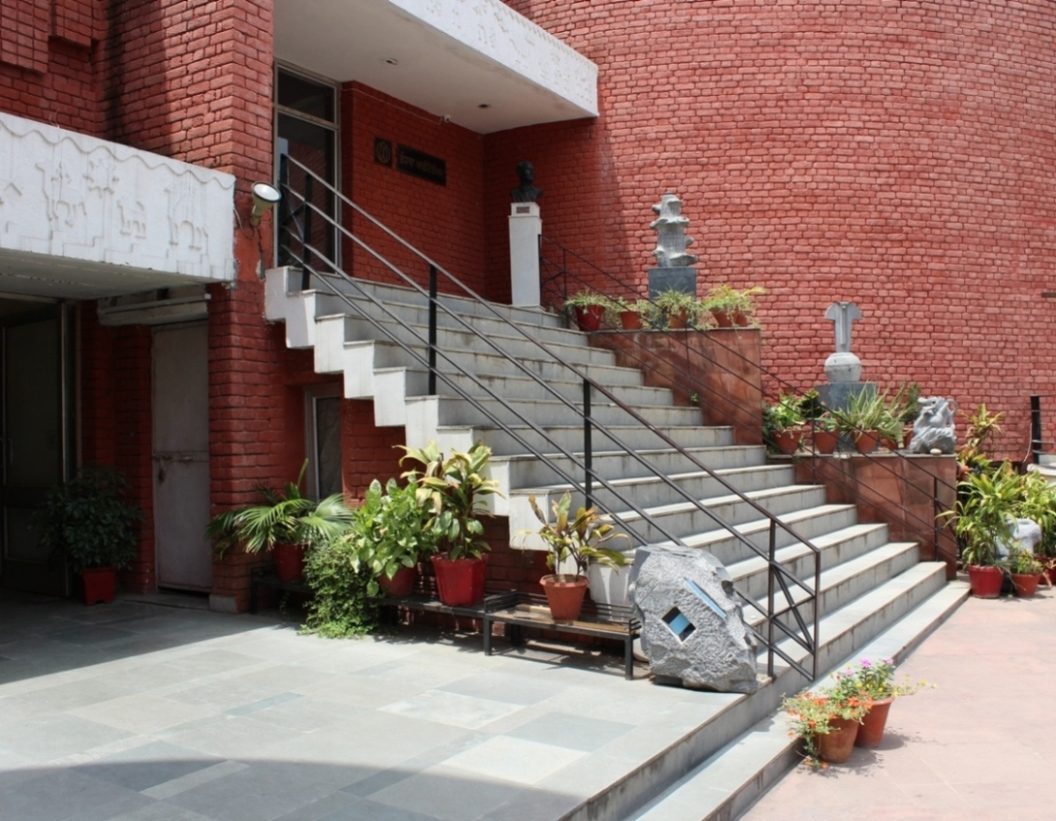 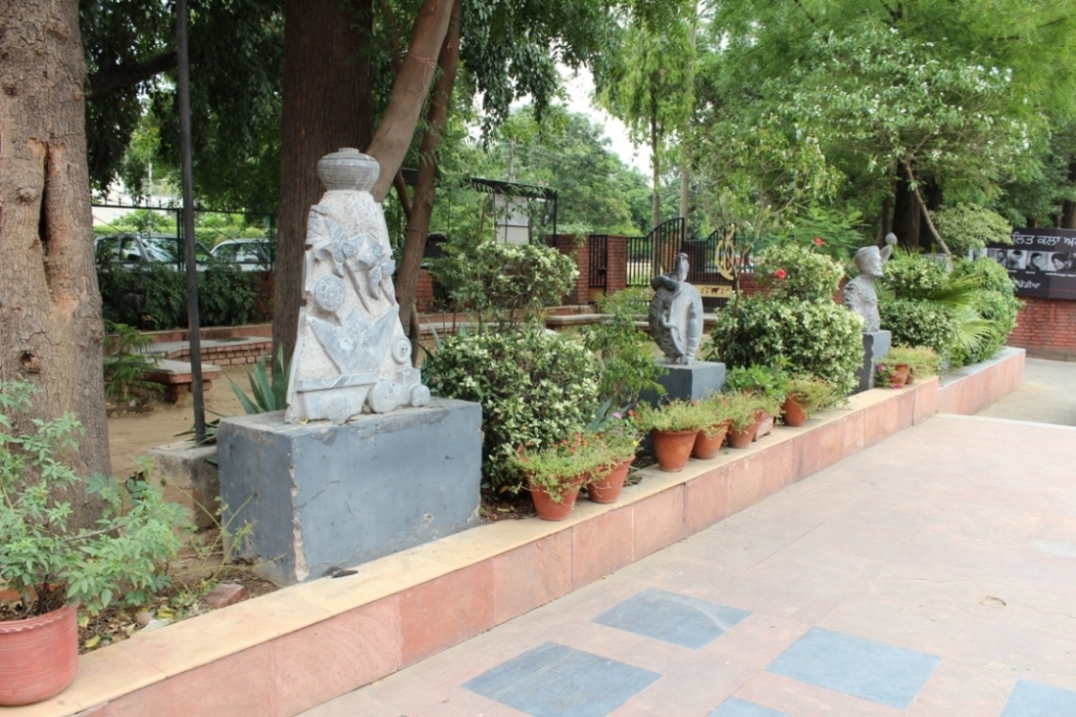 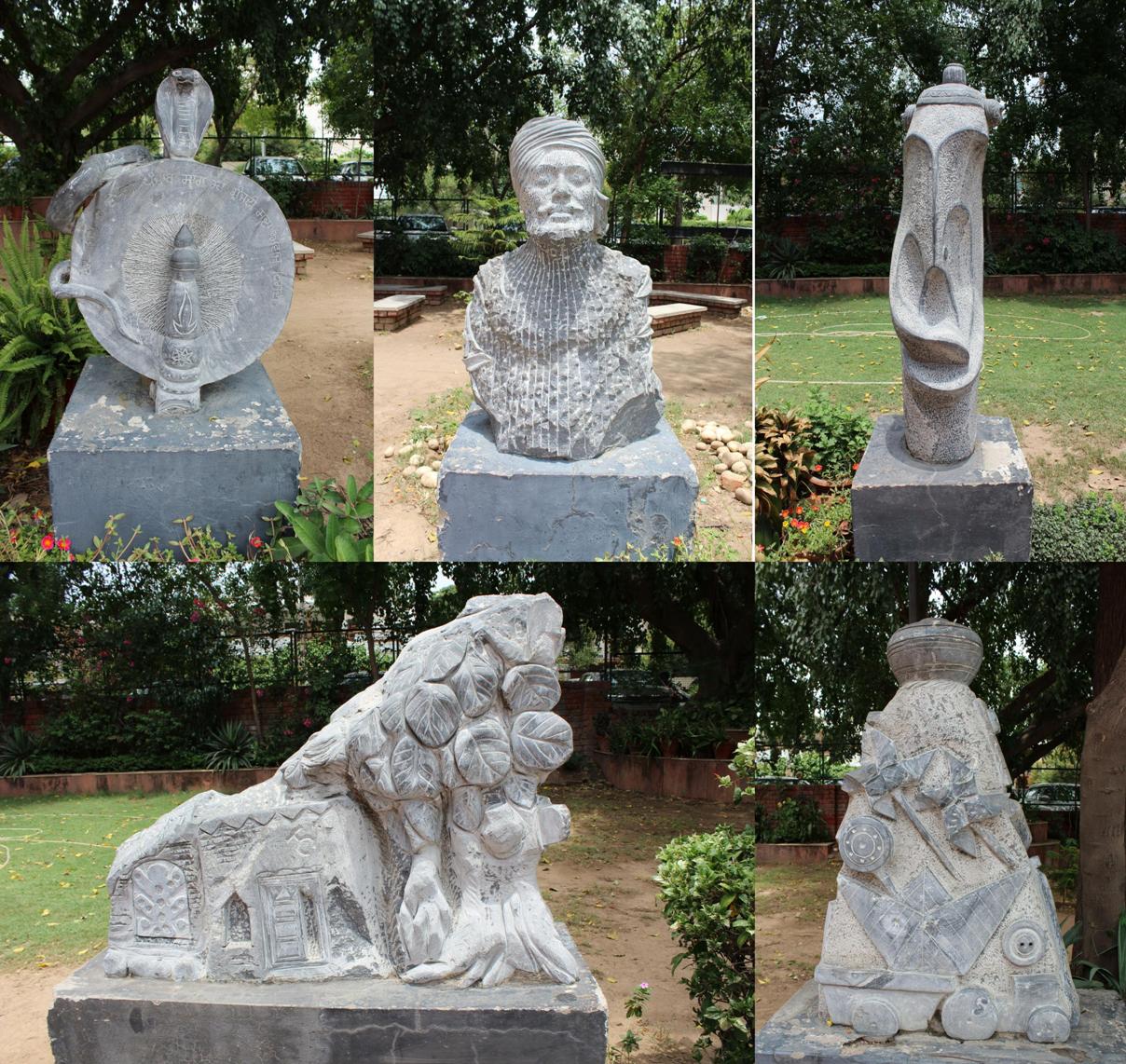 > via inputs from Dr SS Bhatti