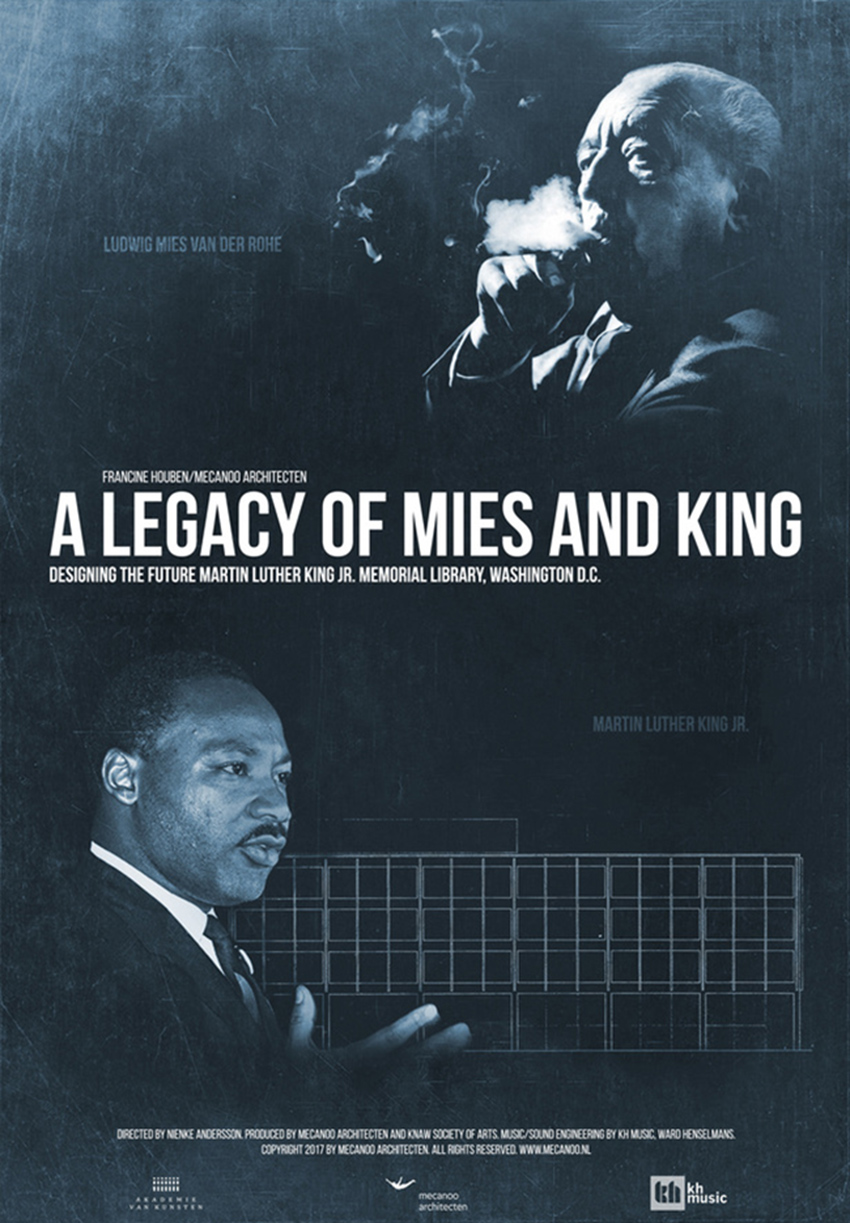 Mecanoo has announced that this documentary film ''A Legacy of Mies and King'' will have it US premiere screening at the Martin Luther King Jr. Memorial Library on Wednesday March 1, 2017. The film deals with the modernisation of Washington DC’s central library, which was designed in the sixties by architect Ludwig Mies van der Rohe and named after Martin Luther King, Jr.

The film follows architect Francine Houben as she investigates the past and present in order to design a world-class library of the future. Francine delves into the archives, meets contemporaries of Mies and King, speaks to current visitors of the library, and participates in a Martin Luther King, Jr. Memorial Peace Walk. During her quest, both the building's namesake and the original architect look over her shoulder critically.

Mecanoo architecten worked with local partner Martinez+Johnson Architecture on the design. To undergo the transformation, the library will close on March 4, 2017. Construction will begin in the summer and is expected to take three years.