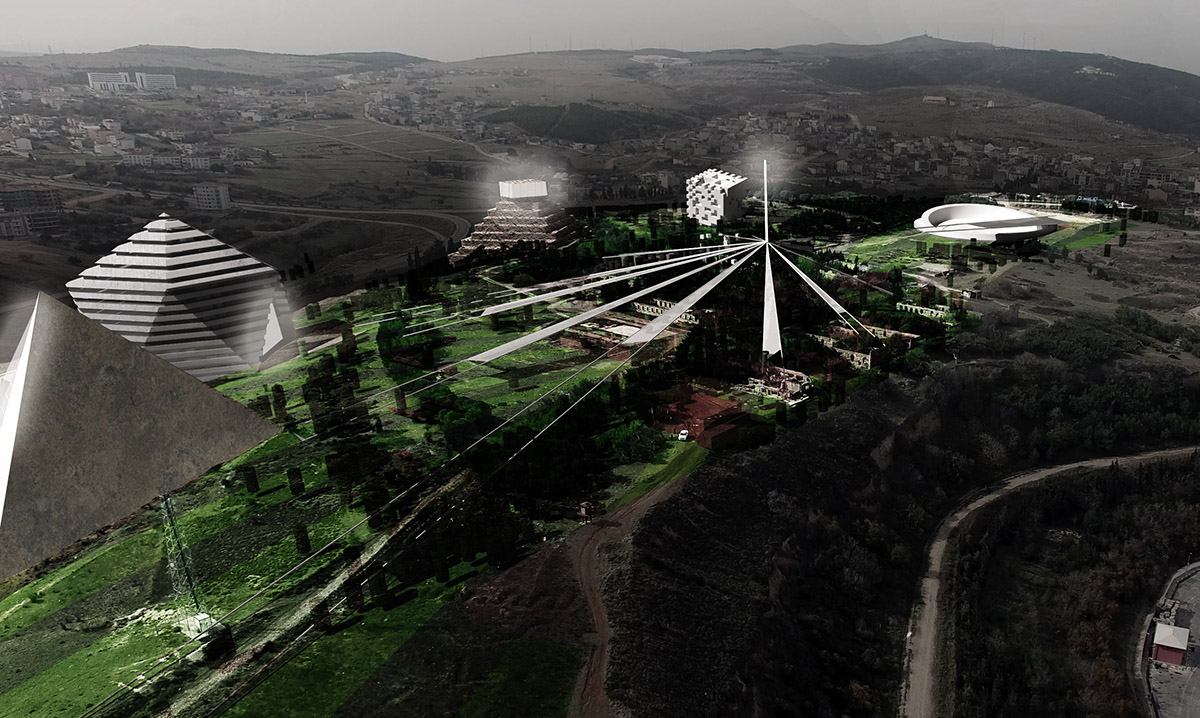 UAE, LA and Istanbul-based architecture firm Building Office has released visions for Bandırma Park Competition, which resulted in earlier this month and announced by the Balikesir Metropolitan Municipality in Turkey.

Building Office, led by Aras Burak and Aris Kozmidis, proposed a series of scattered buildings for masterplan, composed of different forms and arrangements -attributing to their iconic presence on the same layout. 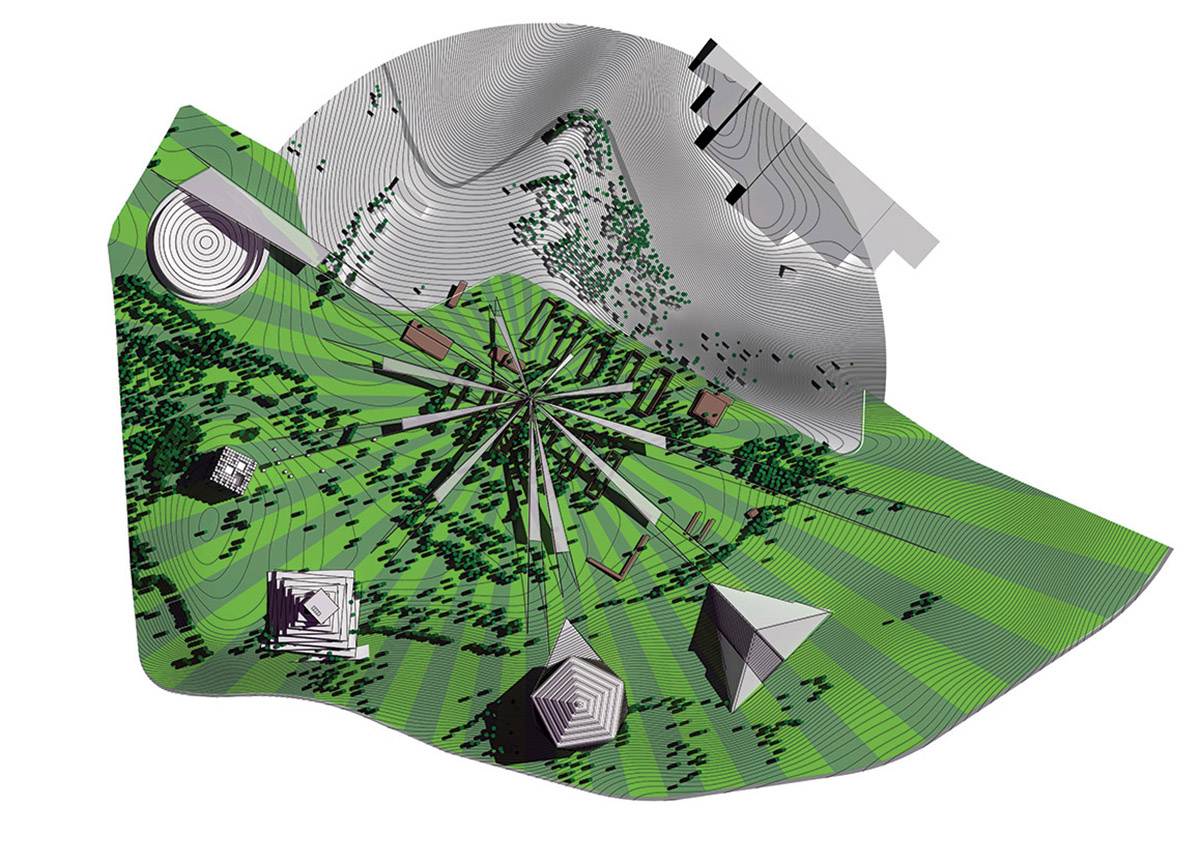 The team conceived the Bandirma Park as a new iconic development that accommodates design students, professionals and host temporary pavilions, sponsored events. Building Office's masterplan intends to create a weekend destination for the city to socialise.

Bandırma-located in the most dynamic region of Turkey-is planned to become as the major gateway of the growing Turkish industrial export after the envisioned new port. According to the competition statement, major regional transformations will catalyze the desired metamorphosis of the spatial quality for the city of Bandırma. In this case, the competition brief called for a new and alternative open public space within the dense fabric of the city through the future post-industrial transformation of the region.

''As you approach using the ferry from İstanbul to Bandırma, you will start seeing the tip of the convention hall. And as you get closer, on the top of this beautiful hill you will see the silhouette of all of the buildings. We have aimed to create this unique experience through architecture by maximizing the negative space in the buildings that will not count as part of floor area,'' said the studio. 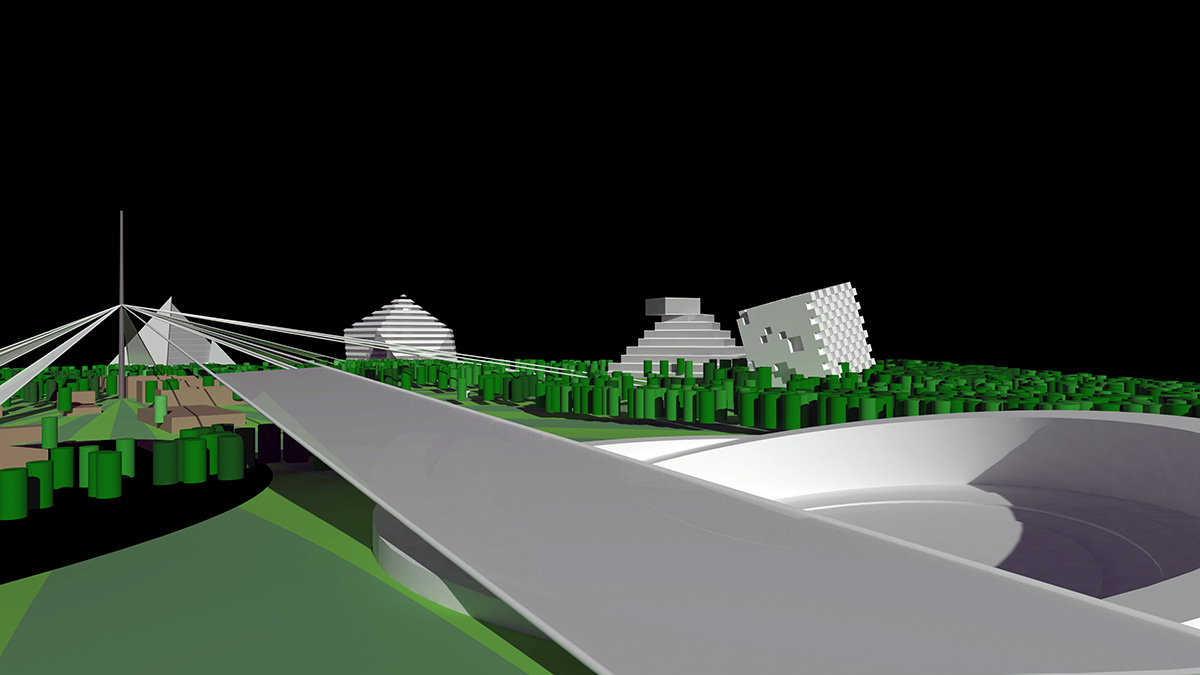 ''While we do this, each building started have its own courtyard, its own atrium that becomes a pocket in the park experience - almost like a cave. The iconic character of the buildings is to an extreme extend that 5 star hotel is hosted within a pentagon shaped plan and the four star hotel is located within a rectangular plan.''

In the masterplan, the studio remains the landscape untouched since they were astonished by the beauty of the existing landscape. The architects also consider further stages of the project and propose the transformation of the ruins of the military buildings into outdoor cafe and pop up stores in the future.

''The ruins would be developed by the designers that occupy the buildings following a competition phase every year. Which will allow us to have a richer spatial experience within the park, not dictated by one group of designers only,'' added the studio.

''To keep our interference with the preserved zone to minimum, we proposed a local market like tent built on cables that run from the centre of the park to each building within the masterplan, for semi-shaded space above the exposed ruins. The edges of the site is occupied with the buildings forming a circular path around the hill which can potentially turn into a full circle development in the future allowing the ring road to meet Marmara Sea.''

''All back of house and vehicular access is located at the close proximity to the existing road and the central part of the park is reserved for pedestrians.'' 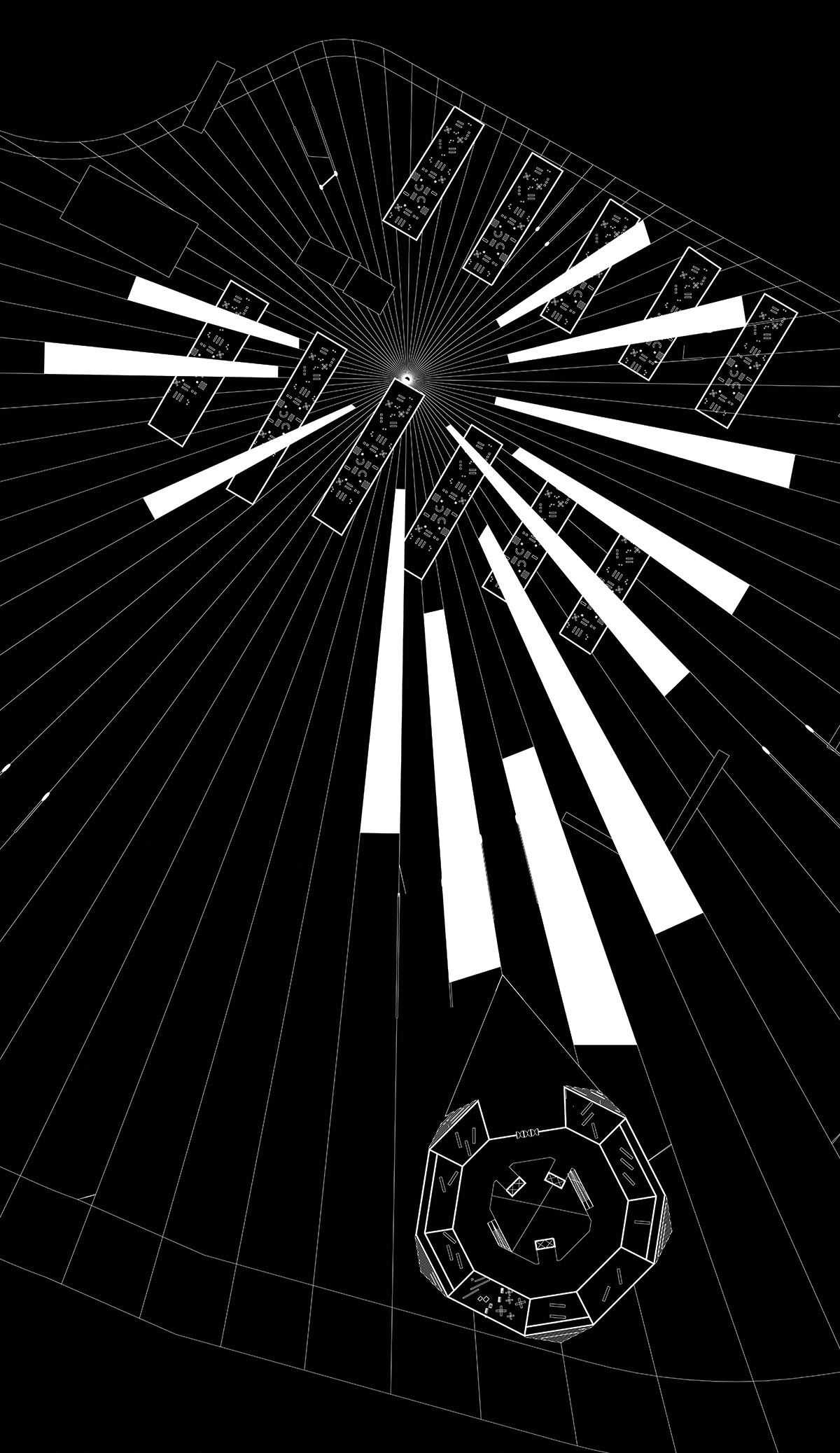 ''The retail space is proposed to have three types. First being the permanent retail space below the 5 star hotel, second as the spilling out towards the central - transitional kiosks in the park and the third as the temporary cafe, pop-up shops within the listed buildings. The mall is located under the five star hotel and is a semi-indoor space opening towards the centre of the park like a castle bridge.'' 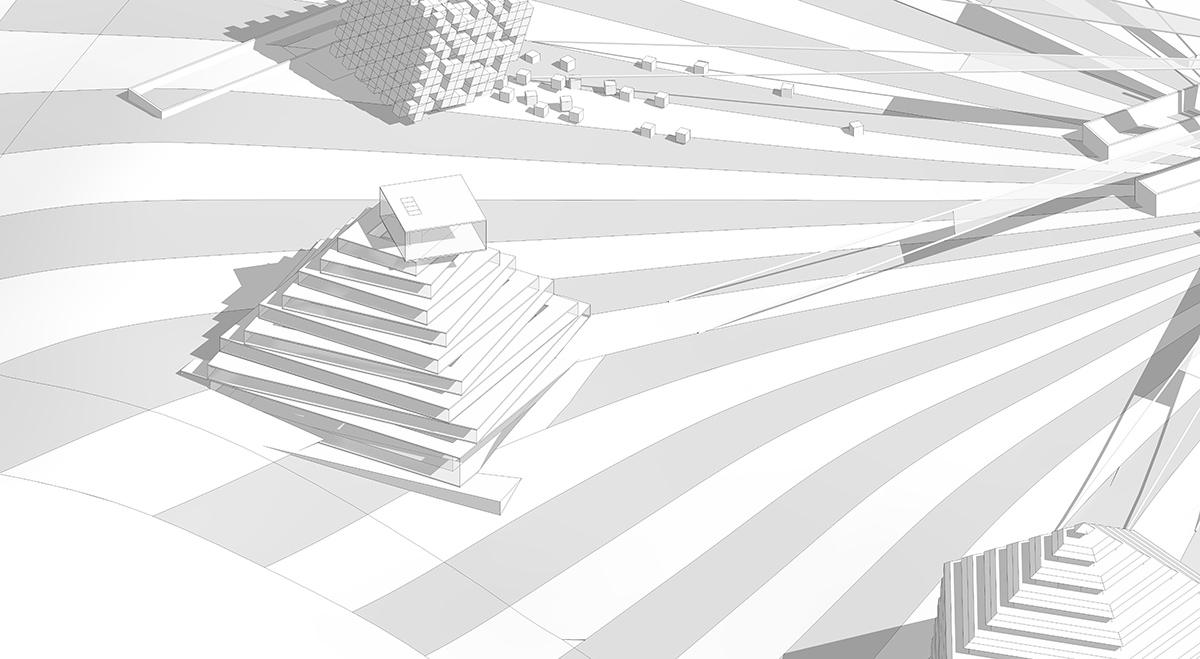 ''Bandirma Park has the flexibility to expand, by adding in-between structures in the near future because of the necklace like arrangement of buildings around the central point of the park.'' 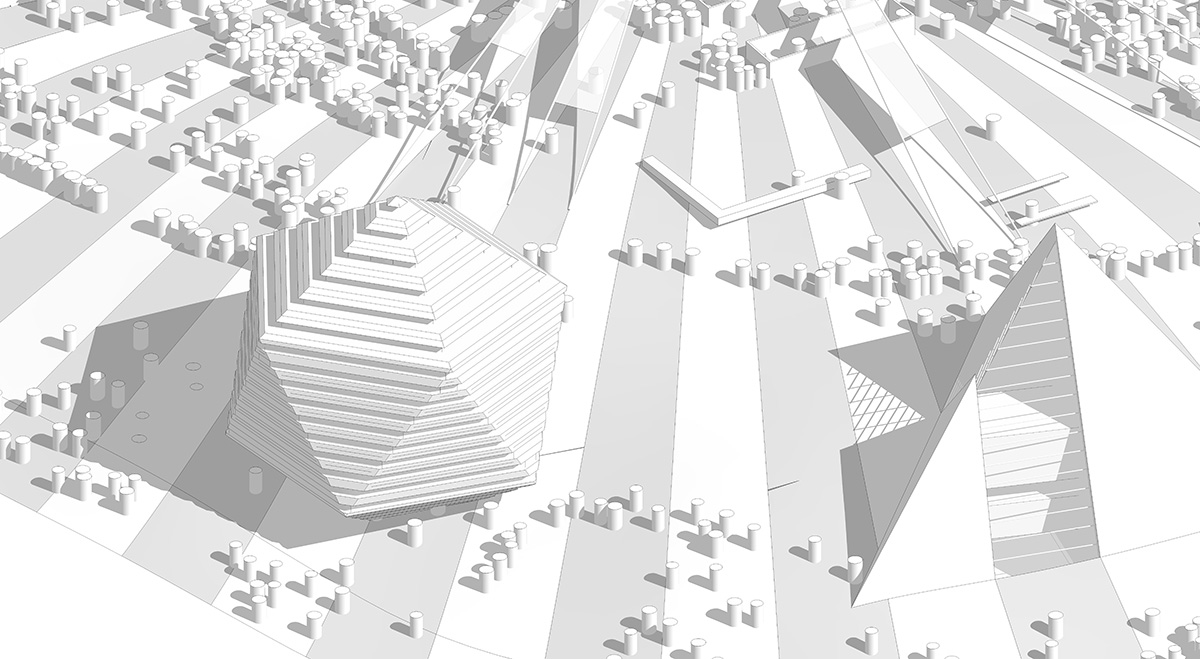 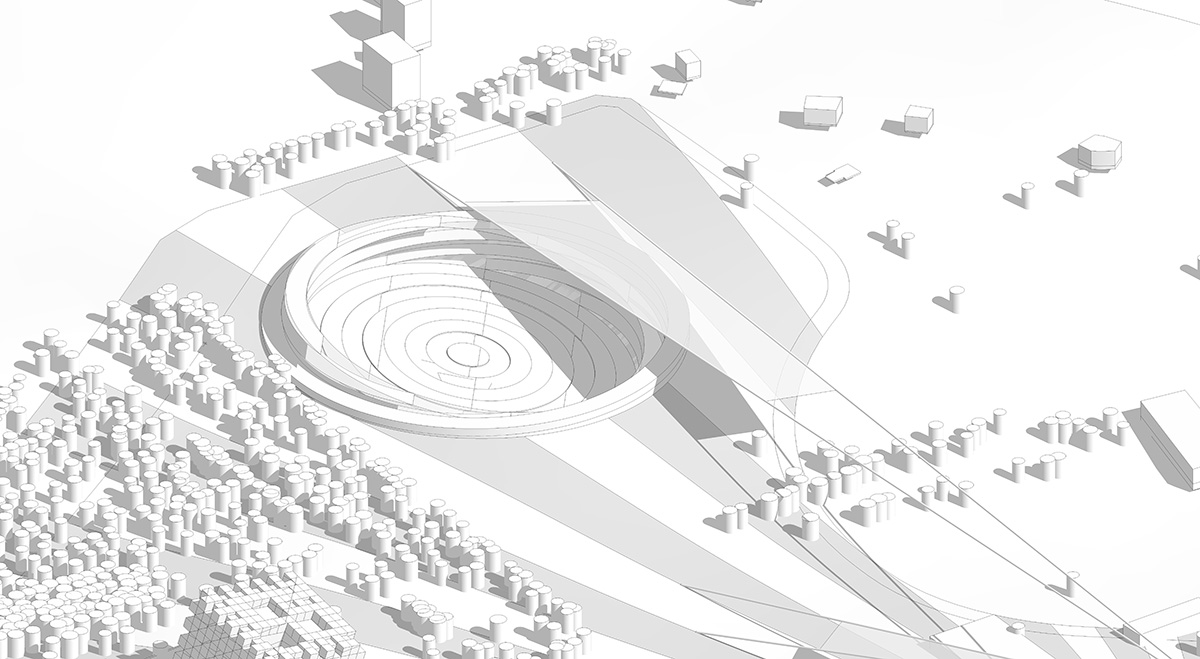 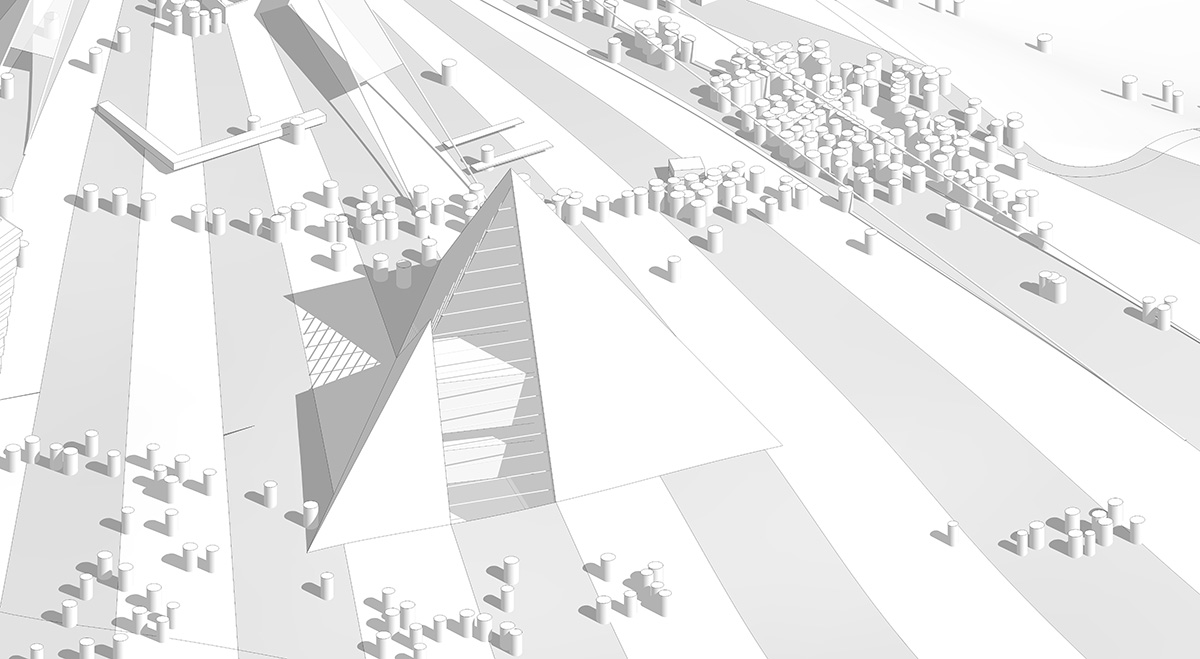 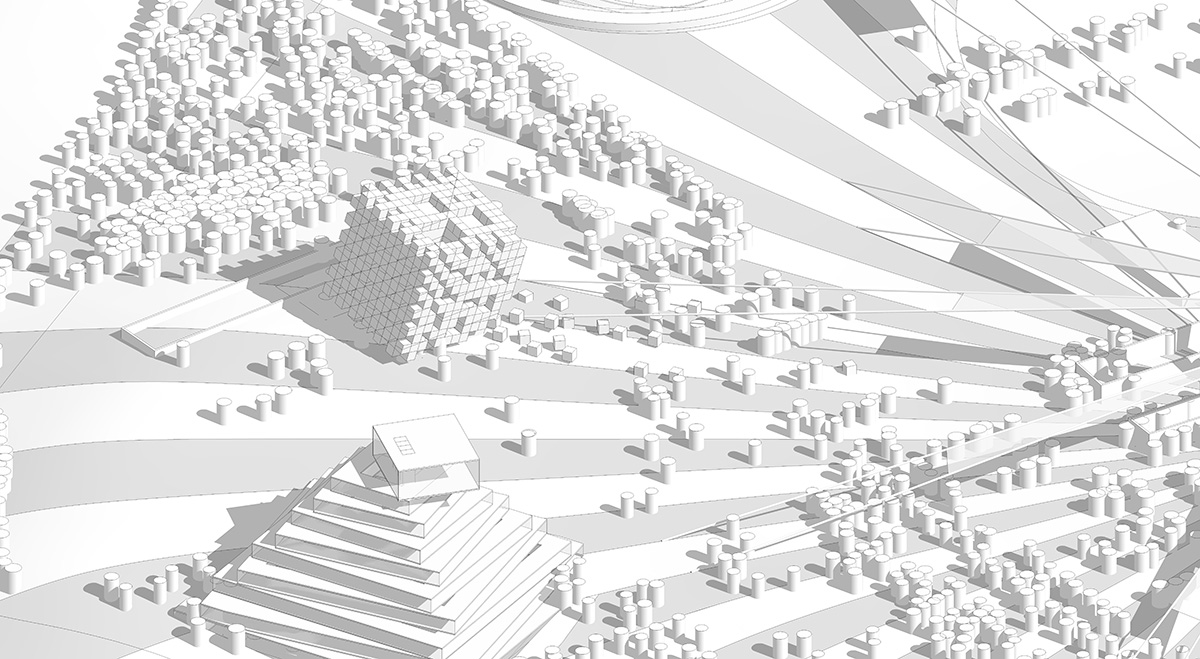 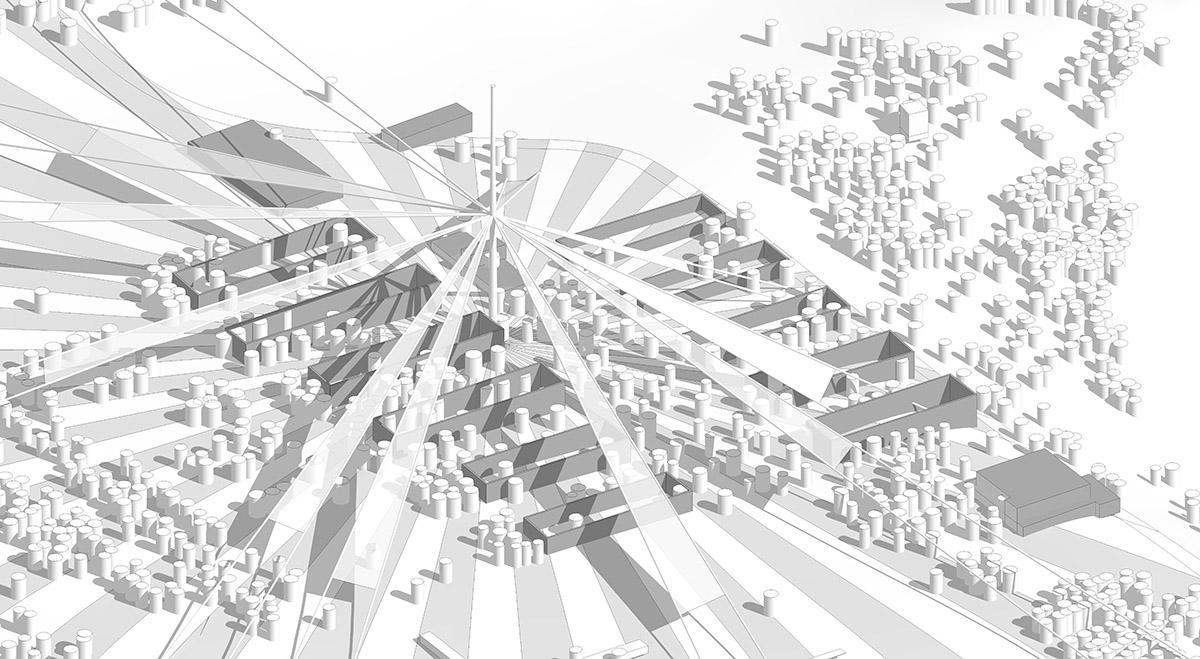 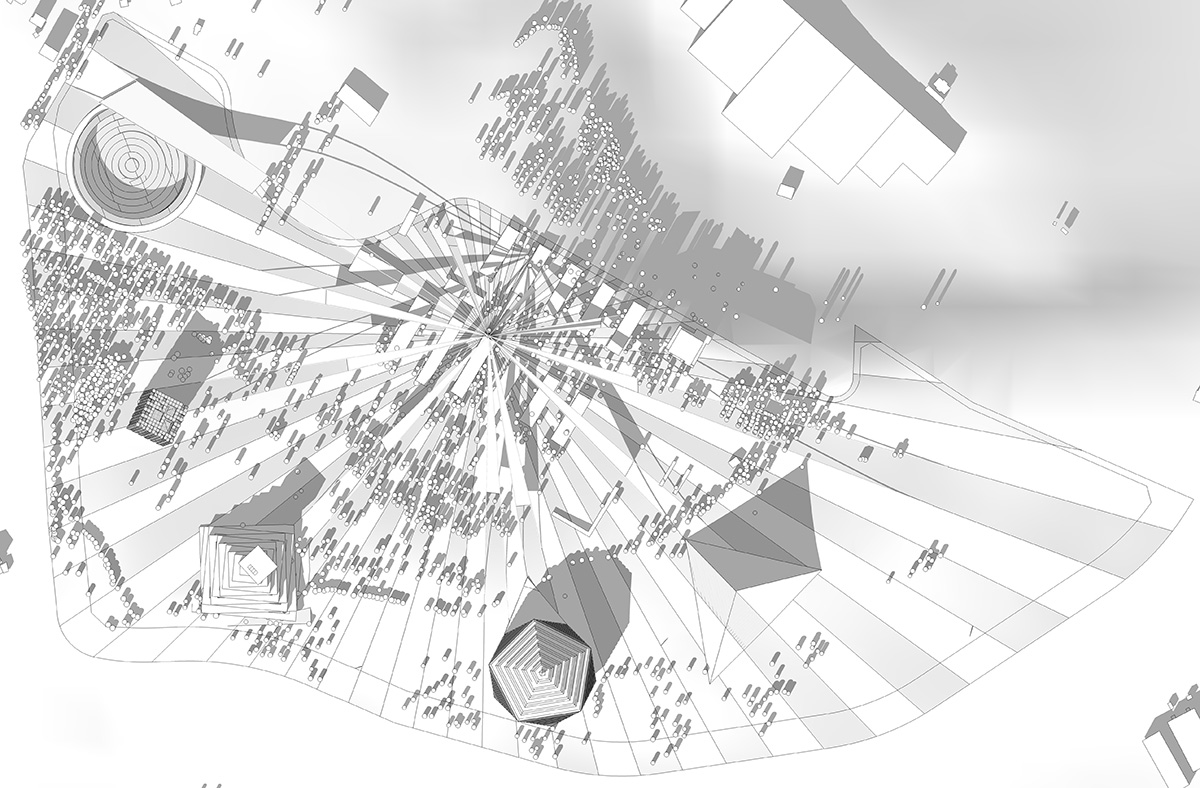