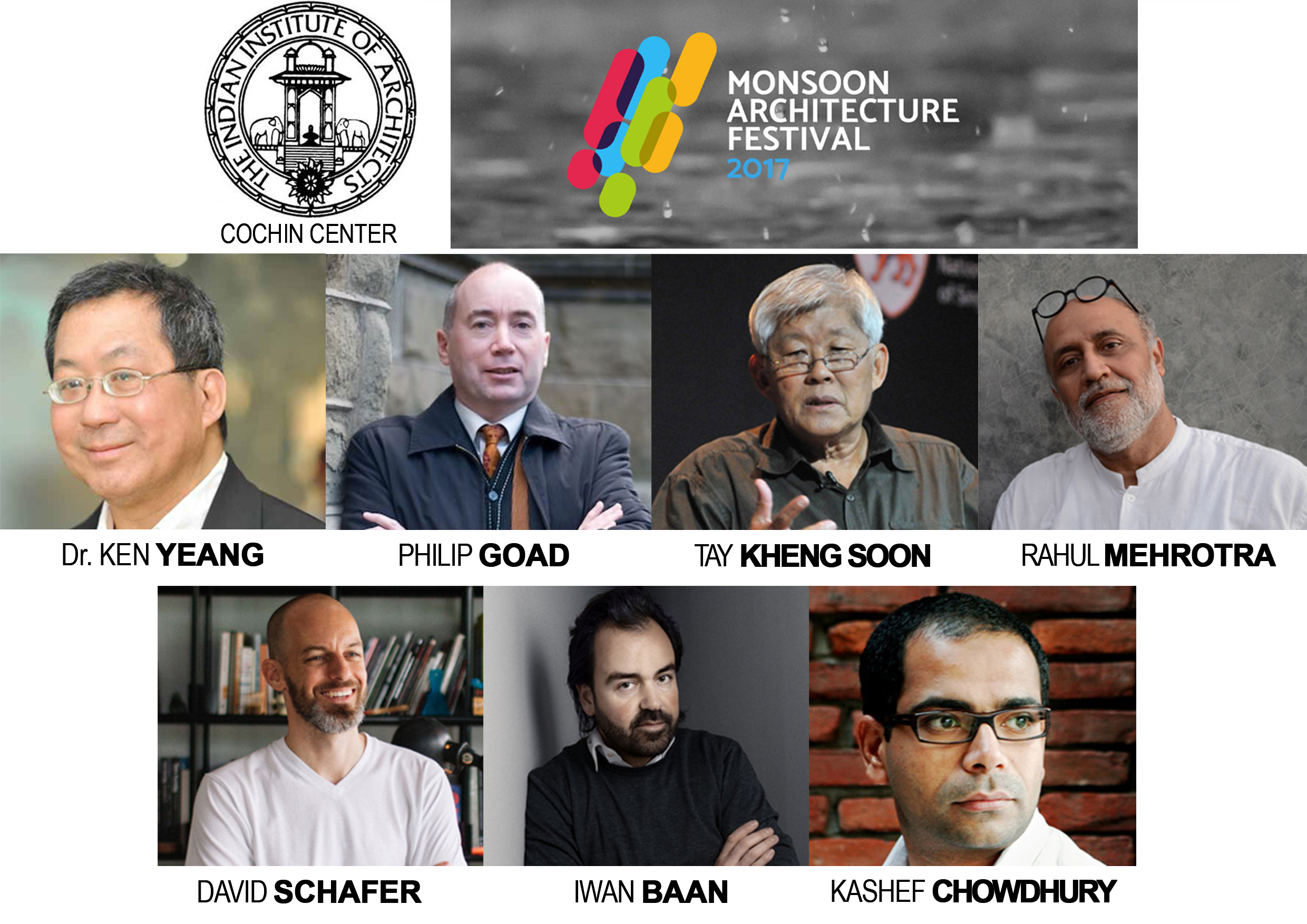 The Indian Institute of Architects (IIA) Cochin Center curated a series of events addressing the importance of architecture responding to the Tropical Monsoon regions. Chaired by architect VN Ramachandran, founding member of the Engineers Club in Cochin, this was a series well-crafted, adding to the integrity of IIA.

From the IIA Cochin Center:

''MAF (Monsoon Architecture Festival) is the grand culmination of the two year long Living Monsoon series that began in June 2015. Living Monsoon is the theme for the current tenure of IIA Cochin Center under the chairmanship of Architect V N Ramachandran.

It is a curated series of design talks and events that celebrates authentic architecture for the Tropical Monsoon region as defined by the Koppen Geiger Climatic classification. The quest is to deliberate on architecture that is true to its time and space and responds to the monsoon climate using passive intelligent design strategies, as well as speaks of its regional culture.

We have invited 12 international speakers from around the monsoon region during the last two years who have presented in Cochin. We are also coming up with a publication that compiles the learning from the design talks into a reference book for the architects and students alike.

We have organized the Monsoon Architecture Awards, the jury for which was held on April 8th and 9th, which sought works that responded to the region, climate and modern functionalism as well as social response. The winners will be announced at the MAF. MAF will host 7 international speakers for design talks, exhibitions, a sketching workshop by Ar. Peter Rich as well as a host of entertainment events and a monsoon food fest.''

Organizing the content and sequence of events for Living Monsoon was an exercise of academic bearing for the institute to equally benefit the profession, academics & research in the region.

Living Monsoon also had six Design Talks on architecture & urbanism, attempting to resolve the debate between standardized international Architecture and building appropriate to the climatic and societal conditions of monsoon regions.

The speakers included the likes of Bangladeshi Architect Marina Tabassum and Sri Lankan Architect Palinda kannangara who presented works which were true to the place, people & time. Held in Cochin between November 2015 and October 2016, their works served as examples that broke pre conceived design notions to let the project grow with its own context.

Events alongside this series were technical sessions, city level workshops, live projects, exhibitions and film screenings initiating meaningful engagement from the fraternity across the region.

''IIA Cochin’s current tenure ends by May and a successive team will be elected to carry on the batten. MAF will be the culminating event for this tenure'' said IIA Cochin Center.

The Monsoon Architecture Festival will be held on 21, 22 April 2017. You will find more details at Living Monsoon's website.