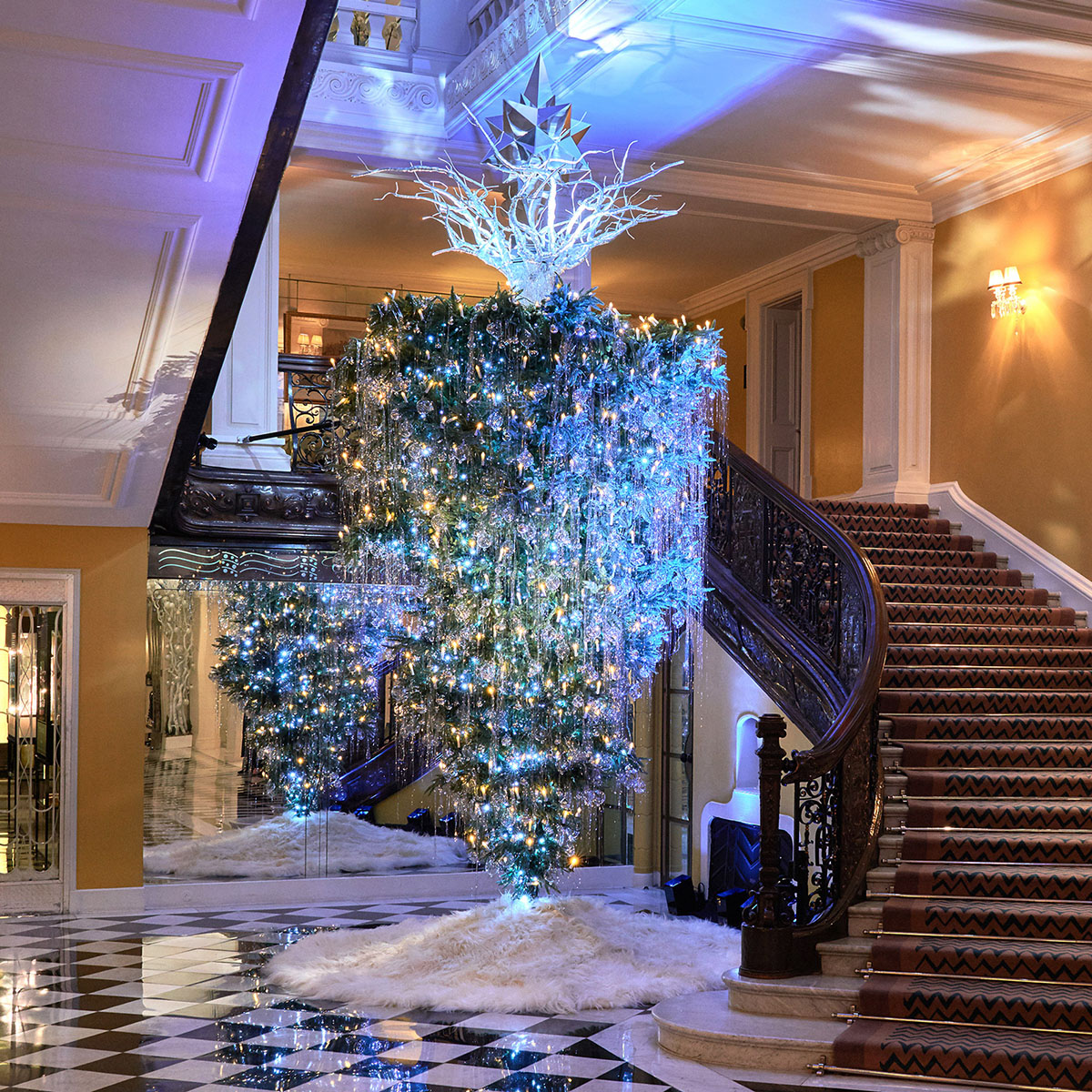 Widely regarded as one of the fashion world’s most influential creative forces, Lagerfeld has interpreted his childhood memories on this year's Claridge's festive installation, with a series of inverted spruce Christmas Trees placed around the hotel lobby.

The centrepiece is a sixteen foot high inverted tree with silver gilded roots topped with a multi-faceted mirrored star which reflects rays of magical light across the art deco lobby. 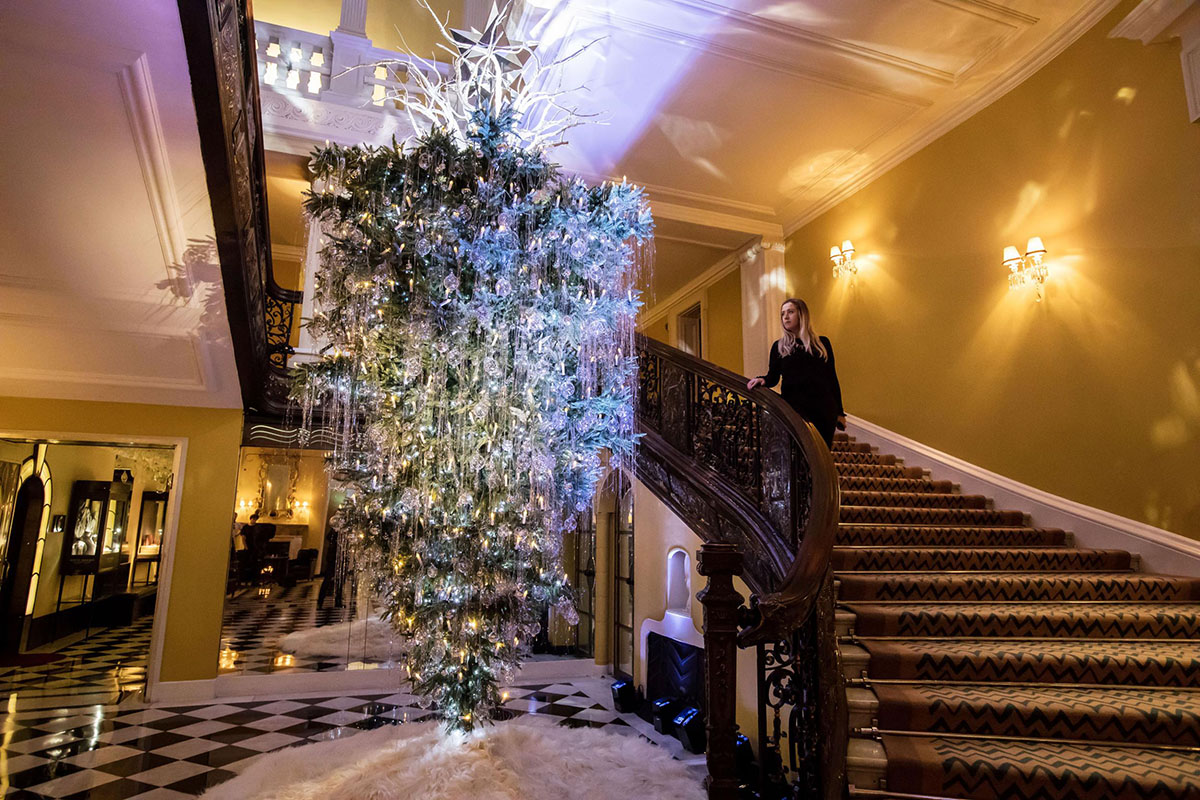 An inverted candlelit tree takes the place of Claridge’s famous central chandelier to add a touch of Christmas chic. The pure white linen cloths that cover the tables under the various trees are symbolic of a Christmas ritual that Lagerfeld’s mother would perform every year.

"Christmas trees are the strongest ‘souvenir’ of my happy childhood," said Karl Lagerfeld.

"We are honoured and delighted that Karl Lagerfeld agreed to design our annual Claridge’s Christmas Tree. We believe this magical take on his childhood memories captures the spirit of the season perfectly and adds a sense of fun and glamour to our lobby," said Claridge’s General Manager Paul Jackson. 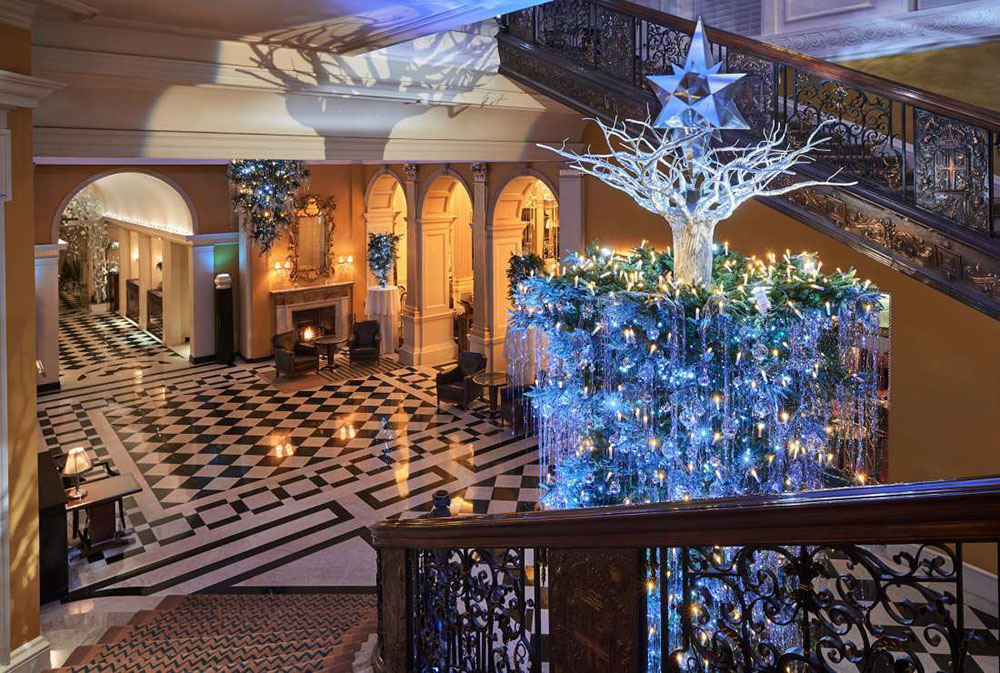 The Claridge’s Christmas Tree has long symbolised the start of the festive season in the capital, drawing visitors and Londoners alike to admire its magnificent design. This is the eighth year that Claridge’s has invited a creative visionary to reinterpret the tree in their own distinctive style.

All images courtesy of Claridge