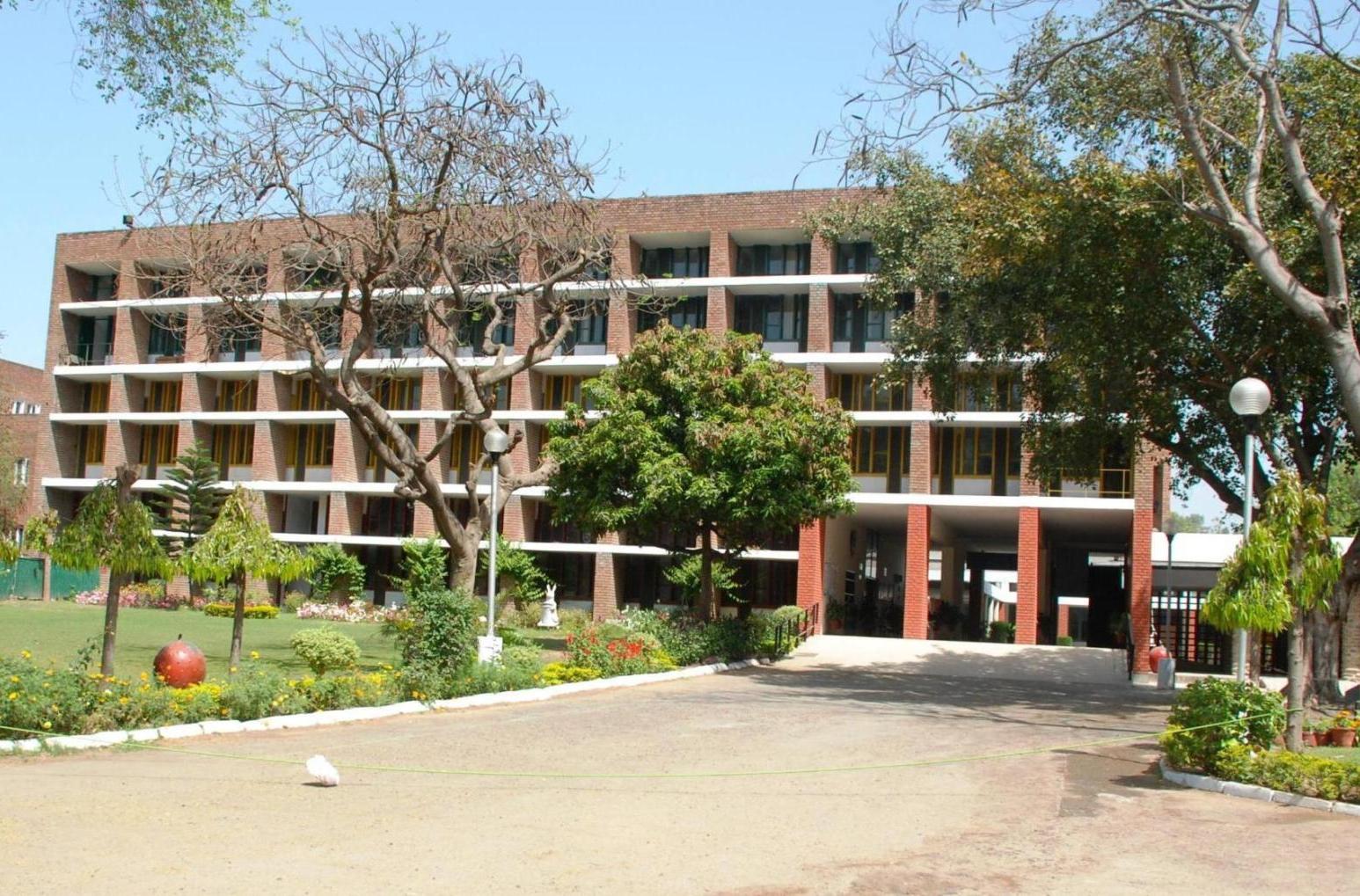 Urmila Eulie Chowdhury (1923-1995) was India's first qualified woman architect, a teacher, and a writer. Some historians believe that she was Asia's first qualified female architect. She graduated from the University of Sydney with Bachelor of Architecture in 1947. Earlier she earned a Cambridge School Certificate from the Windsor House School, Kobe, Japan. In addition, she learned singing and piano at the Conservatory of Music of the Julian Ashborn School of Art, Sydney, Australia, and also obtained a diploma in Ceramics in Englewood, New Jersey, USA.

Eulie Chowdhury was born in Shahjehanpur, Uttar Pradesh in 1923. Her father was a career diplomat so she travelled a lot throughout the world and was groomed as a multicultural and cosmopolitan woman. She worked for a brief period in United States and returned to India in 1951 to join the team of Le Corbusier, Pierre Jeanneret, Maxwell Fry and Jane Drew for designing of the Capital City of Chandigarh. During this period she was married to Jugal Kishore Chowdhury - a consulting architect with the Government of Punjab. 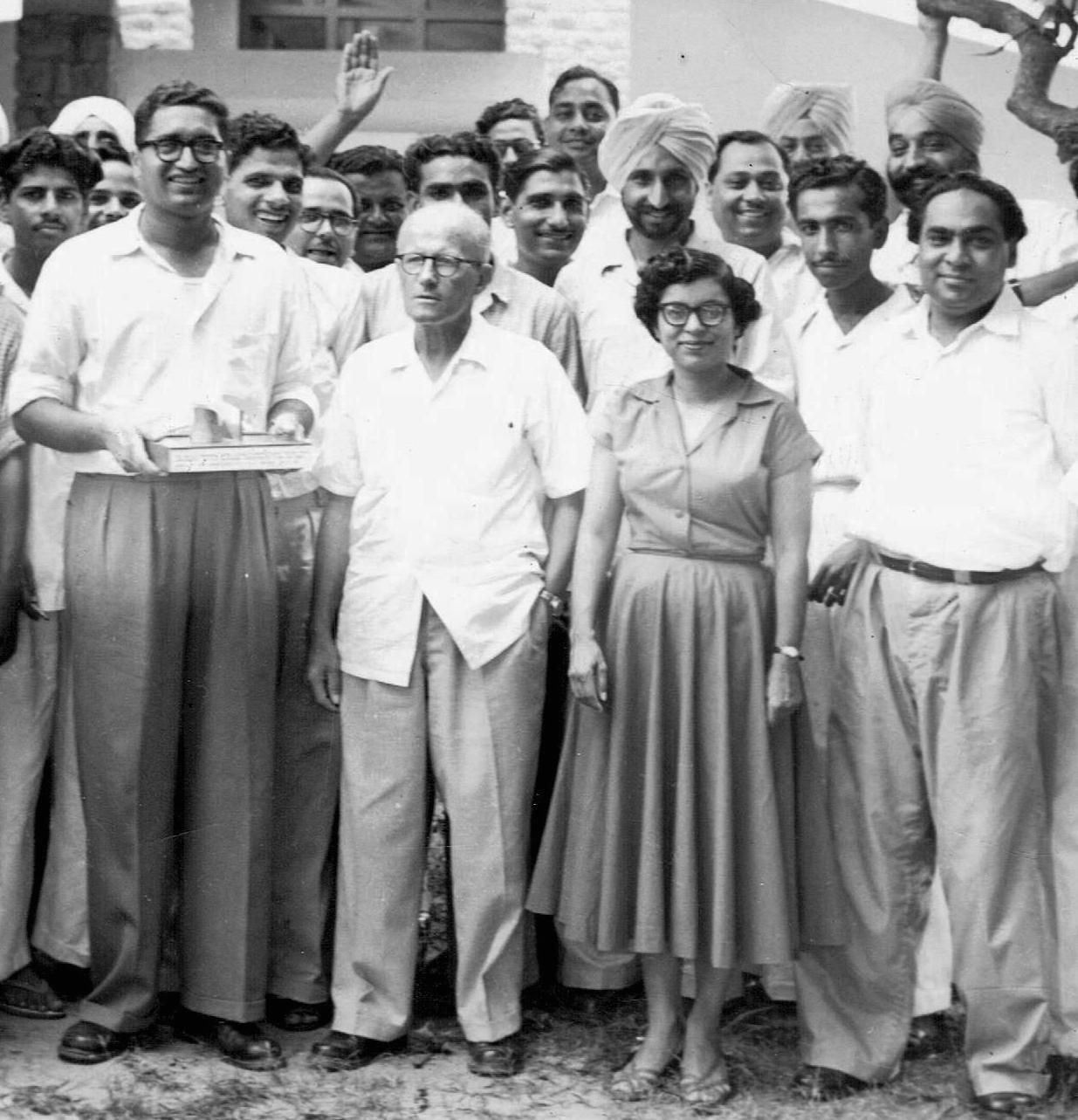 Urmila Eulie Chowdhury (second from right) with Pierre Jeanneret and other colleagues of the Chandigarh Capital Project. A 1960 photo courtesy of Prabhinder Lall

From 1951 to 1981 Eulie Chowdhury broadly remained in Chandigarh and worked on different positions except for 1963 to 1965 when she was entrusted the assignment of Director, School of Planning and Architecture, New Delhi. She worked as Chief Architect of Haryana from 1971 to 1976 and Chief Architect of Punjab from May 21, 1976 to October 31, 1981. In 1983, she established the Alliance Française de Chandigarh.

Eulie Chowdhury authored a book of memories of Le Corbusier titled, "Those Were The Days," and translated Le Corbusier's book, "Three Human Establishments," from French to English. Being very fluent in French, she acted as a communicator between Corbusier-Jeanneret, and Indian staff in  the Architecture Department. She was a regular contributor to many international architectural magazines such as Progressive Architecture, Architectural Design, and Casabella. 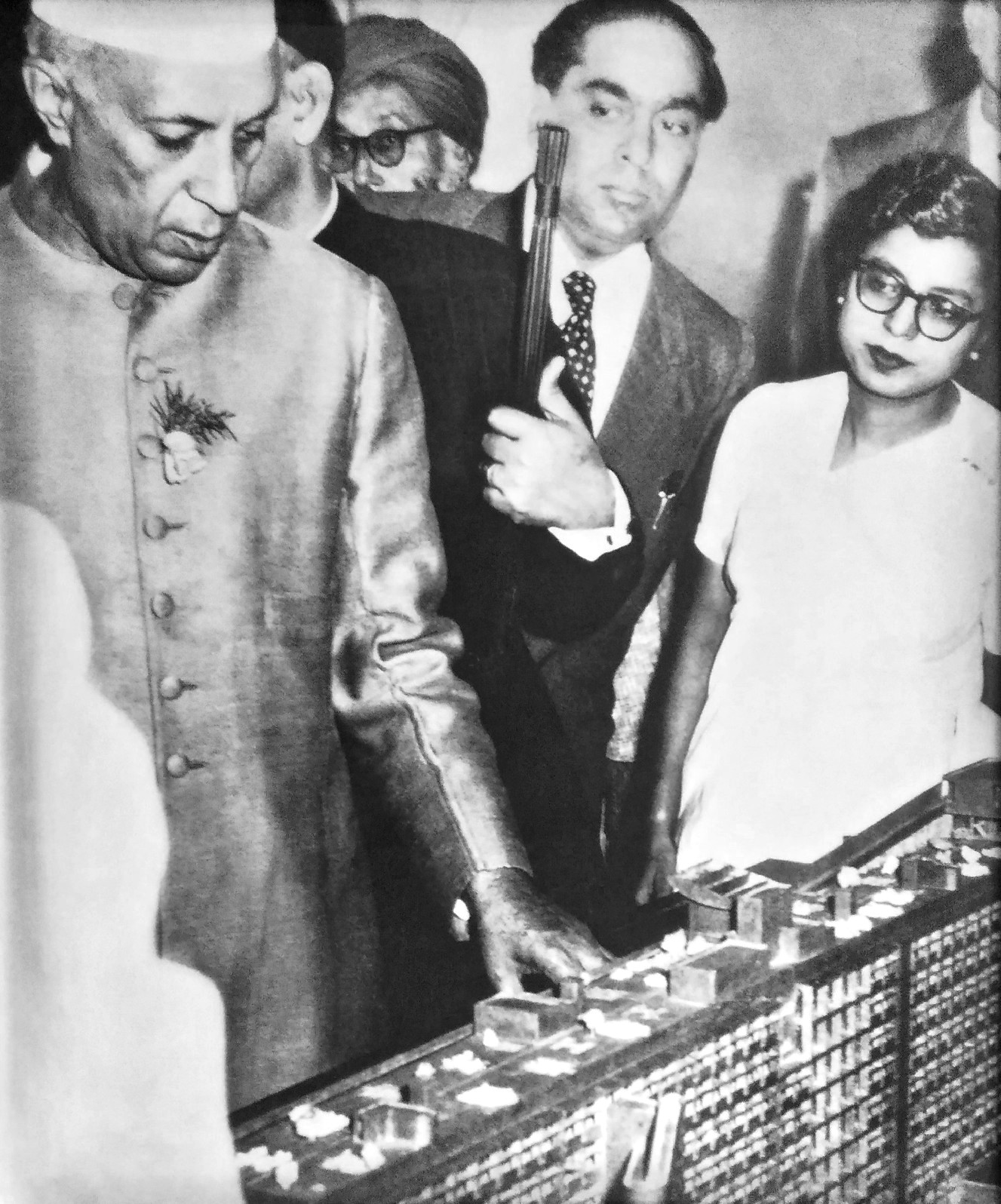 During her three decades of professional career in government service Eulie Chowdhury worked on several projects. Initially she worked in close association with Le Corbusier and Pierre Jeanneret. When Corbusier was working on the Capitol Complex of Chandigarh, Eulie Chowdhury helped him to prepare drawings of Tower of Shadows, Geometric Hill, Martyrs' Memorial and Extension of High Court building which was necessitated just after the completion of the main building. 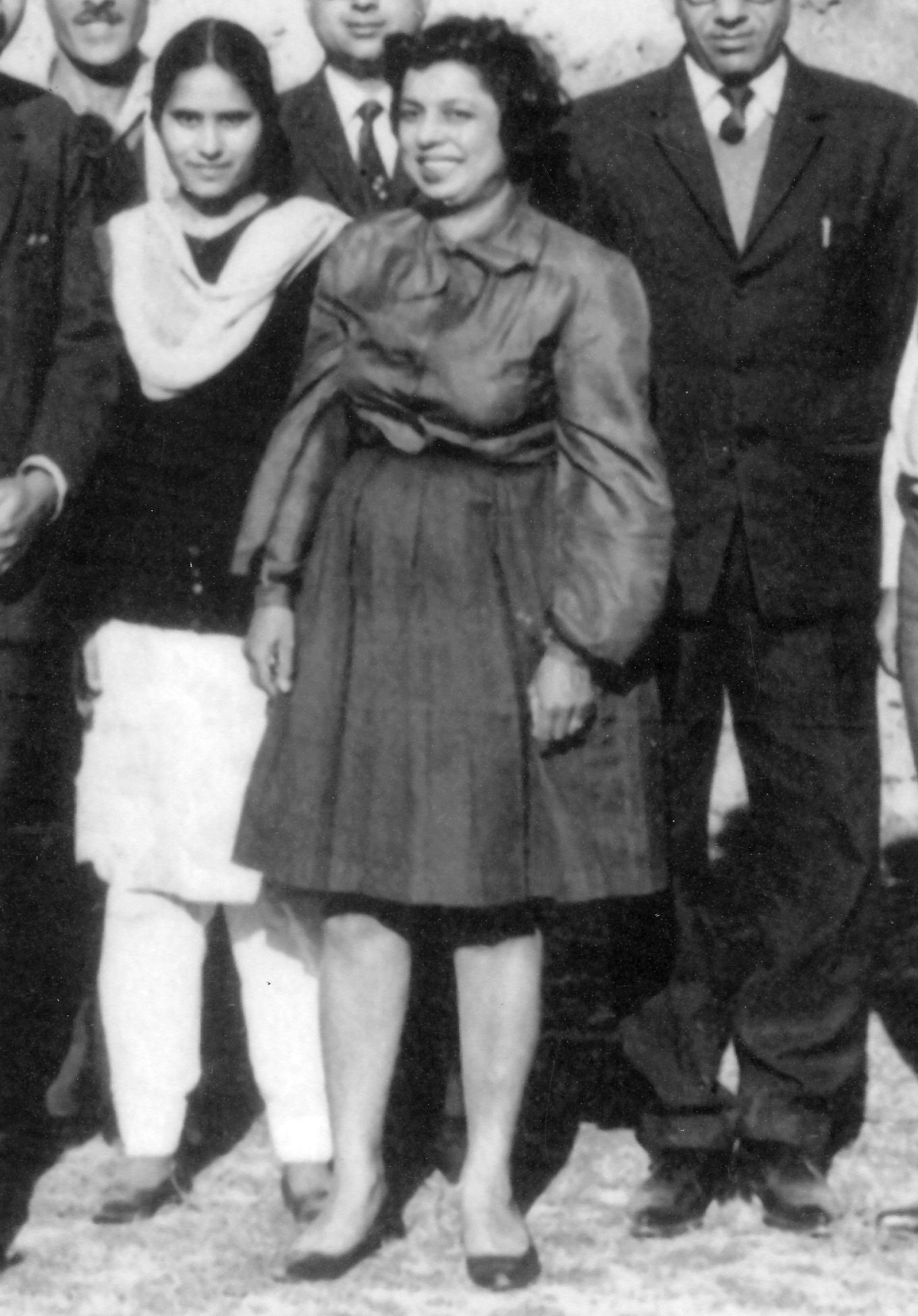 Thereafter in the mid sixties when Le Corbusier and Pierre Jeanneret had left Chandigarh, Eulie Chowdhury designed many buildings in Chandigarh. Prominent among these are Government Polytechnic College for Women in Sector 10, Home Science College, Sector 10, Multi-storied Government Housing in Sector 35, Government Schools in Sector 20, 37, and 38. 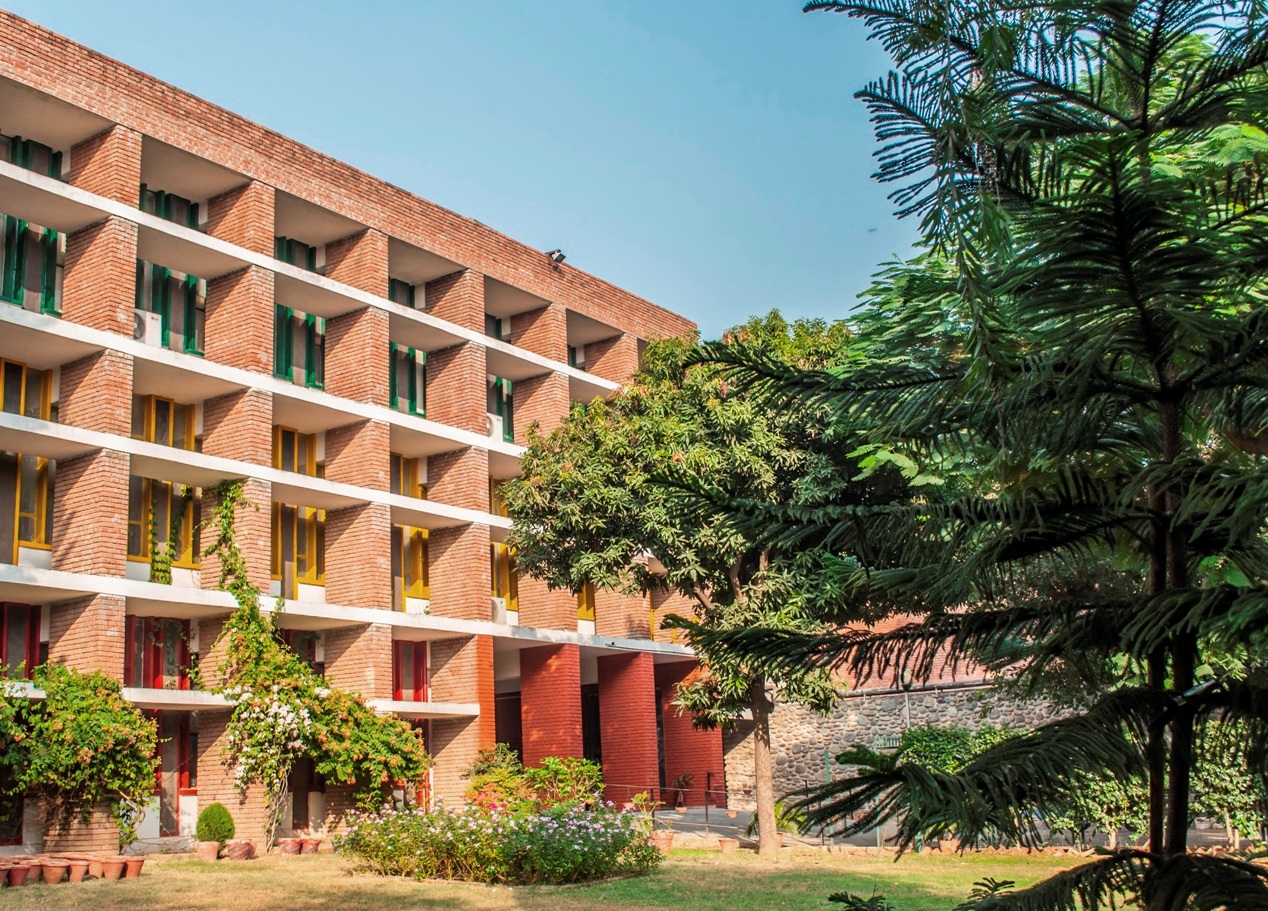 Apart from Chandigarh, Eulie Chowdhury worked on many projects in Talwara Township in Punjab. These include General Hospital, Field Hostel, Staff Hostel, and many types of government housing. During her tenure as Chief Architect of Punjab from May 21, 1976 to October 31,1981, Eulie Chowdhury steered the pace of development in the state. She acted as a torch-bearer to carry forward the legacy of Le Corbusier and Pierre Jeanneret.

Eulie Chowdhury's architecture bear the footprints of more of Pierre Jeanneret and less of Le Corbusier. Her architecture had the ingredients of purity, simplicity, truthfulness, humbleness, minimalism, and economy. An overview of her buildings proves the above discourse true. She was more fascinated by the use of brick on external surfaces, occasionally punctuated by plastered and white-washed surfaces. Unlike Le Corbusier, she very rarely designed buildings in exposed concrete. 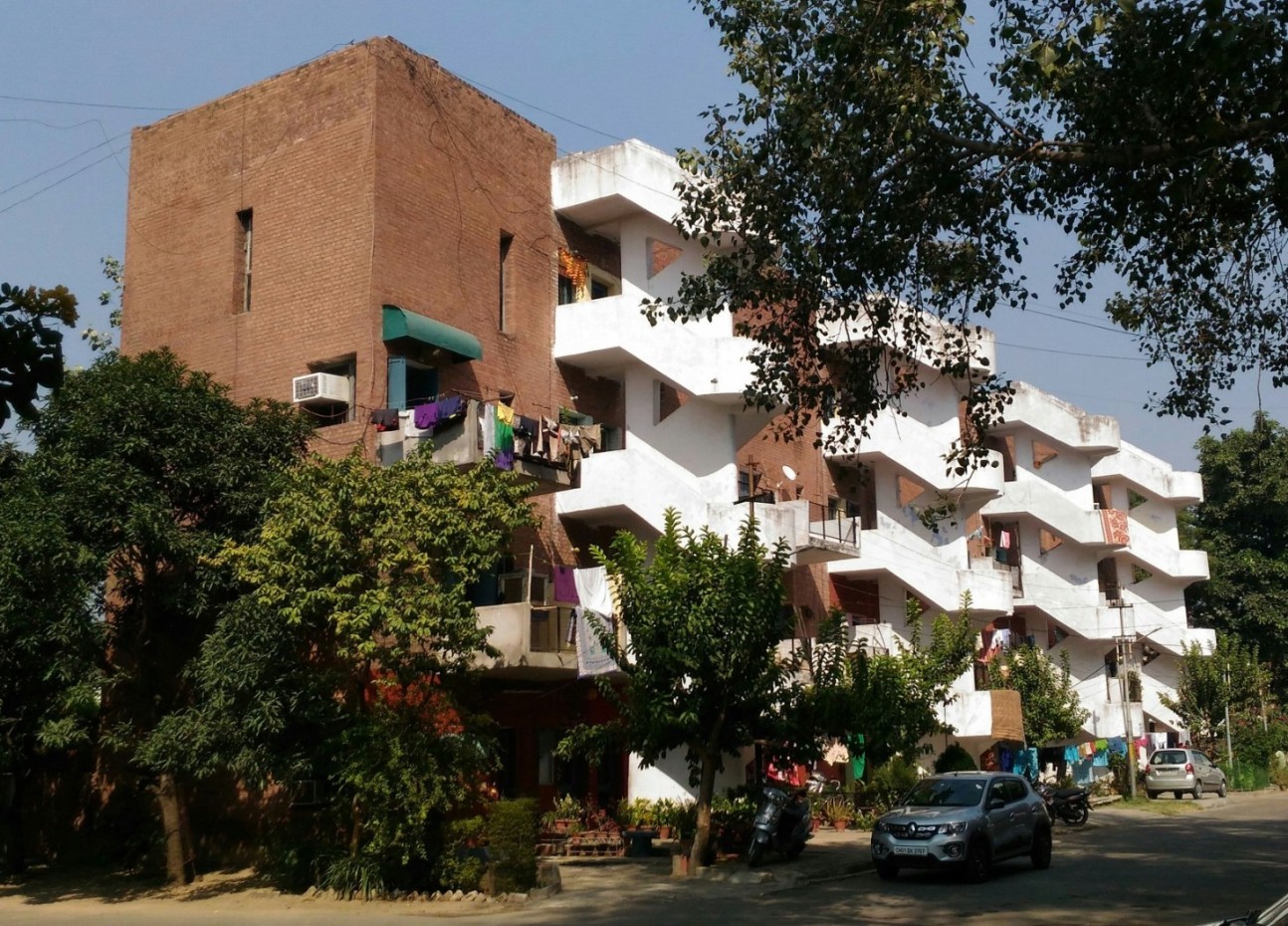 I am privileged to have worked with Eulie Chowdhury. It was in March 1980 when I joined the Department of Architecture, Punjab as an Assistant Architect. I was posted in the Head Office at Chandigarh and was attached to Architect Amar Rajinder Singh who was working directly under Eulie Chowdhury - then Chief Architect of Punjab.

I was the youngest architect of less than 23 years of age, while Eulie Chowdhury was about 57 years old at that time. I was very excited to work under her especially when I learned that she was very closely associated with Le Corbusier, Pierre Jeanneret, Jane Drew and Maxwell Fry when they were designing the capital city of Chandigarh. I was not aware at that time that she was India's (or perhaps Asia's) first woman architect. 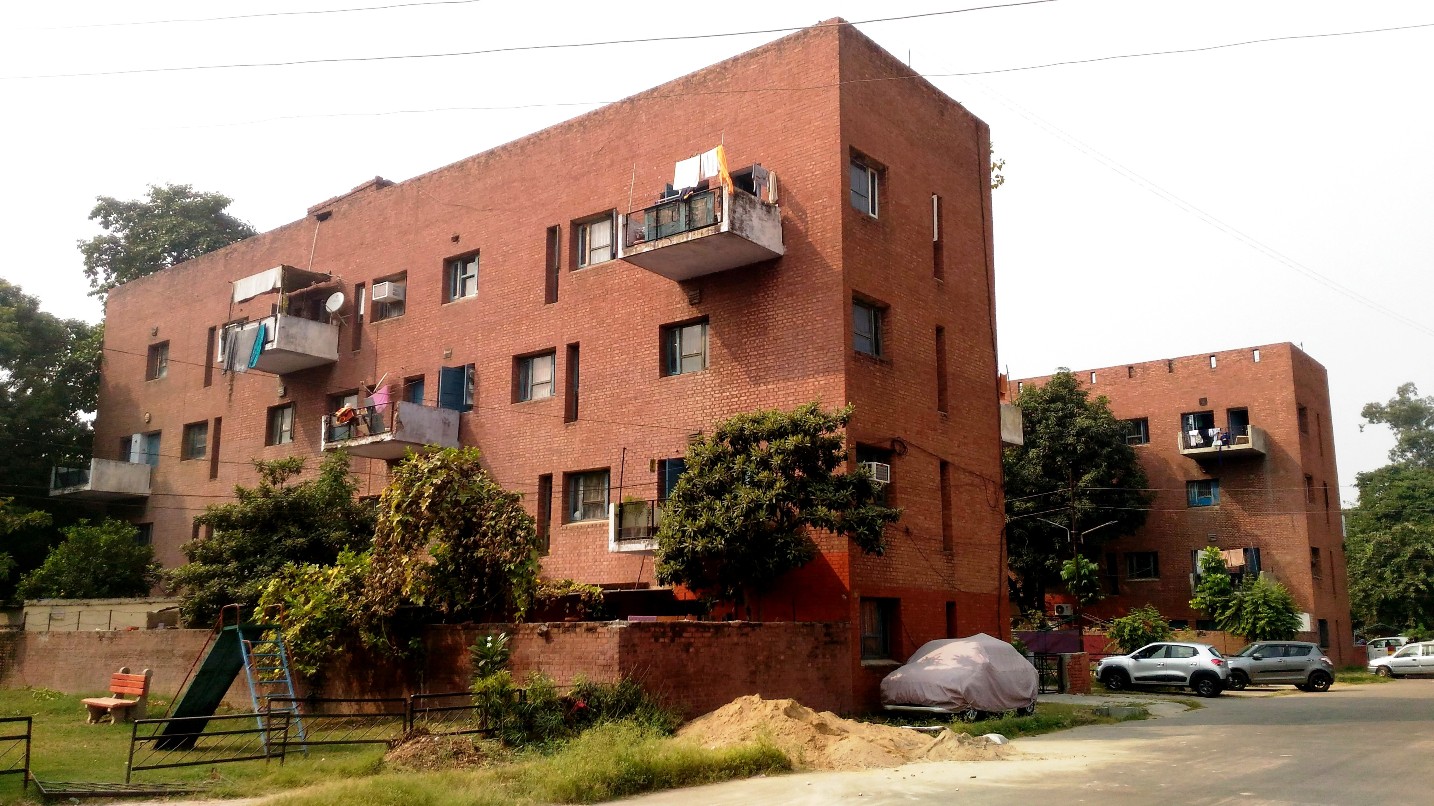 My association with Eulie Chowdhury remained for a brief period of about one-and-a-half years till October 1981 when she retired from government service. During this period I found her most disciplined, very hard task master, and thorough professional fully focussed on architecture. Never ever we found her deviating from the main subject even for a few minutes. Whenever we were to meet her to show some drawings, we had to send a request slip to her room and then we were called inside at her convenience so as not to distract her from the work in her hand.

We used to prepare architectural working drawing with pencil on gateway tracing paper at that time. Eulie Chowdhury was in the habit of checking our drawings very meticulously. Many a times she used to cross-check the hand written dimensions given on the drawings and doing totals of the same to rule out any ambiguity at construction stage. If the drawing was very thinly drawn and filled with lot of information, she used to check it with magnifying glass which was an important tool always in her possession. In case she had some observation that needed to be corrected or incorporated in the drawing, she used to write those points very minutely on the margin of the drawing so that the main drawing did not get spoiled in the process. Such was her way of working. 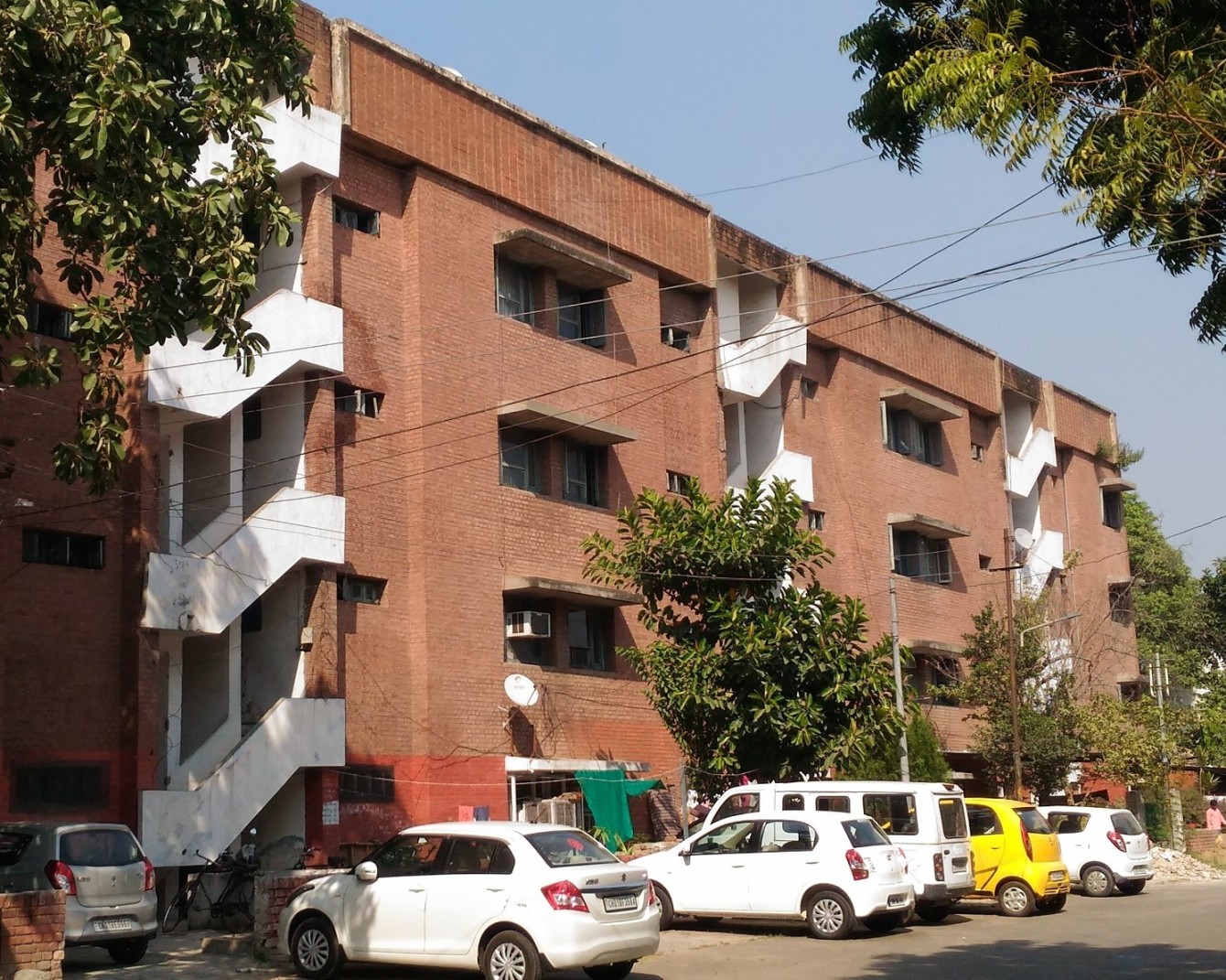 So devoted she was to her work that on the day of her retirement on October 31, 1981 nearly at 4.30 PM (when office timing was up to 5.00 PM) we all architects gathered and took liberty to enter her room without sending request slip (perhaps for the first time) and asked her, "Ma'am please come along with us up to the official car... we want to bid a farewell to you." She said, "Just a minute..."She was writing a note on a file and when she finished her writing she smiled at us and accompanied us downstairs to her official car. She sat in it and we pushed the car from behind in a gesture of gratitude.

After her retirement I met Eulie Chowdhury in March 1990. It was a chance meeting. I was going to the Punjab Civil Secretariat for a meeting on my scooter and stopped in between at MLA Hostel Petrol Pump for refuelling. Suddenly I saw Eulie Chowdhury  getting her car refuelled. I could not stop myself and walked up to her to pay my regards. When I wished her, "Good morning ma'am" she first stared at me and then twisted her wrist to have a look at her watch. As usual, very authoritatively, she looked at me and said, "It is already 10.30, where are you roaming about? Why you are not in office?" Very humbly, I told her, "Ma'am I am going to attend a meeting in the Secretariat." Visibly satisfied with my answer she said, "Okay...okay... how are you..?" She was such a disciplined person. 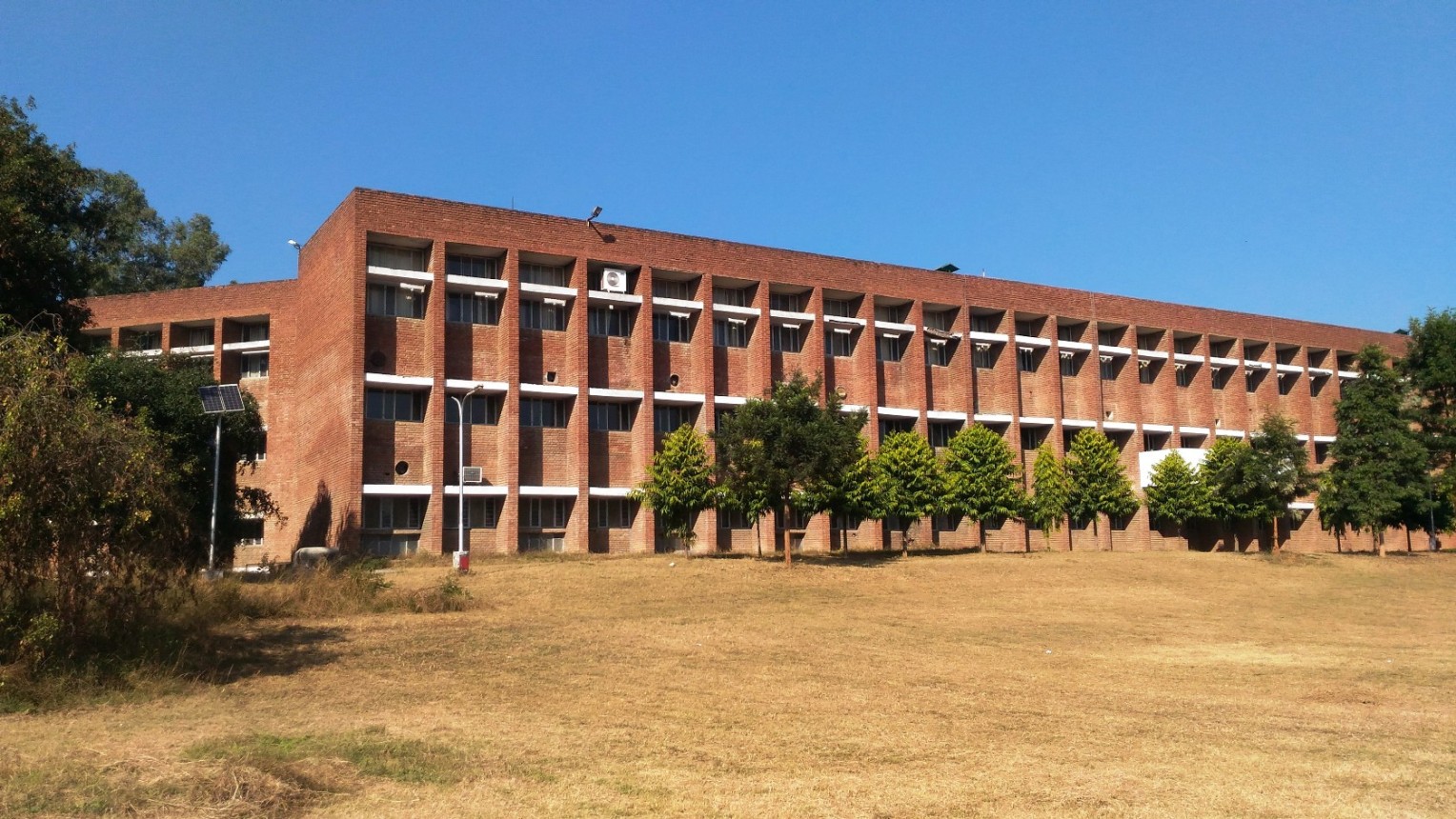 My last meeting with her was in September 1992 when me and my brothers Surinder Bahga and Yashinder Bahga were finalising the text of our first book, "Modern Architecture in India: Post Independence Perspective." We wanted to take her blessings for our maiden venture. Knowing her habit, we tried to take prior appointment but that didn't materialise due to communication gap. We took a chance and straightway went to her house. When we rang the doorbell she came out and asked the obvious question, "Why didn't you take prior appointment?" We conveyed our regret and to our satisfaction she paid us a little patience and listened to us briefly but never responded further. We came back a bit disappointed.

After about ten days we unexpectedly received a post card from her. In this tiny piece of communication she had applauded our efforts by writing, "I understand it is a herculean task to write such a book... I convey my best wishes to you for its success." The communique was though very brief but it gave us strength and encouragement to pursue our goal more vigorously. With the blessings of Urmila Eulie Chowdhury and Jane Drew (who wrote Foreword to this book) we succeeded in our venture. Thereafter we never met her though we were curiously following her articles being published regularly in 'The Tribune' till her death in September 20, 1995. 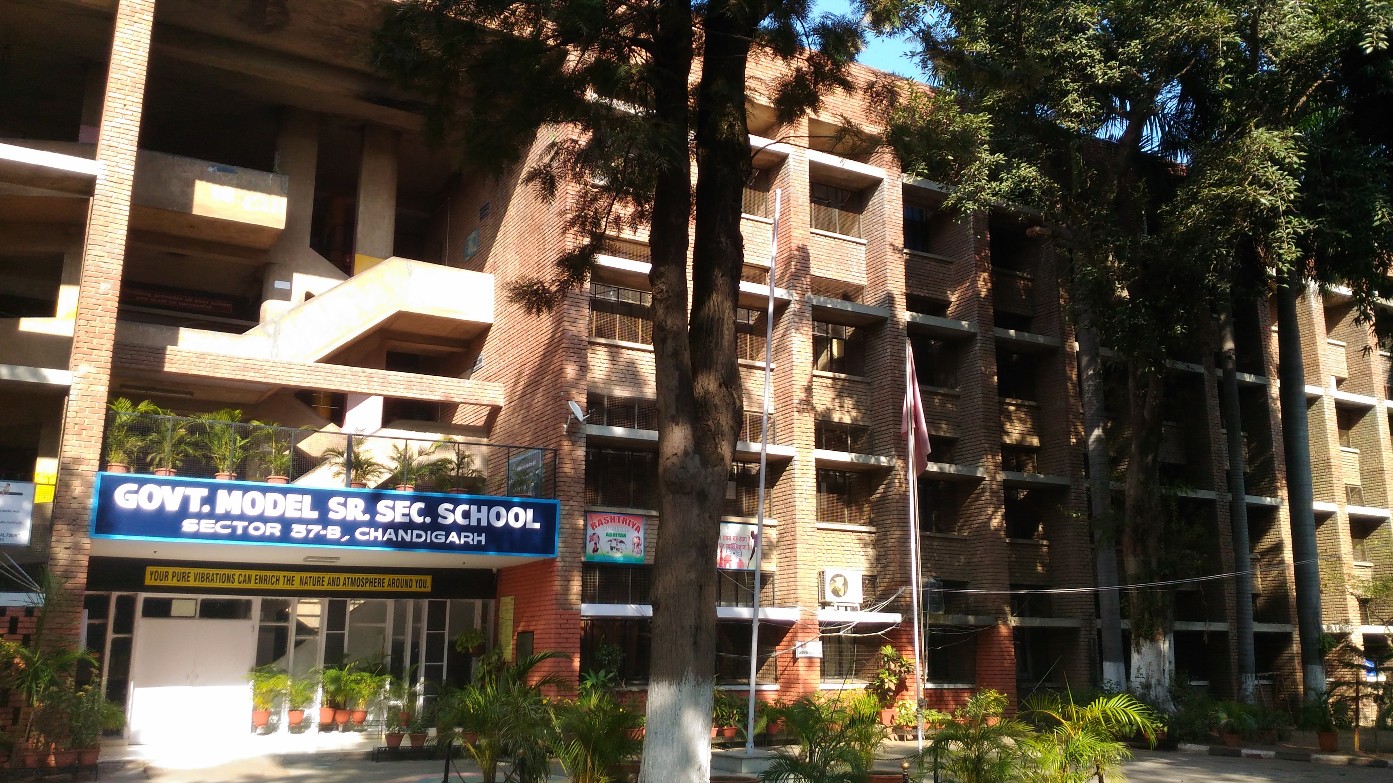 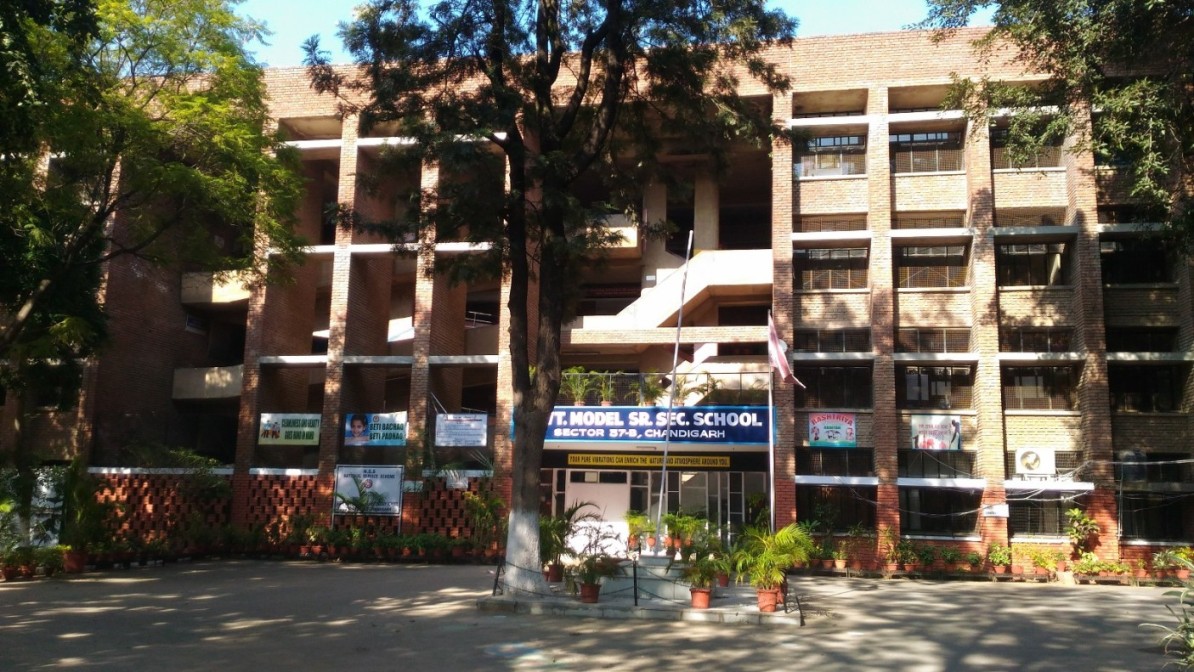 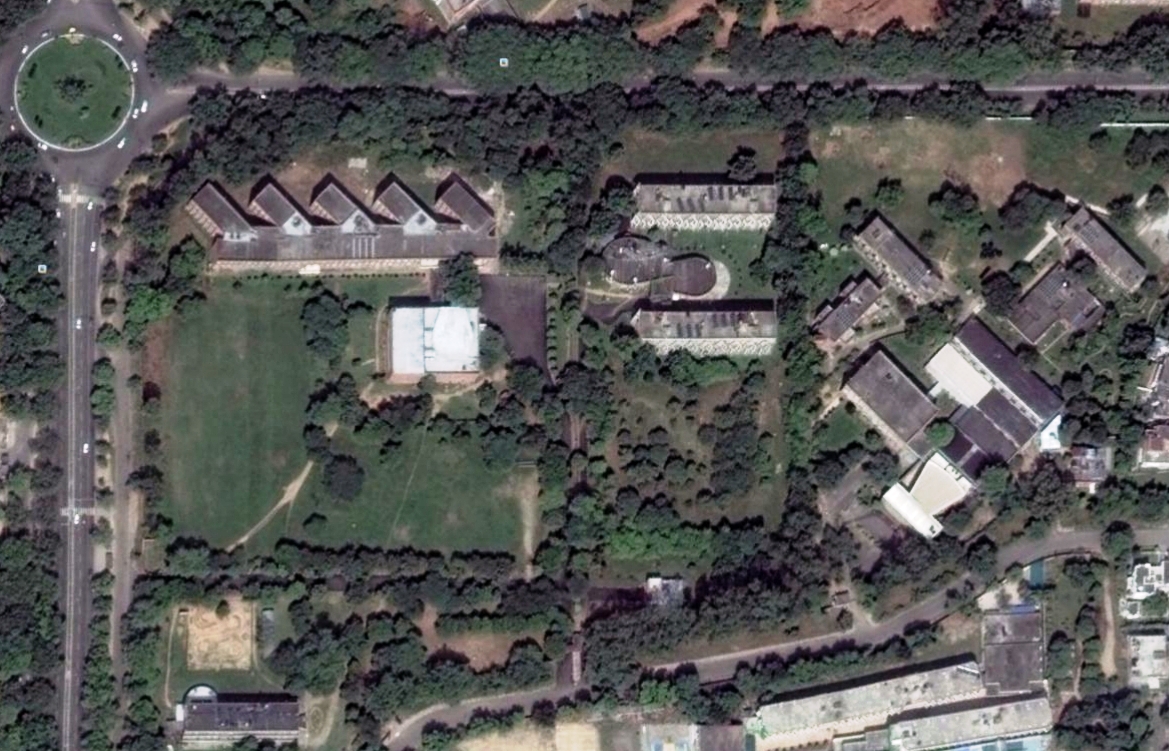 All images courtesy of Sarbjit Bahga except where mentioned