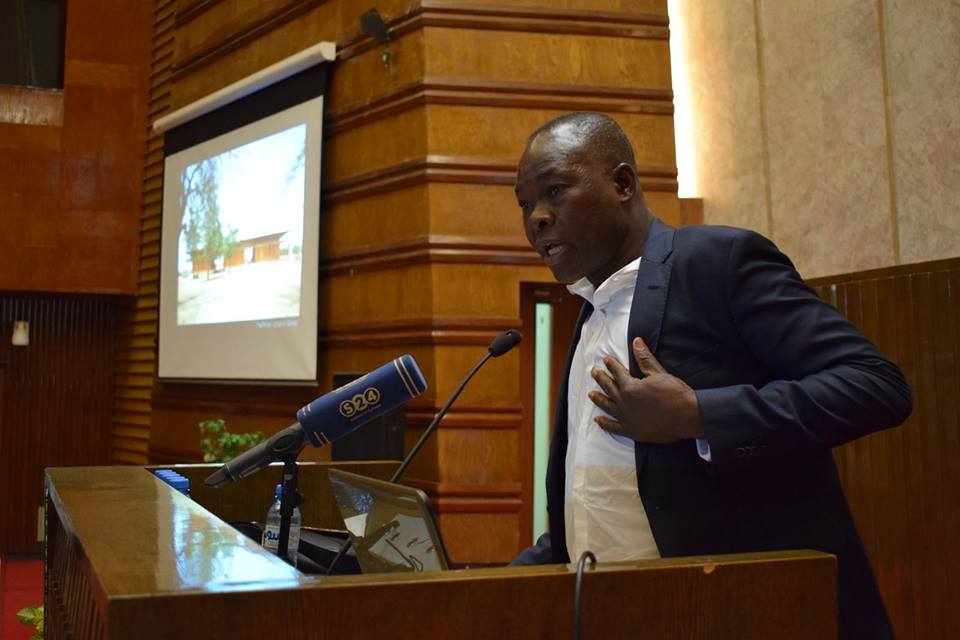 Diébédo Francis Kéré, the Aga Khan Award winner for Architecture (2004) and the designer of Serpentine Pavilion for 2017, visited Sudan this December, to follow the progress of the Meroe Royal Baths Protective Shelter project, a historical site excavated in 1912.

The Importance of the visit comes from the dialogue regarding the Sudan history that has been conducted locally in Sudan lately; a project like this can affect the touristic scene in Sudan since it’s the first of its kind in the area.

"The Baths themselves are considered very valuable since its the only one in Sudan and  having a Romanian style building in central Africa isn't common that shows the relationship between the Mediterranean and Africa", said Dr. Salah Mohammed Ahmed, representitor of  Qatar-Sudan Archaeological Project.

The Baths are believed to have serviced two nearby palaces from the great Kingdom of Kush as part of a complex dating back to the first century AD. The ancient city of Meroe today is marked by temples, palaces and more than two hundred pyramids, which were listed as a UNESCO World Heritage Site in 2011.

Kéré described the Royal baths as "exciting to see what people were able to do, like the piping system used to transporting water" told exclusively World Architecture Community Reporter Zainab Gaafar - a historical location with this value makes this project very important so it can protect the artifacts and building remains.

Kéré architects won first place in a competition announced by Qatar-Sudan Archaeological Project, the German Archeological Institute and the National Corporation for Antiquities and Museums (NCAM).

During the visit Kéré and his team visited the project site and the nearby town of Shundi to understand more about the materials used locally, labor market and construction techniques as well as to understand the neighbors of the site and their technical capacity.

Speaking to World Architecture Community's Sudan Reporter Zainab Gaafar, Kéré said that construction work will start in 2019 and during this year, Kéré Architects will conduct thorough research that Kéré described as a "dialog" to explore, talk, meet and discover and then design to adapt the primary design to the local economic and social context, besides that, they will develop the design in detail, build prototypes and gather information to develop the best construction methods that are suitable to Sudan. 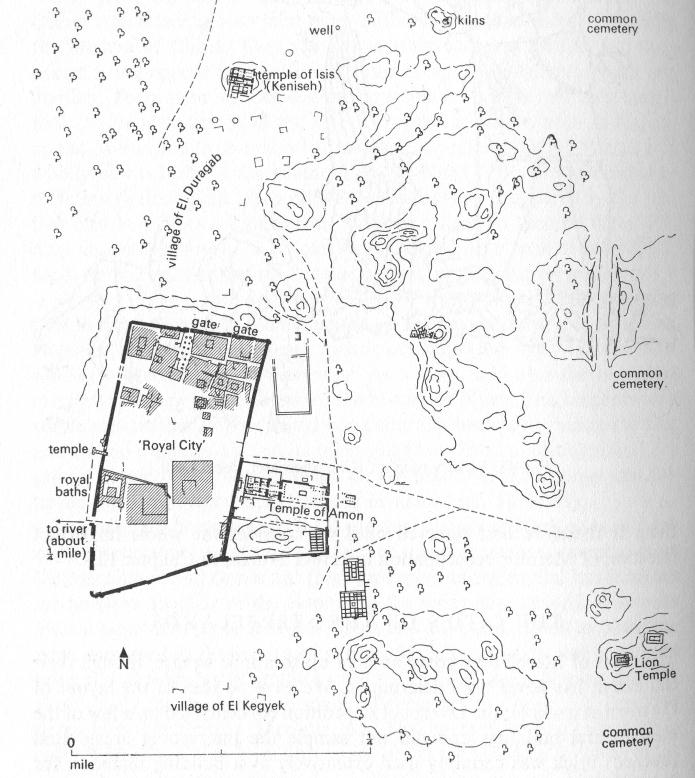 Above image shows a historical reconstruction of the city of Meroe, around 100 A.D. From, "The Capital of Kush" via Sundiata, image courtesy of Wild Fire Games

Because of the location of the construction site and the fragility of the historical antiquities, it presents a big challenge for Kéré to consider when building this establishment, but with the assistance of the German Archeological Institute and the National Corporation for Antiquities and Museums, Kéré believes that they will come up with great solutions for the structure that will not harm anything. 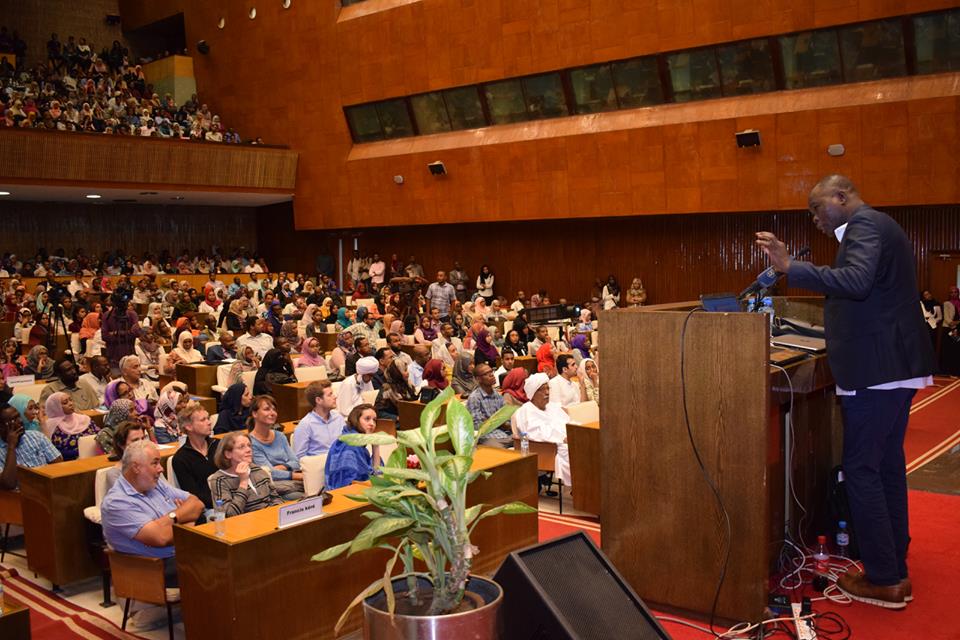 On the 17th of December, Kere presented a public talk organized by the Sudan Architecture Forum, the biggest local public platform for architects here and Sudan. It was sponsored by DAL Group, ARCANE for Sustainable Solutions, MAHGOUB SONS Groups and with the assistance of NCAM and The Ministry of Building and Physical planning.

The event received great attention from both architecture and non-architecture communities and it was attended by over 1200 visitors including the German ambassador, who spoke on the event day and expressed his happiness to see this number of young eager people for knowledge. 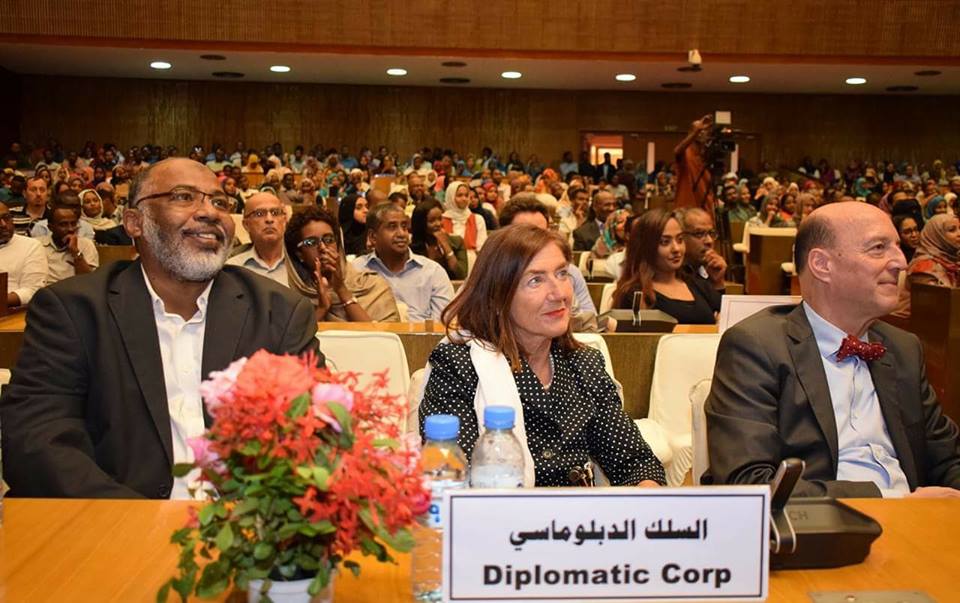 During the lecture, a film made by SAF was presented showing a group of Sudanese Architects, architecture students and University instructors explaining about Kéré's work, how do they believe it's changing the global architecture scene and how they personally preserve his work, afterwards Kéré gave a talk where he described his work, his theories and philosophies as well as the project he is currently working on here in Sudan.

He also described his work in Burkina Faso, how he incorporated the human factor in designing and building. "Everywhere we go its about the people" said Kéré, an experience that might be imported to Sudan even though Kéré believes he is the one who is going to learn from this experience.

The audience were excited by the end had a great number of questions about his ideas, construction methods for his designs. 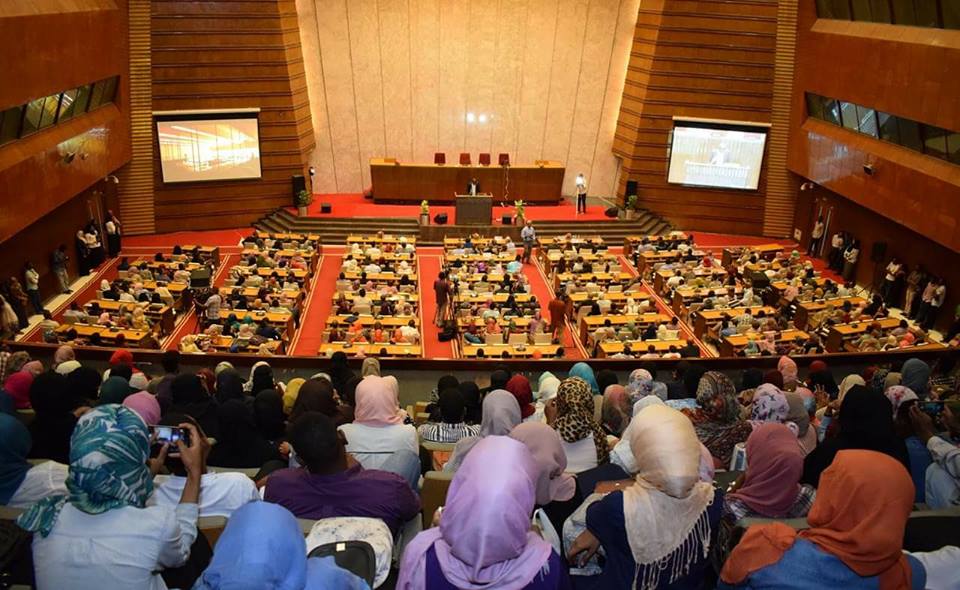 A project designed by a world renowned architect like Kéré can be very valuable for a country like Sudan, with the political and economic situation, it can bring good opportunities and improve the touristic flow. Hopefully it will be followed with more similar projects.