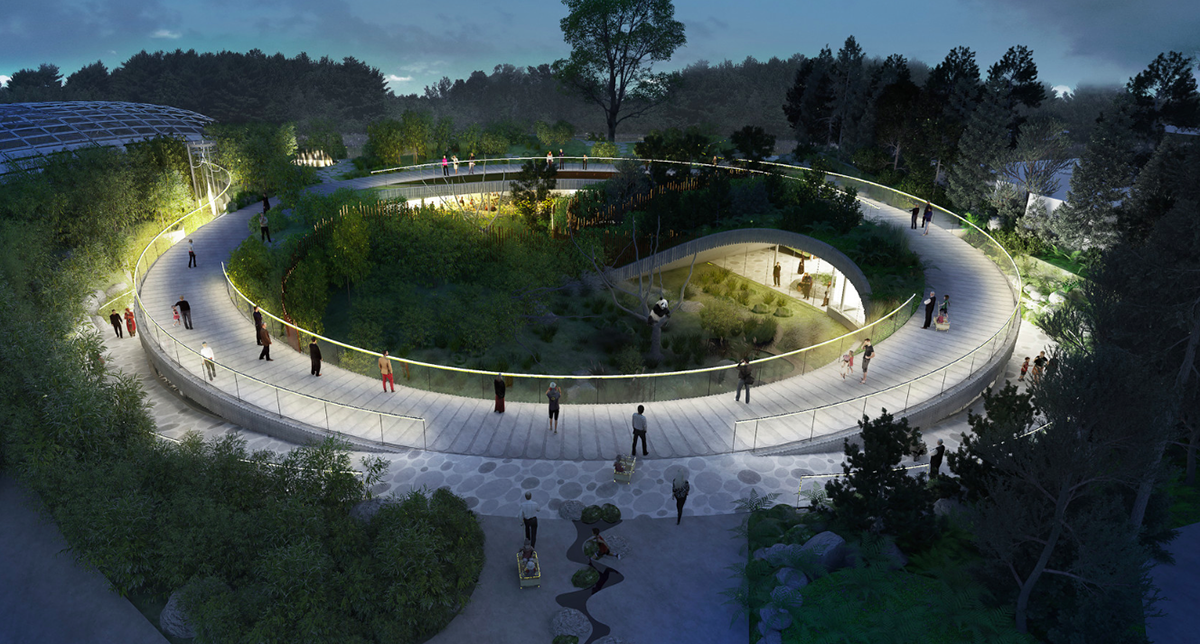 Bjarke Ingel's firm BIG has revealed new images of design for panda world and it will be a new home of Pandas for Copenhagen Zoo. BIG teamed up with Schønherr Landscape Architects and MOE to create a house to the species which are under main threats to extinction. BIG proposed a fluid-circular form for design -befitting the site perfectly between existing buildings and enabling the literal yin-yang symbol to create separate enclosures for male and female pandas. 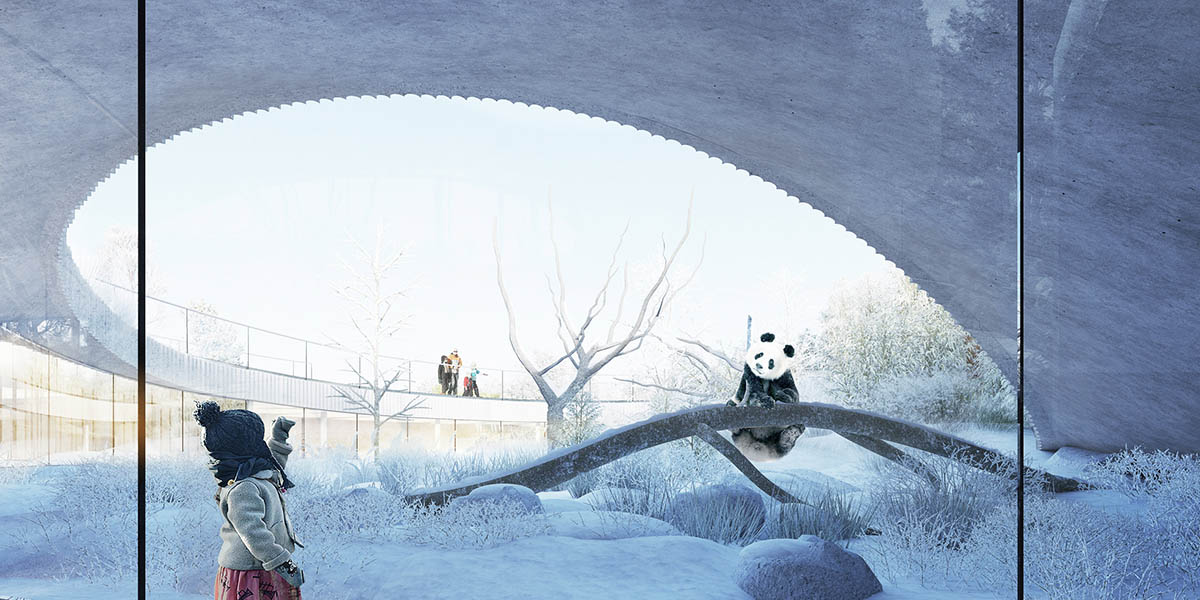 The team's sinuous design radically responds a habitat loss and fragmentation in the world by providing a safe and contiguous environment that is also conducive for reproduction. 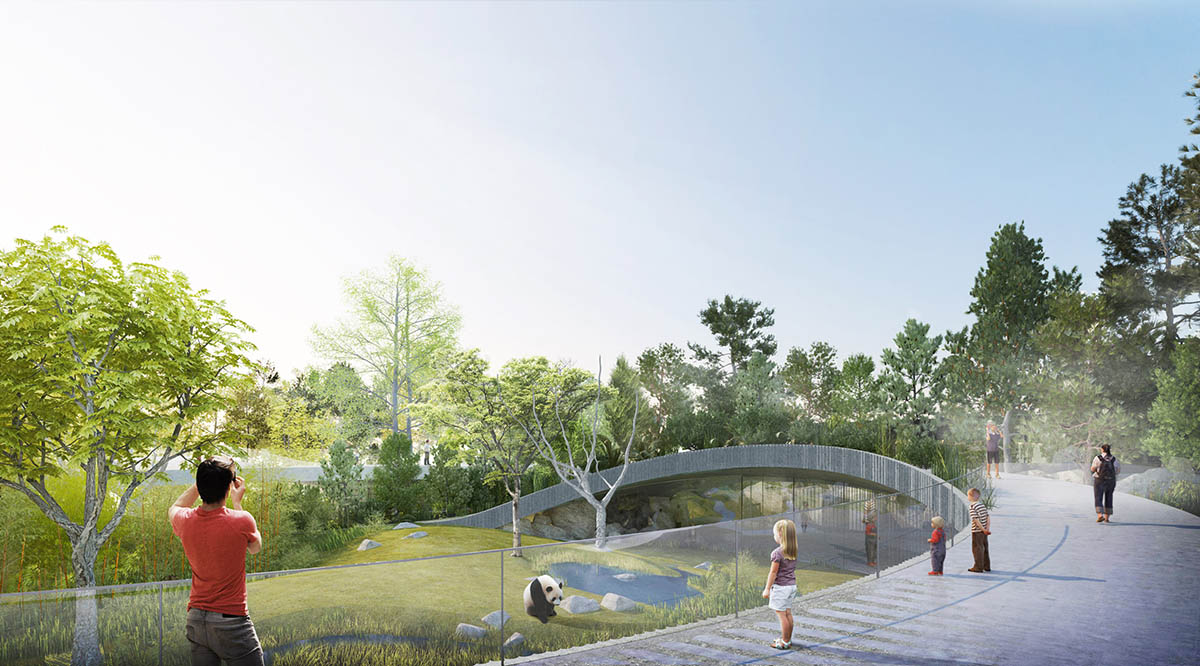 ''The architectural parts of the earth are then lifted from either side of the ''yin'' and ''yang'' to form space for stables belowground, simultaneously creating an incline to naturally face the pandas toward the audience,'' said BIG. 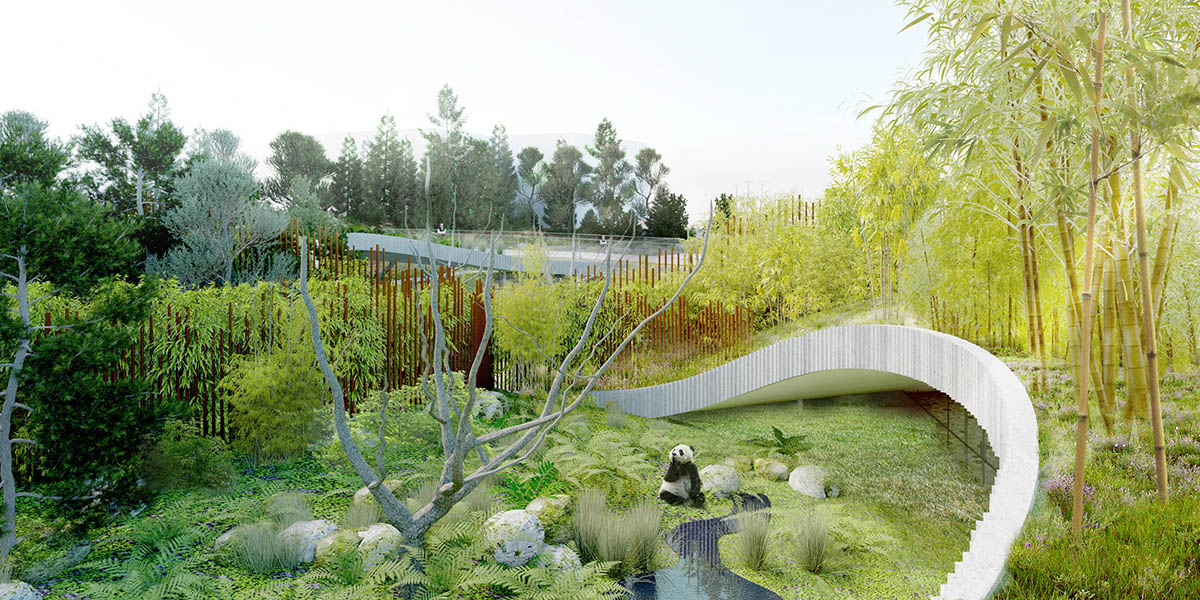 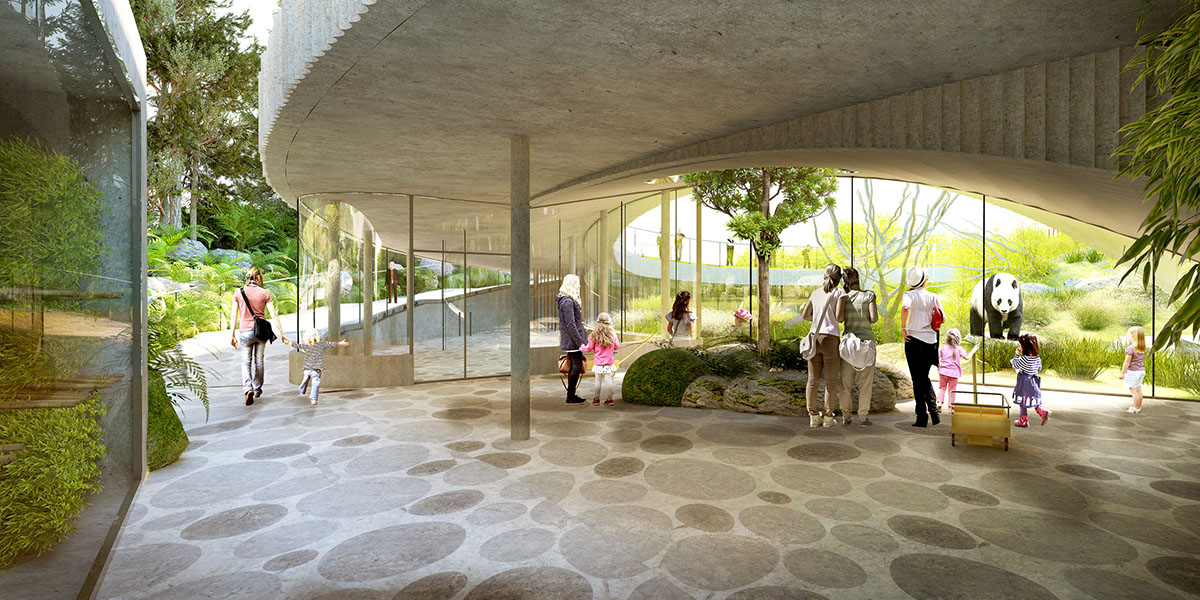 All interior functions are designed to have the lush landscape at eye level-engaging the visitor's sense of wildlife and immersion within nature. The ground floor of Panda House also encompasses a restaurant, located between the elephants and the pandas-visitors can dine while observing both animals simultaneously.

''Architecture is like portraiture. To design a home for someone is like capturing their essence, their character and personality in built form. In the case of the two great Pandas, their unique solitary nature requires two similar but separate habitats - one for her and one for him. The habitat is formed like a giant yin and yang symbol, two halves: the male and the female, complete each other to form a single circular whole,'' said Bjarke Ingels, Founding Partner, BIG. 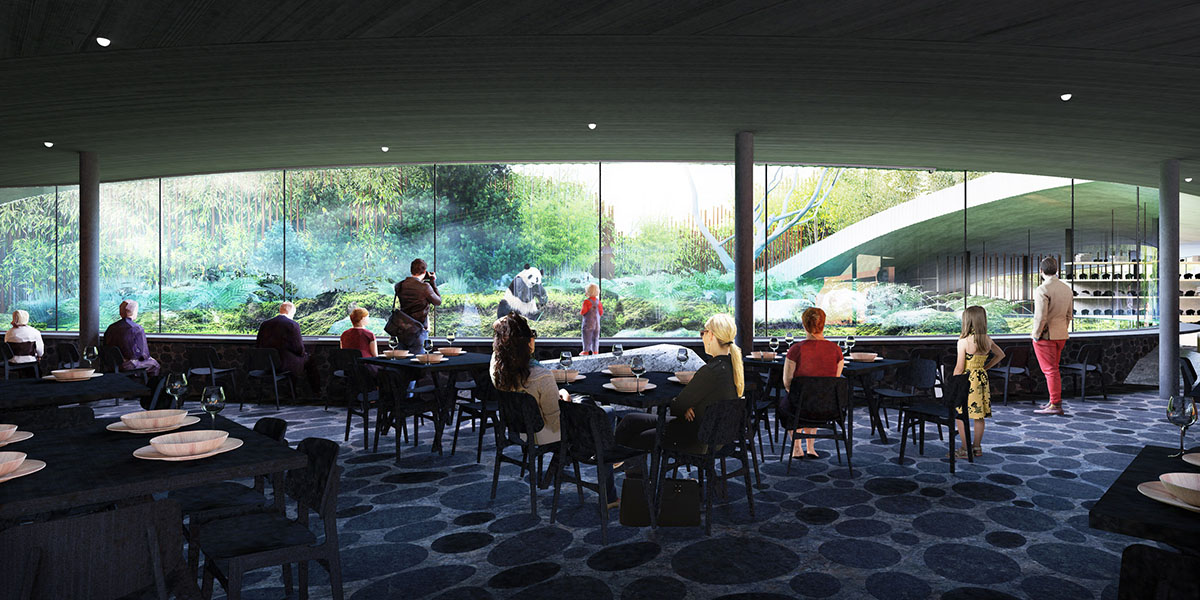 ''The curvy lines are undulating in section to create the necessary separation between him and her - as well as between them and us. Located at the heart of the park, we have made the entire enclosure accessible from 360 degrees, turning the two pandas into the new rotation point for Copenhagen Zoo,'' added Bjarke Ingels. 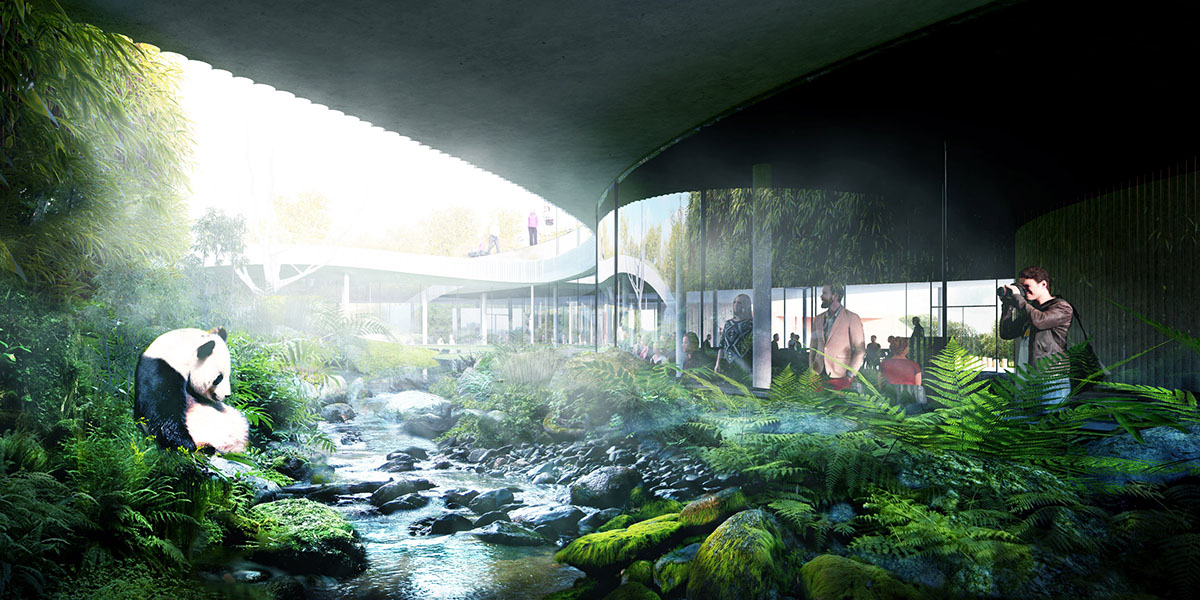 The Panda House includes a shop connected between both animal houses and the Main Square, situated just outside of Panda House. If everything goes on a plan, the project is expected to open in 2018.