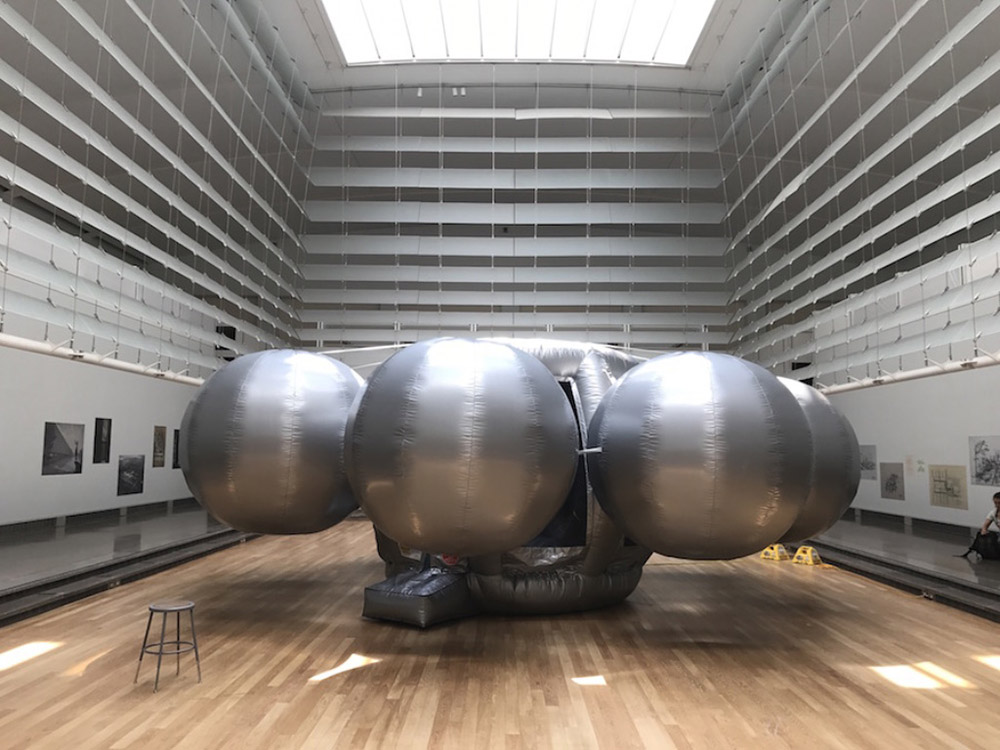 The idea of the exhibition appeared after curators Greg Goldin and Sam Lubell published a book with the same title including unrealized projects in New York in 2016. Queens Museum, an art institution hosting community based programs for architecture and urbanism, launched a Kickstarter campaign in May this year to showcase these projects in a museum exhibition. With the support of community in reaching their goal $35,000 (the campaign reached $50,239 in the end), Never Built New York exhibition presenting unbuilt architectural and urban design & planning projects for New York has opened its doors on September 17 in Queens Museum.

Designed by architectural designer Christian Wassmann and co-curated by Sam Lubell, the exhibition invites you to imagine how New York could have been through more than 70 architectural and urban projects with original prints, drawings, 3D models, installations and sketches spanning 200 years of the city’s history. 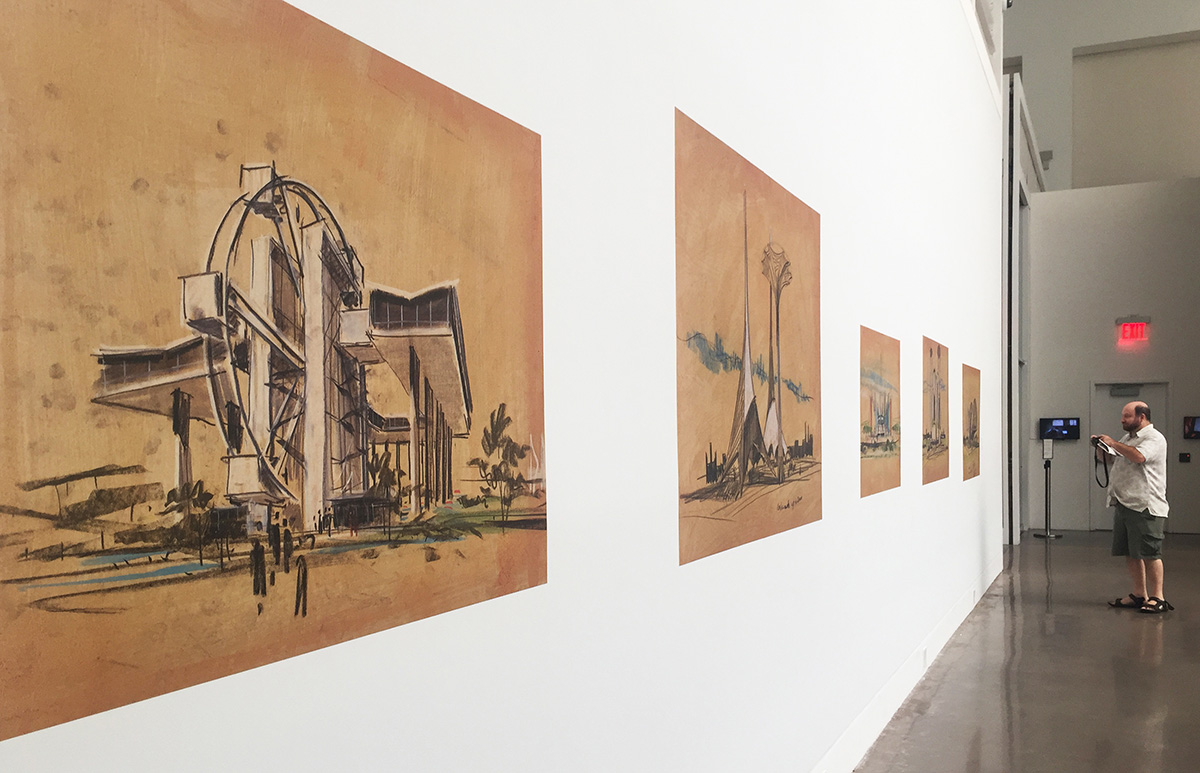 For Westinghouse's entry at the fair, Noyes proposed a circular dome surrounded by a series of shiny spheres, each showcasing one of the company's technologies. Visitors would travel through each zone via moving sidewalk. For Never Built New York, his design was reimagined as a bouncy castle. 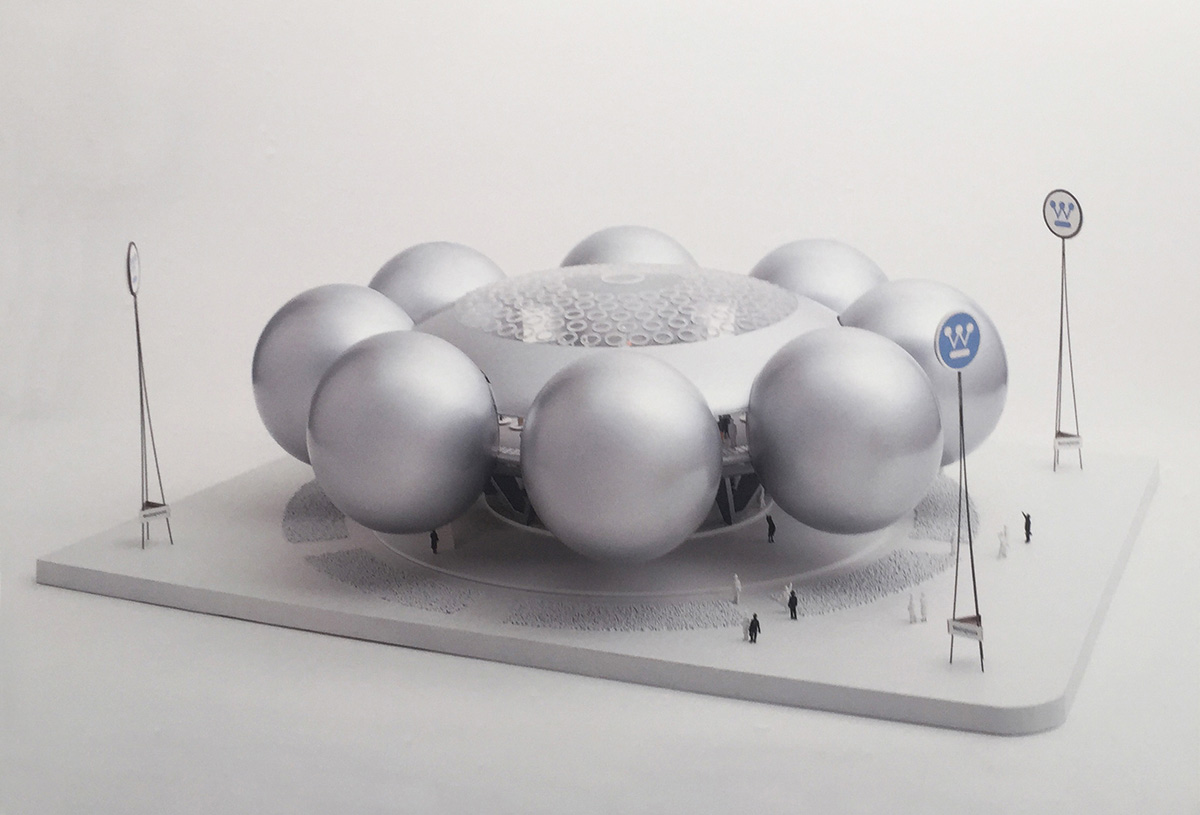 The Rubin Gallery is organized as Manhattan-like venue in terms of location and density, which exhibits many unbuilt projects from a closer perspective from uptown to downtown. Geographically organized tapered room roughly resembling the shape of Manhattan, models, renderings, and drawings are arranged salon-style on the black walls. 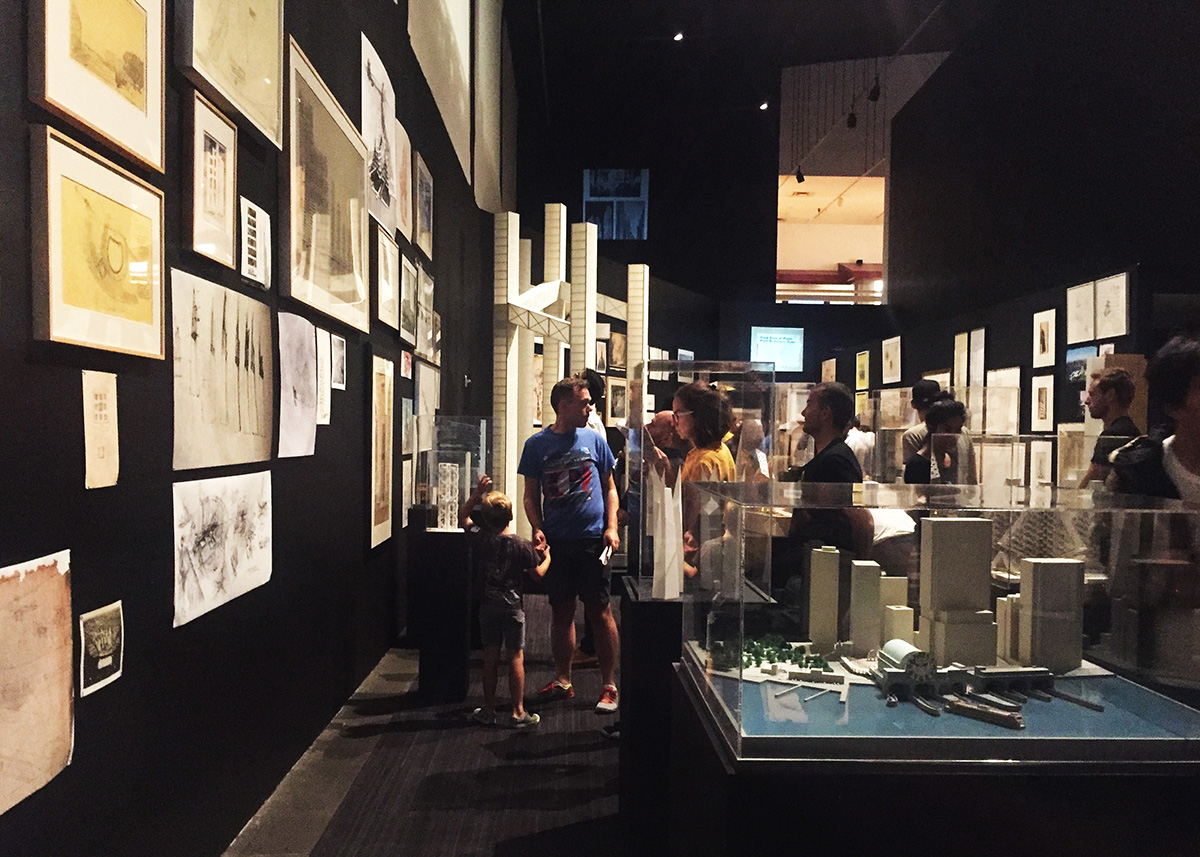 Some projects exhibited at the Rubin Gallery are shown below: 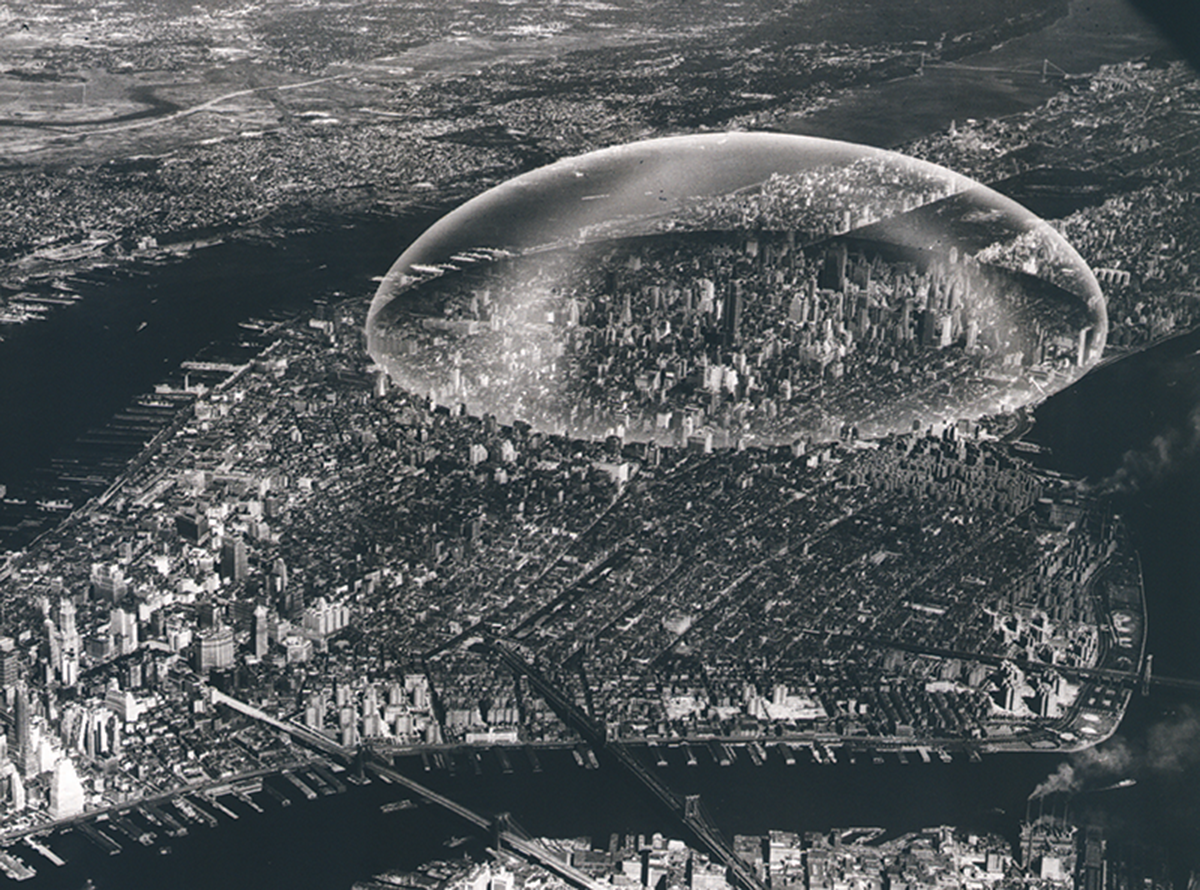 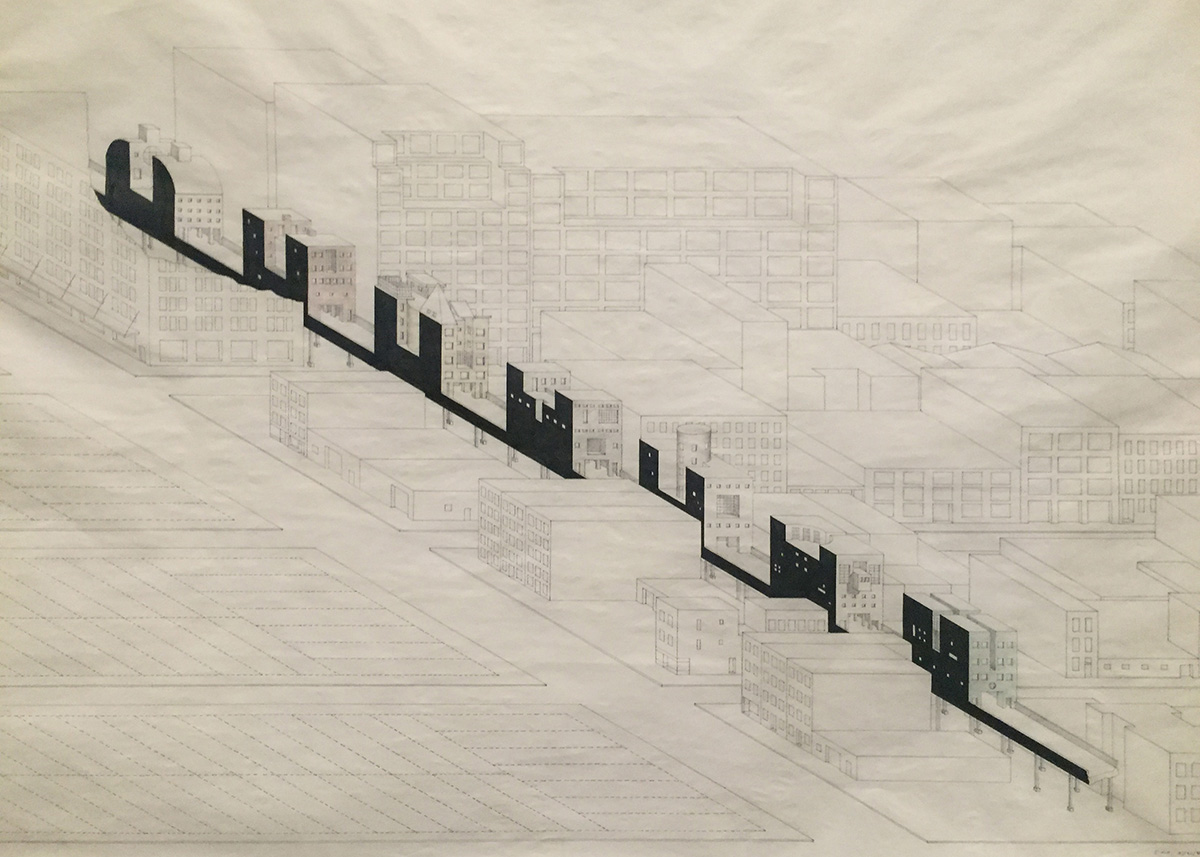 Bridge of Houses by Steven Holl, 1981. 30 years before the High Line Park opened in Chelsea, Steven Holl proposed of using the abandoned railway to create "an ornate collection of urban villas" from studios for homeless to luxury apartment. Image © Courtesy of Steven Holl Architects

On the "Panorama" of New York City, which is the world’s largest scale model of its time, 3D model of unrealized projects of New York has been fabricated in Columbia University Graduate School of Architecture, Planning and Preservation’s Fabrication Lab and placed in their originally intended locations. It functions as a visual guide in the "Never Built New York" exhibition. 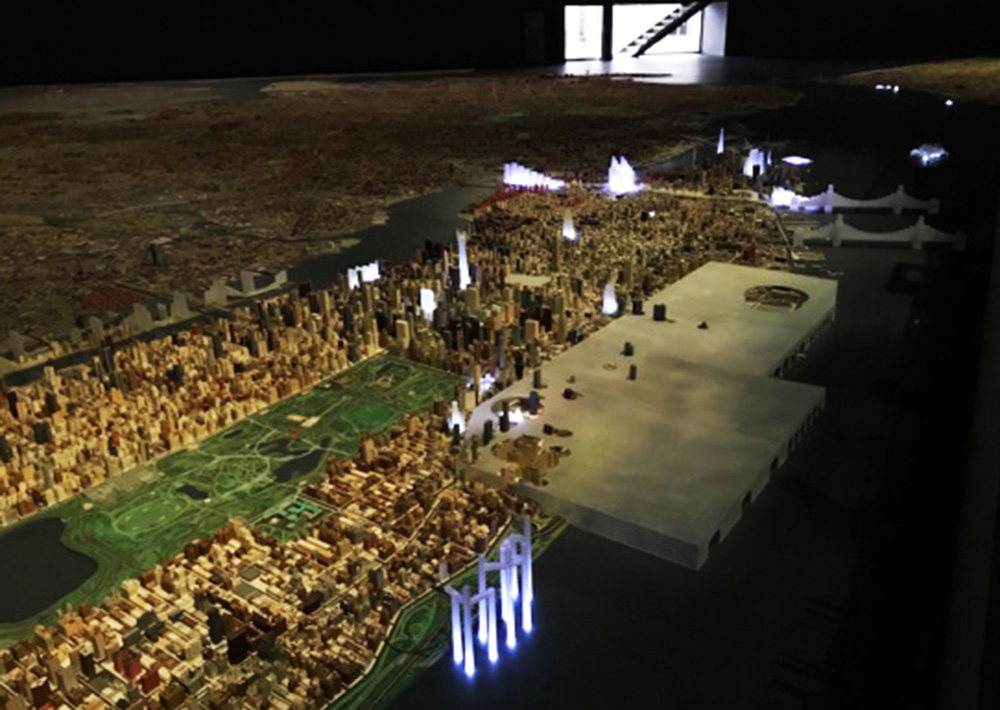 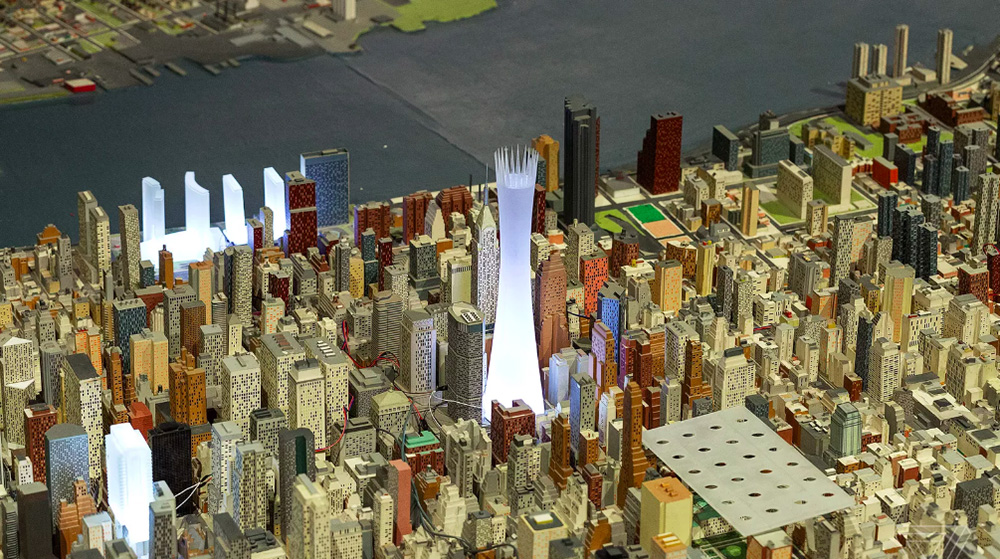 Hyperboloid by I.M.Pei, 1954-1956. The "Hyperboloid" would have been the tallest structure in the world at 102 stories, and would have replaced Grand Central Station. Image © Amelia Holowaty-Krales 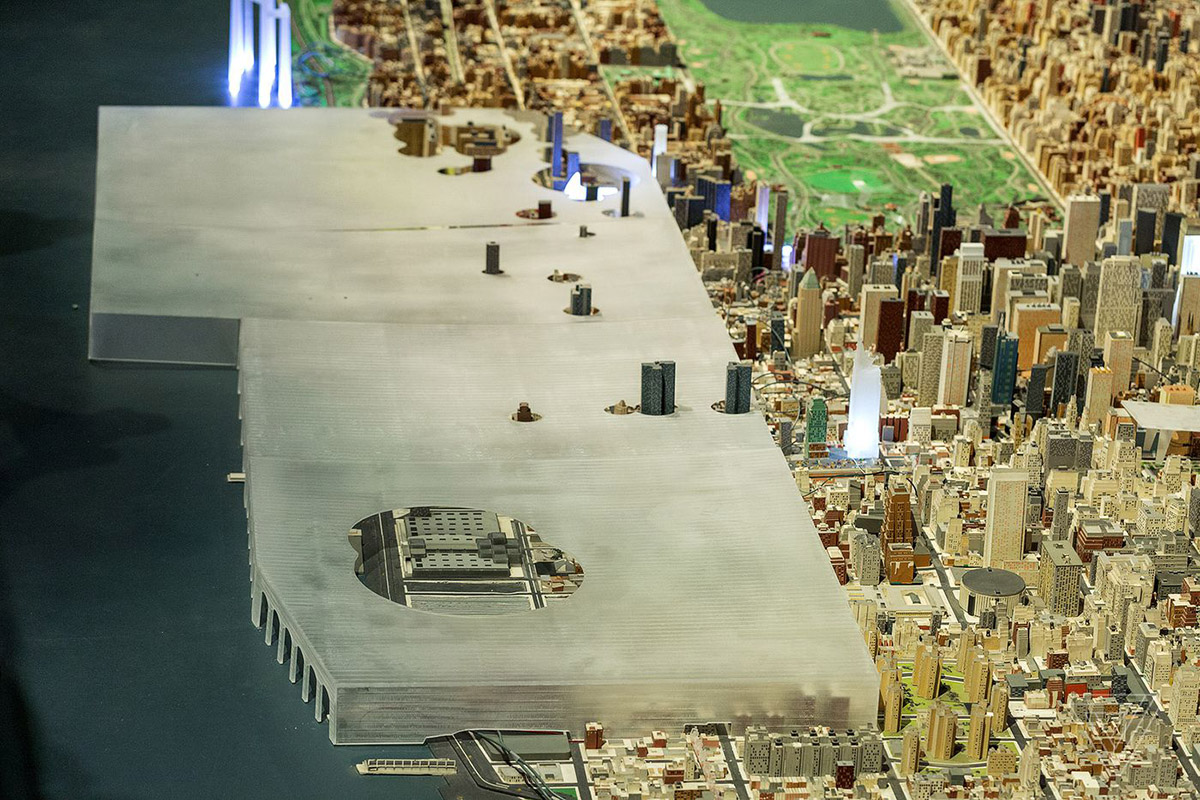 Airport by William Zeckendorf, 1945. This model shows an airport stretching down the Hudson River and into Midtown Manhattan. Image © Amelia Holowaty-Krales 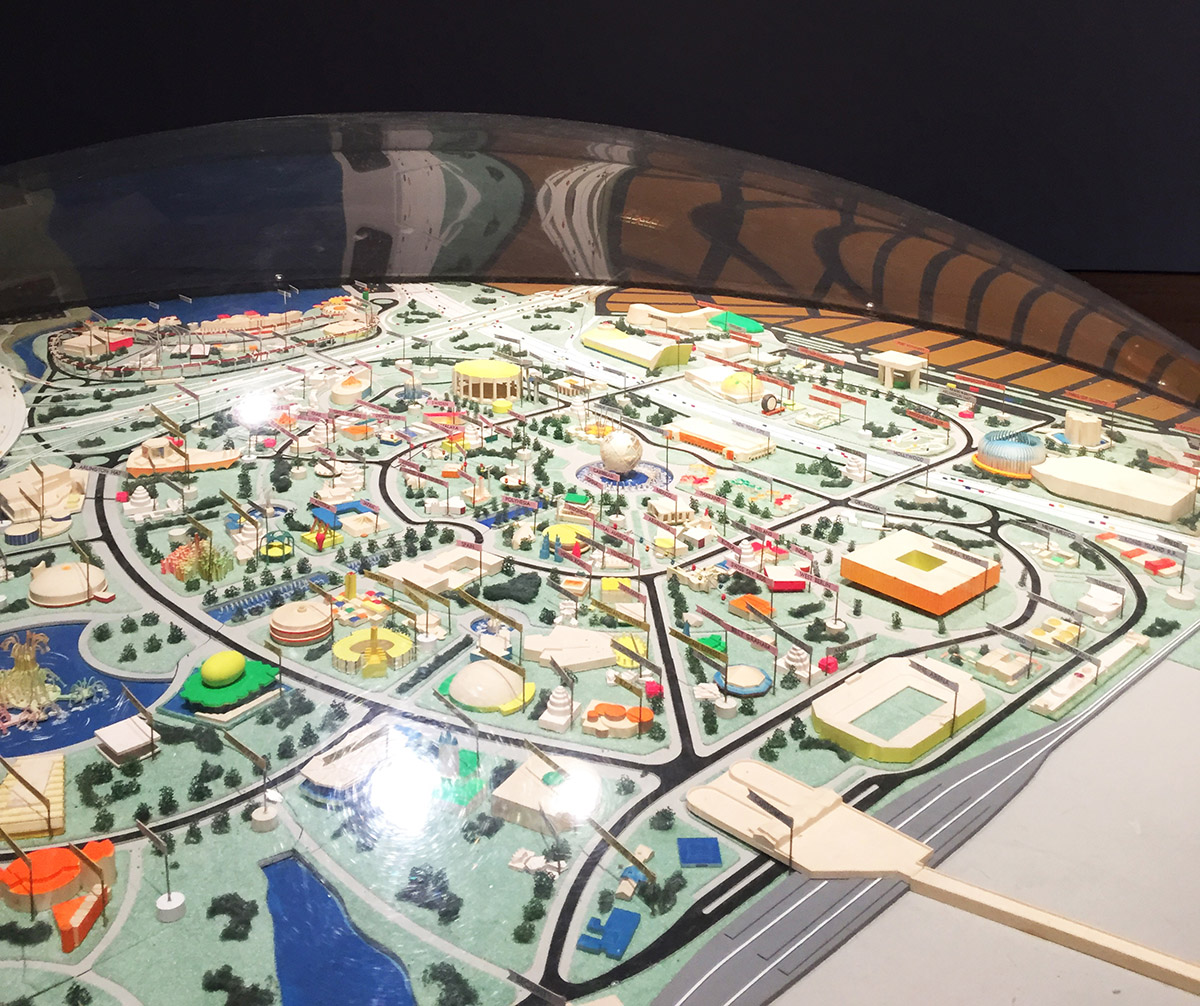 The exhibition lets you explore the possibilities, the never built architectural dreams that would have changed this metropolis for better or for worse and invites you to think about how it would have replaced.

The exhibition will be waiting for its visitors until February 18, 2018 in Queens Museum, New York.