Police Memorial, Jammu: A Sculptural Tribute To The Brave Martyrs 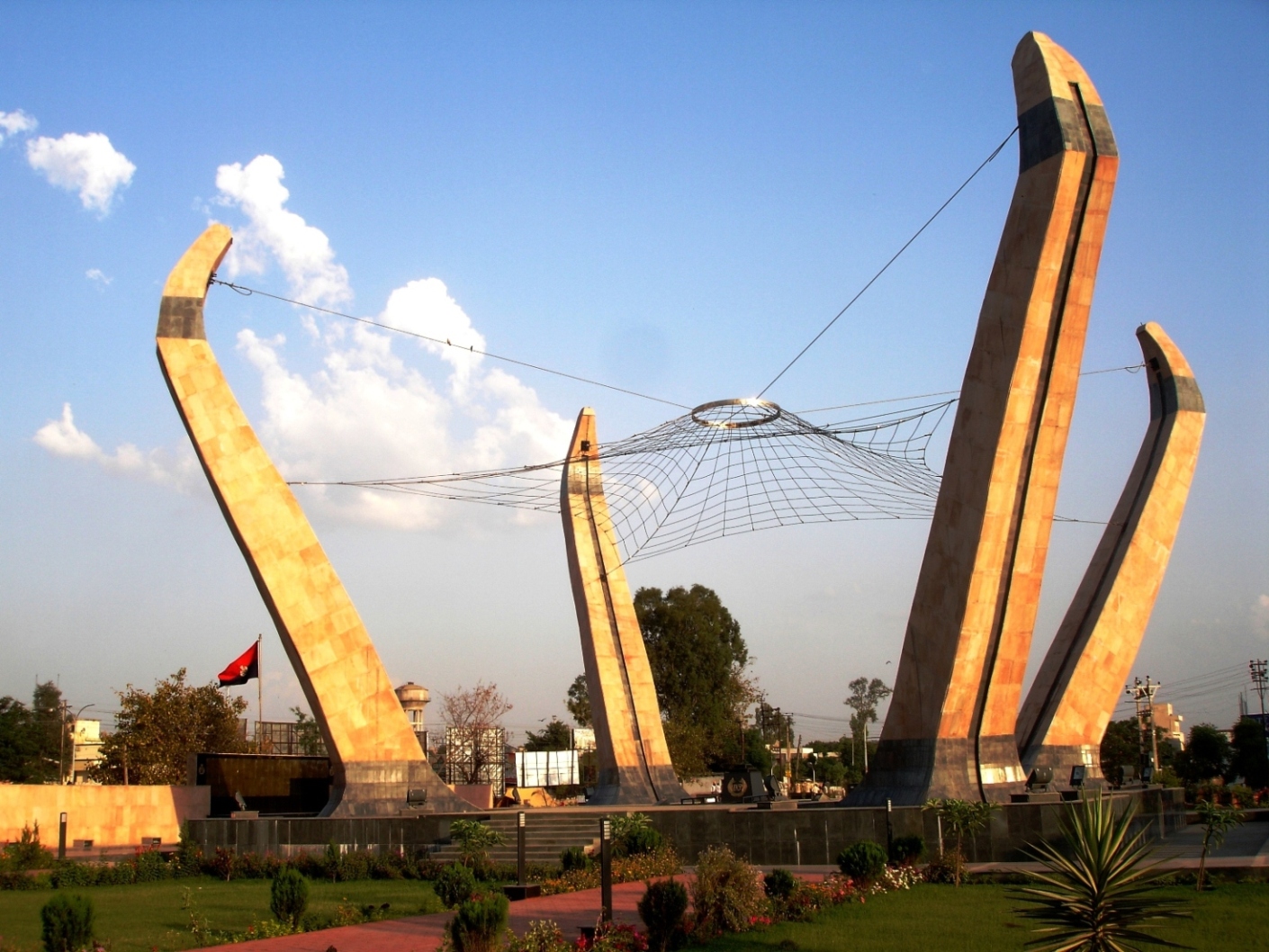 Jammu and Kashmir - a northern state of India is facing an acute problem of militancy for the last many years. The State Police Force has been fighting this insurgency in close association with Indian army and other security forces. In the process of combating the menace, number of brave soldiers laid down their lives.

The state government thus decided build a martyrs' memorial to commemorate the supreme sacrifice made by the hundreds of brave hearts. Police Memorial, Jammu is indeed a befitting tribute to the valiant police personnel who attained martyrdom while protecting the lives and properties of people, and territorial integrity of the country. 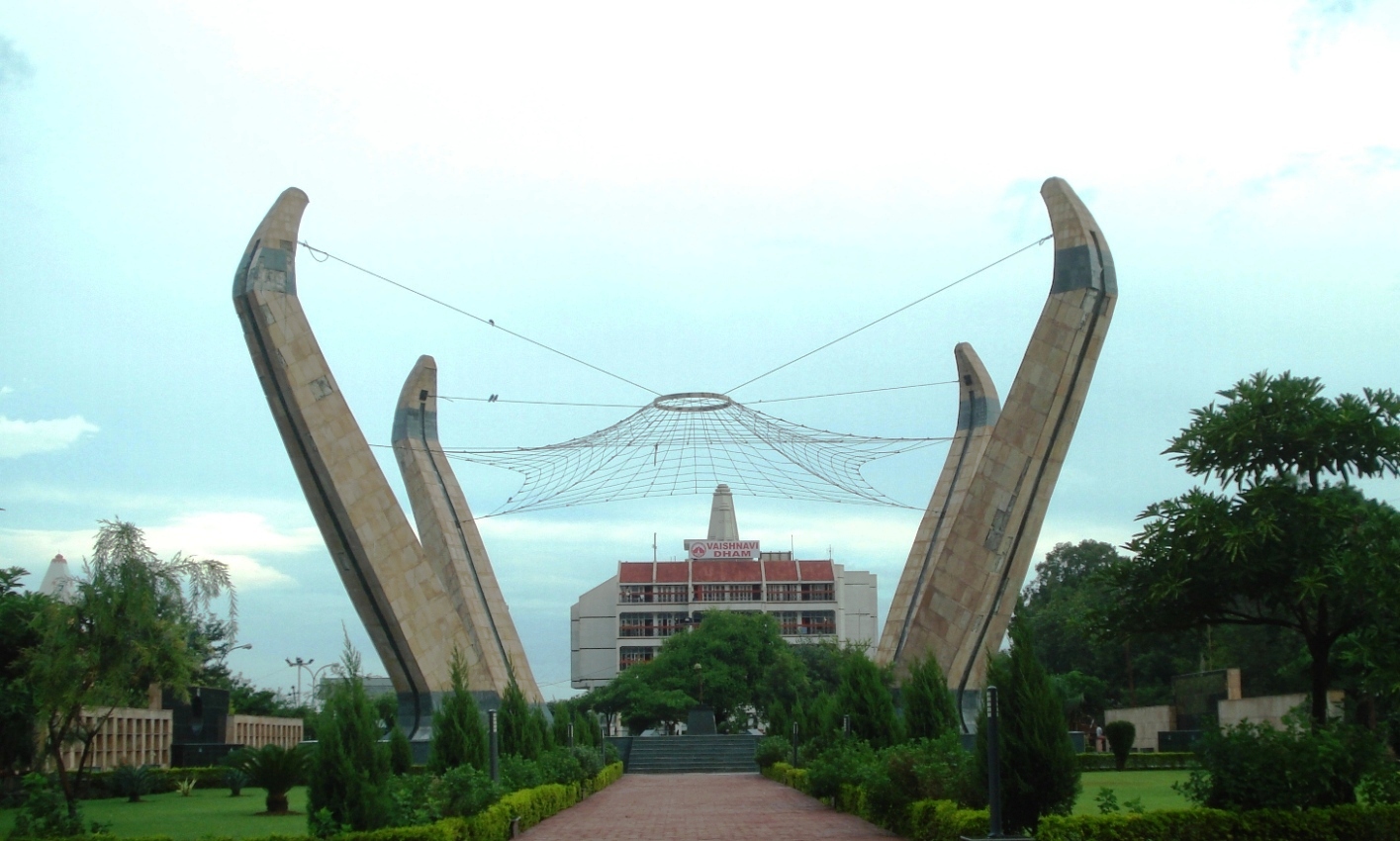 The Memorial is located in a busy commercial area of the city, opposite main railway station. The oval-shaped site is a sort of an island surrounded by many important city roads. The land has been developed as a park which accommodates a giant Police Memorial.

The design of the memorial has been prepared by a joint team of architects of Saakaar Foundation, Chandigarh, and Ashok Purie and Associates, New Delhi. These firms were commissioned for the job after conducting a national-level architectural competition organized by the Jammu and Kashmir Police Housing Corporation. A renowned Indian Structural Engineer, Mahendra Raj of New Delhi prepared the structural design of the memorial. 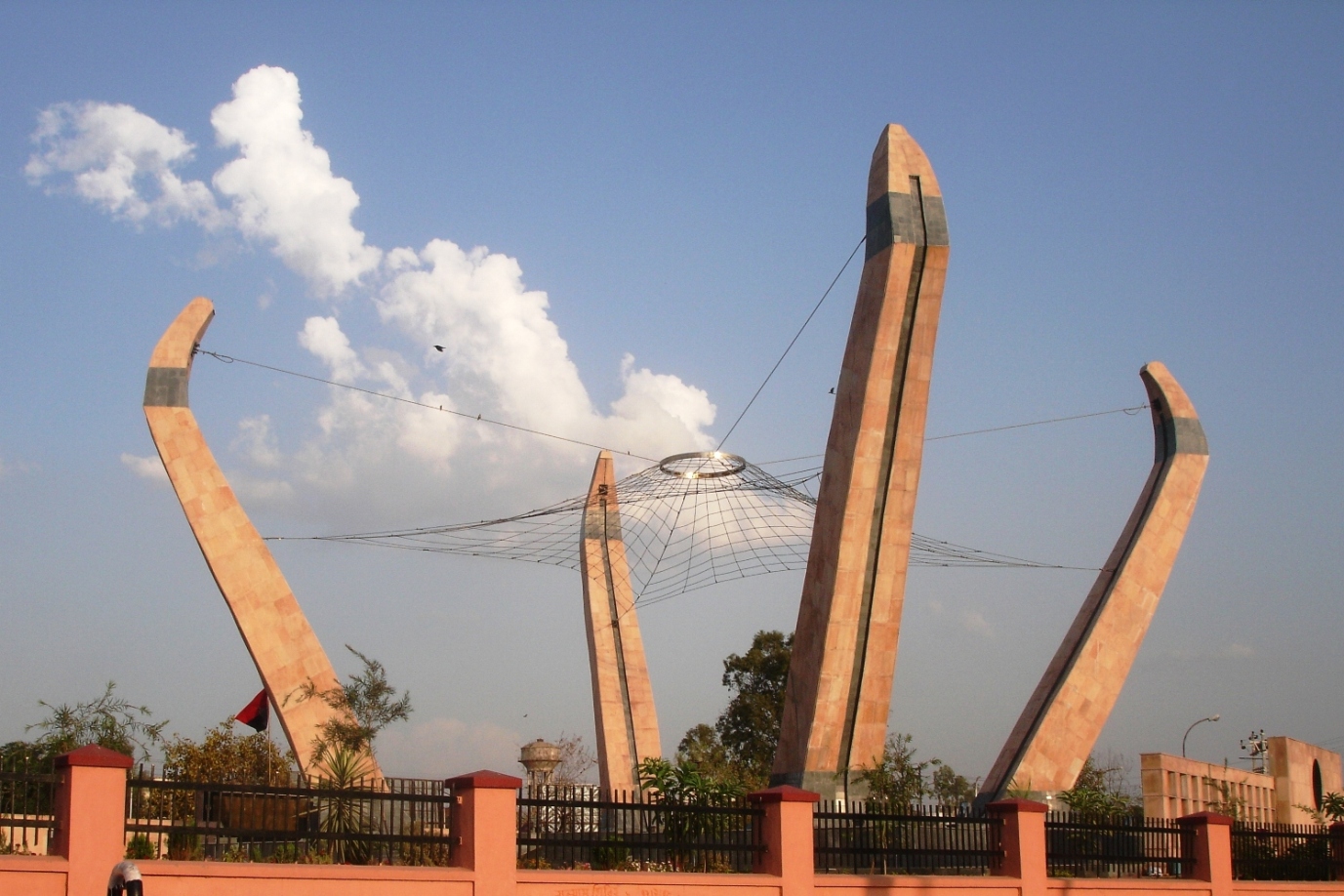 Hallmark of the design is a pylon-structure, rising 20 metres above a raised platform. The four number slanting pylons stretch outwards and support a symbolic canopy of steel ropes which resembles a spider web. The canopy seems to help in restraining the pylons towards the middle. 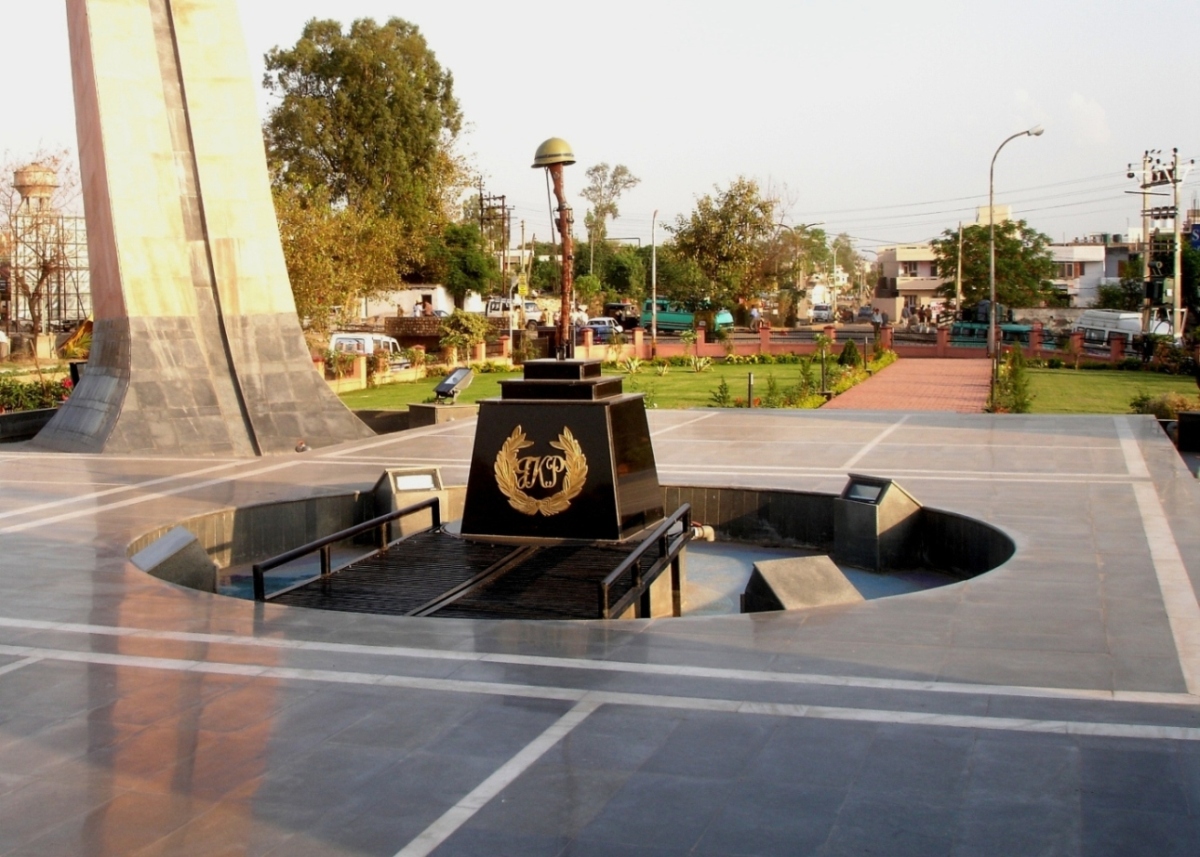 Underneath this canopy, and in the centre of four pylons, there is a main memorial sculpture which symbolizes the supreme sacrifice of the brave soldiers. A black-granite pedestal supports a rifle and a helmet of a soldier which remind the posterity about the martyrdom of the brave soldiers. 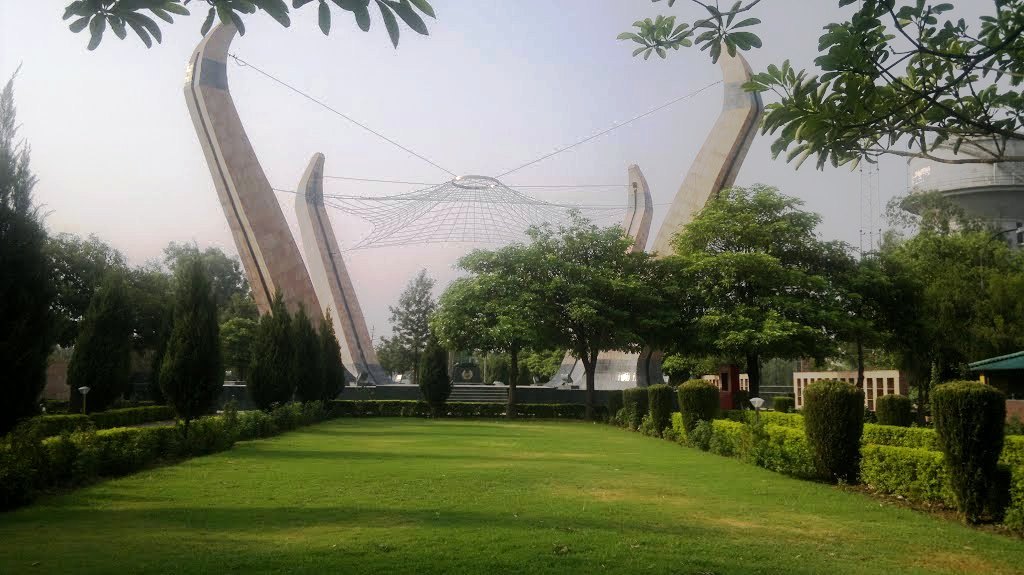 An innovative lighting system has been incorporated to illuminate the memorial during the night. The memorial is a pleasant combination of art, architecture and landscape design and thus it attracts large number of visitors daily. 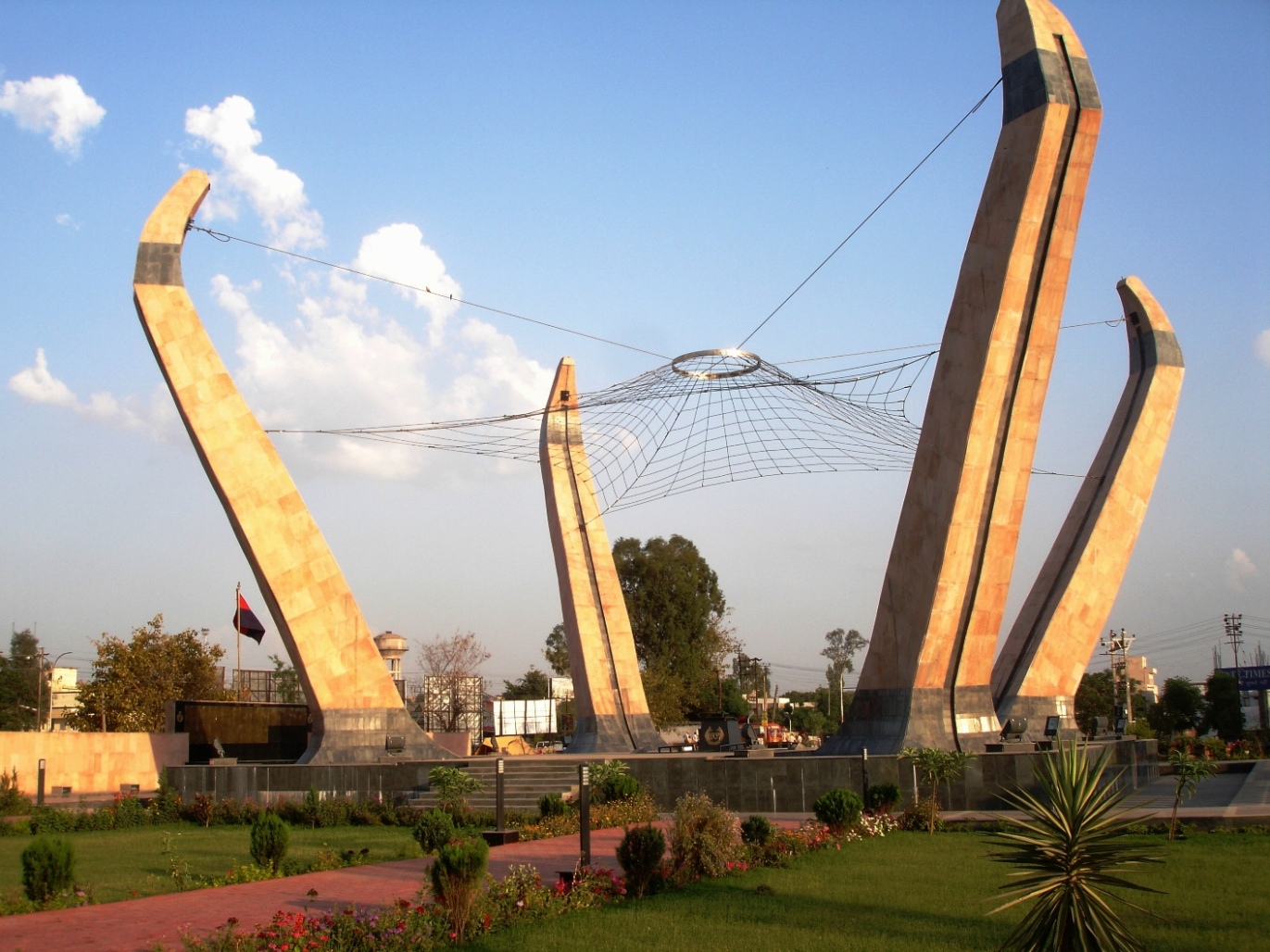 All images courtesy of Saakaar Foundation except where mentioned