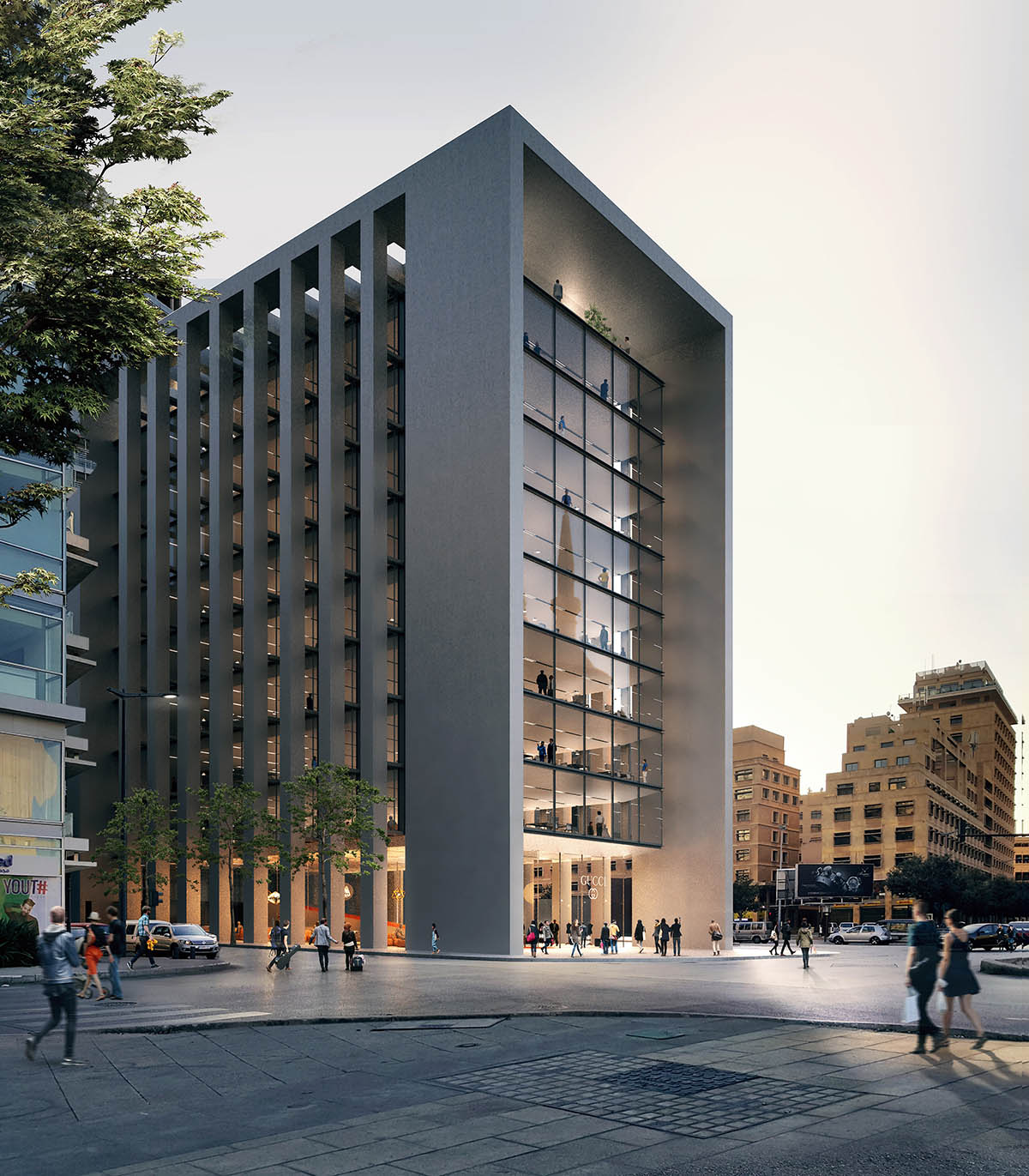 Built by Associative Data (BAD), in collaboration with OAB, has proposed a new mixed use tower wrapped by sliced-steel columns on the Martyr’s Square in Beirut, Lebanon. The compact structure follows an unusual construction process - a top-to-bottom method to allow flexibility for the offices' layouts and create open spaces of big spans.

Named One Independence Square, the project is located on Martyr’s square - an extension to Beirut’s most important plaza - the building becomes a mere reflection of the long-lived historic series of revolutionary and cultural events that sprung from these charged land. 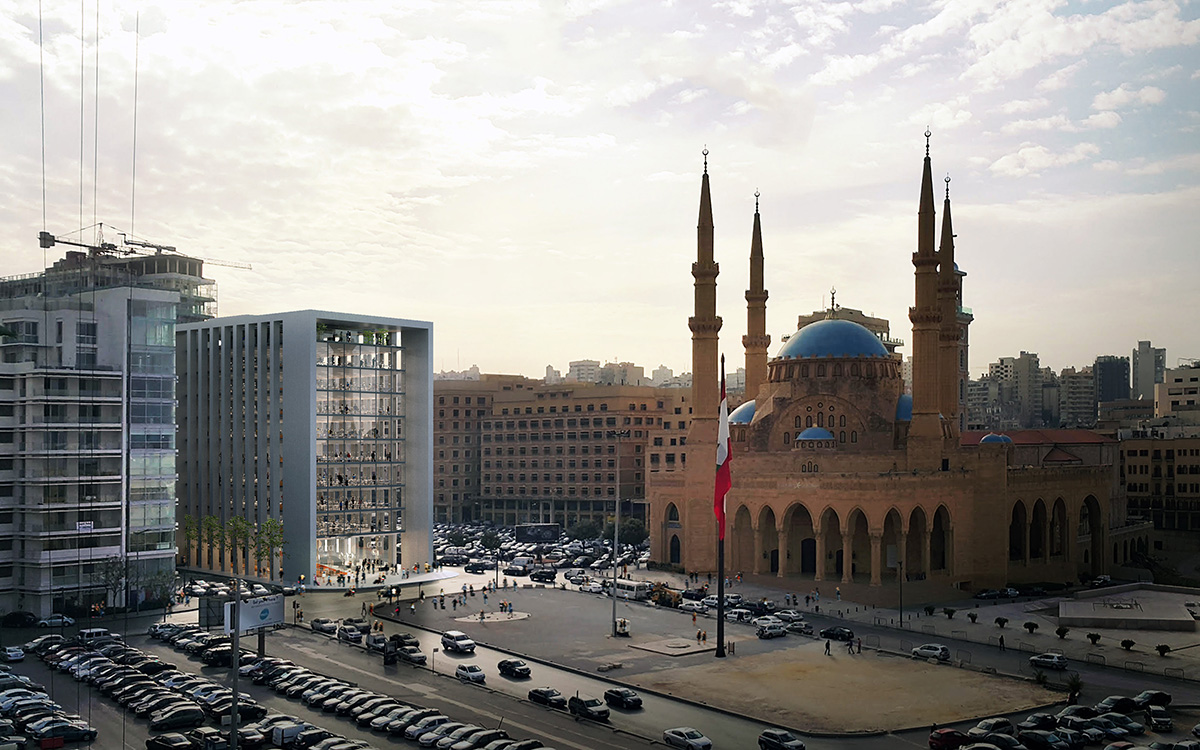 The building faces the Mohammad Al-Amin grand mosque, and is in-between, on one side, Renzo Piano’s Beirut City History Museum, and on the opposing side, the Renzo Piano’s Saifi tower. The free glass cube houses premium retail and luxurious office spaces, while offering a direct access from the Martyr’s square, through a lax pedestrian ramp. The emphasis on the ground floor lies in the shortcut that symmetrically cuts right through the building. It richly creates a clear dialogue with one of Beirut’s largest squares, while instantly, reconnecting one with a sky lobby upon entry. "It, so elegantly, stands on steel columns, with white concrete reinforcement. The building’s core is placed in the back façade, making it almost invisible." 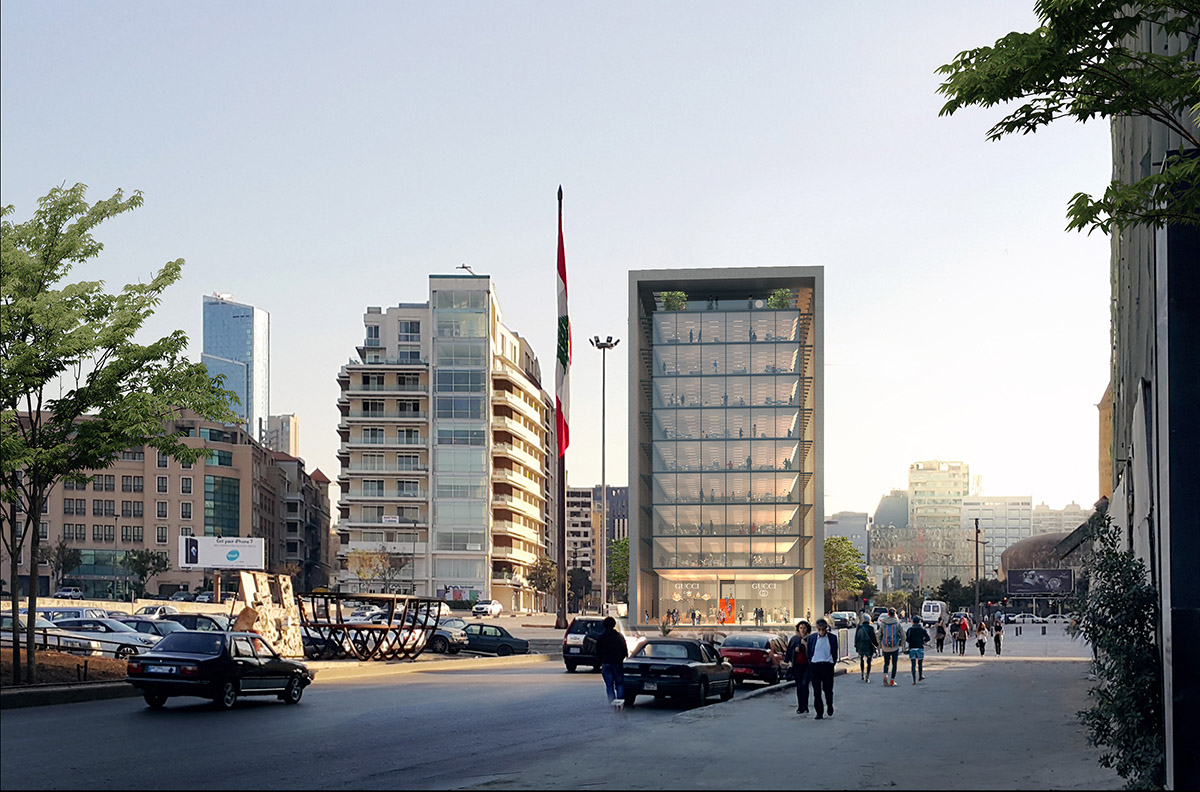 What makes the building in fact so peculiar is its unusual construction process, a top-to-bottom method. The outer skin of the building is set upright, and then follows its other components at a later stage.

The steel columns first erect, after which lie on top, superstructure steel beams at uniform intervals. From these super structure beams, the cables and slabs are suspended. The slabs are inserted within the outer structural bands, pulled up with the cables, tightened to ensure maximum tensile strength, and connected to the columns; as if detached from the rest of the structure. This delicate connection allows flexibility in the offices layouts, creating open spaces of big spans. 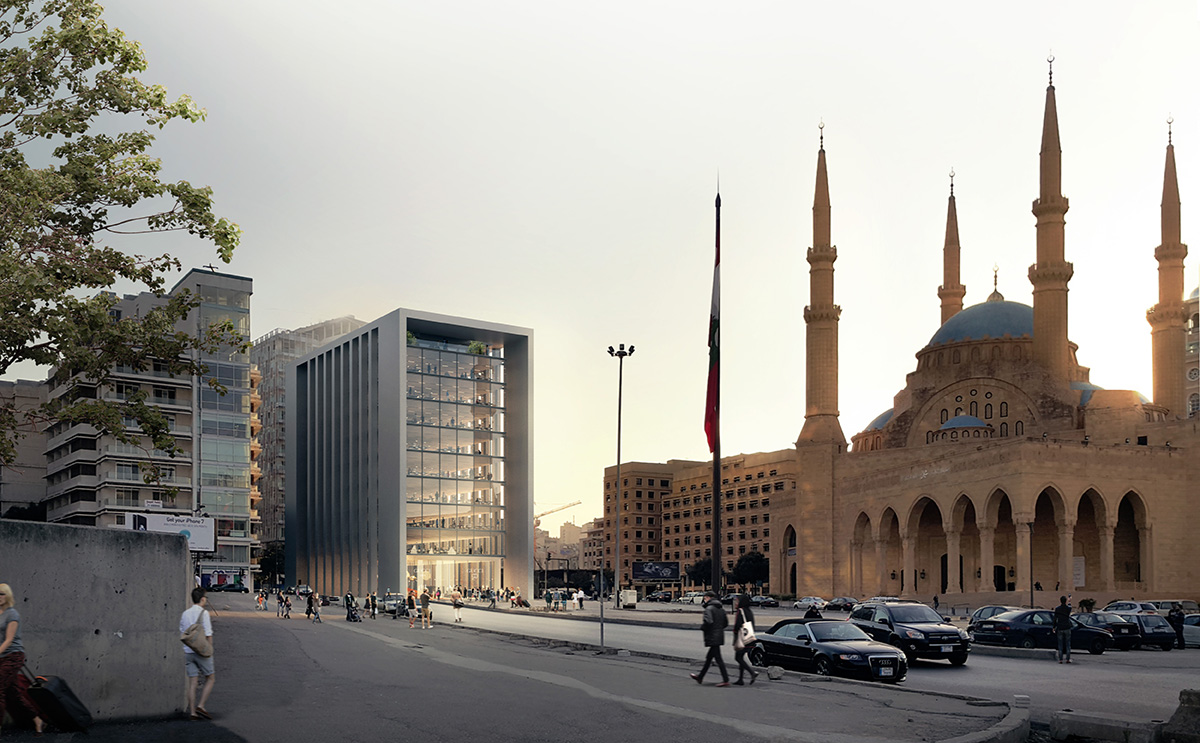 Embracing all the slabs, the glass sets the illusion right for the seemingly free glass cube. Also, on the upper floors, the offices revel in an unobstructed 360 view of their surroundings.

Dangling in a glass box, the slabs float in a vast free-span space, creating a whole other kind of experience. The building is expected to rise in 2018, reminding all of Martyr’s square’s history of Independence. 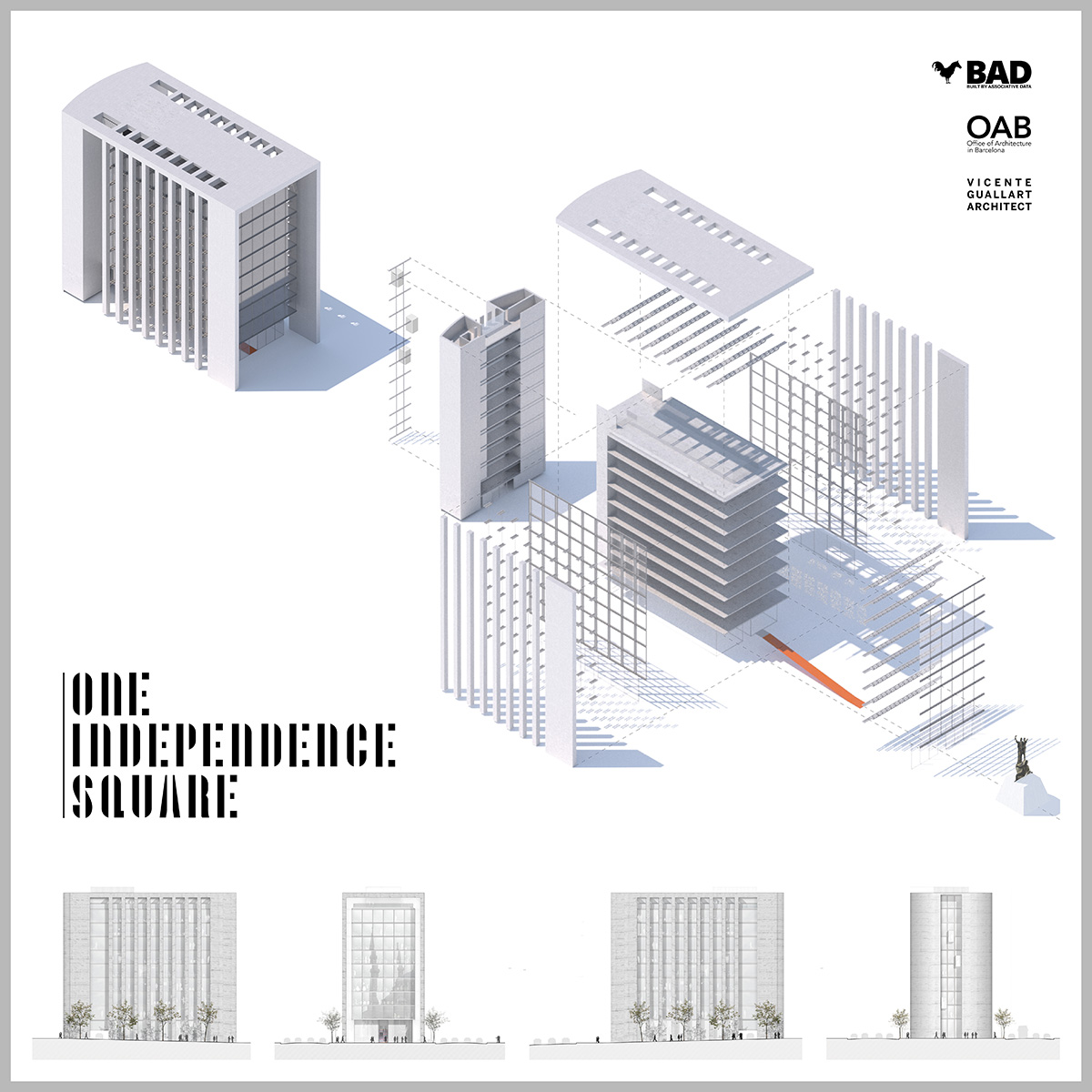 BAD recently proposed a dramatic pixelated mass for a new mixed-use project in Beirut, which were shaped through urban parametric forces such as orientation, solar radiation, wind infiltration, and building program-and all in relation to the site’s difference in levels.