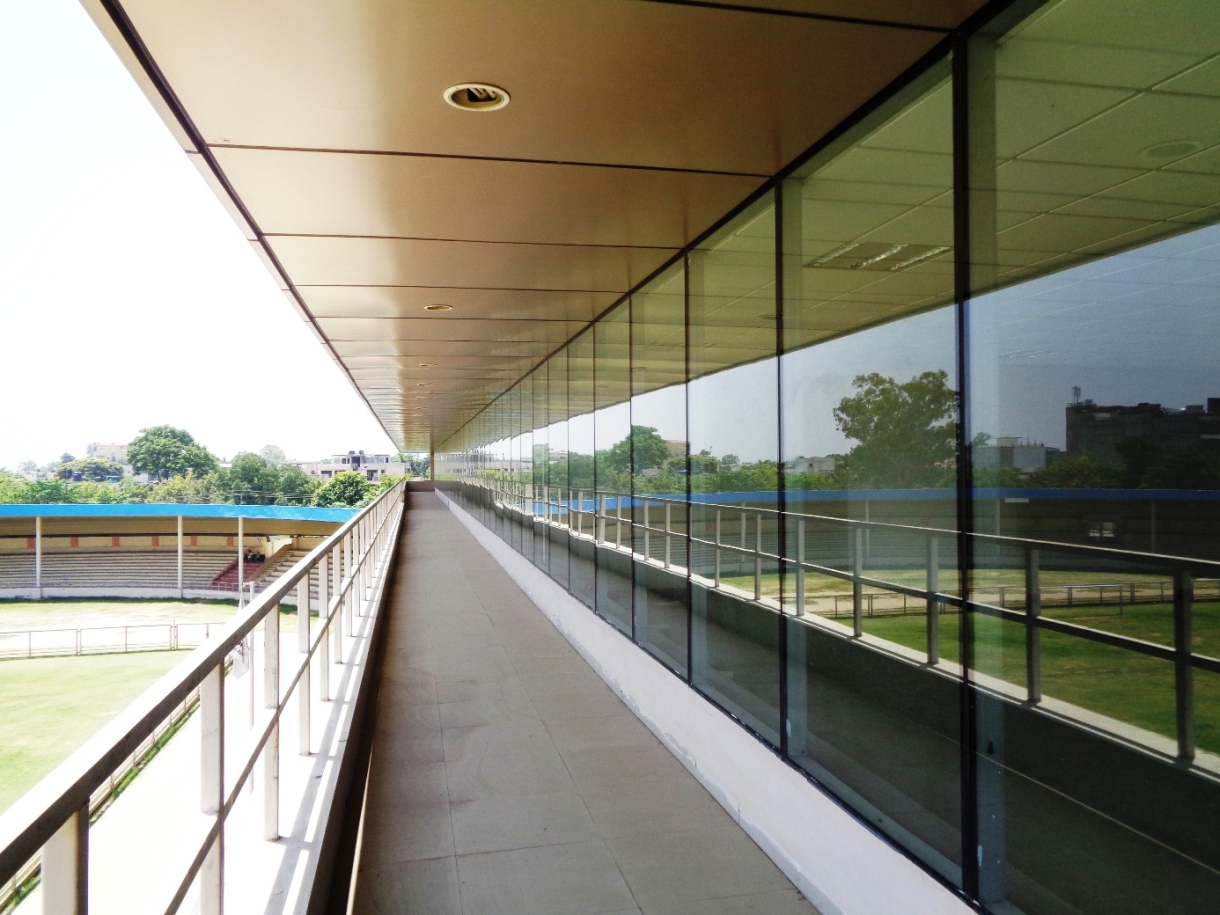 Named after the tenth Guru of the Sikhs - Guru Gobind Singh – this is one of the oldest multipurpose stadiums in the state of Punjab. It was established in 1971 and till date remains the hub of important sports and cultural activities. With the passage of time, its infrastructure outlived its original function and became obsolete to cope with the modern requirements.

The government thus decided to reconstruct it so as to make it compatible for the national and international events especially for the World Kabaddi Cup. After its redesigning and reconstruction, this stadium has now become one of the best and largest in the state. 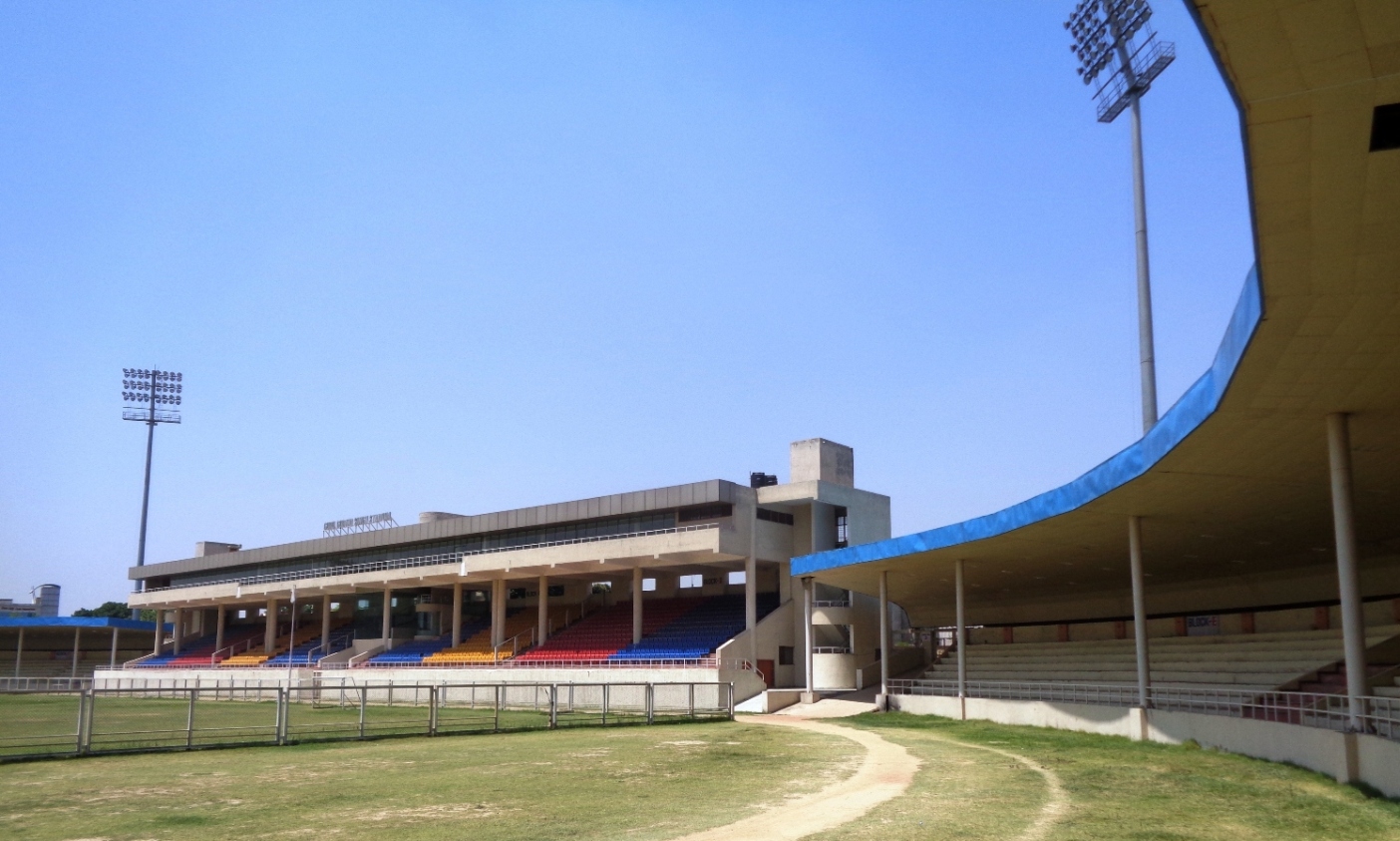 Designed by Indian architect Sarbjit Singh Bahga, the stadium has been developed on a site of 7.3 acres (29,542 square meters) in the New Jawahar Nagar area of Jalandhar. It is surrounded by busy city roads on all its sides.

As a result, no extra space was available for its horizontal expansion. Keeping in view the importance of the stadium and the limited space for its expansion, it was decided to go vertical. The two longer sides of the stadium have been provided with two 311-foot long double-storied pavilions. 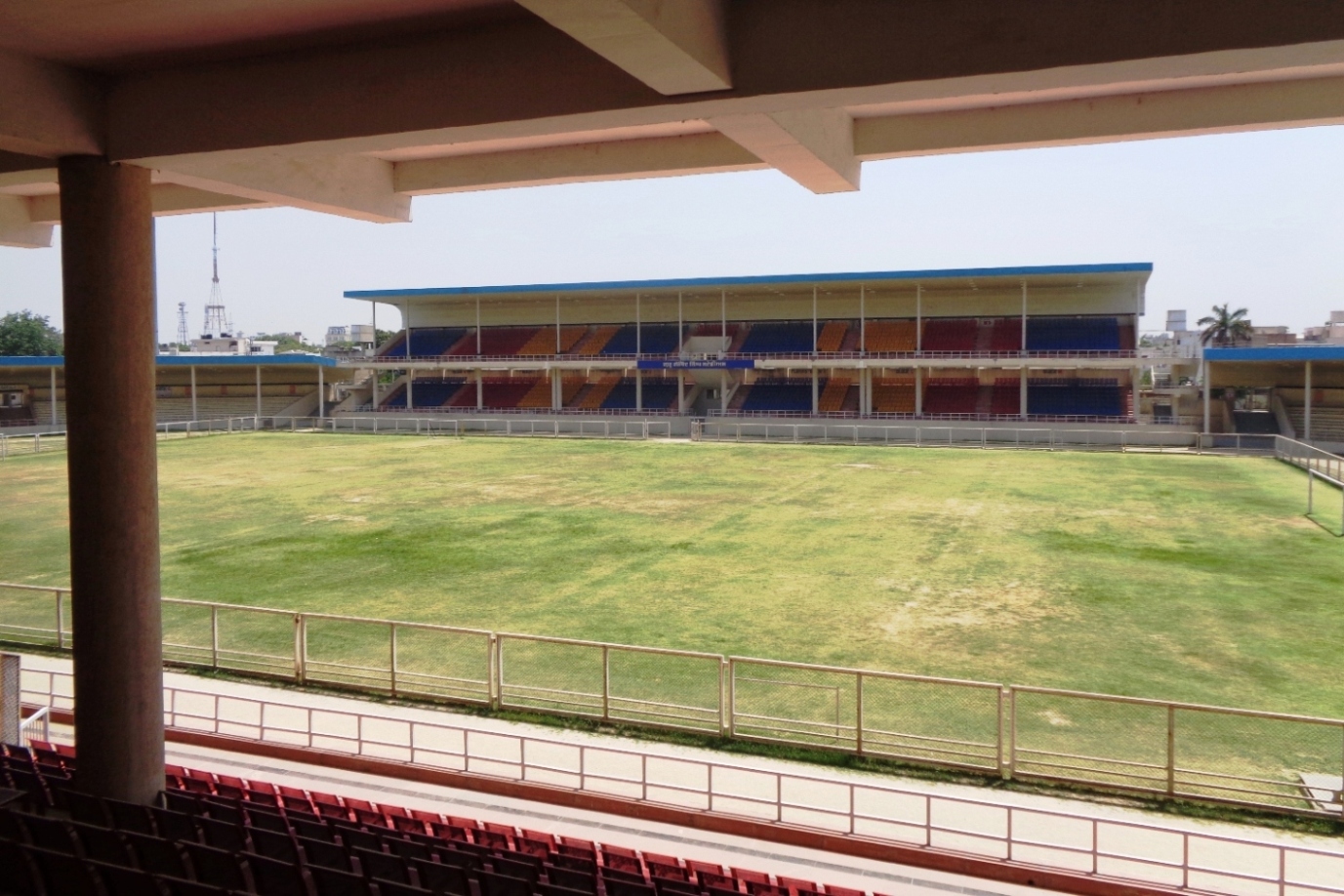 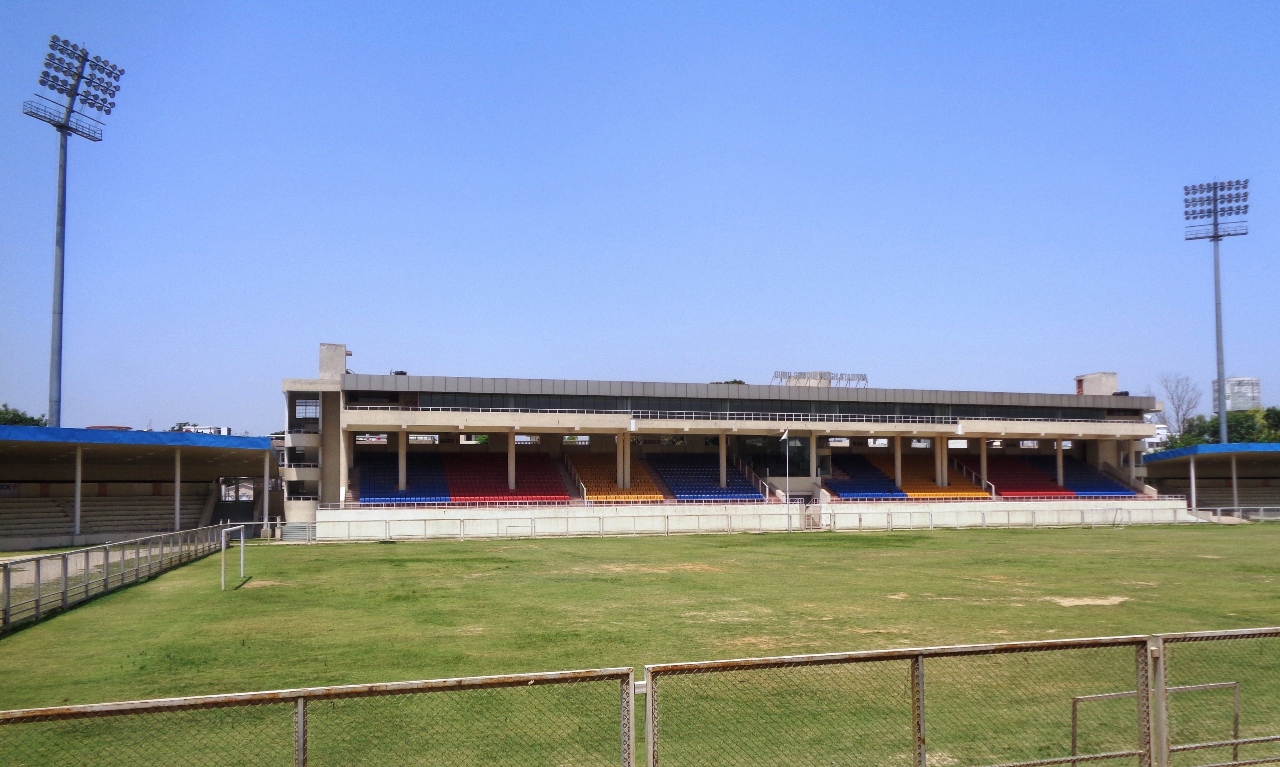 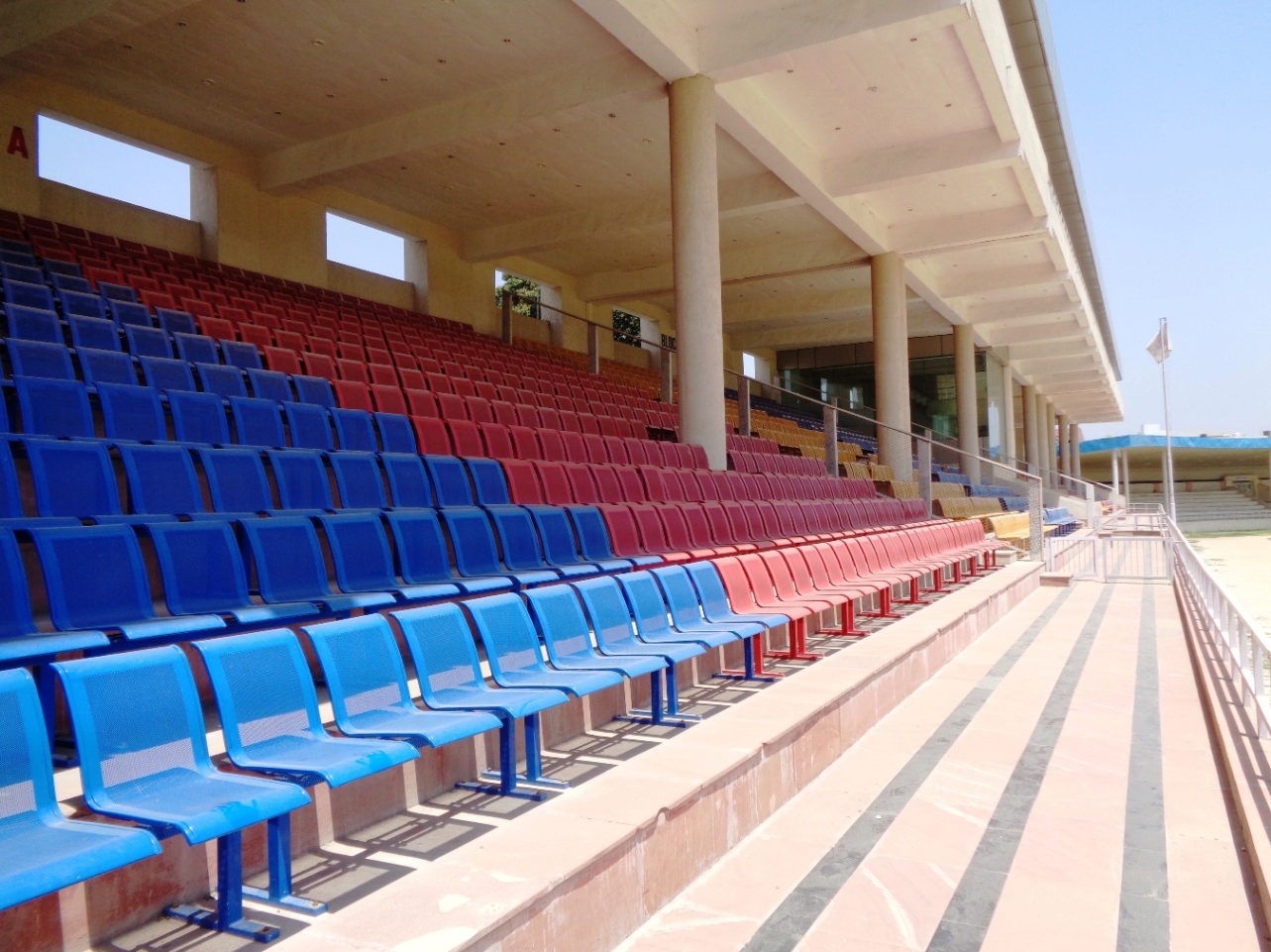 The main VIP Pavilion-1 which faces the north-east side is a giant concrete structure. It provides seating for 2,000 persons at the middle level. The space underneath the seating steps has been utilized for entrance lounge, changing rooms for players, offices and washrooms. The pavilion is covered with a horizontal concrete slab which accommodates another floor above.

This floor houses commentators’ room, media centre, conference hall, indoor games, activities room, and canteen. It has been made accessible through two vertical circulation cores provided at the ends and one staircase in the centre. Each core comprises one lift and a staircase. To get a panoramic view of the stadium from here, a long and continuous strip window has been provided. 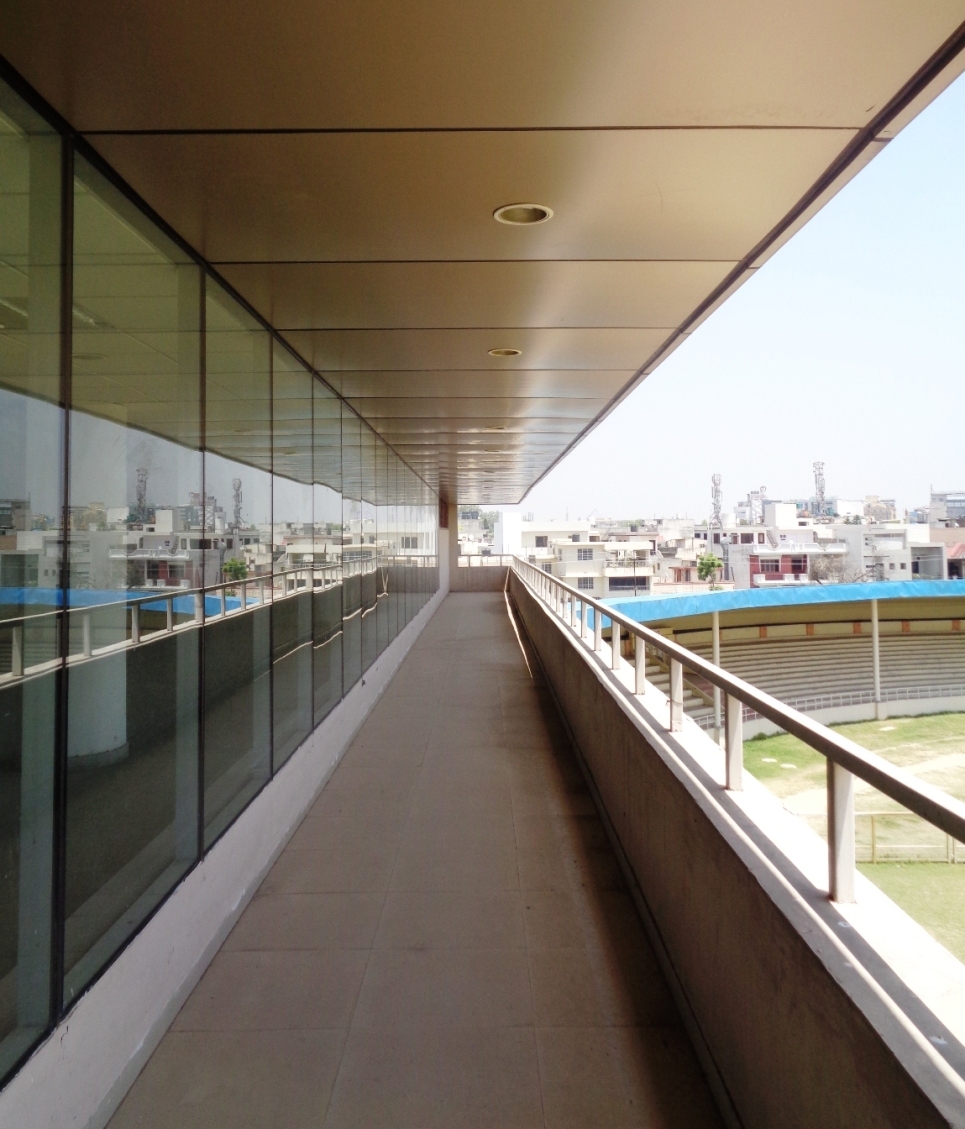 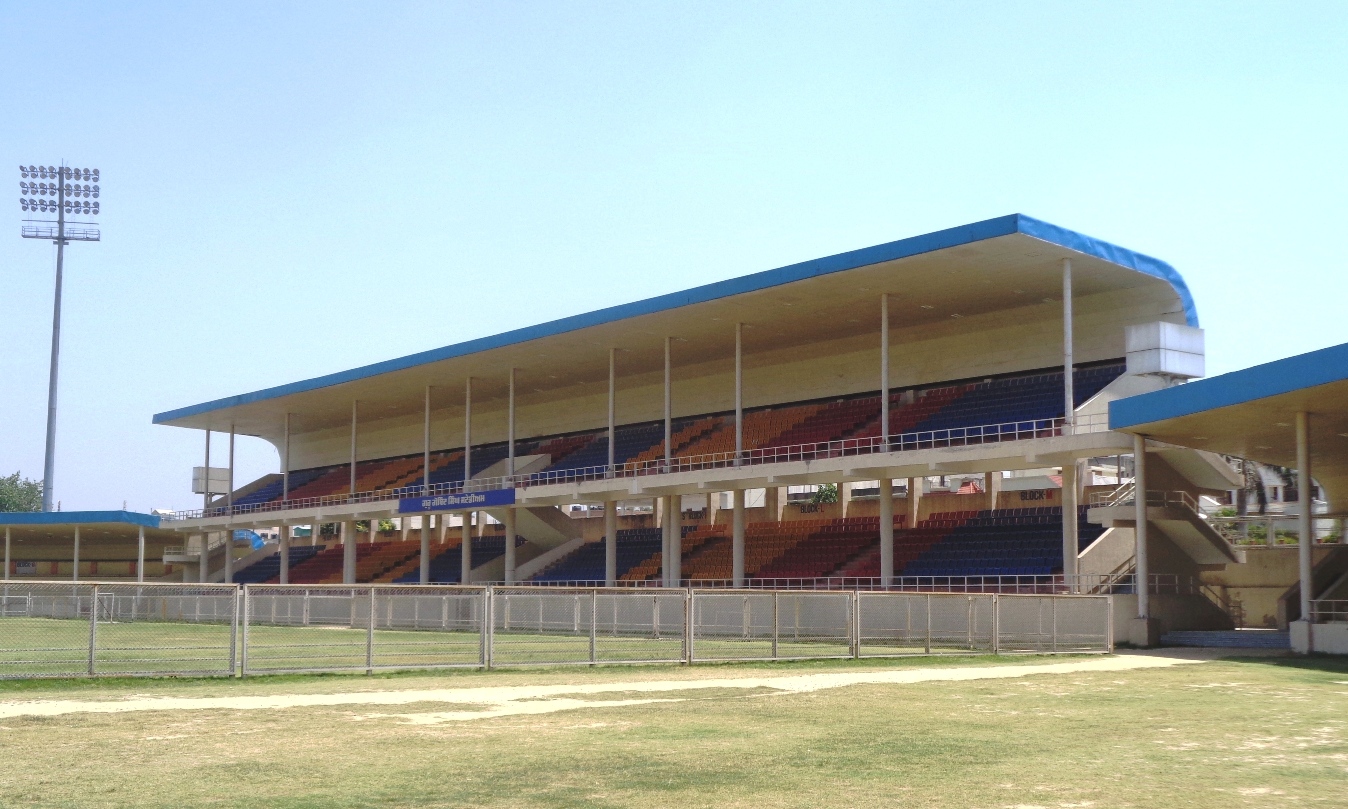 Pavilion-2 has a double-decker seating area for spectators. The lower two floors of this pavilion have been constructed in reinforced cement concrete and the top canopy is in pre-engineered steel structure. The form of the canopy has been rounded off on the external side. This gives it a dynamic look. It has a seating capacity of 2,500 persons at two levels.

The lower basement level accommodates washrooms, services and stores. Two independent staircase blocks at the ends and a large flight of steps in the centre have been provided to give access to the upper level seating areas. Together with staircase blocks, rounded-off steel canopy and double-decked seating steps, this pavilion lends the stadium a magnificent look. 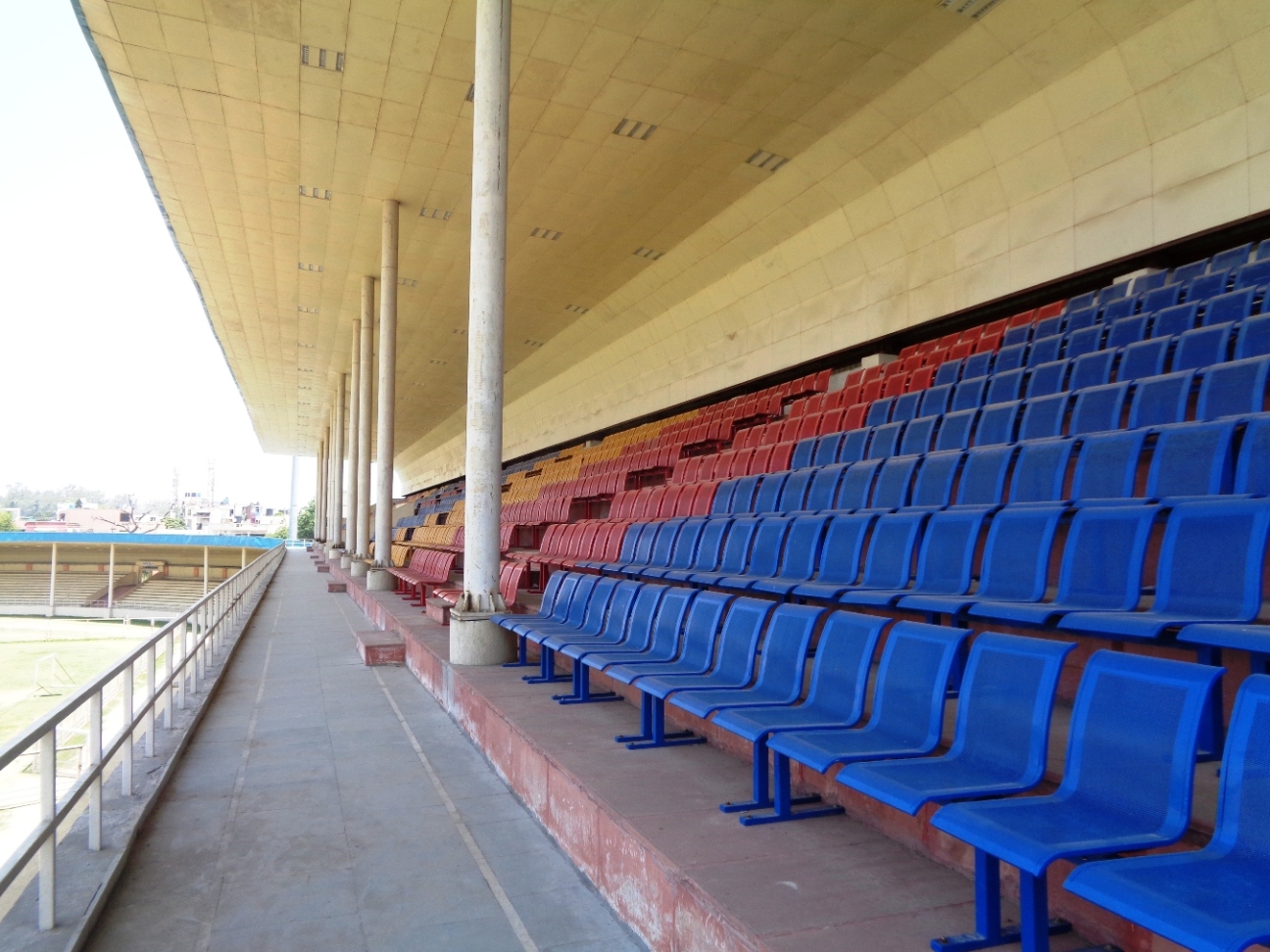 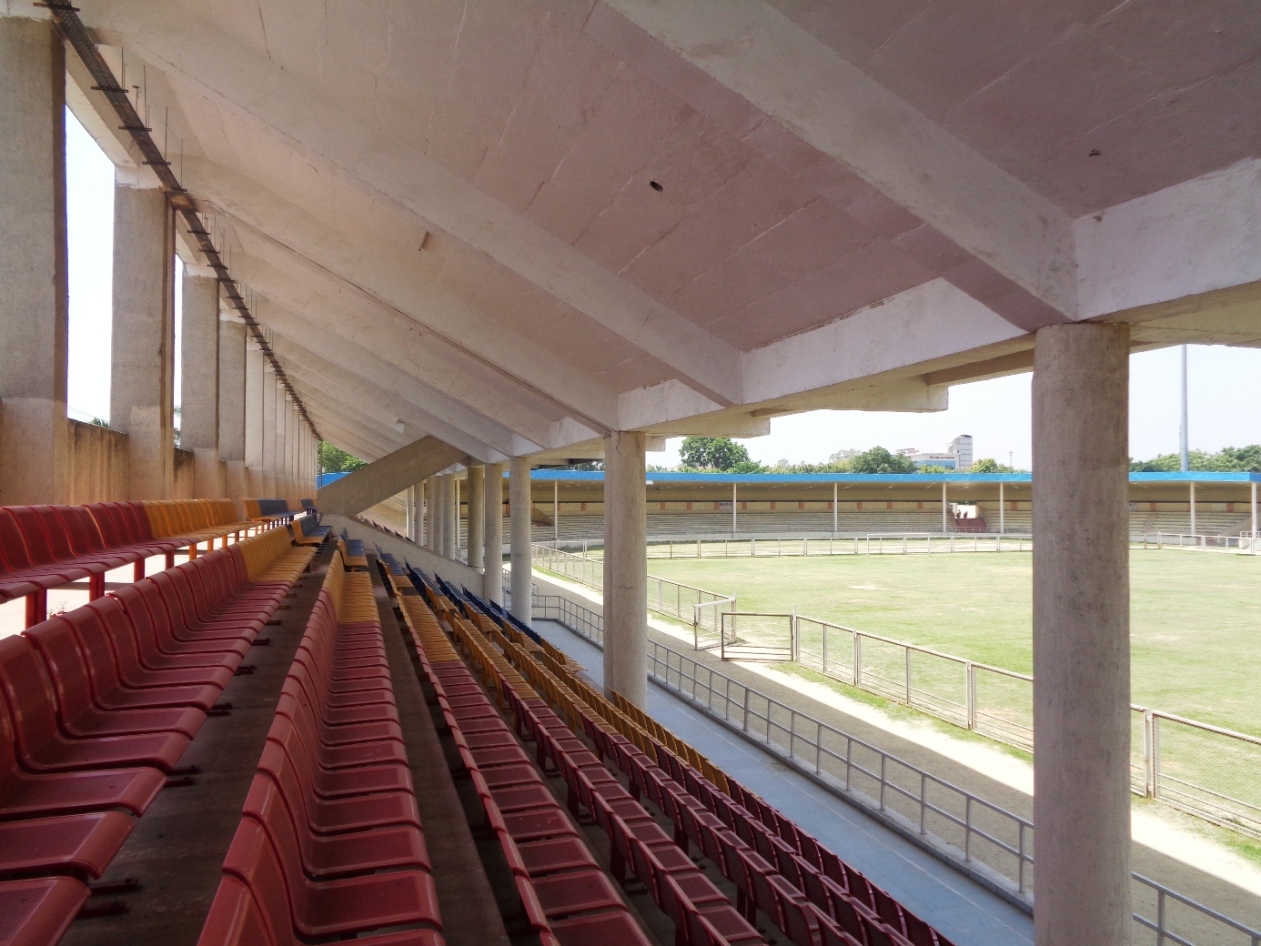 Apart from these pavilions, the remaining two portions of the stadium have been provided with single-level seating steps. These steps too, have steel canopies thus making the stadium with hundred per cent covered seating areas.

The central play area includes a football ground and a 400-metre athletic track along with space for other athletic events. Amongst the other facilities are the flood lights which enable the stadium to host matches at night also. 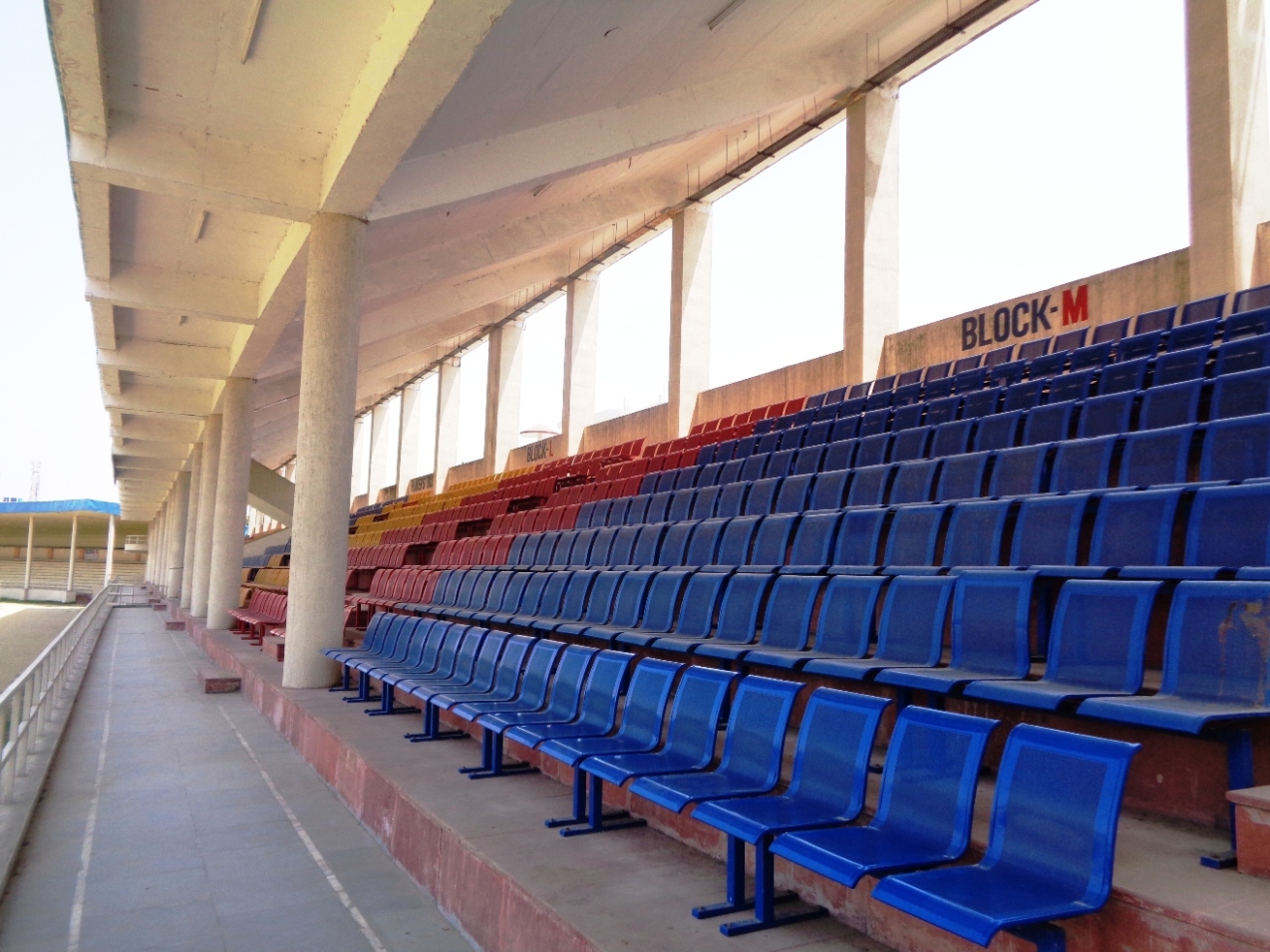 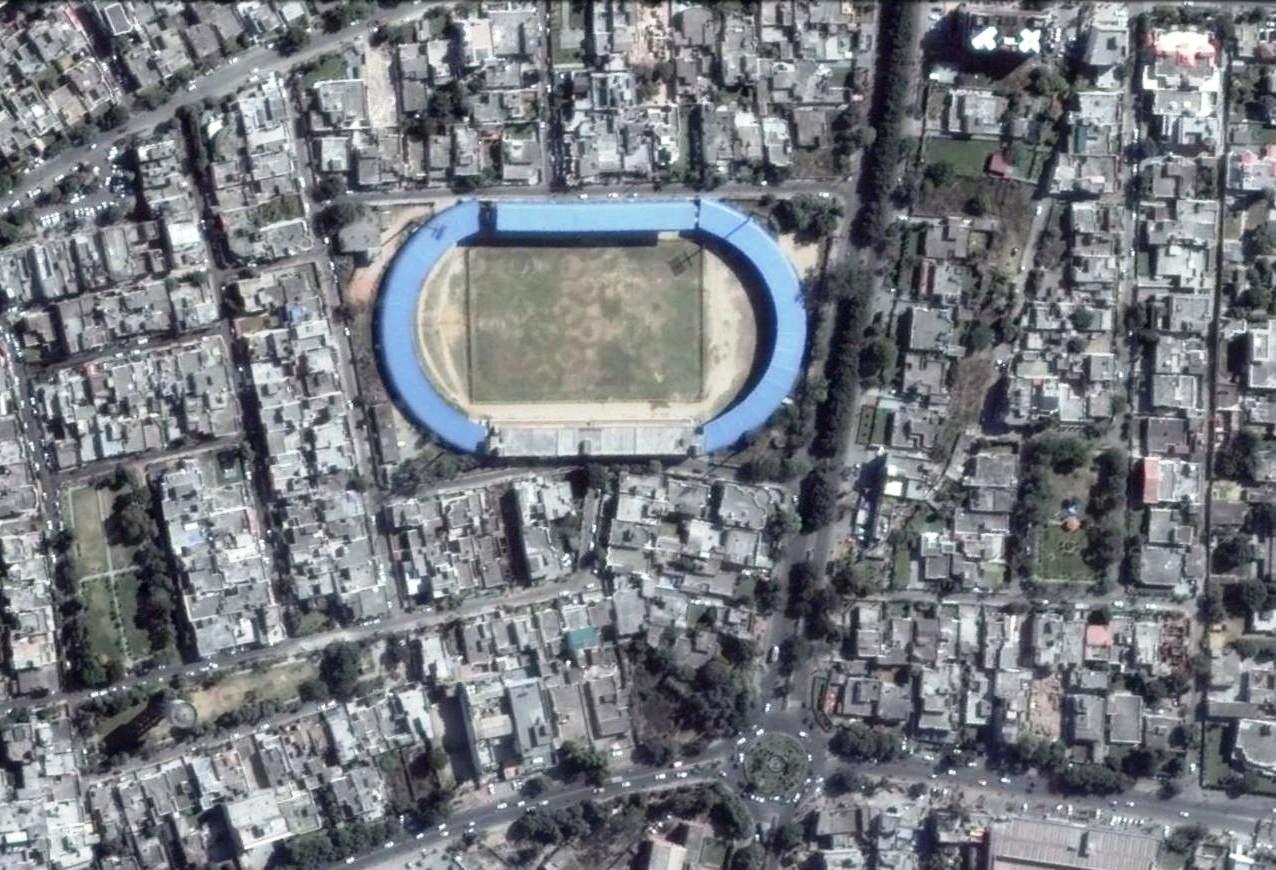 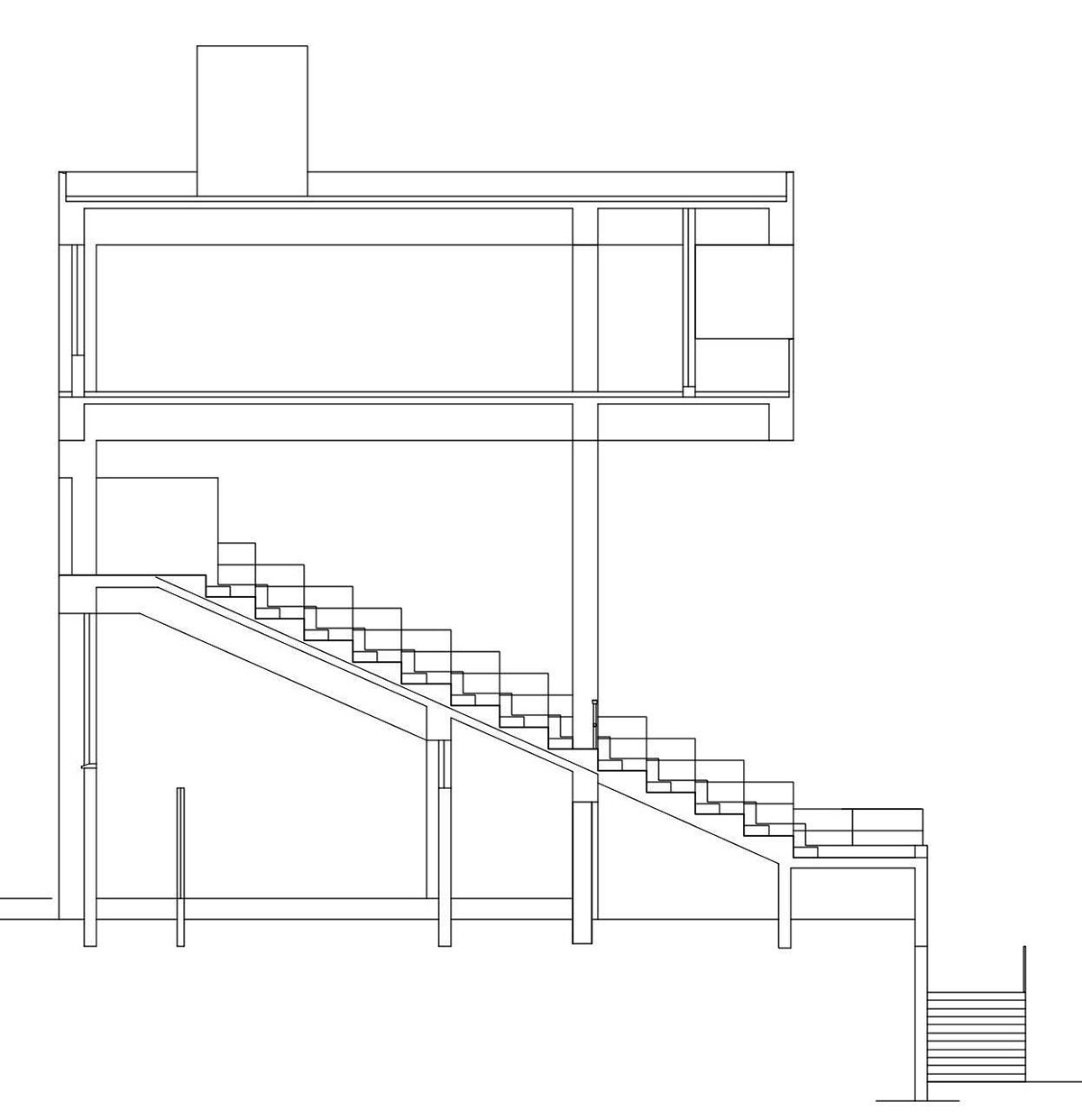 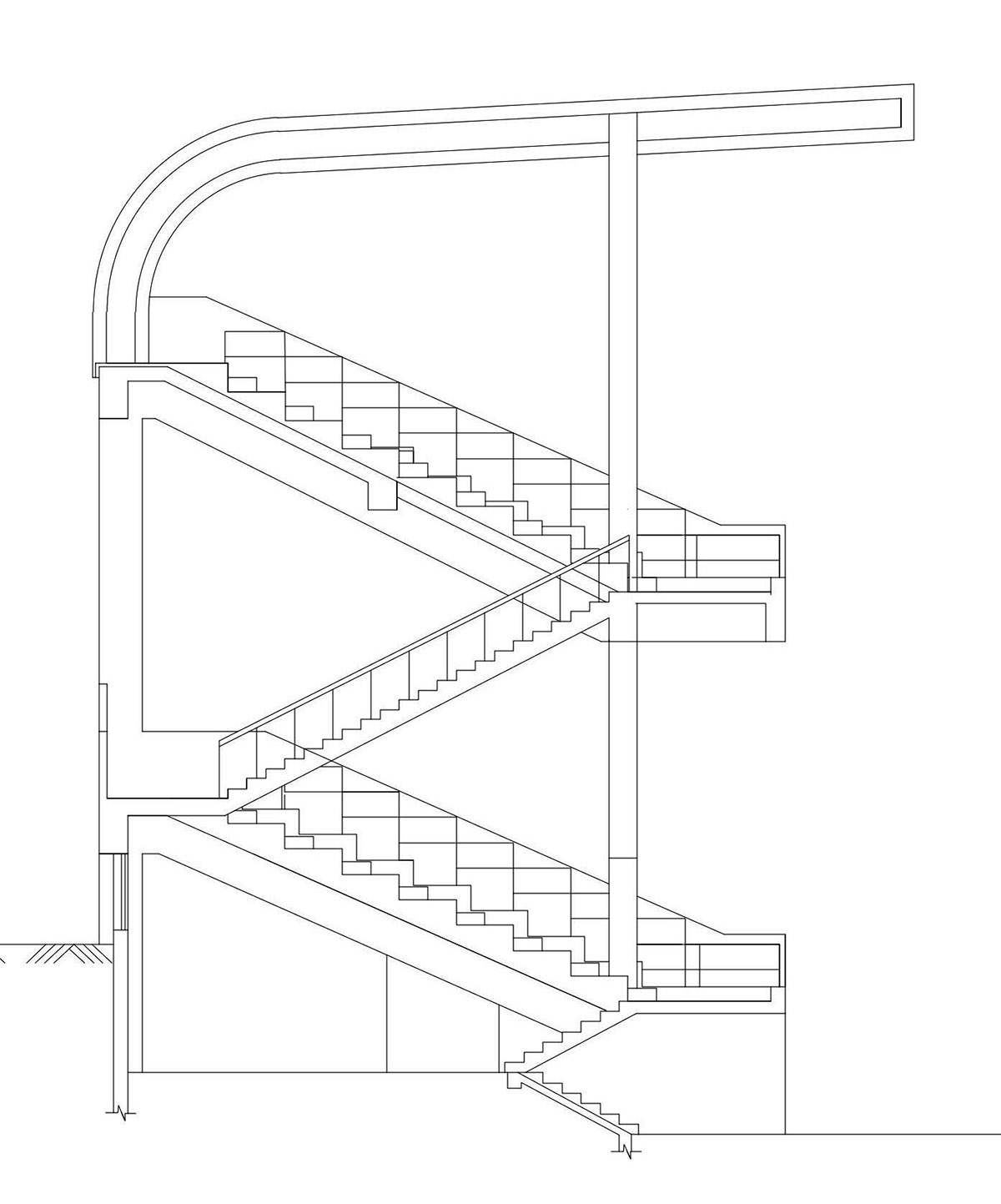 > via Modern Regionalism: The Architecture of Sarbjit Bahga