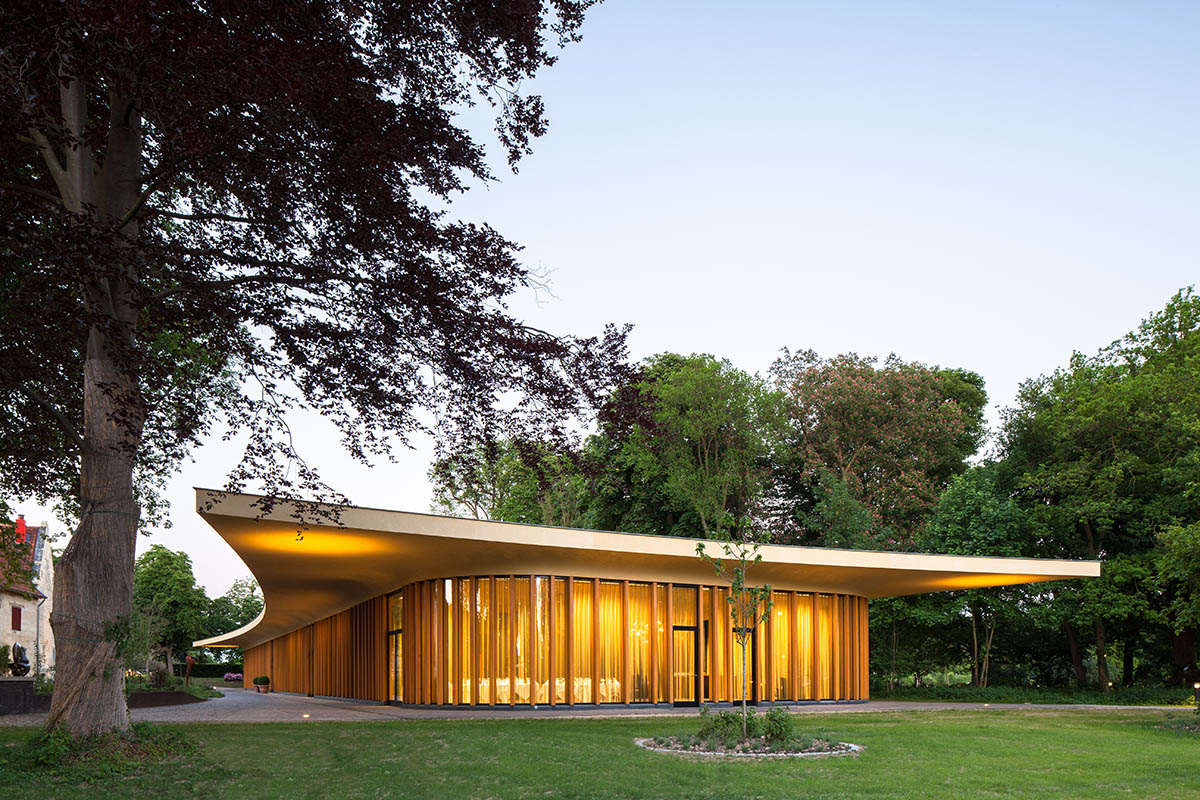 Mecanoo has completed a transparent and artful pavilion made out of marlstone, bluestone and oak to adapt the historic village of Valkenburg Aan De Geul in Netherlands. The pavilion features a series of oak slices on the facade and an elegantly cantilevered-curve roof among old trees in this historic aura.

Named St. Gerlach Pavilion and Manor Farm, Château St. Gerlach is an estate near Maastricht, situated in the middle of the hilly Limburg countryside: a unique complex with a luxury hotel, restaurant and spa. Mecanoo's intervention gently balances the historic buildings on the site with pure and flat form. 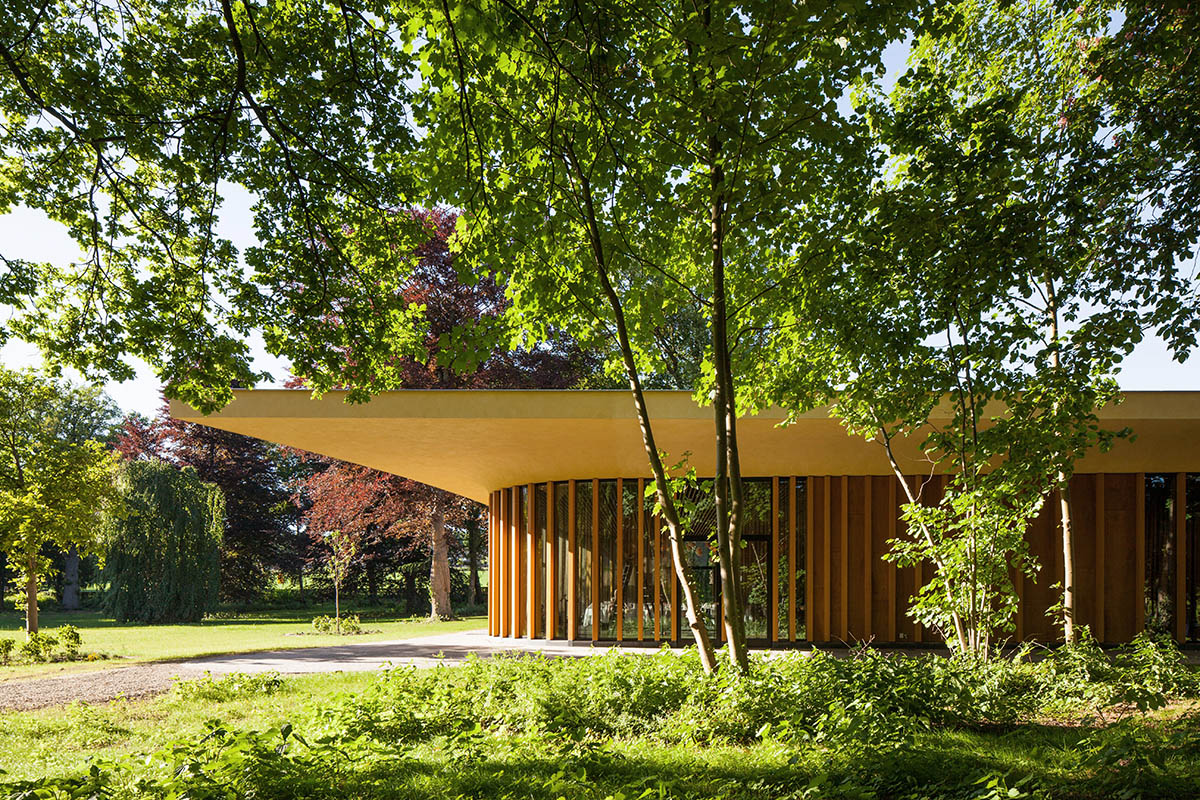 The pavilion completes the ensemble of the Château built in 1661, the St. Gerlachus Church built in 1727, the Farmstead built in 1759 and the Manor Farm completed in 1668. The estate is now clearly visible from the public road, and has gained new significance for the village of Houthem. 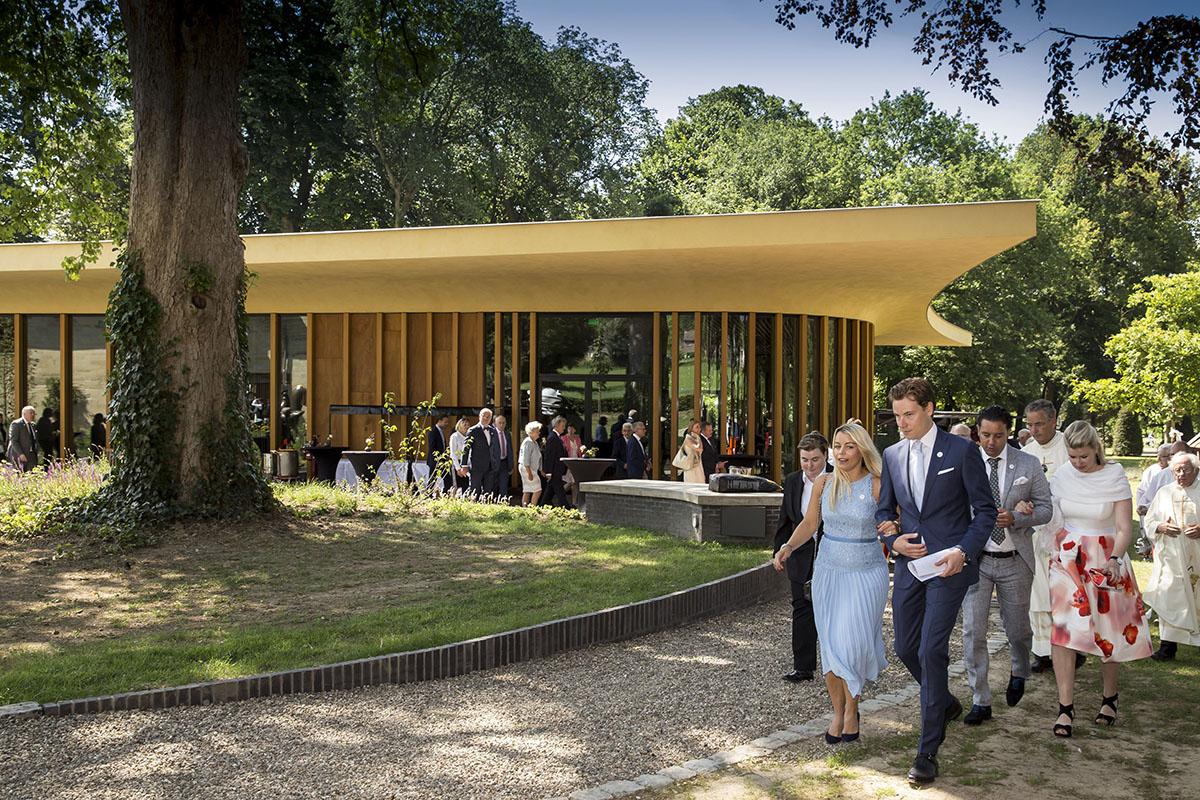 "The design for the St. Gerlach Pavilion features a cantilevered roof with a beautiful curve. The materials used are inspired by the natural surrounding of Limburg: marlstone, bluestone and oak," said Francine Houben, founding partner and creative director of Mecanoo architecten.

"From the pavilion, guests will have diverse views over the château, the hills, the meadow and the manor farm." 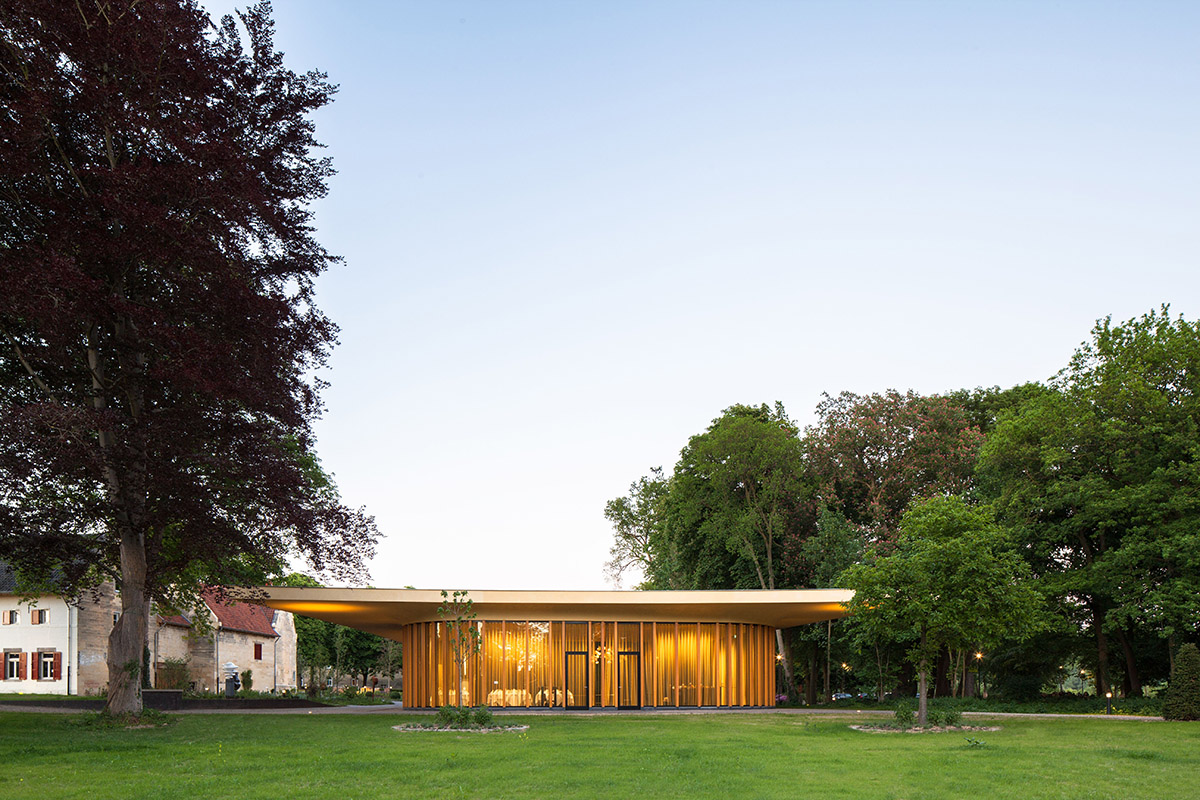 The three large multifunctional meeting rooms can be used separately or combined, offering a unique location for a variety of meetings and events. 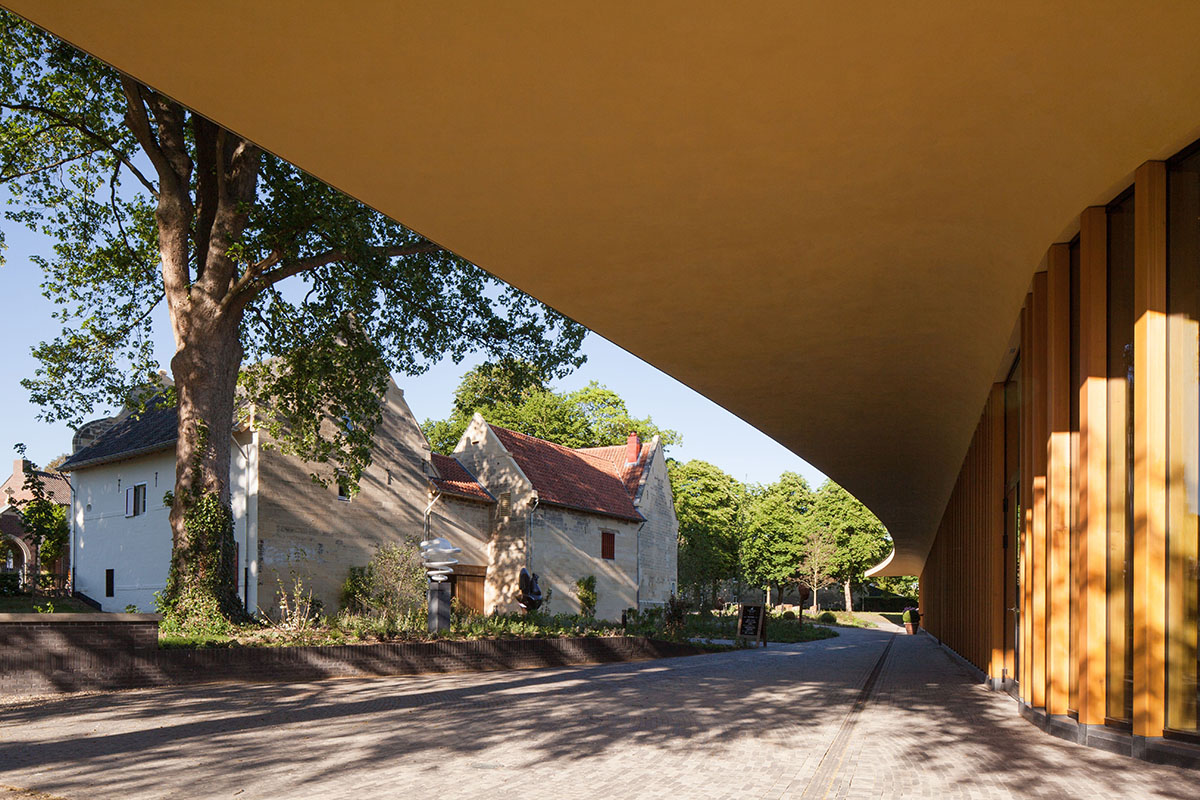 The pavilion's program consists of a 1,300 square-metre conference and event facility with three multifunctional meeting rooms, lobby, kitchen, and with renovated manor farm - occupying a 495 square-metre space - and landscape.

The manor farm, a national monument from 1668, has been renovated to house small meeting rooms as well as a café to have lunch or coffee. This new public function serves the local community. An intimate 'village square' between the pavilion and the manor farm can be used as an outdoor extension of the foyer. 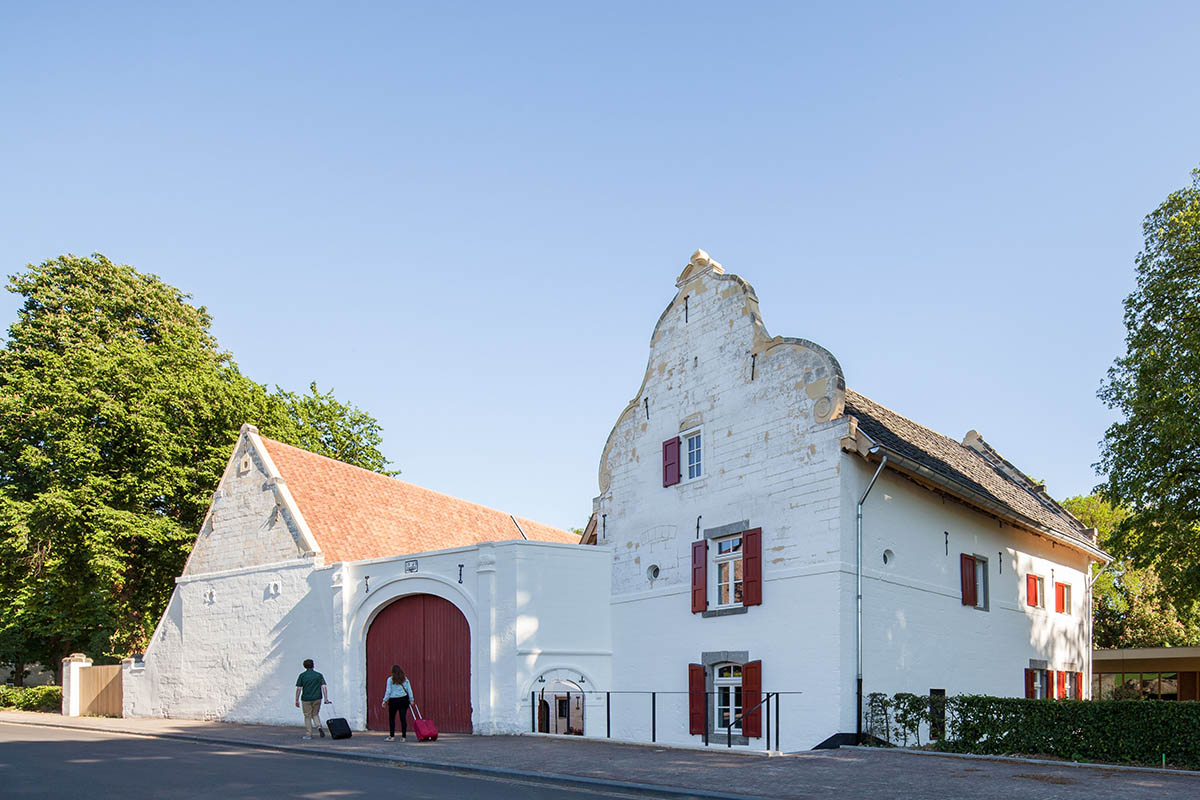 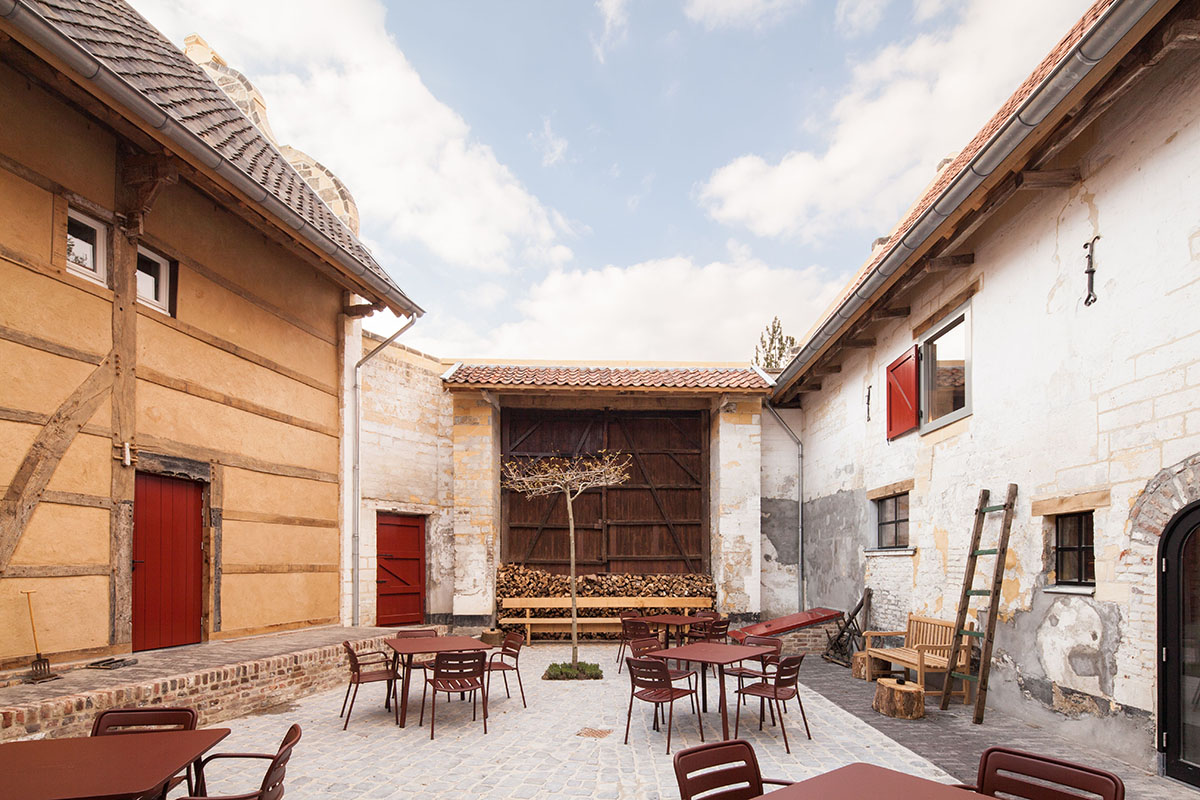 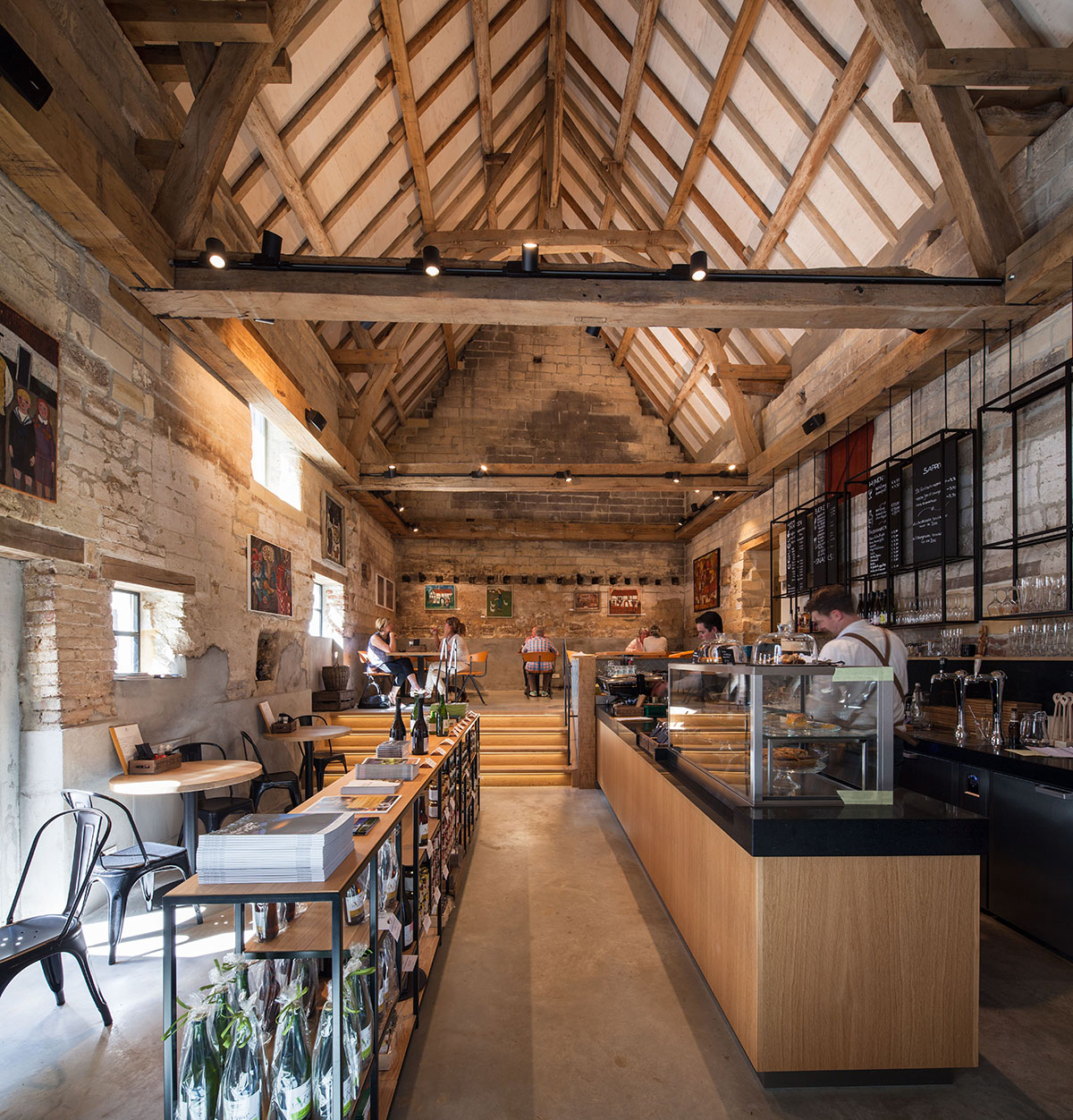 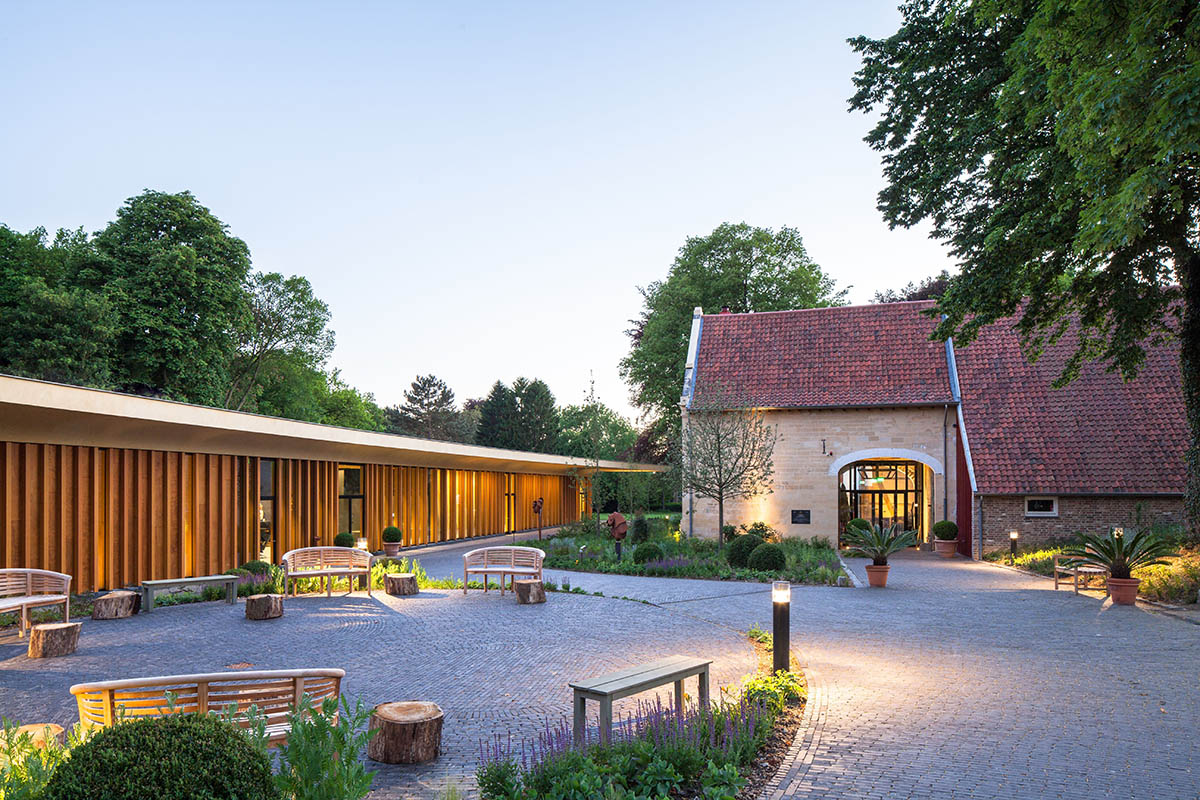 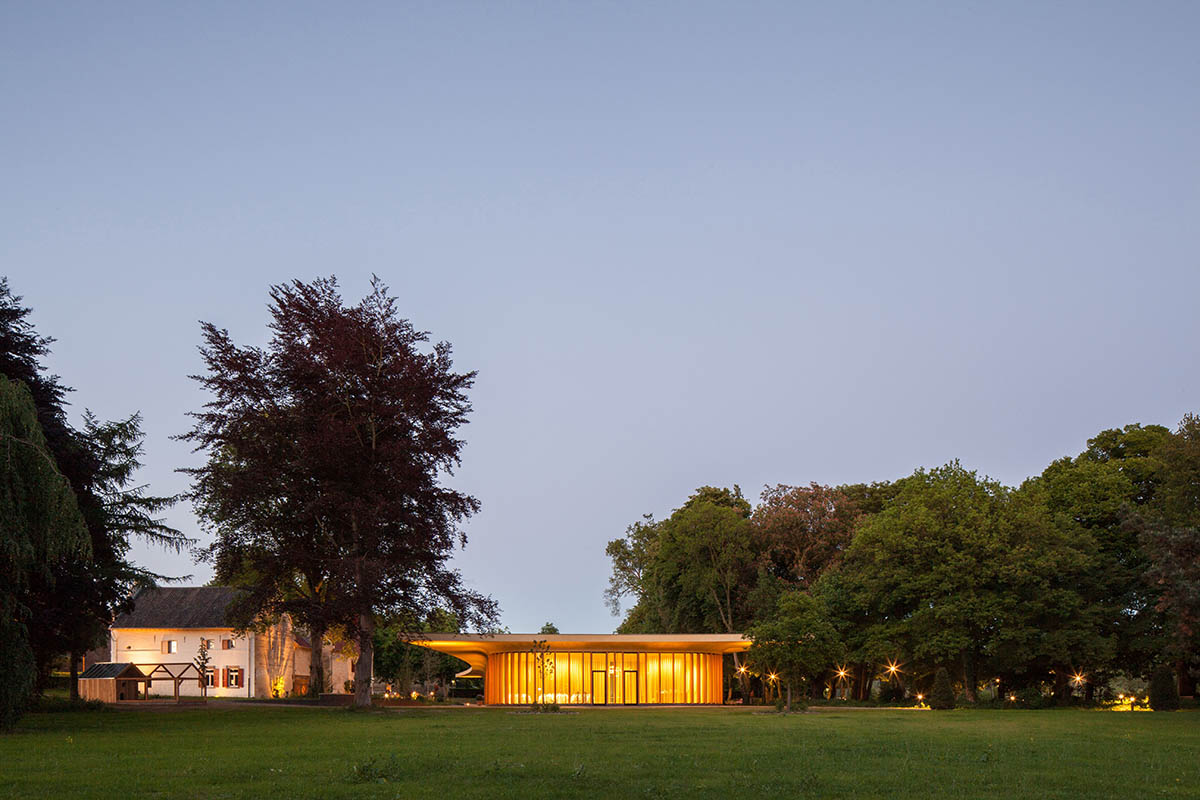 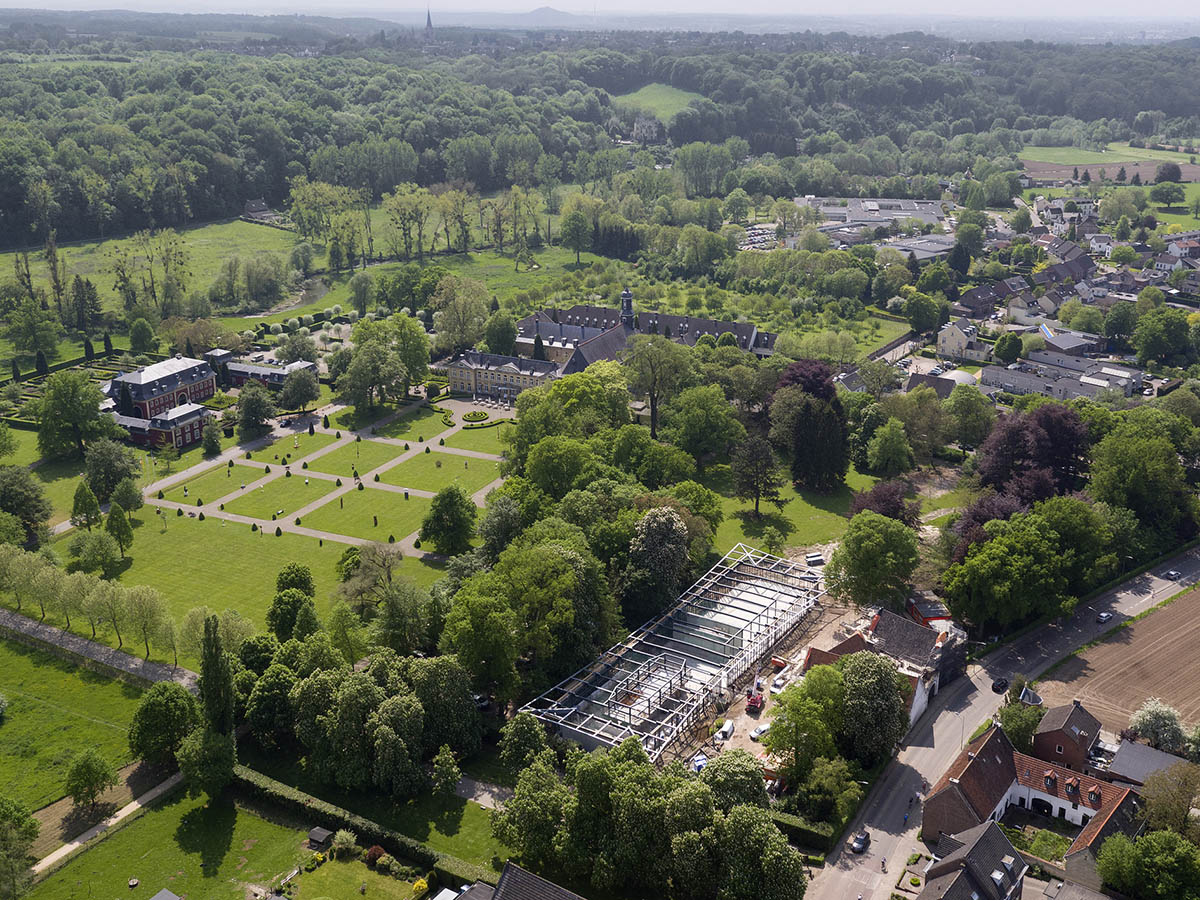 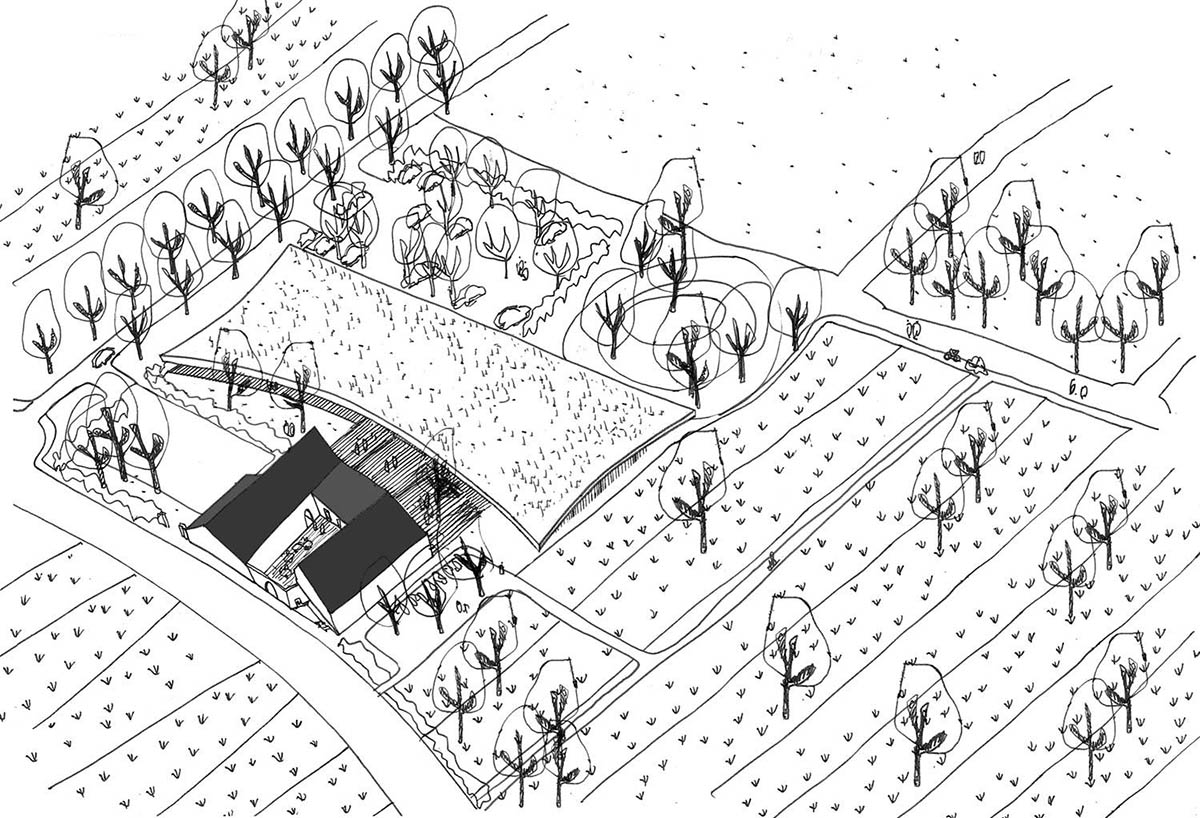