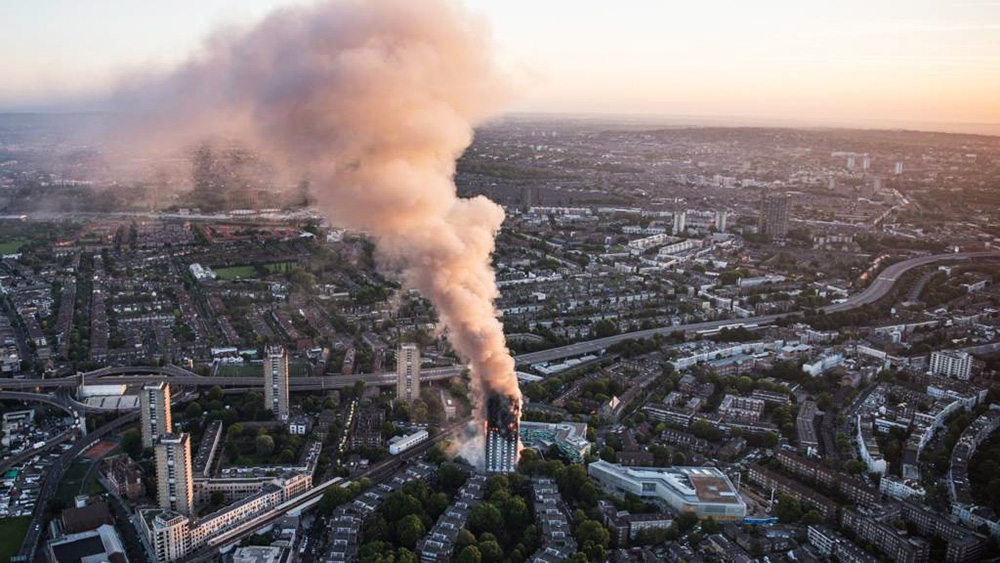 A devastating fire, breaking out at the 24-storey Grenfell Tower next to Notting Hill, killed 12 people yesterday and sources reported that 79 people were taken to the hospital, up to 600 people are believed to have been inside 120 flats and 18 people are still under critical care. There are still "unknown numbers" of bodies in Grenfell Tower, according to reports.

Architects and construction experts are trying to understand the reason of this devastating fire. Many architects and fire experts consider that it was "a disaster waiting happen" because of the building's poor fire safety materials, as they have been seen in "hundreds of tower blocks across the UK", according to a detailed analysis of architect and fire expert Sam Webb published in The Guardian. 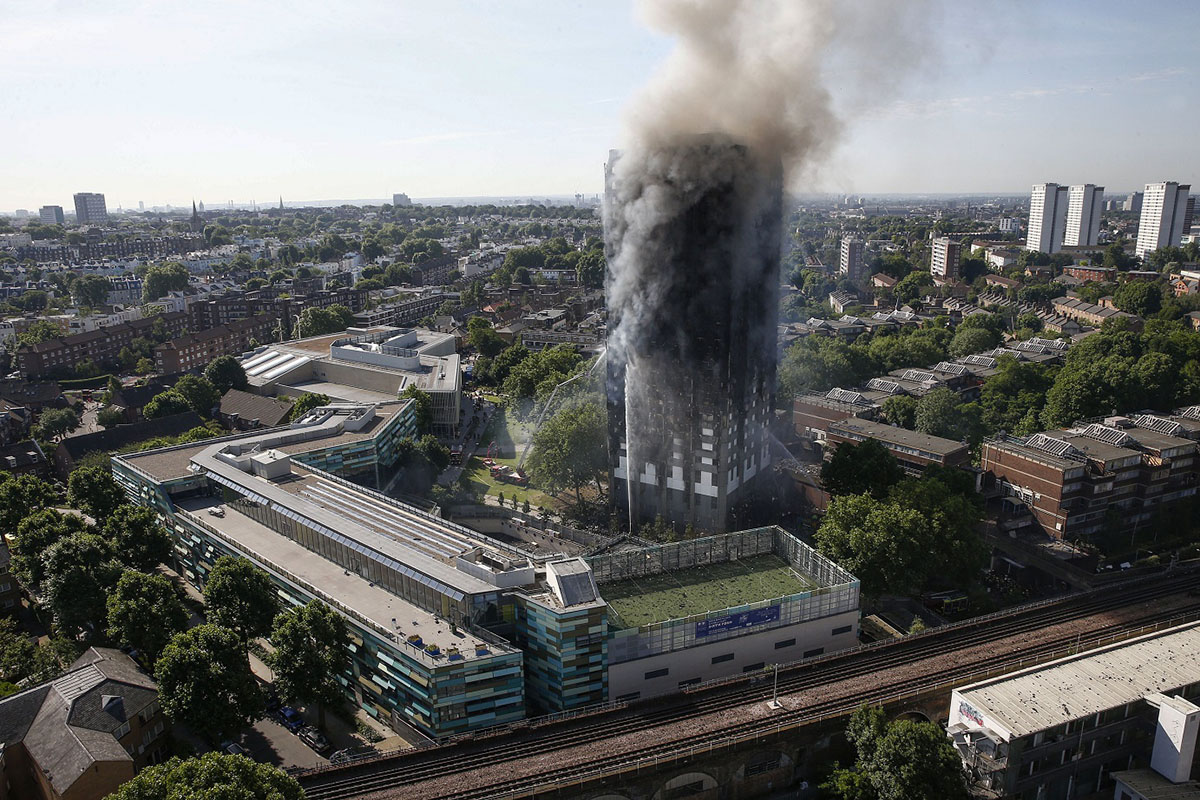 Image courtesy of The London Economic

The Grenfell Tower, located in north Kensington - west London, was built in 1974 and had already got a £8.6 million refurbishment in May last year. According to The Guardian newspaper, the building was covered by "ACM cassette rainscreen" panels, an aluminium composite material covering insulation panels, but it is considered that this material could have caused the fire to spread more quickly up the facade of the tower.

The reports say that Kensington and Chelsea Council admitted it had received complaints over the works, after a residents' action group said its warnings about safety had fallen on "deaf ears". 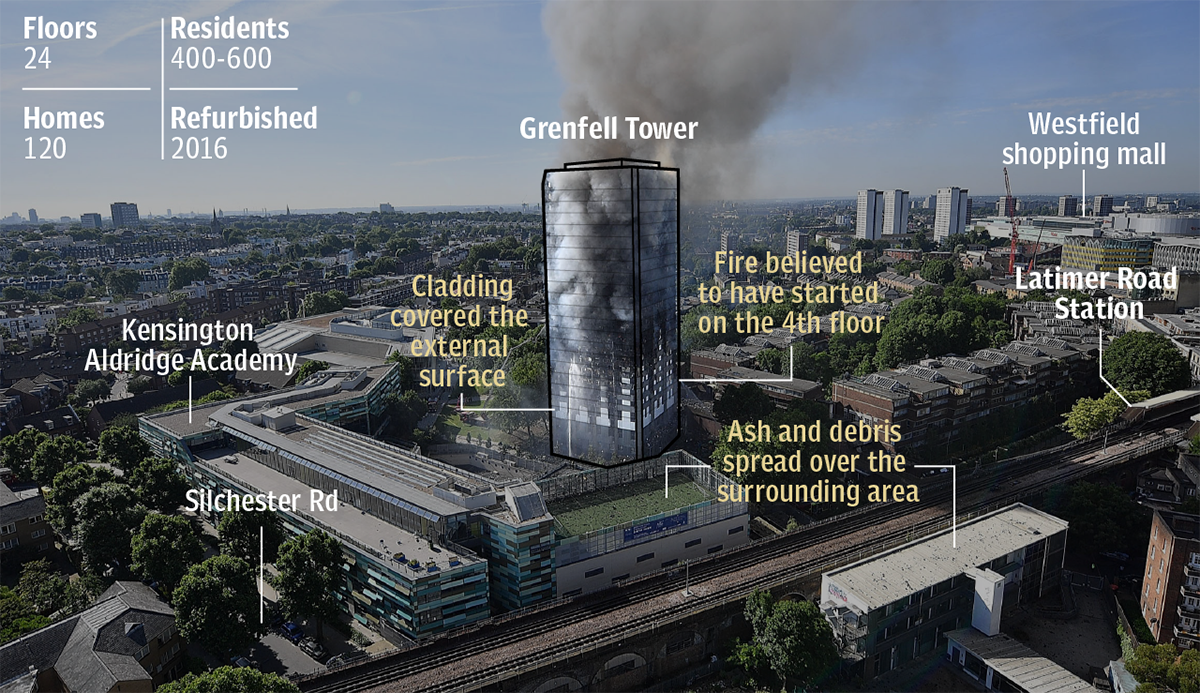 "Concerns had also been raised about exposed gas pipes weeks before the devastating blaze," detailed the reports.

"Rydon, the firm that carried out the refurbishment work, said the project "met all required building regulations", in its latest statement following the fire. But a line stating that the project had met all "fire regulation and health and safety standards", which was included in an earlier release, had disappeared."

However, in this case, Sam Webb draws a larger picture of "fire safety standards" not only for tower blocks across UK built in the early 1990s but also for many postwar high-rise buildings suffered from flammable materials, published in the Architects' Journal in 2009. 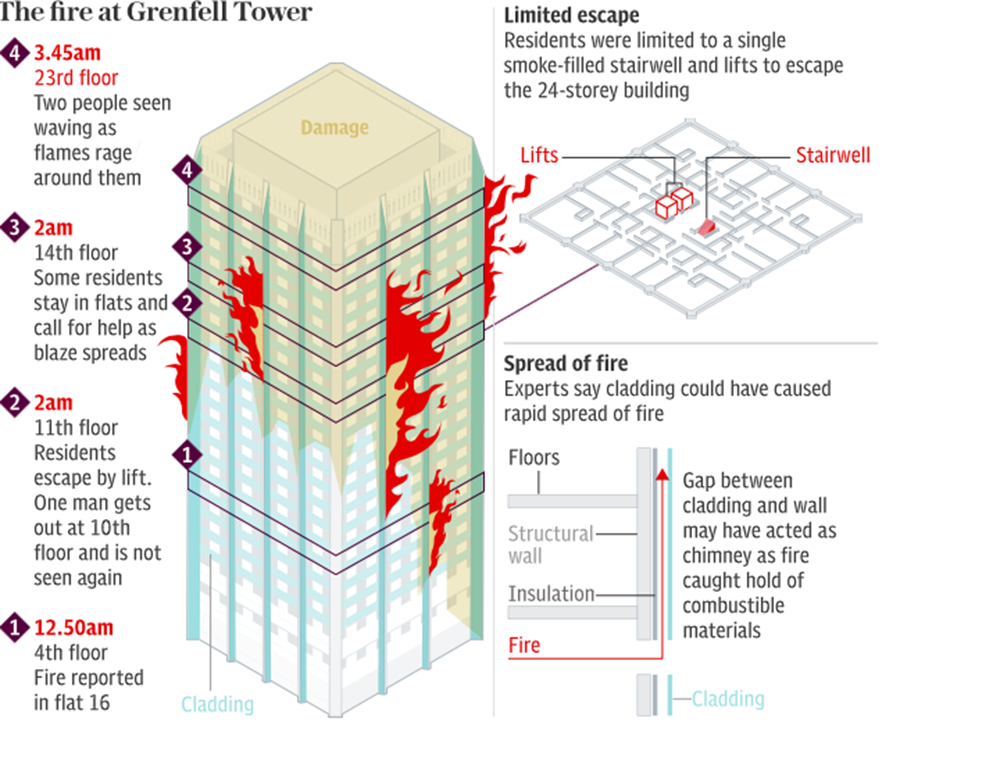 "We are still wrapping postwar high-rise buildings in highly flammable materials and leaving them without sprinkler systems installed, then being surprised when they burn down," said Sam Webb.

"We discovered a widespread breach of safety, but we were simply told nothing could be done because it would make too many people homeless."

"I really don’t think the building industry understands how fire behaves in buildings and how dangerous it can be. The government’s mania for deregulation means our current safety standards just aren’t good enough," he told The Guardian newspaper.

Prime Minister Teresa May is expected to visit the building site today and to speak about the emergency services that need to be followed up for this tragedy. May also promised that a "proper investigation" and necessary precautions will be taken related to growing concerns.

> via  The Telegraph / The Guardian