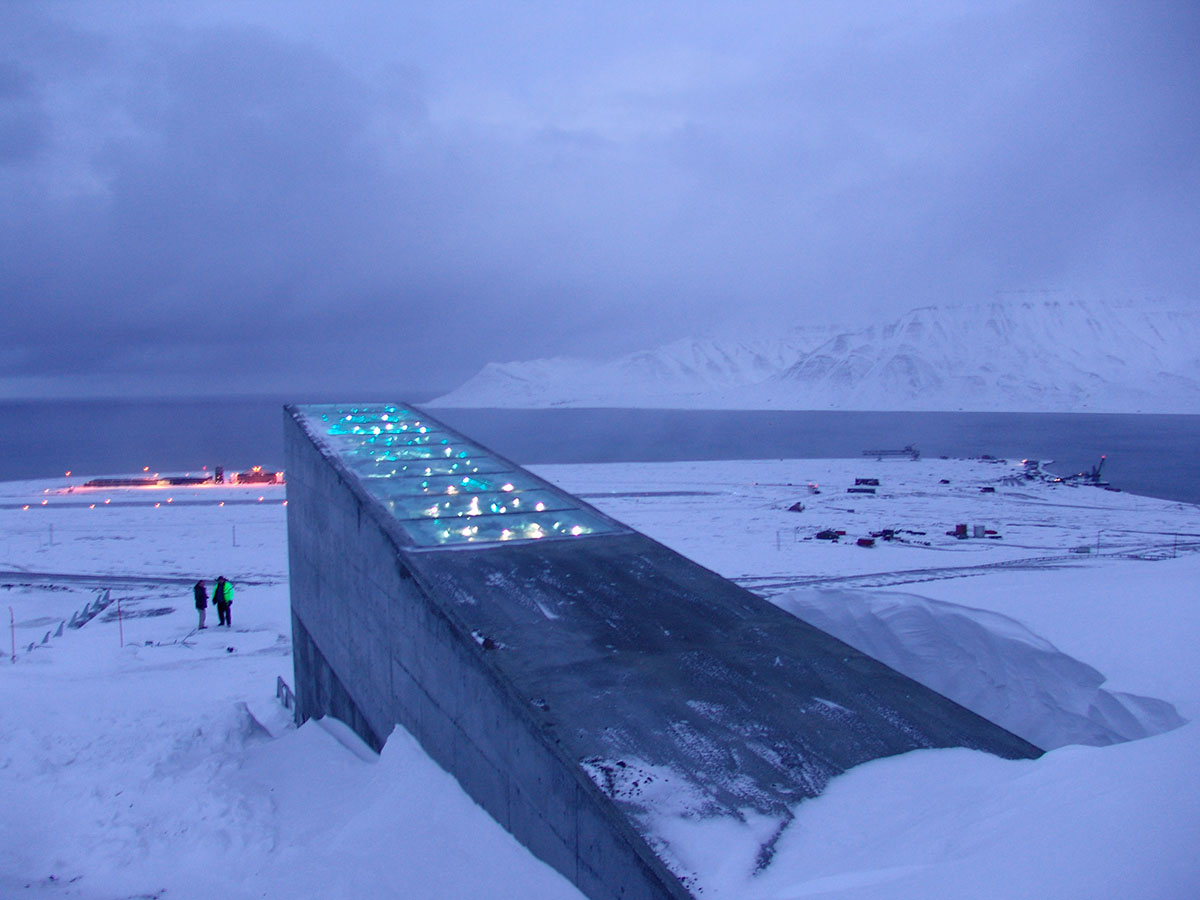 The Svalbard Global Seed Vault, known as the world's largest secure seed storage, is now prepared to get a major upgrade to resist against external hazards and climate change, has been announced by the Norwegian Government. Located in the permafrost, 1300 kilometers beyond the Arctic Circle, the Global Seed Vault was opened by the Norwegian Government in February 2008 and the Vault currently holds more than 930,000 samples, originating from almost every country in the world.

The structure, conceived as the world’s unique crop genetic material, houses several seeds inside ranging from unique varieties of major African and Asian food staples such as maize, rice, wheat, cowpea, and sorghum to European and South American varieties of eggplant, lettuce, barley, and potato. 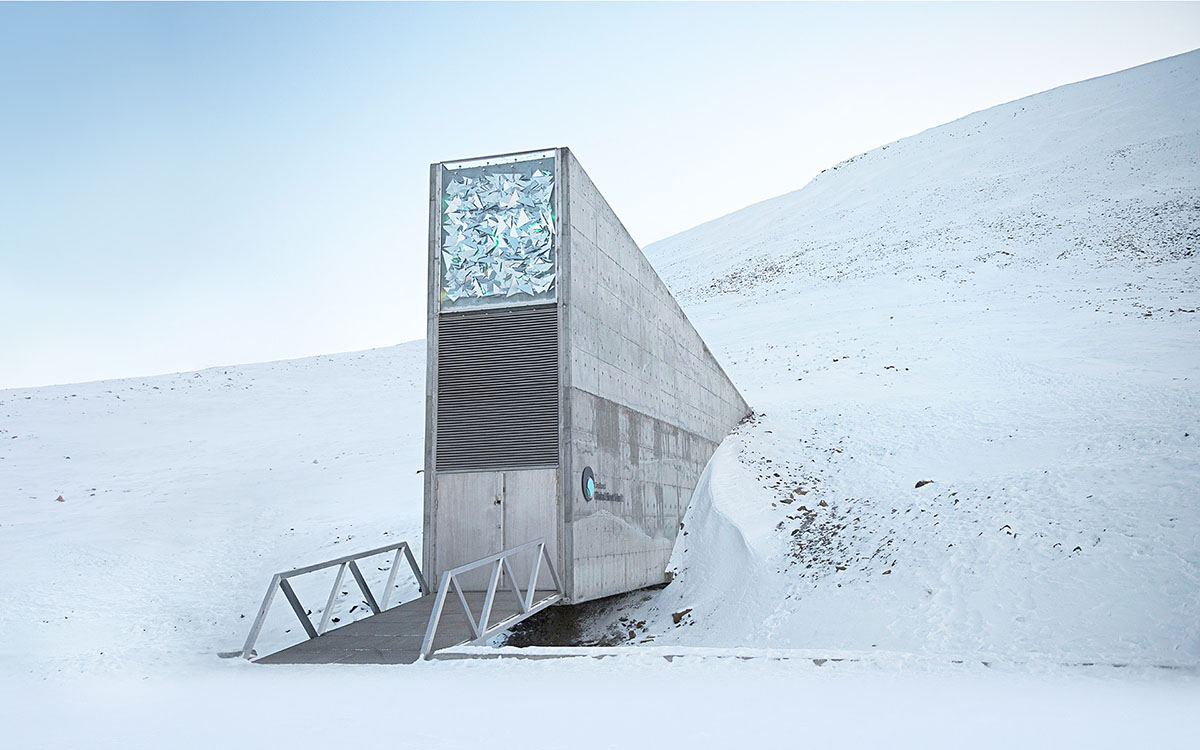 Entrance of the Vault. Image courtesy of Crop Trust

The Vault already consists of the most diverse collection of food crop seeds in the world. But, recently, the Vault endangers due to the harsh climate conditions suffered from a water leak from its access tunnel. To provide an infinity physical protection, the Vault will get major technical improvements, which costs $4.4M in total. The total construction cost of the Vault is $9M.

The vault, designed by Peter W Søderman MNAL of Barlindhaug Consult, marks the Arctic region with its concrete prow. The main entrance of the structure presents a narrow opening - leads to a tunnel and continues deep into the permafrost and to the three underground chambers for storage of the actual seeds. 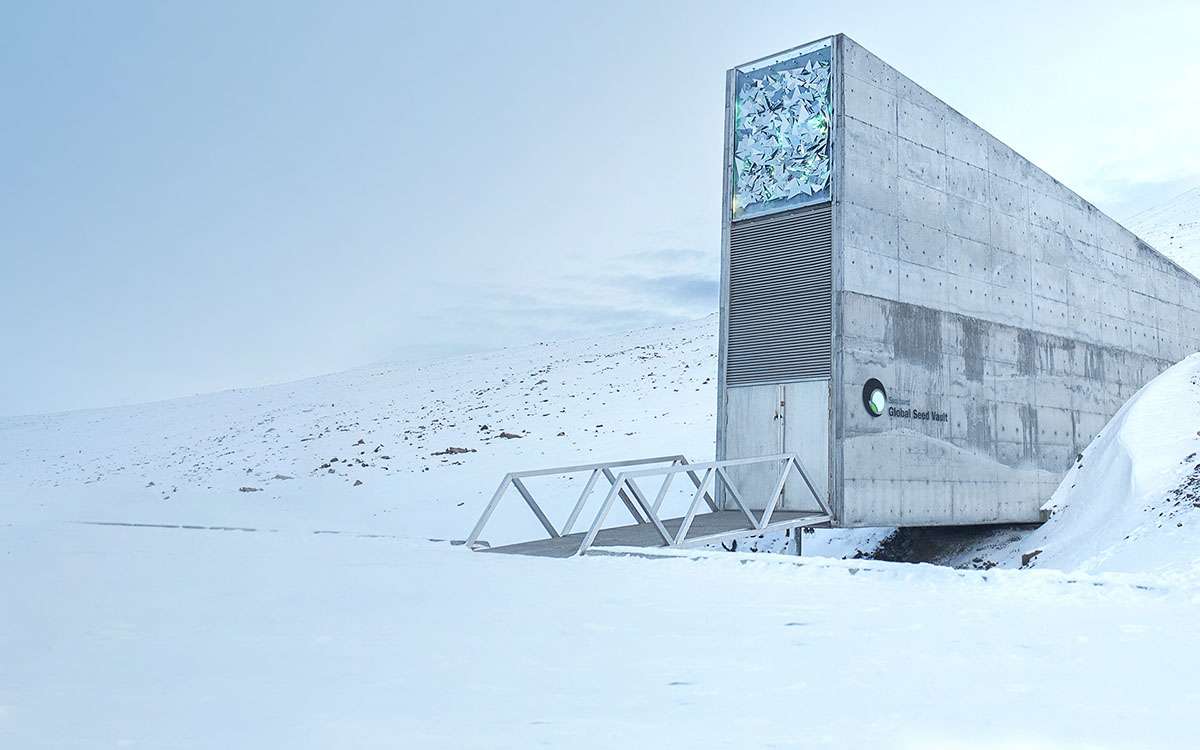 Entrance of the Vault. Image courtesy of Crop Trust

"The background to the technical improvements is that the permafrost has not established itself as planned," said a government statement. "A group will investigate potential solutions to counter the increased water volumes resulting from a wetter and warmer climate on Svalbard."

It seems that the possible option for the Vault will be a replacement of its access tunnel because the Vault's current tunnel slopes down towards its main door, carrying water towards the seeds. The new sloping tunnel will be arranged upward to take water away from the vault. Covering a total of 1000 square-metre area, the vault is situated in permafrost, at a constant 3-4 degrees Celsius below zero and the interior temperature of the Vault should remain at -18ºC for optimal storage of the seeds, which are stored and sealed in custom made three-ply foil packages.

The roof of the Vault is conceived as an artwork called "Perpetual Repercussion", designed by Dyveke Sanne. The artwork makes the building more visible from far off both day and night, using highly reflective stainless steel triangles of various sizes. 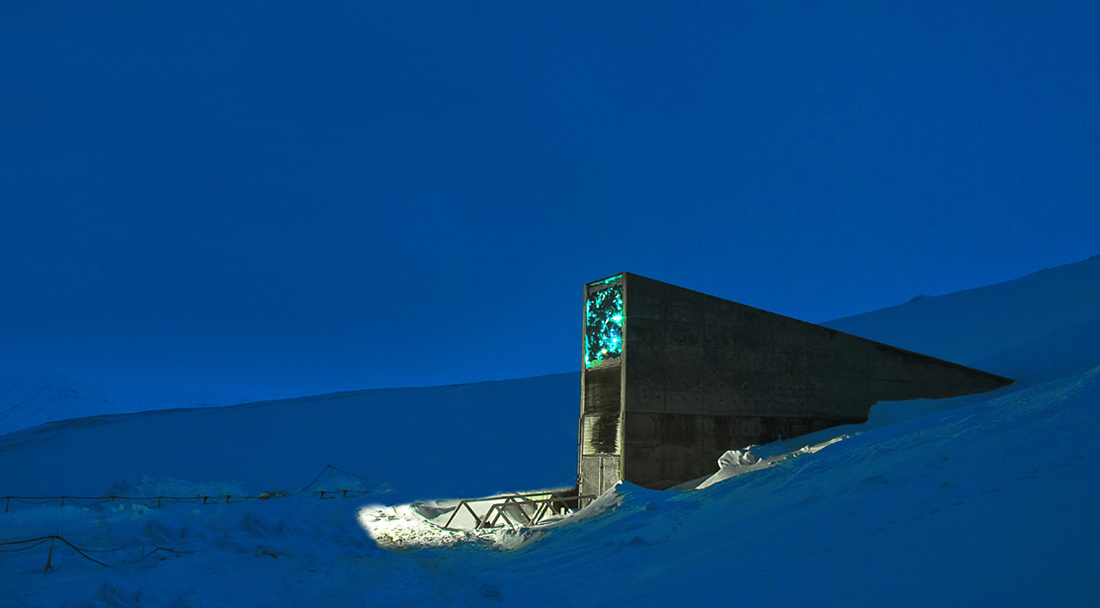 The Vault at night. Image courtesy of Glamox

Combined with refractive elements such as mirrors and prisms, the triangles at the entrance catch and reflect light and sunlight. The appearance changes with the time of day as well as the season.

"The vault hold the seeds of many tens of thousands of varieties of essential food crops such as beans, wheat and rice. In total, the vault now holds seeds of more than 4000 plant species. These seed samples are duplicates of seed sample stores in national, regional and international gene banks," detailed the government. 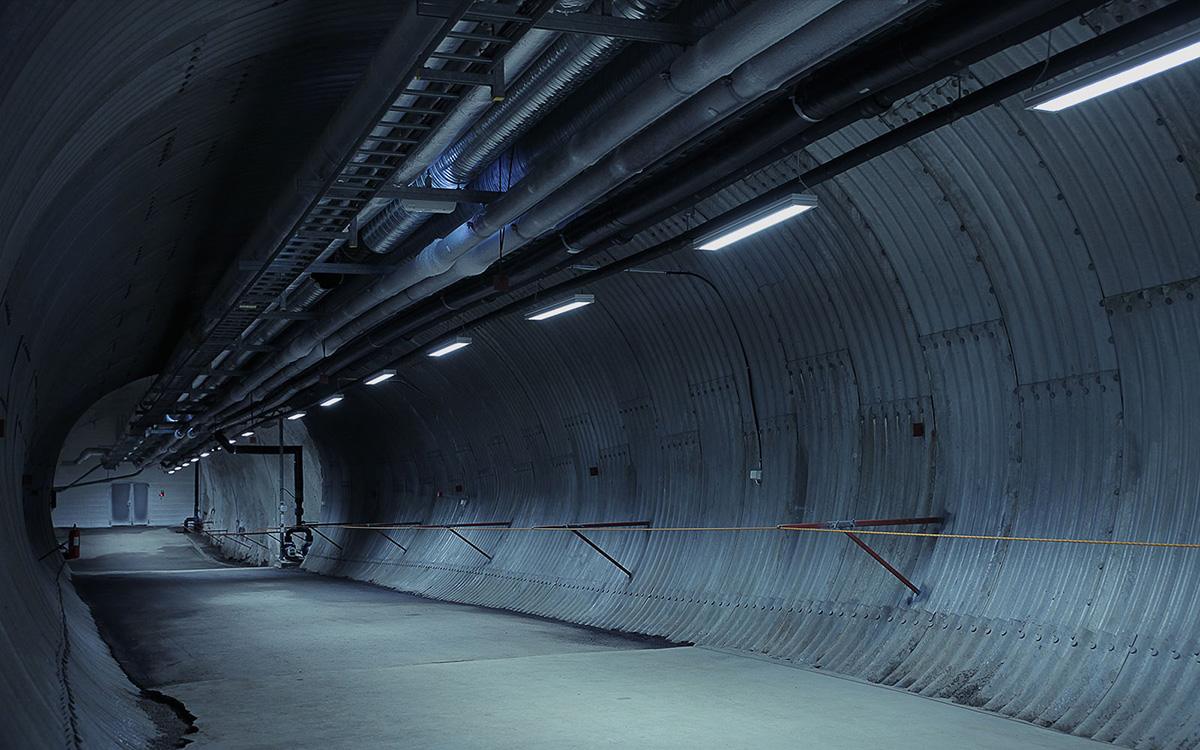 Fully funded by Norwegian Government, the renovation process will be developed in two stages; a $1.6M budget will be spent on new investigation ways to access tunnel, which is expected to be concluded in spring 2018. The rest of the money will be spent for other technical uplifts including "additional security to the seed vault, based on a precautionary approach", noted the government.

The Svalbard Global Seed Vault has the capacity to store 4, 5 million different seed types, and so it can hold duplicates of all the unique seed types currently existing in the many gene banks around the world, and will also be able to accommodate new seed types collected in the future, according to Crop Trust.

The building is designed for virtually infinite lifetime. By building the vault 130 meters into the rock and 130 meters above sea level - the facility should robustly be secured against external hazards and climate change effects.