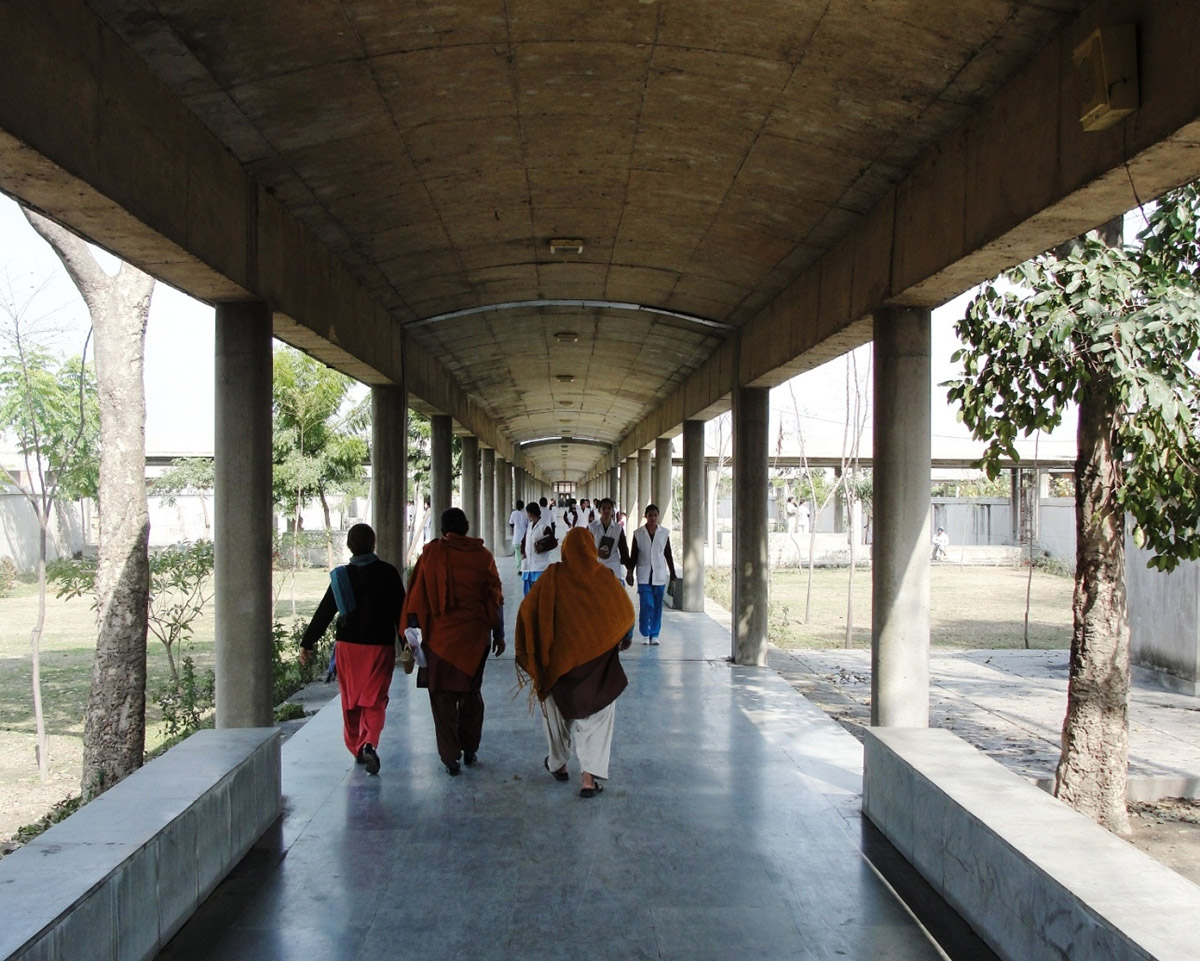 Many architects may not be knowing that world's "Longest Concrete Covered Corridor" is located in Vidya Sagar Institute of Mental Health (VSIMH), Amritsar, Punjab, India. Due to its running length of 1018,89 metres - the longest in the world - the corridor has been featured in the Guinness World Records.

The GWR testimony states, "The longest covered concrete corridor has a total length of 1018,89 metres (3342 feet 9.7 inches) and was designed by Sarbjit Singh Bahga (India) to connect the various buildings of the Dr. Vidya Sagar Institute of Mental Health, Amritsar, Punjab, India." 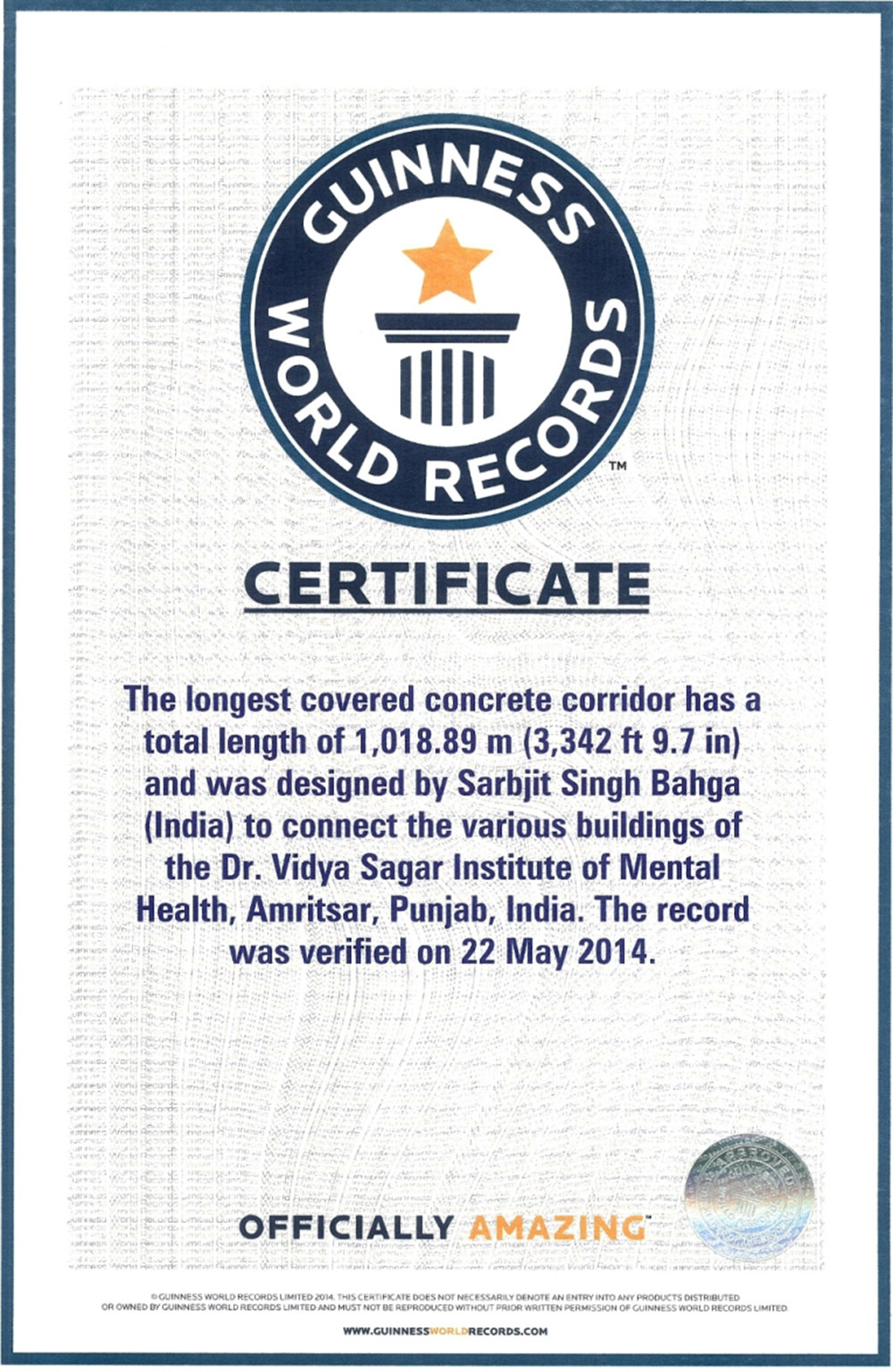 Vidya Sagar Institute of Mental Health has been designed and built on a site of 18 hectares in Amritsar. The campus consists of a number of building blocks to meet the peculiar requirements of a mental hospital. All these blocks have been laid on a strict Cartesian pattern with symmetrical juxtaposition reminiscent of tradition Indian campuses. The built-up masses and open spaces are ingeniously interwoven to create a building-in-the-garden effect.

The entire hospital complex has been linked by vaulted concrete corridor running independently through open spaces with greenery on both the sides. Built-up benches have been provided at certain intervals for casual sitting while walking in the corridor. The intersections of two corridors have been developed as a 6 metre by 6 metre chowk with high roof. 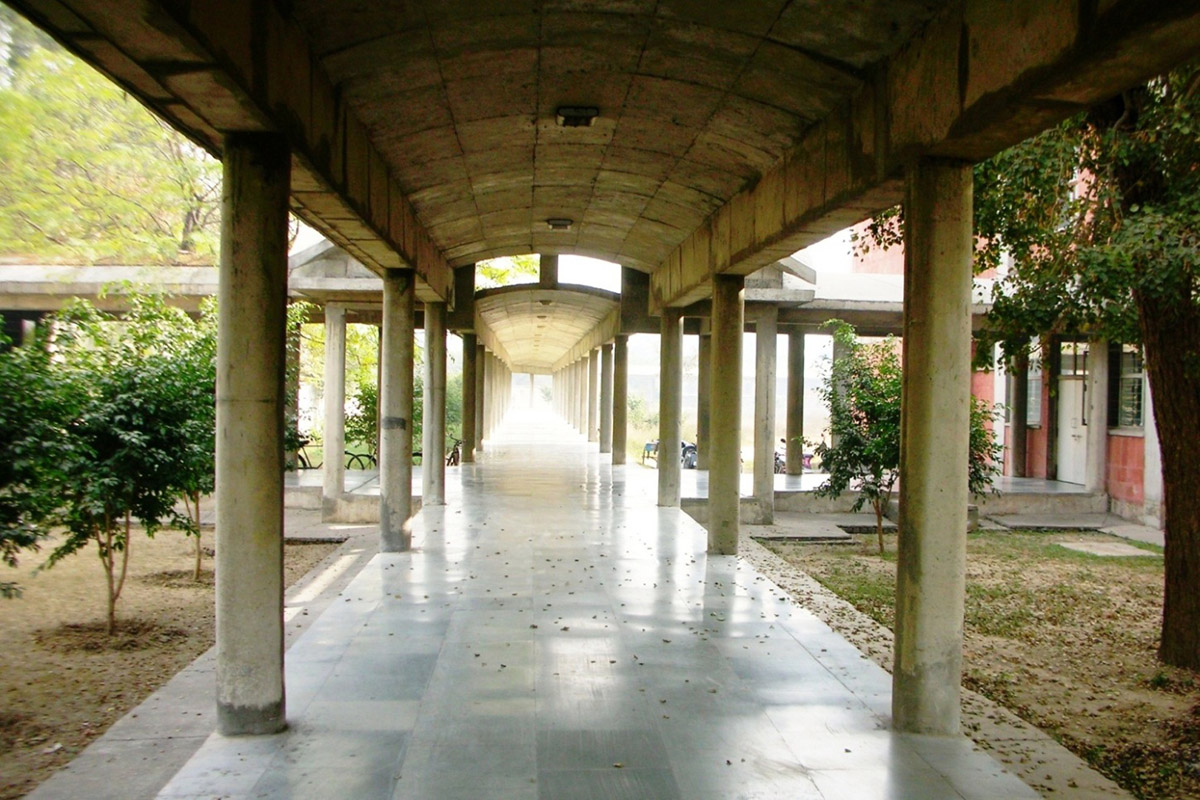 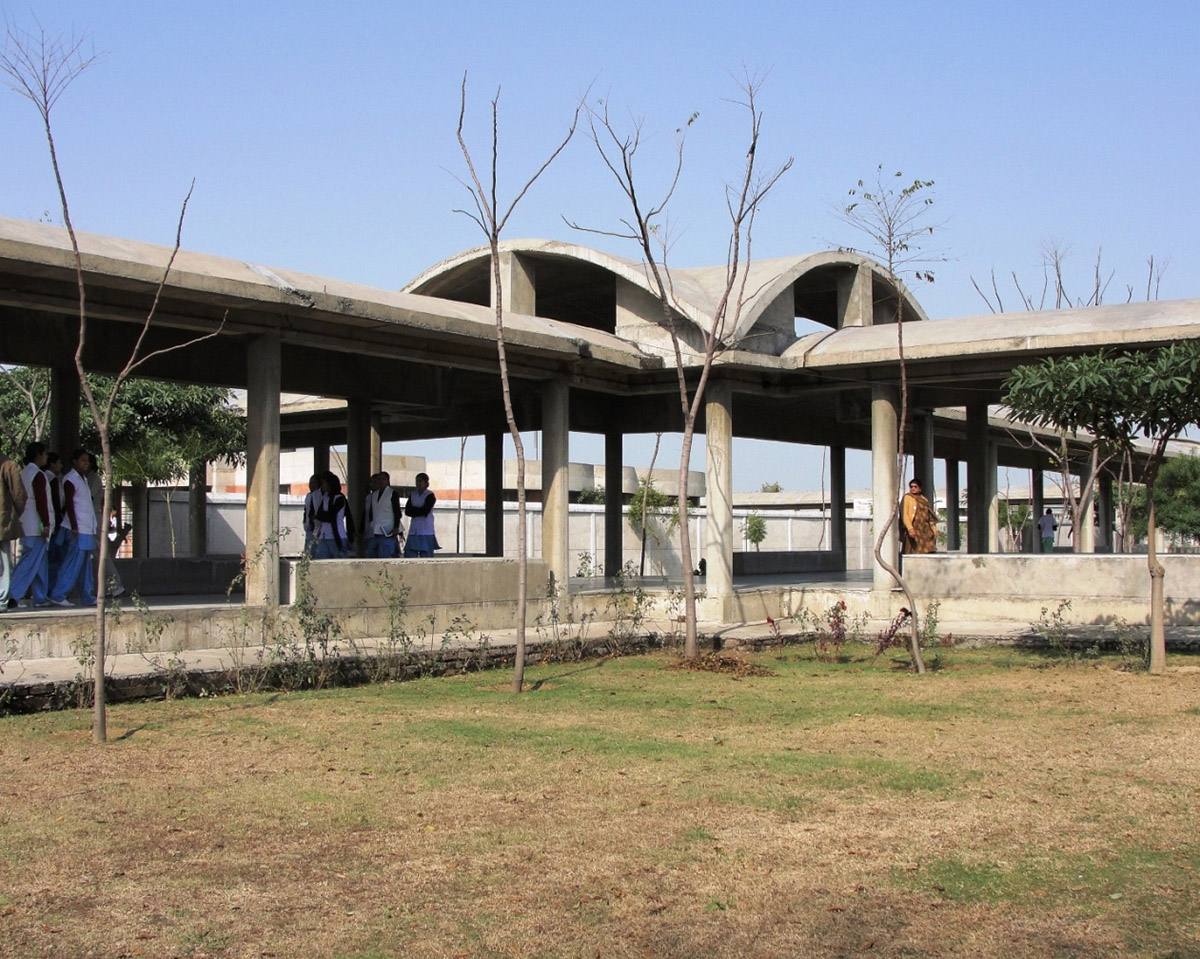 The total running length of the corridor (1018,89m) makes it the world's longest covered concrete corridor. As a result the corridor has been featured in the prestigious 'Guinness World Records'.

It is pertinent to add here that that this length includes only that part of the corridor which runs independently having open space on both the sides. The parts of the corridor which abuts its longer side on any building have not been taken into account as specified by the office of the Guinness World Records. 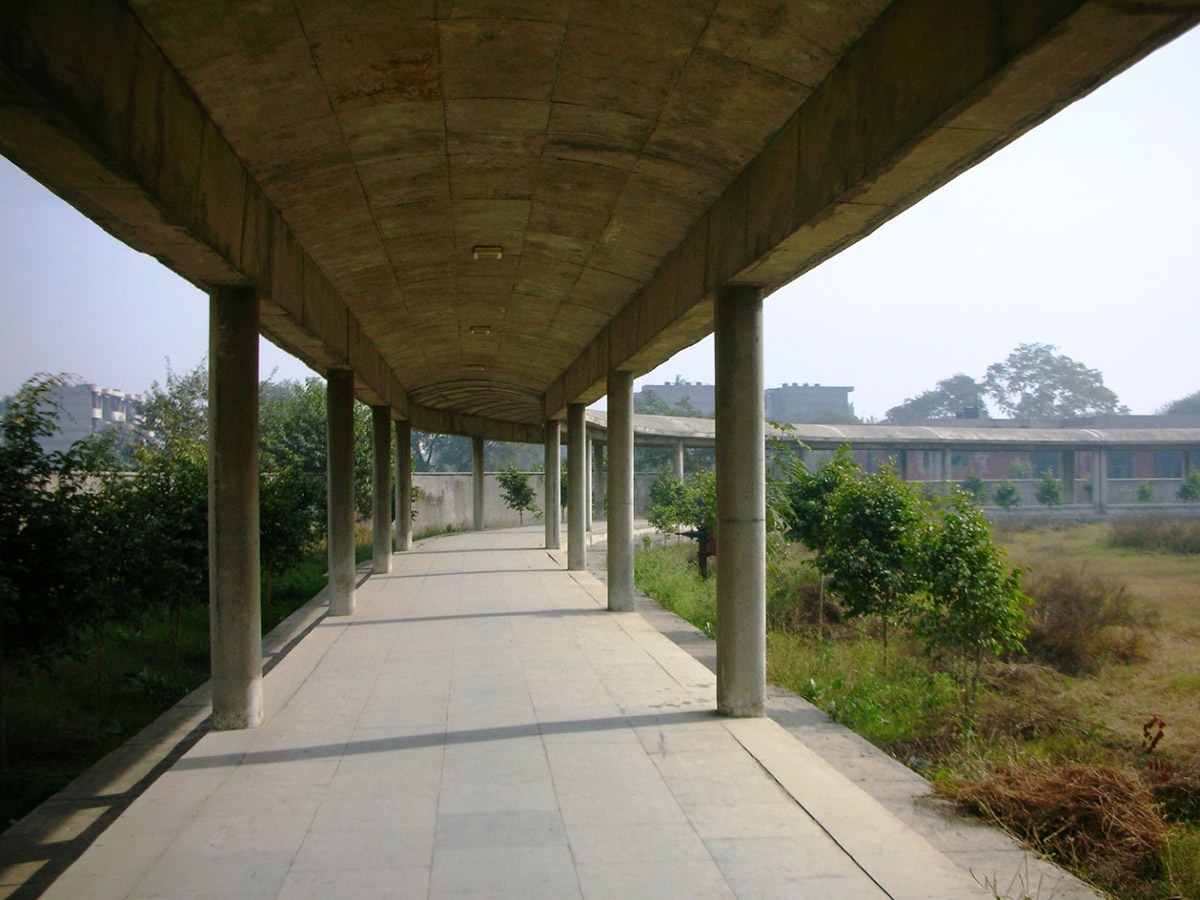 The design of this corridor exploits the potential of reinforced concrete especially, plasticity of the material. Specially designed and manufactured steel shuttering has been used and its natural expression on the external surfaces has been kept exposed. Plasticity of the material has been highlighted in the doubly curved surfaces of the vaulted and curved corridor and intersections of two corridors. 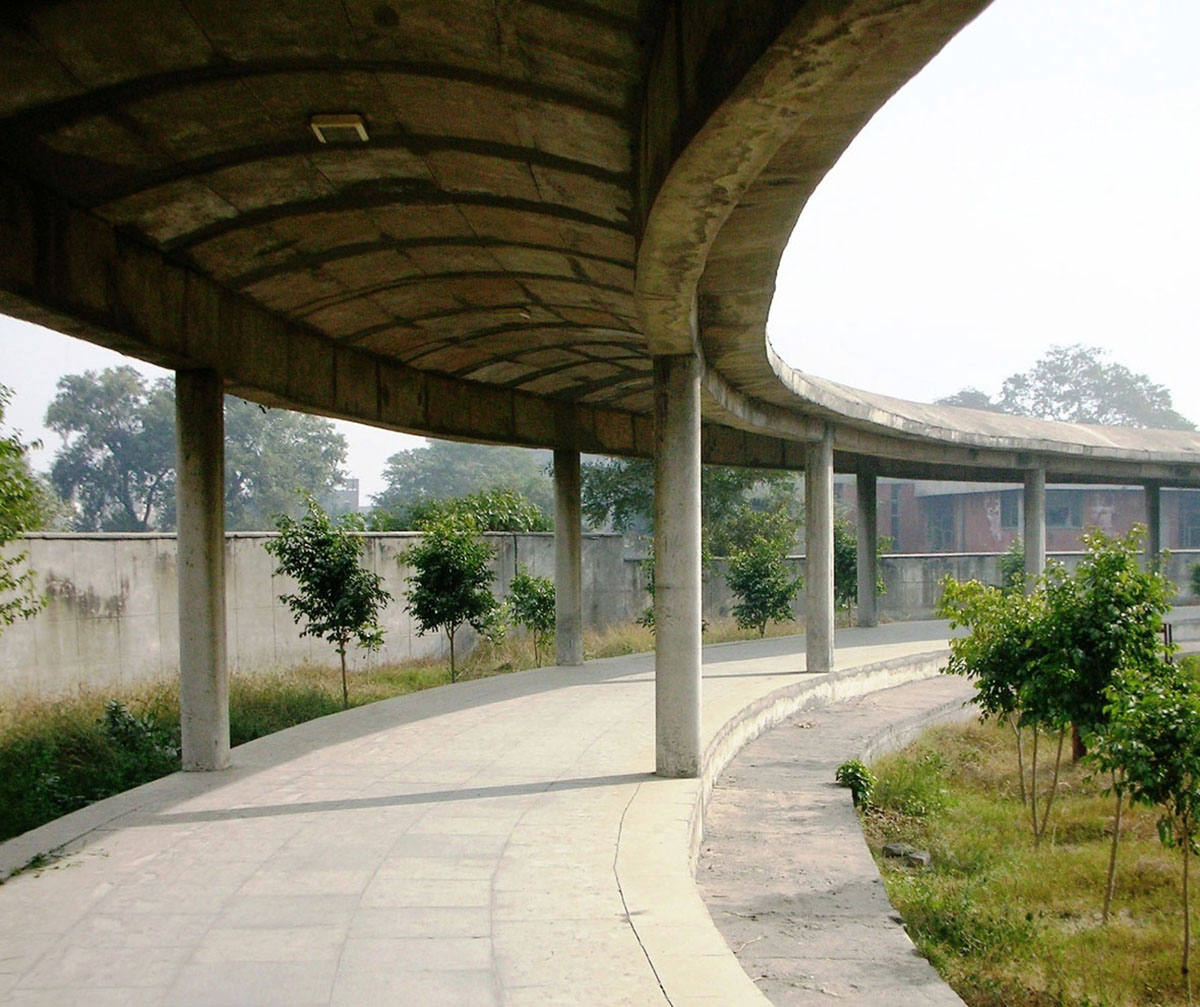 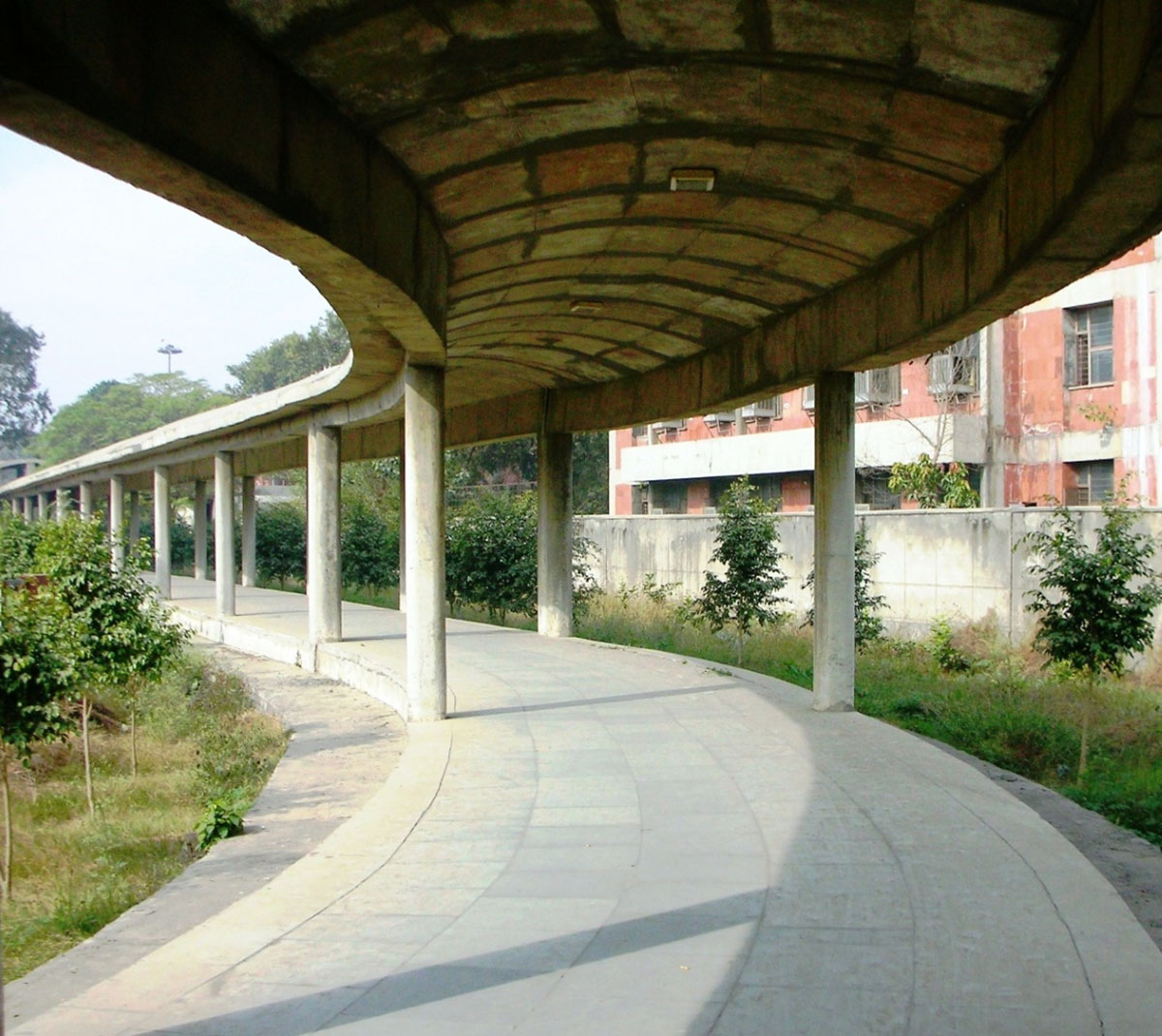 Due to the innovative and extensive use of exposed concrete in present times, the VSIMH complex has been adjudged as the "Outstanding Concrete Building in 2009" by the Indian Concrete Institute (Patiala Centre).

Since 'all records are made to be broken', architect Sarbjit Singh Bahga earnestly desires that let the younger architects come forward and break his world record of designing the 'longest covered concrete corridor'. 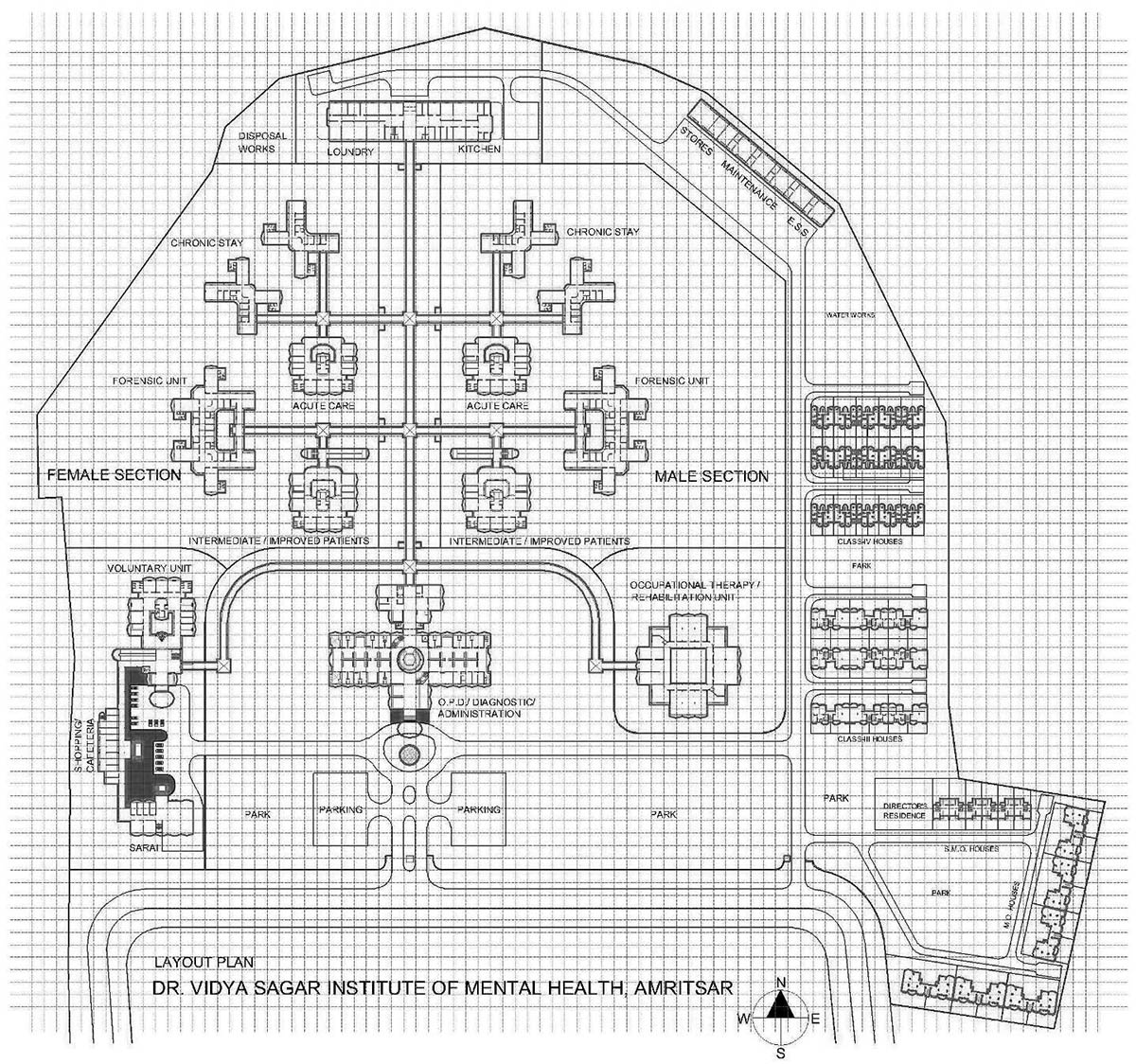 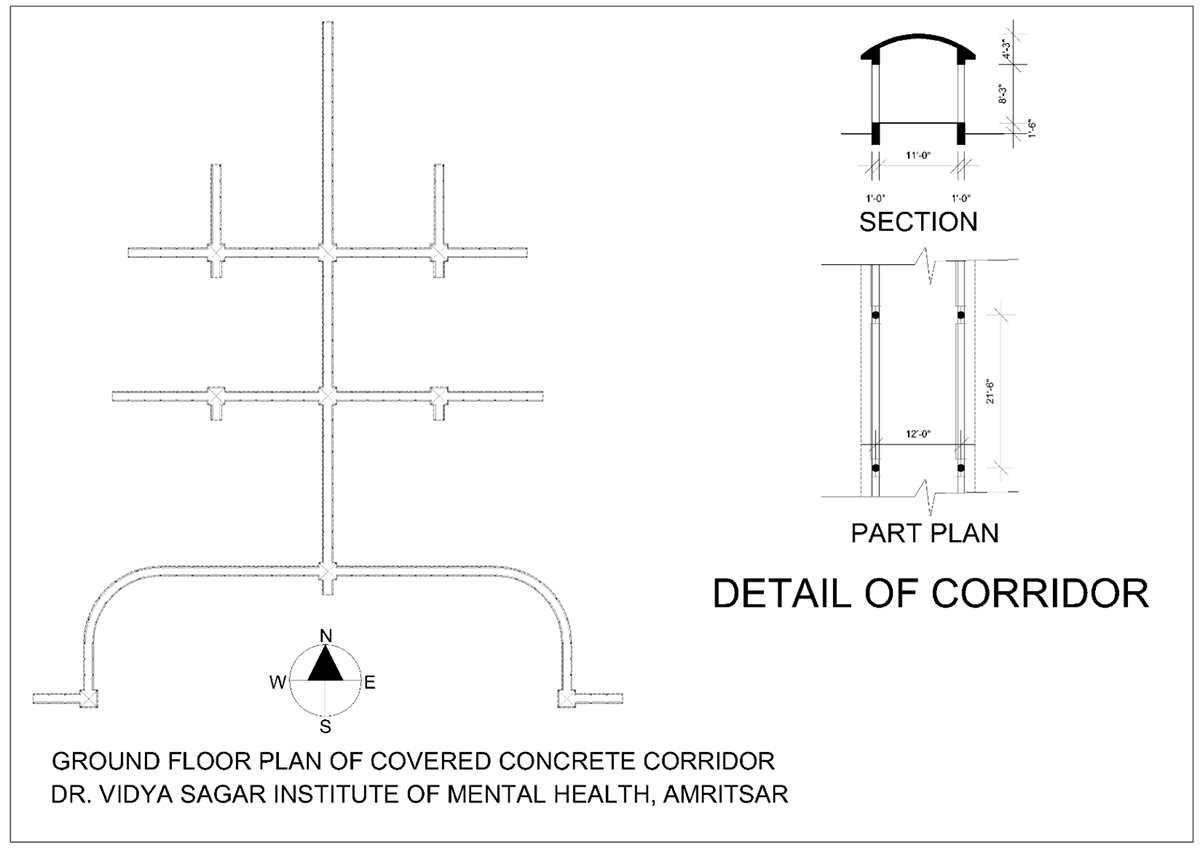 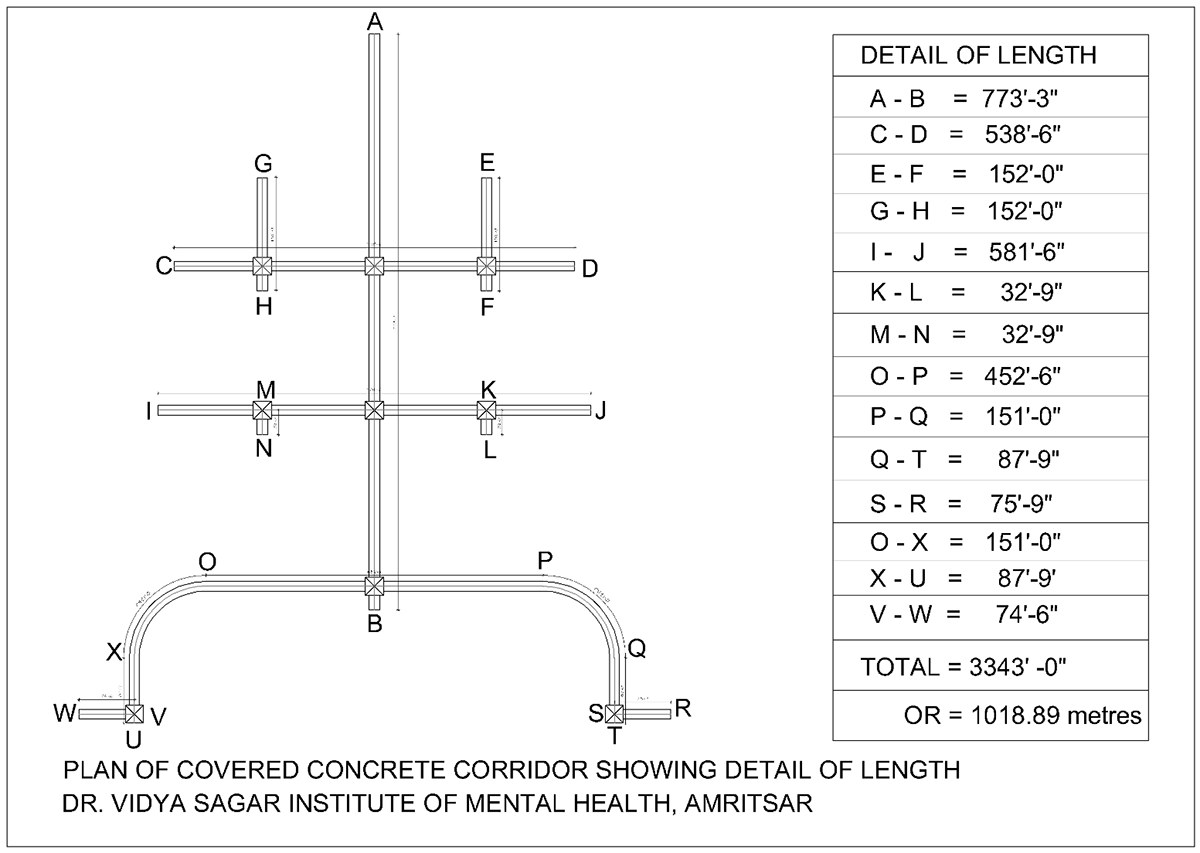