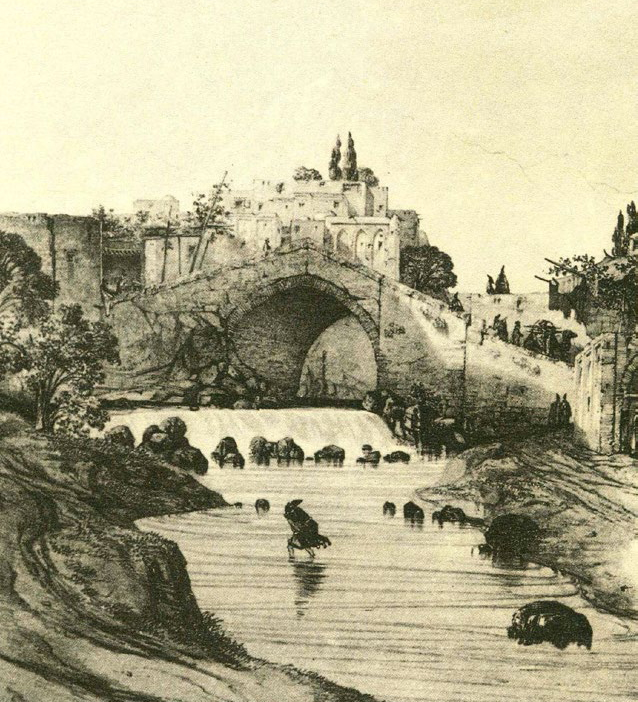 Hamedan [also spelled as Hamadan] is a city in west of Iran that its history dates back to Medes. The ancient city of Ecbatana was the court of many kings of the ancient time. The city was located adjacent to the Silk Road. Impeccable routes in the texture of the city were formed and developed from the ancient time. These routes guided the citizens through different parts of bazaar, and the bazaar itself was divided based on occupations [Specific routes named “Ra’aste bazaar” belonged to a specific occupation, including Ra’aste of shoemakers, leather manufacturers and etc.]. Numerous Caravanserais were scattered across the bazaar such as Golshan or Mirza-khani Caravanserais. Also, Hamedan was divided based on social status of its citizens, and a unique system of neighborhood was developed in the city. The growth of city might be due to its strategic location and its adjacency to the Silk Road. Today, nothing has been left from the Silk Road but a street, paved with asphalt behind the Hill of Ecbatana. In 1928, Karl Frisch, a modernist German engineer, proposed a new urban plan that was directly placed on the ancient city. The new master plan torn apart the ancient urban texture and offered a radial plan based on 6 streets. 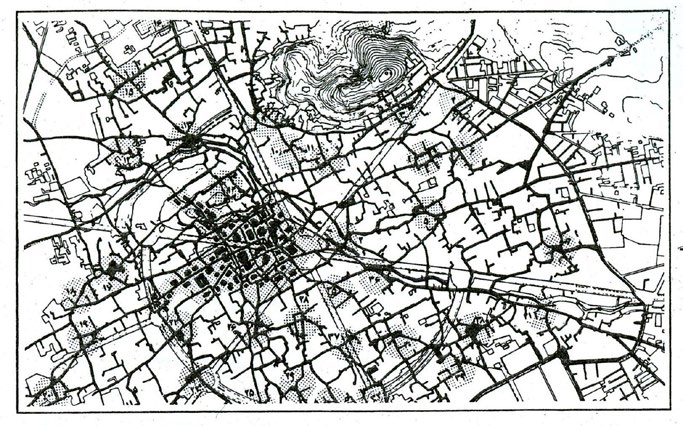 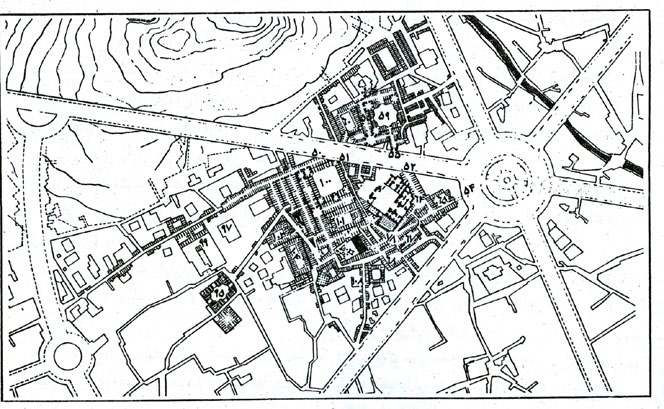 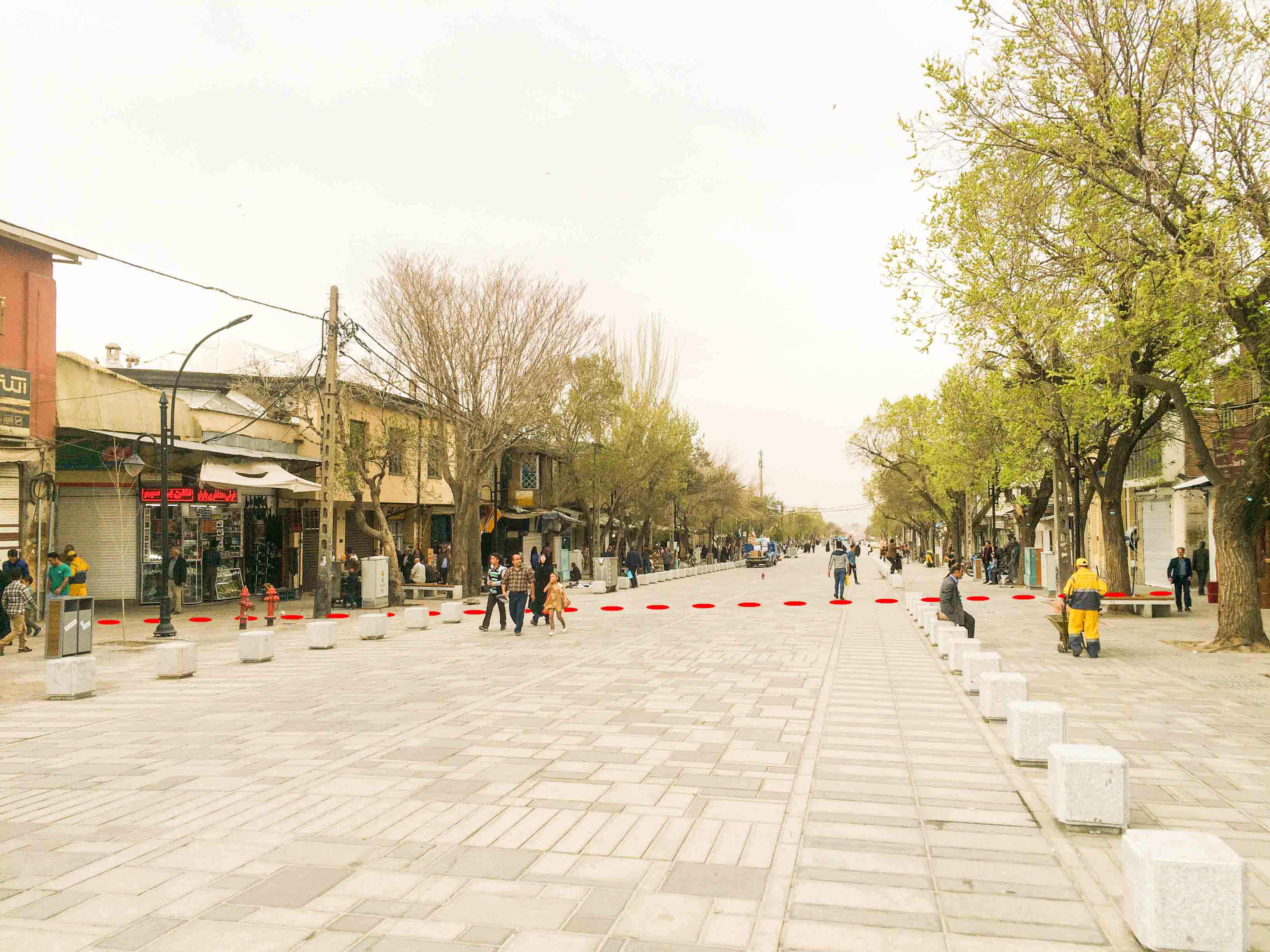 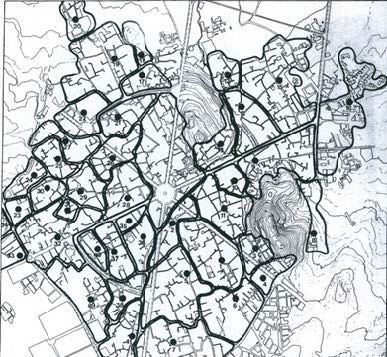 From 1928 to the date, commercial stores have been founded based on the new master plan and the city was expanded accordingly. It is quite apparent that machine age wanted to change every city and village to match the new age. Hence, destruction of the ancient pattern of the city was somehow evident. With Karl’s new master plan the city was going to embrace the new age. In last 5 years with rapid expansion of the city and construction of different bridges across the city, heavy traffic was created, especially in the center of the master plan. Later, Authorities tried to find a solution for the traffic in the central ring of the master plan. Their solution was somehow creative; turning the central streets to pedestrian streets. It is not the first precedent of its kind, similar approaches have been implemented worldwide. For instance, Strøget in Central Copenhagen has been turned into pedestrian streets in 1960s. 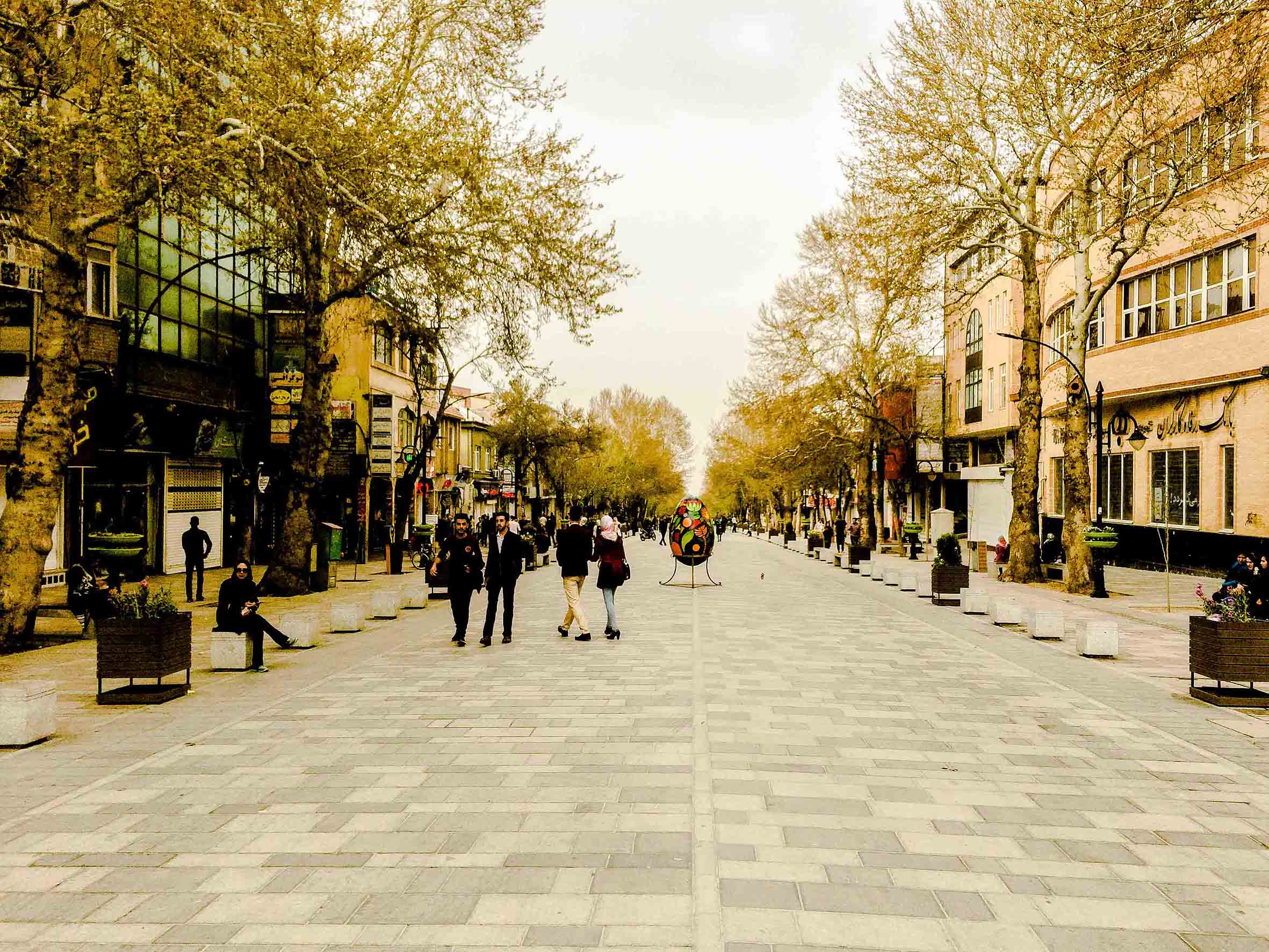 The pedestrian street of Buali Sina was the first phase of the new solution to the traffic. Besides, the street has been manipulated to increase the number of people who visit the zone as well as creating a tourist attraction. After completion, it was quiet a success in terms of increasing the number of visitors. However, there were unforeseen consequences. Before the new solution, vendors used the sidewalks after usual working hours of the stores to earn money for their families. After the new change, vendors were all over the place not only after work hours but also while all the other stores were open. City Council of Hamedan strongly prohibited activity of vendors in the central ring. At some point, municipality’s authorities had to ask for the help of police to control the new situation. Despite of the new problems, the project was partially a success but with its unique problems. 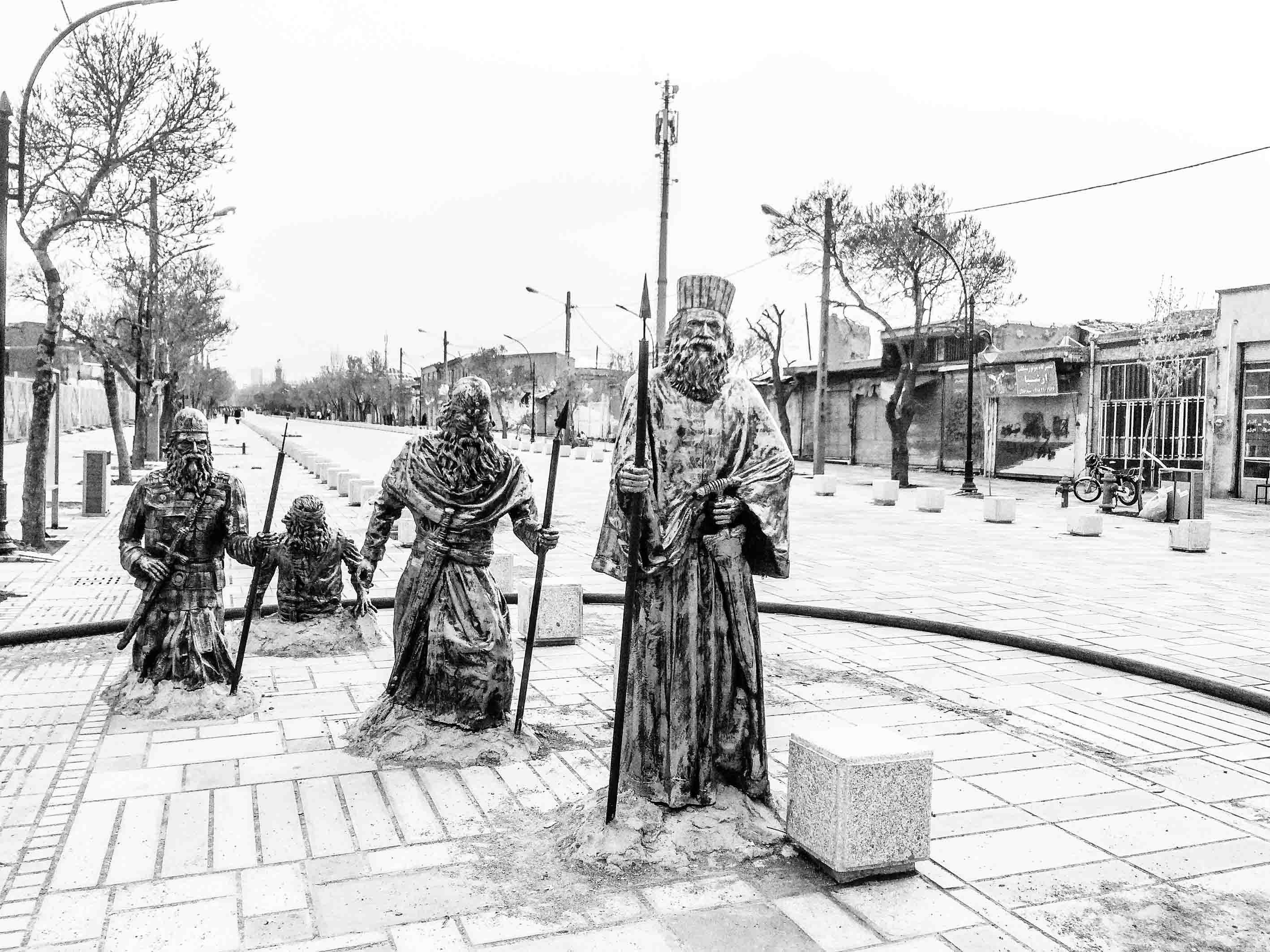 In second phase of the project, Ecbatana street, which leads to the Ecbatana Hill, is changing to a pedestrian street. In both streets, there are life size sculptors which resemble the intangible heritage of the city. Both projects are pursuing the lost connections between ancient bazaar and reviving the historical neighborhood system. In fact, there is a history for the context of the projects which caused the two to be a partial success for the city council and municipality. 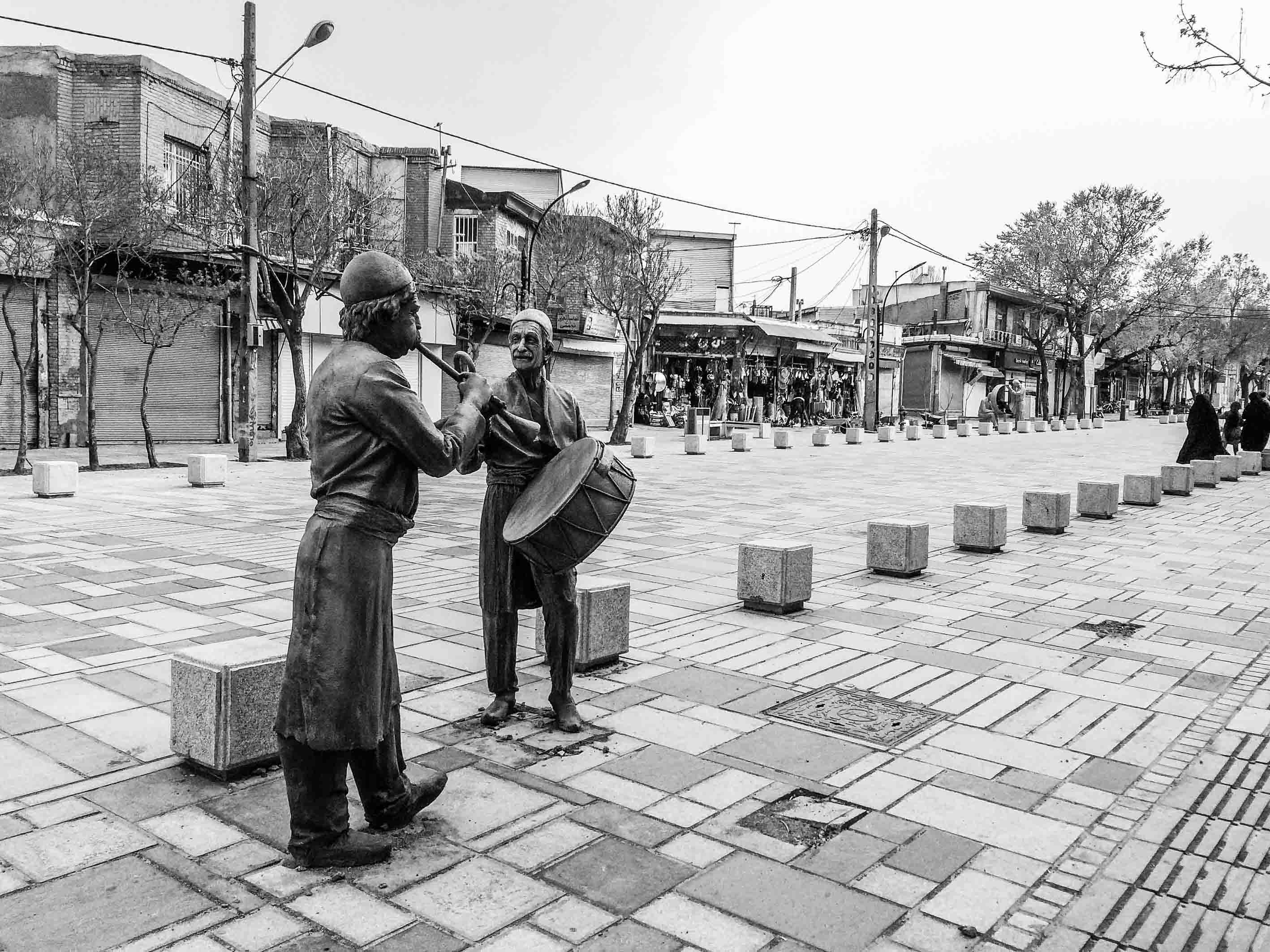 They can be seen as successful projects because they have achieved the intended goals. Now, number of tourists has increased by 50% in 2018. However, there were other unforeseen consequences which could be solved by early stage analyses of the context. 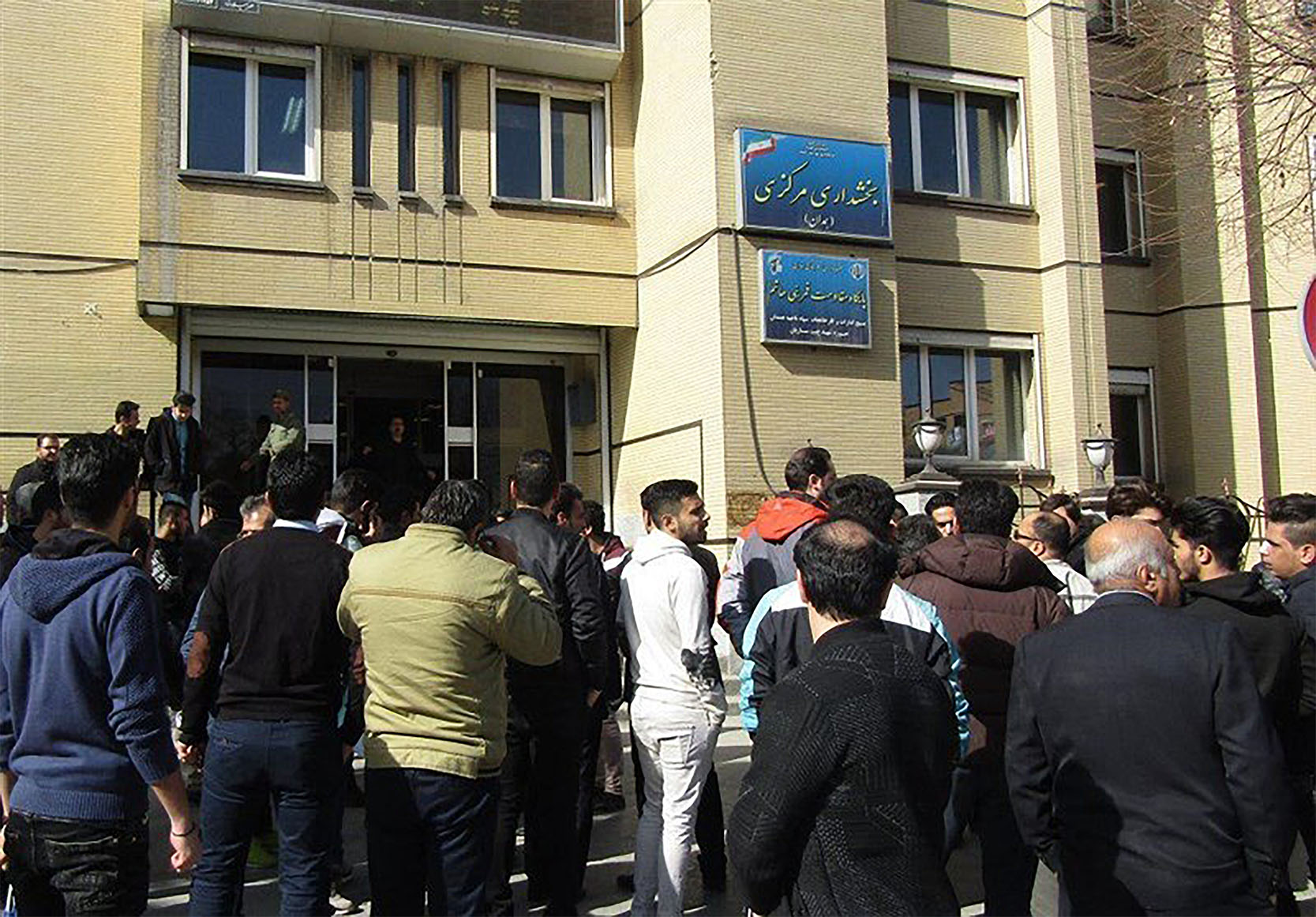 Shopkeepers and business owners of Bu-Ali Sina street protesting to problems caused by vendors on the streets in 2017. Image courtesy of Tasnim News

The city council and municipality hope to preserve and compensate the damage caused by the Karl’s masterplan. However, changing streets to pedestrian streets does not end here. Eram Boulevard of Hamedan, which one of its contemporary landmarks was described on the WAC, is a contemporary place with no special historical background, where people use their cars to spend their free time. They use the boulevard as a runway with their cars and often park their cars and start walking on the huge sidewalks of the boulevard. On the other hand, they usually picnic on the sidewalks of the boulevard on weekends and the boulevard is used as a social gathering place as well. 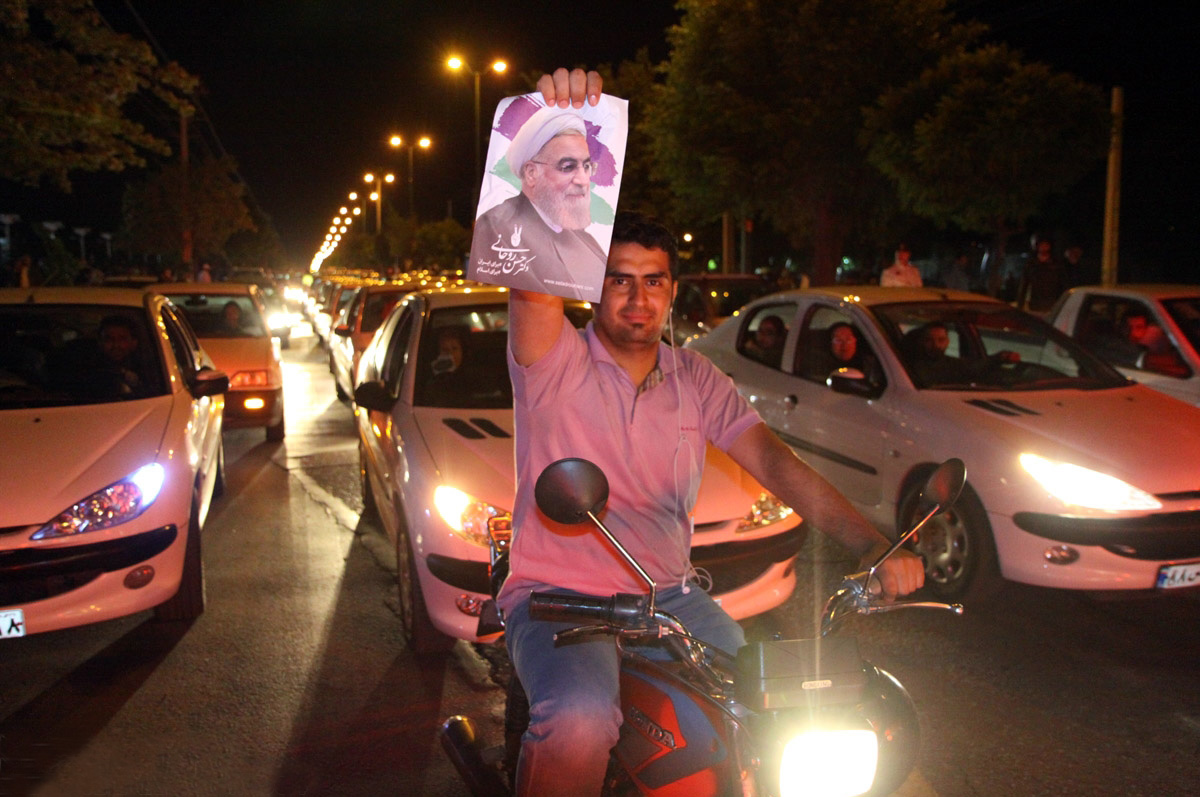 Municipality has recently announced that the boulevard is going to be more pedestrian-oriented by expanding its current huge sidewalks. It is not possible to turn the street completely into a pedestrian street since different tourist attractions are only accessible through the boulevard. After announcement, citizens were somehow shocked when they heard the news. They will partially lose their only social gathering place in the city by losing the street lanes. After elections or sport games, the boulevard was a place that all citizens gathered and shared their emotions and happiness. Many people come with their families to watch events and they usually use their cars to protect their families from the crowd. This new set of behaviors that belongs to Hamedan, is a part of the modern culture of the citizens and it cannot be ignored. 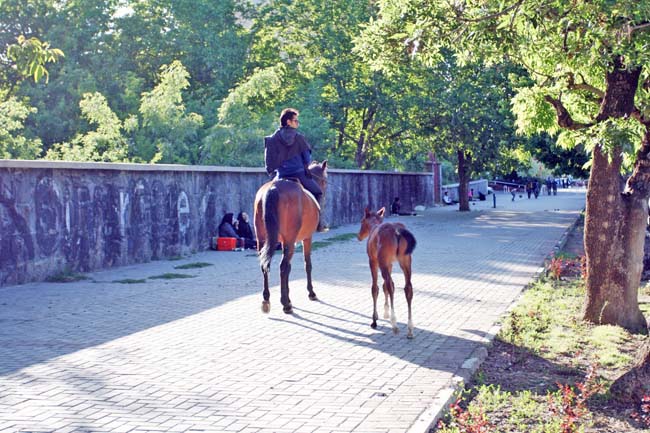 This issue raises the question among scholars and professionals that whether the boulevard should become more of a pedestrian-oriented boulevard or not. It is noteworthy that some of the professionals and scholars still do not believe that changing Bu-Ali Sina and Ecbatana Streets to pedestrian streets was a success because of its unforeseen consequences and problems. However, we can still assume that two former projects were successful because they resemble the history of their context and try to repair the historical urban texture but the Eram’s project is going to damage the current culture of the city. This project is going to be a good example of the contemporary debates on role of architects and urban planners on shaping the future of our cities. It is good to make our cities more walkable again but should we ignore the recent culture we have created? Isn’t the modern culture a part of our common history in next 100 years? Isn’t the modern culture a part of our intangible heritage for our children? And the most important question; what is the role of us as architects and urban planners in shaping the future of our cities? Are we supposed to implement our own ideas? Or are we supposed to reflect only the values and culture of the people in our designs? Or is it a combination of both?

Whatever the answer is, it has been proved that participation of citizens in shaping the future of their cities results in increase of place attachment, and as a result, citizens will feel more responsible for their cities if they do not face sudden and overnight decisions. We should avoid another inverse experience.

Top Image: A general view of Hamedan. Image courtesy of Geographical Division of Armed Forces in 1955.

> via the Municipality of Hamedan and Tasnim News Agency