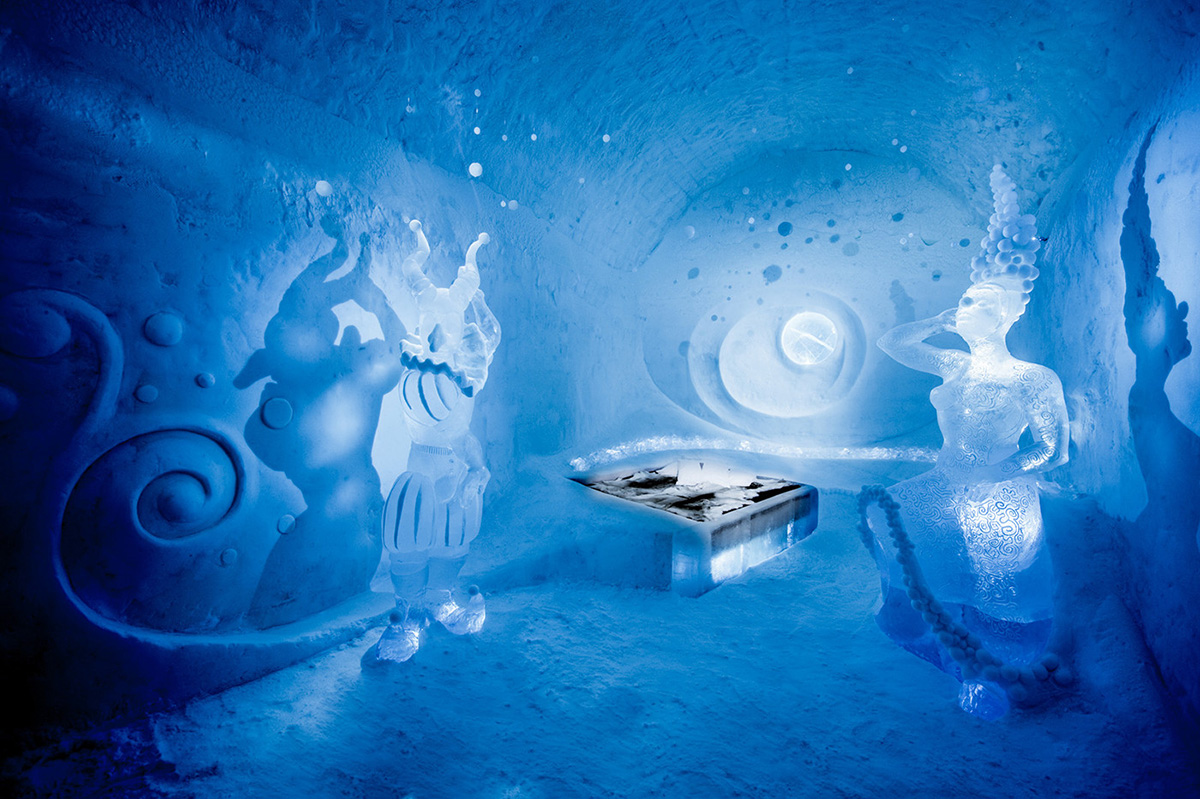 Imagine you fall a sleep in minus five degrees Celsius in elegantly designed suites with mesmerising artworks, cool bar, sculpture gallery and event hall, which are all a part of a new Ice Hotel 365 in Sweden- opened its doors on 16 October, 2016. Designed by Swedish architect and sustainability designer Hans Eek, Ice Hotel 365 combines state-of-the-art architecture and sustainable energy with the ice art that draws winter visitors from over 80 countries every year.

The new building was erected on the current site of the ice storage, adjacent to the existing Ice Hotel, with the entrance facing north-west (towards Dressing Room service building). These facilities will be open 365 days of the year. 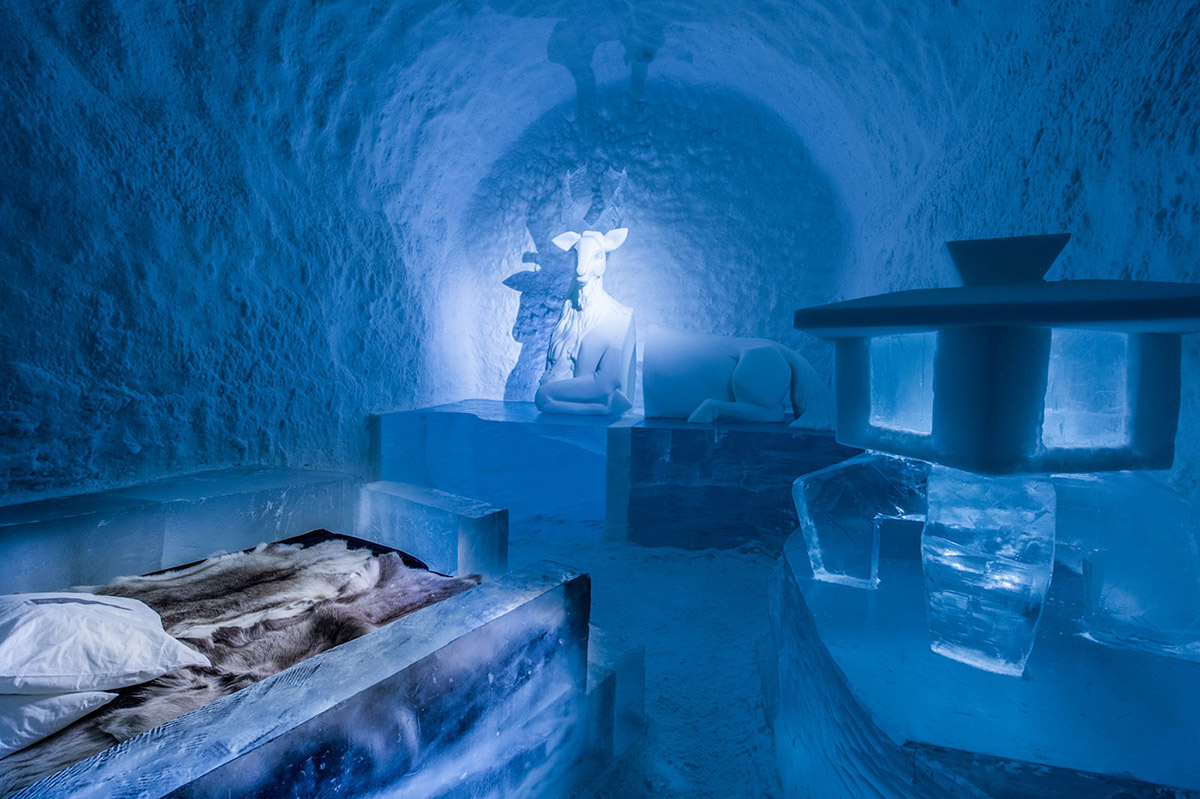 The interior in Ice Hotel 365 will hold the same standard and visual design as the winter structure. The exterior in winter forms the same shape and look as the adjacent winter structure, and in summer, the arched roof will be covered in grass. 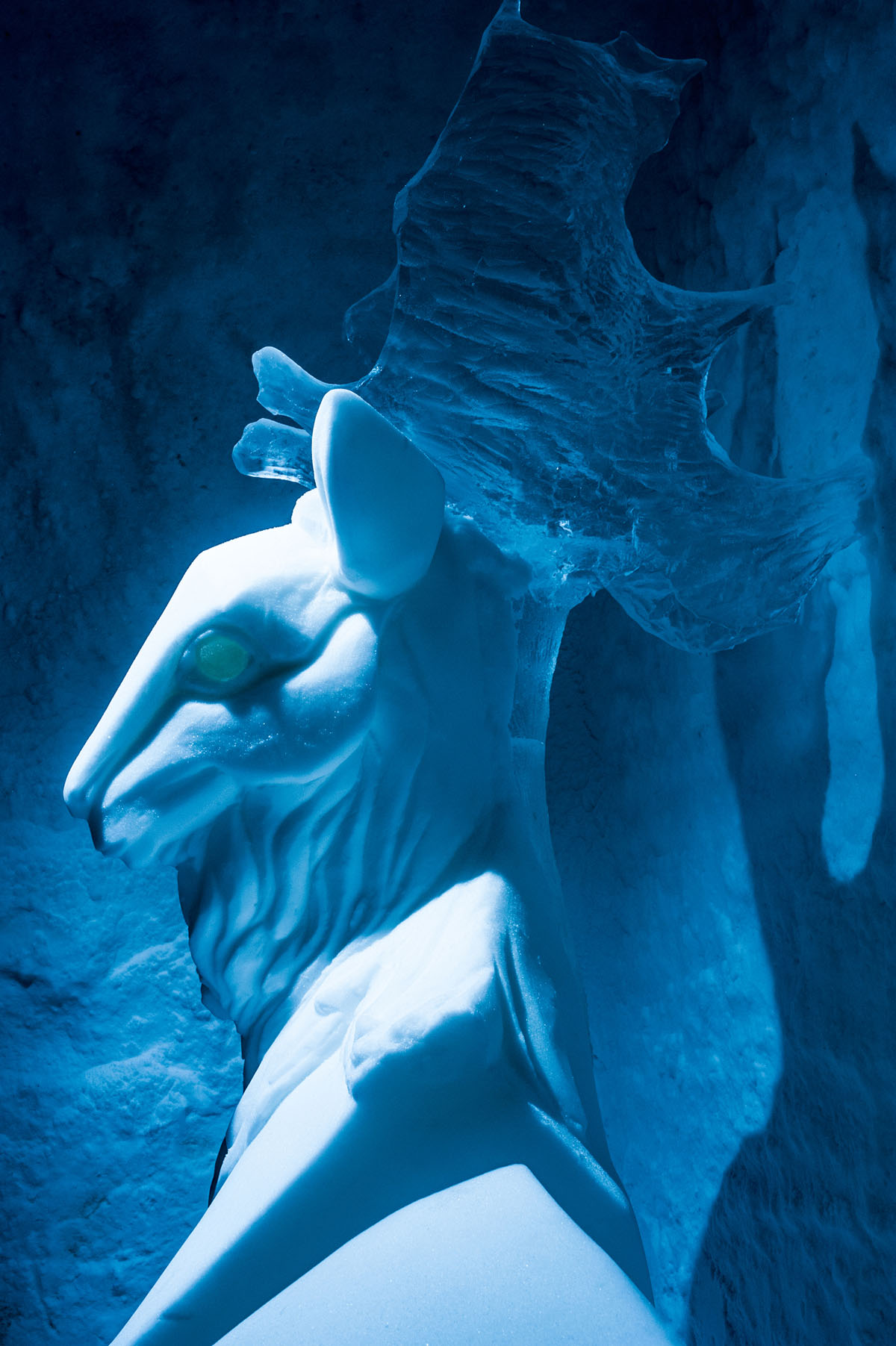 Located on the banks of the Torne River in Jukkasjärvi, Sweden, Ice Hotel 365 has taken a number of steps to reduce its effect on the environment, including minimising emissions from transports and deliveries by choosing local producers and managing more services on-site. 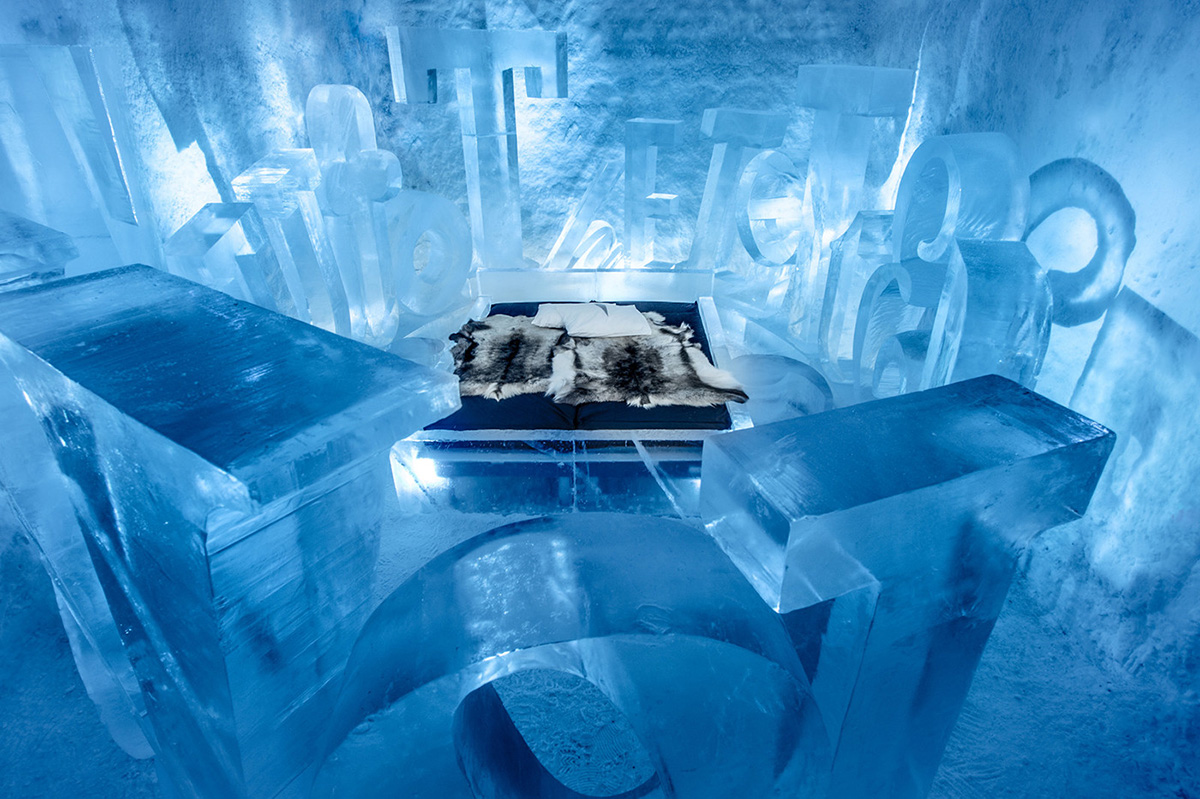 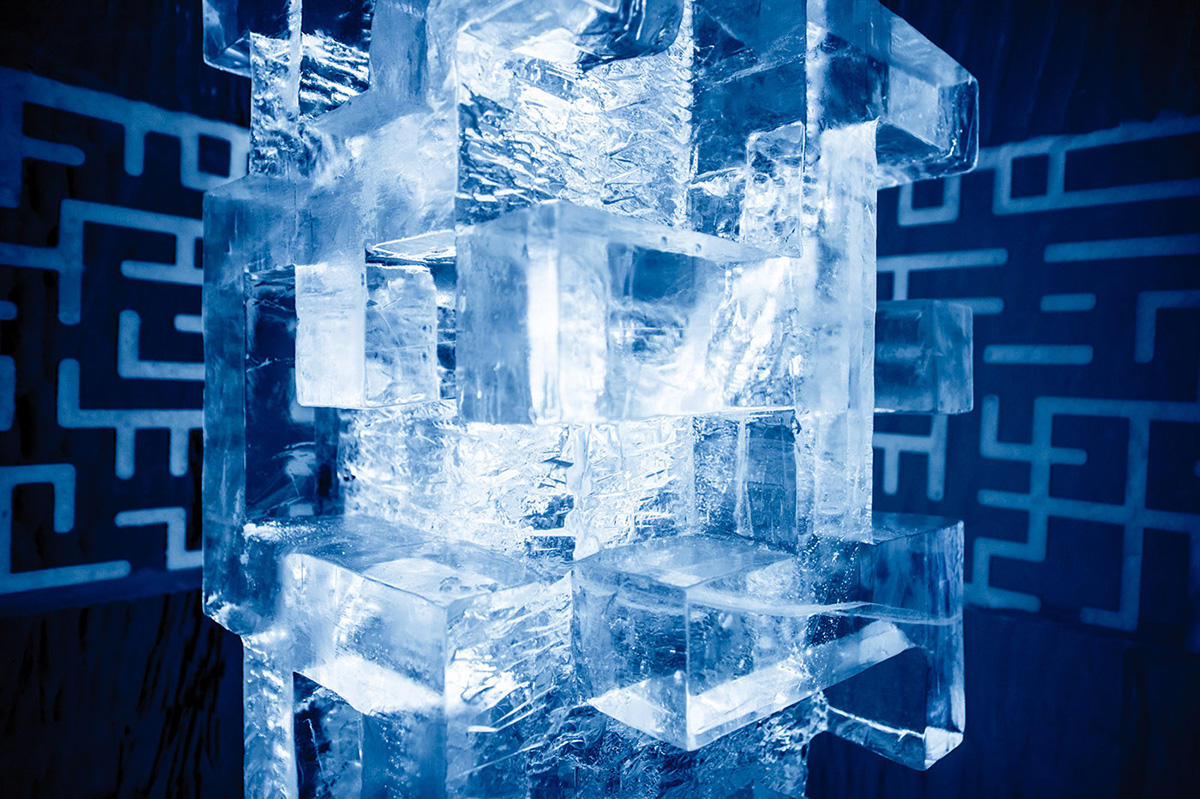 Since 2008, the company has implemented energy- saving schemes across the hotel facilities in collaboration with energy partner Gävle Energi, including electricity, heating and water usage by staff and guests. 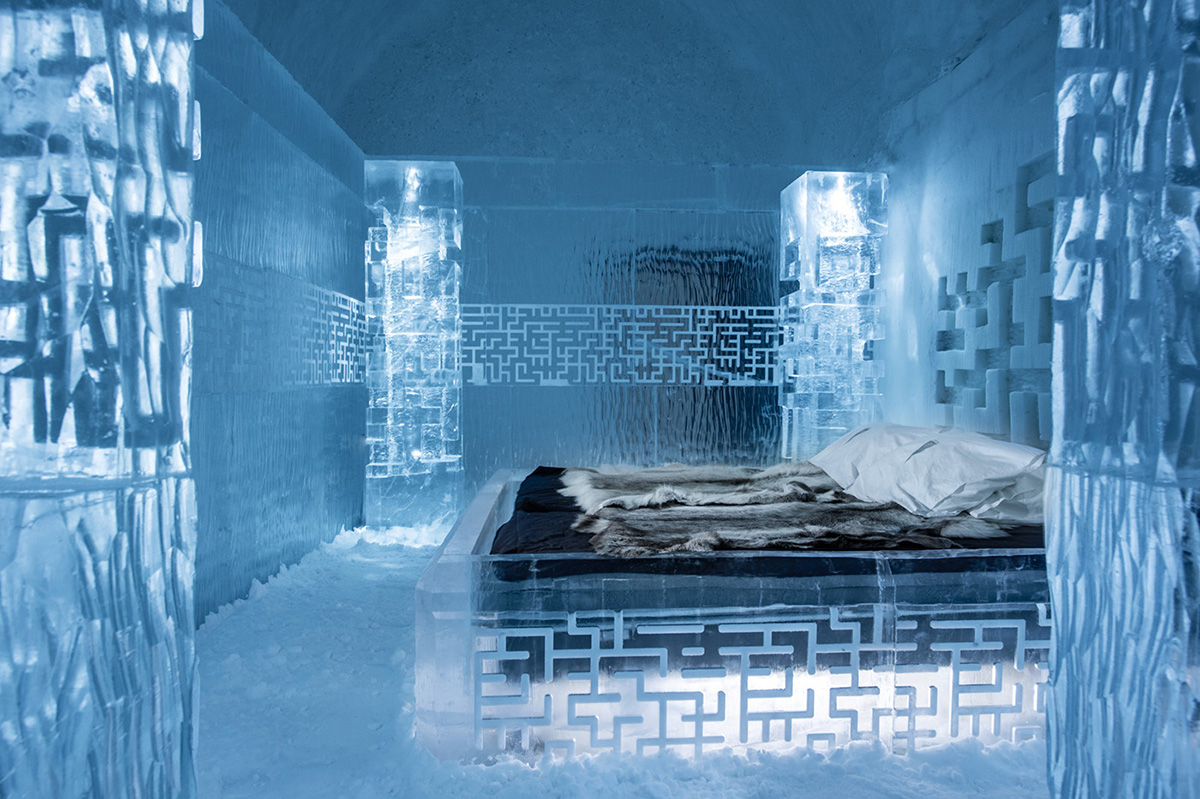 Ice Hotel monitors its energy consumption and environmental impact carefully and strive to encourage subsuppliers to meet the same environmental standards in the products and services that Ice Hotel uses. 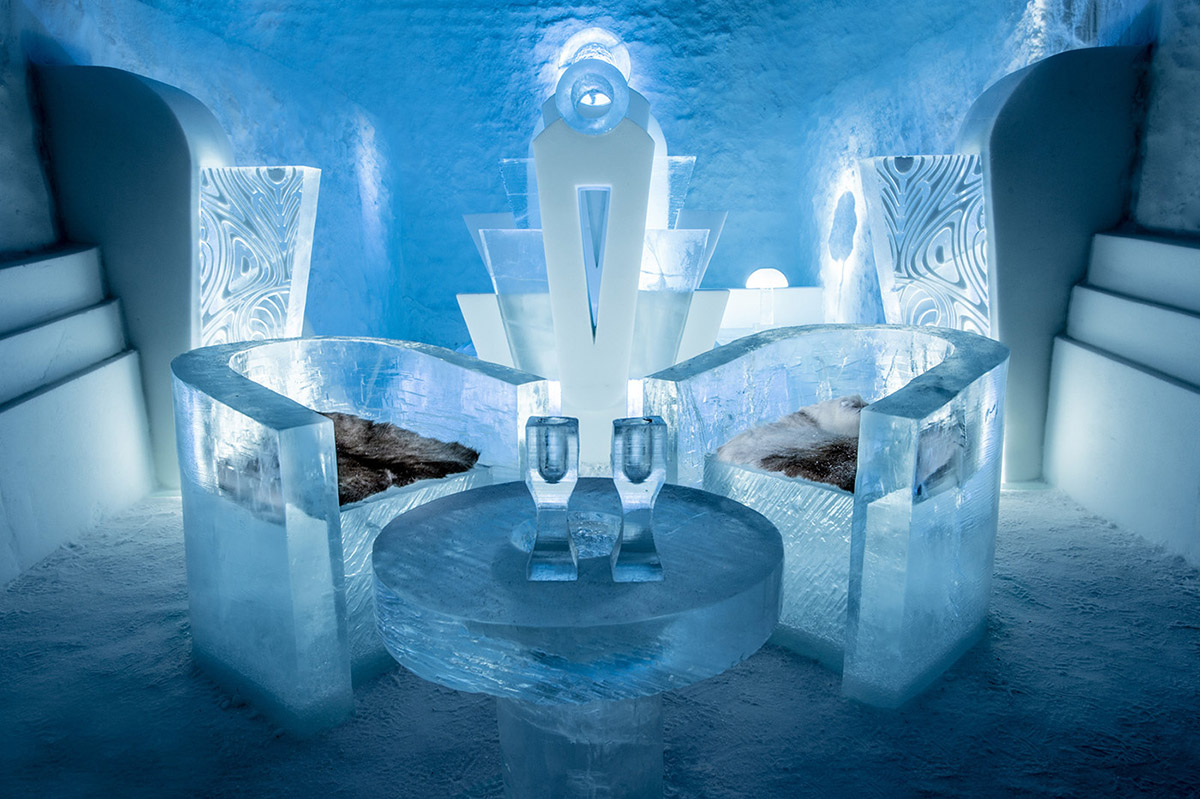 Around 30,000 liters of water from Torne River has transformed into snow and several tons of ice have been harvested from the river to create both parts of Icehotel. On December 16 the 27th Icehotel will be completed on the riverbank and the guests can enjoy and be inspired by a total of 55 rooms. 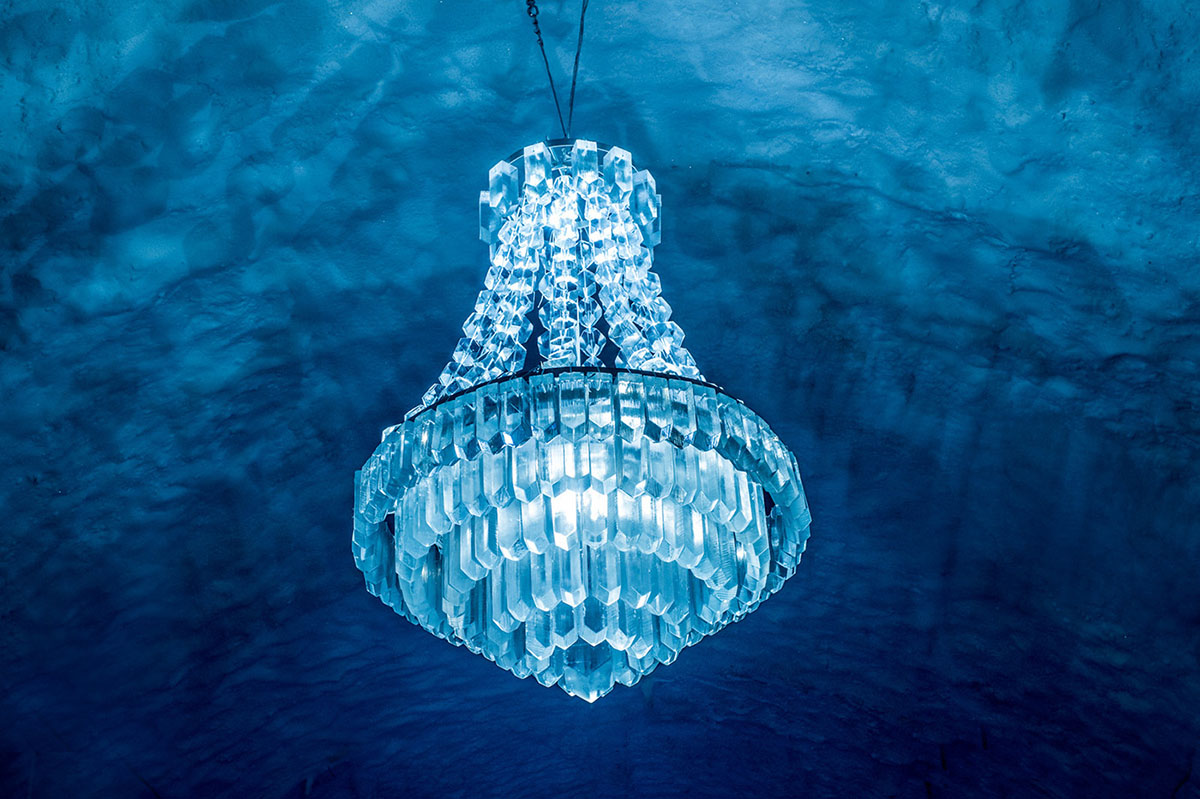 The guests can already sleep in Art and Deluxe Suites made from ice and snow, savor the delicious food and through tailored activities experience Europe’s last wilderness. 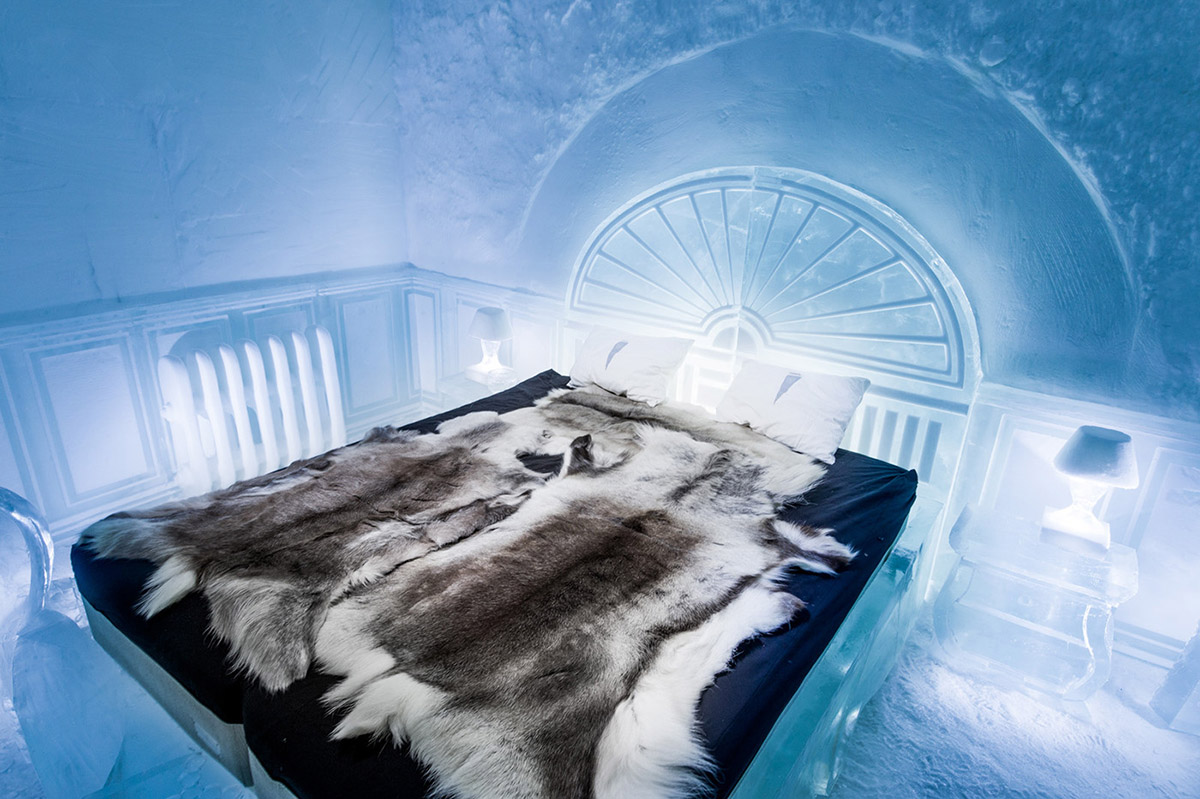 ''What’s fascinating is that the sun which melted the art in the past, is essential for making the year-round art experience possible. The art in the permanent part of Icehotel will also change during the year and melt back into Torne River again,'' says Arne Bergh, Creative Director at Icehotel. 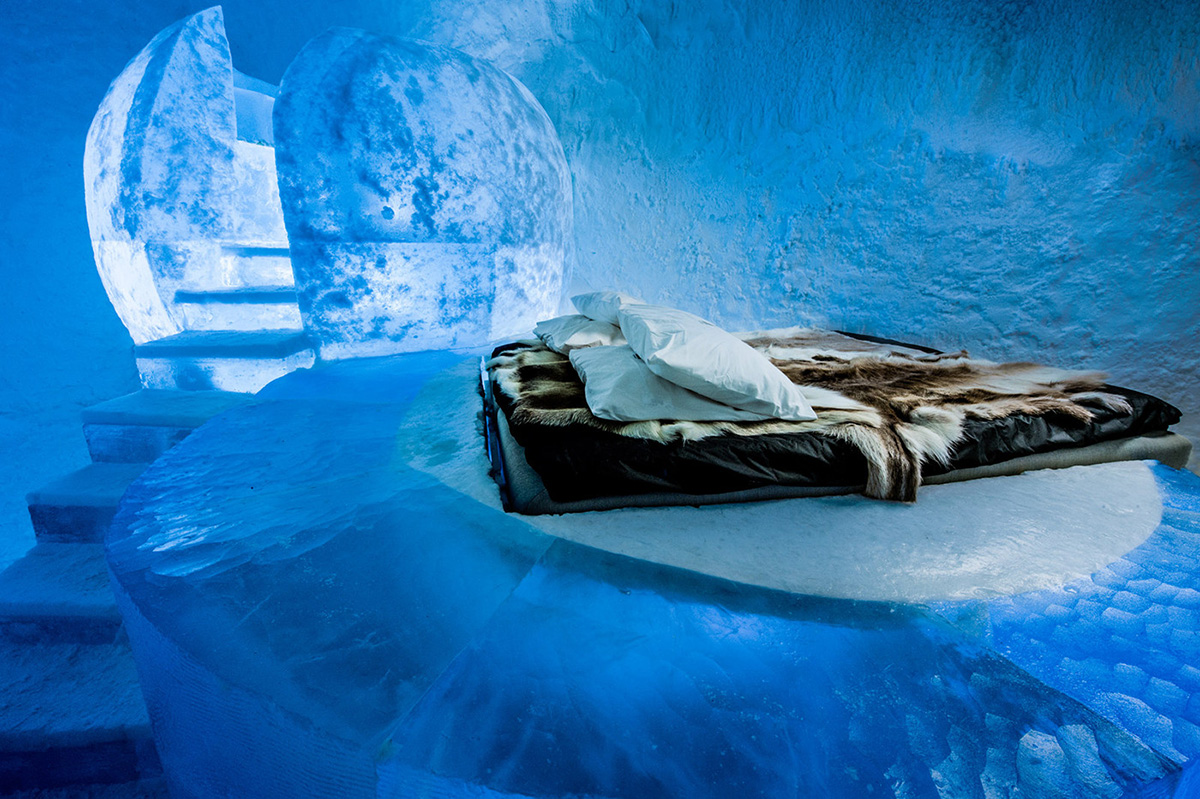 Over 40 designers, architects and artists have designed the interior spaces of Ice Hotel 365 including Norwegian-Italian Luca Roncoroni-who has created an elegant apartment inspired by the Victorian era and for those who worry about freezing during the night, a (hot?) element is placed by the bed and Swedish duo Tjåsa Gusfors and Patrick Dallard-who has designed a special dancing suite -named 'Dancers in the dark'. 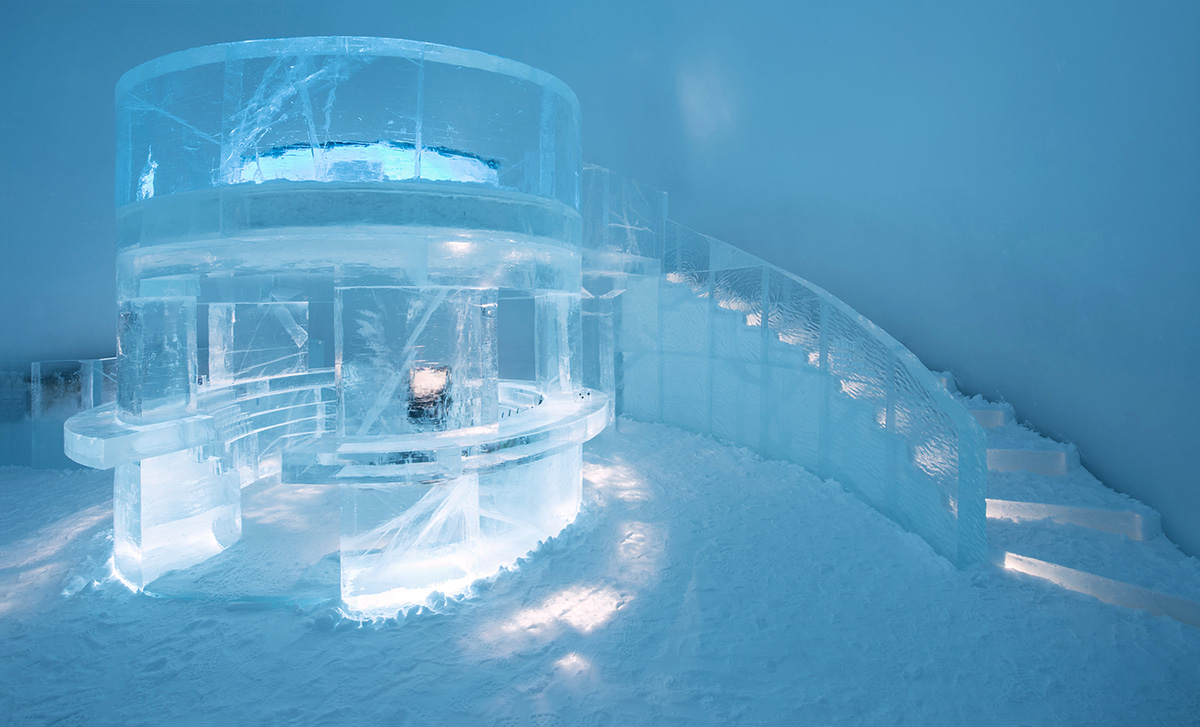 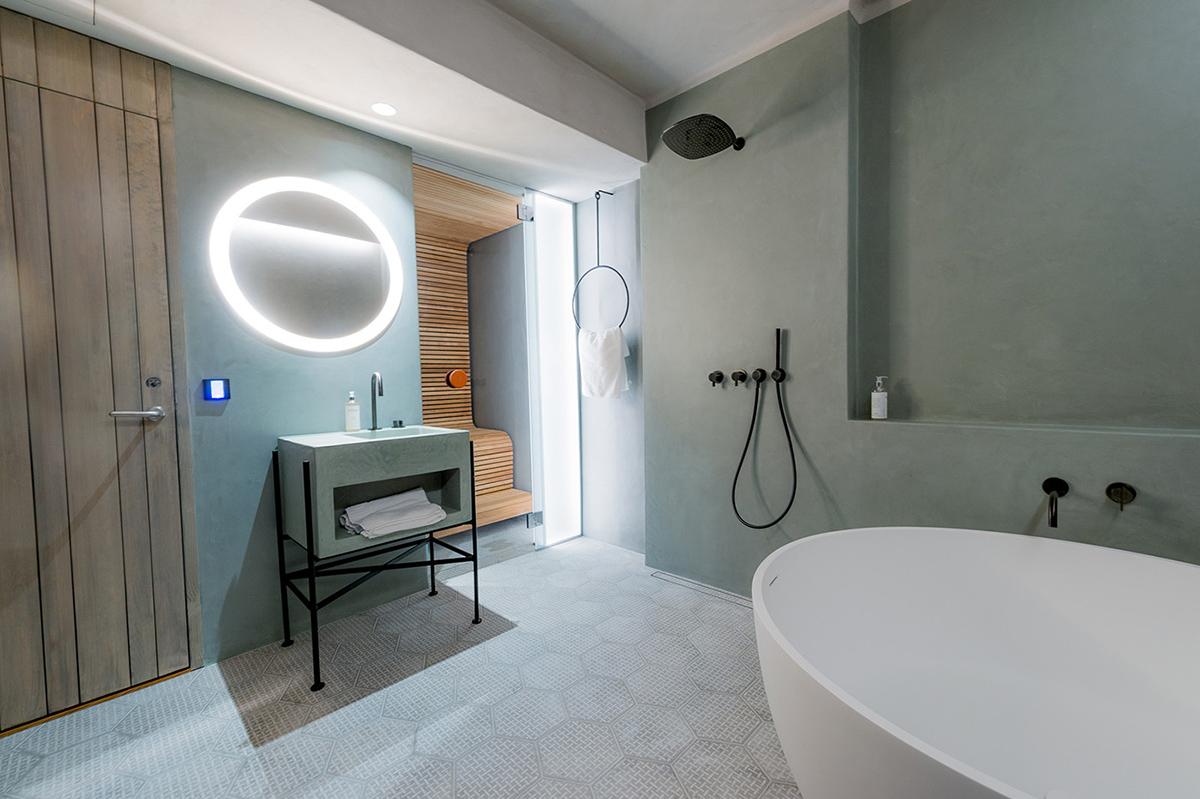 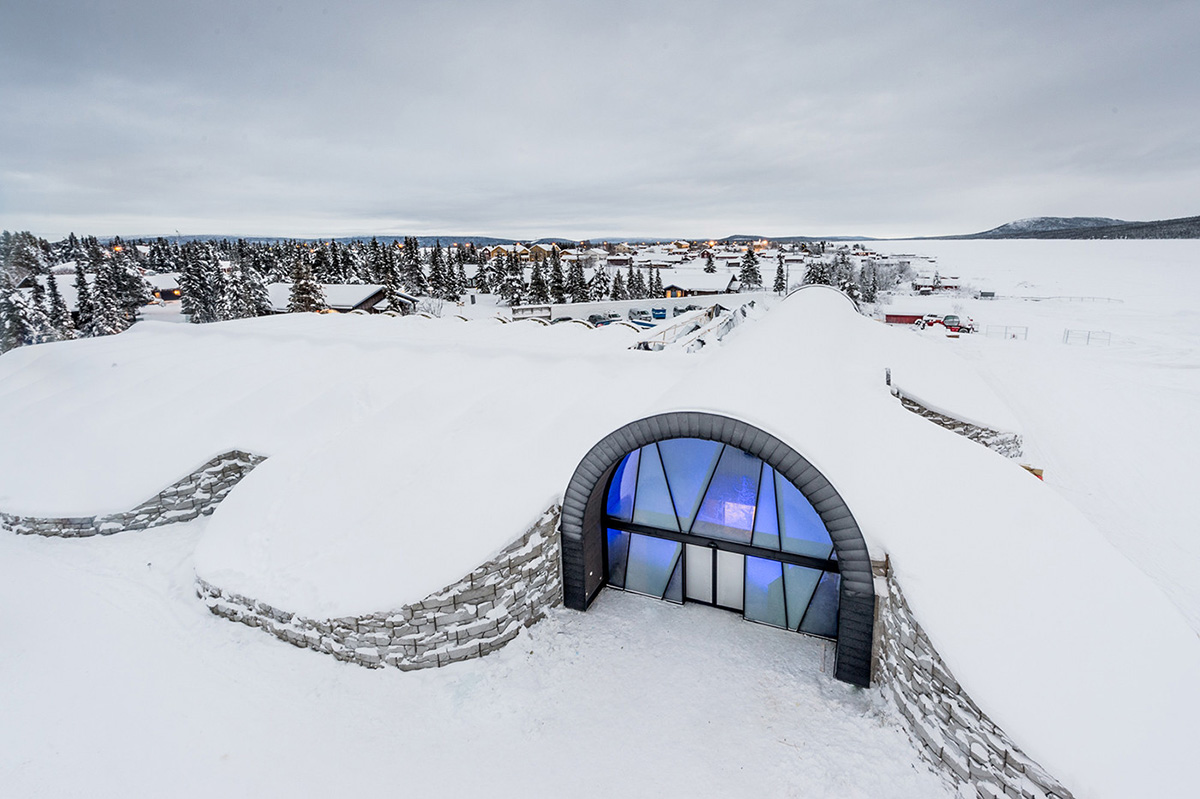 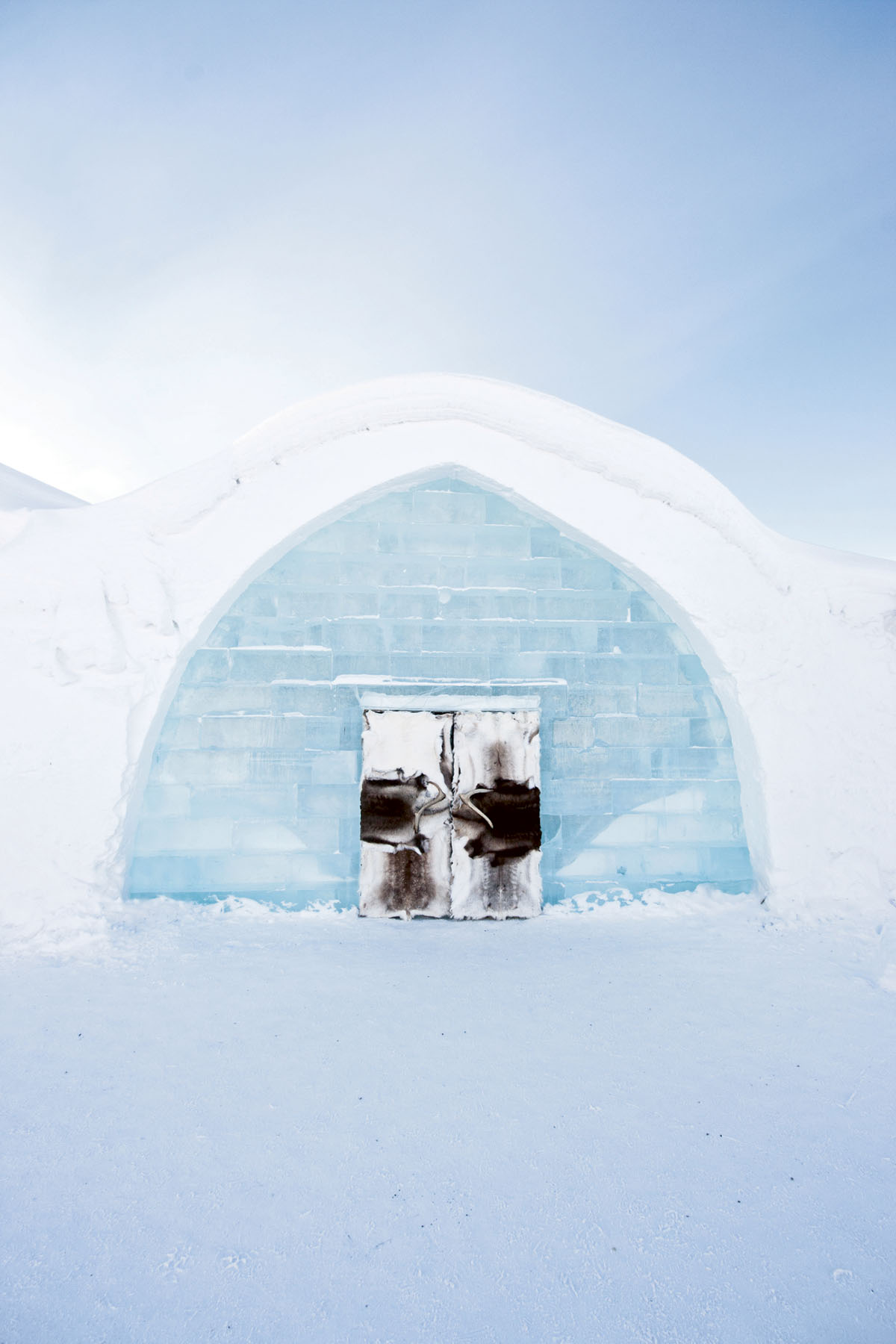 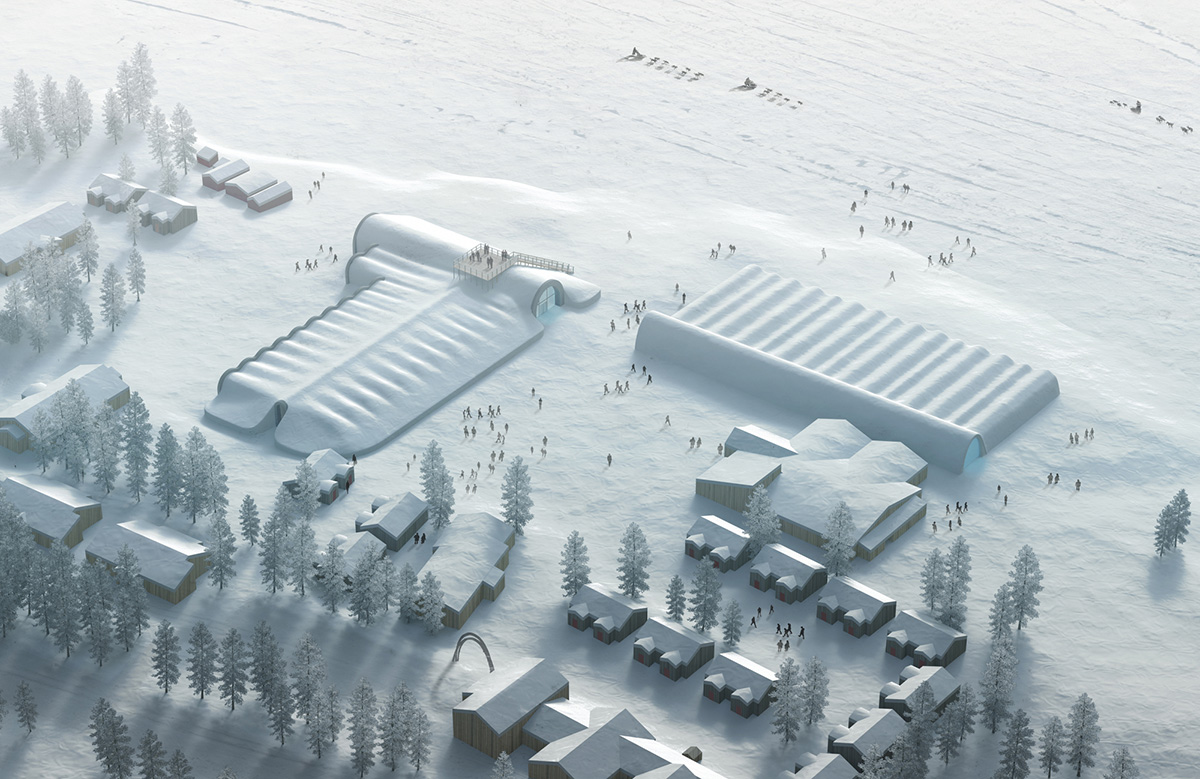