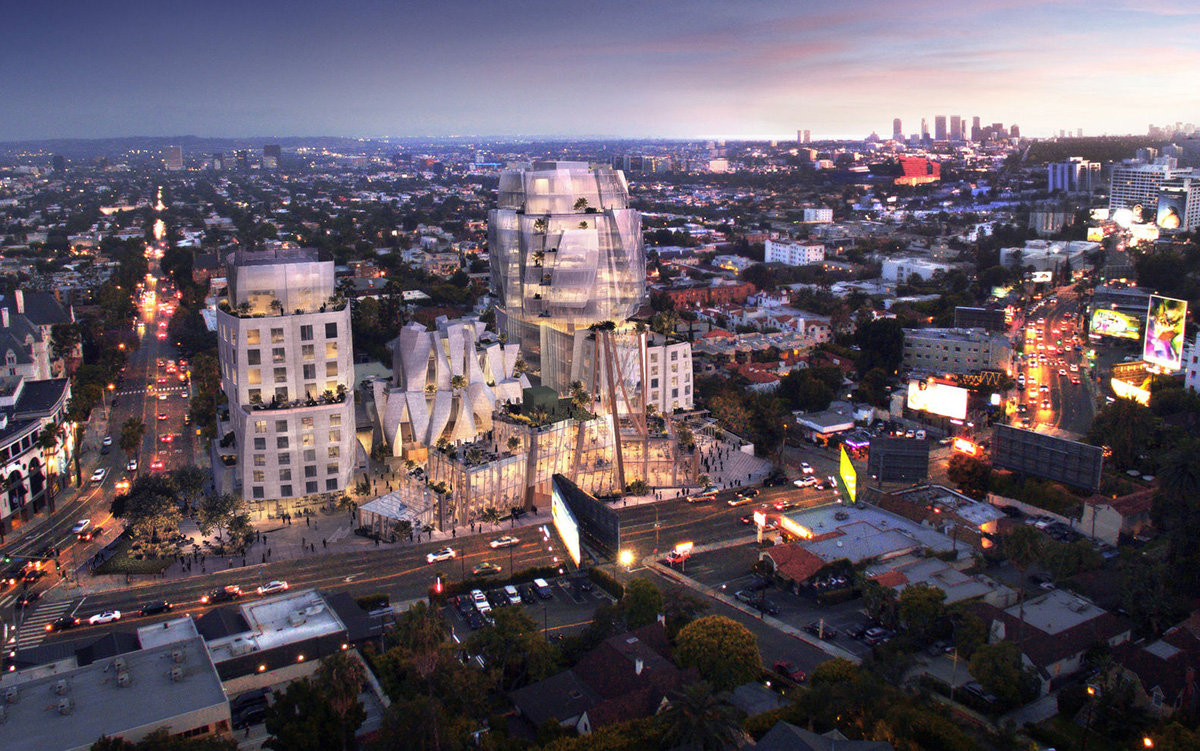 Frank Gehry's 8150 Sunset Boulevard approved by L.A. City Council in August, but the Commission wanted to be added 28 more affordable housing units (15% of the total stock). Gehry's cascaded and intertwined structures had been criticized before due to lack of affordable houses by Ryu’s Chief of Staff Sarah Dusseault by saying that ''the commissioners that setting such a low bar for affordable housing would set a bad precedent as the city is in the midst of an affordable housing crisis.''

[.....] the developer, Townscape Partners, agreed to reduce its tallest tower to 178 feet and add more affordable housing and more parking spaces. It will also provide $2 million to ease traffic congestion.

The project will have 229 residential units, including 38 for low-income families. There will be 65,000 square feet of commercial space and a pedestrian plaza. Many of those changes came after the area’s councilman, David Ryu, released a lengthy letter outlining his concerns over the density and height of the development......Continue Reading

Frank Gehry designs a new mixed-used development called ''8150 Sunset Boulevard'' in Los Angeles. ''8150 Sunset Boulevard'' developed by townscape partners, the budget of the project is $300 million USD that comprises five distinct blocks, located in the inviting publc square and inserted according to the character of the neighborhood and its surrounding. Considering the architectural style of Frank Gehry, these distinct buildings have again sculptural quality that is charming for the public.

Frank Gehry unveiled first images of the proposal last year in September. The 8150 Sunset Boulevard is still waiting on its landing website.